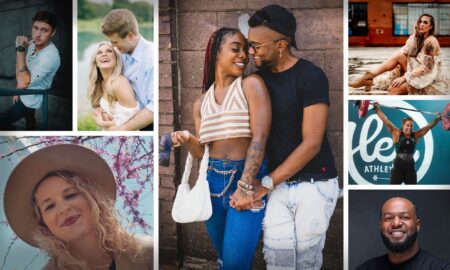 The Most Inspiring Stories in St. Louis 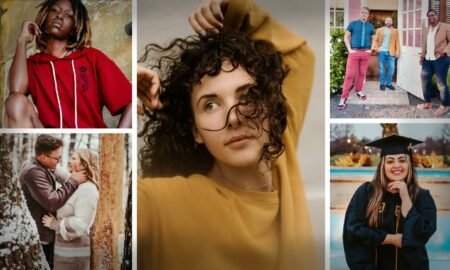 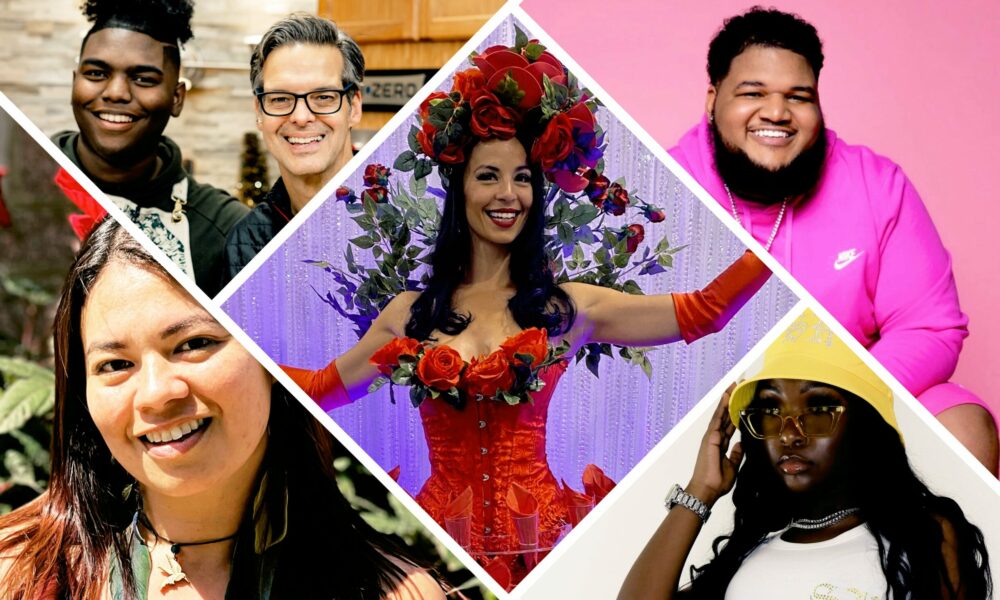 It’s more important to understand someone than to judge them. We think the first step to understanding someone is asking them the fundamental questions about who they are and how they became the person they are today. Understanding and empathy are essential building blocks for a better, more compassionate world. We’re incredibly fortunate to be able to ask these questions each week through our interview series. Below you’ll find inspiring interviews from in and around St. Louis. 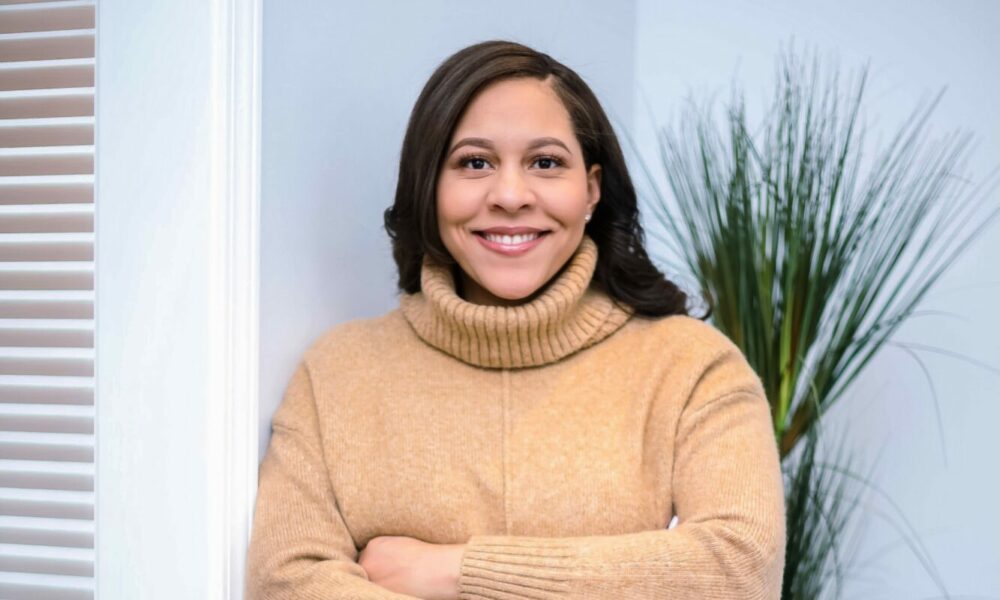 I was born and raised in St. Louis, MO. My mother was in education for over 30 years and initially introduced me to the field of speech language pathology. I completed undergraduate school but soon realized how competitive graduate school actually was. For two consecutive years I worked in the healthcare field gaining experience, building relationships, and continuing my journey to becoming a speech-language pathologist. Read more>> 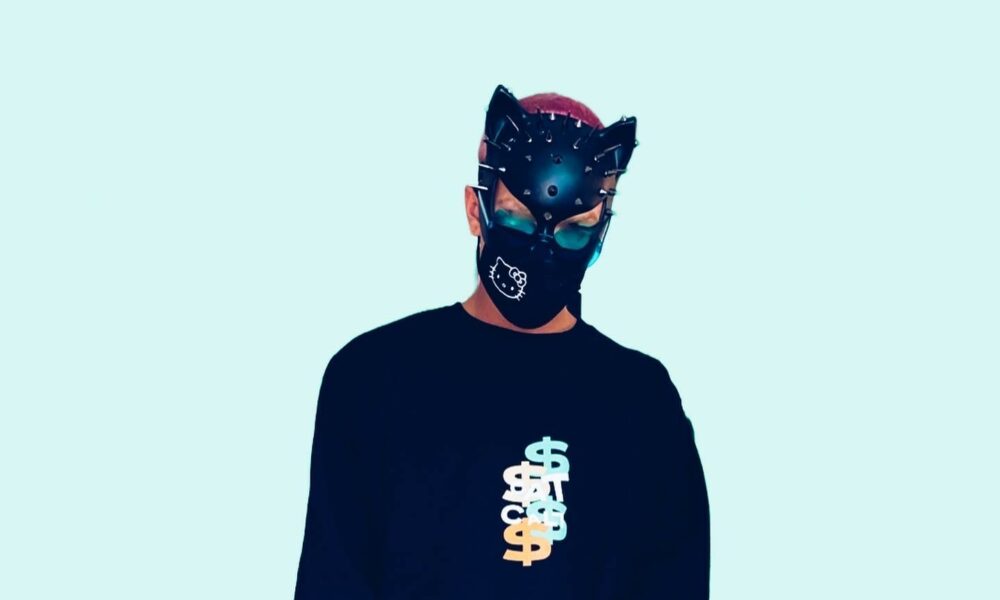 I started making music when I was about ten years old. I would freestyle at my bus stop and write songs to show my friends at school, and then I would go home and record them on my little flip phone or with my laptop’s webcam mic. At the time, I was really into, like, 90’s rap music and alt. radio rock like Radiohead and Fleetwood Mac. My life changed so much so many times in the years after that, in good ways and bad, but that gave me lots of opportunities for self-exploration. Read more>> 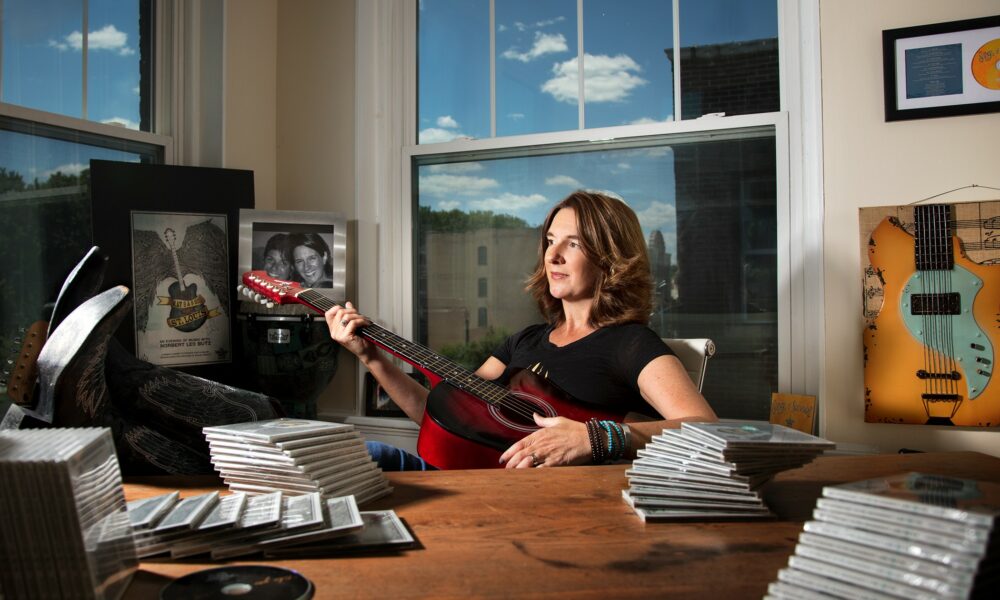 The inspiration for Angel Band Project came from an unthinkable tragedy. In July 2009, a young man crept through an open window in the middle of the night at the home of Teresa Butz and her partner. After repeatedly raping and stabbing both women, Teresa fought back. According to police, her actions saved her partner’s life, but cost Teresa her own. After witnessing the emotionally powerful singing at Teresa’s funeral from her musically-talented family and partner, Teresa’s lifelong friends were inspired to record them. Teresa’s brother, two-time Tony Award winner Norbert Leo Butz and Teresa’s surviving partner, Jennifer Hopper, joined their efforts. Their aim was simple: to capture the power in the music they heard to help others heal from the effects of sexual violence. Read more>> 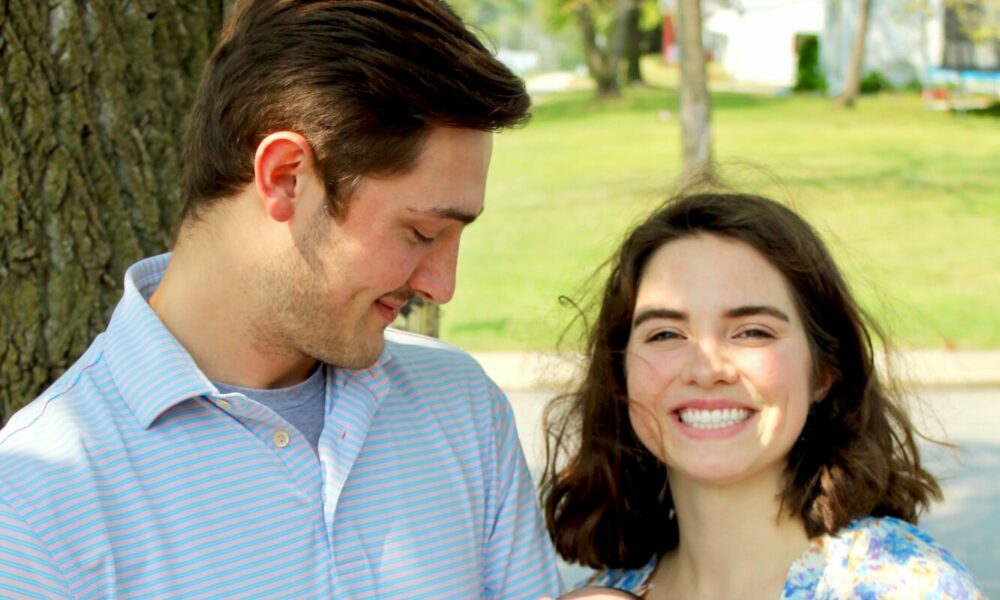 Throughout my adult life, I had a certain set of expectations. They are very different from my life now. I always tested well, and fell right into the STEM field in college, taking Anatomy & Physiology, Cell Biology, the works! But at times in my college career, I wavered. My brain worked in science but my heart loved language and creativity. For a while, baking when I should have been studying would satiate that crafty appetite. I would keep cruising along, then the dissatisfaction would all boil over and BAM! I would change my major to English and Spanish and forget all of this science stuff. Read more>> 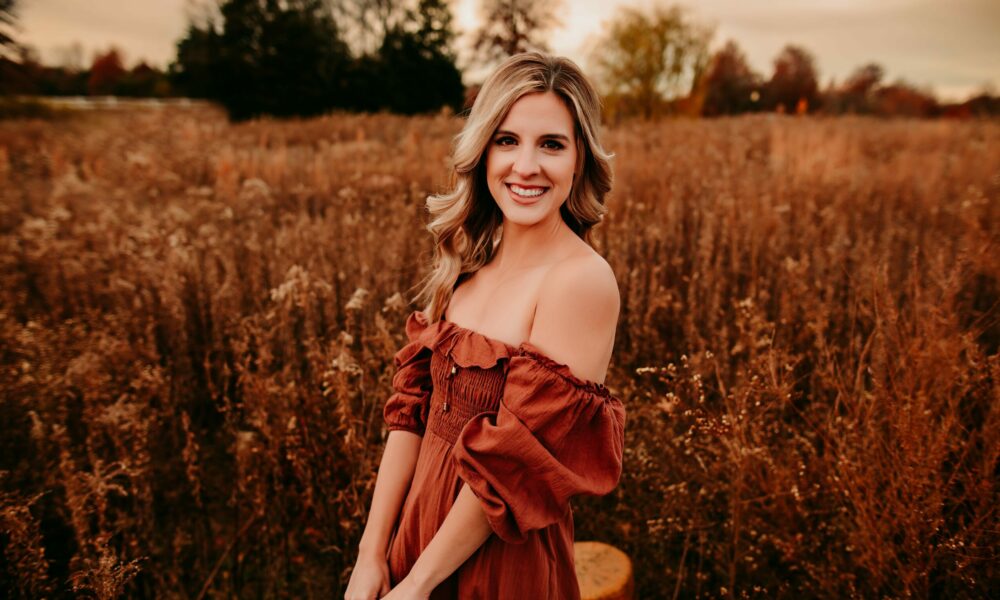 My name is Melissa. Somewhere between back-to-back pregnancies, my fathers’ pancreatic cancer diagnosis, and while pregnant with my second- the death of him, I lost myself. After years of putting my physical and mental health on the backburner, I was exhausted by being a passenger in my own life. I went on an inner journey of redefining who I was. Creating a culture where no mother ever felt as alone and lost as I did, became my mission. Read more>> 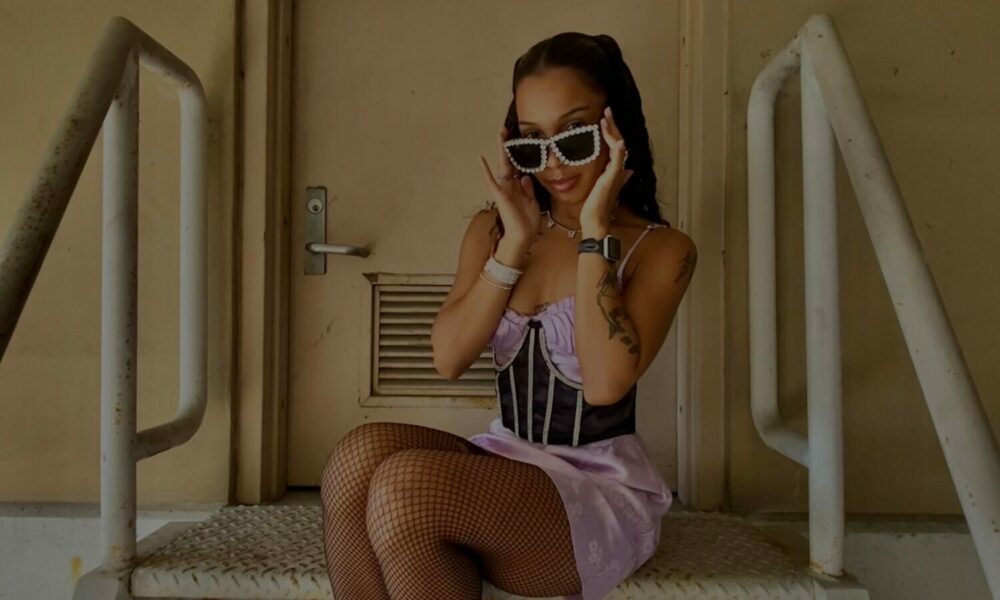 My name is Michaela Knight and I am 25 years old. I was born in Alton, IL but was raised in a small-rural town in Bowling Green, MO. Growing up in a predominantly white area and being the child of an African American father and Belizean mother was a challenge for me. Read more>> 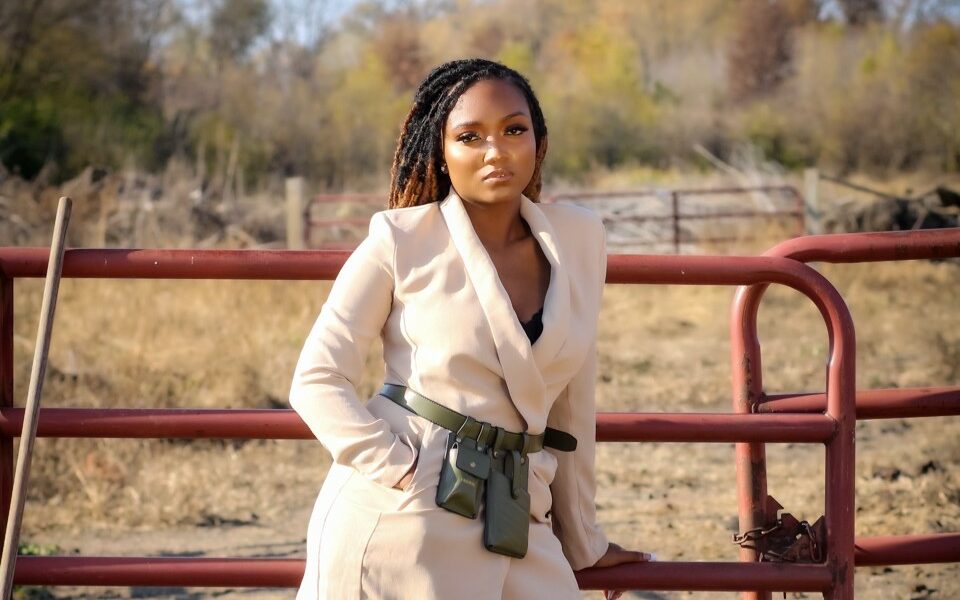 I began singing at the age of two years old. I was in plays and singing at church as well. I went on to play the piano at 4. As I grew older I continued singing in church, gospel choirs, bgvs for mainstream and local artist, and conventions. I would participate in competitions all the way up until I became an artist but being an artist never crossed my mind. Read more>> 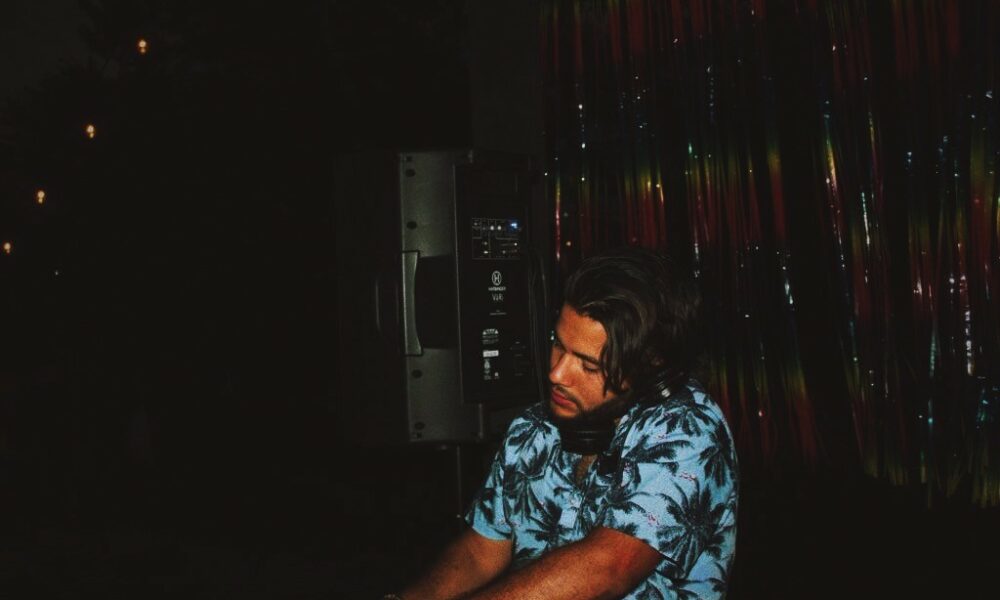 I started to get into DJing when I was around 11 years old, as I discovered several artists in the spotlight in 2011 such as David Guetta, Hardwell, Skrillex, Tiesto and many more. I fell in love with the electronic sound and how they mixed songs together as it was the same track from start to end. I was born and raised in the country of Panama and over there the parties, nightlife and festivities is a big part of what defines us and DJs are always the ones on the stages bringing the energy to the crowds. Read more>> 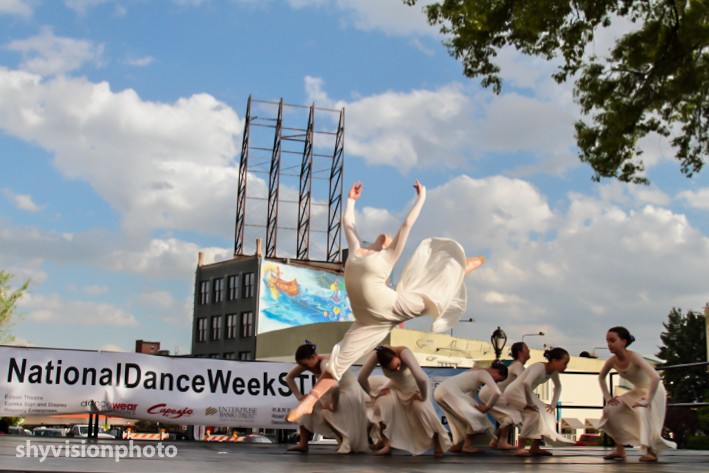 Twenty Three years ago I attended a dance convention whom the director of was an acquaintance. We spent time talking during lunch and he asked if I would be interested in organizing an event in St. Louis that would celebrate National Dance Week. He told me that NYC was holding a public performance event with hopes to revive the celebratory week. Read more>> 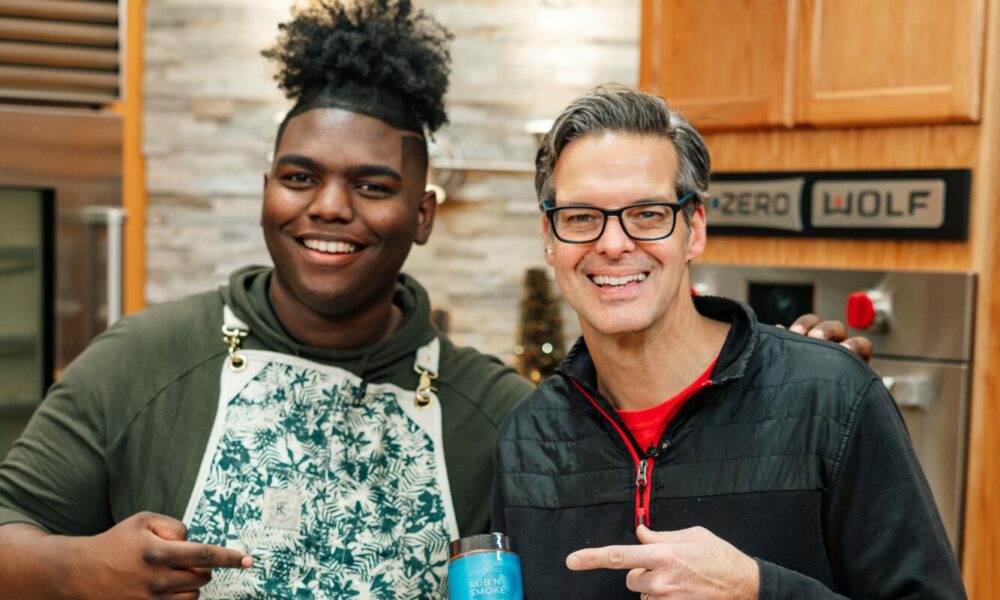 I (Juwan Rice) started a catering company at the age of 14. (JR’s Gourmet) I found a passion and gift for food, inspire4d by the relationship me and my grandmother had in the kitchen. I always want to know how she was able to take a bag of groceries and turn it into a meal for our family! but more importantly I was impressed by the reaction of my family when the meal was presented, food would bring such li8ght and joy to everyone! And I wanted to create that same experience for others through my food! Read more>> 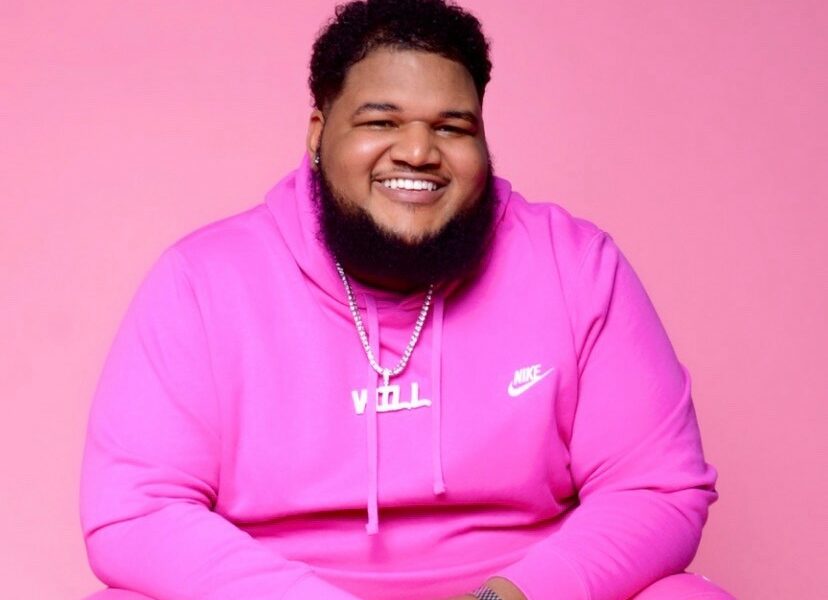 I started Slaughter House December 15th 2020. I had been making clothes for myself and friends for a few years and finally decided to take it serious. I originally started as a unisex streetwear brand but after looking over my analytics I decided to niche myself down to a women’s streetwear brand. Read more>> 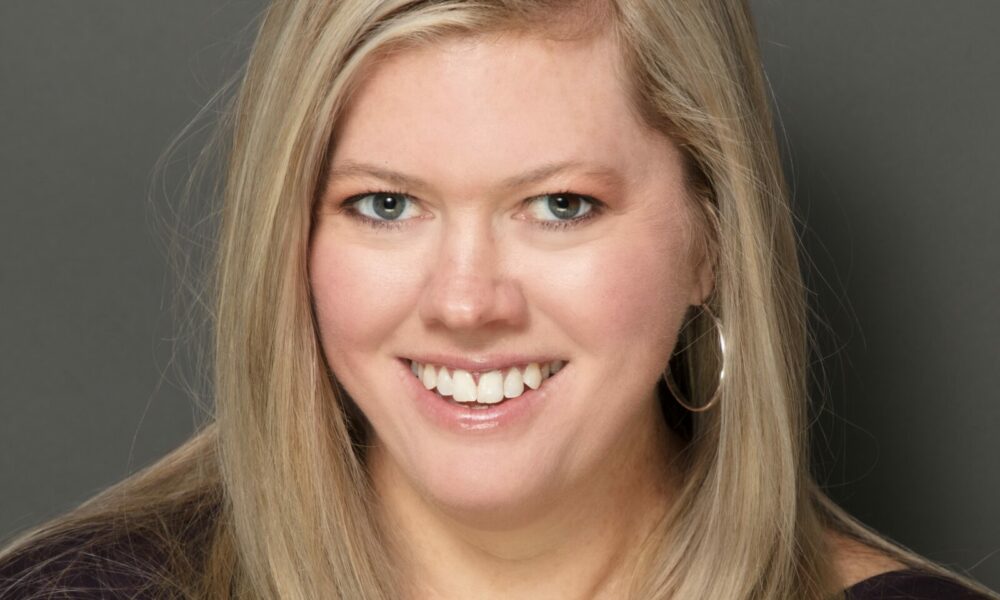 I was born and raised in Northern Los Angeles, CA. I was a competitive dancer and choreographer in Jr High/High School. When I graduated, my grandfather told me that I could do this on my own. He helped me open a dance studio right out of high school and it became a family run business. I continued to train, compete, choreograph, and wound up building a name and brand for myself and my studio in the Southern California scene. 1996-2009. Read more>> 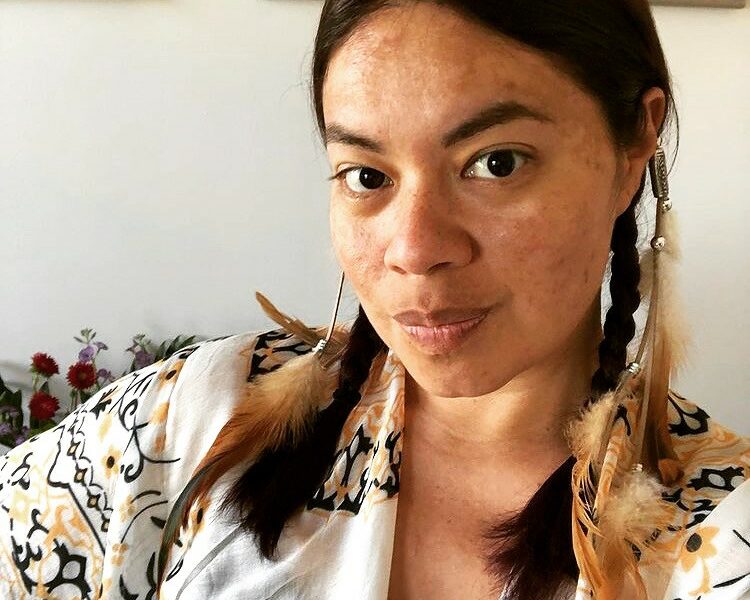 I would say my journey in spirituality and energy work started about 10 years ago. Even though from a very young age I always believed that there were something bigger outside of myself and that life was meant to be experienced differently than what I was seeing, it wasn’t until in my early 30s that I really started to consciously become aware of how to co-create with life. Read more>> 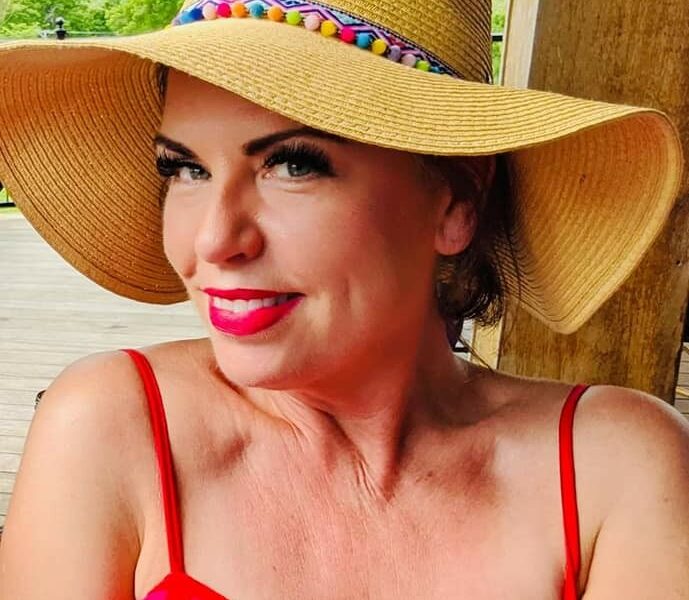 I have worn many creative hats during my life’s journey. Those hats include being a professional artist, singer, character actor, Marilyn Monroe impersonator, photo stylist, and costume designer. All of which have led me to where I am today as the owner of Vivant Entertainment that will be 10 years old Oct 5th, as well as inspiring my launch of Vivant Couture Designs in August of 2018. All of my endeavors first started with passion which was backed up with perseverance, exploration, attention to detail, being mentored and a lot of hard work.  Read more>> 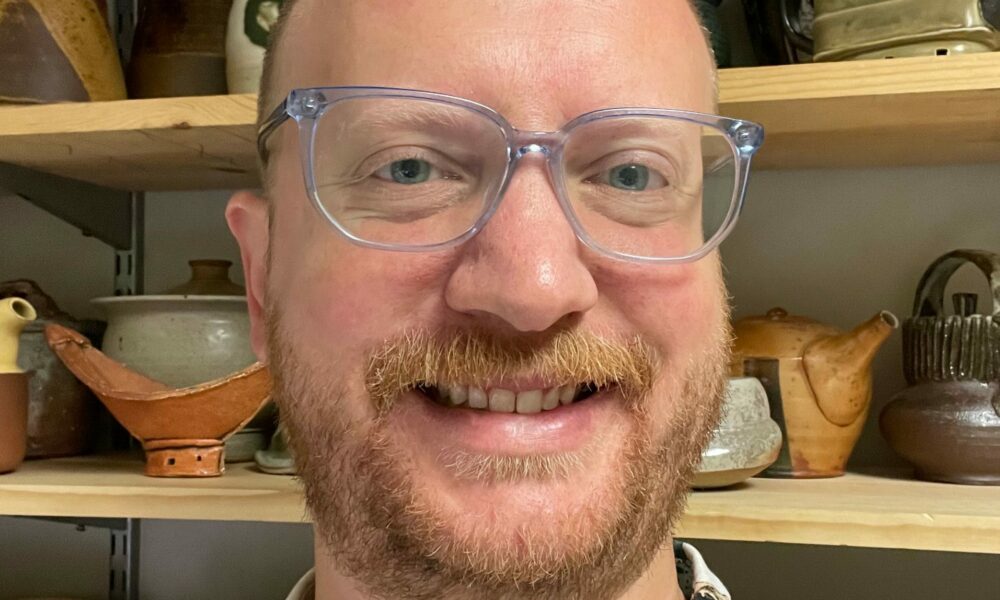 I’m originally from Effingham Illinois and I didn’t know what my career path was going to be right after high school. I’d been interested in art for as long as I could remember so I knew I would find some way to keep that in my professional life. I went to Eastern Illinois University in Charleston, IL and got a BFA with 3D focus (2013). I had originally went for Graphic Design but decided I couldn’t stay behind a computer for very long. Read more>> 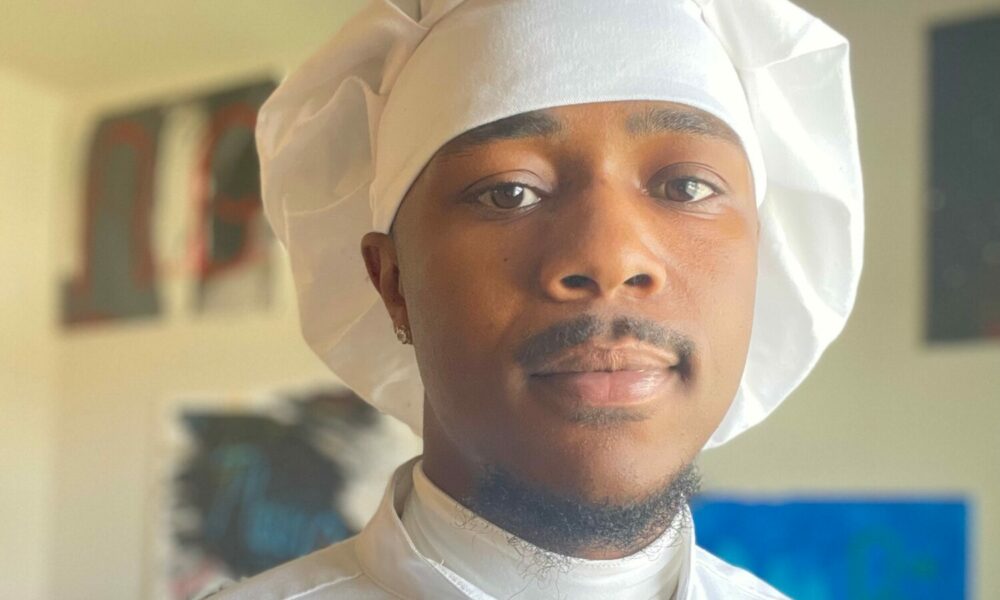 Since I was a freshman in high school I’ve always had this passion for food and I always knew that one day I could make my mark on this world. In 2020 my business all started when I was a general manager at a breakfast restaurant at the campus of the University of Illinois Champaign-Urbana, with my business partner mike. We had a vision about how we can make food in a way that no one has done. Read more>> 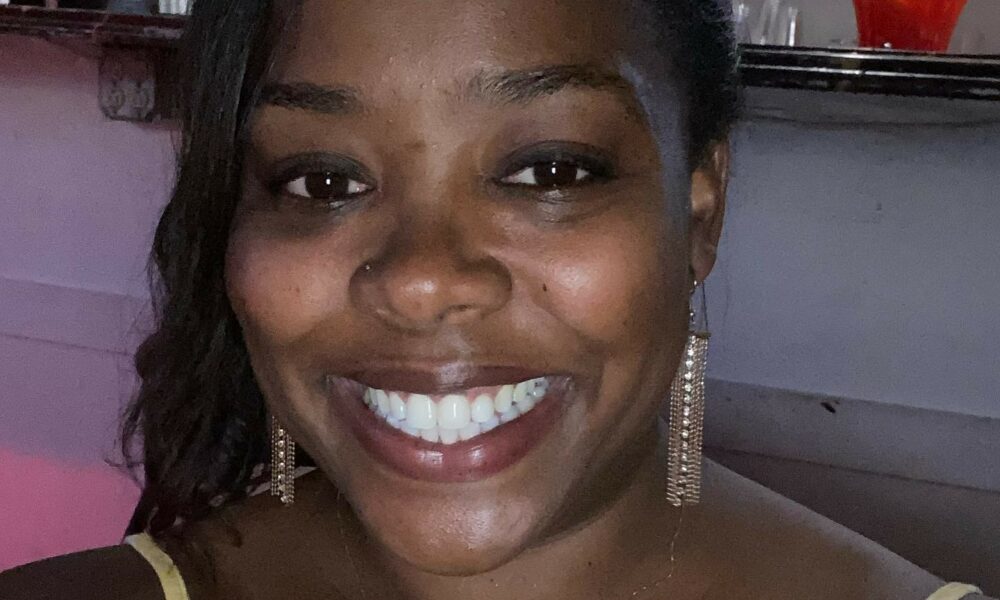 It all started with me being a fun-loving, social butterfly, possessing a knack for making cocktails and entertaining. I’ve always been the outgoing and larger than life friend that enjoyed a cocktail every now and again. Everyone that knew me, knew I always had a liquid concession stand in my trunk and as soon as I walked in I would always hear “Jade, make me something” lol. Read more>> 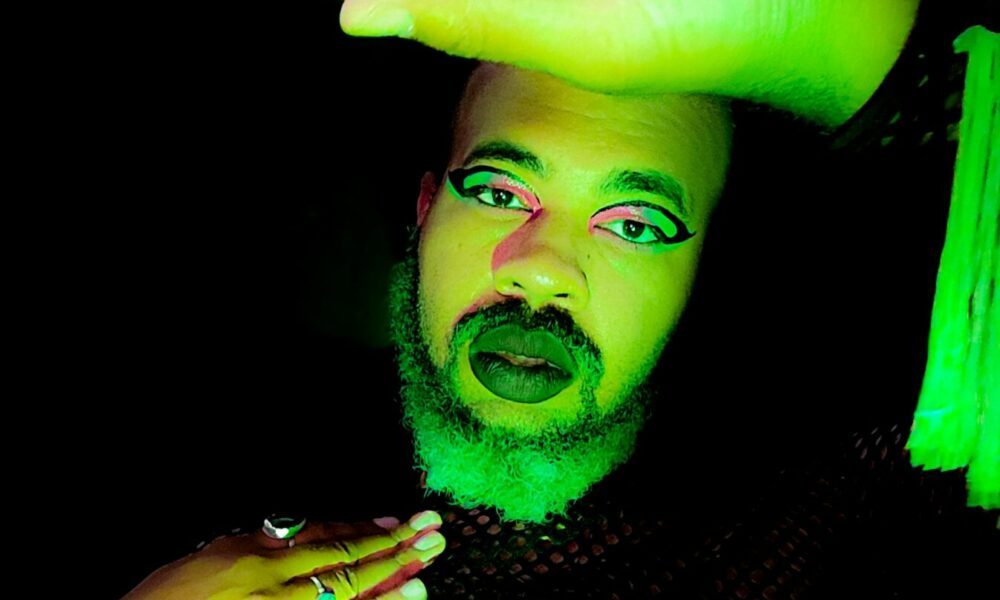 As a musician, I got my start fairly early. I always used to write music and I even sang in choir for many years. Through high school I began to lean more toward acting and all but gave up on music. Once I got into the theatre scene I met my good friend Jaz Tucker and together we created Same Difference, a hip hop/pop duo and released an album titled “20 Something”.  Read more>> 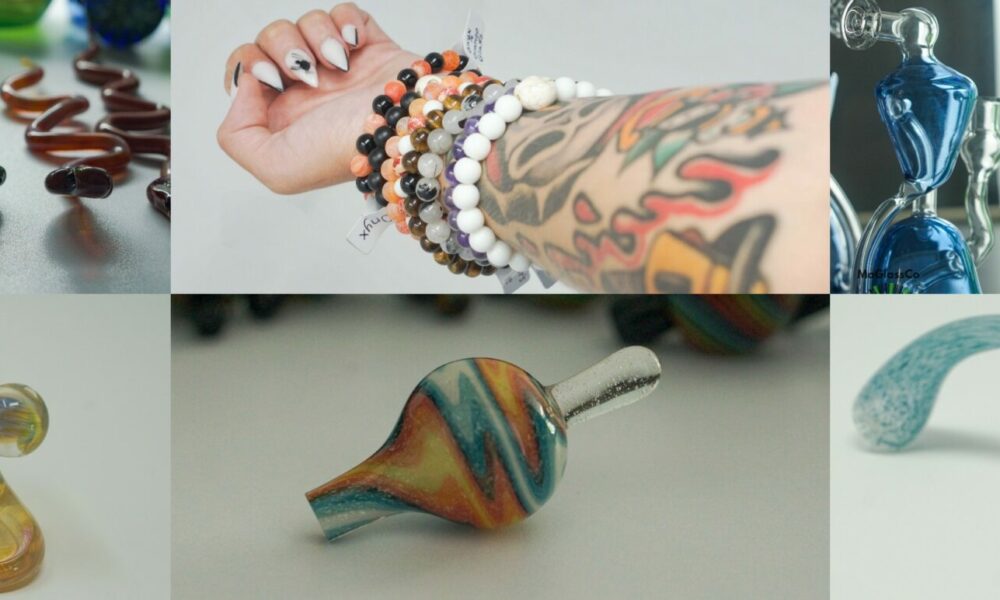 We started as most owners do; or rather the best ones do – as consumers! We spent our formative years in smoke shops, going to events, concerts, camping at festivals and diving face first in to what the available “cannabis scene” was here in the midwest. It was rough around the edges, and still is even despite the attention and modern magnifying glass placed over medicinal and recreational use of cannabis. That roughness is what drove me, and still pushes us to want to provide a helpful, responsible and hopefully meaningful shopping experience for consumers and non-consumers alike! Read more>> 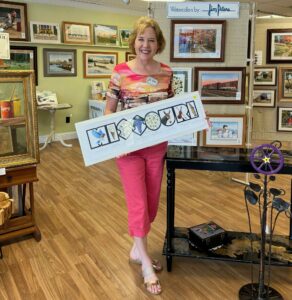 My name is JoAnn McCoy and I’m the owner/operator of Room for Art Gallery in Washington, MO. Since I was a little girl, l’ve been exposed to art in one way or another. My father, Jim Peters, is a watercolor artist and my mother, Betty, is also an artist in her own right, making beautiful quilts that everyone enjoys seeing. So as a child, it was a natural segue for me to start my own venture, J & J Yard Ornaments, where I made cute art to decorate a yard or wall. While in grade school, I entered art in every category at the Washington Town and Country Fair. Read more>> 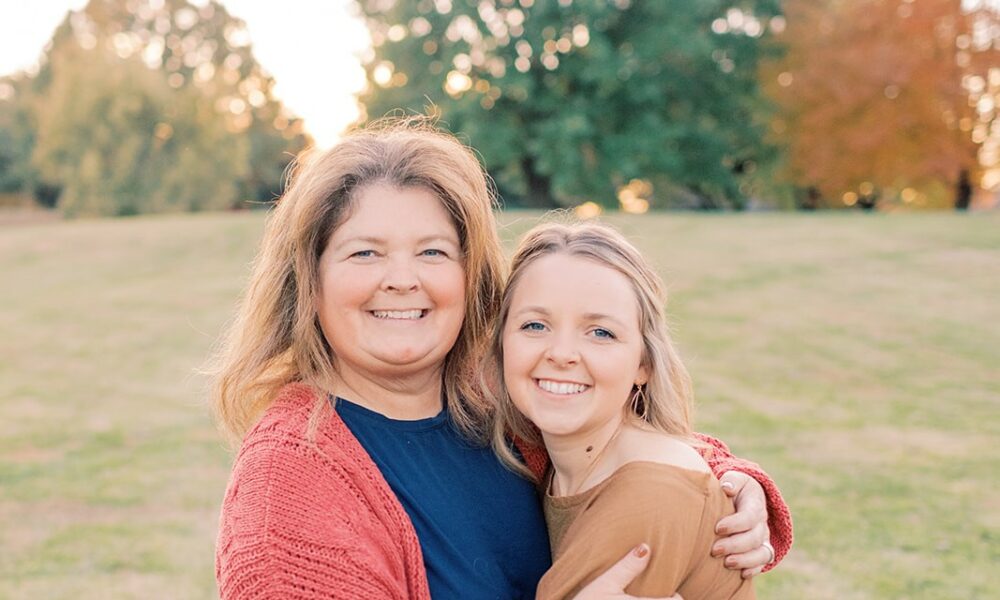 Petaled Pail & Company began as a flower farm. After being outsourced from the corporate world, I took a blind leap into entrepreneurship. We began as a small flower farm growing herbs and specialty cut flowers. After graduating college at North Carolina State University (with a degree in nutrition), my daughter joined me as a business partner. We very quickly found our niche in wedding and event floral design along side everyday flowers and subscriptions. Read more>> 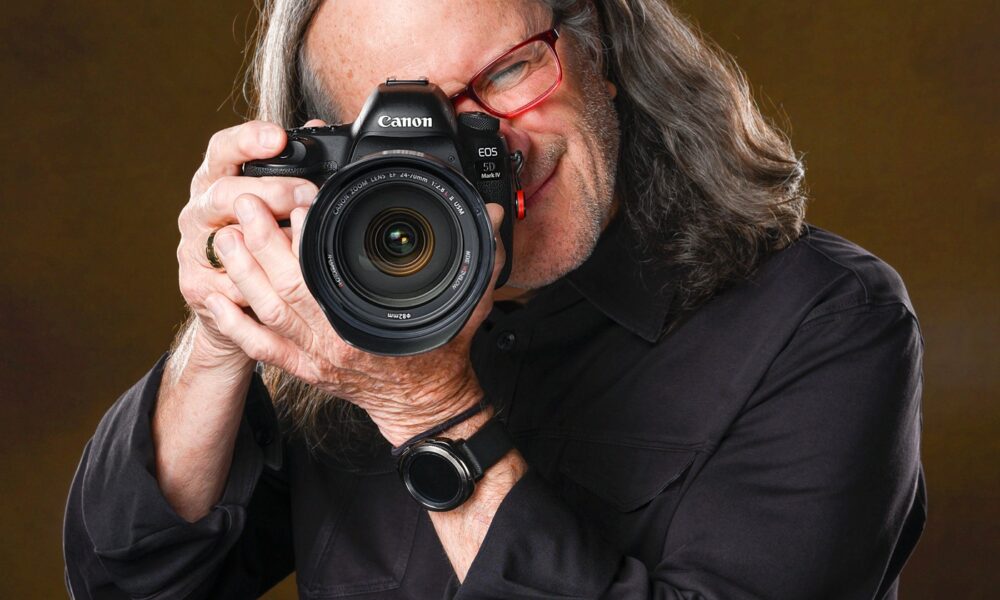 After graduating high school in 1972 in Cheyenne Wyoming, I went to work as a laborer at a plumbing company and gained some experience around and on heavy equipment. I took that skill set and went to work building and maintaining roads along the right-of-way for the Union Pacific Railroad. Later I went into train service as a brakeman. I walked away from that in 1979 to study theology and in 1982 started Eagle Maintenance Window Cleaning in Laramie Wyoming, 40 years ago. Read more>>