Today we’d like to introduce you to 101 Da Exclusive.

Hi 101, can you start by introducing yourself? We’d love to learn more about how you got to where you are today.
I started watching my dad make music when I was younger. He had a rap group when I was growing up called Grindcity Ent; the group consisted of about 6 artists that I used to see come over to our house to make music; my dad rapped as well, but he also was the one producing the beats and recording, & mixing the songs. They also used to let me come to the shows, and I saw how people loved them as they performed their songs. They even had me on stage with them as a child, so I felt that if I rapped, I would be closer to my dad because I stayed with my mom and only came over to his house on the weekends. I used to play this game called jet set radio future, which had a rap song playing in the background. As I played the game, that was cool, so I learned the words and rapped it to him and his friends as if I wrote it, and they were all stocked. It made me feel so important, and I felt my dad was proud of me for stepping in his shoes. I rapped the same verse to people around my school. They all were in love with it, even my principal, so around 6 grade, my school picked me to join an after-school program called “2 read 2 write 4 music’ in which our job was to create a positive song for our school. We performed the song at the school talent show at the end of the year, which he attended, and when he saw how my school rap group and I captivated the audience, he started buying me my own equipment and letting me feature on songs or feature as an artist on songs with his rap group. So I stayed in the house and worked on my craft every day, learning all the ins and outs of the production and recording software he bought for me to use. Every weekend I went over to his house and every day I came home from school (once I got my own equipment at my moms house), I worked on music for hours and hours, perfecting my craft. I even started inviting other people who went to my school to make music with me, write songs, and collaborate, building my name very young as “the guy that rapped and made beats with his own studio.” I remember my mom kicking my friends out cause it was times I brought 10 people home with me cause a lot of people I went to school with wanted to rap too. I didn’t care because it was making me popular and looked at as cool at my school; it also helped me stay out of trouble and the “street things” some of the other guys at my school were heavily influenced to do. The dangers of the streets kept me inside, working on my craft. I’d always knew I’d be a star watching music videos on
106 And Park, Rap City, & MTV visualizing me on the tv screen traveling the world performing my music in front of raving fans.. My cousins used to copy the dance, and I performed the lyrics to the music videos music videos we used to watch and rap the songs as if I was the artist whose song we were dancing to, which entertained my aunts and cousins. They used to tell me I would be a star from my family and friends, spreading the word about what I was doing. many music artists in the area gravitated toward me, helping them record their music and produce their beats, which helped me build a name for myself. I was doing everything for free, just being passionate about making music. it wasn’t until I was 16 that I sold my first beat. An older homie that made beats that stayed in my area by the name of Nucci Banga and he was working with a bigger, more industry artist, a popular legend from St. Louis named Ruka Puff, also known as Zeus Rebel Waters. He bought my first beat for $100 and started a partnership with me. Many people around him bought beats, so he started selling them for me, and we’d split the money. That; made me take music production seriously. This was around when youtube started, so I started uploading type beats in 2006 to the point I gained over 10,000 subscribers, and 2 million views total on all my beat-making videos, type beats, and tutorials which gave me a great online presence with people from around the world who started using my beats. I wanted to learn more so I could earn more I used to google “how to sell beats online,” which led me to this guy name postman, who showed me how to market myself online professionally. I used his strategies to get signed to Floyd Mayweather’s TMT music groups by email marketing and sending labels’ emails with my music. They called me to let me know the artist around them were using my beats and wanted to bring me on as their in-house producer in which I got to work with
Young Thug, Hood Rich Pablo Juan, Leslie Brathwaite, Rich Homie Quan, Jay Prince Jr, The Migos, Megan The Stallion, FBG Baby Goat, Jazze Pha, Drumma Boi, Scott Storch, and plenty others. Chingy is my cousin. I also made a song with him called “paperman” with gained 1 million views on youtube, which we made when I was about 17. I used that song to sell over 3000 copies of my cd at stores around St. Louis, building a name for myself as a rapper. right now, I’m independent and looking for another label to partner with and bring all my assets aboard.

Alright, so let’s dig a little deeper into the story – has it been an easy path overall, and if not, what were the challenges you’ve had to overcome?
I wasn’t confident in my abilities, letting me do a lot of stuff for free in hopes of remaining relevant. I had to start valuing myself and changing my mentality to feel like I was worth charging all the people I recorded and produced for.

Thanks for sharing that. So, maybe next you can tell us a bit more about your work?
I make beats, write songs, rap, sing, record, mix, and master; I produce full records from scratch. I’m hands-on with the process, helping artists create lyrics and ensure they can make the best songs. I also shoot videos and design mixtape cover artists and help artist promote their music via social media, giving them a creative direction for their products. Once it’s finished, artists rock with me cause they know I genuinely care about their music and the achievement of their goals allowing them to express themselves creatively all while pursuing their dreams. I’m known for saucing up artist songs by throwing effect drops and special vocal fx and sound effects in their music, turning their song into an audio movie/ear candy. I’m a people person; I specialize in helping people solve their problems. I’m deep and intellectual and strive to empower others thru my teaching about life and the music business. I’m most proud of getting signed to Floyd Mayweather cause that gave me a taste of fame. I met all of my favorite artists and producers I looked up to growing up.

We’re always looking for the lessons that can be learned in any situation, including tragic ones like the Covid-19 crisis. Are there any lessons you’ve learned that you can share?
I had covid at a point of time where I depended on my family, and that made me realize that the closest people are important. You should value them more because when you cannot take care of yourself, those same people will be there to care and love for you, which makes me value family way more. I was so focused on being a star I neglected certain relationships with my immediate family. But seeing when I couldn’t help myself and they cared for me made me sacrifice certain career endeavors to get that quality time in because, in the end, that’s all we got. I could have died, but God has a way for me to be that light for my family to show them the importance of helping others even when they can’t help themselves. Keep God and family first. 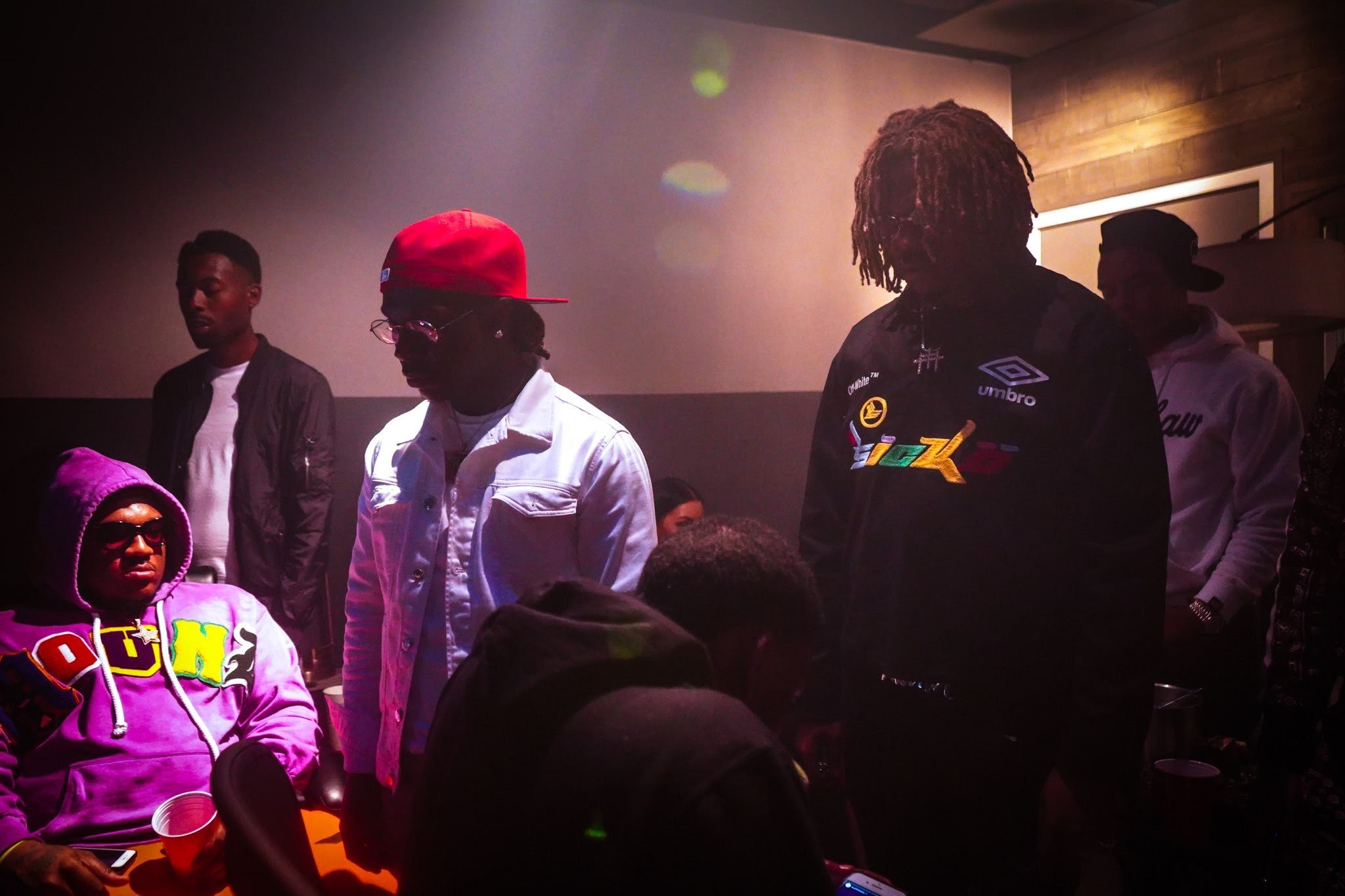 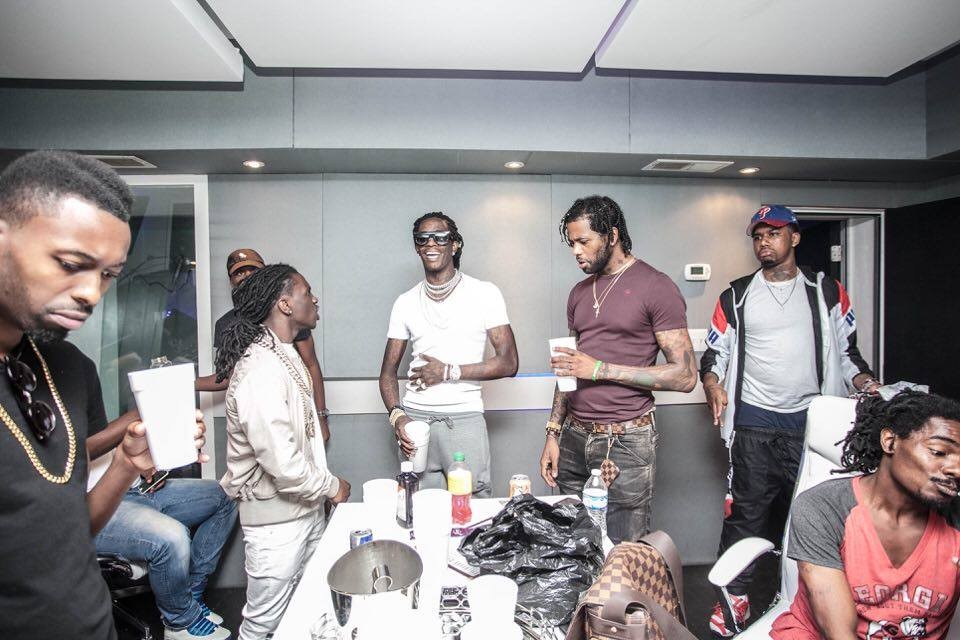 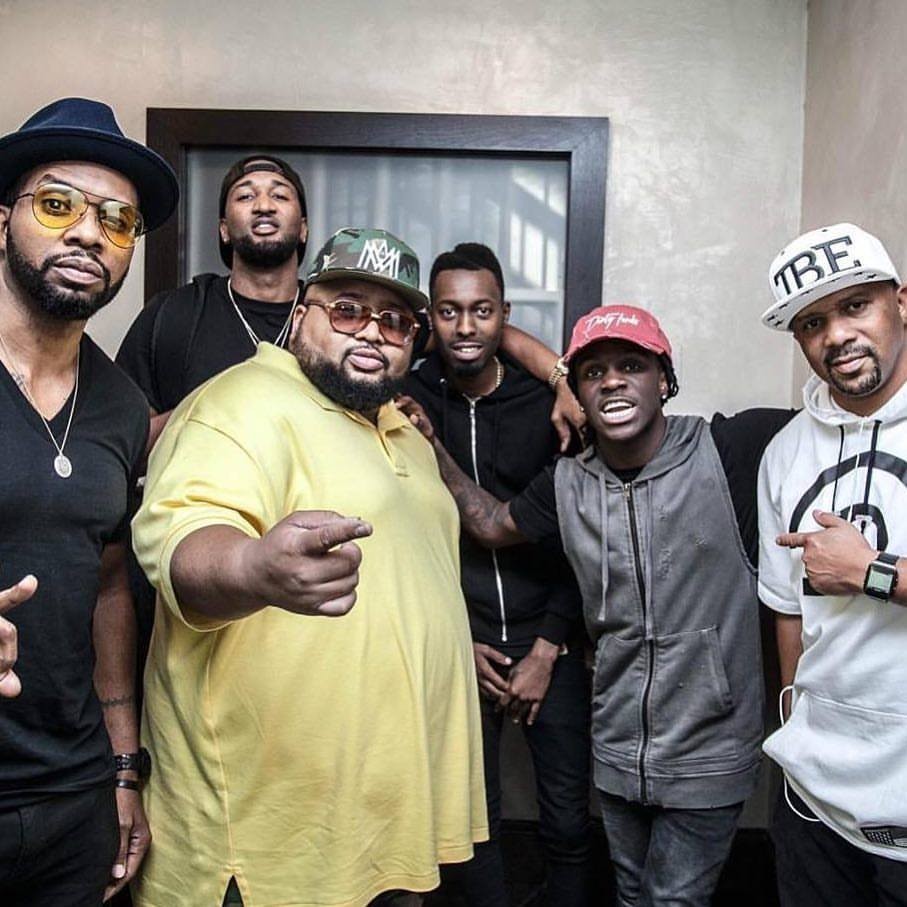 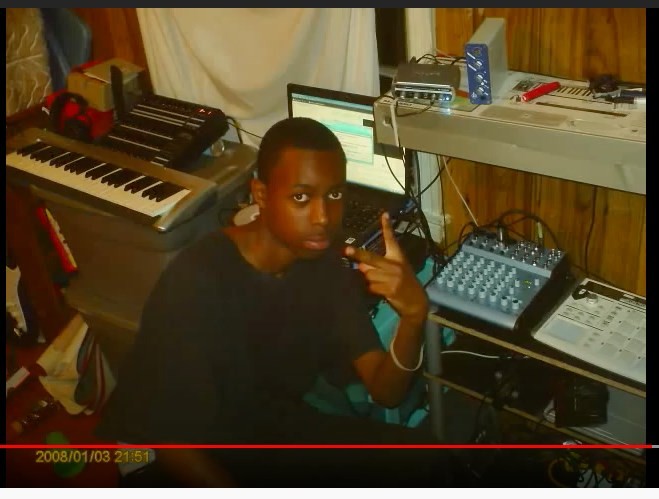 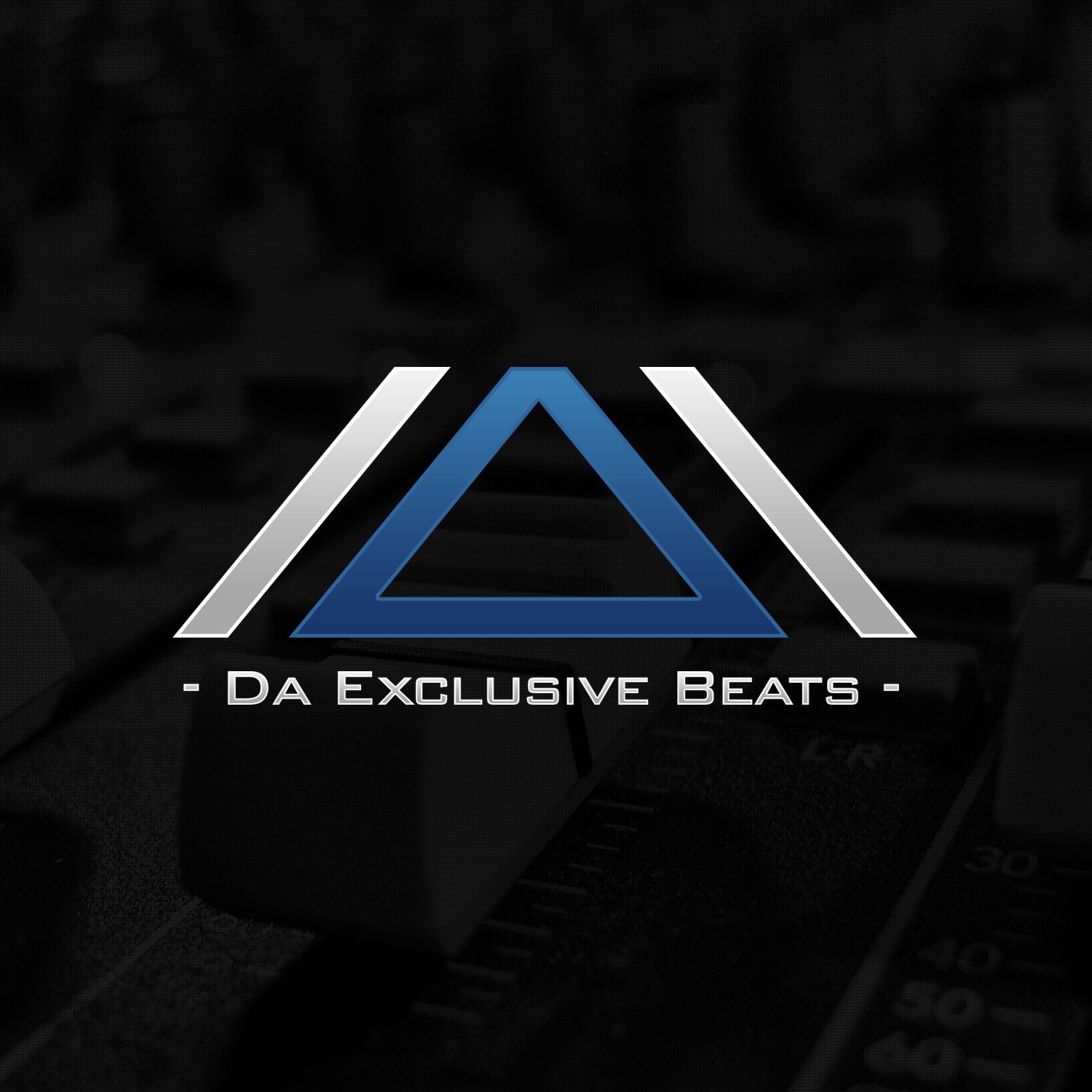 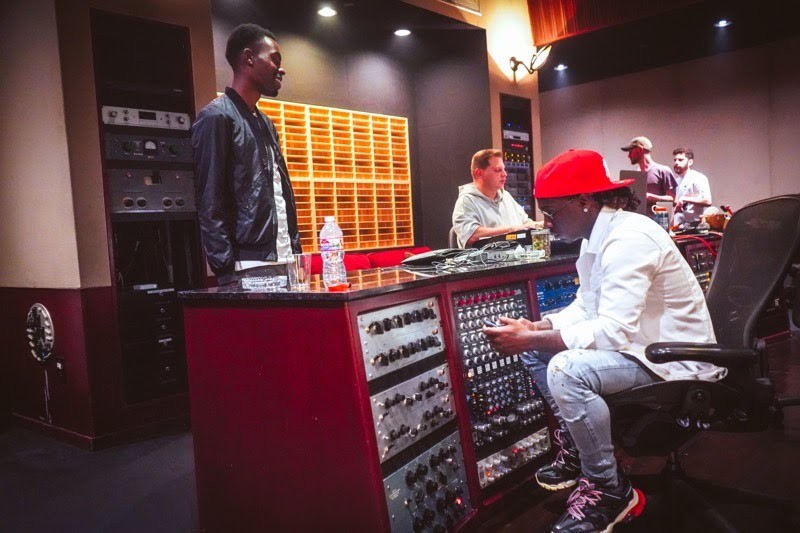 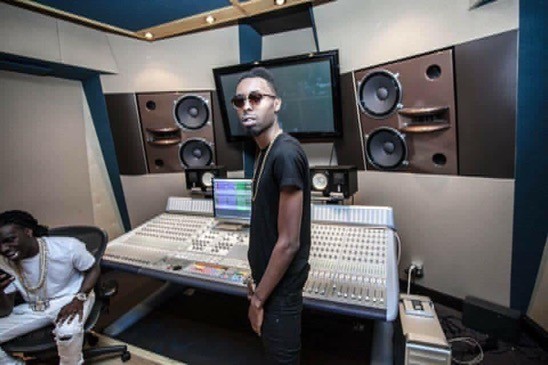