Today we’d like to introduce you to Cara Van Leuven. Them and their team share their story with us below:

Cara Van Leuven’s lifelong obsession with horses is probably like any crazy horse girl — it’s in the blood; it’s an impossible attraction and addiction.

At the age of nine, Cara began taking riding lessons and knew, due to the likes of Touch of Class, Big Ben and Abdullah, she wanted to jump. Throughout middle school and high school Cara showed in hunters, eventually finding true love in the jumper ring.

Life with horses seemingly ended when Cara left her hometown of Ft. Wayne IN to study photojournalism at Western Kentucky University. Although she did remarkably well with a camera and earned internships every summer working as a photographer at newspapers throughout the country, the loss of horses was marked.

Solace needed to be found so Cara turned to hip hop. Yes, you read that right. When she wasn’t break-dancing, she wrote graffiti in her black book and occasionally on dumpsters and walls. Her love of art wasn’t found so much in art museums but rather on the side of trains.

After graduating, she spent time in Duluth, MN and London before settling in Albuquerque, NM. She worked quite a bit in design but could not find comfort in the corporate environment. Eventually, a transfer to St. Louis, MO reshaped her lifestyle thanks to the 2008 recession.

One of the last unrehabbed lofts in downtown STL became her home. It was full of artists who encouraged her to paint. In 2011 Cara created her first painting, a 6’x6′ of two horses embracing. The only work she could find was as a carriage driver which reunited her with horses and reignited the passion that had been dormant for far too long.

The horses in Cara’s oil paintings have exceptionally long legs, reflecting their fragility and the fragility of life. Her work is highly textured and layered, done almost entirely with a pallet knife.

They are currently renovating a historic building in downtown Vandalia IL that will serve as a studio.

We all face challenges, but looking back would you describe it as a relatively smooth road?
My life before becoming an artist was a nightmare. There was probably a decade or more spent where I had so many issues to sort out. I was plagued by my own unhappiness. Being reunited with horses and meeting the man I would eventually marry ten years ago saved my soul. The success I’ve found with painting, has for me, been unprecedented. Perhaps most things seem easy after having survived over ten years of sadness.

Appreciate you sharing that. What else should we know about what you do?
My paintings all feature long-legged horses. The works are highly textured and layered oil pieces. I was fortunate to have developed my own style fairly quickly. I believe that stems from always being a bit weird, a bit of an outsider.

What I’m not sure I’ll ever be able to fully comprehend are the messages from a person who really felt something from my work. To be able to move people in a way that is so positive is a gift I never believed I could possess. My own hands and mind did something very special for somebody.

I think what makes me a little different is that fact that I do have a unique style I’ve never apologized for. I also understand horses in a way that a lot of equine artists bypass – they are still (quiet) animals, yet they have a wild sense of humor. While I appreciate their strength and speed, it’s their fragility and subtle communication that intrigues me.

What sort of changes are you expecting over the next 5-10 years?
People are looking for art that speaks to their spirit, and that is really exciting. It’s been a huge benefit for an artist like myself who is self-taught.

I also believe people will begin to seek and invest in large-scale art that they can build a room around. I forecast an embrace of bold colors and subjects. 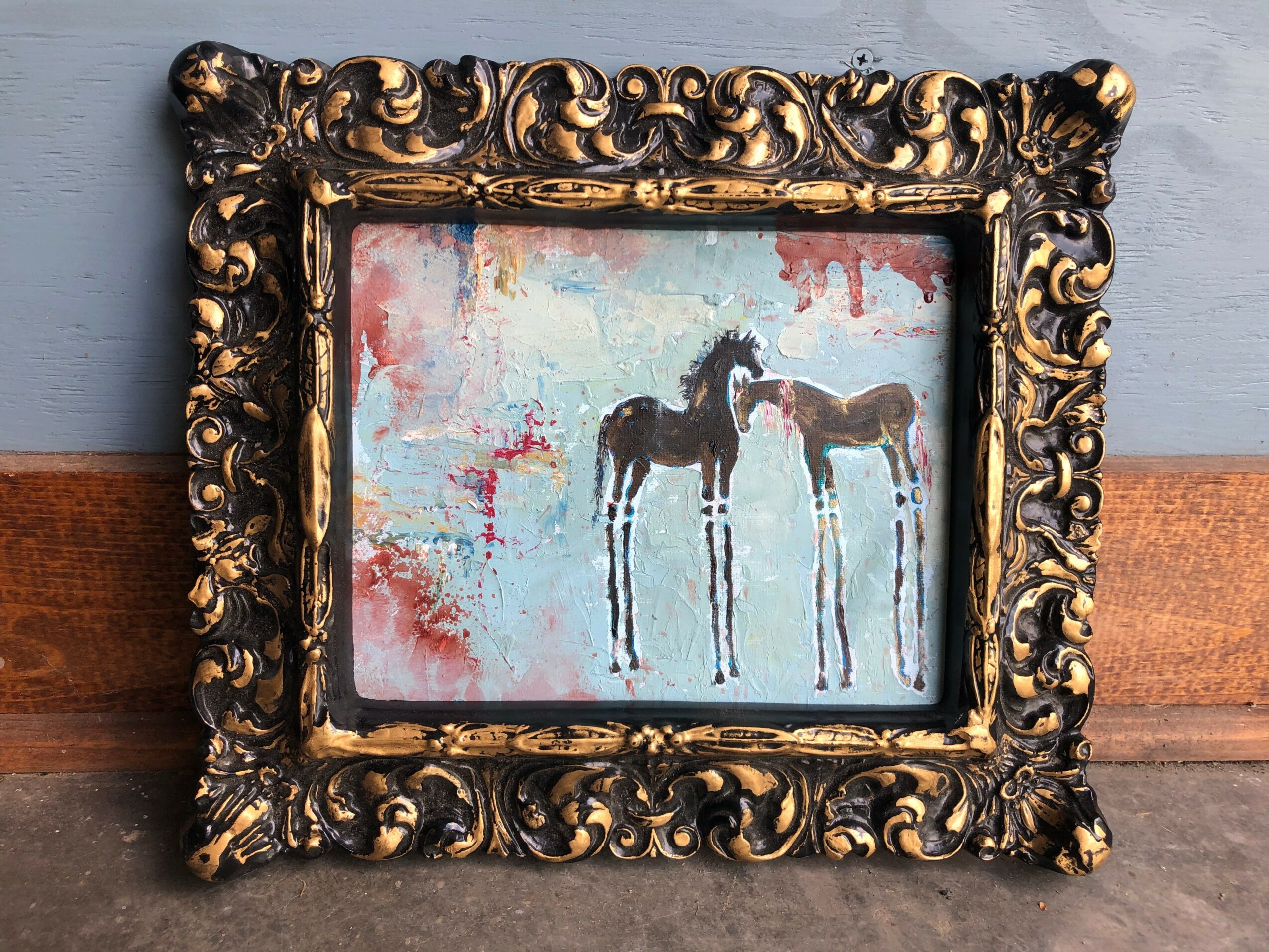 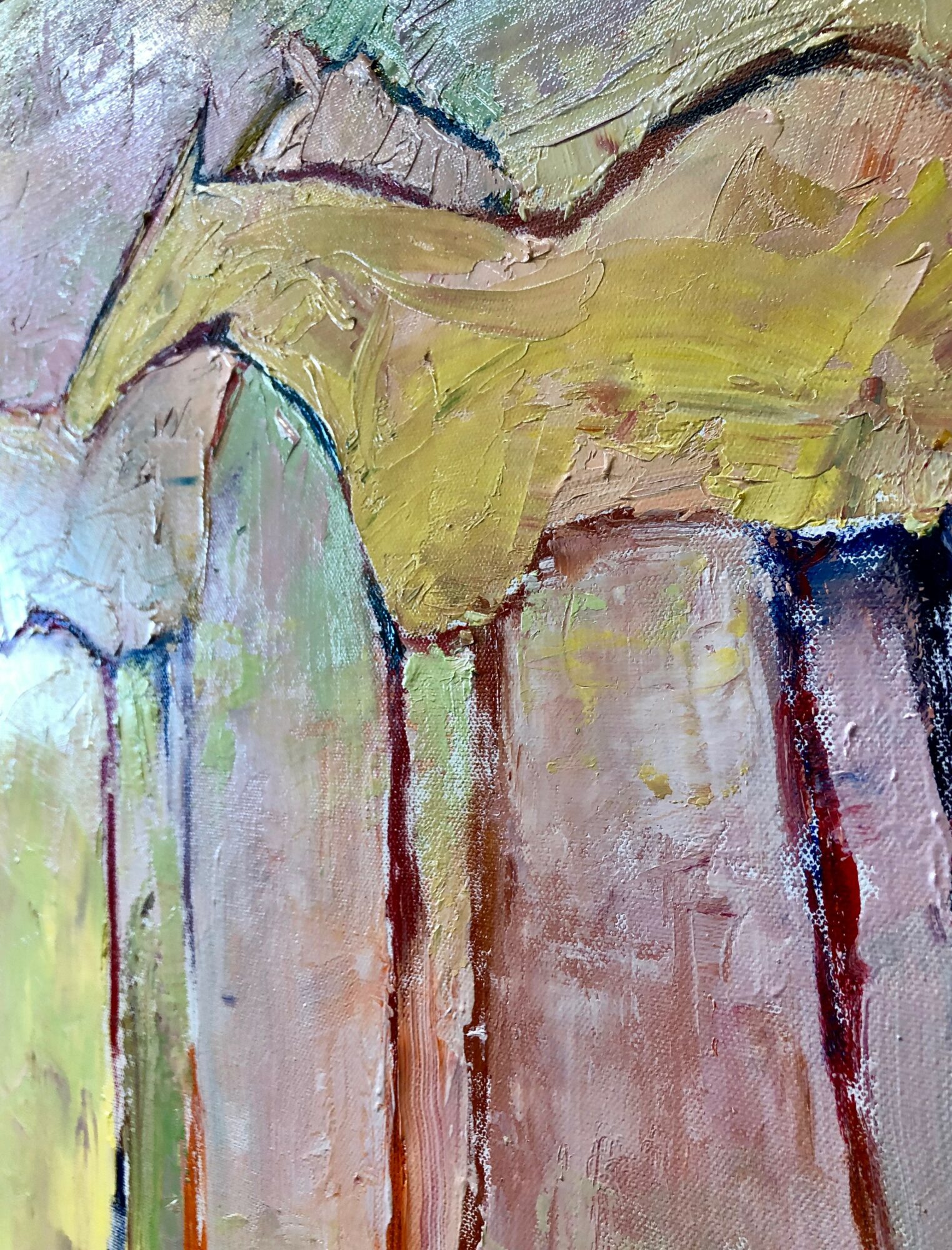 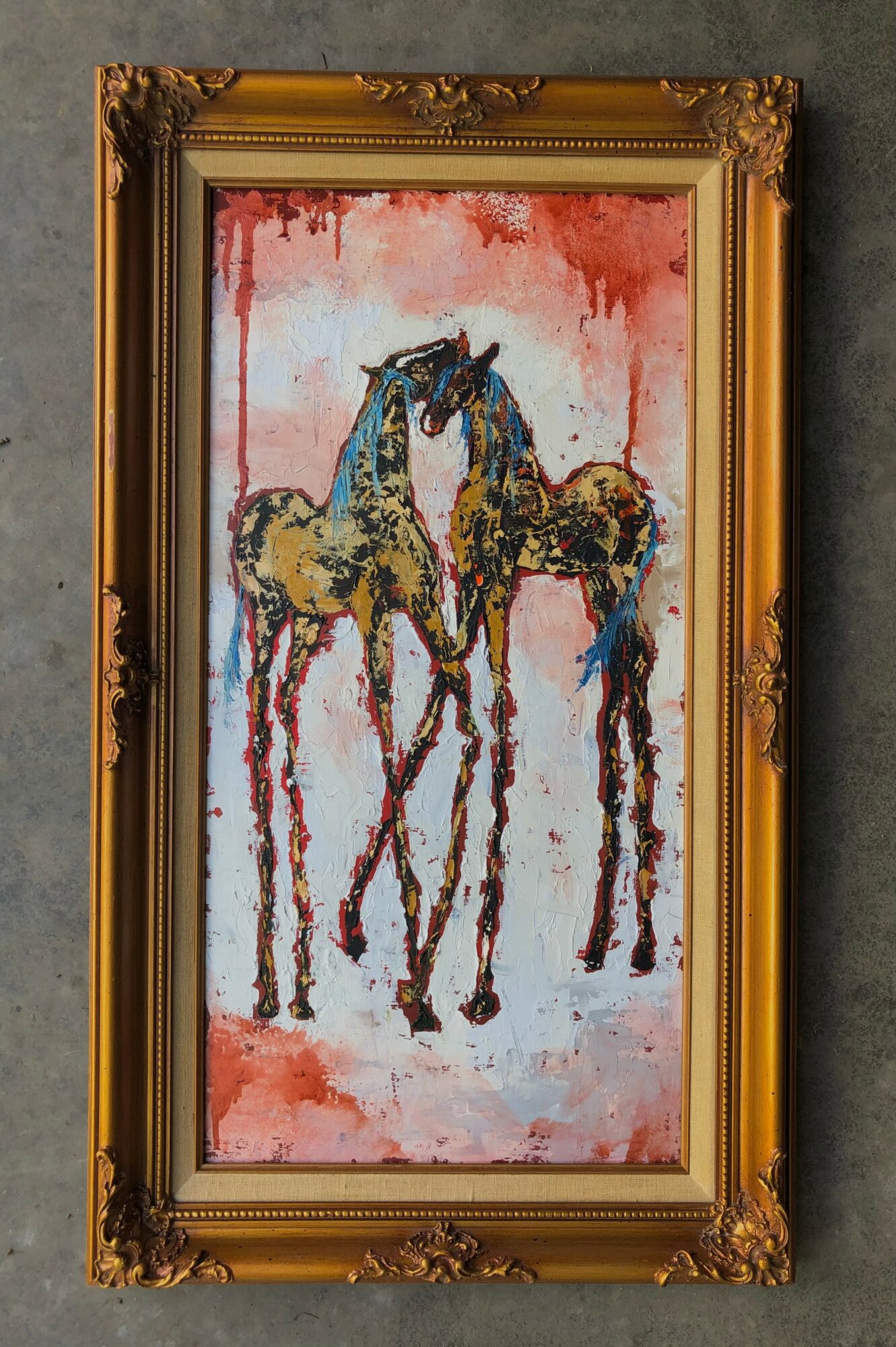 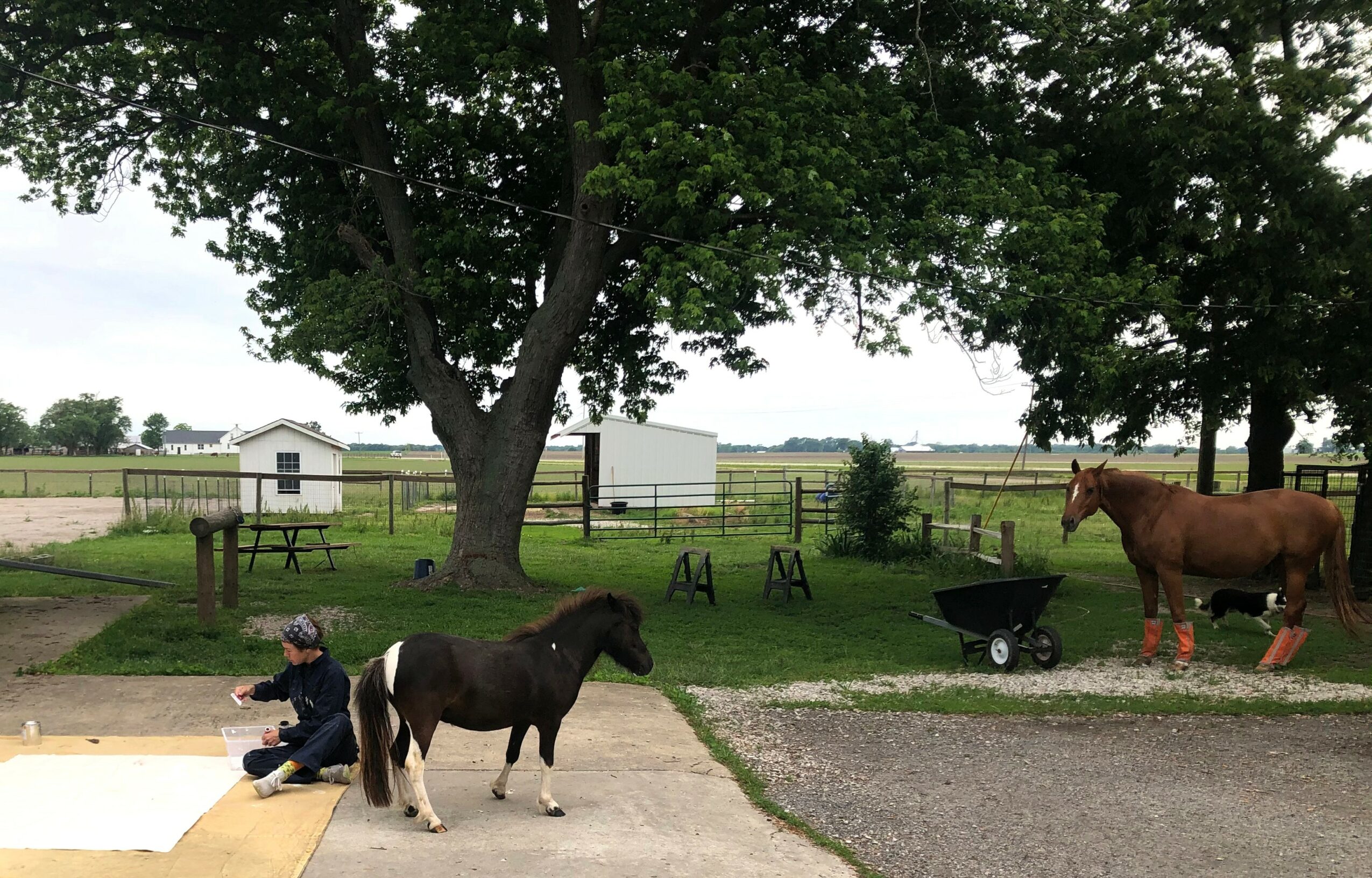 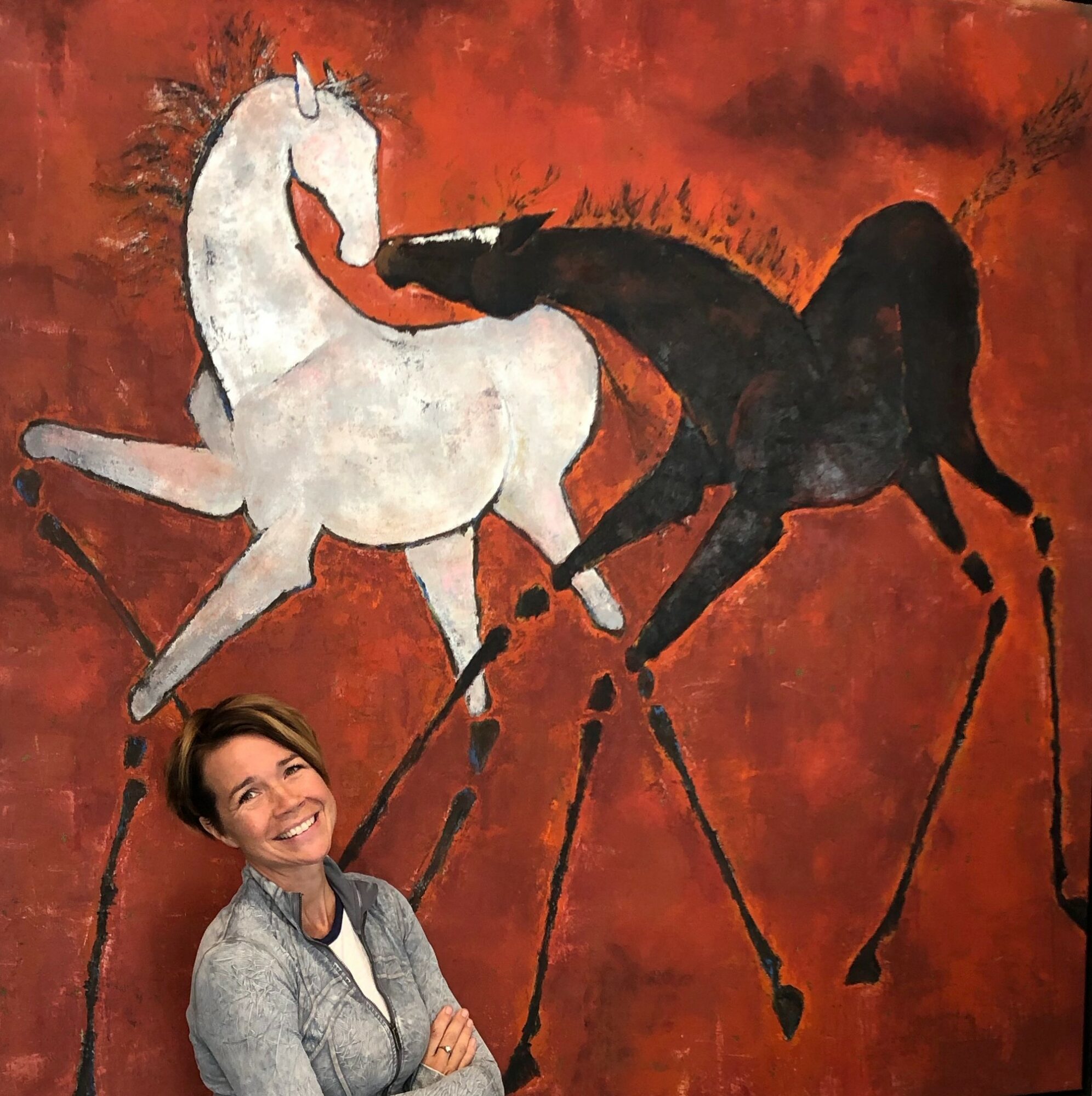 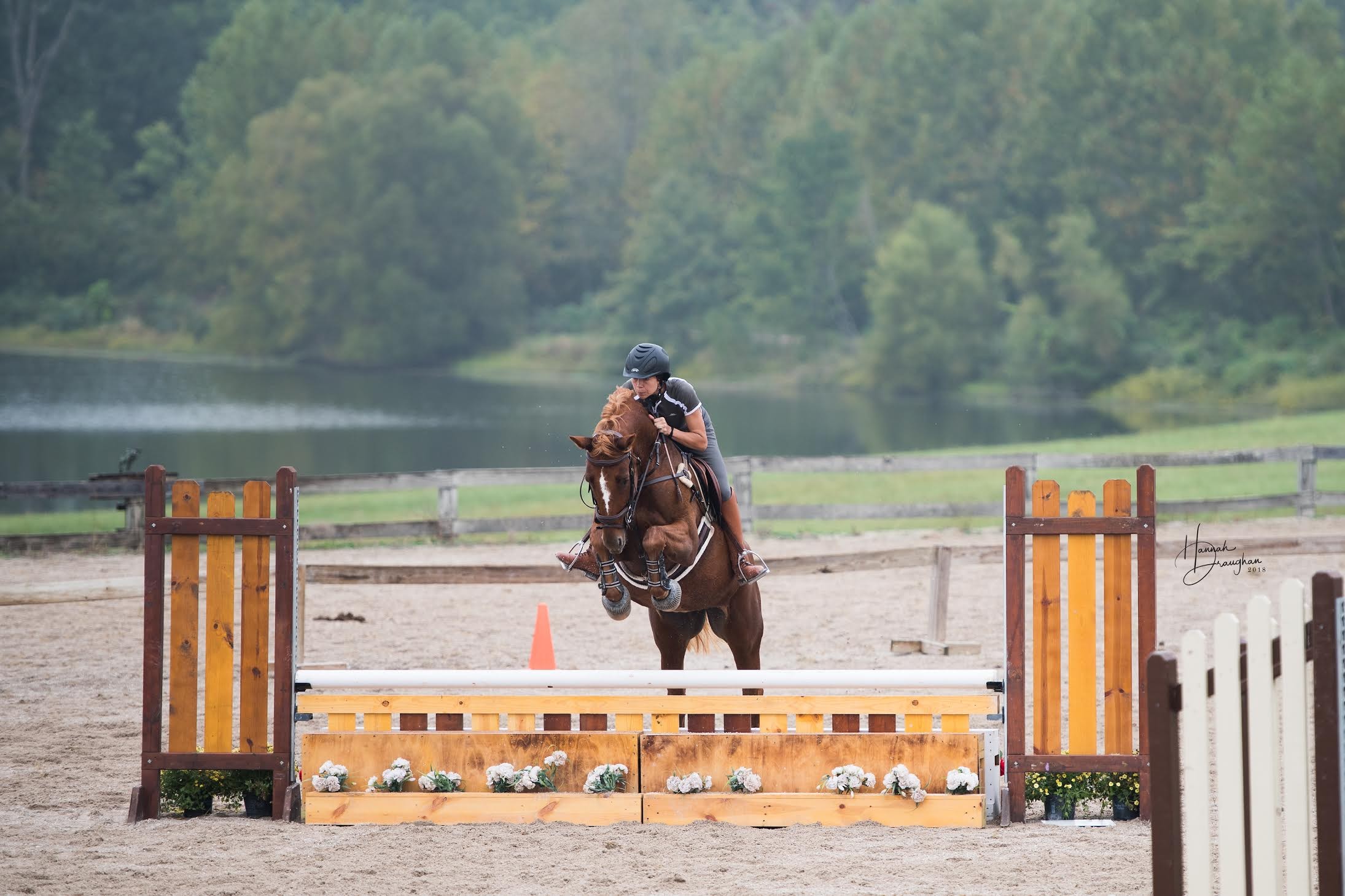 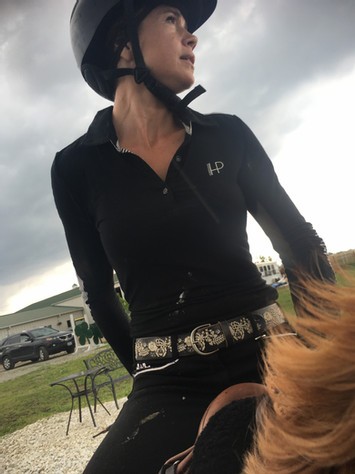