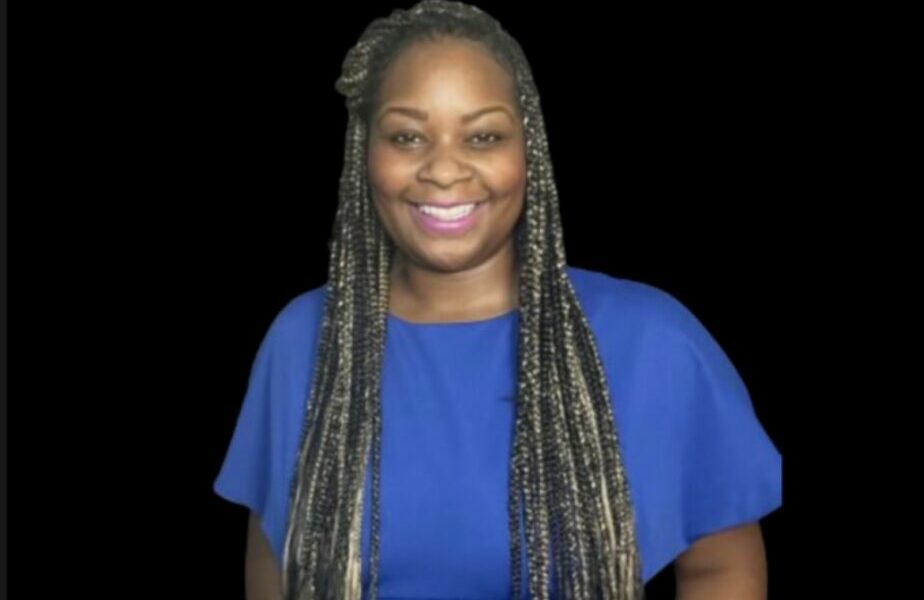 Today we’d like to introduce you to Twyla Lee.

Hi Twyla, please kick things off for us with an introduction to yourself and your story.
My name is Twyla Lee, and I am a mother, daughter, and educator with 20 + years in the profession. Right after I graduated from Harris Stowe State College (it was not a university I attended), my son Mekhi Lee and I moved to Atlanta, GA. I had not secured employment before moving; I just moved and believed I would find employment because I was a certified teacher. I did not want to be a teacher, but the profession chose me and continued to hold on to me since 2001.

In my first week living in Atlanta, GA, I attended a job fair and was hired by the first principal I interviewed, who offered me my first full-time teaching position at North Clayton High School. As a young single mother, I quickly realized that I had gaps, needed help to keep food in the refrigerator, and just a Lil bit more money so my son and I could hang out and do fun things in our new big city. I learned that there was no help for my son and me because I made too much money as a teacher with one child.

In 2007, I decided to move back to the St. Louis Area and founded Bridge the Gap, a non-profit organization. Unfortunately, life distracted me from growing Bridge the Gap as envisioned. So in 2014, I renamed and relaunched my non-profit and hosted our first event, “Women to Women Empowerment with a Splash of Art Showcase,” and self-published Letters of Empowerment to the Next Generation of Women and Mothers book, all in the wake of me losing my job and my financial security.

The event was a success, and I donated money raised from the event and book to $1000 to another nonprofit that provides Christmas grants to households with children that have an incarcerated parent. And being able to help organizations help families to have a Christmas touched my heart because my son’s father went to prison a week after our son turned 3 years old. He passed away 2 weeks after our son’s 11th birthday.

Fast forward to May 2021, I was in a better position financially and mentally and had the grand idea to host a Juneteenth Community Celebration. I felt that we/the community needed something to bring us together. We as a community needed something to bring us some joy, and I knew very much that some community members needed help. I needed to know what organizations they could turn to for assistance because we were trying to come out of pandemic isolation, but I knew this event could not be a super spreader event. With the above thought in mind, I reached out to Mayor Reggie Jones of the City of Dellwood and asked him if we could partner up for a Juneteenth Celebration. Without hesitation, Mayor Jones said yes, let’s do this!

Alright, so let’s dig a little deeper into the story – has it been an easy path overall, and if not, what were the challenges you’ve had to overcome?
During the 2013-2014 school years, I was amid a perfect storm of uncertain change. I did not realize that once the 2013 Missouri Transfer Law Storm began to settle, I would be under-employed, but yet I am! Through this experience, I realized some amazing realizations as things began to manifest. As the storm fog was lifting, my reflection became clearer on various events, and I began to “overstand” how I arrived at this point. I thought about tasks that had been asked of me, things that I had witnessed. And more as I recalled requests from administrators, colleagues, parents, and school board members in particular for me to discuss “The Missouri Transfer Law” and to help students understand what was going on and possible consequences.

Lastly, I joyfully reflected on the request for me to encourage students to mobilize in a collaborative “peaceful manner” to save their school. I can still feel the excitement! My school, the school I worked at, and my students were at the focal point of Local, National, and even International media outlets. I remember feeling excited. In my mind, I was in the middle of the New Civil Rights Movement because I knew that the Normandy and the Missouri Transfer Law situation was history in the making.

I remember feeling inspired. I was all in! I remember explaining to my students that when you work for a change, it can be uncomfortable and that all things may not be as they seem. To solidify my point, I used the life stories of Martin Luther King Jr., Rosa Parks, Harriett Tubman, Medgar Evers, President Obama, Malcolm X, Little Rock Nine, John F. Kennedy, and more to help students understand.

I never questioned why I was asked to speak with students because, in my mind, it made sense why I was asked. In my mind, I was asked. I was the Social Studies Department Chair because I taught U. S. Government and American History classes. Unknown to me, I spoke encouragement and truth to myself. You see, once I was able to see through the fog. I recalled a memory of a talk I had with God on one bright, clear, sunny morning as I walked into East Hall at Normandy High School; I remember asking God if I was “supposed to remain at Normandy High School”? During this talk, I also told God that he would remove me if I were not supposed to be at Normandy High School. But as I became more still, I could hear God and understand his more profound reason for my change in employment. So no, the New Normandy Schools Collaborative did not interview me because I “did not meet the criteria for an interview,” as the letter stated.

I was not interviewed or rehired because God had a Greater calling, plan, and purpose for me. The week that would have traditionally been my last week of Summer Break revealed God’s Purpose and planned for my life. I understood that I must continue teaching, mentoring, and inspiring generations to come. My assignment instructed me to live out what I was trying to instill into my students; so it could be forever instilled into them.

God will shake things up in our life to grab our attention. He gave me a vision and a time frame long before Normandy School District hired me. I ignored it. I pushed it off! I was living and behaving as if I was in control. I had become complacent because I had a “good job” with an excellent salary. I had decided that I would not challenge myself and play it safe because I had self-proclaimed that I was secure. LOL, foolish me.

God had already equipped me with all the gifts and talents to do his will, but he needed me to be still. He needed to have my attention. Now do not misunderstand me. God did not immediately reveal to me my entire assignment and the vision for my life at one time; he waited to see if I was ready to listen and if I was going to be obedient, and then he pieced it off to me. In the meantime, or before things became clear, I would sit and think. Then one day, I began doing something I did not plan. I began to say “Thank you, Lord” every morning and night.

I must admit life for me now is different, but my life is different for me in every positive way that I can imagine. I am experiencing joy and greatness that I had never imagined. I am so inspired to inspire others that I wake up with a burning joy to share my transition to living an enlightened, empowered, purpose-filled life. This experience planted the seed for this book, and the 2014 Woman 2 Woman Community Empowerment with a Splash of Art Showcase was conceived.

What would you say has been one of your most important lessons?
I have learned that sometimes in life, God may shake your life up to grab your attention. God gave me a vision long before Normandy School District hired me, but I ignored my calling. I pushed it off! I was living and behaving as if I was in control, and I had become complacent because I had a “good job” with an excellent salary and benefits. I had also decided that I would not challenge myself and play it safe because I had self-proclaimed that I was secure. LOL, foolish me, and life showed me that you must do what makes you happy and plan things for the community; bridging gaps between individuals and businesses make me happy.

However, I also learned that operating in your passion/purpose/gifts does not seem like work at all. This is exactly how I feel during the entire process of planning and day of operations for the Dellwood Juneteenth. 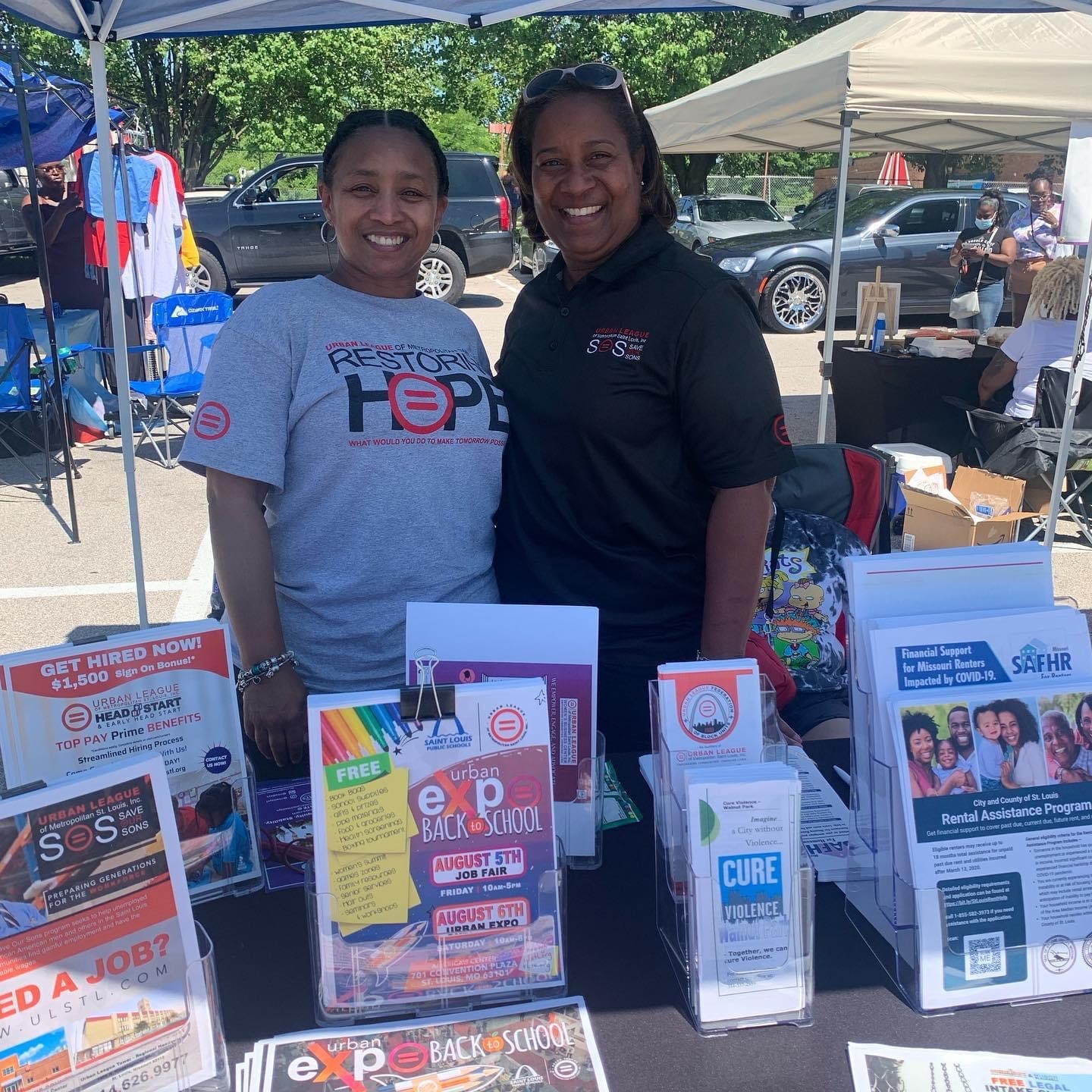 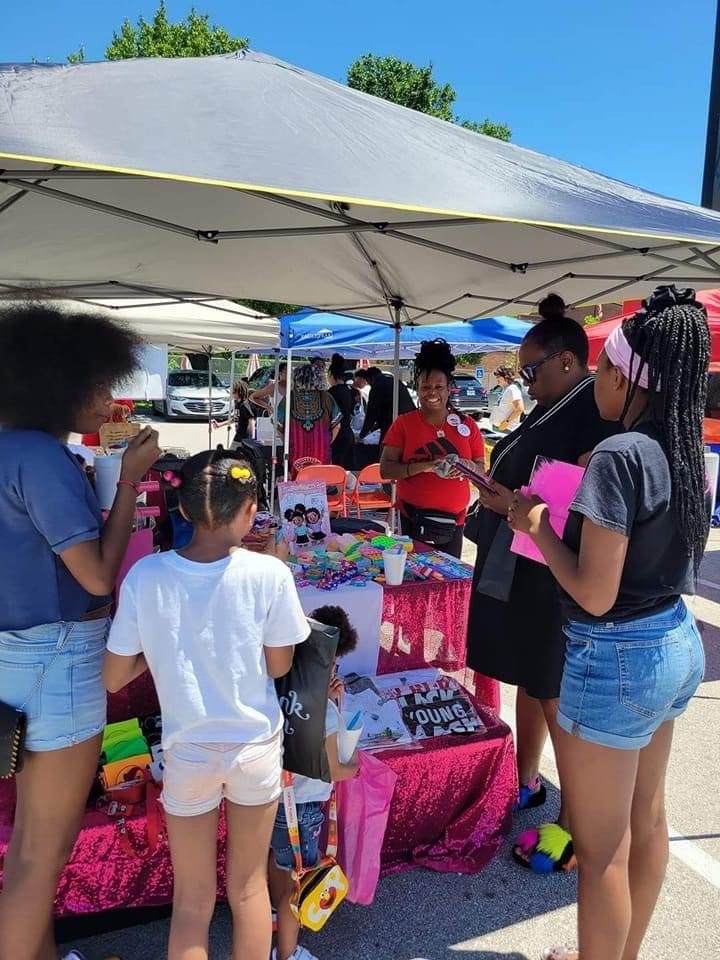 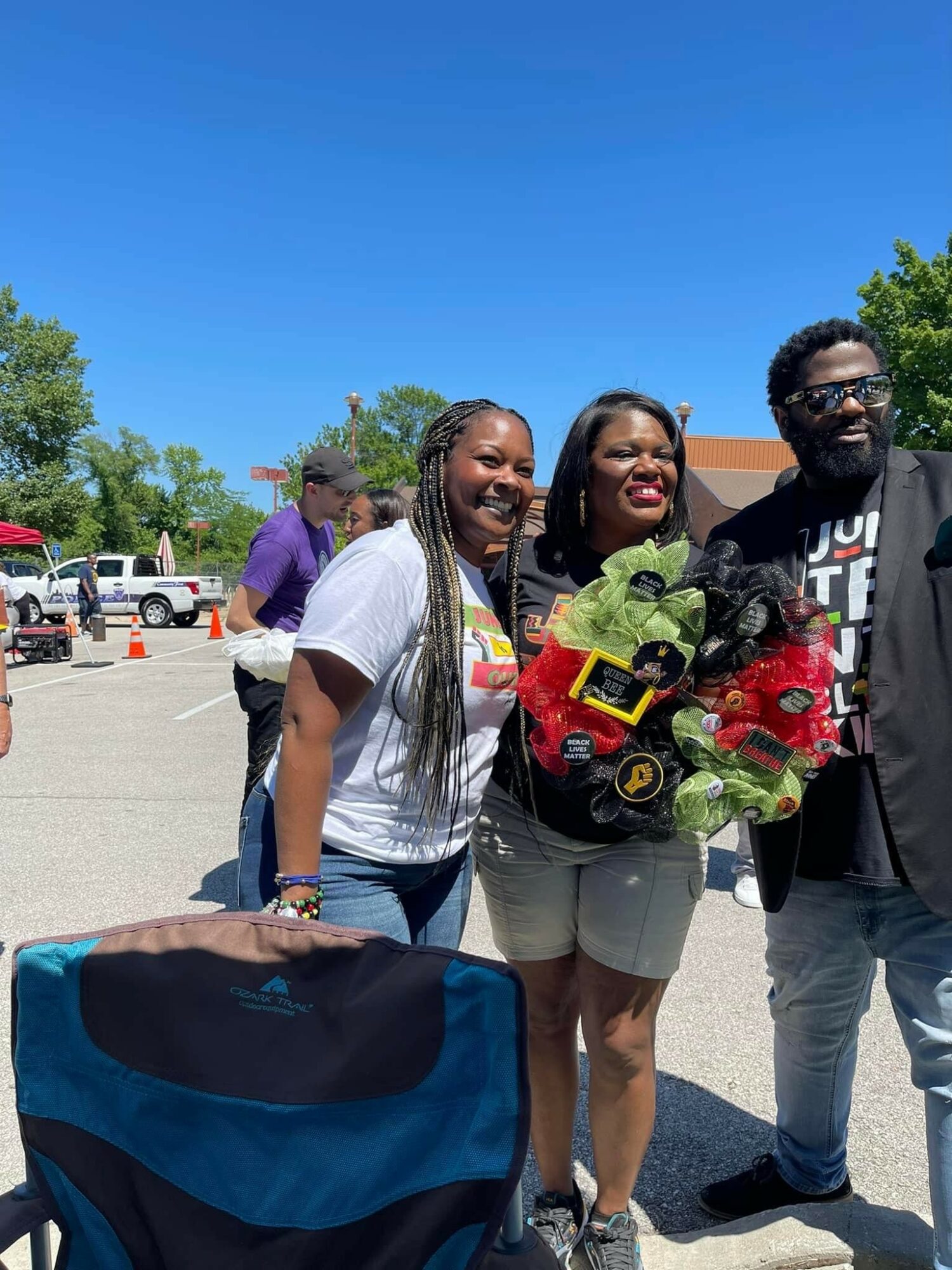 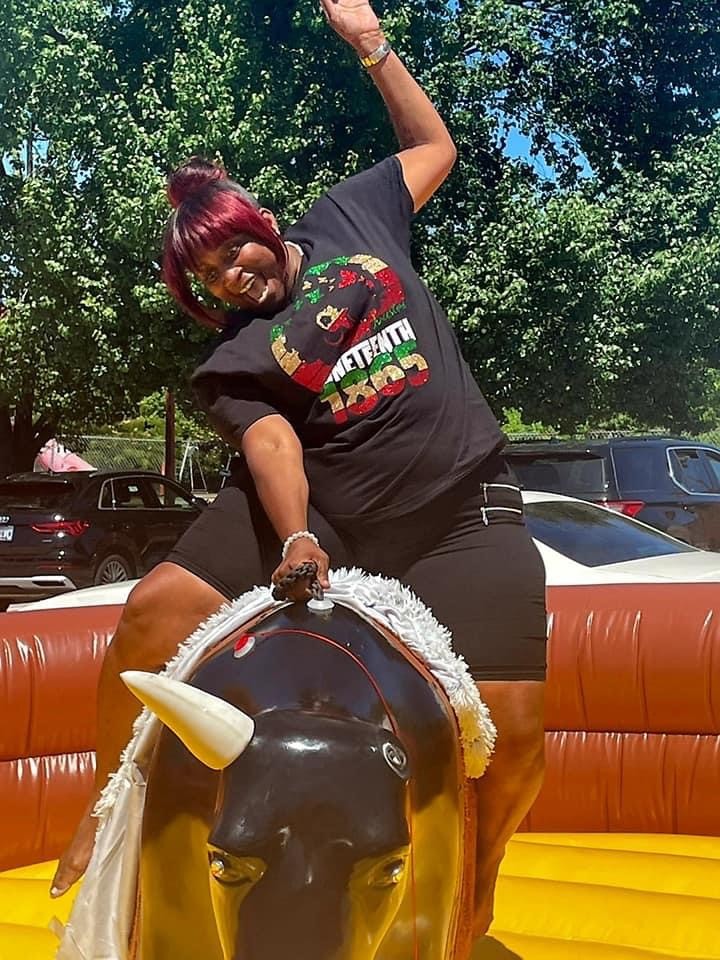 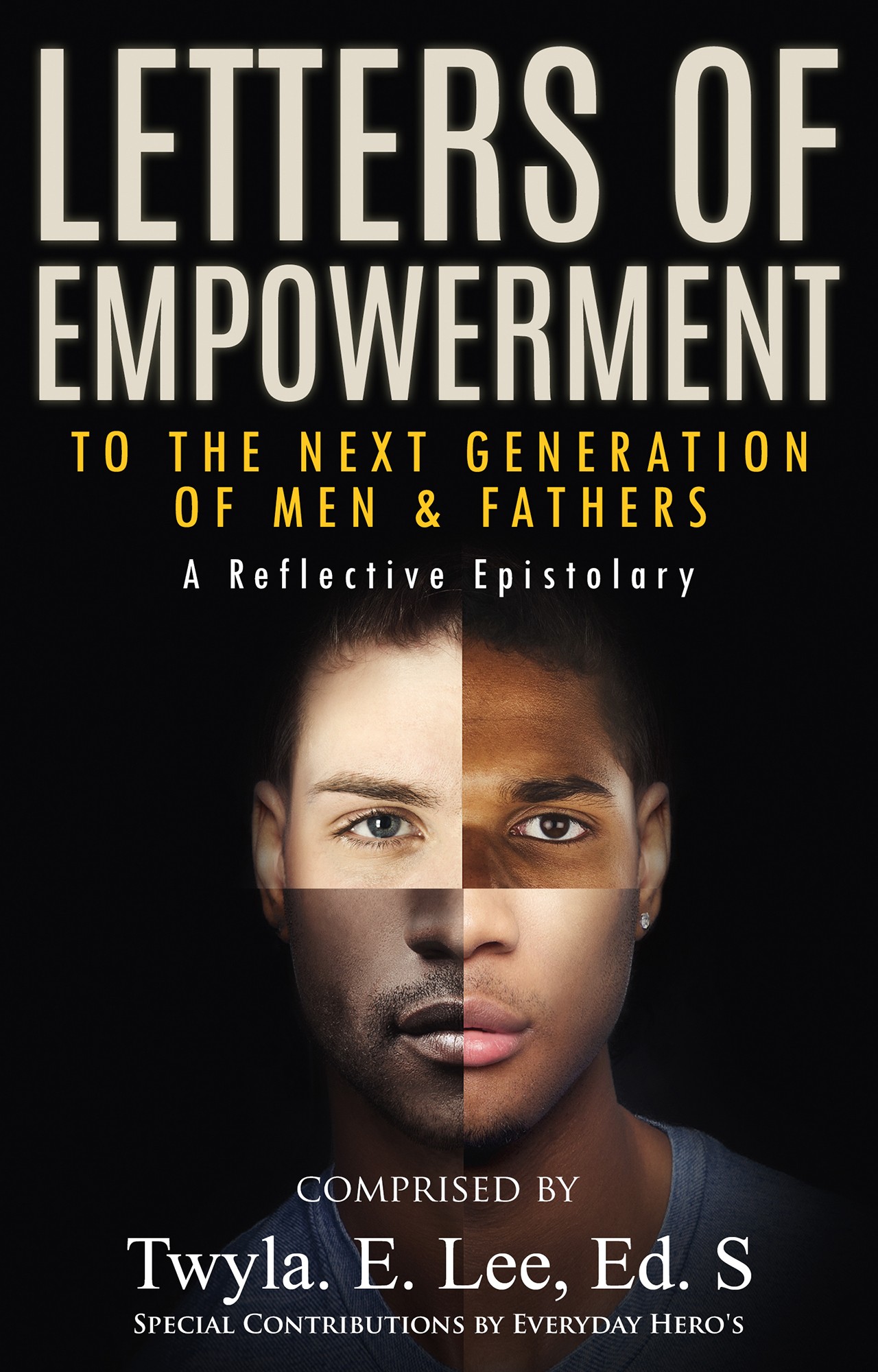 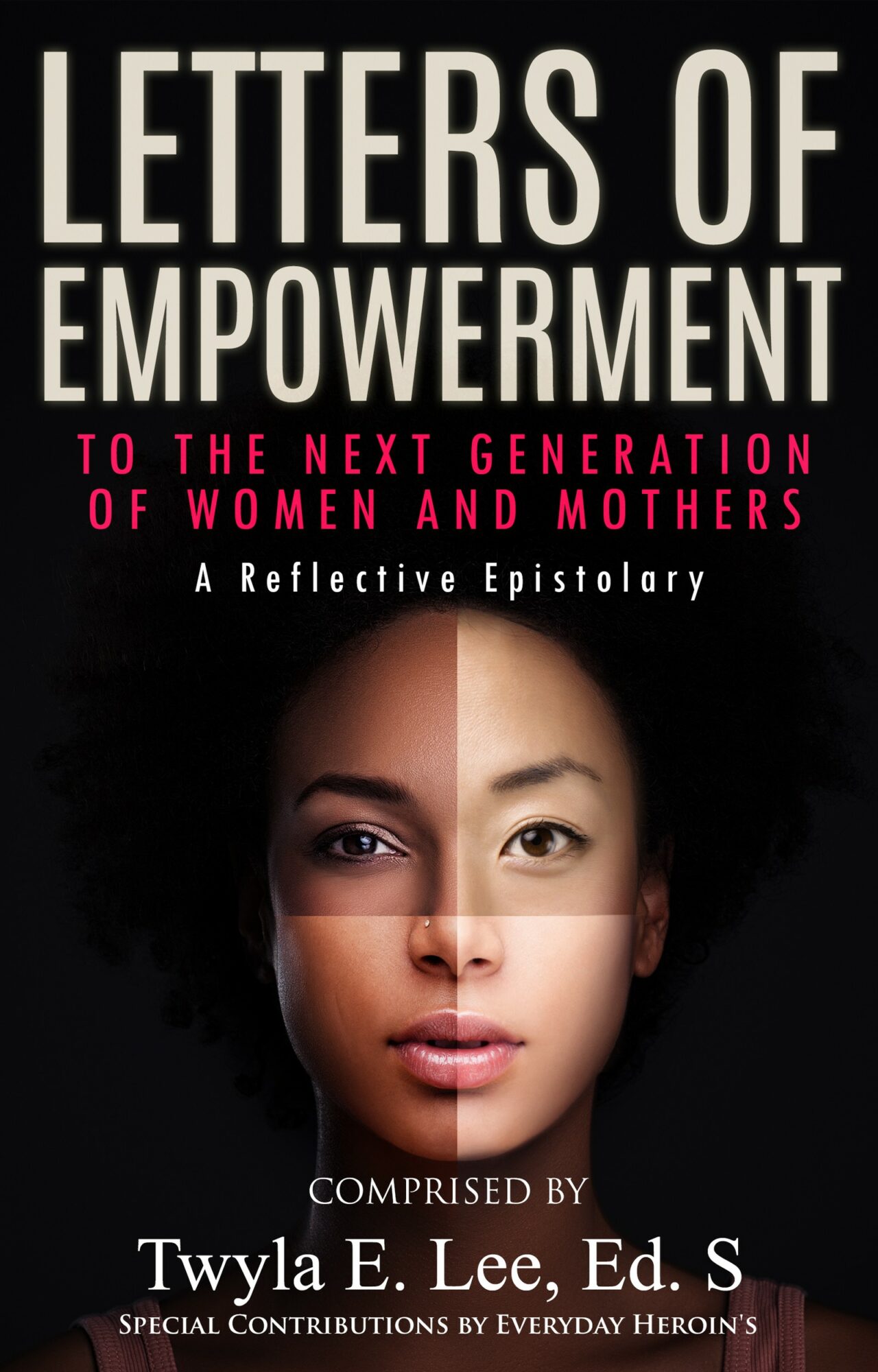 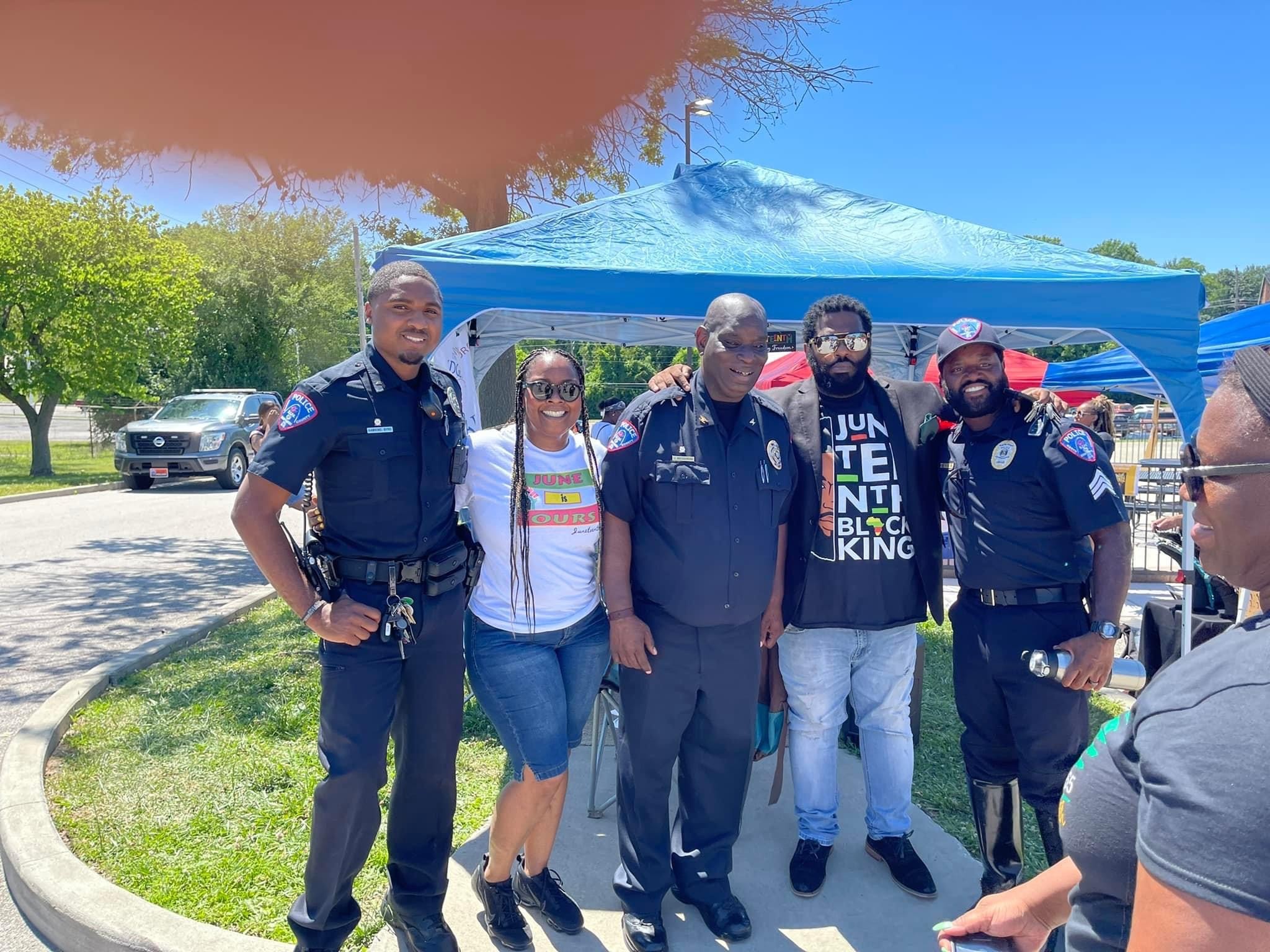 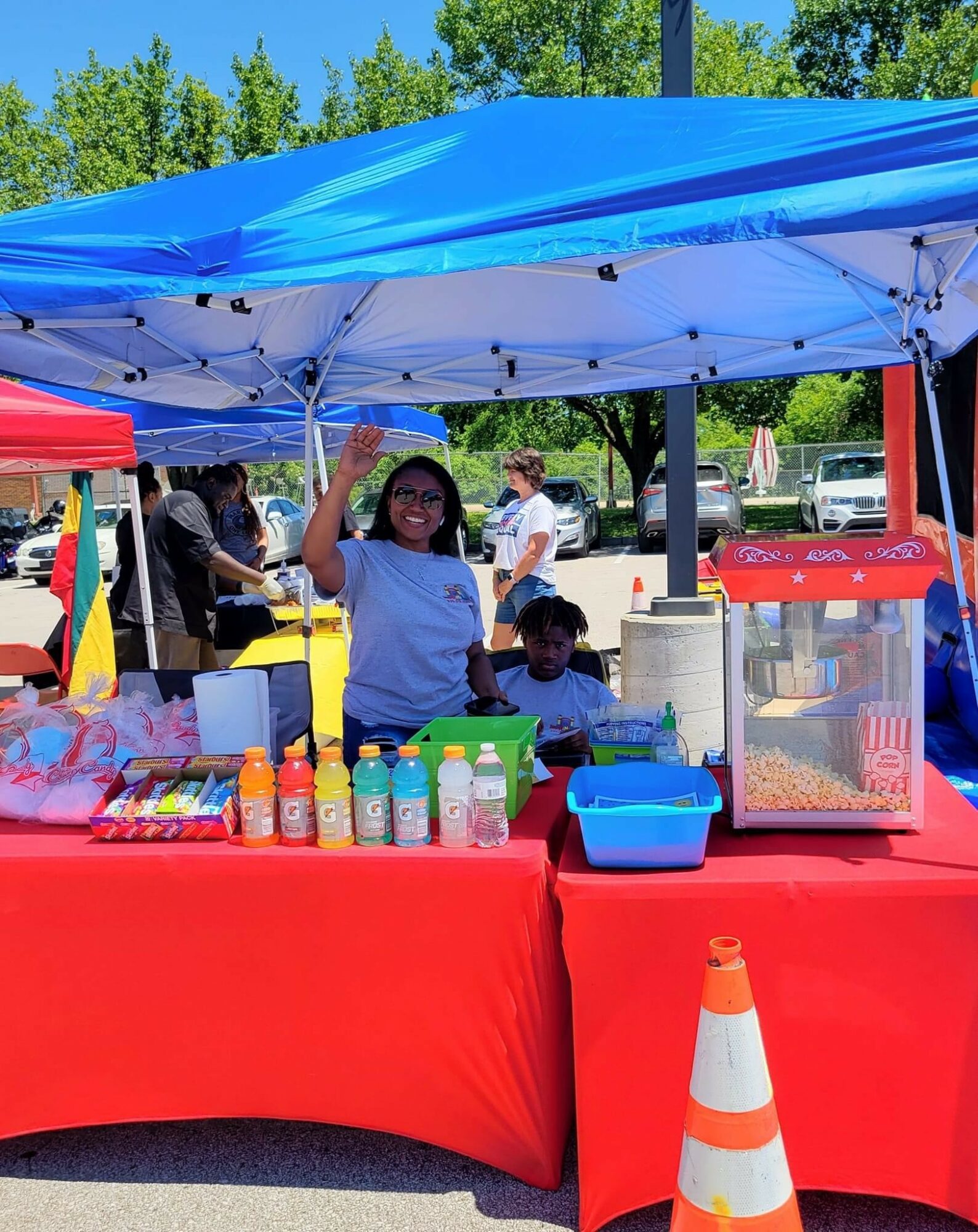 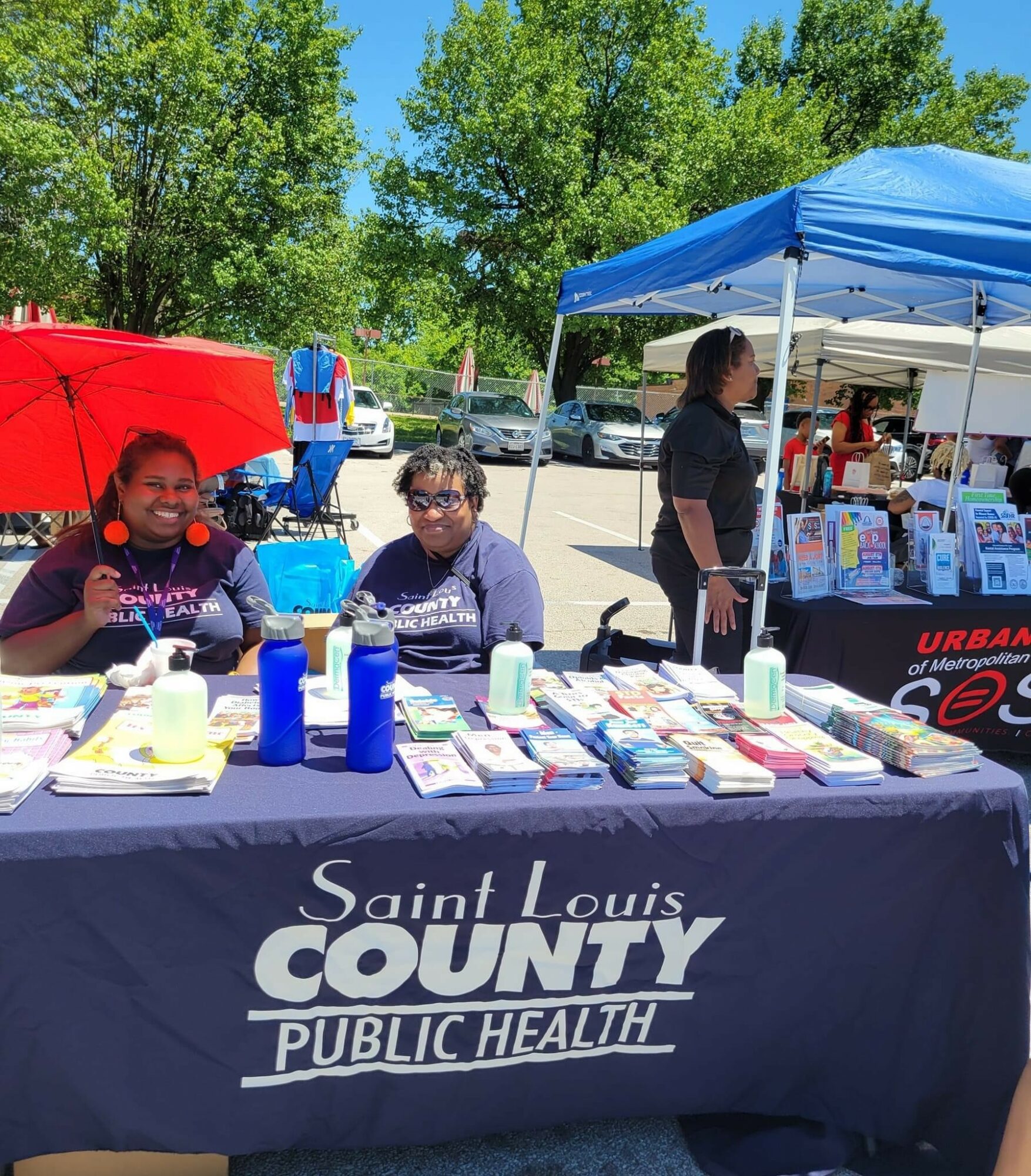