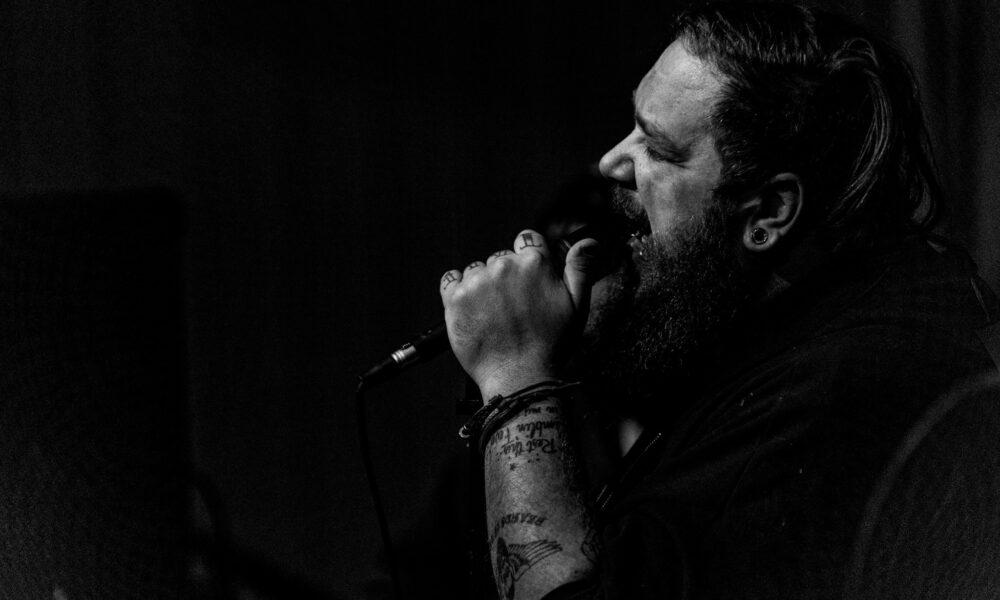 Today we’d like to introduce you to Brad Jackson.

Hi Brad, we’re thrilled to have a chance to learn your story today. So, before we get into specifics, maybe you can briefly walk us through how you got to where you are today.
My family moved to St. Louis when I was 7. After high school, I started touring with punk and screamo bands during the summers and playing music with my friends at home the rest of the year.

Eventually, I left town and moved to Gulf Shores, AL, and then Nashville, TN. After being gone for a while, I moved back to St. Louis in 2013 and worked on getting settled back into my hometown.

In the summer of 2014, I launched Roughneck Beard Company from my tiny home office. We had $40 in the bank, 2 young babies, and I had been touring and traveling for work more than I wanted to as a guy with a young family. I bought enough ingredients to make a few products, learned (on the fly) to build a website, and officially launched the brand on June 1st. Within only a few months, this thing I’d built as a side hustle grew to be the only thing I had time for. It was only a few years later, just after moving to Maplewood, that I opened the brick n mortar storefront. Our online sales are still the major driving force behind the company. We ship hundreds of orders per week all over the world. It’s been incredible and I never expected to still be doing this 8 years later!

During the first year of promoting the brand, I found out about and began traveling to beard competitions. This led me to meet some of the nation’s finest beard and mustache clubs; non-profit groups centered around a very silly unifying concept that does a ton of really good in the world. After being very underwhelmed with what St. Louis had to offer in the way of beard clubs, I gathered together some of the best guys I know and started BAMSTL – Beards and Mustaches of St. Louis. In the time since we started this club, we’ve donated almost $40,000 in cash to area charities and countless man-hours to worthy causes. I served as the president of the club until early this year when I stepped down and passed the torch (by unanimous vote) to my good friend David Dorney. Dave is carrying the club into the future and I’m currently serving in an honorary VP role. BAMSTL is amazing, and we would love to see some new faces at our monthly meetings! Find us online and come check it out!

Other than starting the company and the beard club, returning to St. Louis meant a return to play music with the people I’d grown up with. Nashville offered a lot of opportunities musically, but it also took a lot of the magic out of it. That organic exchange that we all look for in music was missing there. Nothing against the town at all. I love Nashville and I loved living and making music in Nashville. I just loved coming home and making music my way with my friends more. So in 2013, a few buddies from high school and I started writing songs in a buddy’s basement. I had been honing my country chops for several years, writing songs with award-winning writers from the 50’s-60’s-70’s-80’s (most of my friends in Nashville and Gulf Shores were 70 or older), so I had a style. Old country. The good stuff. My buddies in St. Louis wrote and played punk music. So when they tried to bend and twang to meet me somewhere in the middle, that’s what kind of defined the sound we’re still making today. We called the band The Fighting Side, kind of riffing on an old Merle Haggard satire tune. A lot of Merle’s fans didn’t know it was satire, and Merle never told ’em. That always struck me as pretty punk rock. 8 years later, we’ve seen a good handful of lineup changes, but we’re still going. We tour the country now on a converted old Bluebird school bus named Loretta 2. She’s a larger version of the original Loretta, which was a 2001 Chevy Express Short Bus. We’ve been just about everywhere and hope to keep traveling and playing for a long time.

In 2015, after planning a few live shows with other Americana and country acts in St. Louis, I built the River City Opry. It’s a really amazing collective of St. Louis roots musicians. Working together with a handful of great folks, we’ve got the entire scene on the platform. We were hosting monthly showcases leading up to the pandemic shutdowns, and have been presenting shows since. We plan to re-launch the monthly showcases in the coming months. We’ve brought some amazing acts to St. Louis and have has a big part in sending some of St. Louis’s finest to other cities. In 2019, I launched Arch City Sounds, a similar but nongenre specific platform.

We all face challenges, but looking back would you describe it as a relatively smooth road?
Nothing worth doing is ever easy. Life is a struggle! That’s the point, I think. Mostly, I think it’s about how you and your team handle it all. When you surround yourself with real folks, real friends, the struggles are manageable.

I think the hardest thing for me, always, are the people I lose along the way. Not the ones that literally pass away, though they’re greatly missed, the ones who you thought were in it with you for the long haul. When you love really hard, it’s hard to see them fall off or go the other way. All I want is to do life with my people. Help make each other’s lives better. That’s what life is all about to me. Sometimes that’s just not in the cards for everyone, and that’s ok. It just hits me hard. I try to hold space and love for everybody.

As a band, we’ve seen a good handful of lineup changes. It’s all just the universe speaking though. Our current lineup is the best to date, and I wouldn’t change a thing that got us here.

Alright, so let’s switch gears a bit and talk business. What should we know about your work?
The Fighting Side is best described as a honkytonk rock ‘n’ roll band. We blend a lot of countries and punk and straight rock ‘n’ roll and come out with a sound that is mostly all our own. It can be frustrating because we don’t always fit in with an all-country crowd, or an all-punk rock crowd, but we love what we do.

We’ve been a touring act since 2017 and have no plans to stop anytime soon. We were really starting to feel the momentum pick up leading into 2020, and then the pandemic shut us all down. We’ve been keeping busy writing and recording, and we got back on the road in June 2021 with a few new guys.

We’re so proud of our current lineup. We’ve got Seth Barnhart on rhythm guitar, Josh Eaker on lead guitar, Ben Gastman on bass, and Timmy Kendrick on drums. It’s an all-star cast of characters and I’m so lucky to get to travel and make music with these guys all the time. We function like an absolute family out there on the road. Knowing your band has your back and knowing that they know that you have theirs is special and rare.

Other than the band, which is a total labor of love, the River City Opry is my passion project. We hosted 3 years of amazing showcases, featuring the best talent St. Louis has to offer. We’ve brought some amazing artists to town and sold out shows all over the city. I’m so excited to get the platform up and running again. It really is a labor of love.

If you had to, what characteristic of yours would you give the most credit to?
Somewhere, somehow along the way, I was gifted with a really clear set of values and a strong gut feeling. I’m not sure where that came from specifically, but it’s helped to guide me through everything that I do. That’s really become the compass that tells me when I’m on the right path. 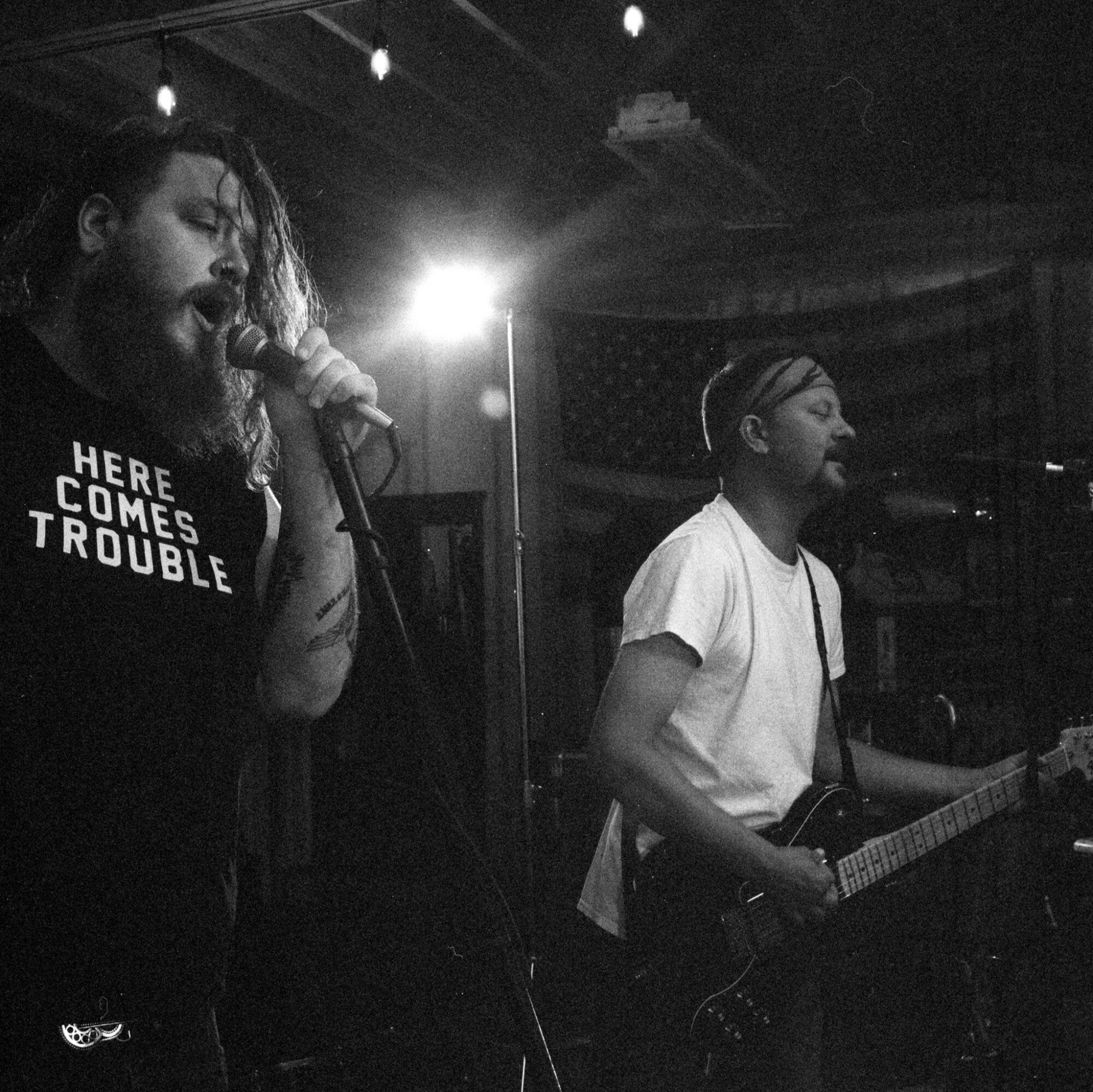 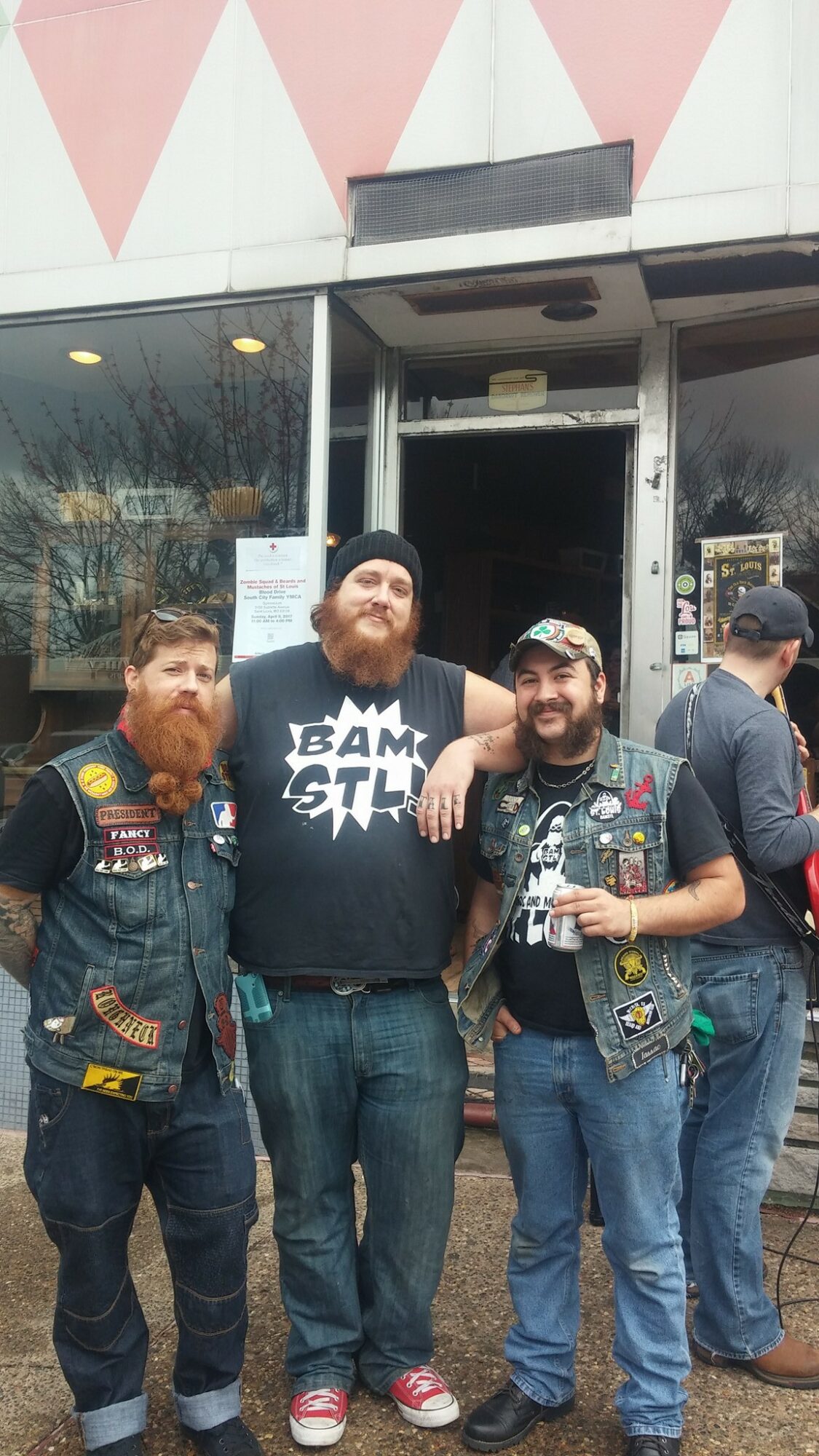 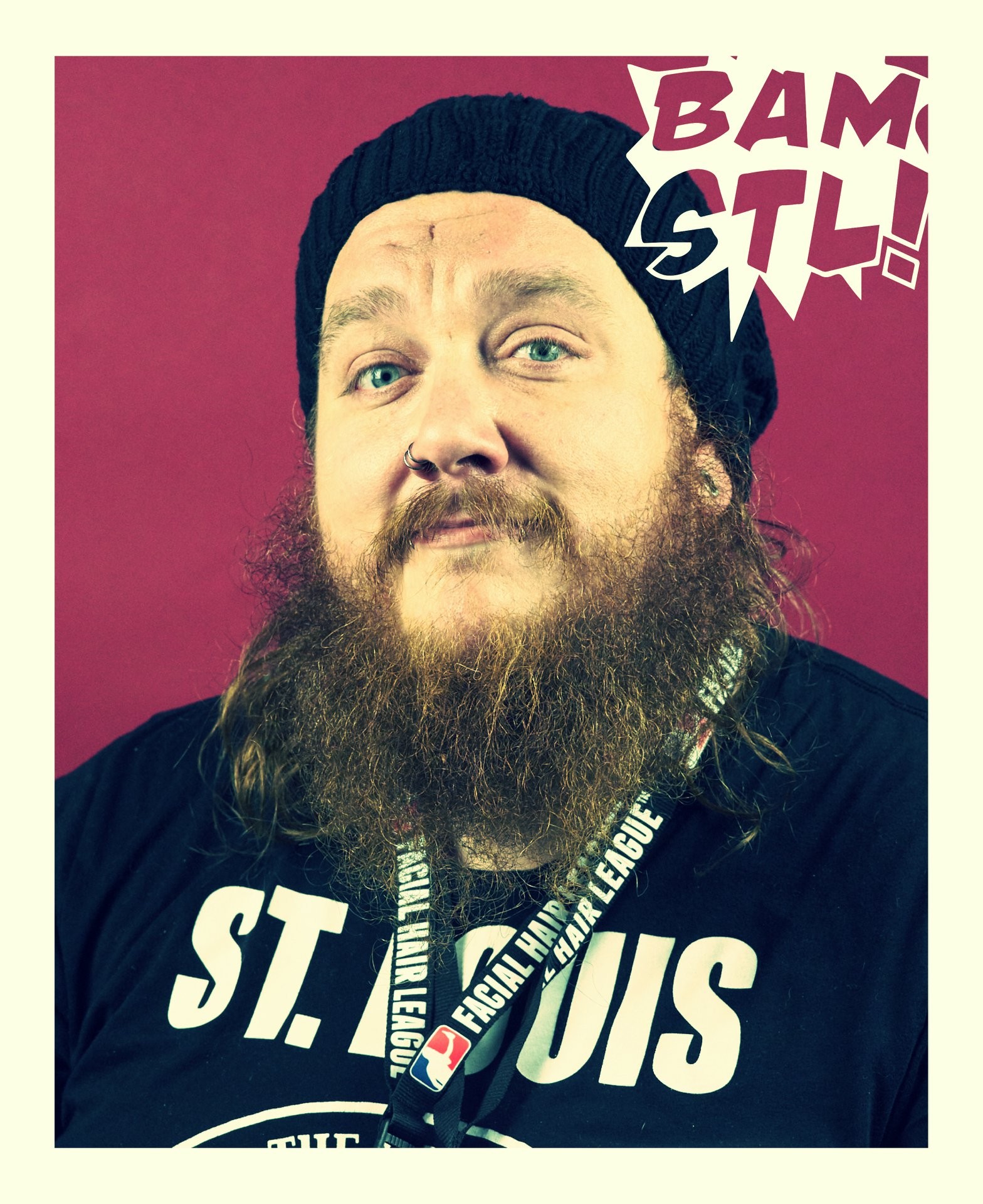 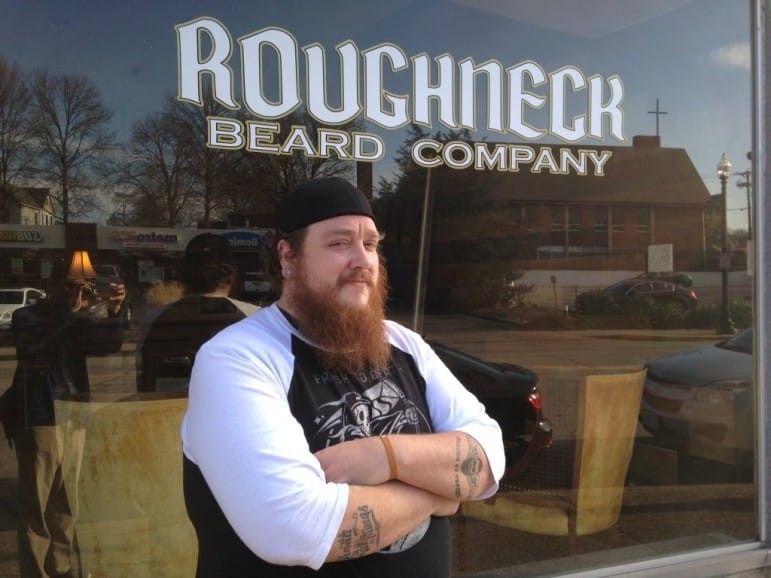 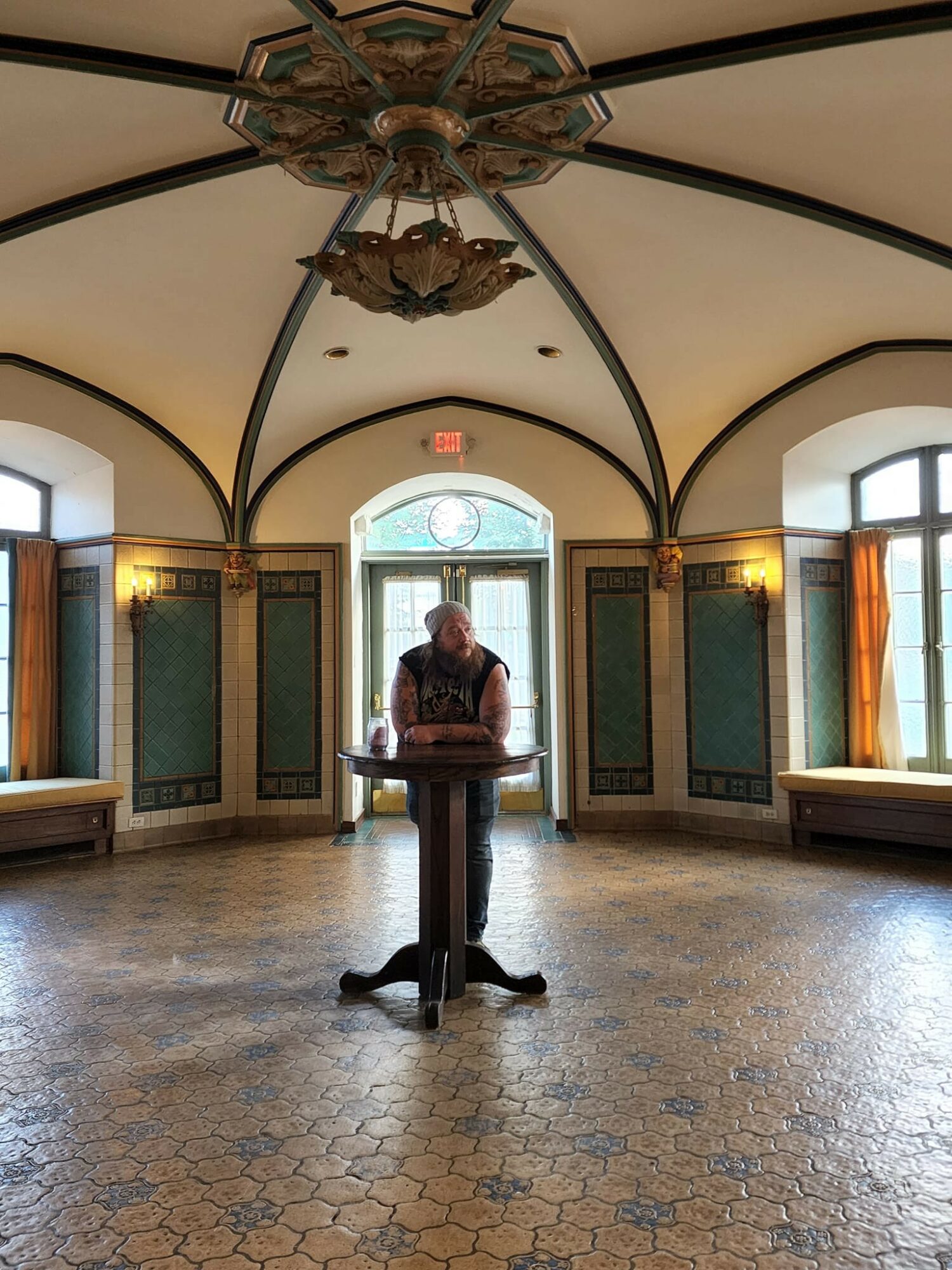 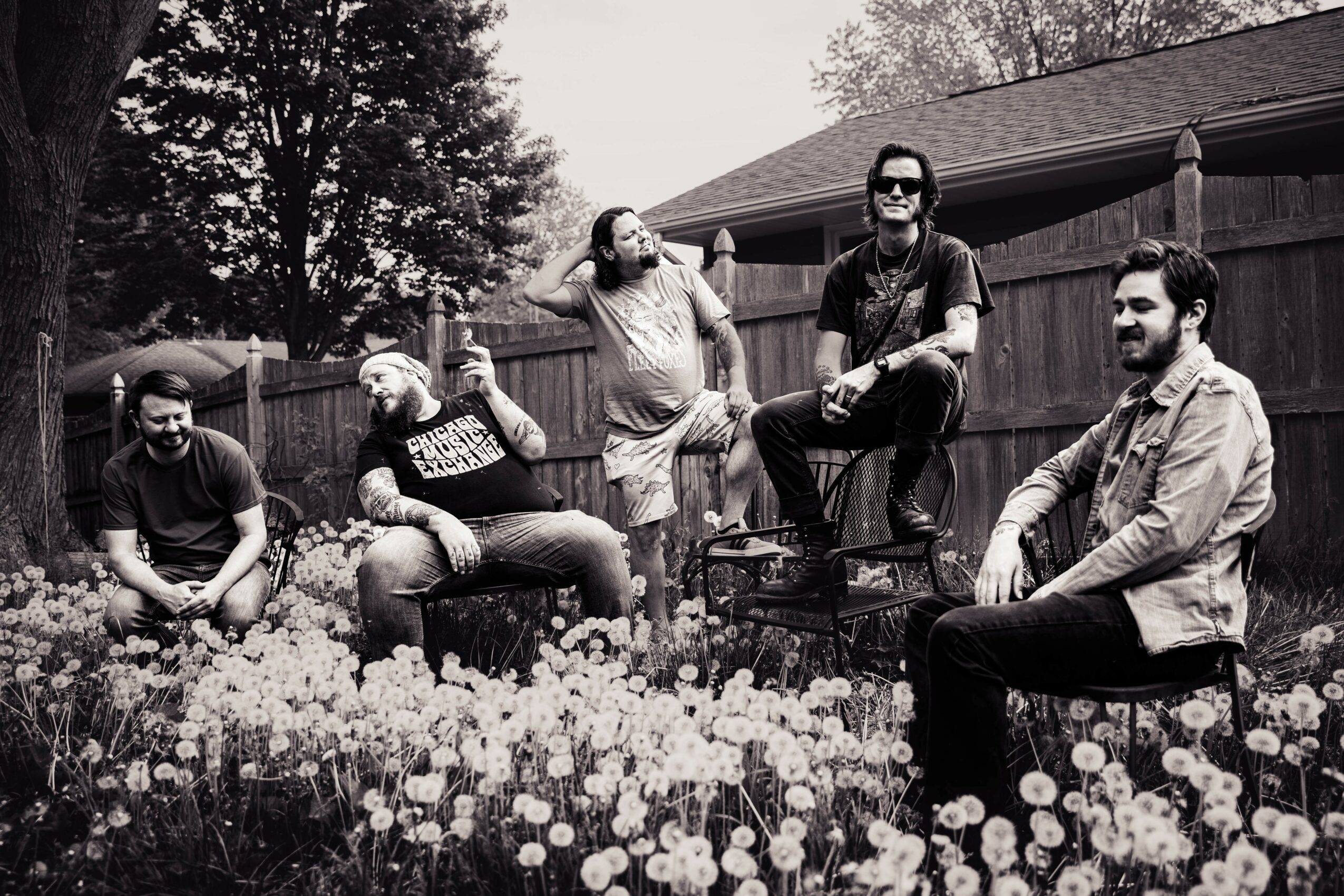