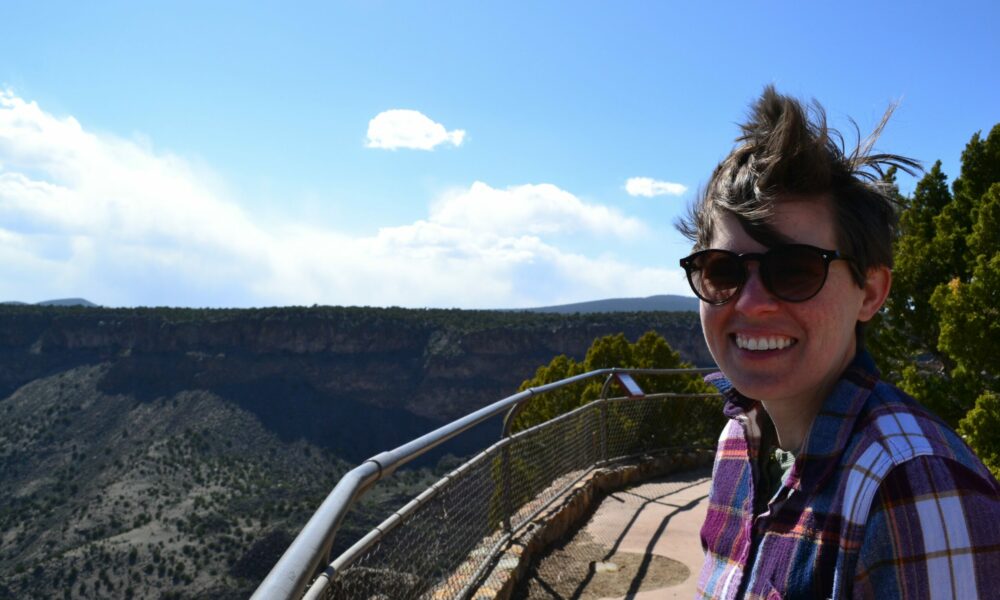 Today we’d like to introduce you to Danielle Snowden.

Danielle, we appreciate you taking the time to share your story with us today. Where does your story begin?
Well, for starters, I had no experience in brewing before I worked at Earthbound. My degree is in parks and recreation, and I dabbled in homebrewing, but I was not very good at it (I attempted to make a kale beer, let’s leave it at that). I moved to St. Louis in 2014 to serve in an AmeriCorps program, which was the same year Earthbound opened at 2710 Cherokee, AKA the hallway. I specifically remember going for the first time and having both Chicken and Waffles Blonde and Thai Basil IPA and thinking, who are these odd people over here making these weird and wonderful beers? After AmeriCorps, I took a year off to travel abroad, mostly in New Zealand, where craft beer was really taking off and started to intrigue me. Once I was back in St. Louis, circa October 2016, I hit up Earthbound to see if they were hiring, which Rebecca (a former owner) responded with, “we are not hiring, but if you want to come to hang out and talk with us you are totally welcome.” SO, THAT’S WHAT I DID! Every Friday night after work, I would go over and have a beer and talk with Rebecca.

After nearly a year of this, I was offered a weekend bartending shift at the new space at 2724 Cherokee! And that’s how I started my journey with Earthbound. I was a bartender for a while, and then I started doing back of house stuff like keg washing and helping with canning. That transitioned into leading weekend tours and learning the pilot system. Once Rebecca left in 2019, I started learning the 7BBL system and doing our social media. So basically, I started from the bottom and worked my way up. Now I brew on both systems and have a hand in all aspects of the brewing process. Obviously, I could do none of this without Jeff and Stuart, as it takes a village to make a beer. They had confidence and invested in me, and I am/will be forever grateful.

Can you talk to us a bit about the challenges and lessons you’ve learned along the way. Looking back would you say it’s been easy or smooth in retrospect?
Oh, of course not! How will you ever learn anything if you don’t have any bumps, roadblocks or potholes to navigate and problem-solve through? I actually left two jobs to work here at Earthbound. I was working weekends at Urban Chestnut and full-time at the Missouri Botanical Garden. I left both of them to work here part-time and slowly built up my hours. So I took a financial cut. Shortly after getting on part-time, one of our owners, Robin, announced he was leaving. So I took over his former duties. Then a few months later, Rebecca left as well. And we were all scrambling to get things in order and figure out our roles. You could say I was on an accelerated program! I made mistakes along the way, and I learned from them and built up my knowledge.

There is still a lot more to learn, which is one of the things I find most appealing about brewing. There is always more to know. I have learned a lot about myself over the past few years and I think being able to grow at my job definitely contributed to that. Back when I started out as a bartender, I was really unsure of myself and my path forward. I have been given a lot of freedom here and the ability to be creative. Work was/is a safe space for me to be myself. And I felt safe enough to come out over the past few years as well. And I now use my platform to be out and to be seen so other folks in the LGBTQIA community know that there are queer brewers out there. That it is an achievable goal. The more LGBTQIA representation we have in the world, the better. Marginalized folks deserve to be seen and heard.

Appreciate you sharing that. What else should we know about what you do?
Earthbound Beer is pretty synonymous with making “weird beer” and being political. The weird beer part was what attracted me in the first place. From the Chicken and Waffles Blonde to the Dead Druid King (a gruit style ale made with young oak leaves), it’s what we are most known for. We, of course, make “normal beers” as well! We all love our All-Purpose Pilsner, but it’s that creative part of making recipes that really gets us excited. For me, personally, what I am most proud of is our Out & About beer. I was able to take one of our recipes and jazz it up a bit, and run it on our small (1.5BBL) system to try it out. I really wanted to make a special beer for pride month. I was given free reign to come up with the recipe and name. I also wanted to donate a portion of the proceeds to a local LGBTQIA non-profit. I ended up with Out & About, and we donated to PROMO.

The beer went over very well, so the next year, 2020, we bumped it up to the 7BBL system. I once again was given free reign to come up with label art and to find a local artist to collaborate with. I had met Abby Dorning through a mutual friend and threw out the idea of a BIG GAY MONSTER TRUCK. Really it was based on my 1994 Mitsubishi RVR, Lady Judith, that had gotten me and my friend around all of New Zealand for a whole year. Honestly, this was before I was, uh, “out and about,” but it was all part of my journey. Last year we made two batches of Out and About and had shirts made, donated money to QTPOC (Queer & Trans People of Color). This year it has been the same, but we donated to SQSH (STL Queer + Support Helpline). I know a lot of breweries make beers for Pride month, which is great, but it’s extra special to me because it’s made by me, an LGBTQIA person to support other LGBTQIA folks.

What were you like growing up?
As a kid, I was very outgoing and loud and competitive. I really liked playing sports. Once I got a bit older, I still enjoyed sports but became a lot more mellow, reserved and introverted, which unfortunately is something I think happens to a lot of girls growing up. I was pretty quick to become a wallflower and tried not to be noticed, pretty much all the way through college. It wasn’t until I joined AmeriCorps and did some international traveling where I really started to open up and participate in the world instead of just being an observer. 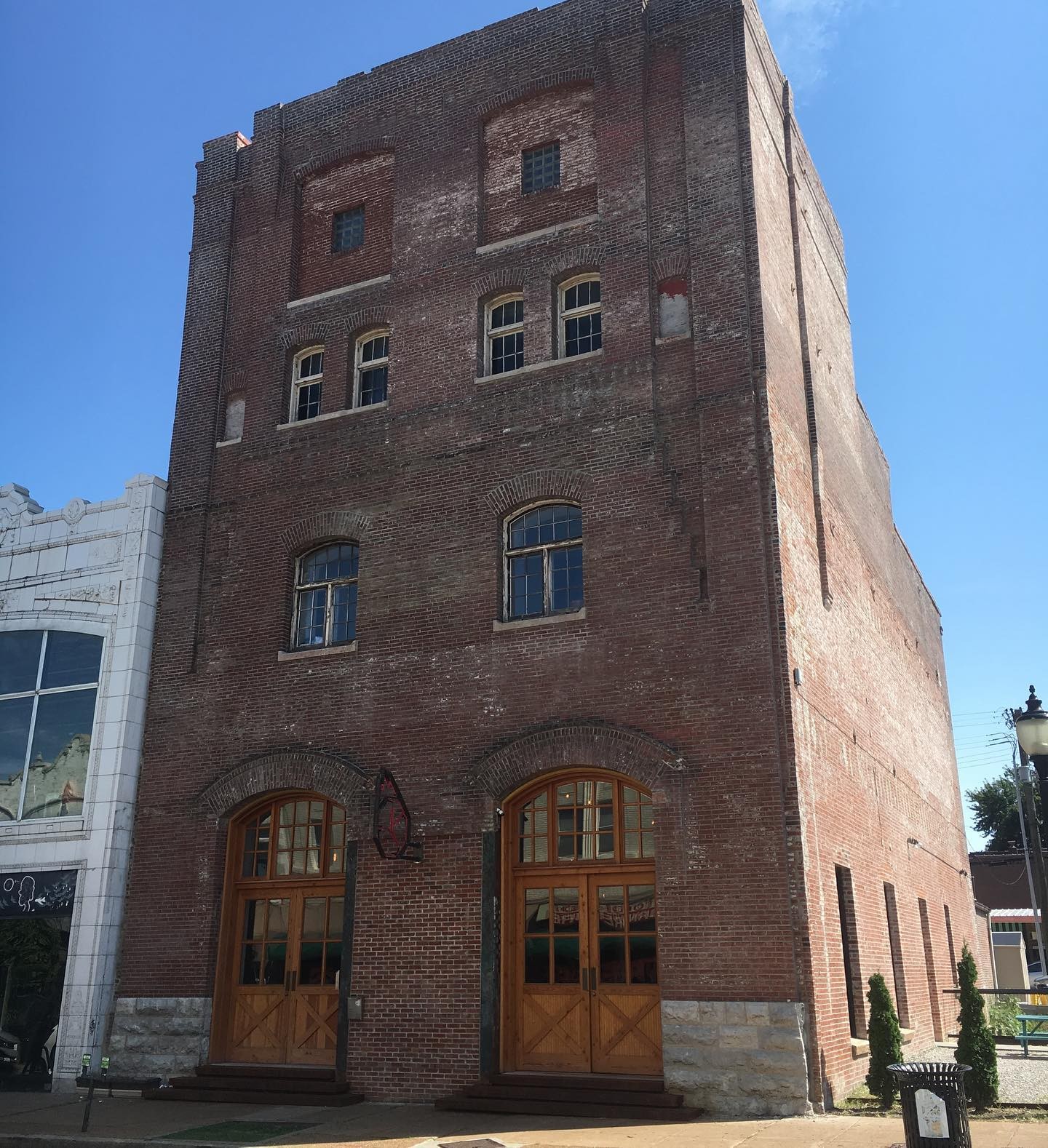 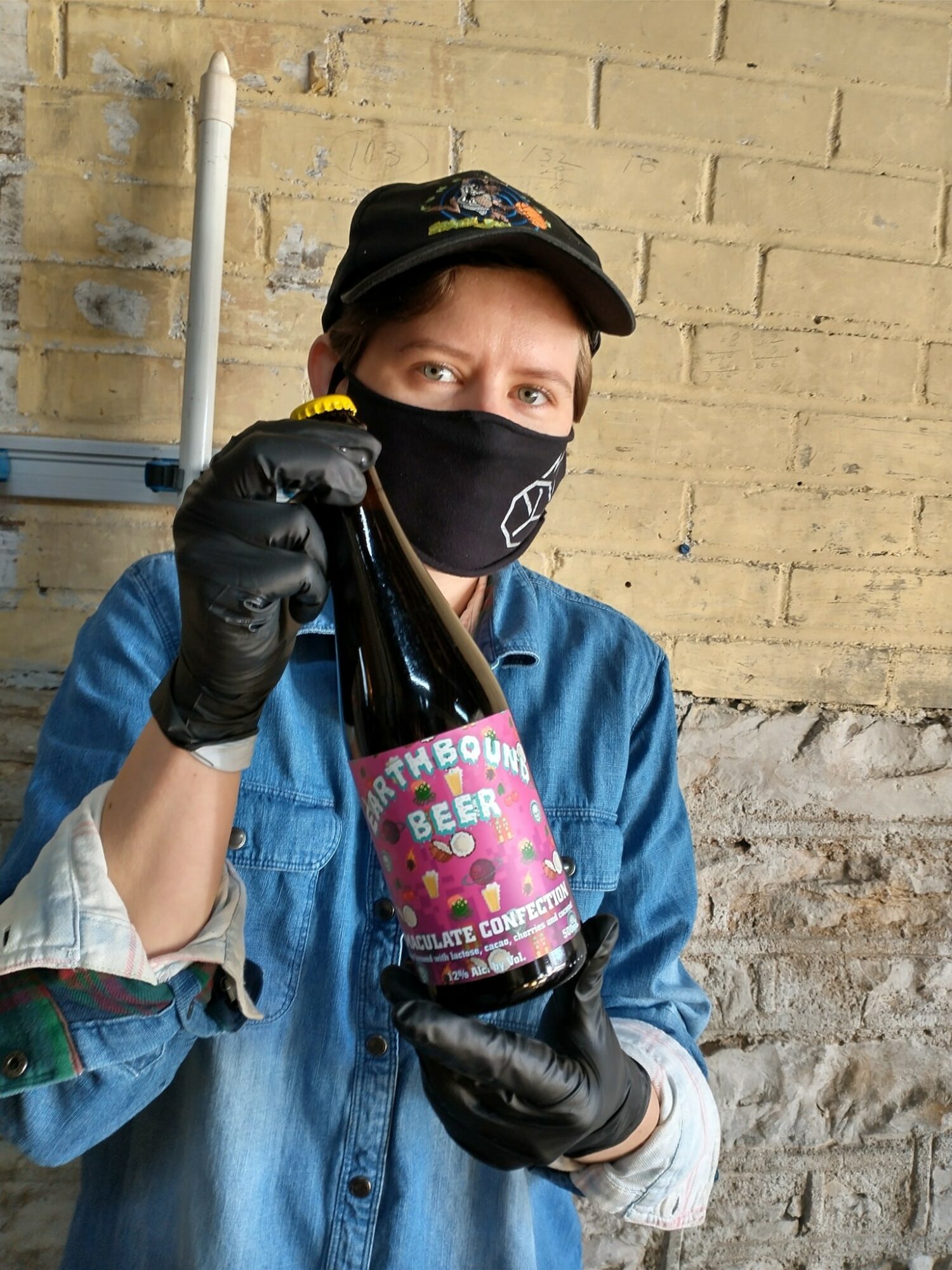 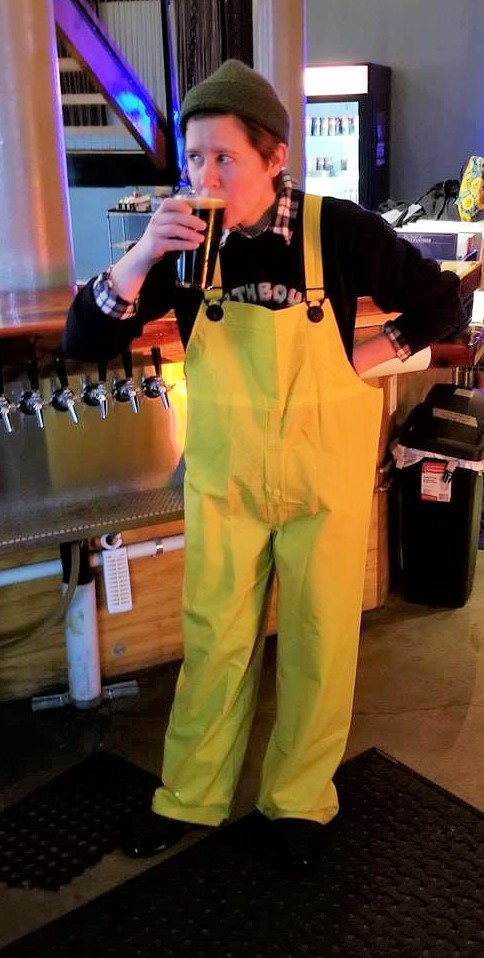 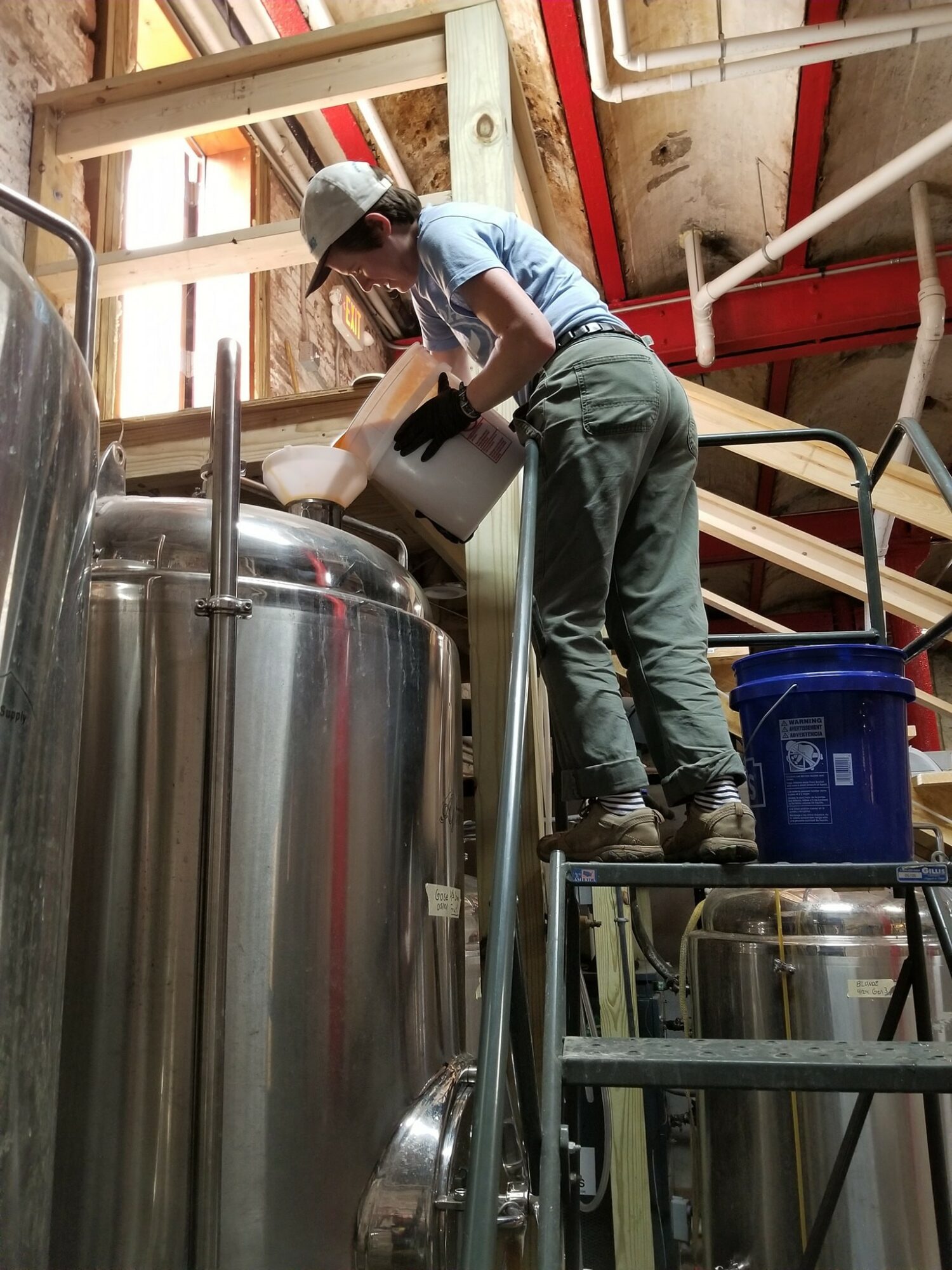 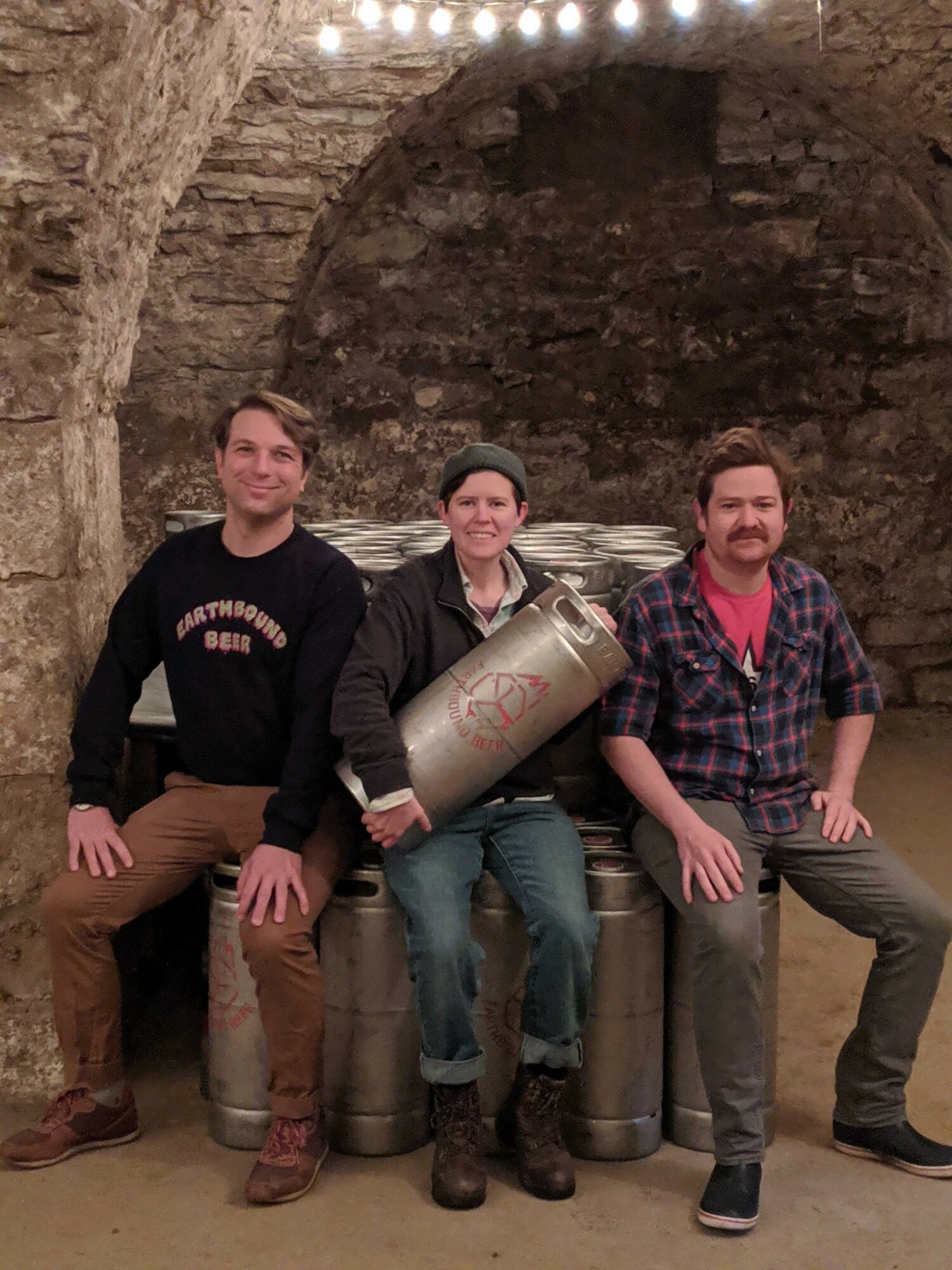 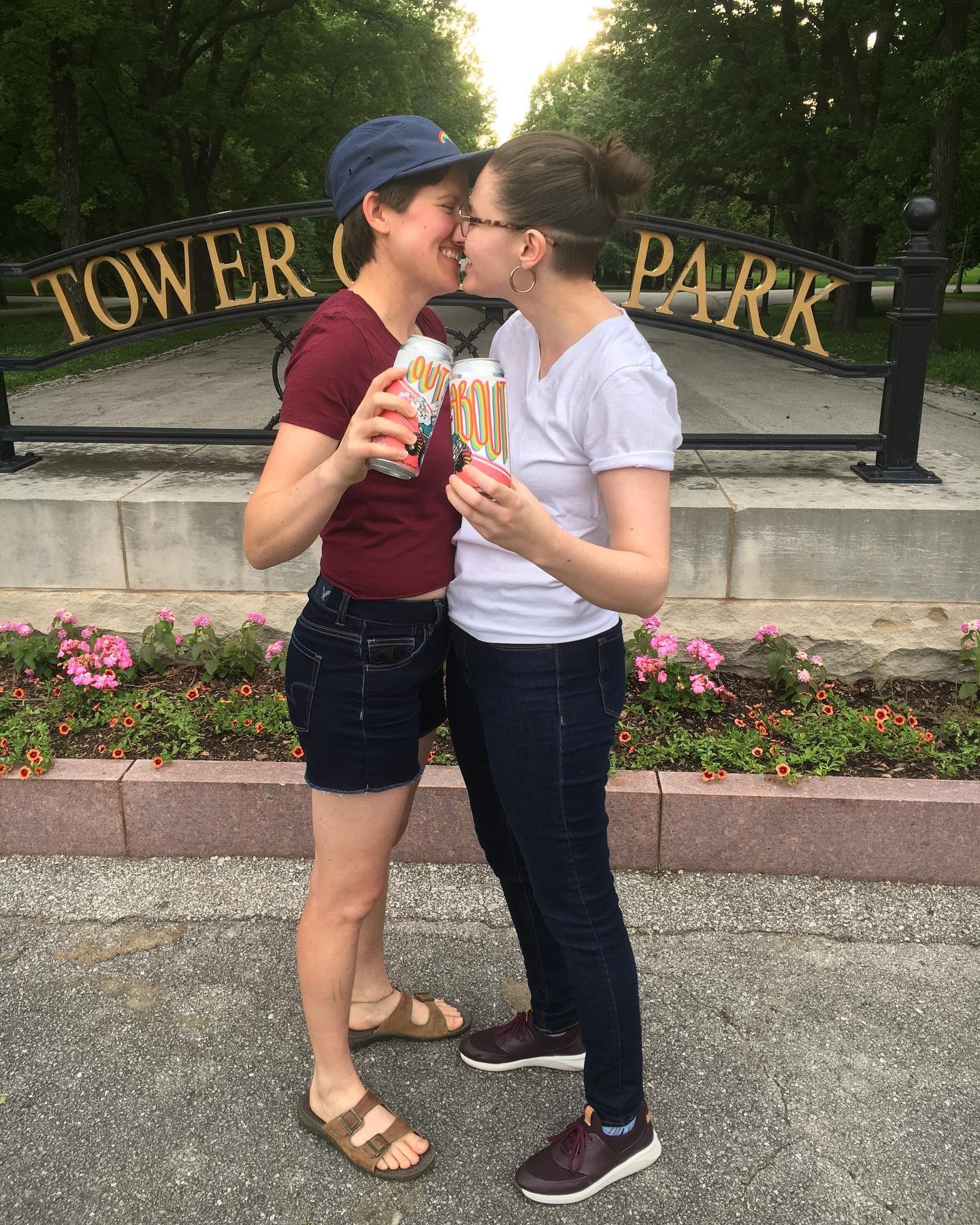