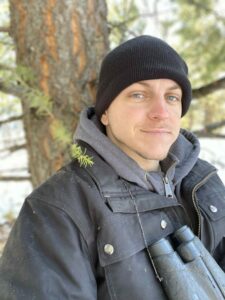 Today we’d like to introduce you to Kaleb Johns.

Hi Kaleb, it’s an honor to have you on the platform. Thanks for taking the time to share your story with us – to start maybe you can share some of your backstories with our readers?
I run a BBQ content creation page on Instagram with hopes of much more in the future. But I believe it all started in the summer of 2020, it was a big year for me.

I got married, bought a house, and then a few months later I was diagnosed with myelofibrosis at age 30, a bone cancer that typically only occurs in much older people.

Shortly after my family bought me a pit boss pellet grill, I assumed it was to try and give me something to do in my free time to help take my mind off the diagnosis and it definitely did the trick.

Ever since then my mind has been thinking about BBQ, recipes, methods, rubs, sauces you name it. I’ve probably watched more BBQ YouTube videos than I have a TV in the last couple of years to try and absorb as much knowledge as I can on it.

I never considered trying to make any sort of business out of it until actually a few months ago when I entered an online BBQ competition called char champion. It’s actually still going on right now and I’ve made it into the top 5 of my group! They would occasionally post videos on the website’s dashboard to encourage you to be active on social media and one video in particular really struck me.

It was about the idea of pursuing a career in BBQ, something I never really thought of as a possibility, and since I watched that video my Instagram account has grown dramatically. Luckily for me, the Instagram BBQ community is incredibly supportive and friendly, I’ve already met so many cool people there from all over the world.

Right now, I am focusing on just honing my skills as a photographer, and video editor, learning the ins and outs of using a social media platform as a business.

Can you talk to us a bit about the challenges and lessons you’ve learned along the way? Looking back would you say it’s been easy or smooth in retrospect?
Probably the biggest obstacle at the moment is work/life balance, being a husband and a dad to a wonderful wife and 2 great little girls there’s only so much time I’m willing to sacrifice away from them to pursue things like this.

I still have a regular job at the moment so sometimes finding the time to create good content can be difficult but it also allows me to really just enjoy the time I do get instead of it feeling like an obligation.

I also think learning how to use a platform like Instagram is a whole other skill on its own, outside of the photography and videoing, just knowing how to tag things and put your content out there where it has the best chance to reach as many people as possible isn’t as easy as some might think.

One added bonus to the type of work that I’m doing is that at the end of it, I have great food that I get to share with my family and that’s one of the things I love about the whole process.

As you know, we’re big fans of you and your work. For our readers who might not be as familiar what can you tell them about what you do?
So basically, just grilling/smoking meat and finding creative ways to do it and also creative ways to show other people how I do it. My main focus when it comes to BBQ is probably the long 8+ hour cooks that really take a lot of patience, skill, prep, and just overall BBQ knowledge to get right.

It’s incredibly satisfying when it goes right but equally as depressing when it goes wrong. It’s truly an art form and a skill to get consistently good at it, something I’m always trying to improve upon but is very much still learning a lot about. I’ve actually been wanting to look into talking to some of the local still pit masters about just shadowing them for a day or two and picking their brains about their processes.

I’m probably most proud of the thanksgiving turkeys I have made in the last 2 years, it’s very rewarding and satisfying to be able to do something you really enjoy and then share that with the important people in your life and they all enjoy it too. I think what sets me apart from most of the people that do this sort of thing is probably the other interests that I find inspiration for.

I’m 32 and despite growing up in the country and having all of the outdoor interests that usually come with that, like hunting, fishing, and that sort of thing I’m also a big video game nerd and I enjoy anime quite a bit which is not something you really see from most people in this industry.

So, I’m hoping in the future to combine some of those interests and kind of have my own niche in the BBQ genre where I combine BBQ/gaming/animation together and eventually have my own twitch channel where I can do all these things for live viewers.

Any big plans?
I would like to invest in a big offset smoker, they are pretty pricey but that’s where I eventually want to go as far as future content goes.

There’s a real art and science behind managing a real fire and controlling temperatures on a large cooker like that and there’s something about managing a real wood fire that touches your soul a bit and kind of gives you that connection to a way older generation that had to be good at this sort of thing just to survive.

I think that’s part of why I want to get to a point where I’m doing this fully as my job, it gives me a much more rewarding feeling than any other job I would have and just feels like I’m doing something more real and worthwhile.

And as I’ve mentioned before, my plan is to eventually have a twitch channel where I combine my love of BBQ and gaming together, it would be showing the prep work, fire management, and showcasing the finished product while also getting in a few games in between the down time.

But I have all sorts of plans for viewer engagement so anyone who’s watching can help and have input on what we are doing for the day.

I know there are a lot of people out there during the day at work that are watching BBQ/gaming YouTube/twitch videos that wish they could be doing just that and I think there’s a strong audience out there for that kind of thing and as someone who’s watched a lot of twitch in my life.

I’ve always loved the kind of online communities that form around a channel or a new game and I think that’s something new I could bring to a very big platform like twitch. 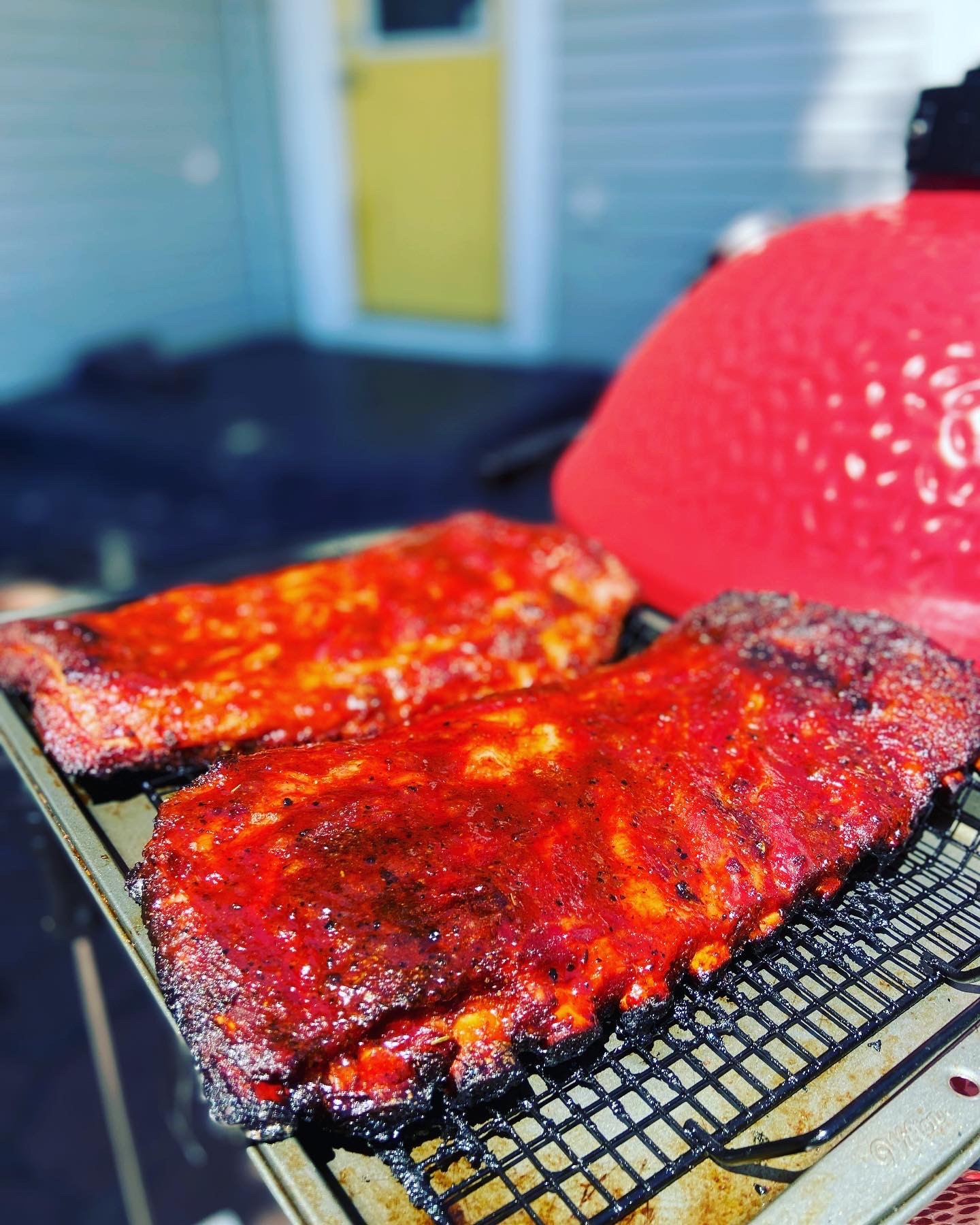 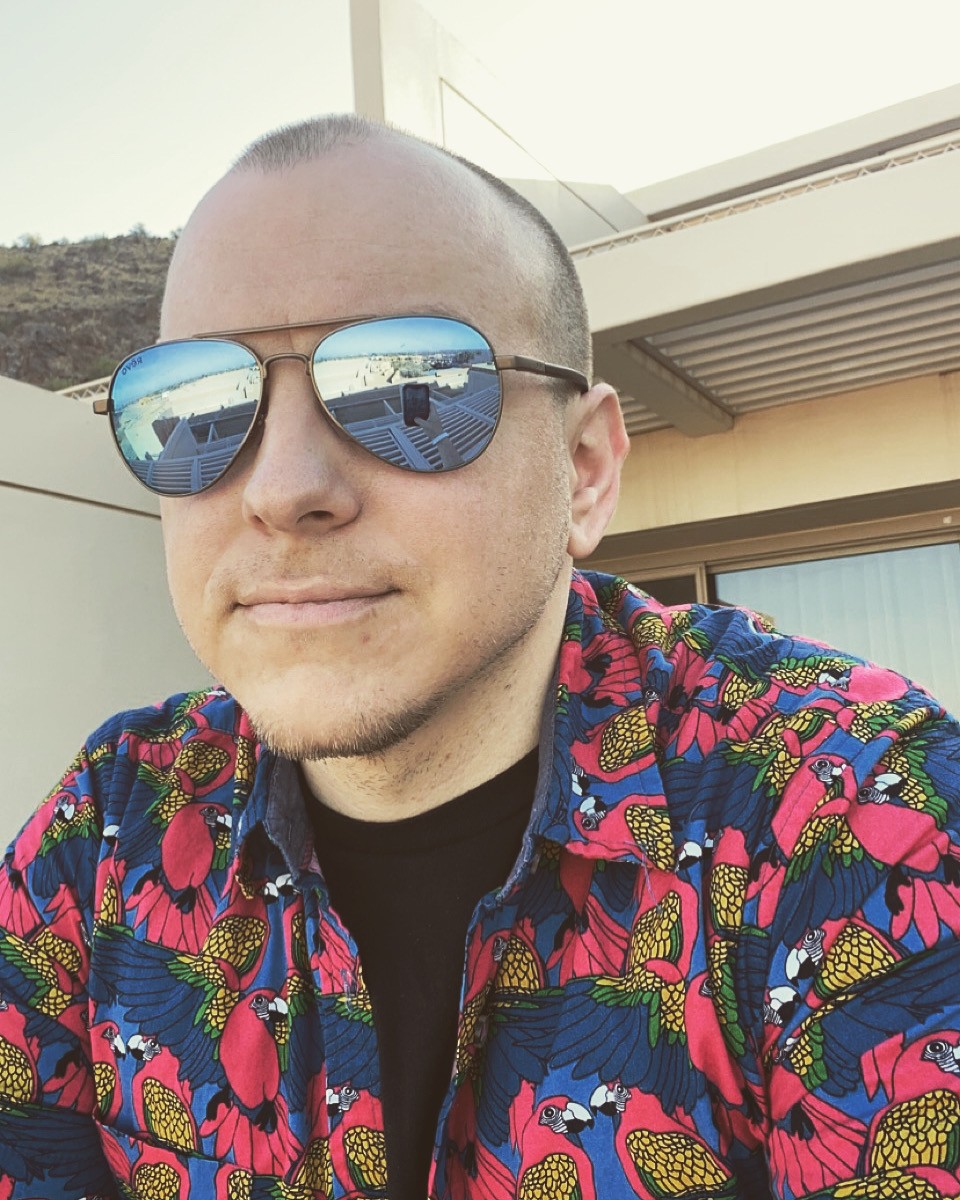 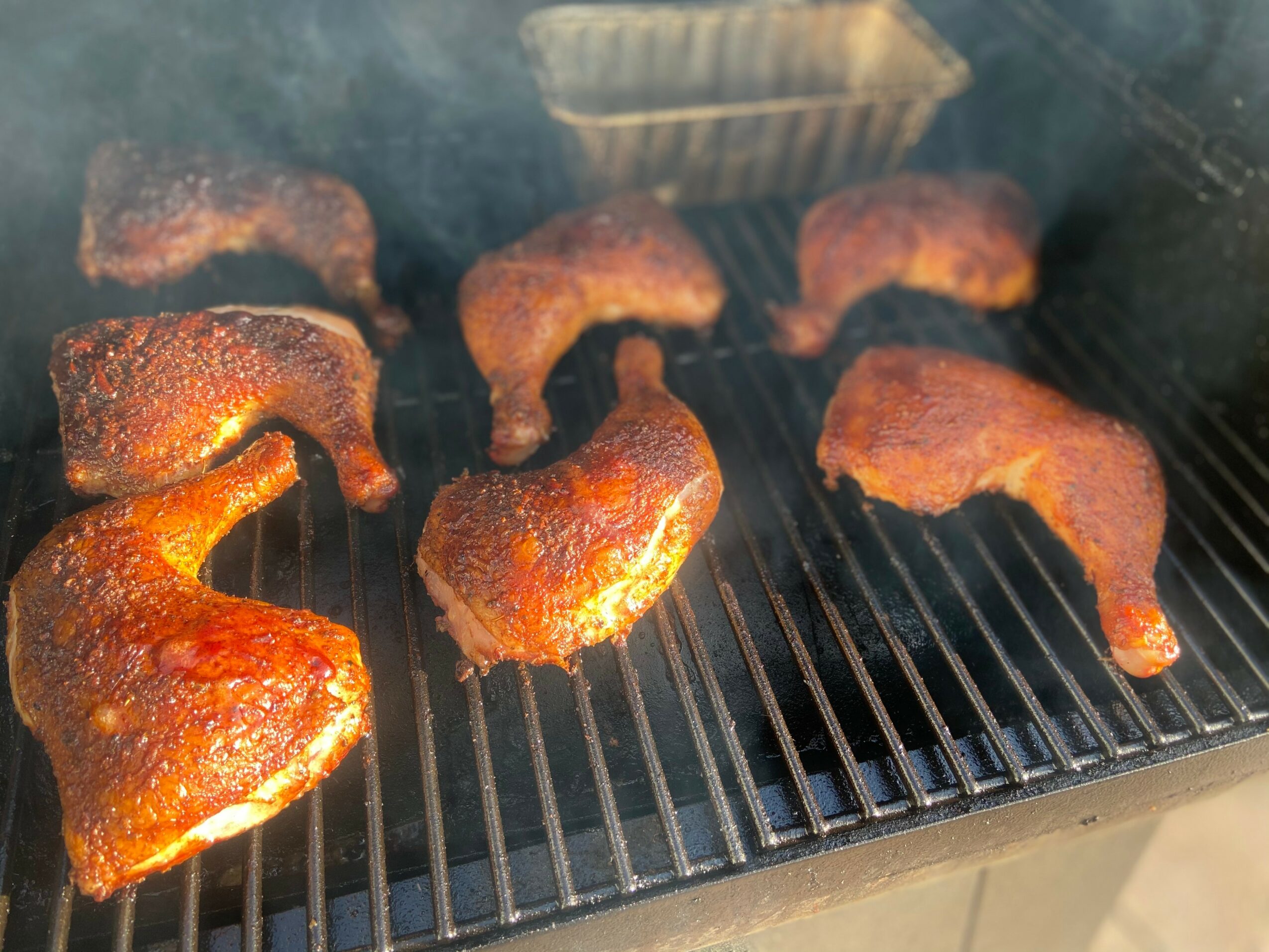 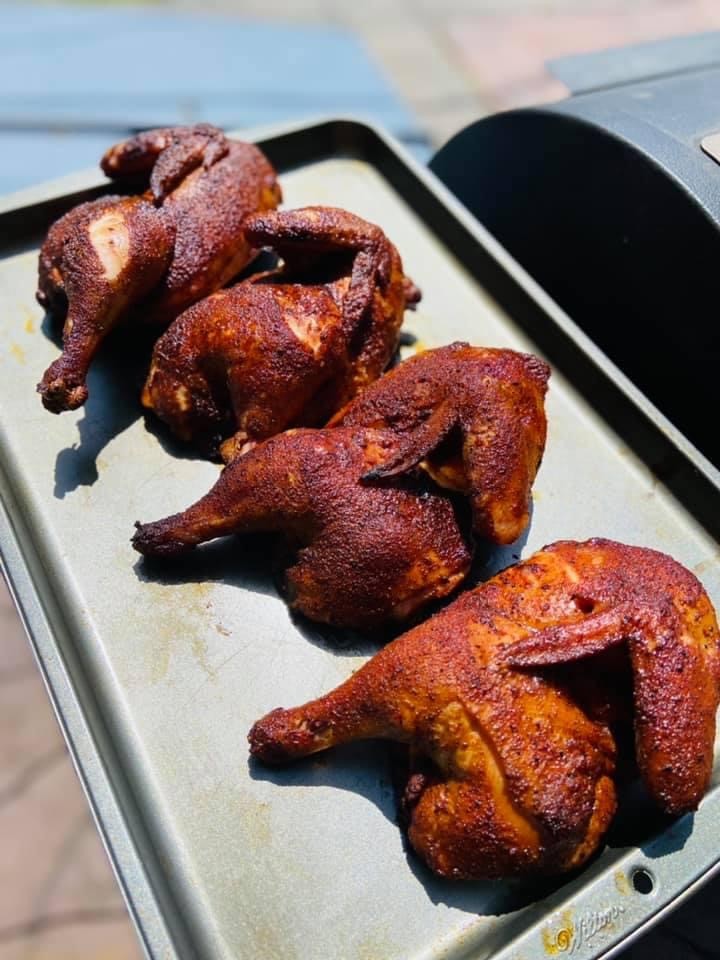 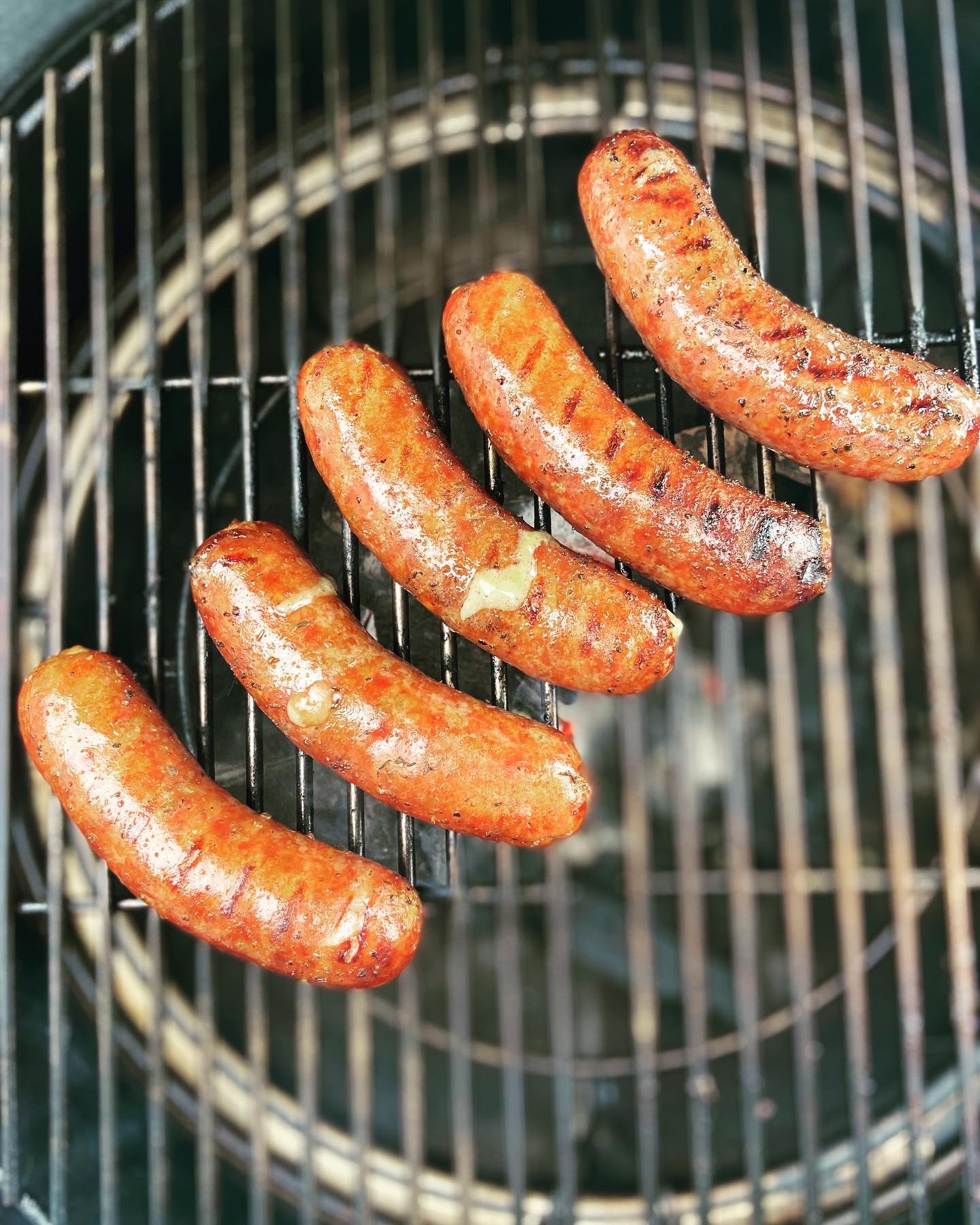 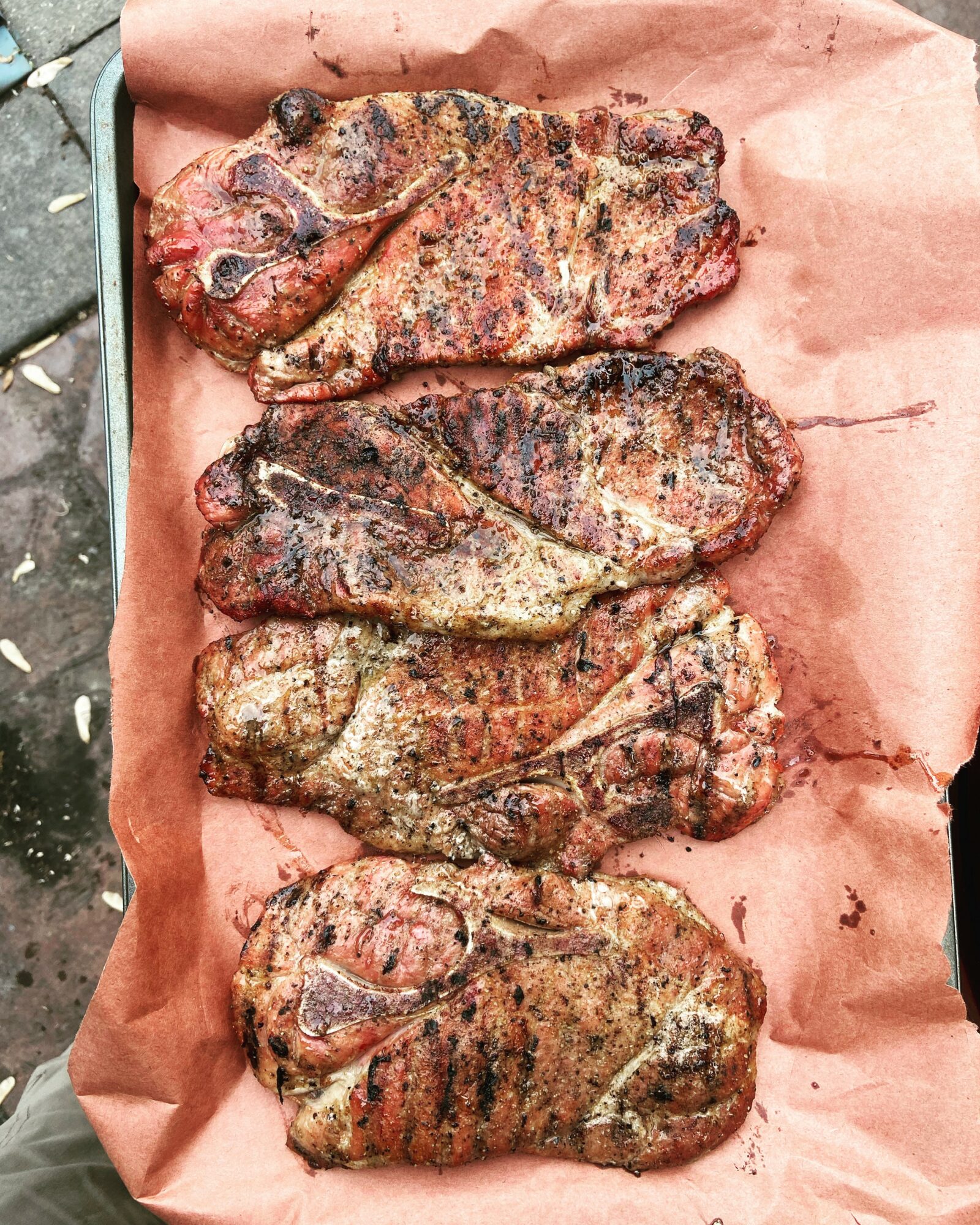