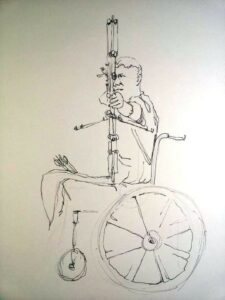 Today we’d like to introduce you to Marty Linson.

Hi Marty, we’d love for you to start by introducing yourself.
I have been an active person from the beginning. My first memory of drawing was my sister teaching me to write my name in cursive with sidewalk chalk. She spoke to me about the line flowing from thick to thin, up and down, to create an image that represented my name. She was my first art teacher, She would set up still life drawings and have me sit down and draw with her. she gave me all of her anatomy books and animal anatomy books. The old how to draw a human head kind we all were subjected to as we began to lean to draw. My mom was all about color. She was and is one of the most amazing watercolor painters. Having kids changed that focus to teaching us and less about her, the devote Catholic always sacrificing. She developed wonderful creativity within me by utilizing any material to spawn imagination. she always said, “A refrigerator box can go a long way in the mind of a child.”

My dad was the 3d guy. He was trained as a carpenter and damn sure made us learn those skills. He was a master carpenter and loved to construct in wood any number of amazing objects. Rocking horses, cradles, stepstools, etc., the importance of helping him created a hunger of space and a strong understanding of how to fill the space. The family was involved in many things. We built houses, restored cars, canned the veggies, quilted and embroidered. We were sewing buttons back on shirts at an age before I can remember.

My formal study of the arts began really at Florissant Valley Community College. Some amazing instructors pushed me to the breaking point of not believing that I had any skills. The genius from those guys was the hook of rebuilding you after they critiqued you to the point of crying. Flo was the base, I learned the human form, painting, printmaking, ceramics, photography, illustration… the more they offered, the more I absorbed everything I could about the arts. I then became focused on the human figure and photography. I loved the illustration techniques that we were being taught but combined them with the classical figure drawing and drawing we were being presented. Those masters at Flo really knew how to get the best out of a student that wanted to be an artist.

I went to Lindenwood College for my BFA and that is where I met some instructors that really engaged me with expression and not just representation. The exploration of the internal was just as important at the copying of what was seen. I am not a fan of dropping names but Grant Hargate, a great friend, is the one that pulled me out of the subjective and got me to explore me.

I completed my BFA and found myself working at a camera store in a darkroom and selling cameras. Picking up illustration jobs when I could. This is where it all changed. I tried to sell a camera to a gentleman who was looking for something that was just not made yet. I was just completing my study at Lindenwood, concentrating in sculpture and this guy just happen to own a sculpture studio. Jack Scharr, a slick finely dressed man. 1999 he employed me at his foundry as a sculptor. I will do anything he asks to this day. I started to do work with local artists like Don Weigan and Harry Weber. Both masters mentored me in different ways but with the same goal of being the best at what I wanted to do and not what they did. I learned their styles through years of assembling their sculptures in bronze. I went back to school at this time to get my master’s.

I run my own studio and have for a couple of decades. I focus on any media that will help me to express my visual language and speak to an audience. I paid the bills by commission sculptures and conservation of sculptures. I found a true passion in the conservation of bronze. I think this comes to from the old restoration projects I would do with my dad.

I worked as the Chief Preparator at Laumeier Sculpture Park and currently hold the title of Cultural Arts Coordinator for the City of O’Fallon but the most rewarding position I have held would be Professor. The experience in the classroom teaching has been by far the most rewarding experience other than making my own art. As I have the opportunity to move away from the commission world of sculpture, I have begun to utilize my photography to generate new concepts of form and rhythm to influence my next stages as a sculptor. I am very excited to start working on these new concepts along with bringing ones from the pages of my sketchbook to the three-dimensional world.

Would you say it’s been a smooth road, and if not what are some of the biggest challenges you’ve faced along the way?
Smooth road, HA! If there is an artist out there that has had a smooth road, then I don’t know if I could trust their language. Let us set aside the financial struggles. Let us set aside the decades of self-doubt. I like to think the struggle begins with the craft. The “talent,” as some people would say. I, like many before me, have dedicated myself to the understanding of classical systems. I strongly believe that being able to draw what I see has influenced my abstract and non-objective works. I see too many artists that have skipped the years of dedicated study of the masters. Jackson Pollock didn’t just start throwing paint! He studied from the greats and stood on their shoulders to become greater. I get a little testy when I see some interest pour paint project being called art. Intent, content and context are important dogma that I follow in creating any concept. I like what I see and I support people like what they see but I think we have lost a great deal of skill over the century. I look at my art history and the Romans. As their empire slowly began to crumble, their artisans were less skilled over time. The craft was lost and it shows. I think a second major struggle is networking. When you work in a studio, you have a difficult time self-promoting and getting out to see others and verbally communicate with them. It is not like you can just stroll into a cafe like the Renaissance and run into ten painters and six poets, all expanding each other’s minds any longer.

In 2011, I was in a low place mentally and financially. My wife and I were discussing my options as an artist and or going to a new career to support our two-year-old. I was devastated and convinced I had to give up my dream of living by making art. She insisted I stick to it and in 2012, I won the International Olympic Committee’s Art and Culture Gold Medal for Sculpture. This did not make the demons of finance go away but it validated that my skills and dedication had touch someone. My visual language was understood and appreciated by a very select audience on an international stage. This was amazing but in 2013, the United States Sports Academy named me the Sports Artist of the year. This put me in a museum with some of my inspirational artists like Fuchs, Forbes, Goodnight, Neiman and many more. This honor allowed me to step back and reconsider my goals and desires and an artist. I now create for me.

Can you tell our readers more about what you do and what you think sets you apart from others?
My passion of teaching led me into a world I am most grateful for. I worked at a foundry/sculpture center for 12 years. But after I left there, I found a community of artists through my teaching and desire to teach new experiences to my students. The United States has a great Iron Casting community. I cast mostly in bronze and aluminum but this community of casters has been so open and inviting. A great deal of my personality now is due to the relationships and friendships of these hardworking, dedicated artists. I am proud that I have gotten to meet so many artists that love cast iron. I owe every one of these artist a great deal of thanks and respect for helping me move to a new place in my process.

What’s next?
My future holds a deeper investigation into my photography that will translate into my drawings and eventually spawn new three-dimensional works. I really am enjoying photographing the absence of man. We will see where this leads. I sure am not a fan of what I see when I think of the presence of man. We are destroying this world and I hope my future works might influence people to make a cultural change. 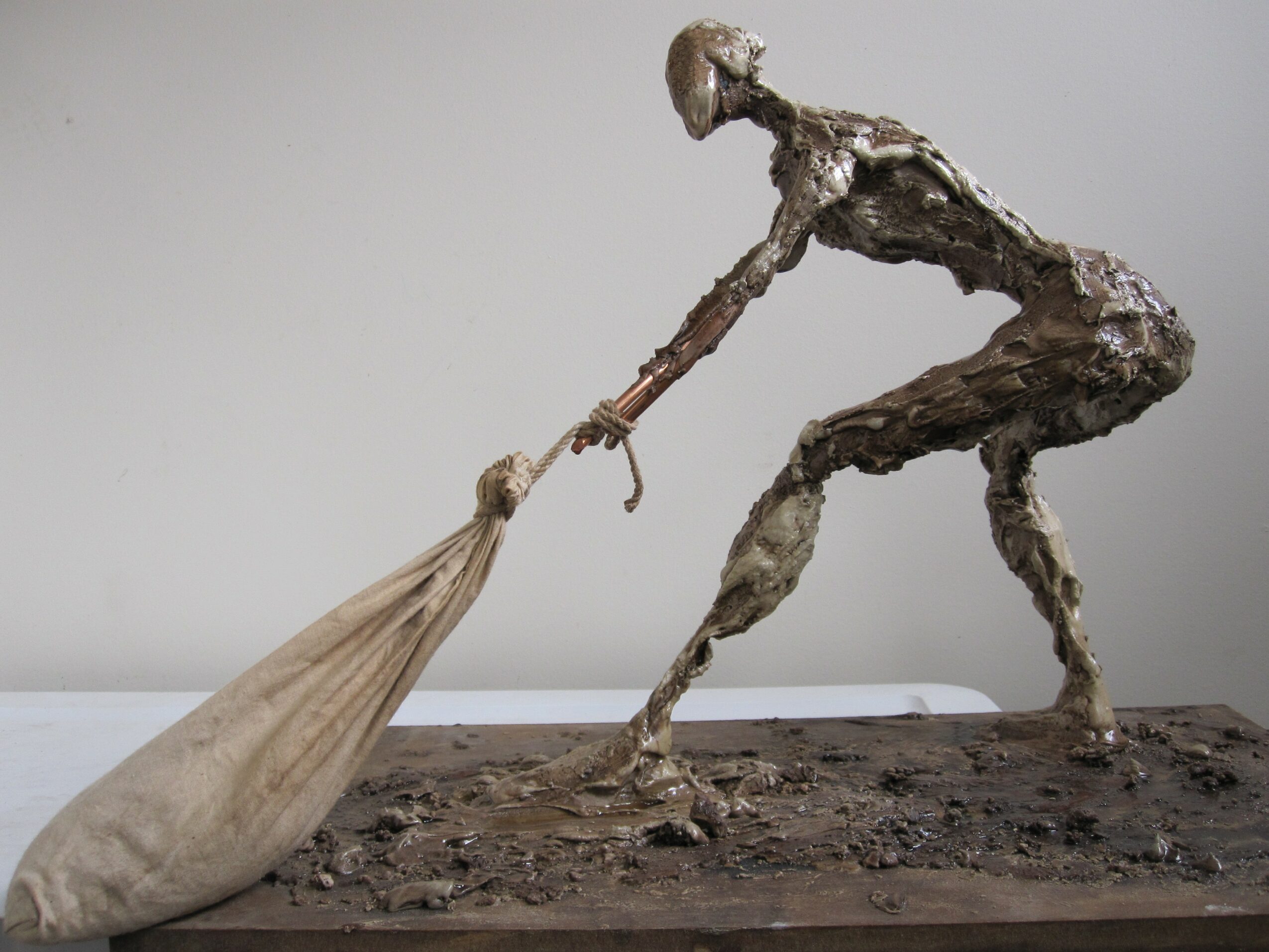 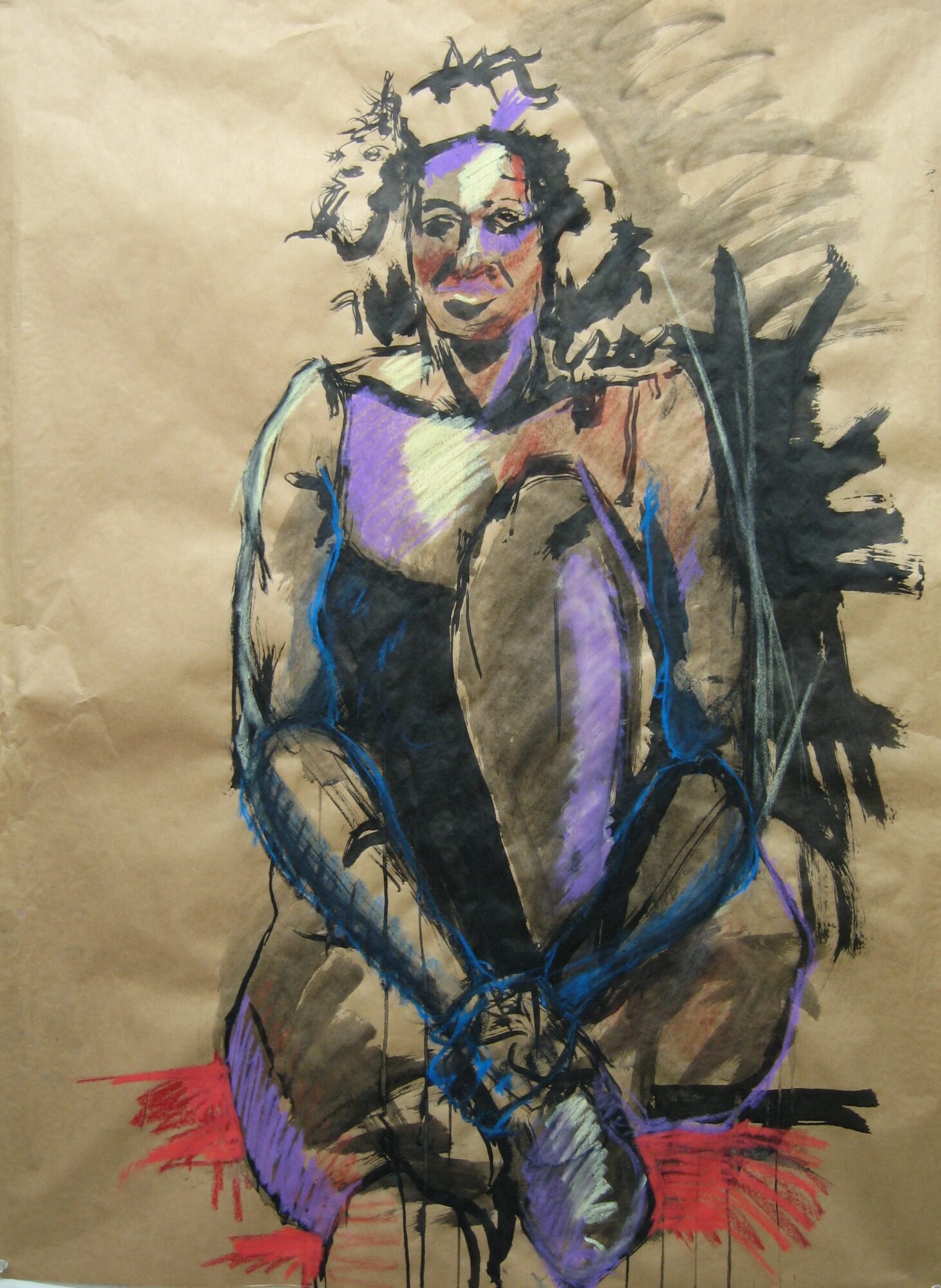 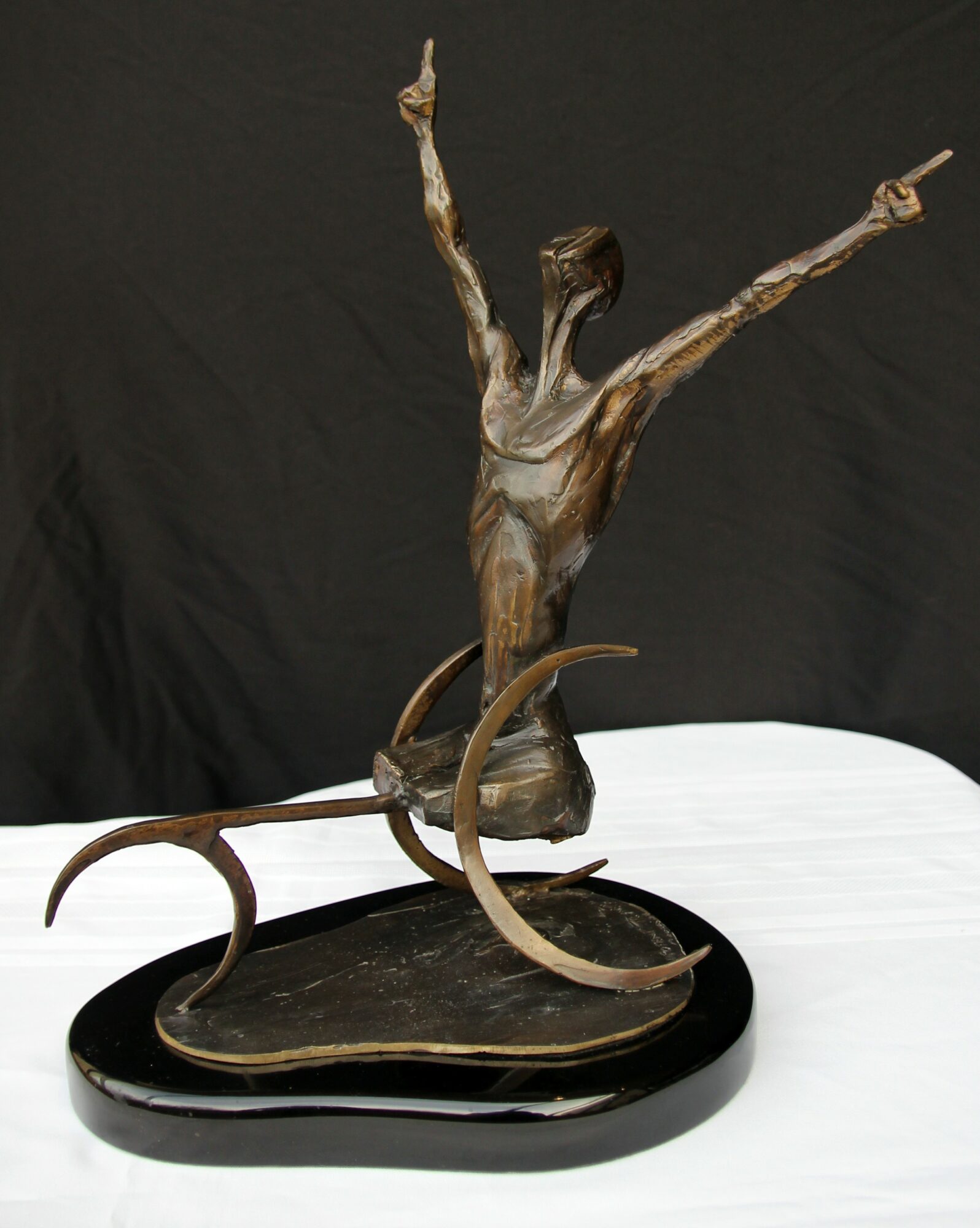 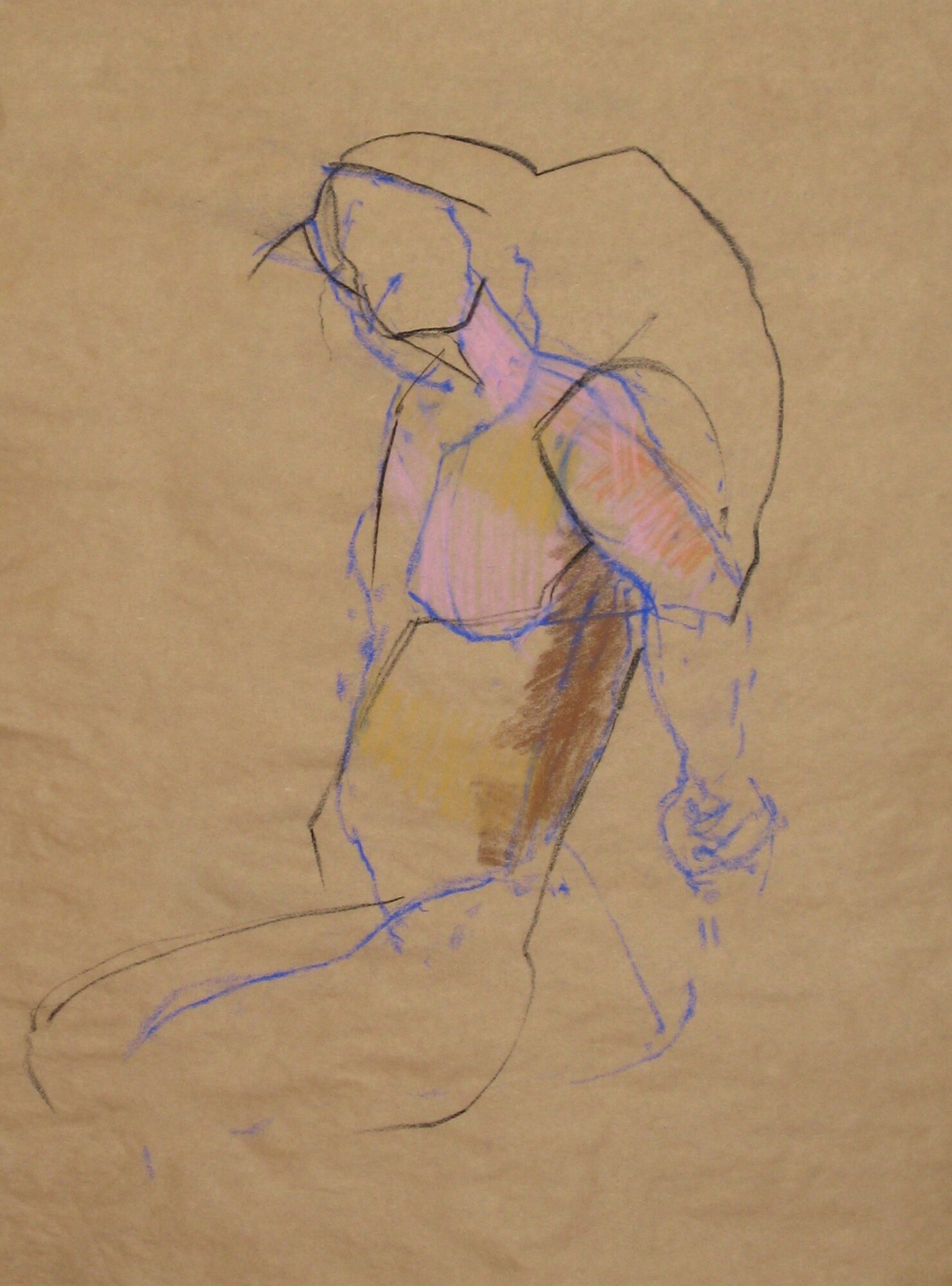 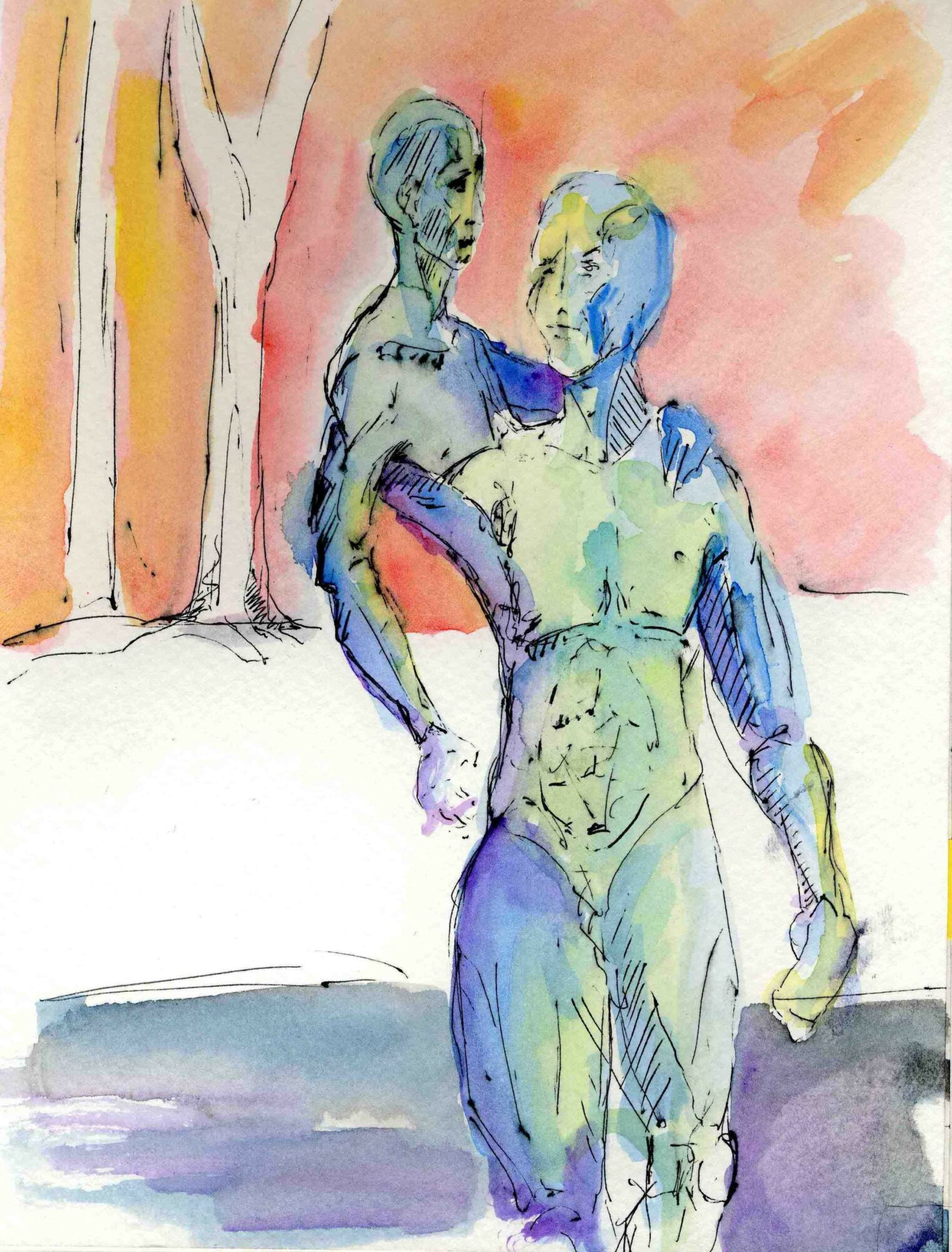 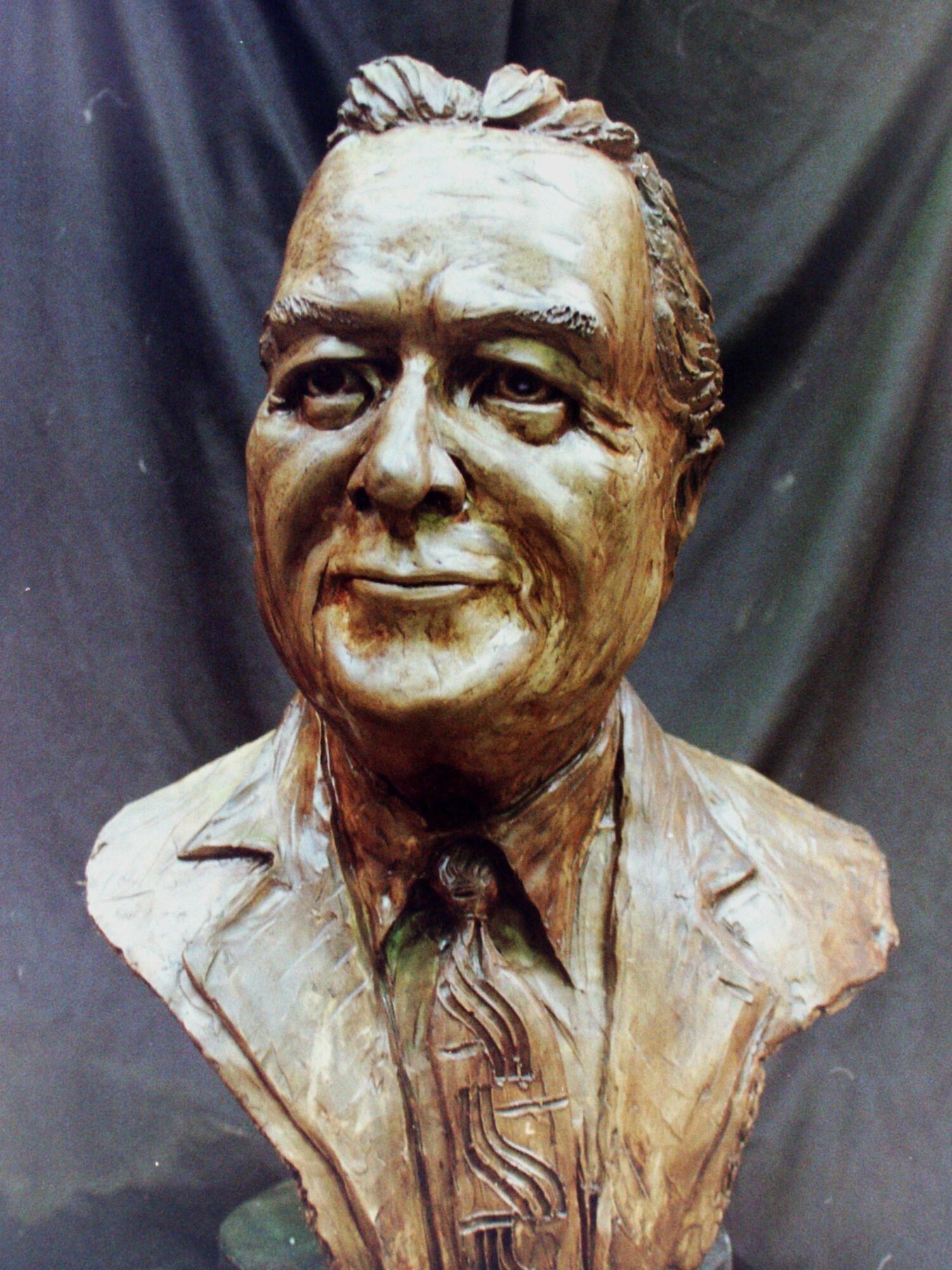 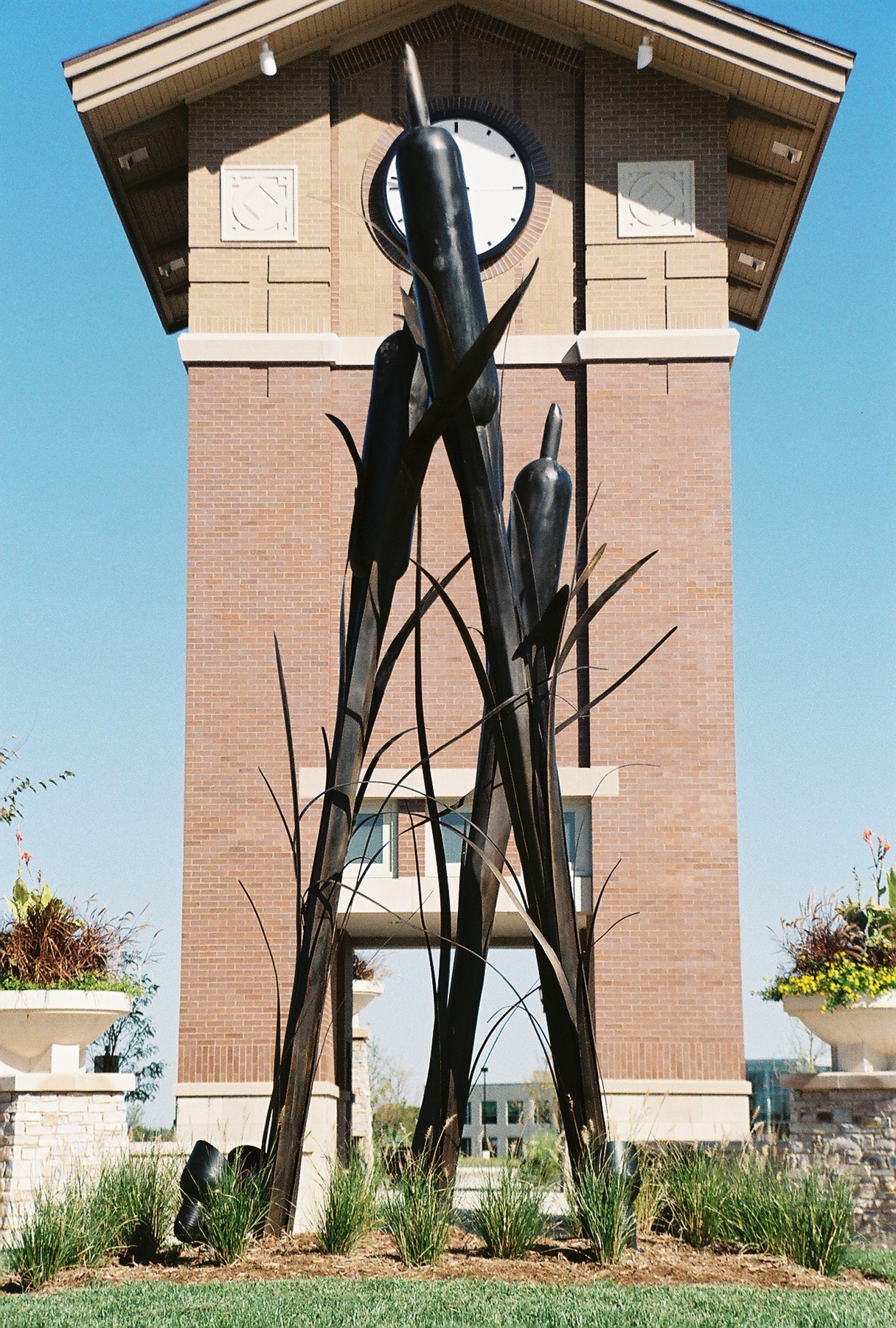 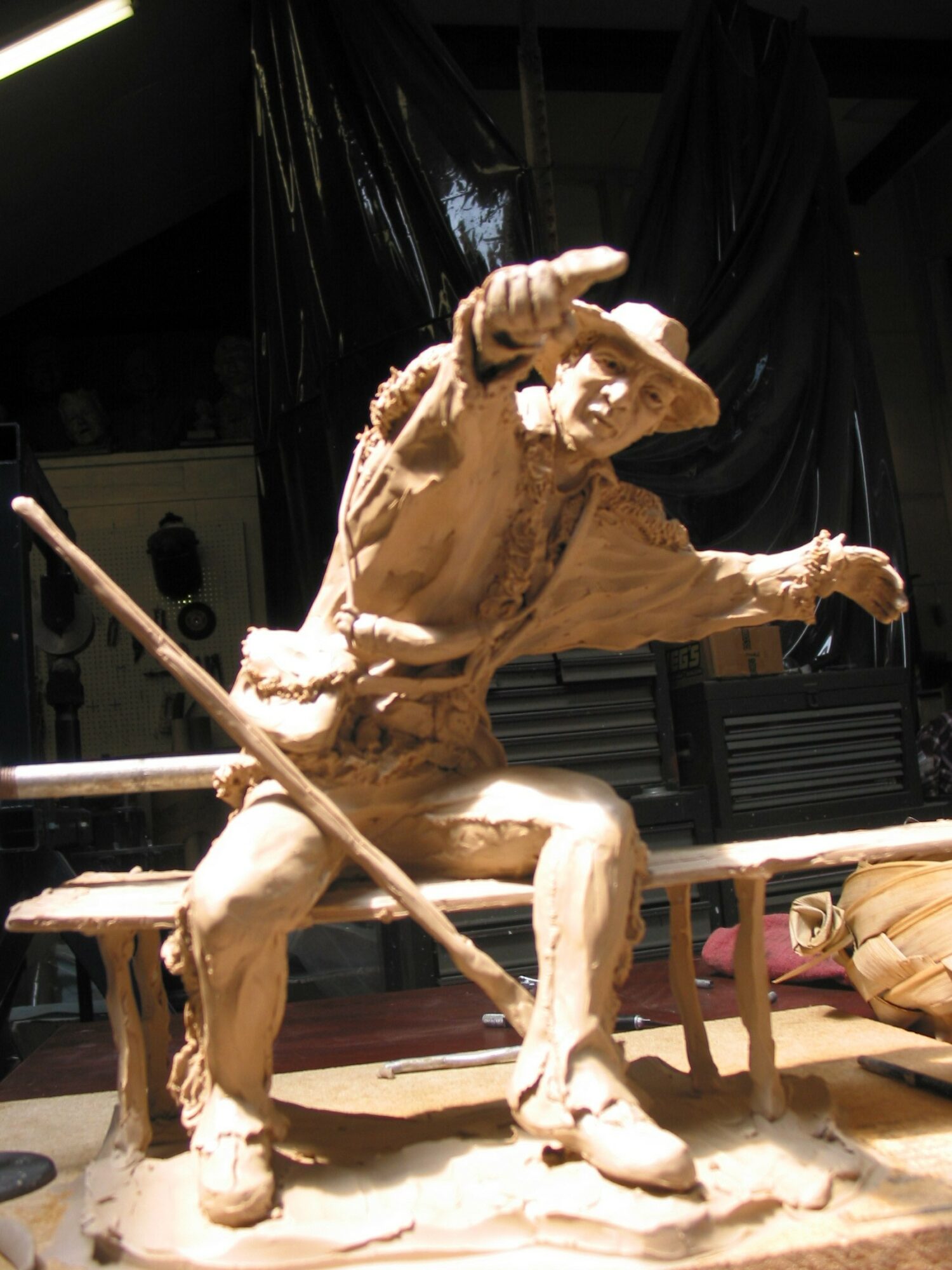