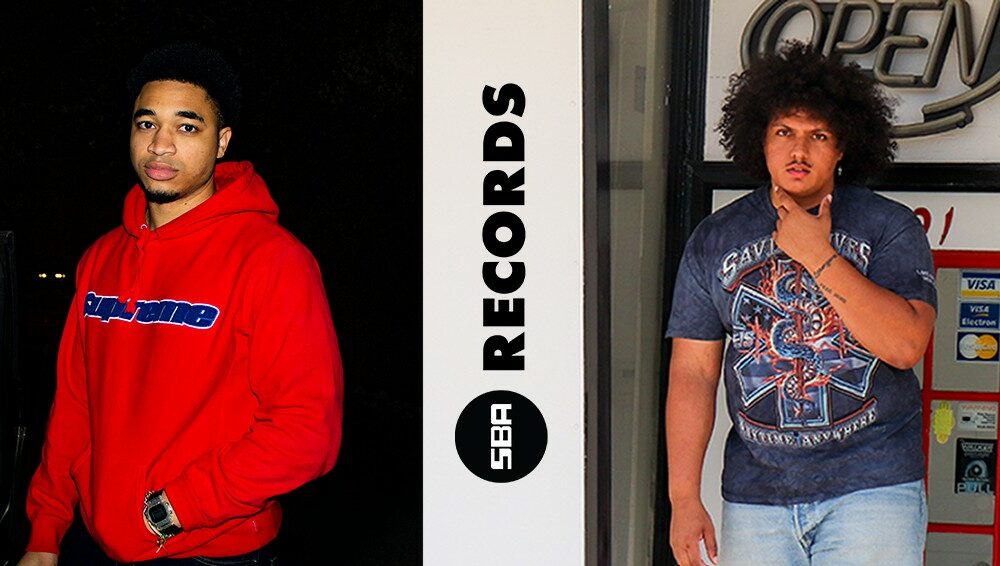 Today we’d like to introduce you to Ricky Wolfe & Y. Samuel. Them and their team share their story with us below:

Ricky Wolfe and Y. Samuel have always had a passion for music.

Ricky Wolfe’s infatuation with music started when he got his first CD player. He would run around his house listening to anything he could get his hands on. As music went digital, he was able to explore the vast world of music, discovering artists from A Tribe Called Quest to Michael Franks and everything in between. This exploration shaped his musical taste and ignited the passion to create. Ricky taught himself how to produce, engineer and design graphics because he wanted to make his own beats, design clothing and create a recognizable brand inspired by the likes of Kanye West, Tyler, the Creator and Travis Scott. This journey started in 2015 with the creation of a podcast titled Sad Boys Anonymous that became the precursor to SBA Records.

Y. Samuel first fell in love with music during his pre-school years, listening to everything from Eminem to The Beatles in the car on the way to school. From there, he was constantly in music programs; choir, violin, piano, etc. Throughout this journey, he developed his aspiration to become an artist of his own. As high school came to an end, this aspiration had transformed into a full-blown obsession. While he had the vocal experience and freestyling chops to create songs, he lacked the technical knowledge of how to produce. His plan for college was to find a producer and embark on the path to musical greatness.

Ricky Wolfe and Y. Samuel initially crossed paths in the spring of 2015, Ricky Wolfe a college freshman and Y. Samuel a high school senior. Y. Samuel expressed his desire to collaborate in a drunken “I’m just happy to be here” fashion during their first interaction. What followed was a year of Ricky Wolfe being courted by Y. Samuel as he pleads for the opportunity to work together. Finally, in the summer of 2016, Ricky Wolfe invited Y. Samuel over to simply listen to beats, and from there, they never turned back. That day, the two created what would be their first two songs together: Shinji and Tom Hanks. They began collaborating as much as they could in between classes and sports practices, constantly producing more music and discussing their goals. Over the course of the next five years, the two have released over 50 songs in total, numerous projects and videos, and began building their own record label, SBA Records. Under the SBA Records label, the two have sold merchandise from trucker hats to hoodies and shirts, generating thousands of dollars in revenue. The pair can be seen performing all across St. Louis, the state of Missouri, and beginning in August 2021, all over the country.

Alright, so let’s dig a little deeper into the story – has it been an easy path overall and if not, what were the challenges you’ve had to overcome?
Chasing your dreams is never a smooth road.

Ricky Wolfe is a DIY-er through and through. Since the beginning of his musical journey, he has taught himself the majority of what he knows about songwriting, production and engineering. He sees music as vast desert that you explore with no map, searching for your oasis. During your search, you leave no stone unturned, but as you discover more, the place you’re looking for changes and evolves. Essentially, there is no proper direction and finding your own way is hard. There is no one track to being successful. For Ricky, that is the most stressful yet exhilarating fact about music and life in general. While there are set paths that have less bumps in the road, more direction and comfort, he knew he wouldn’t be truly happy unless he went out into that desert and struggled to find his destination. Ricky’s unyielding drive to iterate and learn better ways to create music has pushed him to where he is today, but juggling his passion with everything else in life has come with its struggles. Ricky Wolfe was an All-Conference track athlete in college. The challenge and commitment of being a student-athlete was a lot even before you add music in. He was originally on a pre-med track because he thought he wanted to be a plastic surgeon, but ultimately, he decided to switch his major to Economics with a minor in Design after his sophomore year. His passion for music won out. If he wanted a career in music, he had to take it seriously and devote more time. Switching majors was a big life decision that included hard conversations with family and the realization that he would have to get a 9-5 once he graduated. After graduation, that struggle has become juggling a 9-5 with his music aspirations. This means spending the time he has after clocking out on music and design, sacrificing time and money to reach his goal, but he would have it no other way.

Y. Samuel faced similar struggles. As a teenager growing up in St. Louis, Y. Samuel dealt with a great deal of internal and external conflict regarding his love for music. In high school, Y. Samuel, a standout basketball player, wanted to pursue avenues of music such as choir and singing in his school’s acapella group. This meant allocating some of his time from what, in the minds of others, should have been focused on basketball to singing. The pushback from the people around him caused Y. Samuel to question where his passion lay. While basketball looked like a ticket to a good college, singing songs was what made him feel the most alive. After graduating from college with a Master’s degree in Marketing, Y. Samuel did what you’re “supposed” to do. He got a 9-5 job. Although the 40-hour work weeks were paying the bills more than music was, it was always difficult to keep the energy up and the vision clear when it was time to focus on music. The dream is to live entirely off a music career, but when Y. Samuel was initially not seeing the money come in, it took an unfathomable amount of self-belief to keep going. Throughout the entire journey and his entire life, Y. Samuel has struggled with depression and anxiety. These battles lead to periods of time with no motivation, a lot of self-doubts, and overall unhappiness. Music and his relationship with Ricky Wolfe have been his most helpful tools when working through these times. Through discussing these subjects in his songs and becoming a more prominent public figure, Y. Samuel hopes to both normalize these experiences and help others work through their own dark times.

The beauty of pursuing such lofty goals is that you learn a lot about yourself. At each obstacle faced, Ricky Wolfe and Y. Samuel were able to overcome and grow individually as people and collectively. Without these bumps in the road, the two would not be where they are today. Challenges that arose in the last year could have defeated the 2016 versions of Ricky Wolfe and Y. Samuel. Each hurdle has brought valuable lessons and prepared the duo to jump over whatever comes their way on their rise to the top.

Appreciate you sharing that. What else should we know about what you do?
Ricky Wolfe and Y. Samuel do it all.

Both artists produce and write their own music. Ricky Wolfe is SBA Records’ audio engineer and graphic designer, while Y. Samuel is the digital marketing specialist and videographer. The content that comes from SBA Records is almost entirely created and marketed in-house. Although this process of production and distribution can take a lot of time, the duo is known for consistently putting out high-quality content. Whether it be a four-song joint EP, an official music video, or a 30-second commercial, everything that comes from SBA Records is professional and unique. Ricky Wolfe’s background in graphic design started with learning the Adobe suite in high school to design his own clothing line, and he has since added to his skillset through college design classes and creating graphics for SBA Records. His expertise allows the artists to create cohesive and consistent design ideas across all content, helping to build the SBA Records brand. Y. Samuel’s experience as a professional content creator allows the artists to quickly produce visuals without having to contract the service out. What truly makes Ricky Wolfe and Y. Samuel special is the sheer amount of expertise shared between them. Y. Samuel’s two degrees in marketing have helped the pair develop strategies, implement campaigns, and bring fans into their universe in a way that can only be matched by an entire marketing agency. Ricky Wolfe’s lifelong infatuation with music, specifically hip-hop, has created an elite ear that helps the two make original music with a familiar feeling that can be enjoyed time and time again.

“We are most proud of our growth, we are miles ahead of where we were at the beginning of our journey. There’s a deep satisfaction in knowing that our work ethic, creativeness and sheer willpower has helped us get this far. A level that seemed so distant and unattainable in the beginning. We’ve developed a new confidence in ourselves and our abilities. We have the belief, now more than ever, that all of the crazy dreams and goals we talked about can be reached.”

What matters most to you? Why?
Ricky Wolfe and Y. Samuel do what they love to do.

It was their passion for music that brought them together. That shared passion drove them to commit themselves to becoming the best they can be in music and in life. As they’ve grown in this pursuit, Ricky Wolfe and Y. Samuel realized that the true joy is found in the creation of the music and how it affects them and the individuals that listen. They both are deeply personal in their music and strive to show their true and total selves. They go in-depth about their experiences with love, pain, fear and anything else they face in life. They make music for themselves just as much as they make it for the public. Nothing else would matter if they didn’t find joy in their personal and artistic growth. 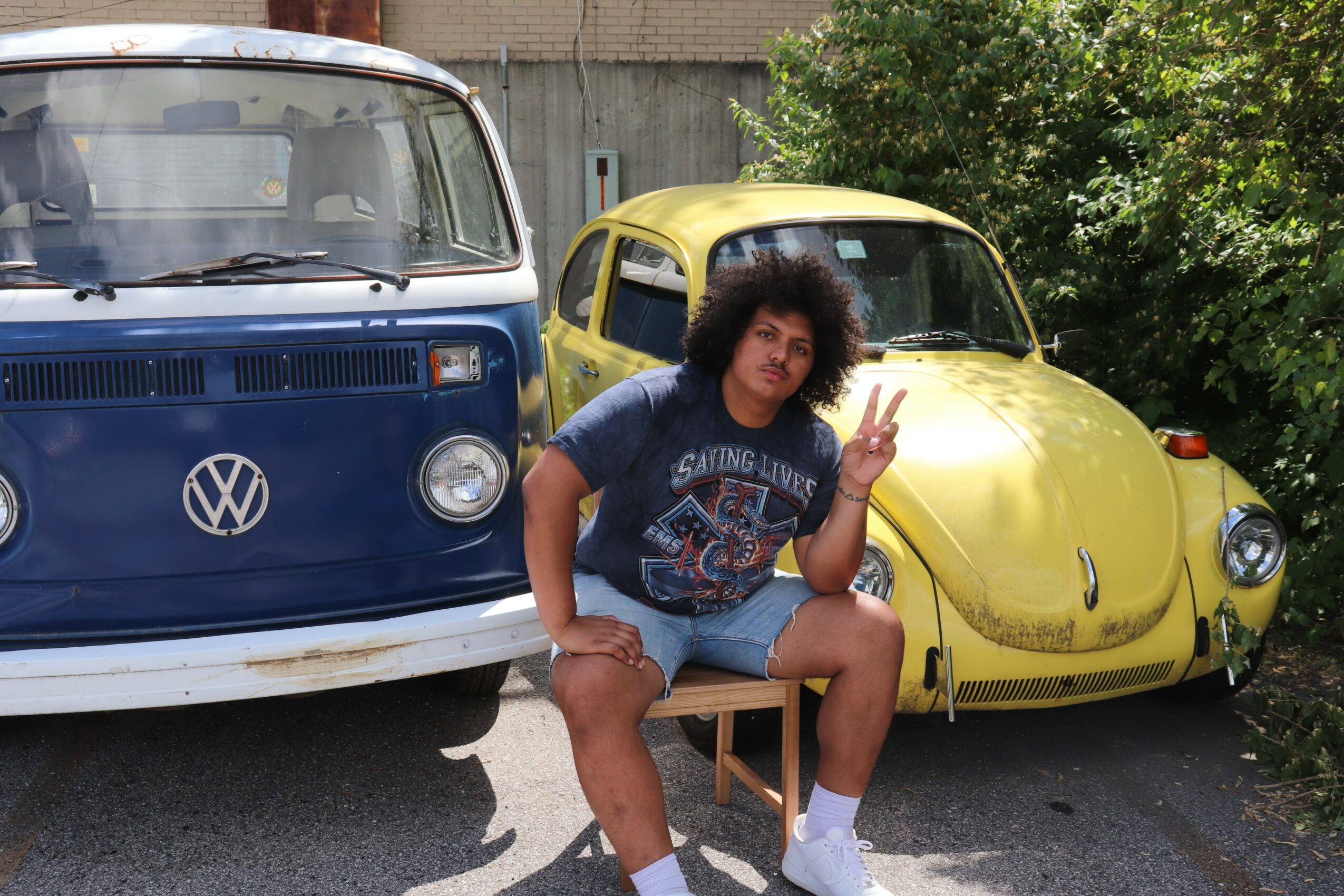 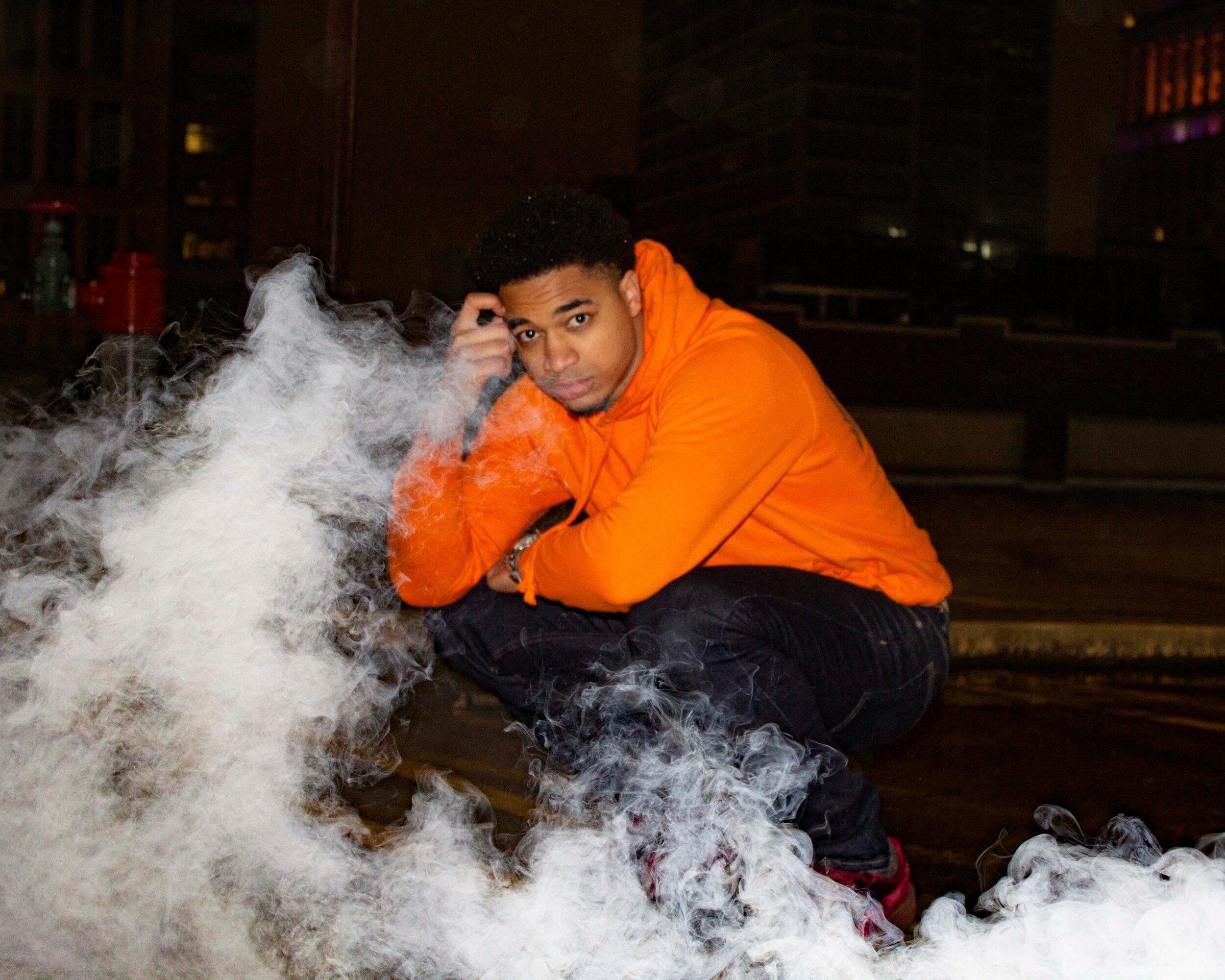 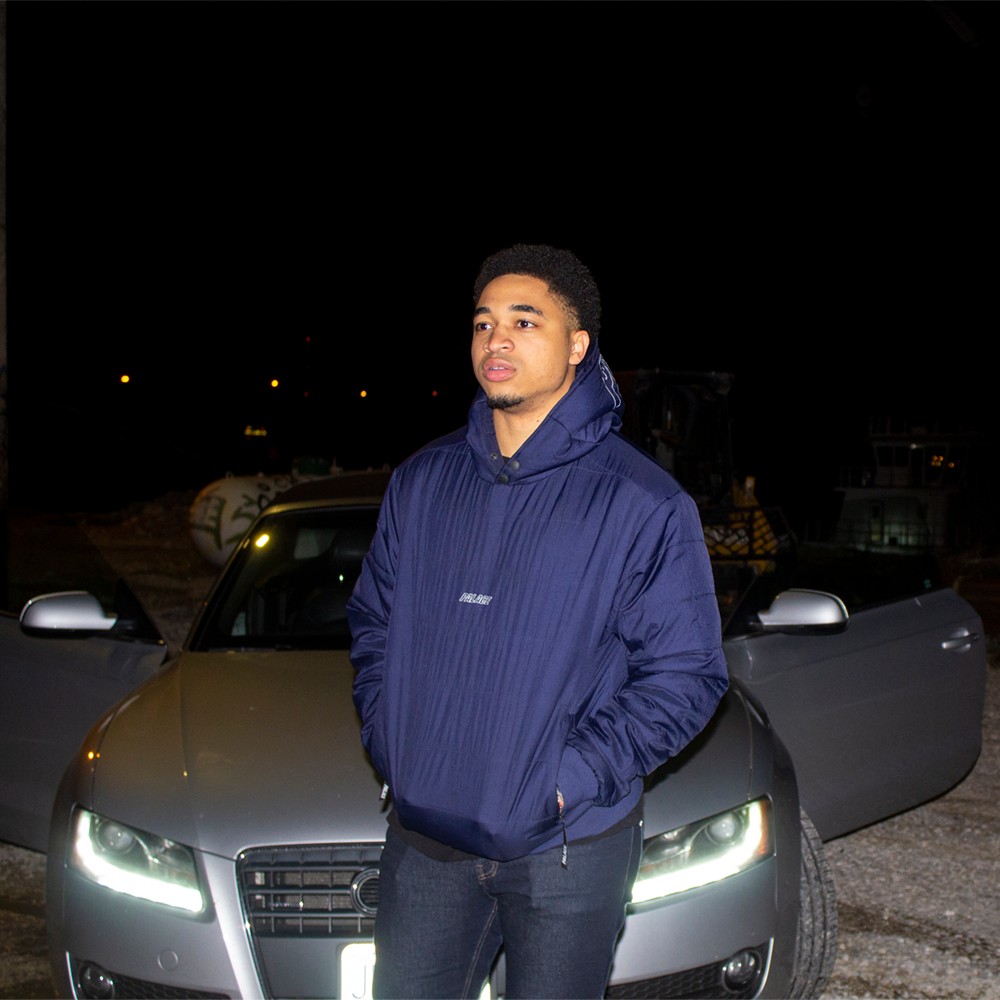 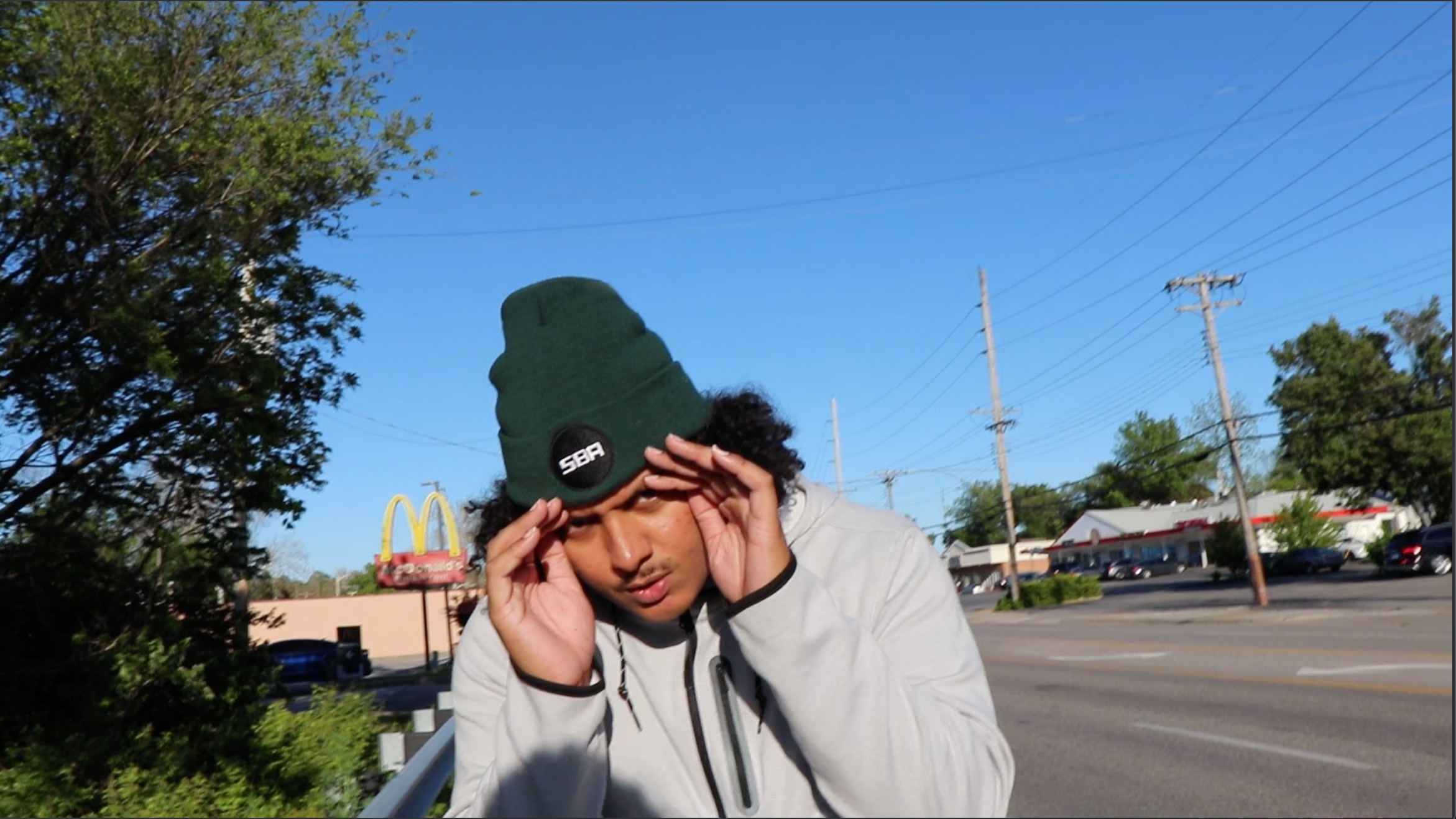 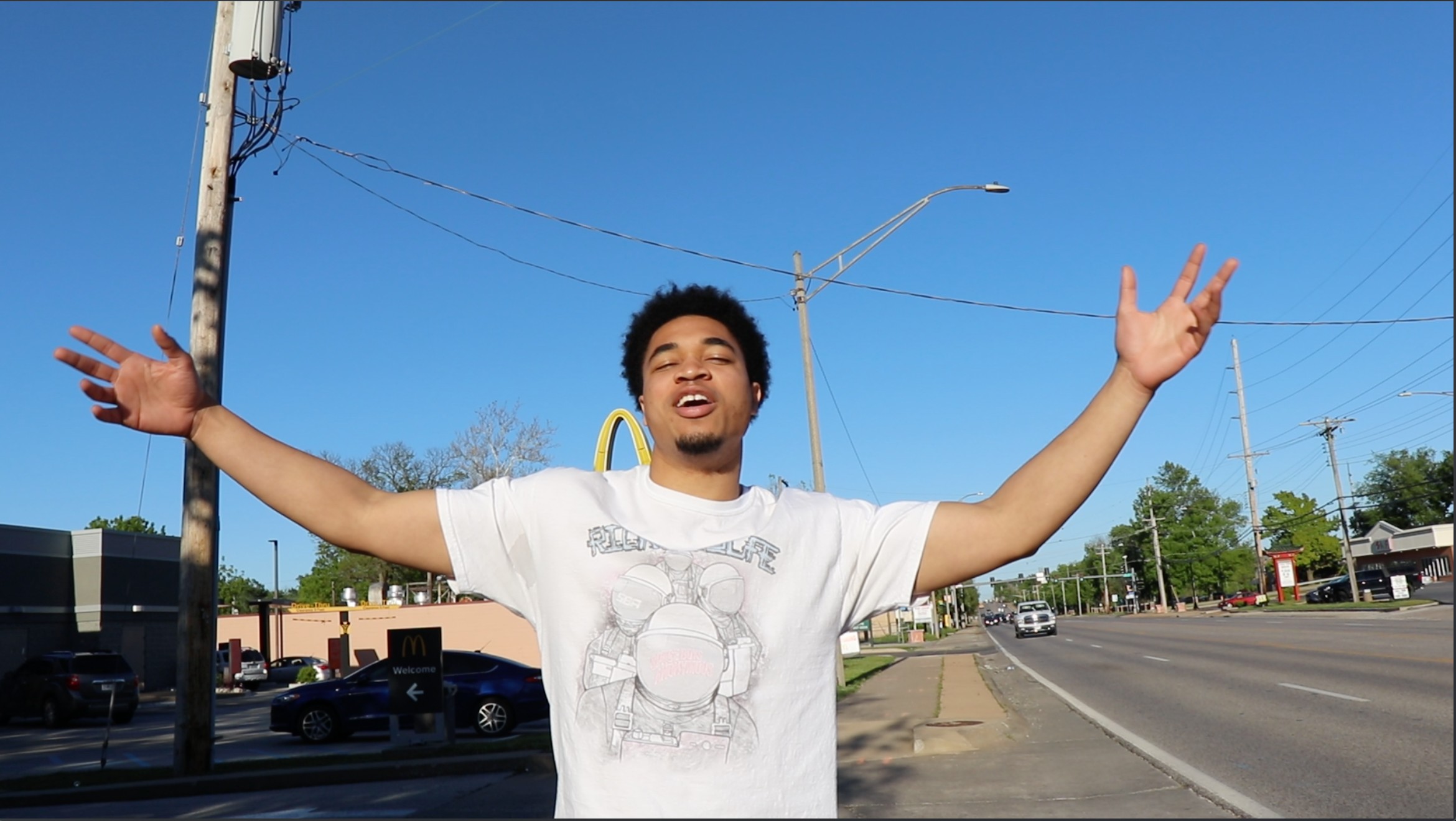 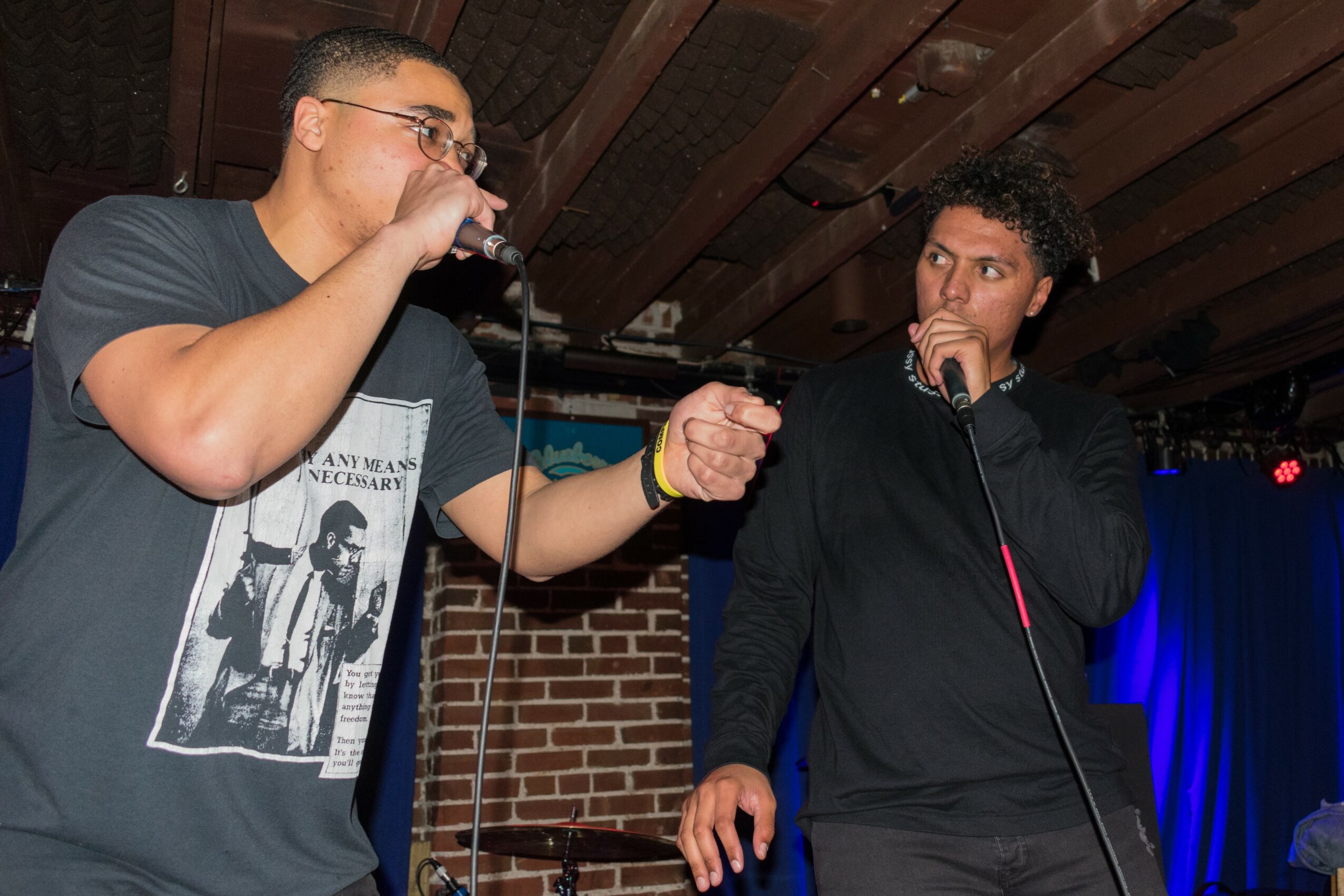