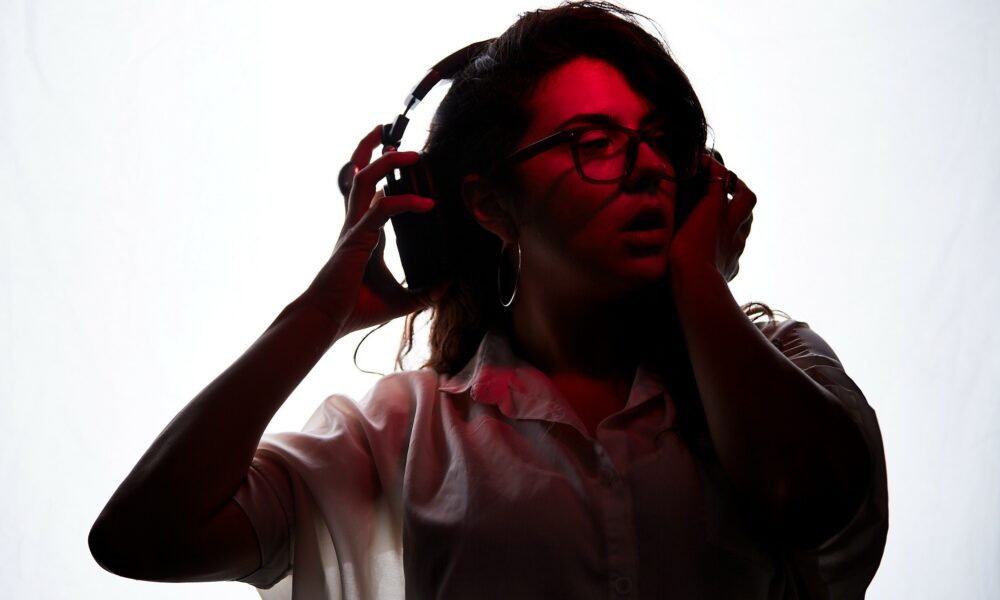 Today we’d like to introduce you to Saylor Surkamp.

Hi Saylor, it’s an honor to have you on the platform. Thanks for taking the time to share your story with us – to start maybe you can share some of your backstories with our readers?
I am an artist. I am a musician. It’s all I know. If I knew how to do something else, I probably would be doing it.

I am very privileged; in that, I grew up in the industry. My Dad is the frontman of a cult-classic Prog rock band from the ’60s-’70s called Pavlov’s Dog. All of the family on his side were artists & painters out of Ste. Genevieve. My Mother is a brilliant artist and designer & entrepreneur. She sings, paints, sculpts, plays backup guitar, and manages the band…really, she does it all. I grew up touring with their band and singing backup.

I attended Webster University. My class in Uni was unique, in that we were learning & creating work during what (looking back) was most definitely a zeitgeist. In art school, I was making work about sound, light, music, perception, and technology. How fast everything was moving, how overwhelming it can be. At the time they didn’t offer any programs that would help me learn to create what I wanted to, which was a merge between art and technology and our experiences being wrapped up inside it. Over the course of the next three years, I carved my own path with help of professors and mentors and became the first to graduate with a degree in Alternative Media.

After I graduated college, I started a project called Glitch Girl. I created experimental glitch videos and created glitch paintings. That led me into starting to work in nightlife. I began VJing the crazy visuals I was making at the time.

I hit the ground running when it came to DJing and producing my own music. I didn’t have any equipment to practice on, so I basically taught myself how to spin out loud, and in public. I can’t tell you how deep my love goes for every member of the dance community. STL and Chicago. From day one I was embraced and encouraged. I’ve gotten to learn from so many DJs that are masters behind the decks. I have learned from some of the greatest. By some miracle (and a lot of hard work) I am DJing almost every weekend now, and I don’t want it to ever stop, I’m gonna keep it goin’.

After losing my job during peak pandemic, I decided that I needed to just start working myself. If I was ever going to live out my dreams and have the time to accomplish them – a day job would just continue to suck all of my time, energy & creativity. Even though I am broke, I figure…people have made it with only $50 bucks in their pocket. So, I can too.

This year I started my own creative business, called SAYLORWORLD, LLC. Yes, just like Wayne’s World – only it’s me. I am taking painting commissions and performing for income so what more could I want? I am so in love with where I am right now. This is exactly what I’ve always wanted my life to be.

Alright, so let’s dig a little deeper into the story – has it been an easy path overall and if not, what were the challenges you’ve had to overcome?
I don’t think many artists get there without some kind-a-somethin’ in the way. There are a lot of things that have challenged me, most of which involve a million different kinds of internal struggle and mental health issues.

When I was deciding which college I wanted to attend and for what. I struggled. I had this idea that I had to choose the path of being an artist OR a musician. Which just wasn’t and isn’t true, but at the time I felt like it had to be black and white. I spent so much time trying to explain what was going on in my head what I wanted to do, what I wanted to make, how confused I was trying to find the path of making it happen or to find someone who would understand what the hell I was trying to say with my work. By the time I had my thesis exhibition, I had my first mental breakdown, but the project that I made finally fully explained what I had been trying to with my artwork for so many years. It was like I finally put all of the words into a long sentence. I lost my mind, but I won first place in the juried exhibition so it is what it is.

After college I moved into my first adult job, working at a local museum/gallery. After working there as a docent, I was offered a promotion as the event coordinator. I struggled with the decision to accept the position because I was afraid that it would put me too far off my creative path. Long story short it did, and I left the position after having a nervous breakdown. The day I left the position I manically drove straight to Chicago. After that weekend in Chicago, I decided that I was going to learn to DJ. It saved my life. Soon after I moved to Chicago and met so many friends that have taught me everything I know.

At the end of the day, some seriously good s*** has come from all these lows.

We’d love to learn more about your work. What do you do, what do you specialize in, what are you known for, etc. What are you most proud of? What sets you apart from others?
I’m a sexy Jewish girl who DJs House Music. I build psychedelic art installations, throw raves, and sing jazz. There isn’t anyone like me. I hope.

Glitch Girl is an alter ego that I use to be more playful. It involves layers upon layers of videos and images that merge all the colorful footage I take with popculture references. There are so many layers that then images float in and out. I let the footage do its own dance. The colors are bright and flashy. I started making glitch watercolor paintings, mixing hand painted portraits and scenes and then transforming them digitally. I love being Glitch Girl because I don’t have to be too serious, I don’t have to overthink. One of my life-long friends Stanford Chisholm encouraged me to start taking my work off the Internet and into the club. My favorite memory was lighting the place up while he DJ’d, and how the music and videos would begin to naturally sink together.

I love all kinds of music, so when I DJ – I play it all. Everything falls under the house and techno umbrella, but all of it is going to make you dance. I’m eclectic and that is half the fun. I am a resident DJ with Nightchaser, I get to play music and throw parties with my girl Alexis Tucci and the crew. I am hoping to pick up more gigs out of town in the next year but right now I am making dancefloors move in the Midwest. This year I began my very first DJ residency at Handlebar every 4th Friday of the month. I call it ‘Body Movement for Self Improvement.’ The response has been overwhelming!!! Every night has had the thickest, most positive vibes.

I started learning how to produce my own tunes shortly after i started DJing. I’ve always written songs, but I’ve never played an instrument. I wanted to make the kind of soulful house music that I love. I am still finding my sound, but during this journey I’ve gotten to collaborate with so many talented artists. The track that I am most proud of is called ‘Baddest Bitch’. Eric Donte and I made it in the middle of the night in Detroit. That track goes off. It’s the kind of song I want to keep on makin’.

My buddy in Mexico City, Sergio Avila and I have released a couple of tracks on different labels over the last few years and are just starting to work on some new music that I am eager to share.

Over the past year I have transitioned into being my own boss, I started doing painting commissions so that I could start bringing in some consistent income. I’m playing music out more than ever before. I confident that I am on my path.

Can you tell us more about what you were like growing up?
Growing up I was exactly. the. same. Overly outgoing and a dramatic tiny diva with a pleather jacket and a miniature Flying V. I would fight my way on stage to steal the mic from my parents. For being a little kid…I could paint like a m*****f****r. I was hilarious. Always the class clown. I stayed home for an entire summer memorizing Michael Meyers SNL skits like Coffee Talk. Never was I ever an active or sporty person…I was an art kid. So, the only thing I would do outside of playing Barbies would have been writing songs or burying myself in a sketchbook. In my teens, I was a total Scene kid. It’s silly, but that is really where I started experimenting more with multi-media art. I would hand-collage myspace layouts and code them to be clickable. It’s a silly little tidbit, but I think many of the folks of my generation can relate.

My senior superlatives were ‘Best iPod’ (omglolhow?! I guess it makes sense now) as well as ‘Most Likely To Be Famous’ so here is to makin’ something happen. 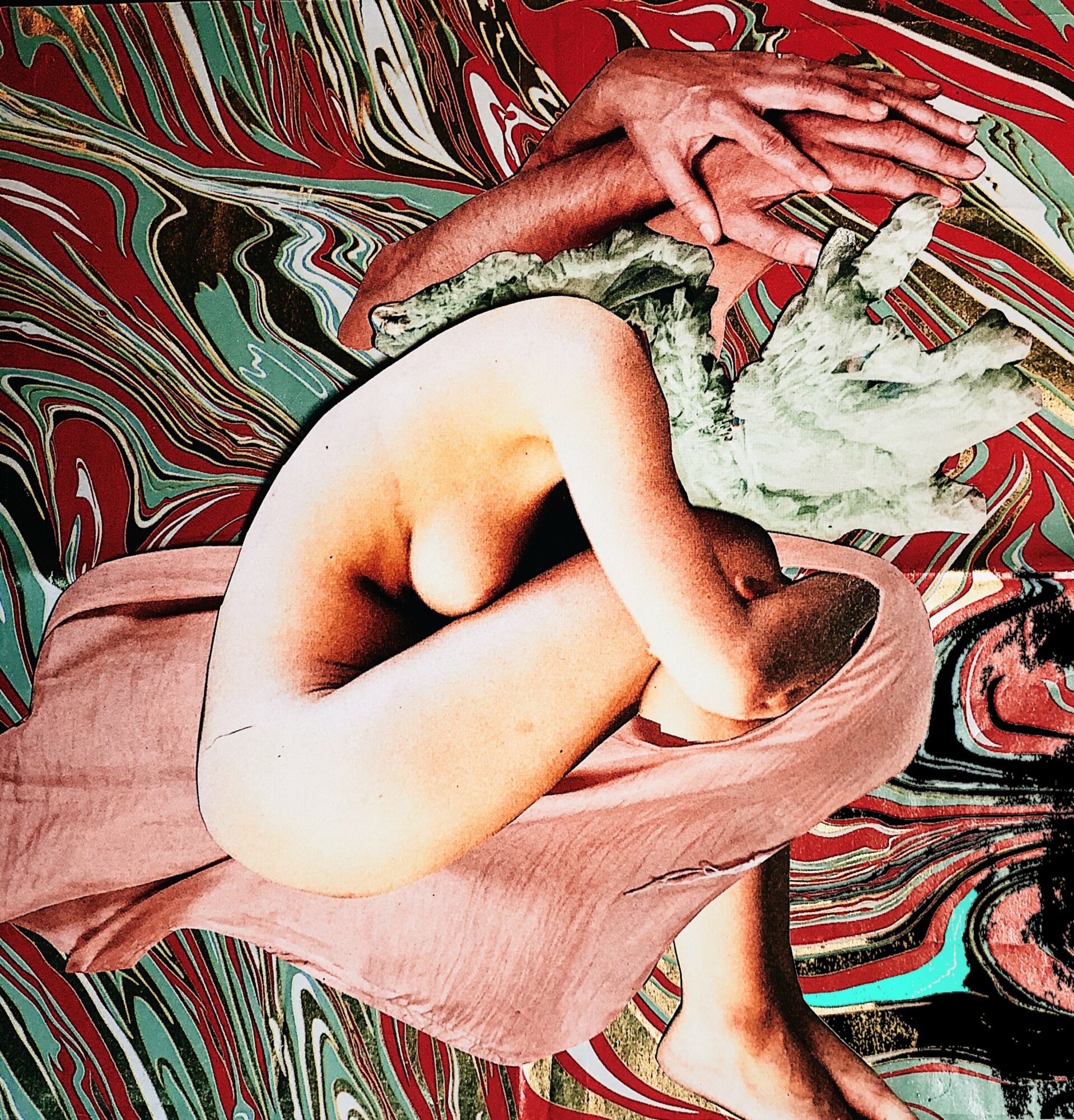 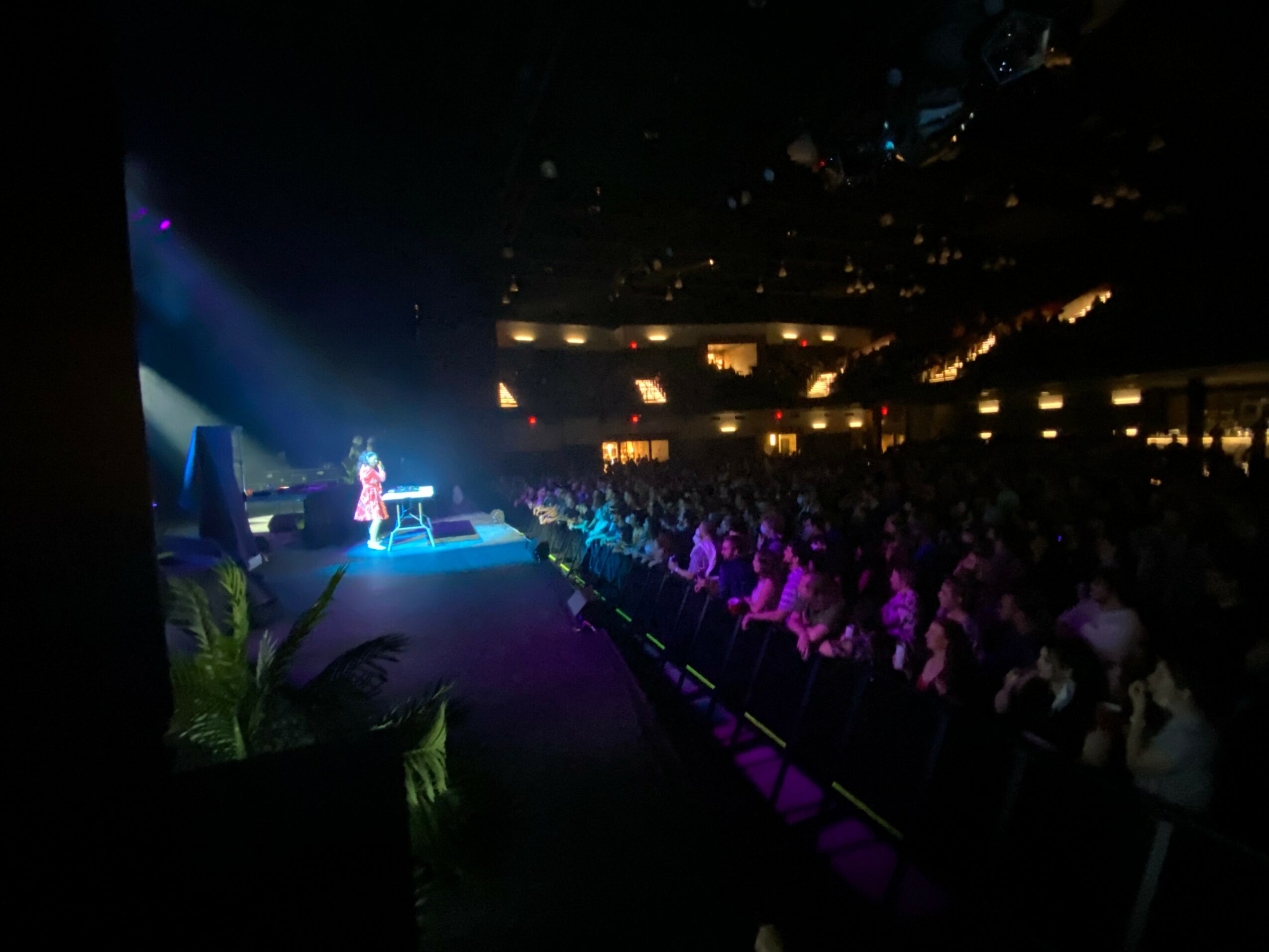 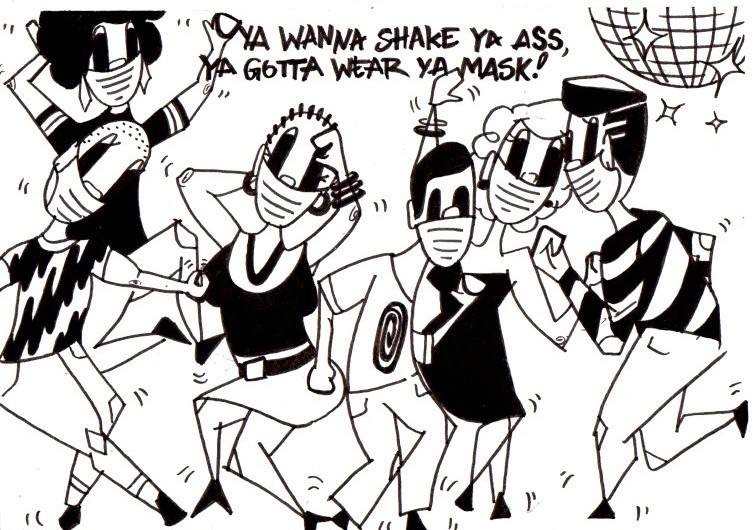 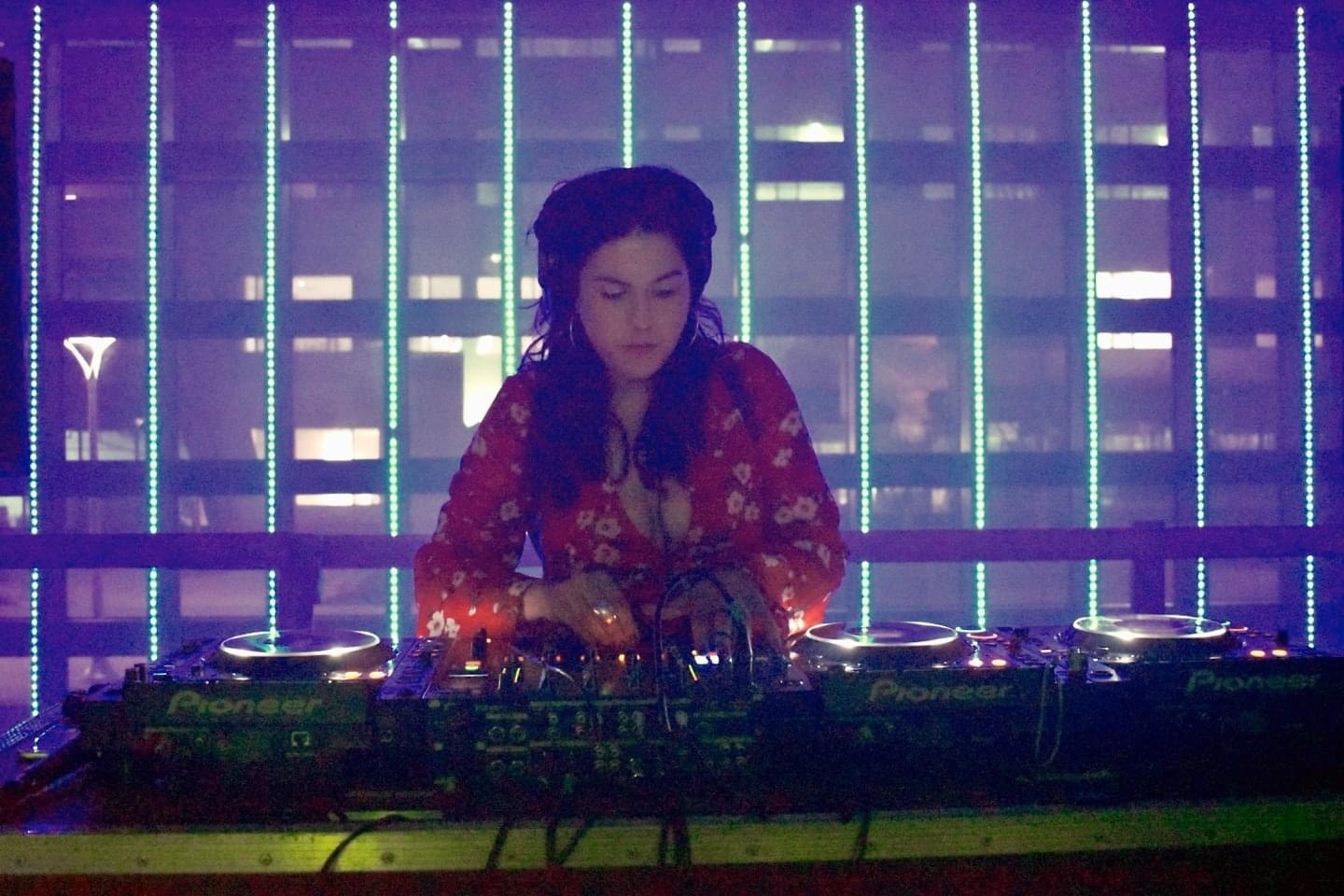 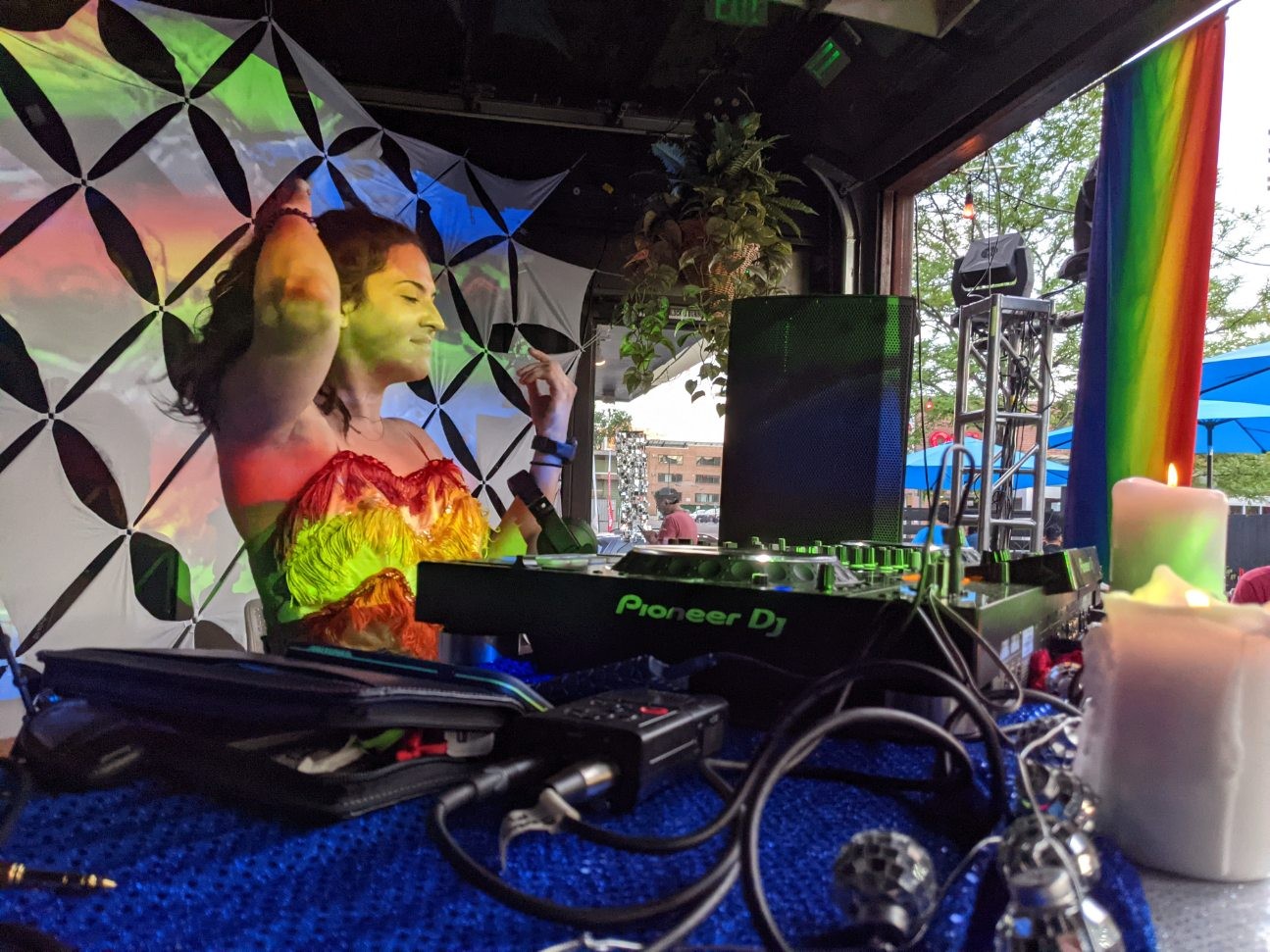 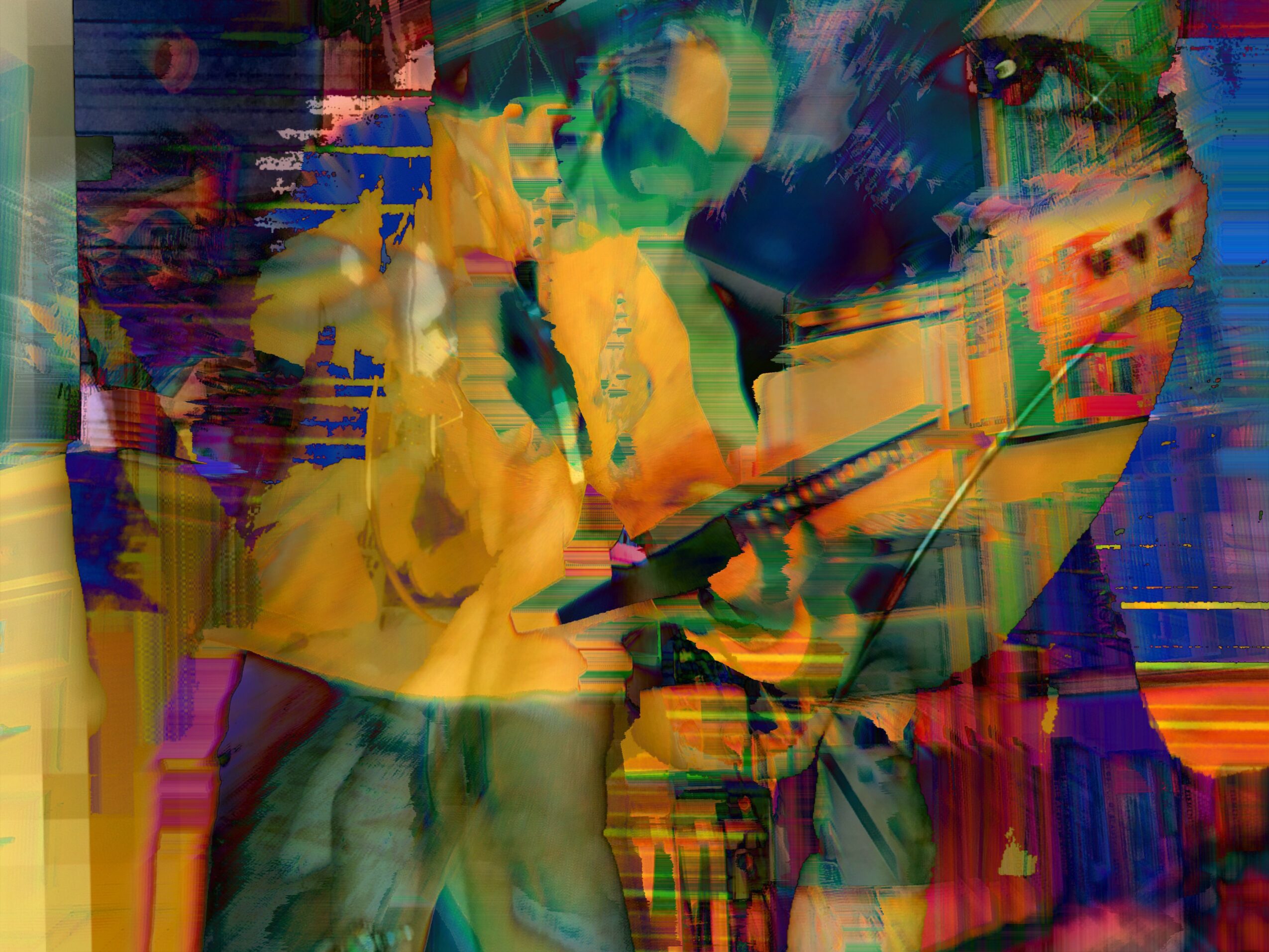