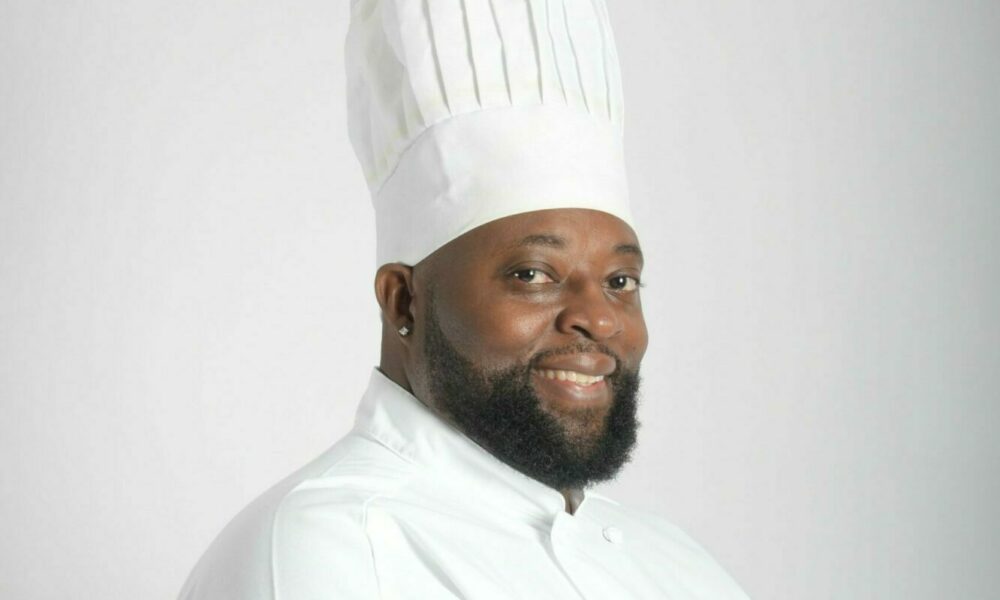 Today we’d like to introduce you to Dennis Rodgers.

Hi Dennis, we’d love for you to start by introducing yourself.
I started my career by accident, like many others I know. I never wanted to be in this industry, but life circumstances dictated otherwise. While away in college, I ended up being faced with the birth of my first child and had to return home so that I could help provide for him. At the time, the only thing I had done in a professional kitchen setting was wash dishes, so that’s what I went back to doing, washing dishes. I have always been able to cook. Being the last child of 5 that my mother gave birth to when she was 40 years old, I spent a lot of time in the kitchen with my mother and grandmother, learning different things that I would end up needing in years to come, without even realizing it. While working as a dishwasher, I was always looking into the kitchen, trying to figure out how to get a chance to become a cook; at the time, it was because cooks were making a substantial amount of money more than a dishwasher. I constantly asked the lead prep person, an older gentleman, who would explain how to handle a knife properly, what went into certain dishes, and how to clean and prepare different meats and sauces. The restaurant owner noticed my interest and told me that if I didn’t mind picking up extra shifts to learn prep first, he would give me a chance as a line cook but only if I did well as a prep person. For me, this was exactly what I wanted to make more money. It wasn’t in the form of a raise. It was in the form of extra work that all began to teach me the discipline I needed to go with my natural talent that had not yet been revealed. I worked 6 days a week, double shifts 3 days a week, where I would wash dishes in the morning and finish prep in the evening. I got good really fast; eventually, all my shifts were prep shifts, and the raise came along. My mentor ended up taking ill, and I was now responsible for maintaining the product for the entire restaurant. The store owner also worked with me on inventory and orders. He told me it went hand in hand with being in the prep position because I knew better than anyone who needed it. After all, I was the one producing it. Once the lead prep person returned to work, I was given my shot on the cook’s line, and that’s when I fell in love with the culinary arts. In this restaurant, I worked my way up to assistant manager over about 7 years and eventually got my store, where I was the General Manager. No formal business education, just hard work and the willingness to do more to get more.

I eventually moved on from that restaurant, and this was when I began to work in hotels. In the hotel industry, I did everything from being an Assistant Executive Steward. You are in charge of providing the correct service vessels for banquets, from being a Banquet Chef, where we cooked and plated food for thousands at a time, to being a grill chef at one of the hotel’s fine dining restaurants inside of the hotel. This time frame opened my eyes to all sorts of things related to the food and beverage industry. I held several other jobs over the years, from a Sous Chef in a country club to an Executive Chef of a small privately-owned hotel, to which I ended up being the Food and Beverage Director and Assistant General Manager. During this time, many of my transitioning jobs focused on money and who could pay me the most of it. I returned to being a Restaurant General Manager for about 5-6 years until the ownership changed hands, and eventually, I was let go. This was when I decided enough was enough, I partnered up with a friend, and we opened our restaurant called Jus Like Momz, where I cooked a lot of the things I learned from my mother and grandmother. The restaurant business is tough, and you have to have good financial backing or the fortitude to survive the not-so-profitable times, which is tough to do without having the money to do so. At Jus Like Momz, a lot of the help came from my family regarding the day-to-day operation. And while working, we were asked to cater an event, and that’s how it all started back in 2007.

Would you say it’s been a smooth road, and if not, what are some of the biggest challenges you’ve faced along the way?
It has not been a smooth road; though catering is a more manageable operation to run daily, it has its own challenges. Suppose you are a small mom-and-pop catering service; you have to work hard to get and keep business. The big-name catering services tend to have all the bells and whistles, such as a lavish cooking facility and, as a result, other ways to generate income. With us, we have to either rent out a professional kitchen space. This happens for most events unless it’s a private chef service event where you hire us to come to your home and cook, or the facility where the event is being held allows outside catering. When you are an outside caterer at event spaces, they require you to be licensed and bonded with a higher amount of coverage, which we are; however, the cost of doing so can get costly.

Alright, so let’s switch gears a bit and talk business. What should we know about your work?
Our mission here at D. Rodg World Class Catering is to make your culinary vision a reality. Exceeding expectations with flavorful cuisine made with the highest quality ingredients and paired with impeccable service is our goal. We will make your catered event special, whether buffet style or table side. Executive Chef and Owner of D. Rodg World Class Catering is a native of East Saint Louis, Illinois, and a self-taught chef with over 20 plus years of experience in the culinary field. He started his company in 2007 with the premise that D. Rodg World Class Catering isn’t just a name but an experience. He turns every event into an experience made deliciously unforgettable. Anyone can provide you with food. However, Chef Dennis Rodgers employs a team of well-trained individuals who take pride in the gold standard of being world-class. This is done by managing every event with impeccable style from beginning to end.

What do you like and dislike about the city?
What I like most about the city I am from is the determination, strive, and hustle we have to do more, be more, and achieve more, never knowing that we have to set our bar higher than others. What I least like about our city is the negative image that has often been placed on it and the lack of nice facilities to house events in the city for people to gather and celebrate their special moments. 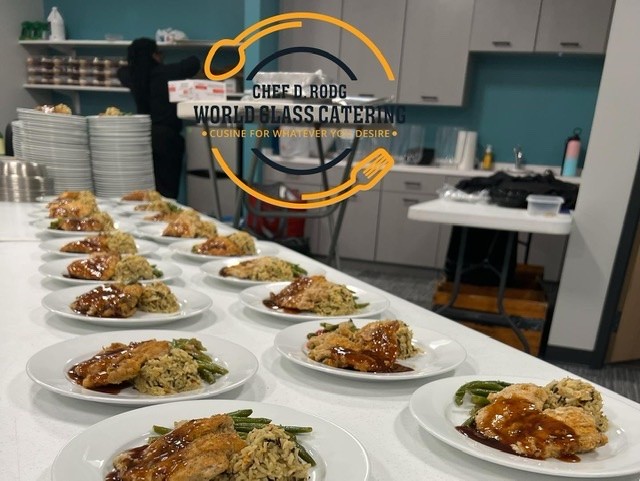 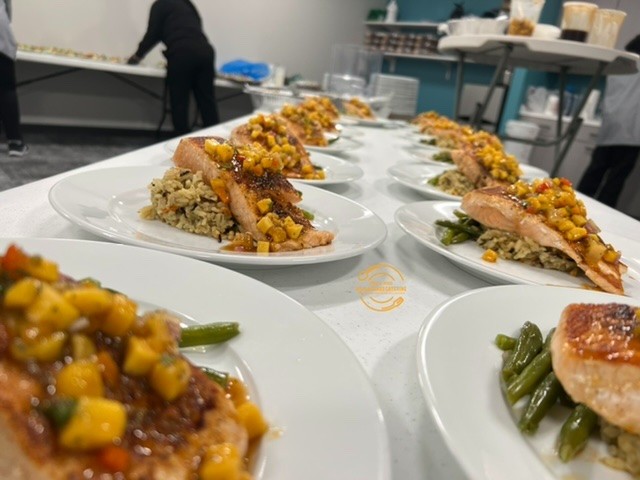 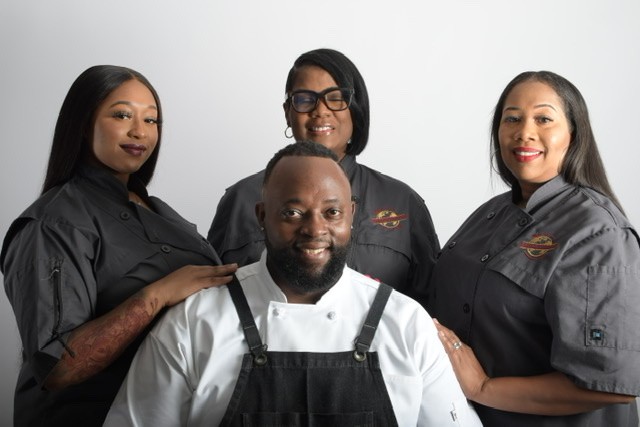 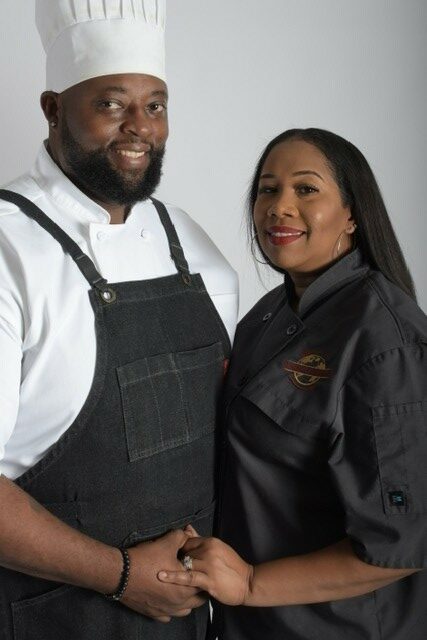