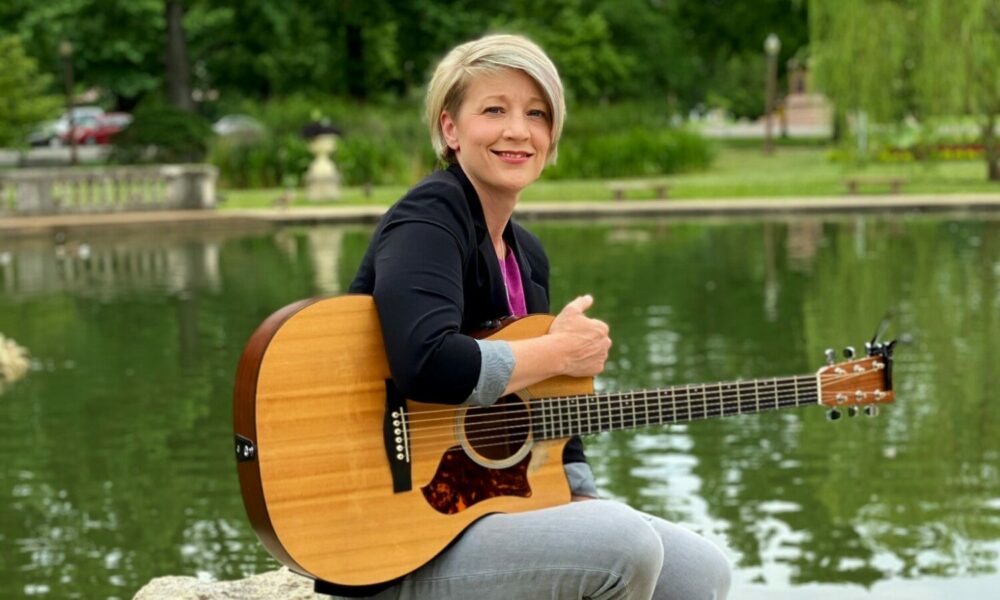 Today we’d like to introduce you to Jen Norman.

Hi Jen, we appreciate you taking the time to share your story with us today. Where does your story begin?
I’m an indie roots-rock singer/songwriter. I sing, write songs, and play enough guitar to get by. I began my music career as a child growing up in my dad’s Pentecostal church. I was enthralled by music from very early in life, especially percussion instruments. I went to every concert and bought all the music I could. I am thankful and very blessed.

I watched and learned how to play drums at around 8 years old, I guess and continued to play in the church band until my late teens. I started singing some in my late grade school and then high school years in choirs/ensembles, and by my late teens, I found out that I loved singing as well. I began singing in restaurants & cafes when I was 19 and built a decent following. I pushed hard in my early career to get to Nashville, as I was making country music then.

In 2001, I was “discovered” by a gentleman in the Nashville music scene. He brought me into a Nashville studio and helped me record/produce my very first record. While I only worked with him for a couple of years, he didn’t take me far, but he opened some doors for me, and I learned a lot from this time.

As I grew more familiar with St. Louis and Chicago music scenes, I slowly drifted away from country music and fell into more of an indie rock genre. I had always dabbled a bit in songwriter, but in 2006, I began writing my songs and learning to play a little guitar. I have been playing music professionally for over 20 years and have been in St. Louis music for most of that time. I have kept playing at clubs, bars, restaurants, coffee shops, and festivals. I have met, become friends with, and had the amazing privilege of playing with some of the best local musicians and national touring musicians.

In 2011 I went into the studio with my good friend, Summer Osborne, and recorded my first, all original, acoustic record, “Learning as I go.”

In 2016, I released another original record, with a full band this time, entitled “Speak through me,” recorded at Encapsulated Studios in Maplewood, Mo

In March 2020, after planning for 6 months, my partner and I set out on my first real music tour, Tap Tour, 2020. I was involved in the craft beer industry then, so we booked all my tour stops at craft breweries across seven states, spanning 13 weeks. We met some fantastic business owners and had a lot of support and fun along the way. At the same time, the Covid pandemic canceled a big part of that. I could get some tours stopped in and rescheduled some.

During the pandemic, I did many live stream shows from home to keep some income flowing, and went back into the studio, recorded, & released a couple of new singles in 2020 & 2021. In 2020, I married my wife, and in 2021, I became a “mommy” to our beautiful baby girl. We are raising our daughter around as much music as possible. And trying to socialize with her as much as we can while still in this time of Covid.

In 2022, I released a brand new single that I wrote for. It’s of them, entitled “Moon Baby.” In June of 2022, I will be able to open a show for the Grits and Glamour tour, featuring Lorrie Morgan and Pam Tillis. Early in my career, they played a big part in my getting into country music.

In October of 2022, I play at the Roots N Blues Festival in Columbia, Mo, with my band, among National artists such as Jon Batiste, Wilco, Tanya Tucker, Larkin Poe, Bleachers, Old Crow Medicine show, and more. I feel lucky and blessed to have had some great opportunities. I’m blessed to be able to support myself by doing what I love to do. I’m in the process of working on a new record, hopefully to be released in the fall of 2022.

Below I’m also posting the bio from my website; use whatever you want from both sections:
Jen Norman is a singer/songwriter, a proud lesbian artist, and a new mom from St. Louis, Mo. With guitar in hand, Jen plays the soundtrack of her life and shares her soul through music as she writes and sings of love, heartbreak, loss, healing, and the creation of new life.

In 2003, Jen began her recording career in Nashville, TN, under the production of Capitol management, and in 2006 she started writing her songs. Her indie/folk/country rock style has continued to evolve throughout two full-length, original CDs, “Learning as I go,” in 2011, and “Speak through me,” in 2016, and singles, “Grace” & “Broken Bones,” (2021), and “Moon Baby,” (2022). Her latest single, “Moon Baby,” is the love story of finding her soul mate and their journey of creating their beautiful baby girl. She plans to begin working on a new, full-length album in the spring of 2022.

You can find Jen performing around the Midwest as a solo, acoustic artist, duo with Kelle Green (formerly of One Way Ticket), and with the trio Strings Attached, and an all-original female band, Harmony Moon (with Diane Richardson, Melissa Neels, and Ro Anderson.)

Would you say it’s been a smooth road, and if not, what are some of the biggest challenges you’ve faced along the way?
A huge challenge for me is that I’m an introvert, I’m very shy in front of a crowd, and it can be very difficult to overcome my anxiety. My goal has always been to be a household artist and share my music with the masses. Getting music into radio/tv/films is extremely challenging for an independent artist. It’s not cheap to pitch music to the decision-makers if you can even get lucky enough to get that far. It’s always a challenge to make enough money to live and help support a family playing music.

Any advice for finding a mentor or networking in general?
I have so many influences and mentors in music, both local and national artists, some of my biggest influences being Brandi Carlile, Kasey Chambers, Dolly Parton, Jack White, Nate Ruess, Johnny Cash, BoDeans, Jason Marz, Alanis Morrisette, Lucinda Williams, and so many more. Some of my local mentors are Summer Osborne, Kristen Goodman, Melissa Neels, Diane Richardson, 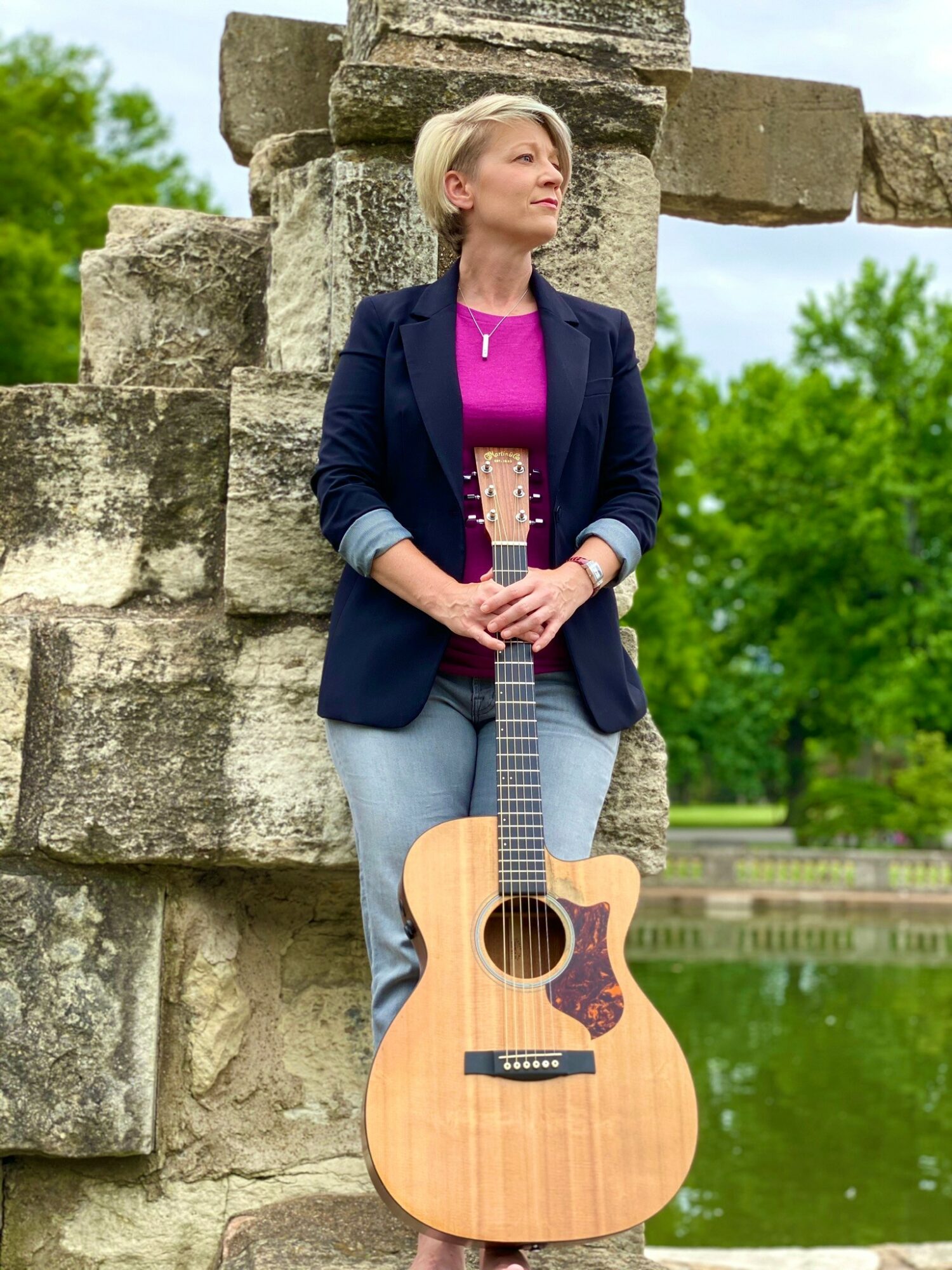