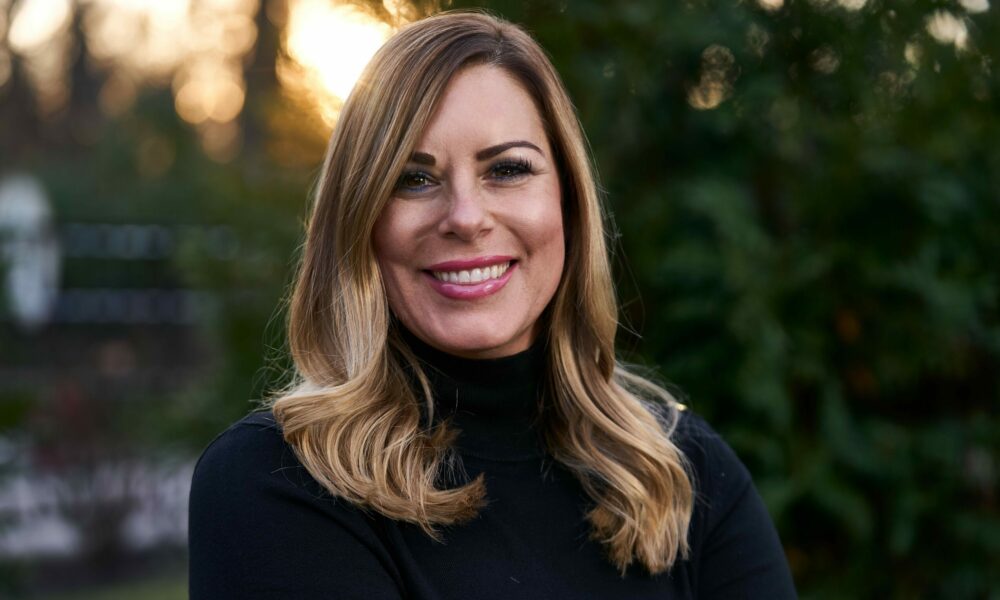 Today we’d like to introduce you to Heather Brown-Hudson.

Hi Heather, so excited to have you with us today. What can you tell us about your story?
My story begins on January 7, 1976, in historic, working-class South Philadelphia. Growing up in that neck of the woods with Bo and Bing Brown as mom and dad and my two older brothers built all the character one can imagine. My loud, loving, extra-animated Italian and Irish, Catholic-ish household provided the perfect storm of ingredients to make the hyperactive, outspoken, quirky and queer Heather Brown. If you are of a certain age, you might remember those collectible cards known as Garbage Pail Kids, a spoof on the 80s generation favorite Cabbage Patch Kids. At 9 or 10, a close family member once joked that I am comparable to the legendary Garbage Pail Kid Stormy Heather. I recall taking true offense to that at first. But 35 plus years later, I realize that being messy, energetic, driven, passionate, and intense is a gift and a privilege that I appreciate about myself, as it is quite likely that exact amalgam of traits that allowed me to persevere through tremendous episodes of instability and uncertainty in my journey from awkward adolescent to the patchouli, prosecco, and caftan loving mother, partner, and business owner I am today.

Teenage Heather set her sights on Broadway. After graduating from South Philadelphia’s Girard Academic Music Program in 1993, armed with a bit of confidence and a LOT of nerve, I decided to audition for AMDA, The American Musical and Dramatic Academy in New York City. To my surprise, I got accepted and was awarded a partial scholarship! My song choice, My Fair Lady’s Wouldn’t it be Lovely, and the monologue from Euripides’ Medea proved a wacky but appropriate pairing to showcase my talent. I was thrilled. It was exactly what I wanted to do, and NYC was exactly where I wanted to be doing it. My anticipation would be short-lived, though, as a tragic family event halted my NYC plans and re-routed my life trajectory.

On June 18, 1995, my father was attacked, brutally beaten, and nearly killed by a group of young men. He would spend the next few days in a coma, and then several months in the hospital with no memory of the incident and severe brain damage, which resulted in my father, the highest decorated fire lieutenant in Philadelphia, never working active duty again. This was a devastating blow to him personally and professionally, not to mention the traumatic, emotional, and financially destabilizing upheaval this was for our whole family. Shortly after that incident, I declined my acceptance to the Musical Theater Conservatory in NYC and stayed local to support my mother. She had to take an extended leave of absence from work to care for my father and manage the household. To the utter shock of many doctors, my dad has come an astonishingly long way. What his family all knows is that he probably wouldn’t be here today if not for the steadfast and often fury-fueled resolve to return to some shade of his former witty, entertaining, smart, talented self.

The next two years were an emotional roller-coaster as we navigated the legal system during the criminal and civil trials against the men who committed the crime. With no plans to continue my education at that point, I enrolled in some classes at the Community College of Philadelphia, with no idea what course of study I wanted to pursue. In 1998, 5 majors and 5 years later, I had earned my BA in English and French and was leaving for Paris, France, to pursue a Master’s Degree in French Language and Literature from Middlebury College. Moving away from musical theater to language and literature was an unintentional but welcome shift, as it allowed me to discover another means to a different (than planned) end. In August of 2000, I moved to New York City to pursue a Ph.D. in Comparative Literature. Fast forward to 2010 – with my doctoral degree and my almost 2-year-old son Graham in tow, I moved across the country to my new hometown of St. Louis, Missouri, to begin my academic career as a faculty member at Lindenwood University, where I have been for the last 12 years working in both the French and English Departments as Assistant and then Associate Professor. My previous role at Lindenwood would make an indelible impression on me and inspire me, again, this time intentionally, to make a shift in my life pursuits. I pitched starting a gender studies program, and the rest is history. Teaching gender studies courses and discussing some of the topics that are germane to this course of study, like gender race, class, ethnicity, sexuality, ability, etc. for the last 9 years, with a spattering of Covid world panic and pause mixed in, inspired me to resign from the university in December 2021 to open a small consulting firm that to aims to change the culture of workplaces across the country by educating all members of organizations about the urgency of making Diversity, Equity, Inclusion, and Belonging as much of a priority as is their bottom line.

Thanks – so, what else should our readers know about Dynamic DEI Solutions?
Dynamic DEI Solutions offers customized DEIB education, which consists of workshops, seminars, training, keynote speeches for local and national organizations, universities, hospital systems, and more—committed to engaging in the process of organizational change to support more diverse, equitable, and inclusive workplaces. We are committed to creating environments where all people feel seen, affirmed, and valued. I offer multiple interactive workshops that can be built around a specific organization/business. These include Safe Zone Training, Implicit Bias Training, Allyship Training, and Starting the Conversation about Diversity: a workshop for parents, caregivers, and teachers. I am also available for ongoing client work, like on and offsite team building, mission building, and short or long-term consulting projects.

What does success mean to you?
Honestly, I know more about what success is NOT. Success is personal and subjective and, in my opinion, is NOT one set thing, goal, or benchmark. It is not found in others, possessions, degrees, or accolades. For me, success has the fortitude to keep going, to stay engaged, connected, and loving. I say this now as a 46-year-old woman who has thought plenty of times, “wow, I made it,” only to be thrown the next curve ball. So even though I am proud of my accomplishments, it is my ongoing commitment to actively call out and resist all forms of oppression, while staying humble, and grounded that might spell success for me.