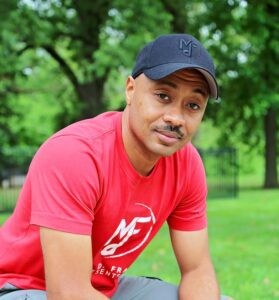 Today we’d like to introduce you to Michael D. Francis.

Hi Michael, thanks for sharing your story with us. To start, maybe you can tell our readers some of your backstory.
My interest in the film and TV industry began as a kid when I watched television with my grandmother and movies with my mom. Witnessing their enjoyment left an impression on me; it made me want to create “that experience” for others. It was something about the power of a “box” of light and moving pictures to change people’s moods and emotions.

Growing up here in the Midwest, I did not have the exposure or access to learning how to make TV or films. In addition, I was surrounded by people that believed it was impossible for a “nobody from nowhere.” However, I started trying to figure it by exploring my creativity by reverse engineering what I saw on TV. I became obsessed with TV commercials, then Saturday Night Live (SNL), and then In Living Color. I started creating homemade TV commercials and sketches with my cousins as my first actors and my dad’s camcorder (the old shoulder VHS model). My exploration later grew into me being involved in school and church plays. They were so bad, but parents love watching their babies perform poorly in front of other people.

My interests eventually grew to the point I began to explore how to break into the real industry. Not knowing how to go about getting into the industry, I thought, wrongly, like most people, that you had to be an actor. Also, all the big movie actors were comedians at the time, so I thought that you had to be a comedian to be an actor. So, I began life in stand-up comedy. That journey did open some doors, one of which lead to me writing and producing stage plays. Eventually, the new opportunities took me to Chicago, where I had the privilege of writing for a few performance companies, including the famed Second City Chicago. After a few years of writing and performing around Chicago, I took a huge risk and put everything I owned into a gospel stage play. Only one hundred people showed up, and I lost everything and had to start all over. This began the period of time I refer to as my lost years. I attempted to give up on my TV dreams, moved to St. Louis, and settled into a regular job as a police officer. Now, instead of creating high-end entertaining drama about funny crackheads for the stage and TV, I was chasing funny crackheads and documenting true crime drama in police reports. That lasted for nine years before I decided to take another big risk to leave the life of crime and go after my dreams. You don’t want to be that, I wish, I woulda, shoulda, coulda person.

I moved to Los Angeles to further my quest for getting into the TV industry. Shortly after I moved to LA, I got a break and landed my first real TV show job on the Judge Judy show. That opportunity led me to my second TV job on Let’s Make A Deal, and the gigs kept coming. I found a home in reality/non-fiction TV. I worked my way up from a production assistant on the Judge Judy show to producing the First 48 to create my own reality and non-fiction TV shows. The work I have done for other shows such as ESPN’s Monday Night Football, Survivor, Biggest Loser, Nellyville, America’s Got Talent, The Voice, Unlocking The Truth, and Undercover High, to name a few, have contributed to the experience and knowledge to discover talent and create shows.

When I left LA to return to the Midwest, my focus was on building a thriving production community right here in the middle of the country. I desire to make it unnecessary for people to go to LA or New York solely to find success in the entertainment industry. Due to my past work with major production companies/networks, the LA and New York connections I gained enabled me to be a resource for them when they needed to set up production here in the Midwest or find the talent they are looking for. I have matched those companies with local skills and talents while also connecting my fellow production people with national-level TV production work.

I decided to start my own company, Michael D. Francis Presents because I wanted to create my own shows and help the people in the Midwest get access to the things I didn’t have when I started. People on the coast like to create shows about or for people in the Midwest, but they do not like to come to the Midwest. So, I’m here, so there can be a Midwestern telling Midwest story how they should be told.

Alright, so let’s dig a little deeper into the story – has it been an easy path overall and if not, what were the challenges you’ve had to overcome?
In the beginning, the most frustrating hurdle for me was trying to get my voice and ideas heard in the industry. That can often be made even more challenging when you are the only minority in the room. With what is going on now in society, people are embracing diversity, equity, and inclusion a little more, and the room is being created for other voices and points of view. People are starting to realize that having diverse ideas in both the stories and storytellers is a great benefit to profits.

In my business as a developer and packager of shows, trying to help turn people’s dreams into reality TV shows, the biggest challenge is overcoming those presented by potential clients and talent who self-sabotage themselves. People often operate from a place of fear. They say they want to be on a TV show, but they become overtaken with fear when it comes to fruition. Those people begin to self-destruct, destroying the opportunities I’ve built for them. Managing people on the path to stardom is challenging.

I overcome the challenge of having my voice and ideas heard by realizing that giving up is not an option. You must keep figuring out ways to go around or over hurdles. Be strong enough to run straight through it if you have to. Do not give up. It is not easy, and it doesn’t feel good all the time, but you must figure it out if you are going to accomplish anything. Keep figuring out better ways to tell your story. I also realize that in my business, it is necessary that I set and manage expectations. I have to help my talent and clients understand the process to help minimize their fear, anxiety, and other self-sabotaging actions. I keep in mind that talent and clients/potential clients do not understand “my world”— I have to make them feel comfortable in the process.

Appreciate you sharing that. What else should we know about what you do?
Michael D. Francis Presents a boutique Midwest TV production company specializing in discovering unique and diverse Midwest talent to package for TV shows and concepts. We specialize in transformational documentary and reality-style programming for television and digital platforms. We turn reality into TV.

Michael D. Francis Presents your reality into TV. The Midwest Way Of Life is littered with funny moments, compelling experiences, and entertaining characters – characters with engaging stories waiting to be told. we find those characters and tell those stories in the form of TV and content. We develop, package, sell and produce across all genres for broadcast, cable networks as well as digital platforms.

Can you share something surprising about yourself?
After venturing into this industry, I discovered it is unrealistic for a person to think they must be equipped upfront with everything they perceive is necessary to get into the industry. People get caught up in not doing things because they do not feel ready, do not have what they think they need, or try to get things perfect. I learned that is the worst thing you can do. You have to start where you are with what you have. There will never be a perfect time to start. If you are looking at other people, thinking you are not as good as them, you will discover after spending time with them that they do not know much more than you. Most of them are just guessing and making it up as they go along. It is more important to do it—start with the mind of constantly trying to become better. You will begin to move forward a lot quicker than you think you can. Nike had it right all along. Just DO It! 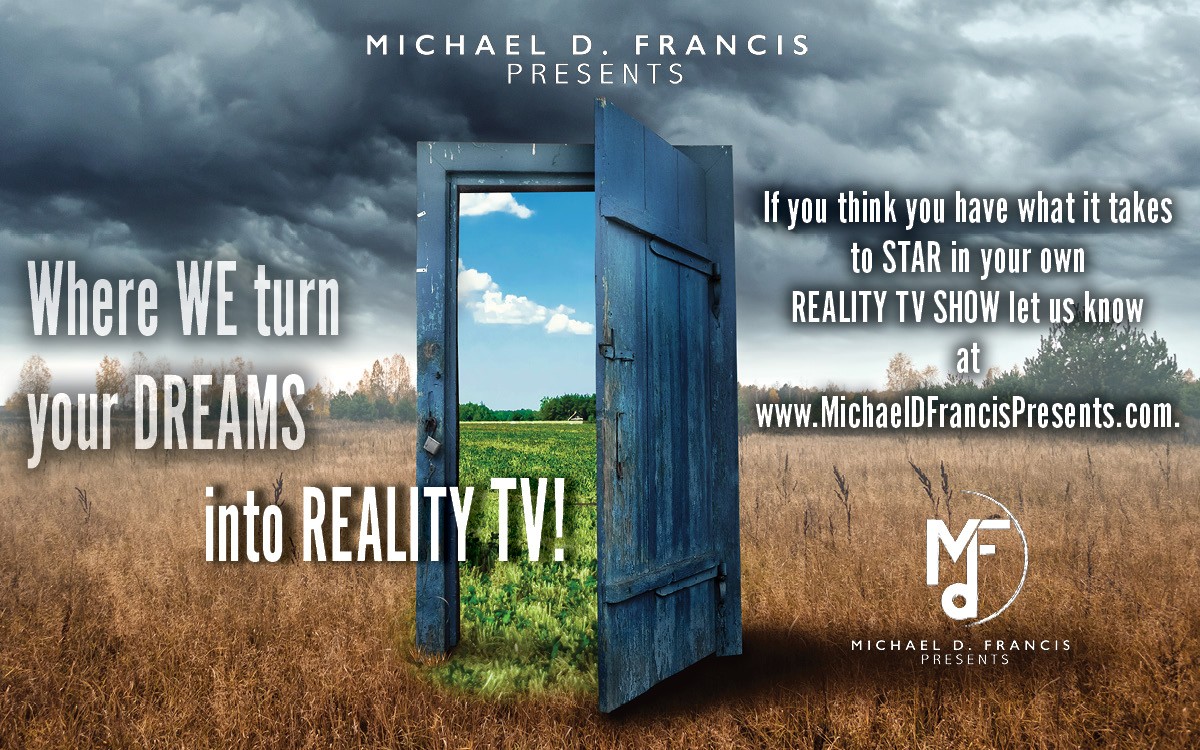 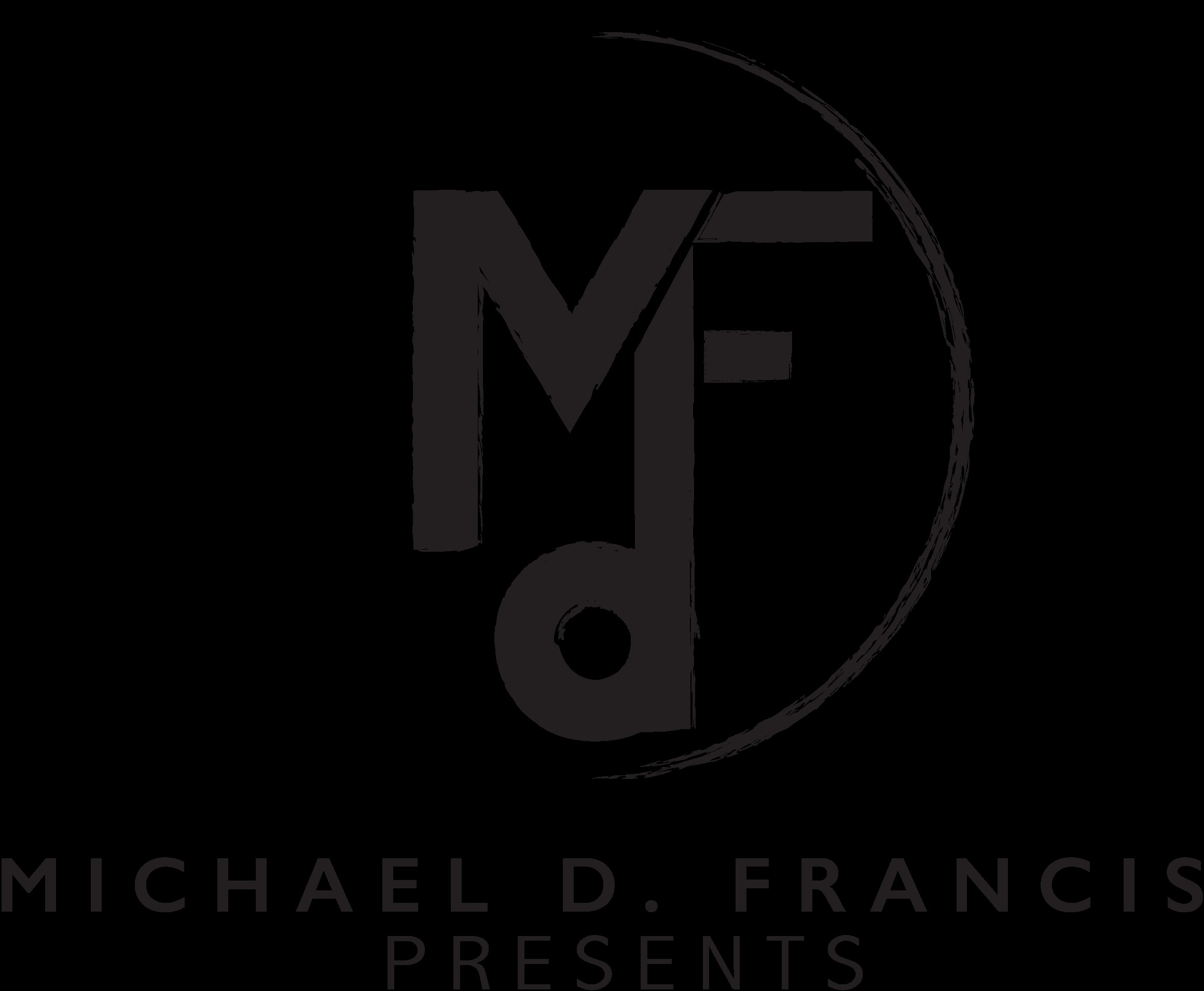