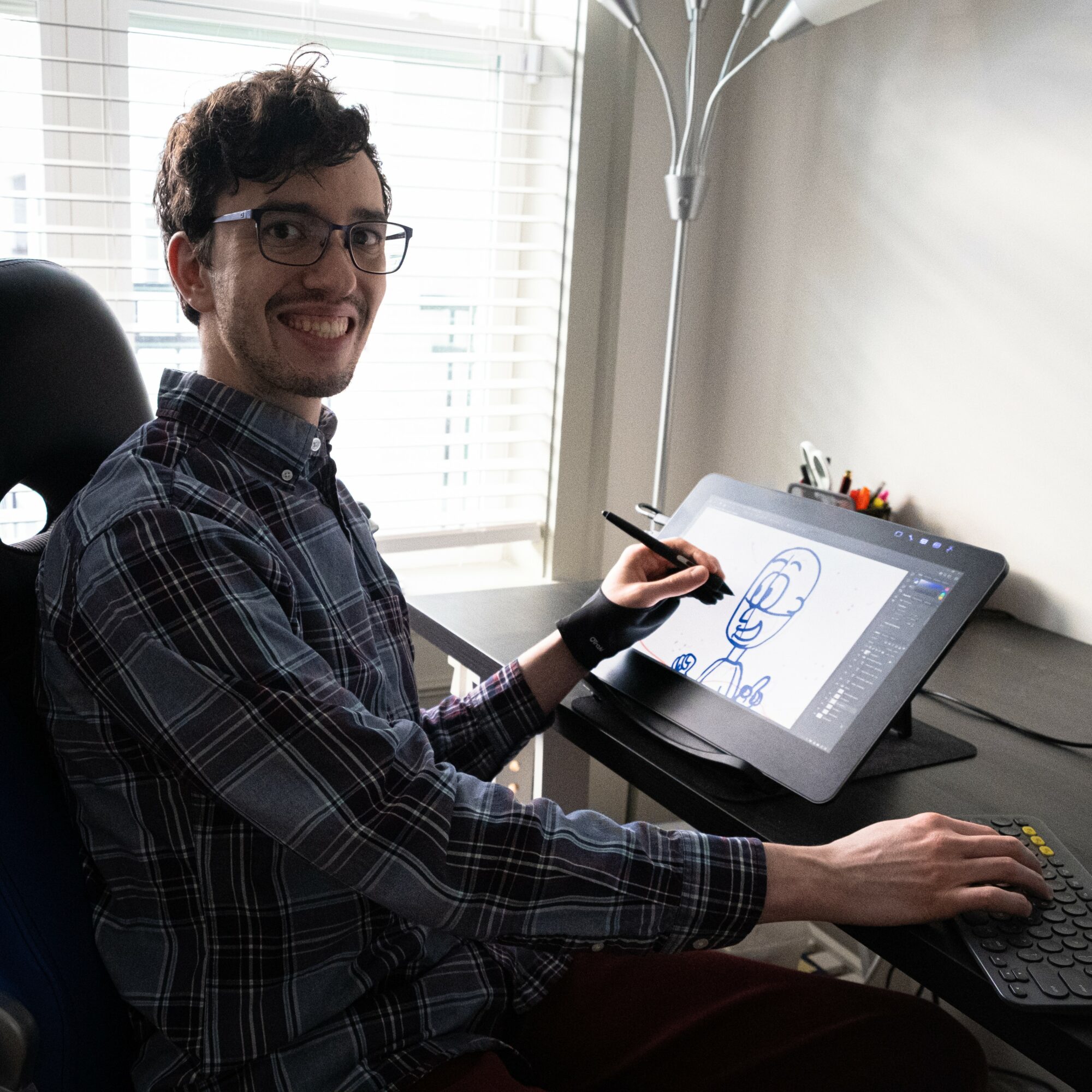 Today we’d like to introduce you to Eric Bateman.

Hi Eric, it’s an honor to have you on the platform. Thanks for taking the time to share your story with us – to start maybe you can share some of your backstories with our readers?
As a kid, I knew I wanted to be a cartoonist when I grew up (like the comics in the newspaper). “Calvin and Hobbes” was one of my biggest inspirations, along with “Foxtrot” and “Zits.”

When it came time to choose a college and a major, I chose animation. I saw a lot of similarities between my cartooning, and animation. And I knew I could apply the skills I’d learned from drawing comics to my animations. I went to Webster University and graduated in 2017 with a B.A. in Animation. I job hunted for 11 months before landing my first job as a lead production assistant at “Lowbrow Studios” in Norwalk, Connecticut. I worked on a show called “Humankind of.” One of the episodes was nominated for an Anny award! The Anny awards are awards for animated productions, and they give awards in different categories.

Production ended after 5 months, and my contract wasn’t renewed. I moved back home and got back to the task of feverishly job hunting. This lasted for about a year and a half with no success, and I was getting pretty dejected. In February of 2019, I reconnected with a fellow Webster animation alum (who would later go on to become my girlfriend).

We both got jobs at Target while we job hunted. We worked at our own respective Targets, in our own cities (me St. Louis, and her, Omaha) for over a year and a half. During my time working at Target, I decided to go for it and start my own comic strip! It is called “Chipperdoodles” and is full of one-off gags and family-friendly humor.

In December 2020, my girlfriend and I both applied to the studio, “Bento Box Atlanta” and were both hired as production assistants! For the first 9 months, we were both working from home. This gave me time to work on my comics during my lunch breaks.

In October, I switched to working in-house, but still, make as much time as I can for my comics.

I have been making and posting my comics online for a year and a half now, and have been working for Bento Box ATL for almost a year!

I’m sure you wouldn’t say it’s been obstacle-free, but so far would you say the journey has been a fairly smooth road?
Not long after graduating college, I realized a lot of getting into the animation industry was about who you knew, not what you knew. I applied to about 185 animation positions until I had my lucky break, and landed my first animation job.

I had a similar experience with getting my current job. I applied for 3 years with no luck, until a fellow Webster alum posted online that their studio was hiring. My girlfriend and I immediately applied, and after a couple of rounds of interviews, we both got t hired!

Thanks – so what else should our readers know about your work and what you’re currently focused on?
I think of myself as a cartoonist. I started out drawing on a bristol board with micron pens. In college, I learned how to make digital art on Wacom drawing tablets. Once I got the hang of drawing digitally, I didn’t look back. Digital offers way more opportunities to edit and improve a comic if elements need to be changed.

I specialize in drawing cartoony characters and writing jokes. My comic “Chipperdoodles” is a family-friendly gag comic strip that doesn’t have any main characters, I just write whatever funny scenario comes to mind!

My proudest achievement so far is making it to the second round of the r/comics Subreddit comic tournament! I had to whip out a high-quality strip in only 4 days instead of 7 due to traveling out of town later in the week. I am currently working on my comic for the next round and voting happens at the end of December!

I would say that my cartoony art style sets me apart from other cartoonists. Reading a lot of “Foxtrot,” “Garfield,” and “The Argyle Sweater” growing up, has resulted in a unique look to my comics.

Do you have any advice for those looking to network or find a mentor?
A lot of LinkedIn. It is an invaluable resource for meeting and talking to other creative professionals.

Most people will ignore your messages, but the ones that respond with thoughtful answers and advice might just become someone you can reach out to again down the road! 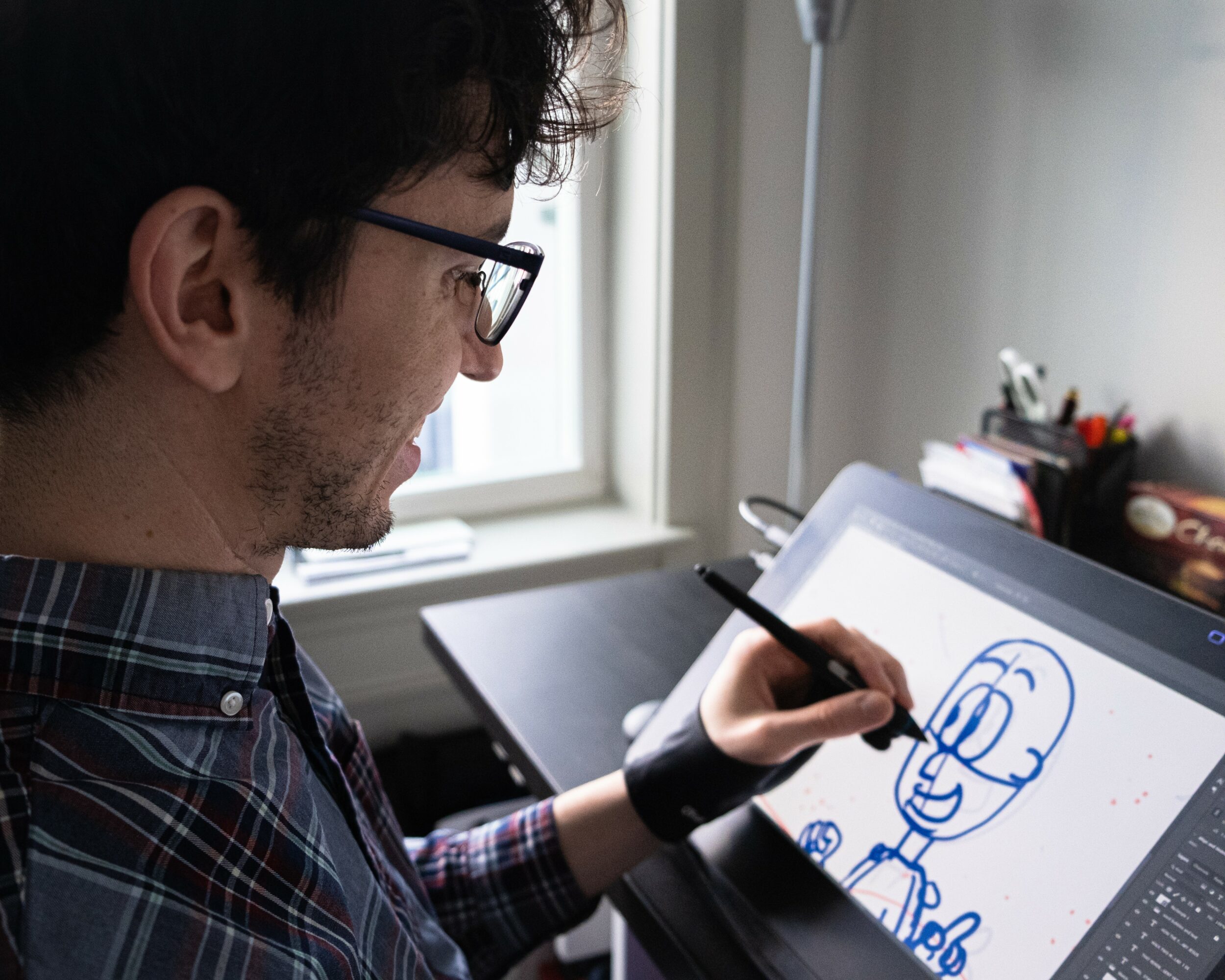 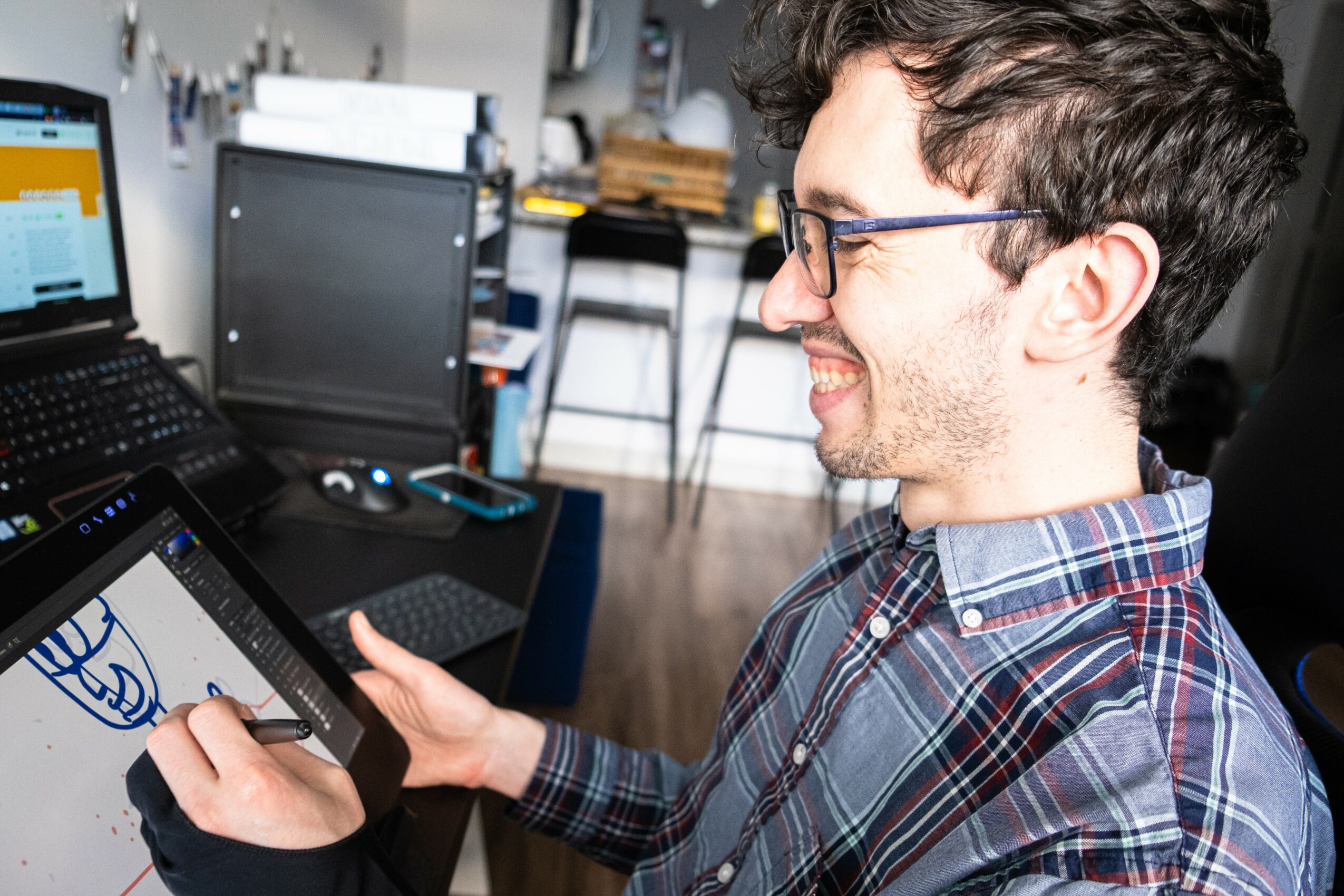 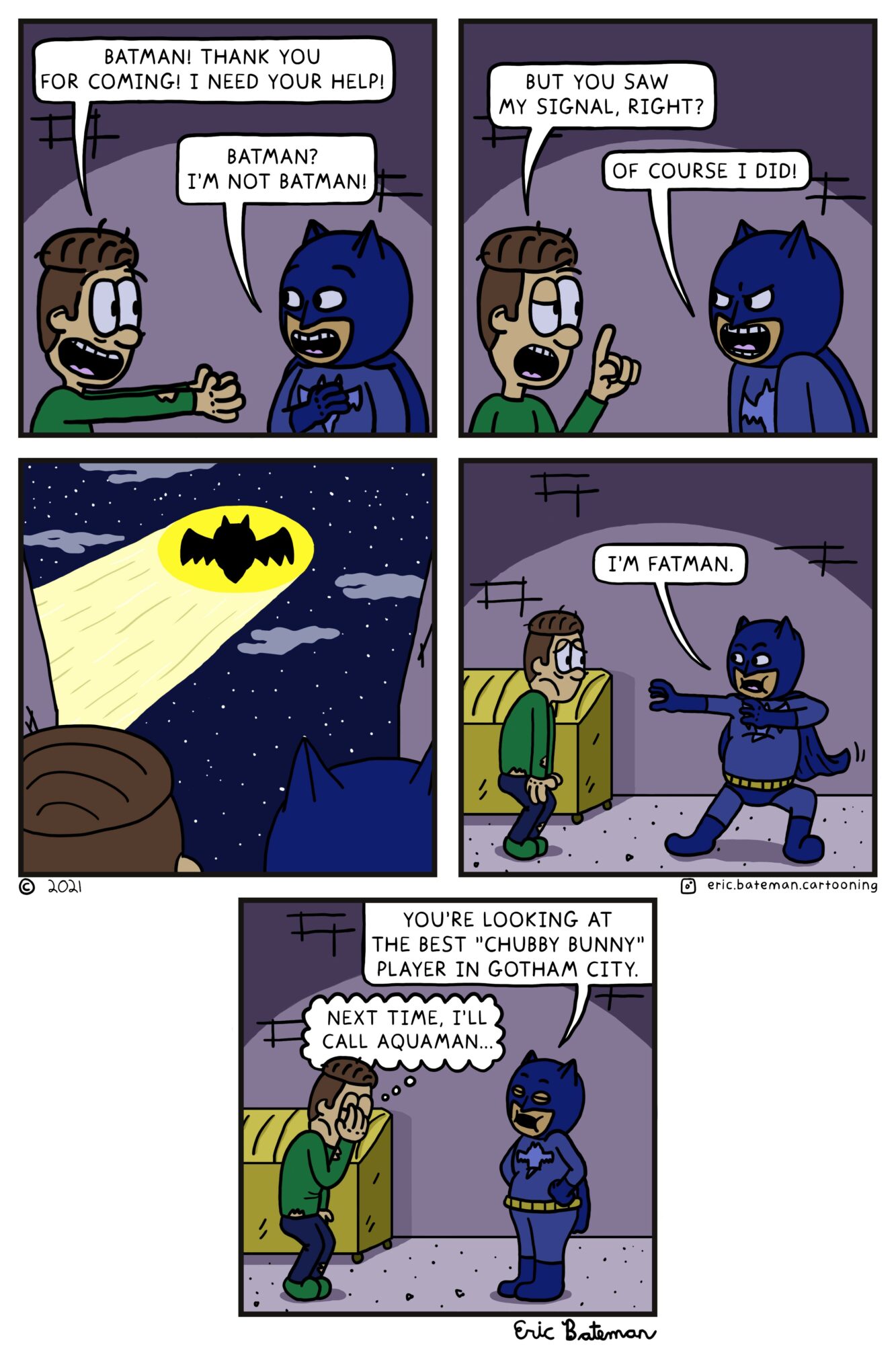 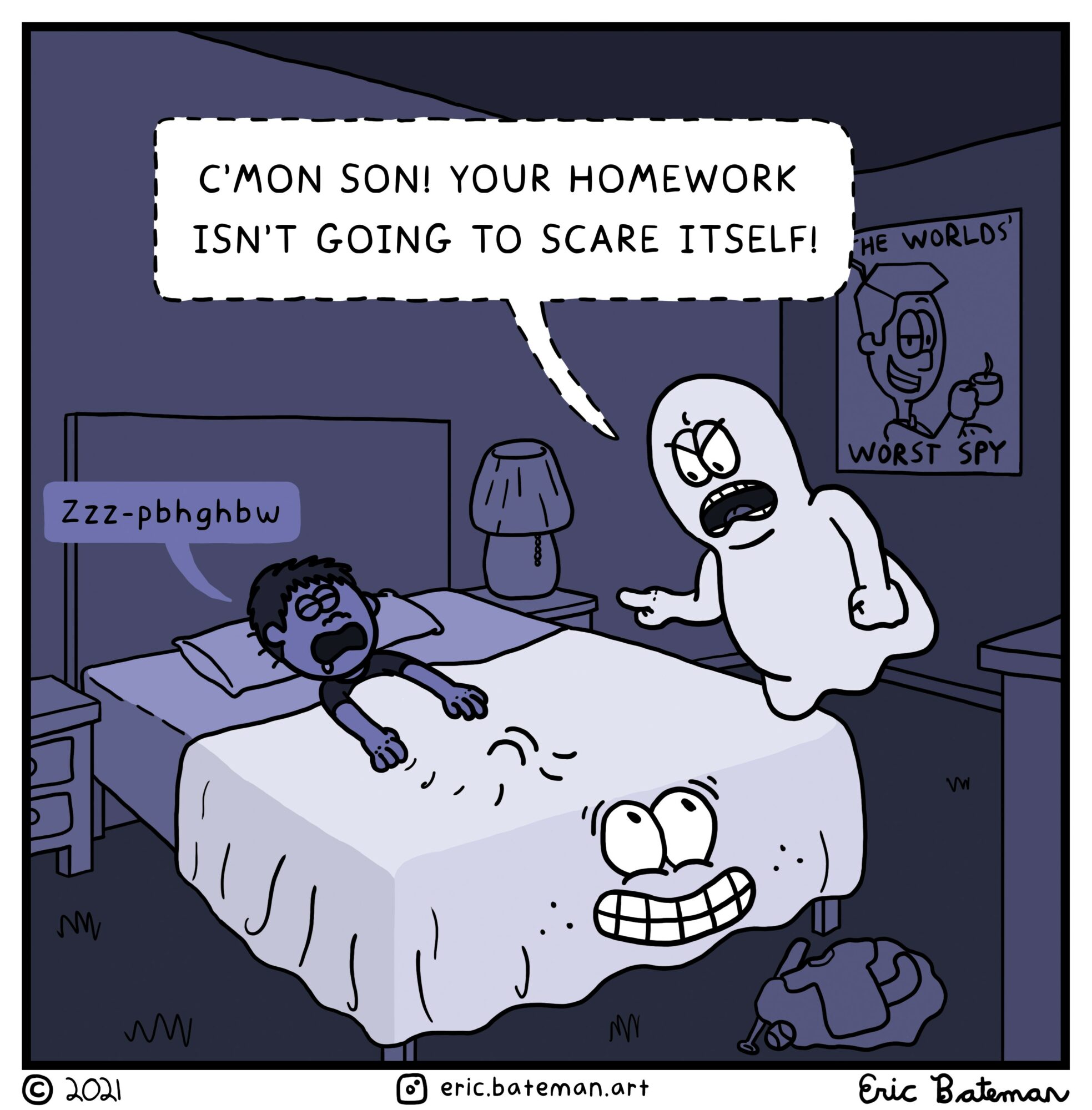 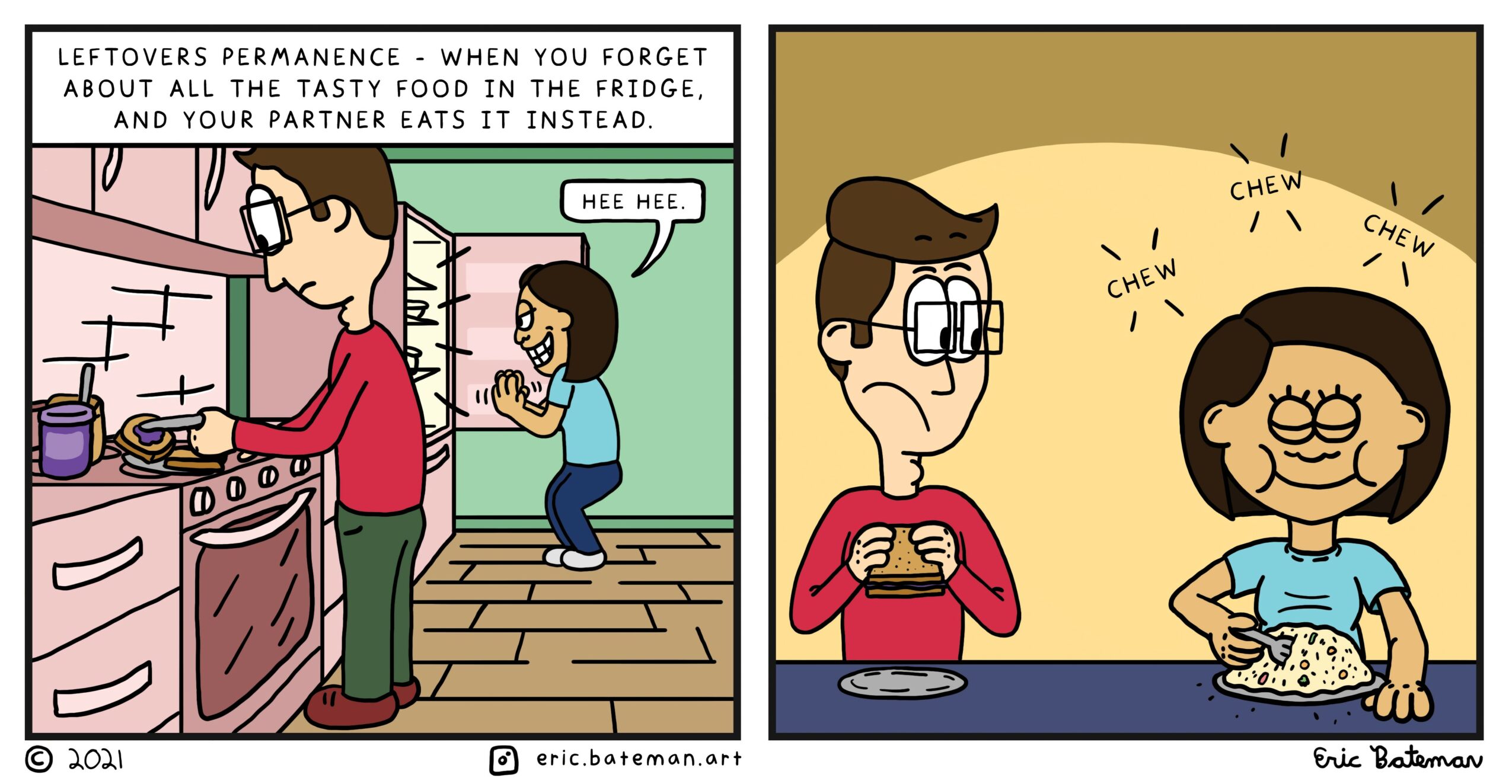 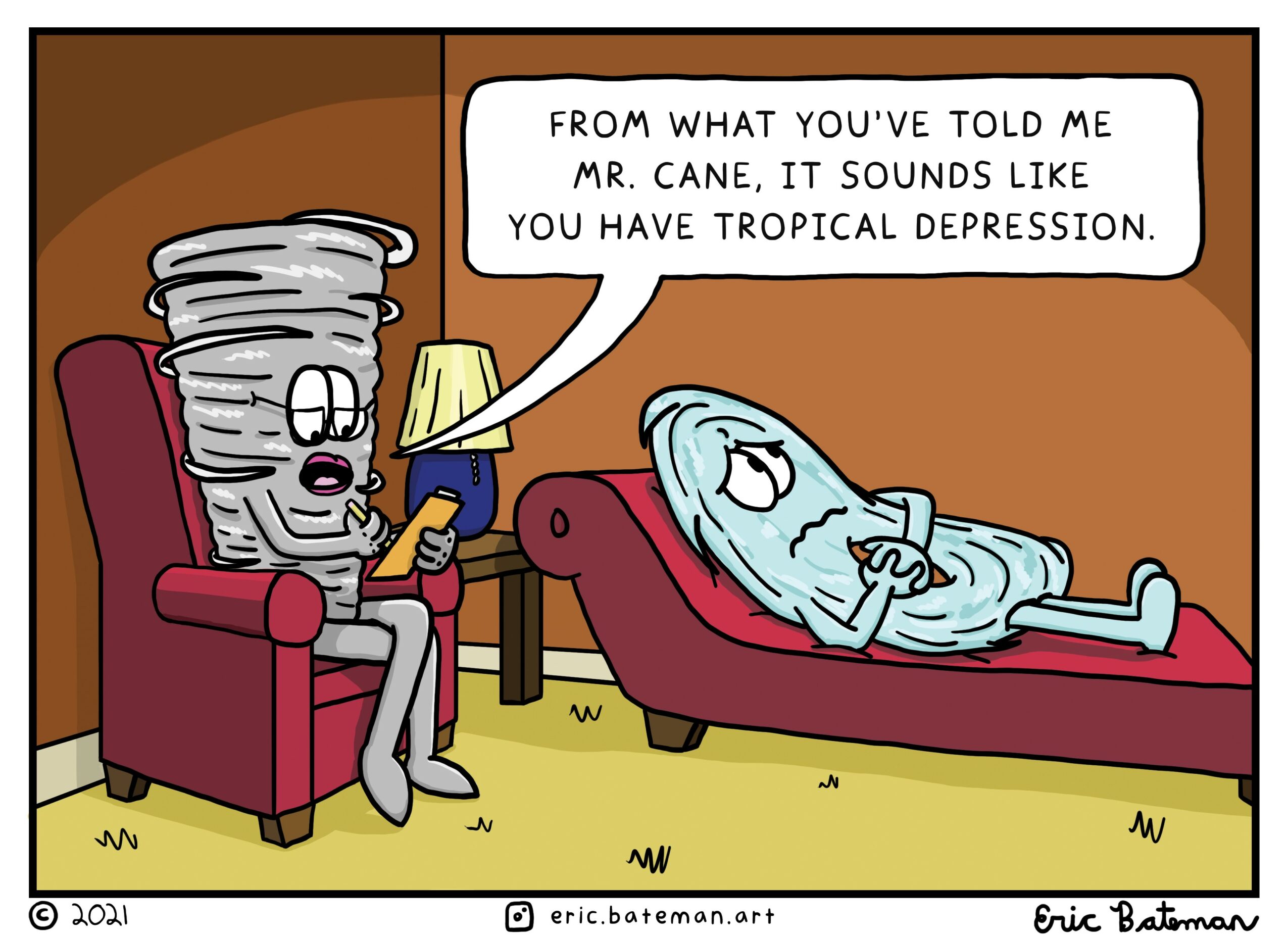