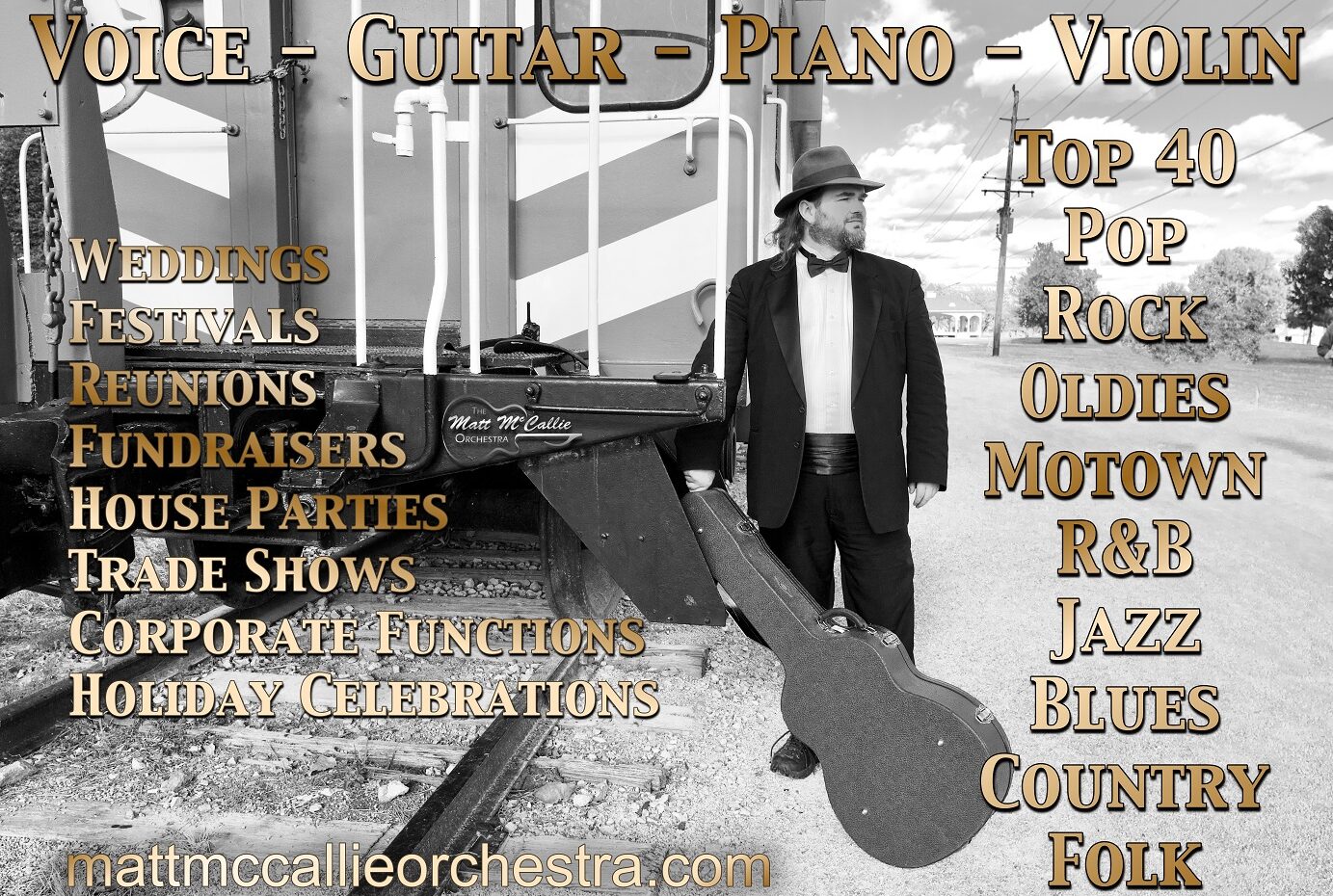 Today we’d like to introduce you to Matt McCallie.

Hi Matt, we’re thrilled to have a chance to learn your story today. So, before we get into specifics, maybe you can briefly walk us through how you got to where you are today?
When I moved back to the St. Louis area in 2010, most recently from teaching music in Alaska, I joined multiple ensembles like big bands, blues, Motown and rock bands, played in pit and stage orchestras, and sang in an African choir. Despite putting a great deal of effort into each project, none showed long-term career type potential and some bands never even played any paying gigs. While I had wanted to someday lead a big band of my own, it was other local musicians who urged me to create a new band. They wanted to perform music they loved that was both fun and challenging. And they wanted to entertain audiences who would enjoy their art enough to pay professional rates.

There were many challenges. One was that there were already long-established bands in the area with great name recognition booking pretty much every opportunity my musicians wanted. Another challenge was coming up with the actual notes on the page, sheet music for the musicians to play. We needed parts for vocals, horns, rhythm section and string players. Thanks to the efforts of the musicians in my new band, we were able to connect with a lot of other great musicians and we pooled together a large library of great arrangements and were soon creating a sound unlike any other local groups. But we still struggled as I, the unemployed musician, took on all the financial, booking and arranging duties the new orchestra demanded. The work it took was well beyond a single full-time job.

Now, a decade later, the same struggles exist but we’ve managed to not only last but to stand out as the most versatile band around. The amount of work it takes to maintain our edge is still beyond what any single human can accomplish but we cover a couple thousand songs with ensembles of any size available from a soloist to around a hundred musicians.

Alright, so let’s dig a little deeper into the story – has it been an easy path overall and if not, what were the challenges you’ve had to overcome?
Becoming an agent for dozens of musicians was a job I never sought but the pressure to help them feed their families is a strong motivator. The costs of running an orchestra greatly outweigh the profits. Without a day job, nor the ability to work due to my being crippled, the band has no funding other than its own earnings, which isn’t nearly enough. Many bands pay less but musicians keep wanting to be paid more.

The financial factor is one that could be solved a couple of ways. If we had merchandise and CDs to sell at our shows that would help. To do that, we’d mostly need to play public shows that pay next to nothing, especially when divvying earnings amongst a larger number of musicians. My musicians overwhelmingly chose to play fewer but higher-paying gigs so I’ve been stuck without that option.

Likely, what would best increase earnings would be to put more focus into original music, but clients almost always want familiar covers they and their friends and families know and love and want to dance to. An understandable predicament and since I’ve chosen to operate this business so client-oriented, instead of focusing on our own art, we rarely have opportunities to perform or market original material.

Another challenge is that we started as mostly a big band playing jazz standards and some Motown, soul, blues, and R&B classics. But clients increasingly wanted more rock, pop and Top 40. Then, they wanted more country, then more disco, bluegrass, folk, oldies, etc. We needed to keep diversifying more and more but there was no sheet music available for an orchestra to perform these client requests. Writing arrangements of all this music is a never-ending workload. Not only that, creating arrangements with the flexibility to be performed as just a singer/guitar player or singer/pianist, string quartet, solo violinist, small horn band, large orchestra, etc. is a challenge unique to this band.

Perhaps my most insurmountable challenges are my physical disabilities. I live in constant pain with limited motion. Simply carrying a guitar to a gig is very difficult. Fortunately, I have a roadie now working most of my smaller gigs with me named Munchkin. He’s an Alaskan Malamute who is a federally registered service dog. He is incredibly strong, patient, and loves to work. We play a lot of awkward makeshift stages in backyards and living rooms, and sometimes up steep staircases to balconies that make it hard for him to do as much as he otherwise could but in almost all circumstances, he is able to save me at least a couple trips between the truck and the stage.

As you know, we’re big fans of you and your work. For our readers who might not be as familiar what can you tell them about what you do?
A couple of the most common questions people ask about what I do are about where we usually perform and what our performances are like. Non-musicians often expect that they can come see us play regularly at some specific bar, club, restaurant, or winery. When they ask, they tell me they want to come to more of our performances. It can be hard for them to understand that we rarely entertain the same venues twice because we are always playing different events for different clients. To answer the question of what our shows are like, every single performance we do is totally customized. We have never, not even once in the past decade, played the same setlist twice. We often provide different songs, genres, instruments, and even different musicians. We sometimes have as many as three ensembles performing simultaneously even in multiple states. One might be a string quartet playing pop music. Another could be a classical violinist and pianist in a church. Another could be a redneck BBQ as a singer/guitar player covering classic rock, country, and bluegrass.

Hard to say that we’re really known for any one thing. Most bands would be incapable of even attempting this versatility and doing it with consistent authenticity is perhaps what sets us even more apart from most local bands. And there are other local big bands, but none have a strings section full time. That’s mainly because there isn’t much sheet music available and you can expect to pay a couple hundred dollars to buy it per song when you can find it, hoping that the transcriptions/arrangements are decently written.

While my skills may be less known to the public, what musicians probably know me for are my skills as an arranger and composer, professionalism, and perhaps my performing abilities. Musicians and audiences tend to compliment my vocal skills. And I have my own fingerstyle guitar technique but even most musicians don’t realize that unless they play guitar themselves.

Most of our gigs are three and four hours long and singing in front of a large band for that many hours is something few of even the world’s most famous singers can pull off on a regular basis. That, and I self-accompany, almost always singing and playing either guitar or piano at the same time. This really aids my ability to lead my bands and keep songs driven strong beginning to end.

My preference, however, would be to hand over the instrumental reigns more often so I could focus on just vocals during more performances. But that would mean having to write out more of those accompaniment parts and having to hire more musicians. Another aspiration is to someday transition to having my original music be more in demand than covers.

What sort of changes are you expecting over the next 5-10 years?
The music industry has been struggling to adapt to the fact that few people still buy entire albums, and most purchases are digital sales. Streaming platforms have become the most consumed source of music. What was for decades the greatest source of income for recording artists, songwriters, and record companies may barely still exist a decade from now.

The Matt McCallie Orchestra has yet to release any CDs or any recordings for sale at all so our business has relied on what recording artists are now having to shift toward, focusing on live shows. It is in the live performances that we thrive, interacting with the audience, giving the best sound quality possible-in person.

The pandemic brought live concerts and tours to a halt. In March alone I had been hired to play guitar for a musical at Webster University and had at least ten engagements for that month alone disappear. Musicians, literal gig workers, lost more job opportunities than most types of employment. If the world can’t maintain live performances, profitable music opportunities will be compressed to a small fraction of what we’ve known and enjoyed for most of our lives. Even a televised concert cannot transmit the full audio spectrum of being present for a performance, which is why audiences connect such strong feelings to concerts they’ve attended. It is on us, the musicians, to keep these experiences alive and in demand by not just being skilled at our instruments but by providing memorable moments. 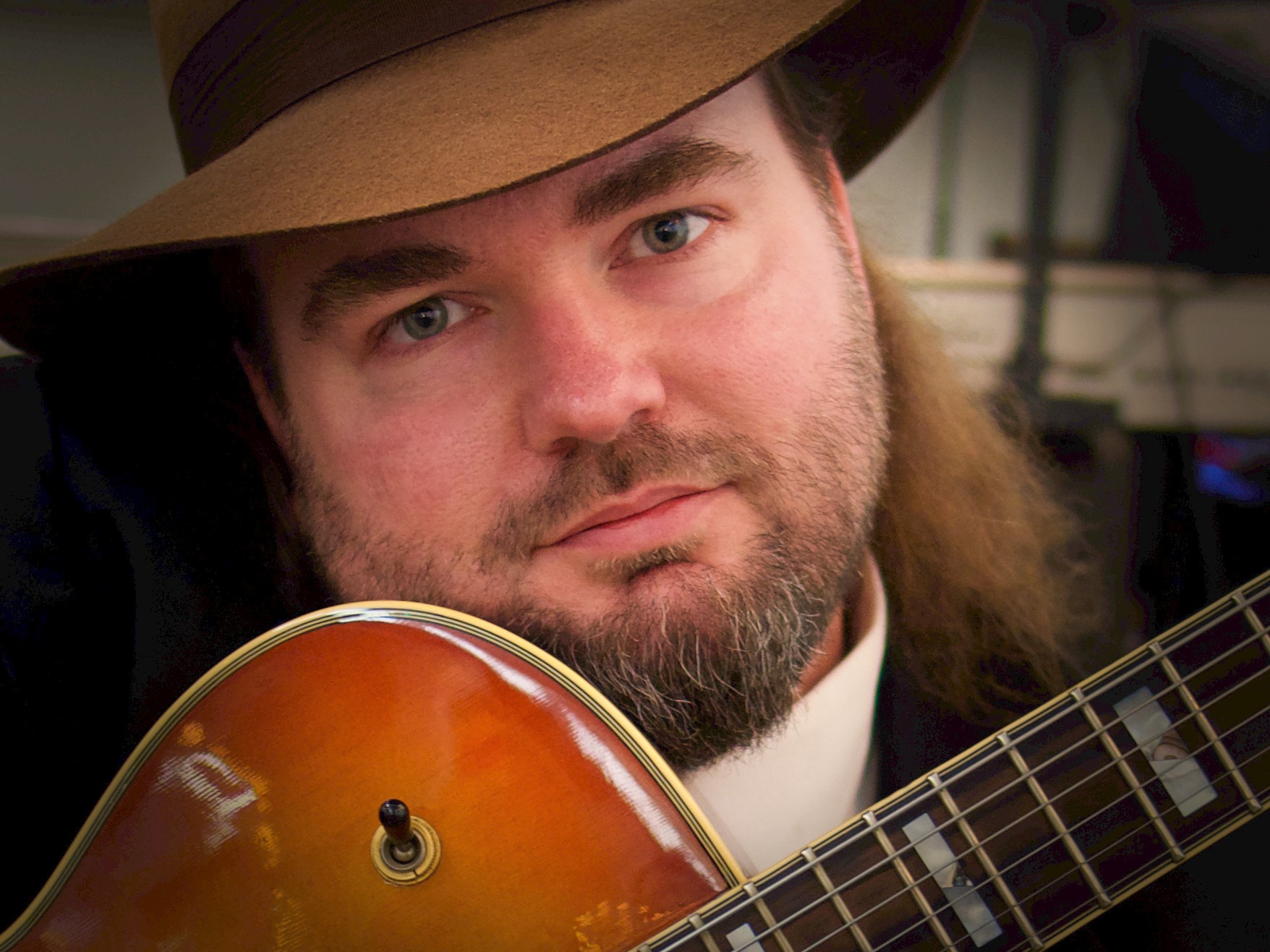 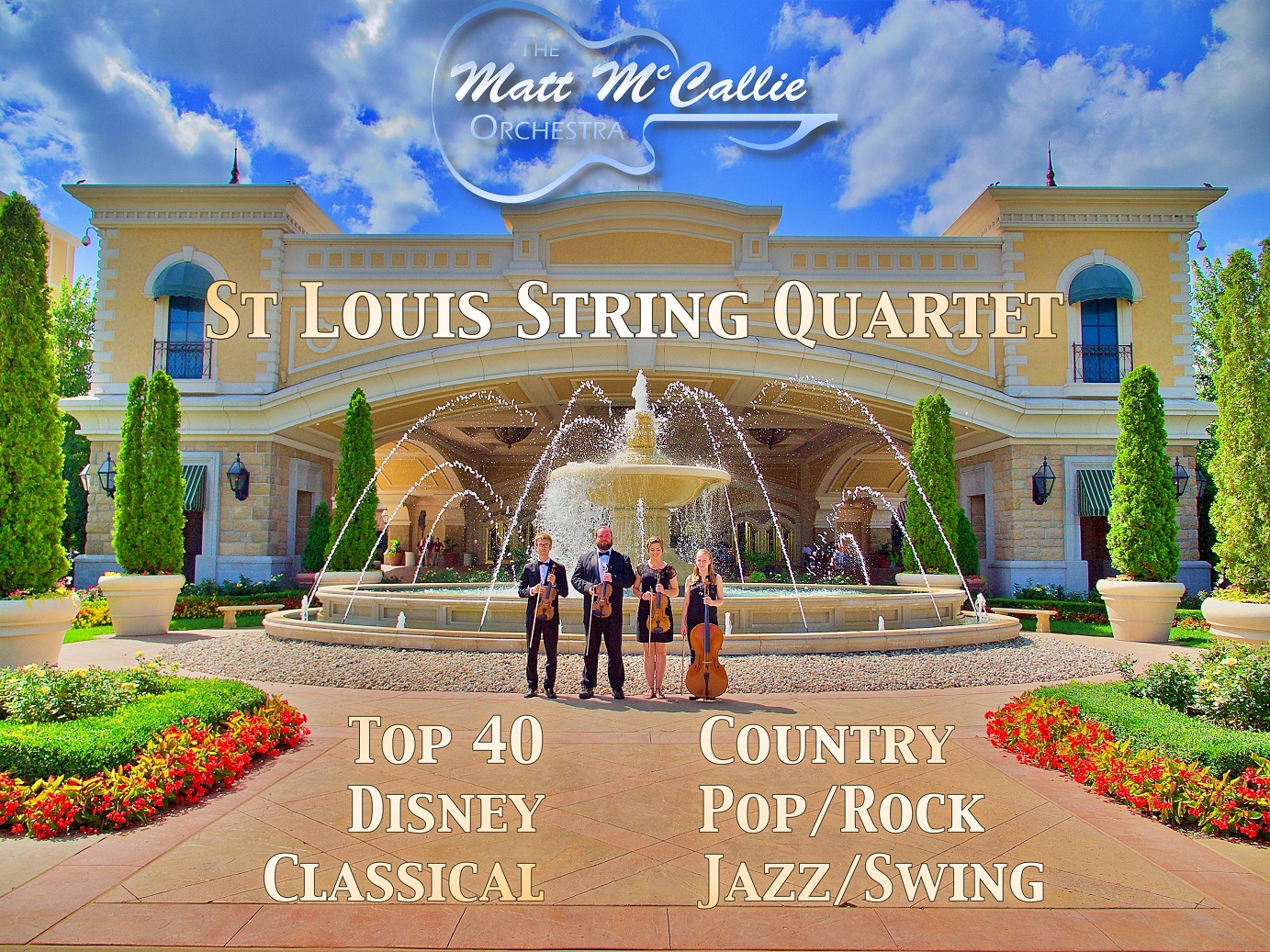 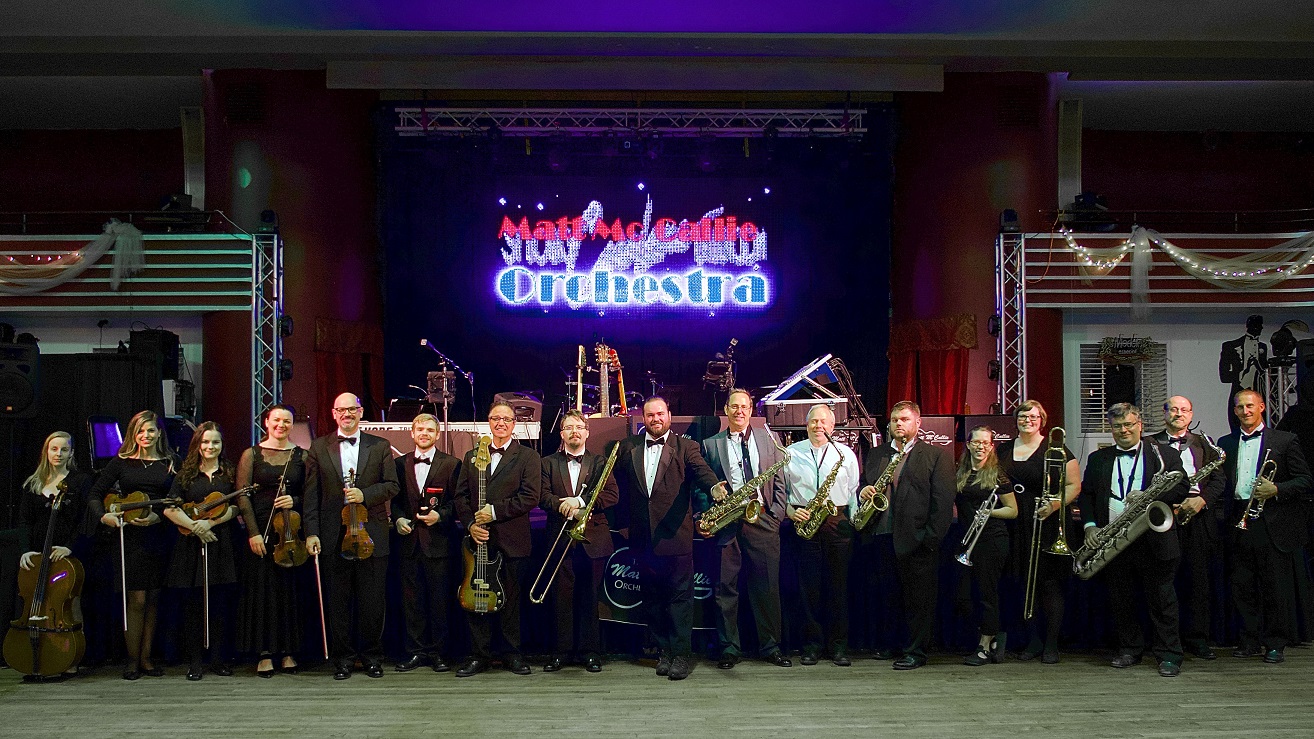 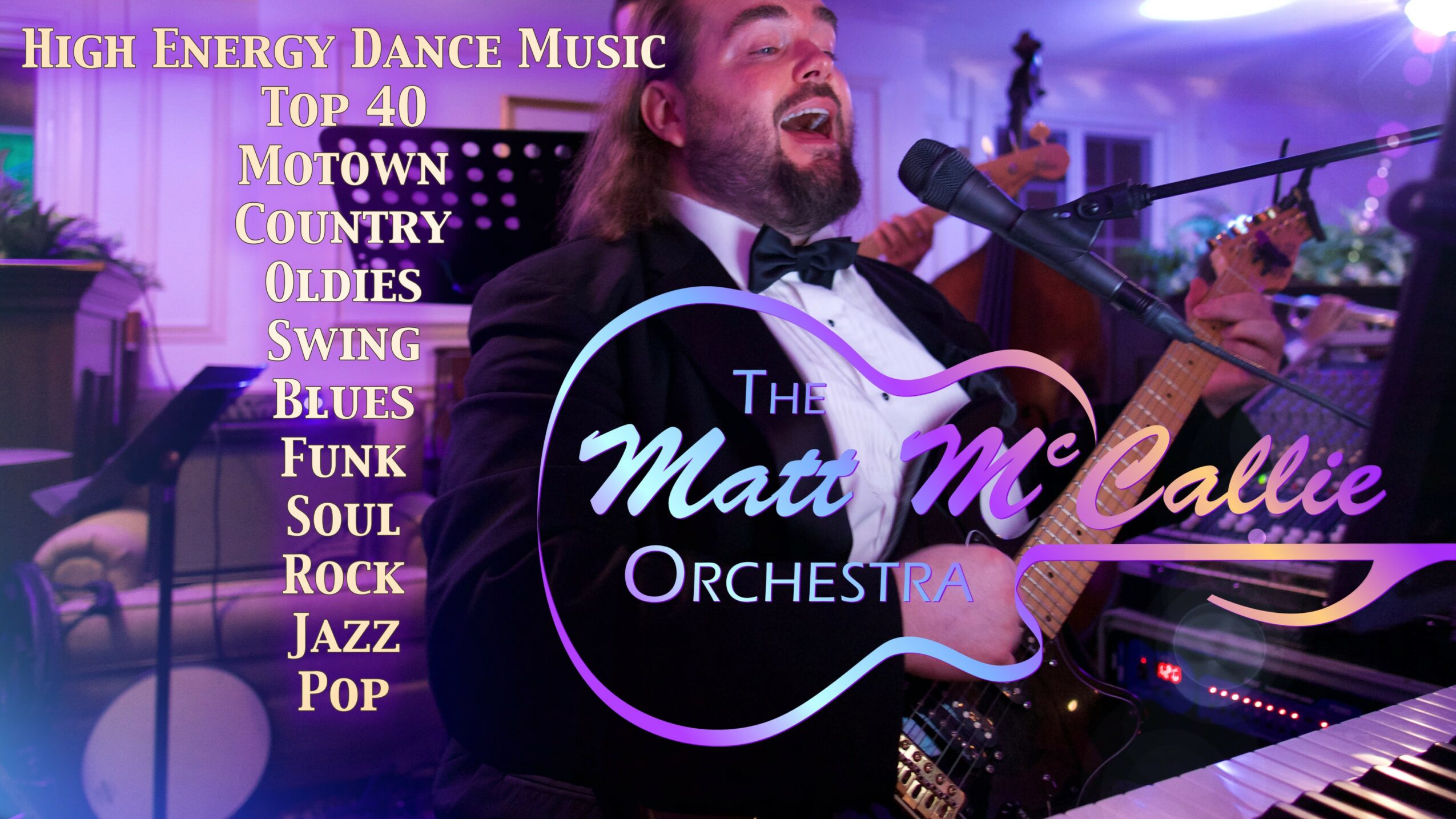 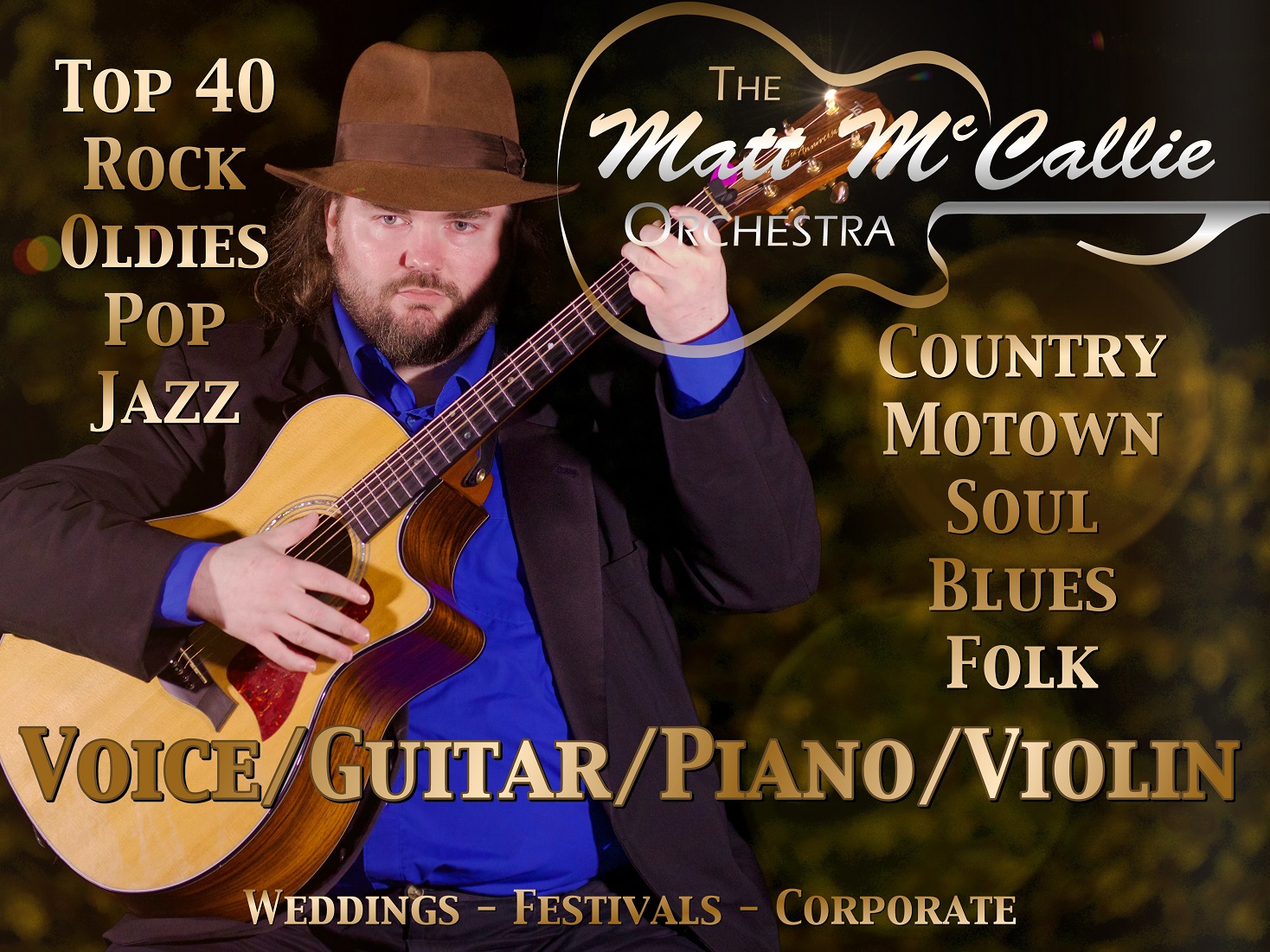 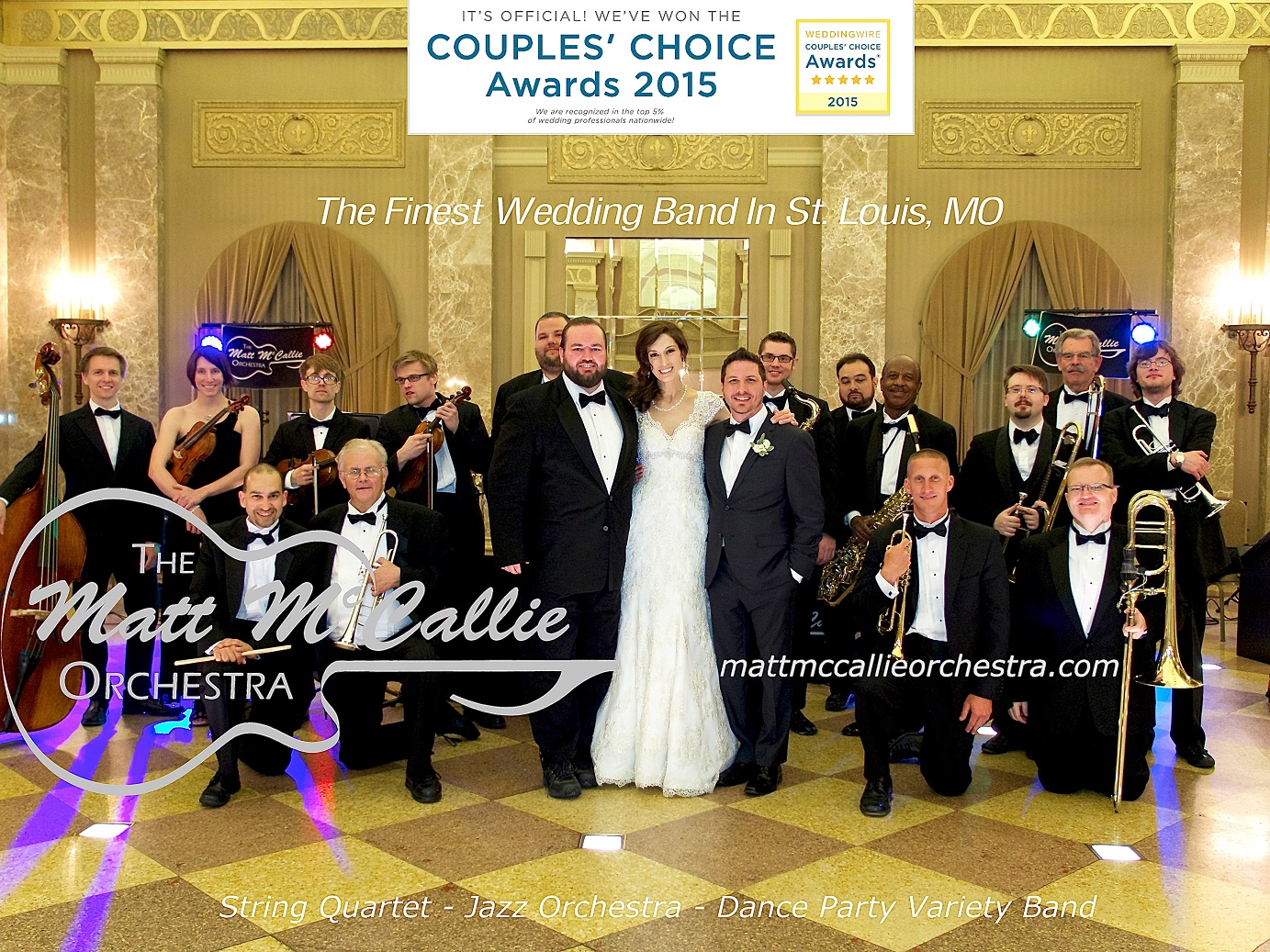 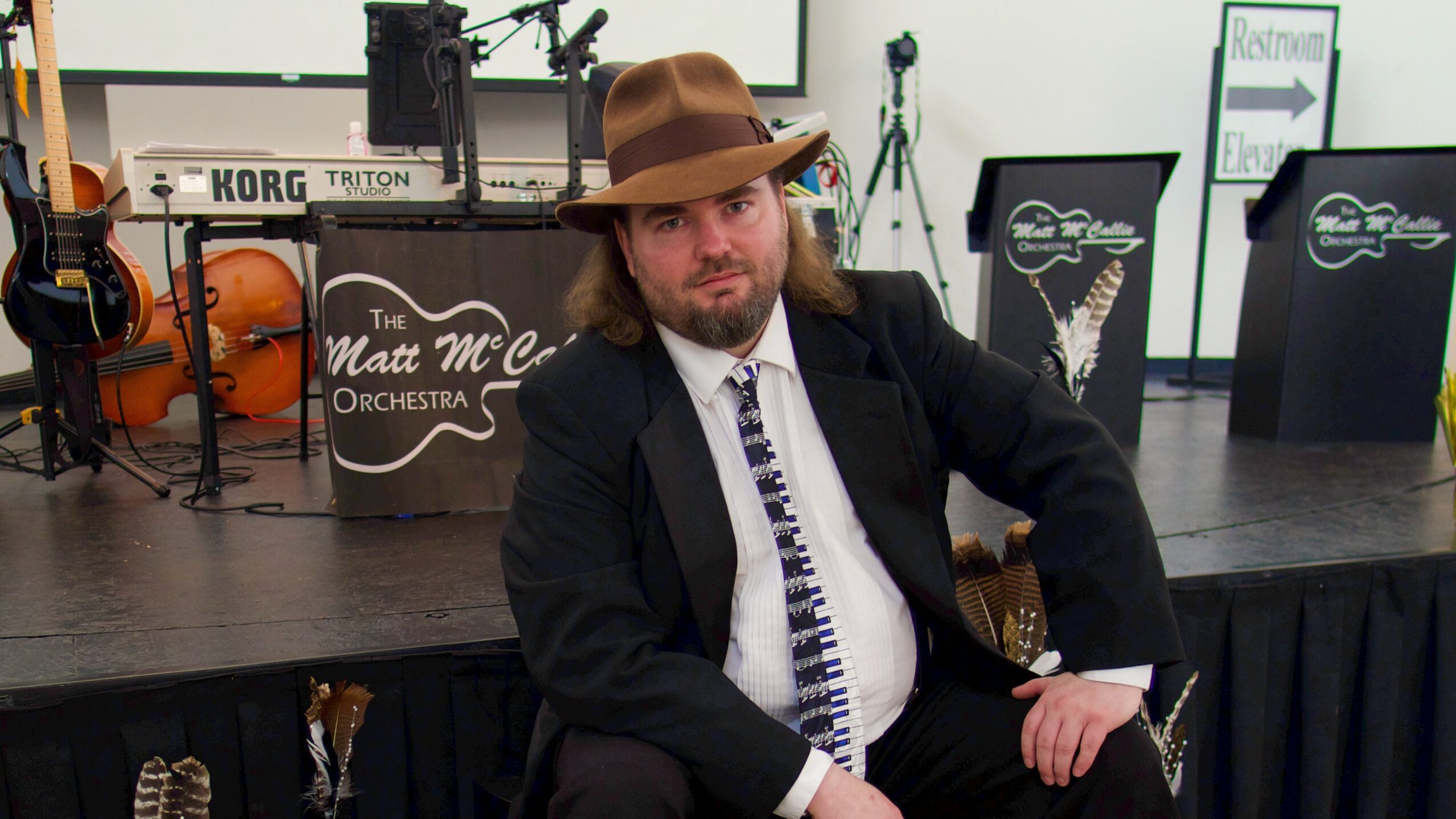 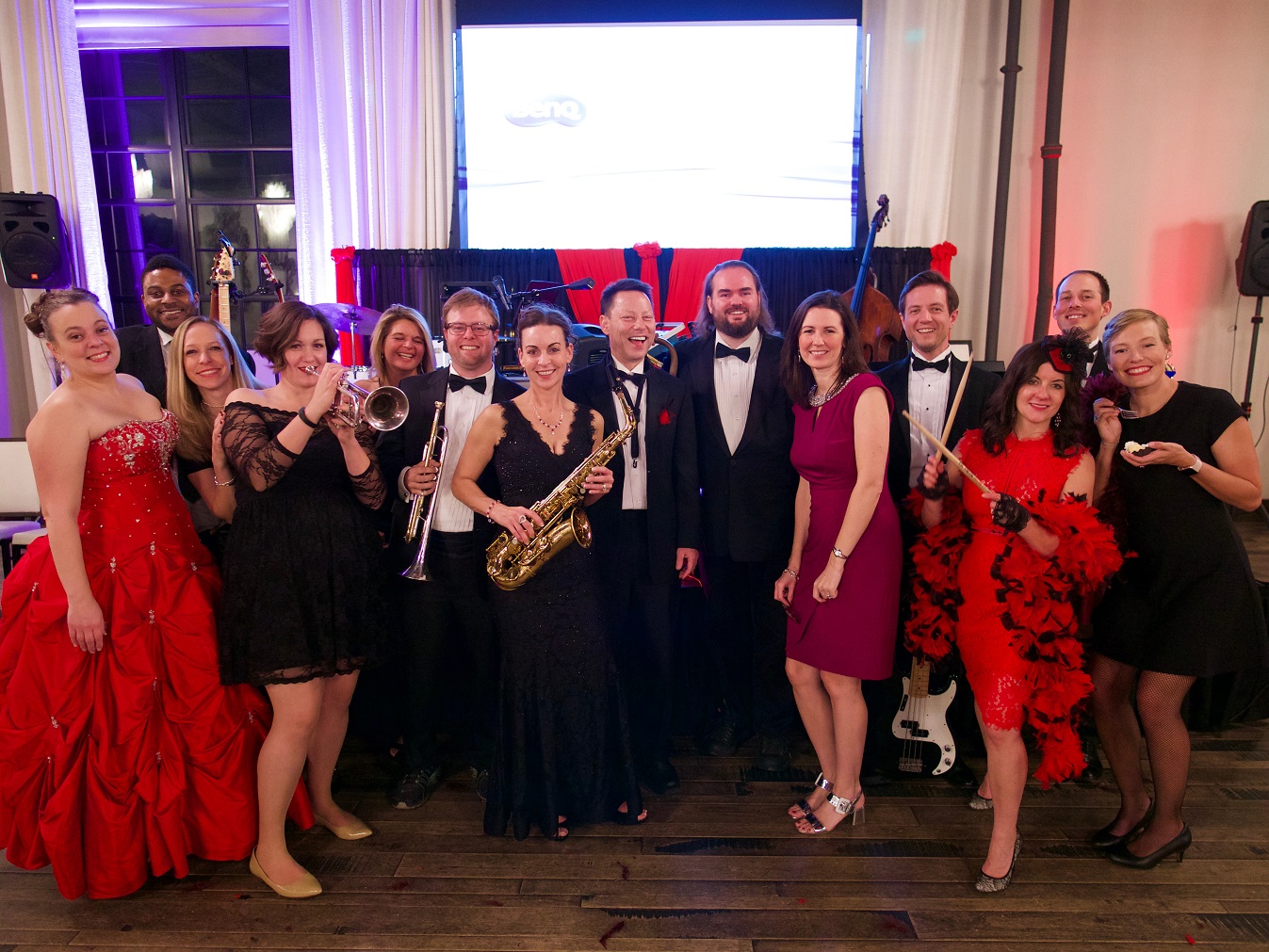