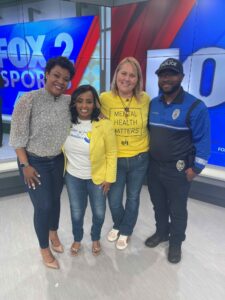 Today we’d like to introduce you to Sally Desu.

Hi Sally, can you start by introducing yourself? We’d love to learn more about how you got to where you are today.
My name is Sally Desu, I am the founder of Gleam of Hope Community. My son went away to college only to return a semester later kicked out of school. He returned home a different person, and I had no clue what had happened. I suspected there were many factors but what it actually was. I thought he may have been lashing out since he lived a sheltered life to possible drug use. The extreme behavior changes continued until I no longer recognized my child. His behavior eventually got him admitted to the hospital for evaluation at age 18. Fast forward, he is now 21 and was diagnosed with a mental illness (schizoaffective bipolar disorder). I spent months trying to get help because he was considered an adult. 2. There were very few resources and one closed door after another trying to navigate mental health resources. After finally getting my son the help as he complied with meds. I decided to start a monthly support group for parents and a quarterly “panel of experts,” as I like to call them, so that experienced professionals could offer support to parents/caregivers. I did not want others to experience hopelessness; I did try to find help and get support. I found it even harder for people of color to get the needed resources. Because I found an awesome group of resources, I asked them to be a part of my panel to provide help/answer questions for the community.

I am so thankful for the resources that have helped me personally with my son but have also taken time out of their schedule to come out to the group meetings to be onsite resources.

Can you talk to us about the challenges and lessons you’ve learned along the way? Would you say it’s been easy or smooth in retrospect?
The path was a tough one to navigate. There were so many sleepless nights, anxiety, tears, and hopelessness about not being able to help someone you love. Along the way, you feel like you are the only one going through it, and nobody understands. The pain got unbearable at times, and I would be lying if I did not want to give up on so many occasions when I thought things were getting worse by the day, not to mention the lack of resources out there.

Alright, so let’s switch gears a bit and talk business. What should we know about your work?
I am the founder of Gleam of Hope Community Support Group. My son, now 21, developed severe mental illness symptoms while in college and returned home just a semester later. He was displaying extreme behavior changes that I had never witnessed. He was extremely agitated, disrespectful, and verbally aggressive, eventually becoming paranoid. At the time, I suspected drugs influenced why he was acting so differently, but it was not the case. His behavior worsened, and he started reacting irrationally. He displayed destructive behavior as days, weeks, and months passed by. He started driving recklessly and was involved in altercations with authorities and strangers. He was involved in multiple car accidents; he was arrested four times in a year and a half. I was even forced to obtain a restraining order against my son.

I started googling his symptoms and found many possibilities, but several sites lead to mental illness symptoms. After months of frustrating diagnoses, multiple hospitals stays, and discharge, he was diagnosed with schizoaffective bipolar disorder. Schizoaffective disorder is a mental health disorder marked by a combination of schizophrenia symptoms, such as hallucinations or delusions, and mood disorder symptoms, such as depression or mania. He initially rejected the diagnosis and refused medication. He believed that there was nothing wrong with him and it was everyone else with the problem. After several months of constant pleading and arguing and finally forced me to stop helping him, and as he experienced temporary homelessness, he agreed to take medications. In the meantime, I attended many NAMI ( National alliance of mental illness) peer support groups which helped tremendously. I, however, was the only person of color. I then found an organization called Places for People that helped people suffering from mental illness. I got the help I needed for my son, and they were also there to help me with the next steps and how I could help my son. In the two years of navigating through the crisis. I was blessed to have a police department that went above and beyond even during my son’s psychosis. They drove him to the hospital and allowed me to follow. After my son was med-compliant for months and still is today, I noticed how much he had improved. I felt it was time for me to help other families. I started a monthly support group in May 2022 for parents and caregivers of adult children with mental illness.

Although all are welcome, I decided to focus on adults because the law states that they are adults at 18, and it is tough to get help. I then decided to hold a panel of experts for quarterly meetings so that others could ask questions and get resources onsite during the meetings. The first meeting consisted of a panel of Places for People outreach coordinator and a psychiatrist that spoke on mental illness diagnosis, medications, and side effects. I also included a police officer that educated the audience on what to say when you contact authorities if their loved ones had a psychosis episode. My next meeting is on 9/14, and I have added a licensed therapist specializing in mental health. What I believe is different from other support groups is that there is no support group with onsite resources ready to help the community. I wanted to start a group because I wanted others to know that there is light at the end of the tunnel. If I started it, I felt it would encourage more people of color to attend and get the help and resources they need for their loved ones. I also found a location that I believed was centrally located. The meetings are every second Wednesday of each month, followed by a quarterly panel of experts meeting free to the public. I also published my first book, “A Gleam of Hope, ” which details my mental illness journey and my unwavering faith that helped me finally see a gleam of hope, so I wanted to offer others the same hope.

So maybe we end by discussing what matters most to you and why?
What matters most is stopping the mental illness stigma, especially in our black communities. It is vital to me that our community not only gets educated about mental illness but also learns about the available resources, although limited to help get the help they need for their loved ones. It is so important to me because I deeply feel that my assignment on earth has always been to help others but now I know specifically it is in mental illness and to bring awareness. 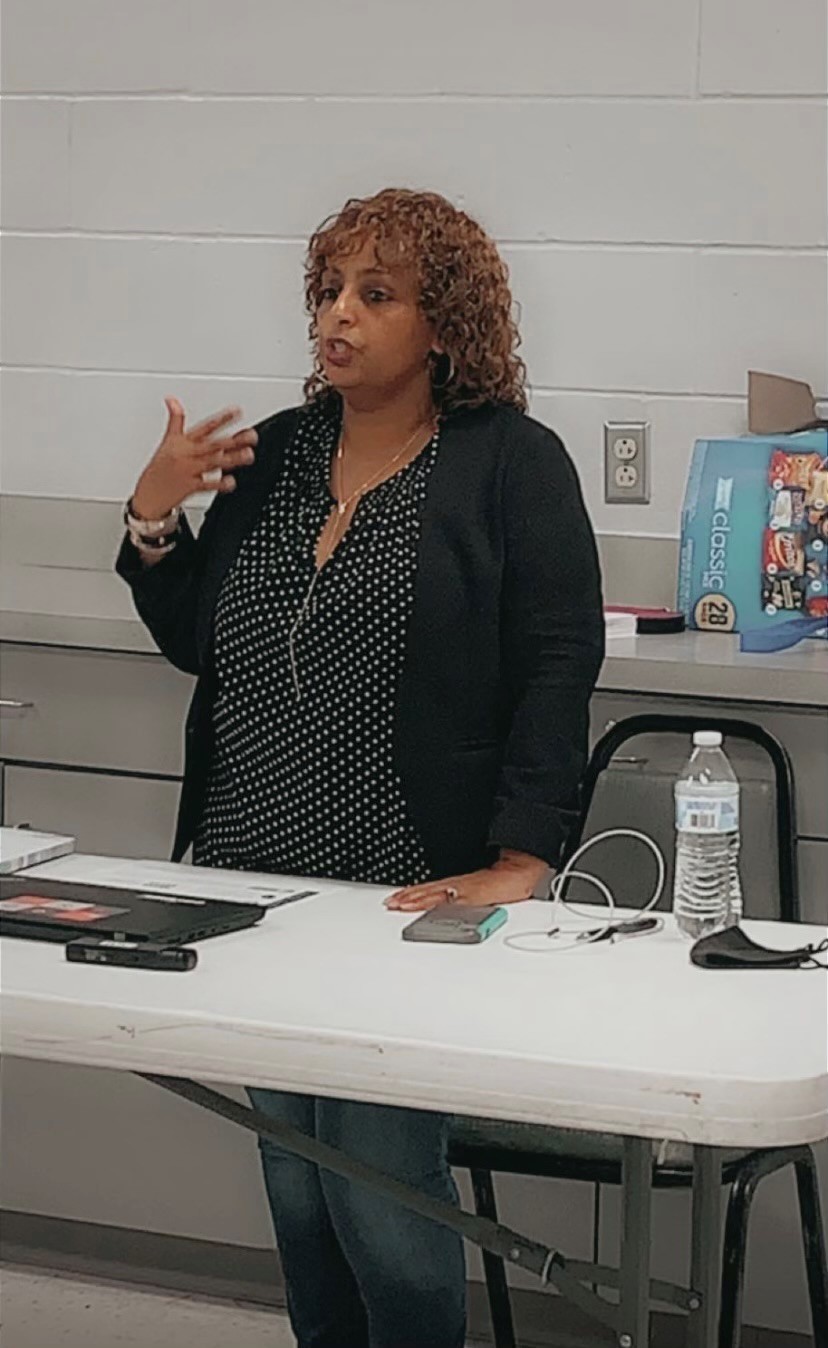 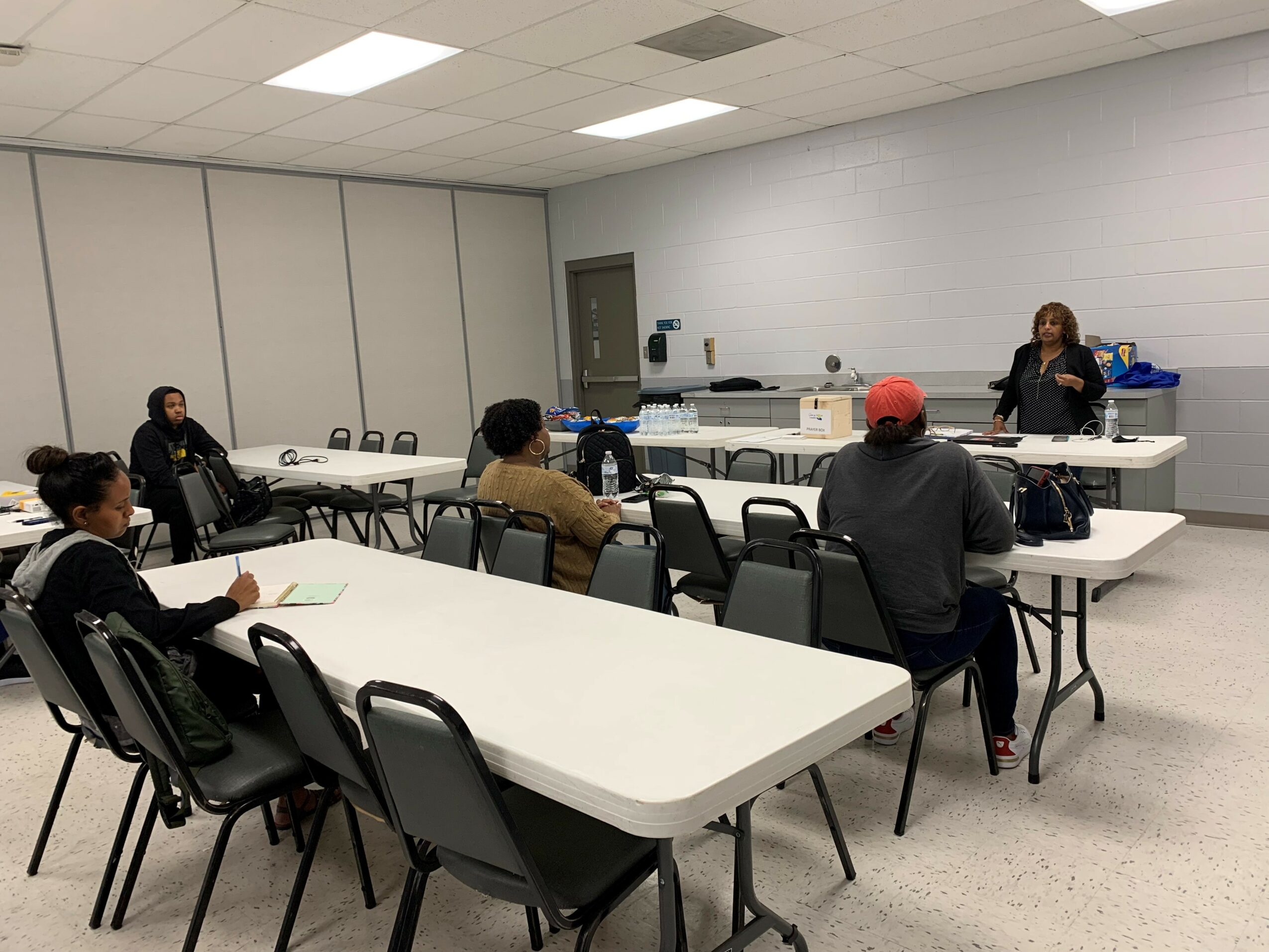 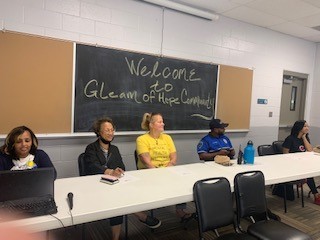 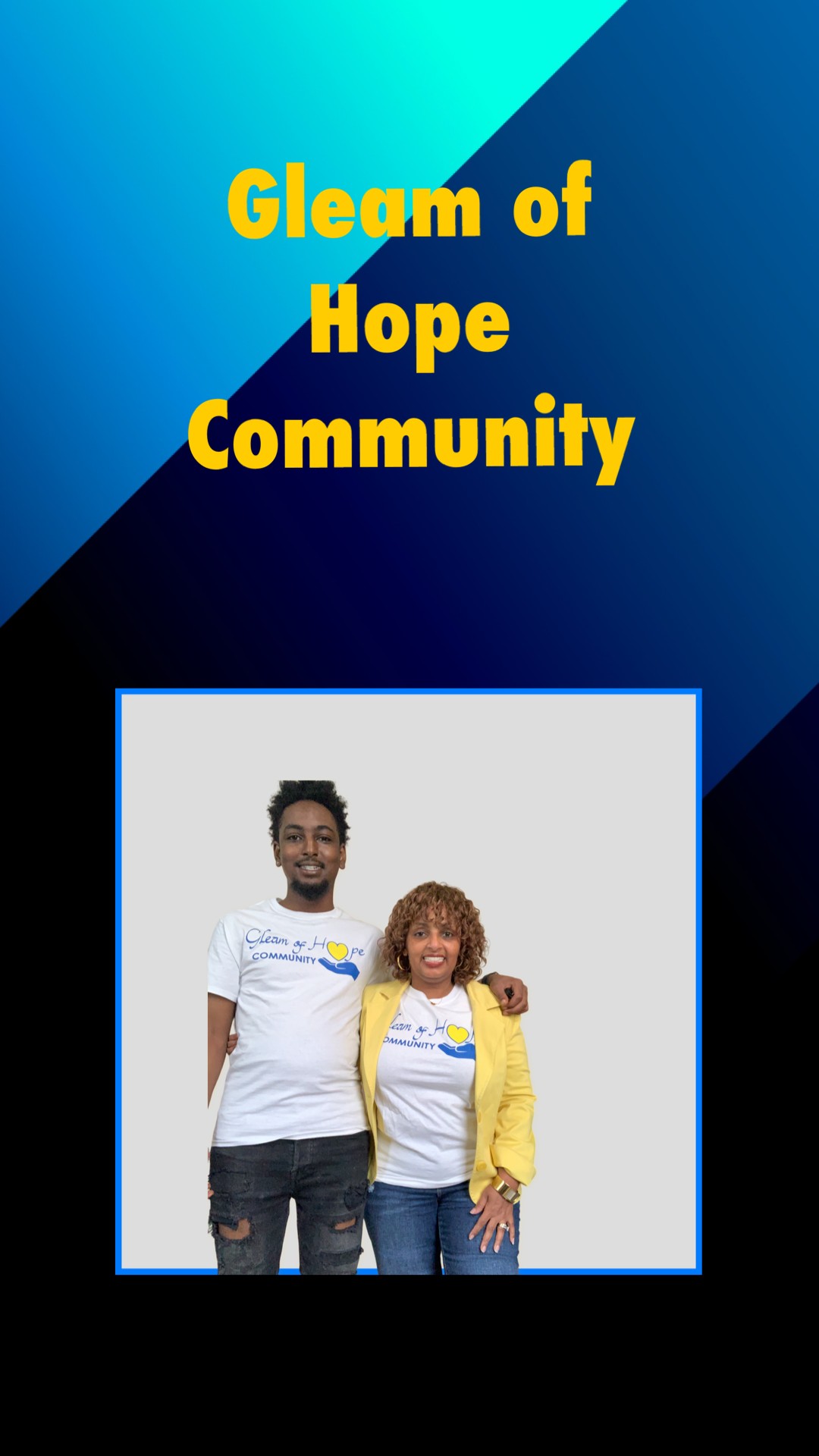 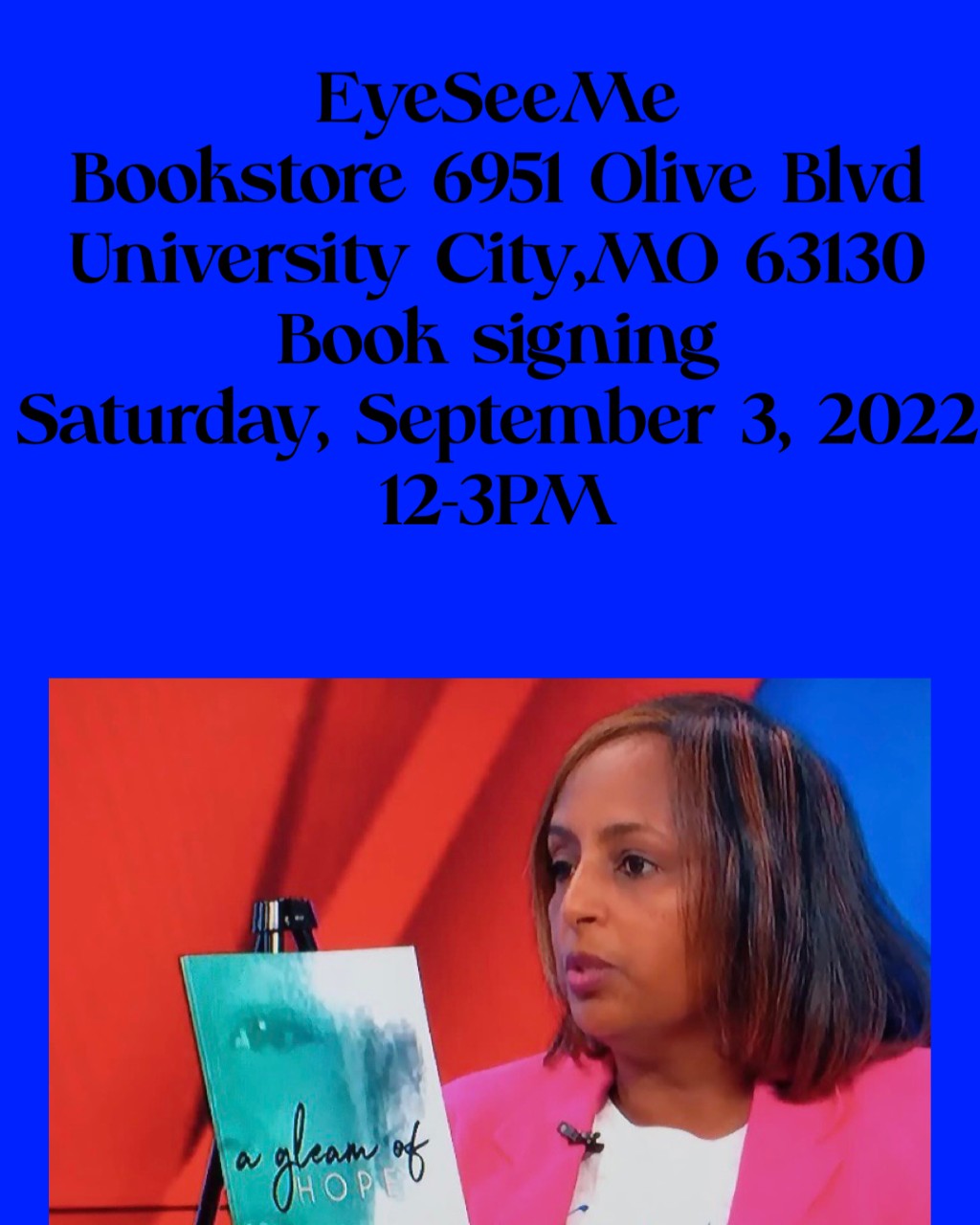 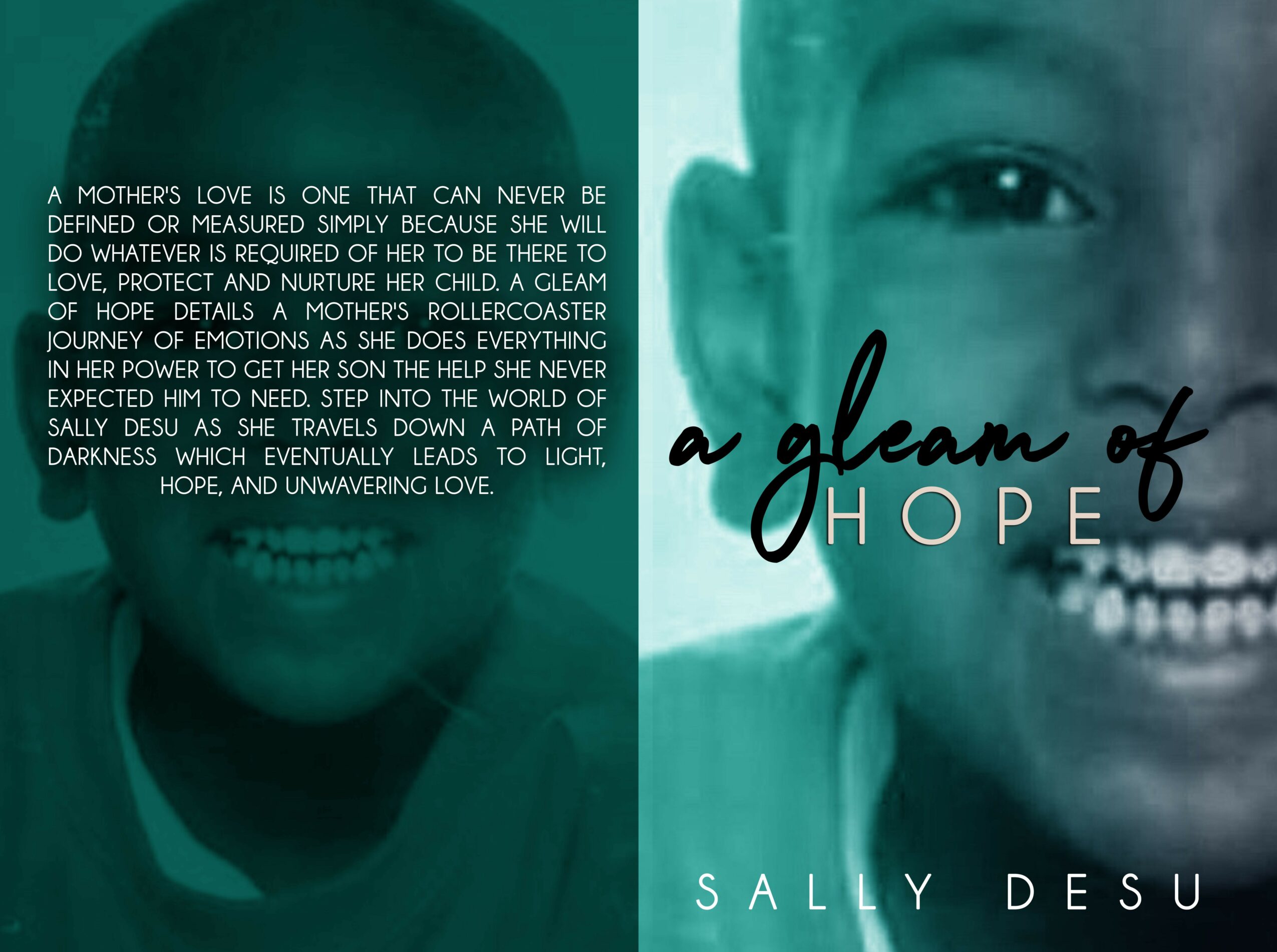