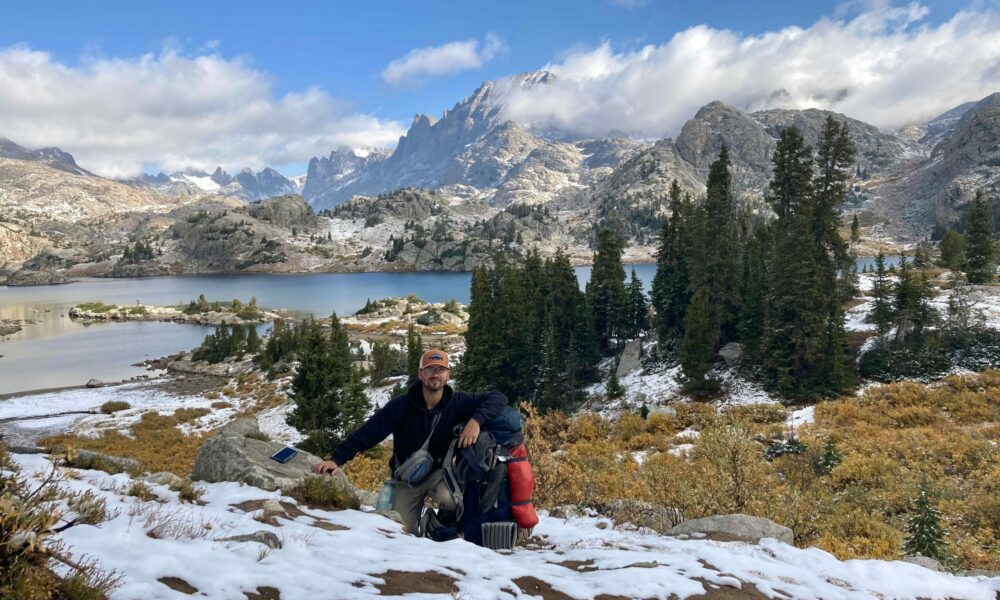 Today we’d like to introduce you to Andrew Clubb.

Hi Andrew, it’s an honor to have you on the platform. Thanks for taking the time to share your story with us – to start, maybe you can share some of your backstories with our readers?
Born and raised in the St. Louis area, I grew up next to Castlewood State Park. One of my classmates was the son of the park superintendent, so our bus would drive through the park every morning, from elementary school to high school. This daily route would fill my childlike sense of wonder with still, silent images of white-tailed deer and morning mist hovering over tall grass or in the surrounding woodland. It was almost like growing up in Aldo Leopold’s “Sand County Almanac” or a Wendell Berry poem, watching the seasons change–just not nearly as poetic at the time.

The least poetic (or most, depending on whose opinion you lend an ear to) time of my life was in high school. I did a 180 and went from being a good student and active in sports to being uncontrollably rebellious during my senior year. Truthfully, I was nearly expelled at one point for repeated offenses of “insubordination.” For whatever reason(s), I wanted to do my own thing. It’s simply what I valued at the time. This meant skipping school and going to the woods with friends. My education was my own, the world of my teacher. It felt, at the time, that I was blazing my trail through life, into my self-discovery and sense of being. As you can imagine, this approach to life carried forward into young adulthood, resulting in me dropping out of community college three or four times before finally accomplishing a degree.

However, before that, it wasn’t until I took an Intro to Philosophy class with Dr. Melissa Williams that I was fully captivated by a formal school setting again. She was such an engaging teacher and skilled facilitator of civil discussion, so much so that I decided to enroll in her environmental ethics class the following semester. Her lesson plan, so mature and well-executed, genuinely connected with that aforementioned childlike sense of mine and melded with the Thoreauvian sense of rebelliousness that developed in my teens. Because of her, I became involved in environmental activism and protest, getting engaged with local and national issues like the coal ash ponds near Labadie, budget cuts to St. Louis County Parks, and the Keystone XL Pipeline protest, to name a few.

At a certain point, I became somewhat jaded with protesting environmental issues. Some approaches were frankly too radical for my Midwestern sensibility and, as the world attests to today, couldn’t achieve our desired ends. In my opinion, some approaches just created bad publicity, too. My stubborn ass started poking holes in the world around me again, so I moved to make another dramatic shift in life. That opportunity came to me through my oldest sister, Stephanie, who shared a Craiglist ad for an AmeriCorps program in Minnesota: the Conservation Corps of Minnesota & Iowa. I would drop out (once again) to move to Fergus Falls, MN, about 45 minutes southeast of Fargo, ND.

There I met truly amazing, adventurous people from all over the country. Like, we all just dropped what we were doing in life and said, “I guess I’m moving to Fergus Falls.” We had experiences that I couldn’t have dreamed of before then. (An appropriate term for more than a handful of those experiences would be “Type 2 Fun”. For example, there was a time when five of us 20-plus-year-old men huddled in a huge tractor tire together in the middle of a farm field to hide from cold wind & rain. It was so miserable at the time but so cherished now.) The entire experience was about camaraderie and supporting public land managers as they stewarded beautiful spaces like St. Louis’ beloved Castlewood.

Fast forward a few years later, I graduated from Missouri State University at 27 with a degree in philosophy, community planning, and sustainability. Let me tell you: nobody hires a philosophy major–couldn’t find a job for my life. As fate would have it, however, an AmeriCorps program out of St. Louis was looking for a late hire for the season. This particular program, AmeriCorps St. Louis, is known for its emergency disaster response. I started in December 2017, about three months after Hurricane Maria struck Puerto Rico. Over the next year and a half, I would respond to eight natural disasters, including four Category 5 hurricanes, serving alongside FEMA, the American Red Cross, the United Methodists, and many more big-hearted individuals and organizations. These deployments were incredibly challenging for a variety of reasons. Still, they did equip me with project management skills, including logistics and coordination, as well as taught me valuable leadership skills in the face of adversity.

Every single one of these experiences led me to where I am today with the Open Space Council (OSC). Without them–without the camaraderie centered on the common Good–I would not be able to serve the community as I do now in my role as Conservation Program Manager with OSC. Today, it is an honor and a privilege to plan and coordinate volunteer support for Castlewood and the Missouri Department of Natural Resources staff. To boot, OSC was a leader in the formation of Castlewood State Park, which now draws more traffic than Big Bend National Park- roughly 750,000+ annual visitors. Life has come full circle for me, and I try to bring that gratitude to every volunteer opportunity that OSC is a part of.

I’m sure you wouldn’t say it’s been obstacle-free, but so far would you say the journey has been fairly smooth?
Of course not. However, admittedly, my life is more privileged than most. I’ve seen people suffer physically and mentally more than I ever have or could even imagine experiencing. Those images and interactions have stuck with me and still come to mind often in my daily life, so it is hard for me to elaborate on my struggles in any meaningful way.

That being said, my mom always told me two things. She said, “Andy, always be yourself and have a job.” Well, I sure was better at one of those than the other (primarily because of my dedication to the one I was naturally gifted at). In other words, due to my ridiculously fierce moralistic effort toward self-fulfillment, the greatest hardship has probably been the sojourning aspect of self-and social alienation. It has led me down dusty roads and up Himalayan mountaintops all by my lonesome–very sweet moments, but with only myself to witness and take in. To this point, Christopher McCandless’ words usually come to mind, written after reading Leo Tolstoy’s “Family Happiness” during his sojourn on the abandoned bus in Alaska. McCandless wrote, “Happiness is real only when shared.”

Given that both men were incredibly true to themselves, especially in their last days/years, I find this quote particularly powerful with its wisdom, feeling grateful to have learned it.

Thanks for sharing that. So, maybe next you can tell us a bit more about your work?
I plan, coordinate, and track volunteer opportunities supporting land and water resources across the St. Louis region. As part of my duties, I manage three regional trash cleanups throughout the year: Confluence Trash Bash in the spring, Operation Clean Stream in the summer, and River des Peres Trash Bash in the fall. Altogether, these cleanup efforts attract 2,000 to 3,000 volunteers annually, engage 60 municipalities across the region, and remove several tons of trash, including 1,000+ tires, annually. Additionally, I manage two conservation stewardship programs on behalf of the Open Space Council. Those are Operation Wild Lands (OWLs) and the Community Stewardship Alliance (CSA) programs. These primarily focus on supporting public land managers’ efforts in restoring local native habitats, improving regional biodiversity, and increasing recreational opportunities for the general public.

I am most proud of our ability to collaborate with various partners across the region effectively. OSC primarily achieves successful, well-coordinated volunteer opportunities through collaboration. Our partners often include fellow nonprofits, municipal governments, and other community leaders. Our small staff could not do it without collaborating with others. OSC does its best to honor those partnerships, support our partners, and uphold the region’s shared vision for public, open spaces for all.

I believe our passion and dedication to our mission sets the Open Space Council apart. (Only now realizing how unoriginal this sounds.) That passion ultimately carries the vision forward, creating positive experiences for those volunteers, partners, and communities involved.

We’d love to hear what you think about risk-taking?
Yes, I believe in taking risks. My favorite poem is “Into My Own” by Robert Frost. In it, he describes a person who sets out or yearns to set out into the unknown so that they may discover all that they hold. From my experience, it sometimes requires taking a risk to challenge your views and beliefs when setting off for exploration. You’ve got to push boundaries and enter the cloud of unknowing to gain new knowledge and understanding. By achieving this, or progressing somewhat at least, we may become better, truer versions of ourselves. Hopefully, the world will become a better version of itself, given that we are an intrinsic, inseparable part of it. 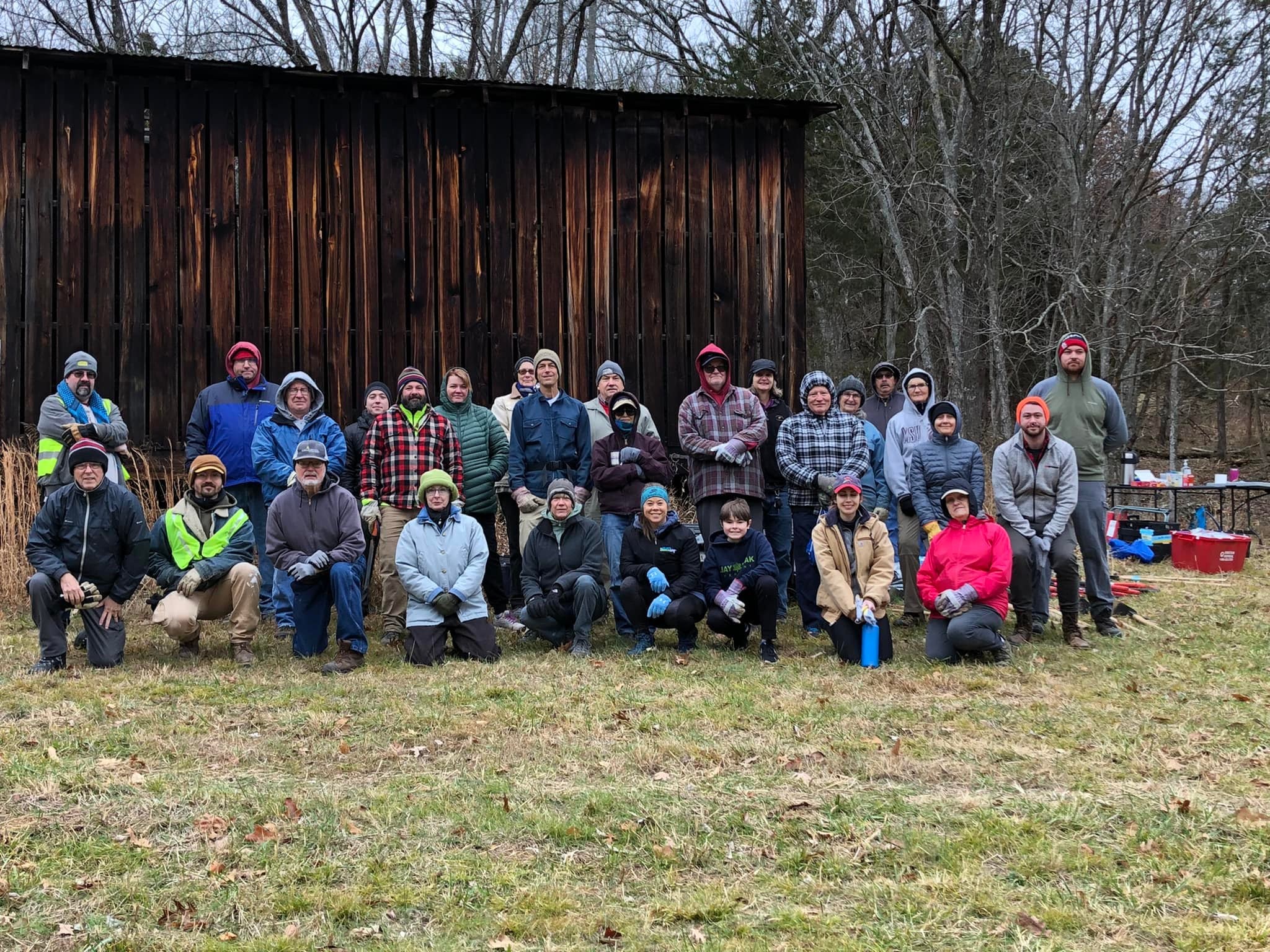 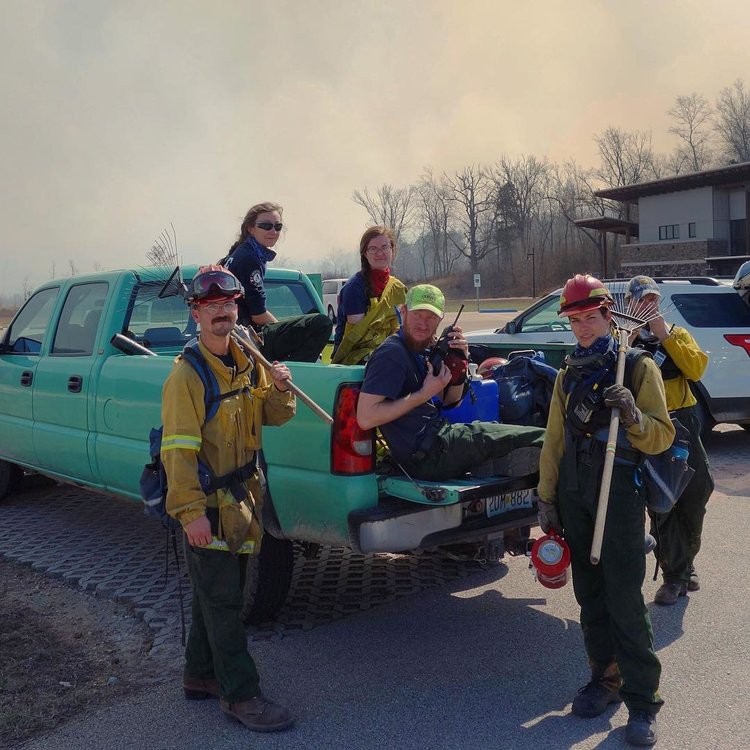 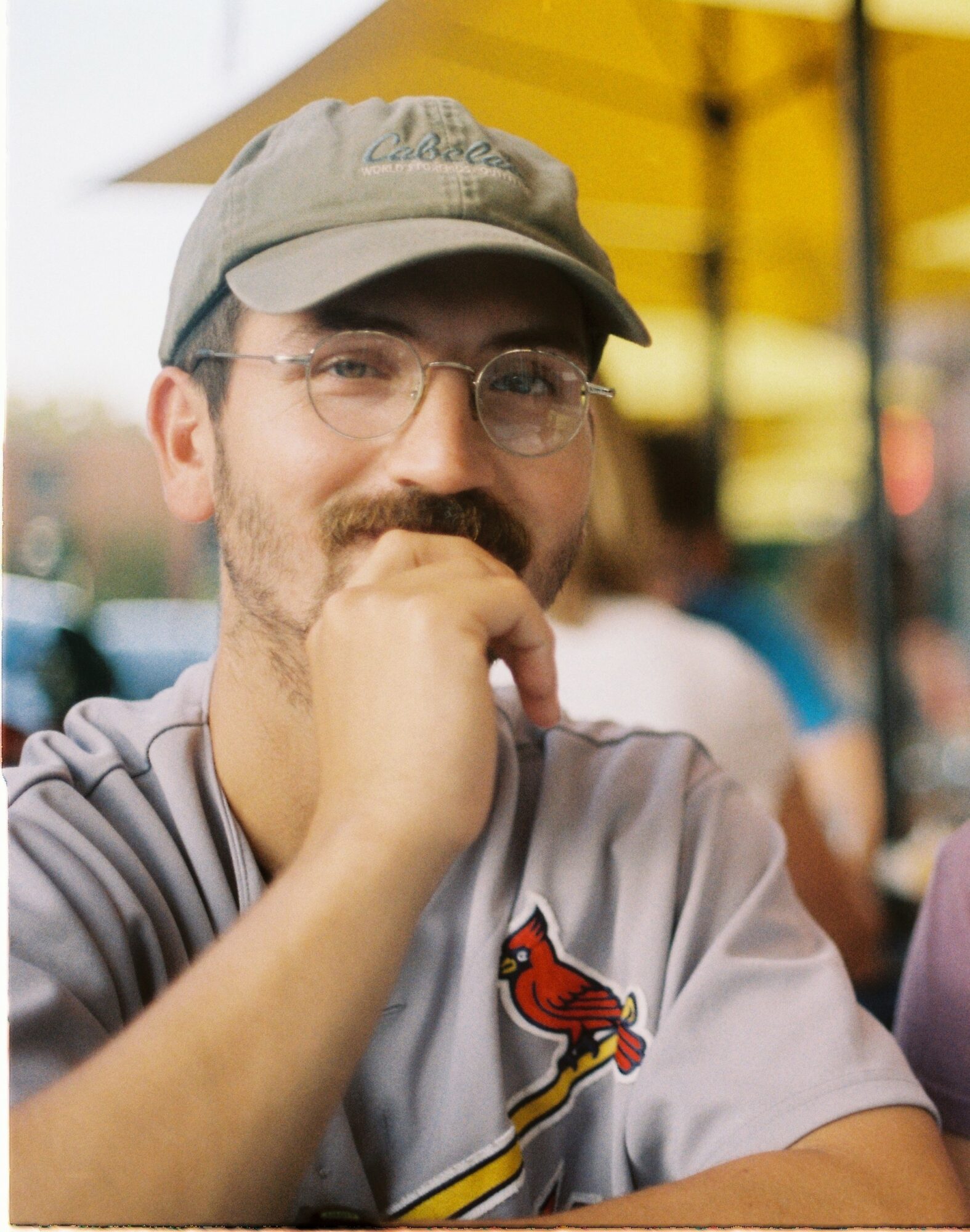 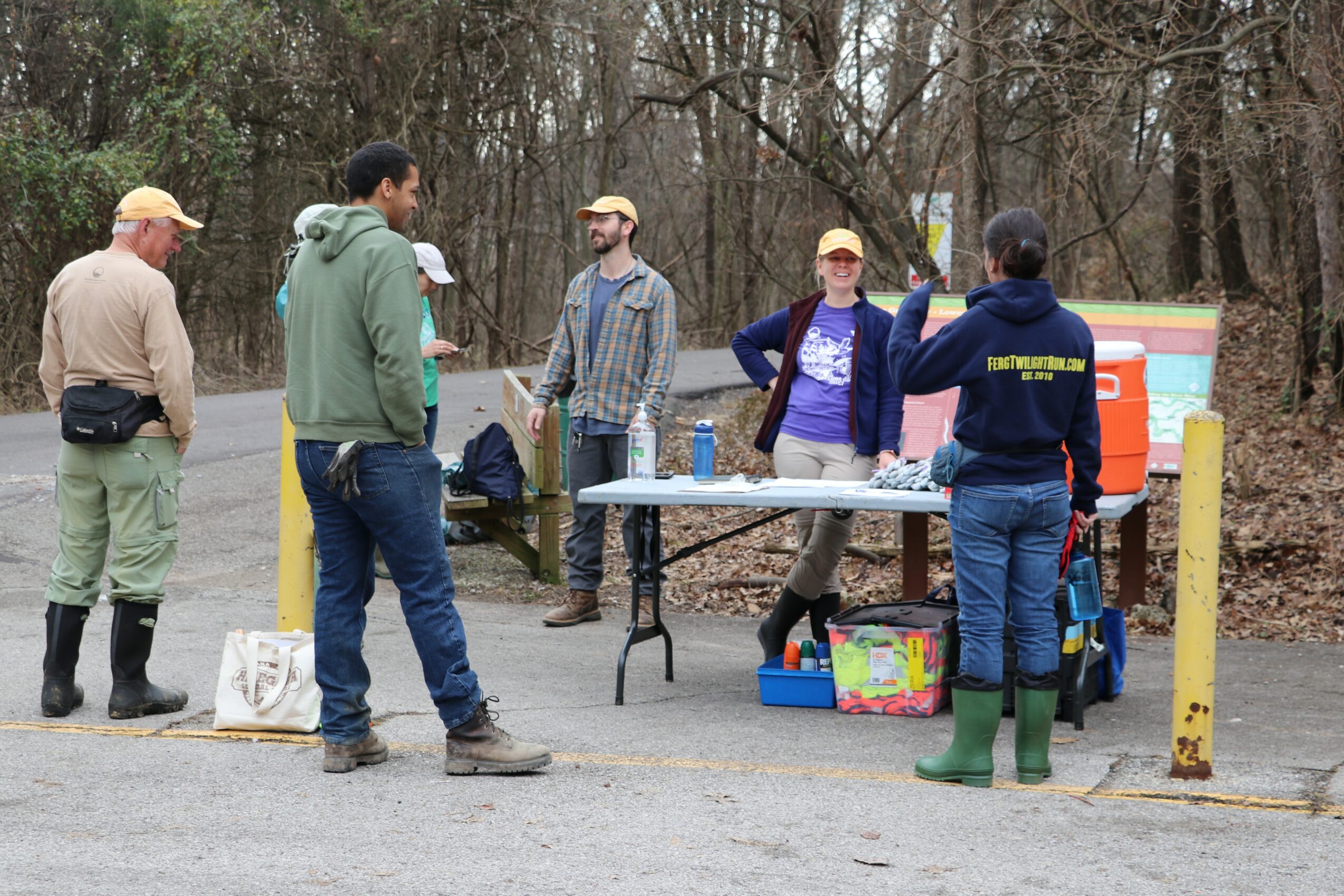 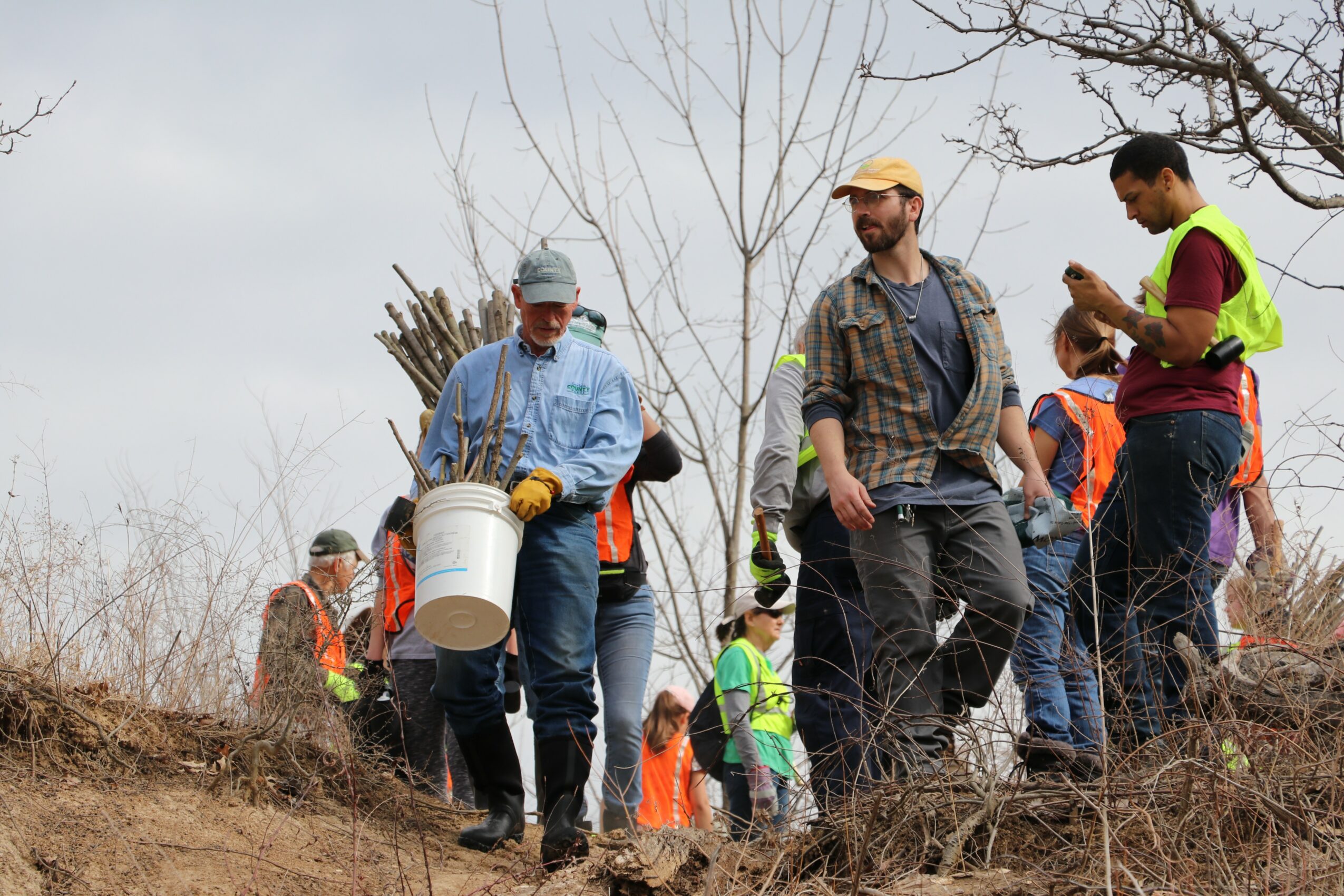 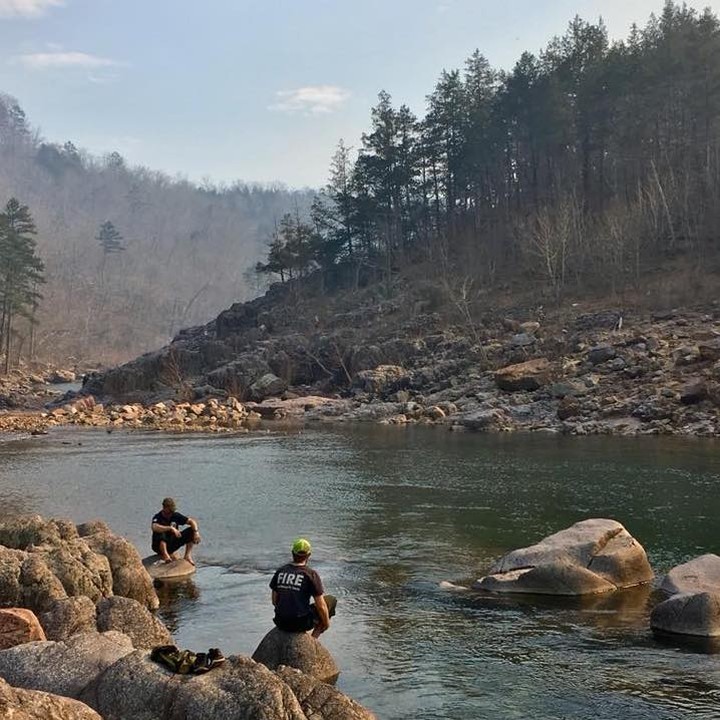