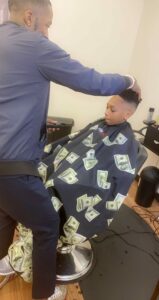 Today we’d like to introduce you to Brandon Hunter.

Hi Brandon, so excited to have you on the platform. So before we get into questions about your work-life, maybe you can bring our readers up to speed on your story and how you got to where you are today?
Back in 2010 when I use to play basketball a lot we would go up to the YMCA on Friday’s hoop then go back to our Potna Rell’s house and chill and play the game you know talk stuff.

At this time, I had just graduated high school 2 years earlier so I’m like 19 or 20, so I wasn’t really tripping off of my image at the time so we ended up going down to my Potna Fresh crib to chill and watch the game and incomes, Lil’ Rob to cut fresh hair first time ever meeting him was that night told him I needed a barber and that’s where it all began.

He cut my hair one time I was an instant customer but over the years the barber relationship turned more into a big brother little brother role growing up black there are not a lot of role models for us to look up to luckily I had role models outside of my immediate family that I could talk to if I ever needed to like my big cousin Tre or Rell or Beam and now I had Lil Rob.

Over the years of me growing up learning different life lessons sometimes when I didn’t have the answer to questions, I would ask them. Over the years of me making appointment after appointment with Lil’ Rob, I saw him more than I did most of my family members. I and my daughter’s mom broke up but she wanted to use my daughter against me so she said I couldn’t see her because I didn’t want to be with her but I still wanted to see my daughter.

One day he was cutting my hair and I just simply asked him what he would do if he were ever in that situation he gave me some advice n I used it after that I began coming to him a lot to the point where I just needed a big Brothers guidance he told me to hit him up anytime I needed him n that was that. In 2019, when COVID-19 hit I stopped working out of fear of catching it and that hurt my pockets if I didn’t go to work so I had to figure out more ways to make more money outside of my normal job.

In 2019, I booked an appointment with Lil’ Rob for a cut and that day was different because I knew Lil’ Rob worked at charter and cut hair after work, and then to see him quit that job and become a full-time entrepreneur, I wanted that I needed that so I went to the shop on a mission to figure out how to get to that level and INSTEAD of him being like nah or not trying to give me the game he started teaching me right then and there told me NOTHING EASY IS WORTH HAVING IF it’s HARD YOU VALUE IT DIFFERENT or something like that BUT it made sense to me then he asked the question that started it all YOU EVER THOUGHT ABOUT BECOMING A BARBER?

Now when he first asked me I’m like a barber, I don’t know he said to try it if you don’t like it at least you can say you tried it didn’t work move on he told me to step outside my comfort zone do something out of the ordinary learn a skill invest into yourself he was so motivation soon as I left the shop I went and bought my first set of clippers a pair of and masters and t outliners n a pair of Babyliss skeleton trimmers rose gold.

Two days later, I was cutting hair learning the craft this is the amazing part of the story I straight got drawn to cutting hair like a week into the point I wanted to learn everything I could about the hair industry I had the money to go to school but not the time so I decided to self teach and just ask Lil’ Rob questions and ask for help if I ever needed it.

The fact that I taught myself a new skill and then turned that skill into a job and became good at it within a couple of months I knew I chose the right and I had Lil Rob to thank for this insight and guidance to this profession. I started self-promoting my work by posting on Facebook, Instagram, Snapchat, and TikTok then I started to get a following in my city then I started getting customers from out of state all within a years time to think this started in my kitchen because of covid this just shows you God has a plan for you I just didn’t see it.

Now as of today, I have 89 clients and counting just a year ago I started with only about 5-10 people and all I want to say is I’m glad I chose to become an entrepreneur I have my time back and I can spend more time with my kids and make more money than I did working and it’s only the beginning.

Alright, so let’s dig a little deeper into the story – has it been an easy path overall, and if not, what were the challenges you’ve had to overcome?
It wasn’t a smooth road I dealt with a lot trying to get my name out there money played a big part because I was somewhat living check to check.

I did mobile barbering to gain clientele but that quickly was a bust because people would book but never show up or didn’t answer when I showed up so that’s wasted gas I had trouble finding clientele at first and almost gave up I had negative feedback on some of my cuts and some customers never.

I came back but I didn’t quit I kept going and kept pushing and became consistent eventually all the negative feedback was positive feedback it became “Aw, your nice can your cut my son’s hair and that was that.”

As you know, we’re big fans of you and your work. For our readers who might not be as familiar what can you tell them about what you do?
I’m a barber and I specialize in kids’ cuts lot of barbers won’t take kids because of the length of time it may take to cut due to moving and being young and also some barbers aren’t as gentle with kids but that’s where I come in at.

To me, over the course of the year, I think I’m known for being a great kid’s barber kids need their haircuts too. I’m most proud of myself for stepping out of my comfort zone and trying something new I found something out about myself I didn’t even know I had in me.

What sets me apart from others is my personality I’m different my cutting style is different I’m not trying to cut like anyone else but me.

What sort of changes are you expecting over the next 5-10 years?
I see the industry getting even bigger there are more and more barbering tools being created daily I love the way this industry is going excited to be a part of and grow and learn all I can to become the best barber I can be. 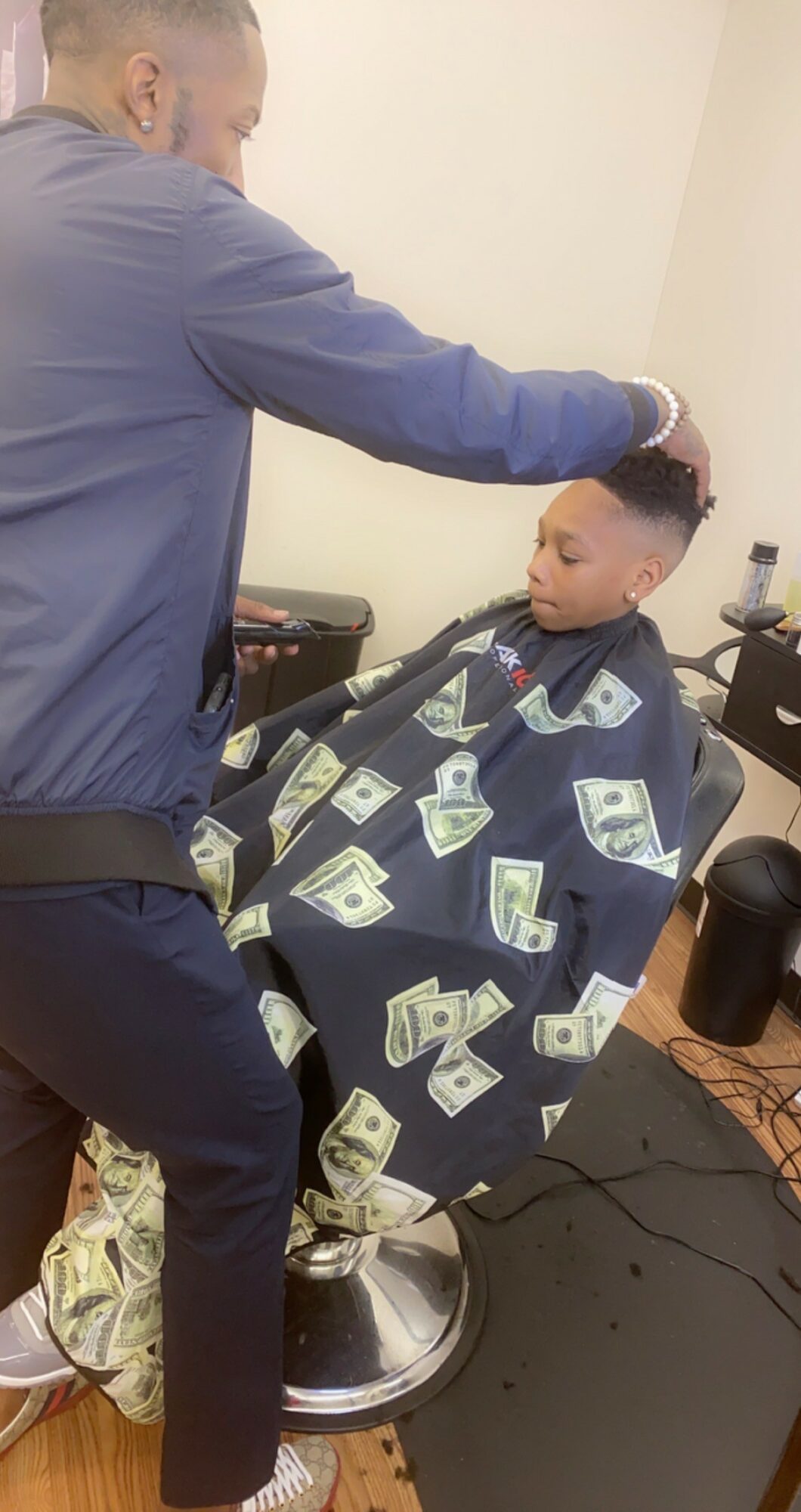 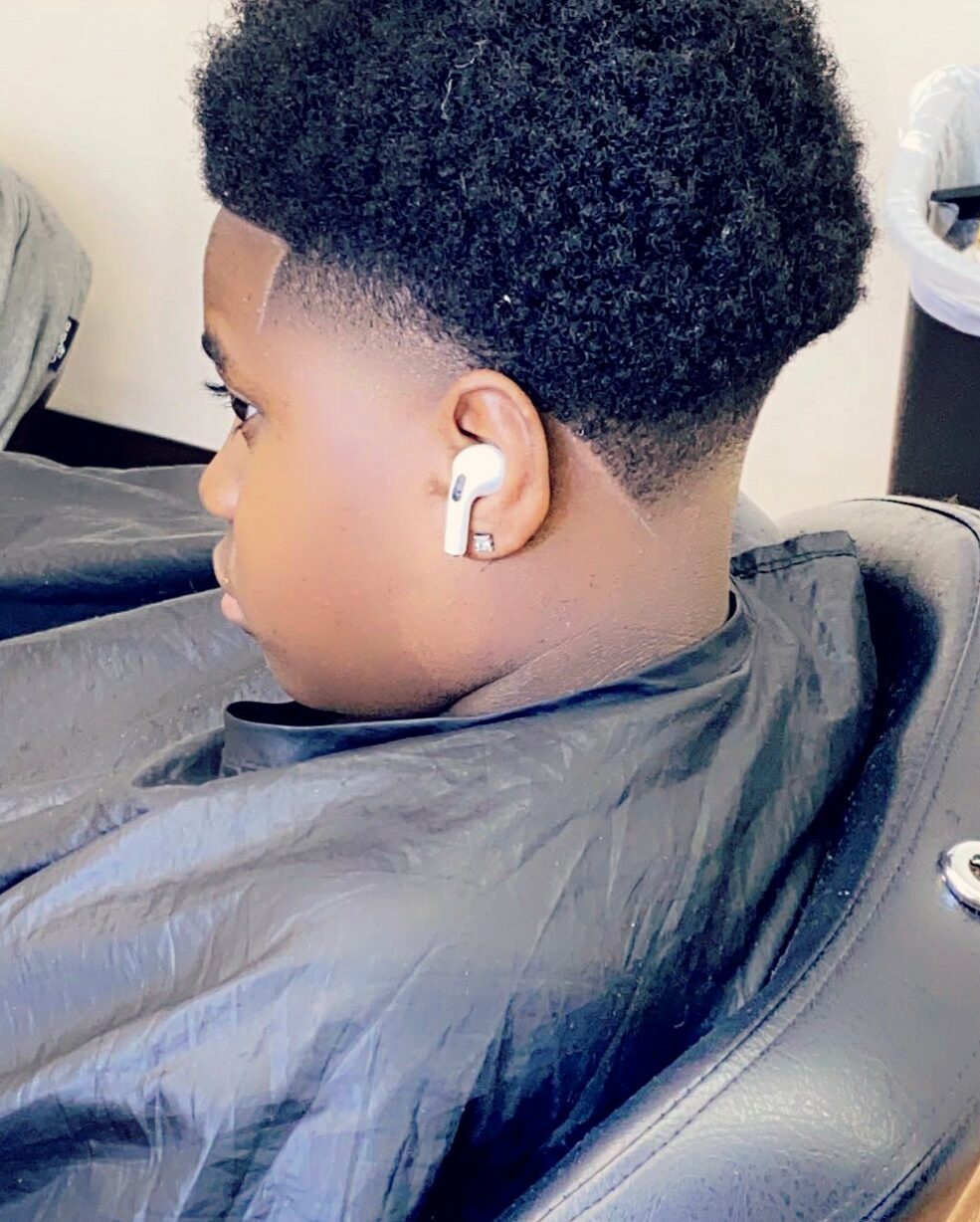 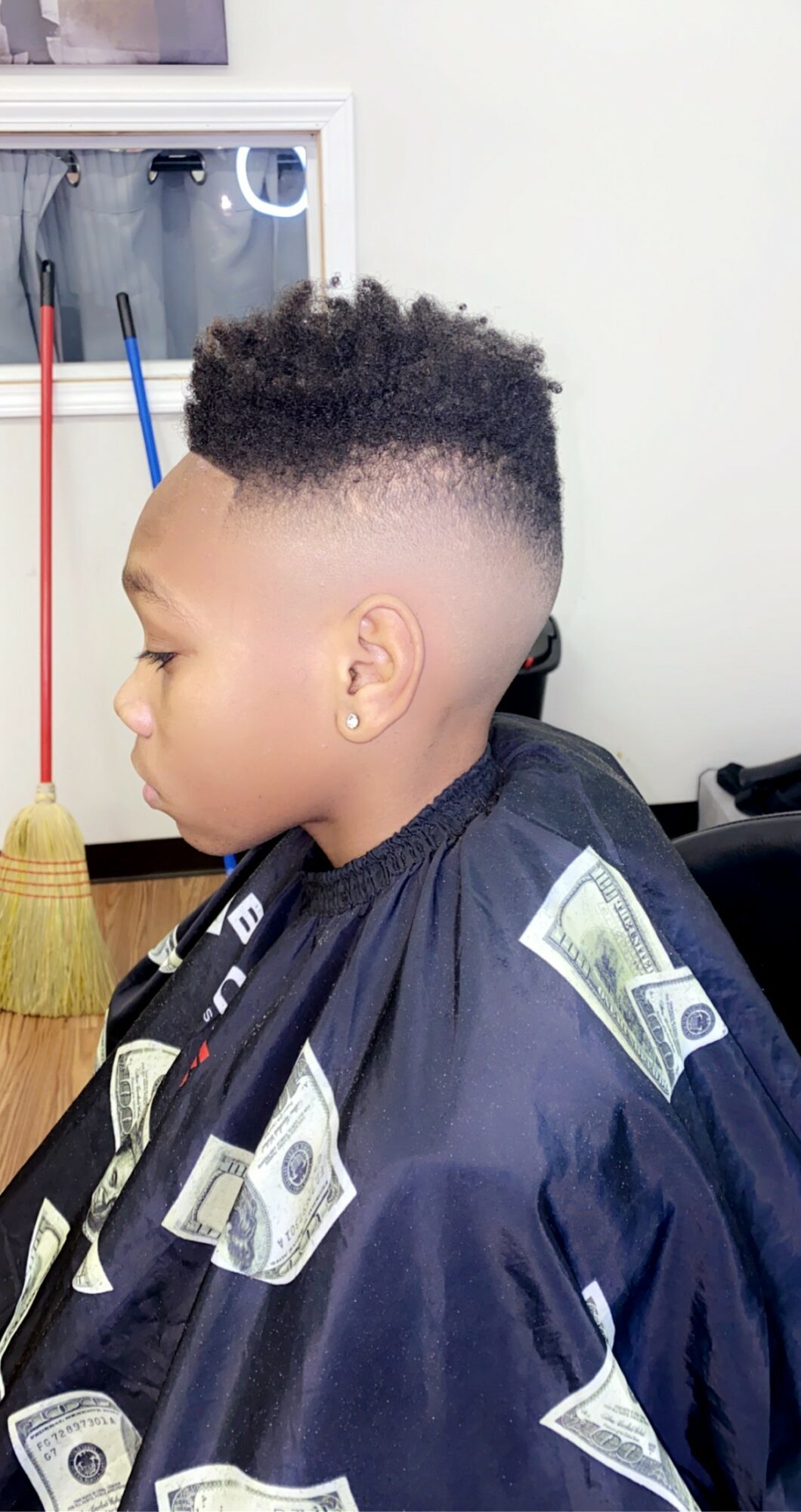 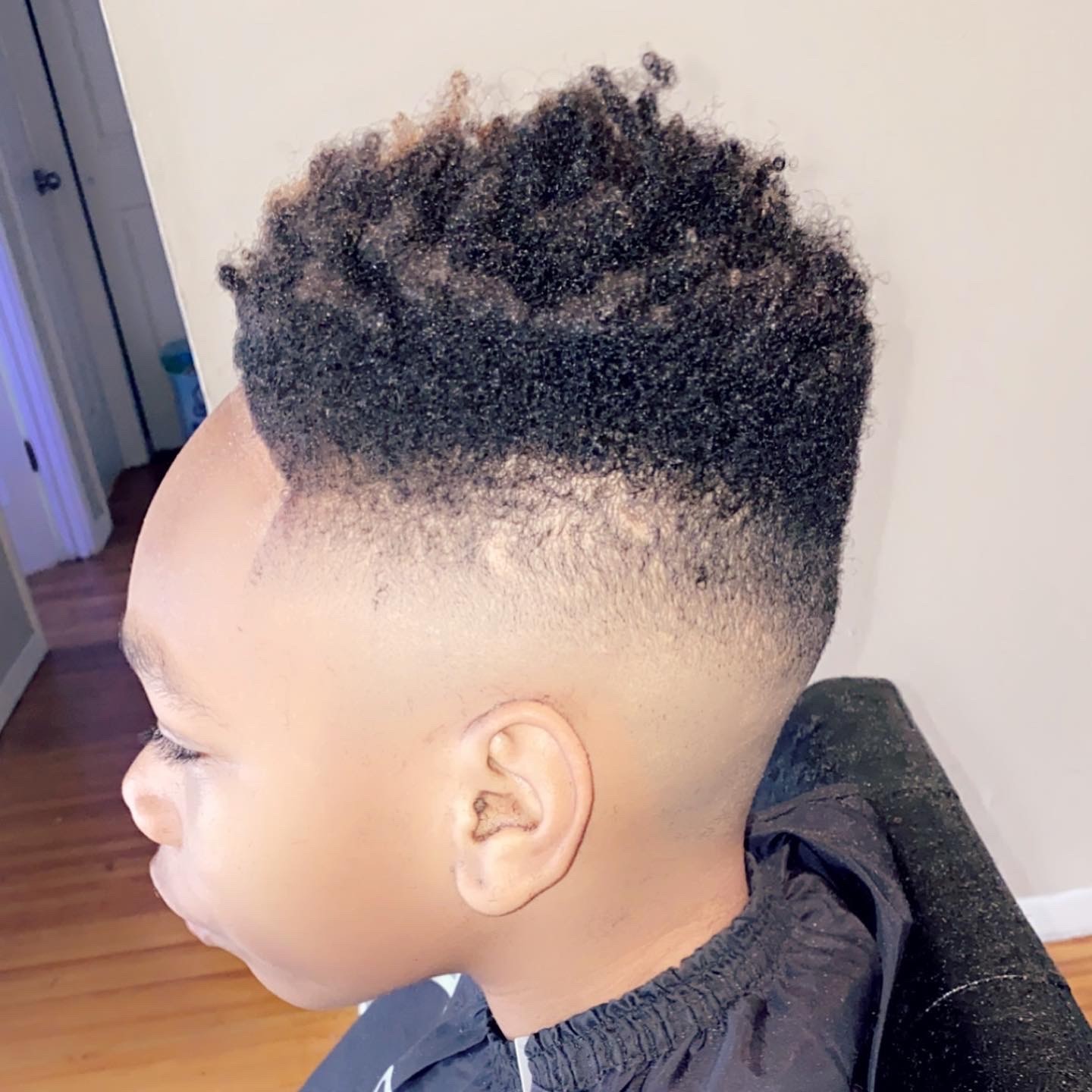 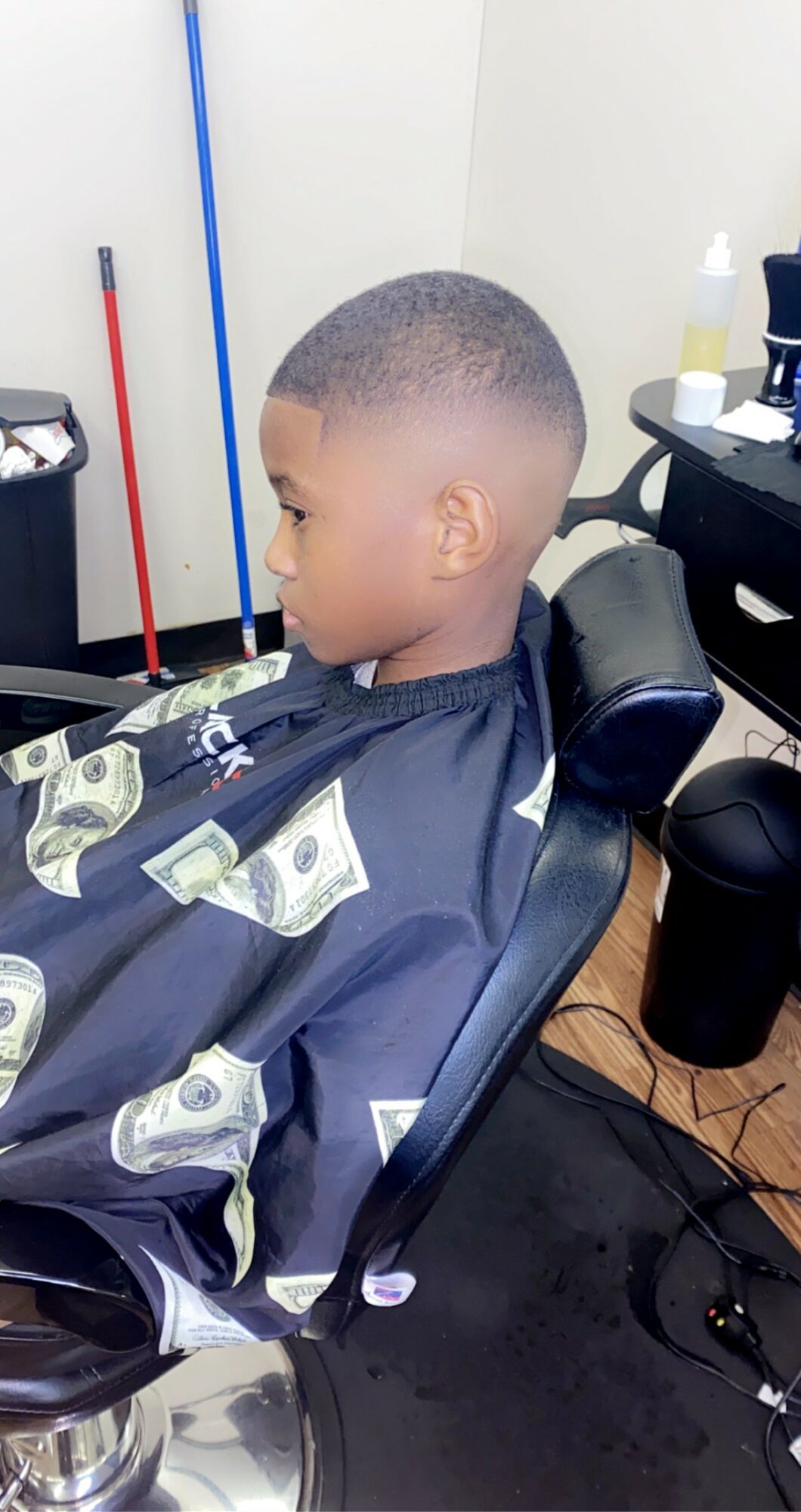