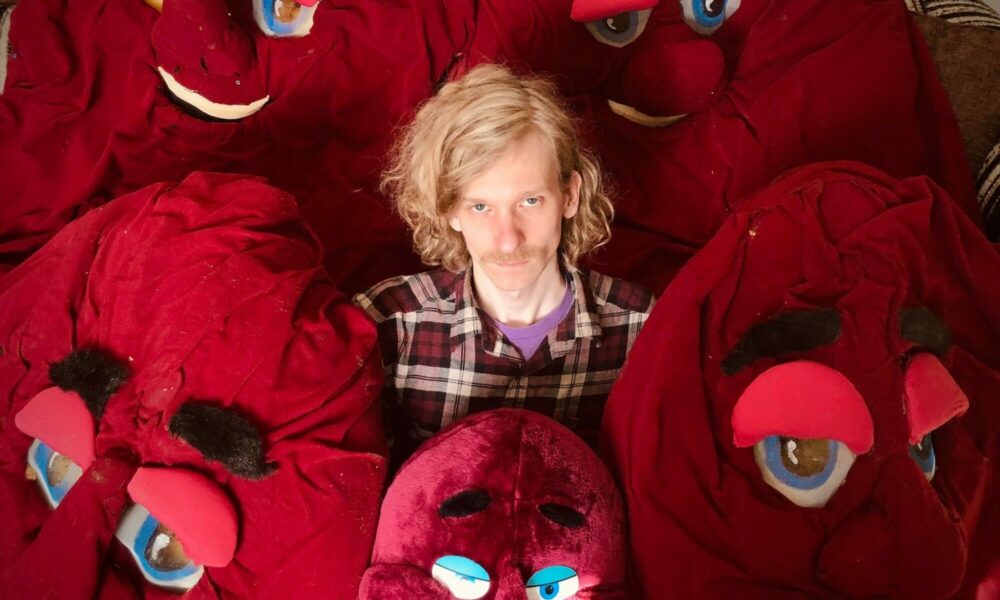 Today we’d like to introduce you to Brian Galecki.

Hi Brian, please kick things off for us with an introduction to yourself and your story.
I would say my story starts all the way back in 2013 during practice with my band at the time GOOSE DIPPERS. We were all eating the trash thrown at us during our set the night before and the idea hit me, why don’t we open a record store next to the punk venue where we play all the time? We thought of a great name for it but I forgot what it was and just called it Dumb Records. In the beginning, we didn’t really expect to make a lot of money, it was really just for fun. We had a lot of Oak Ridge Boys that Kevin’s grandma gave us and a few Lumpy and the Dumpers records and that was about it. Sometime after we started Pepperoni Pizza the cat showed up one day and has lived at the store ever since. Most people coming into our store are just there to pet the cat.

We kept the original store going for about 5 years until our landlord kicked us out because we didn’t know how to change the filter on the heat pump. We found a new storefront downtown where the rent was cheap since it had been empty for years and was filled with bats and ghosts. We parked our big green elephant in front of the new storefront in 2019. The Mayor and Chili Bowl Mullet Man cut the ribbon at the grand opening and we were open for business once again. A year later Jeff came on board with his pinball machines and his big idea that maybe we should start selling records people would actually listen to and I’d say things have really taken off.

Would you say it’s been a smooth road, and if not what are some of the biggest challenges you’ve faced along the way?
There’s always something every day. People crash their cars into the elephant in front of the store. Bats fly around the store scaring away customers. Our air conditioning goes out (I need to google how to change filters). We have live shows in our store and sometimes the bands use up all the paper towels. Those are just a few things just off the top of my head.

Customers are hungry for vinyl and we have to keep up putting out 50 or more records every day. It’s a lot of work to clean, price, and put records out on the shelves all the time. I had to give up playing music in bands a long time ago and just focus on the store. We’re lucky tho as we’ve now been able to grow to the point where we can afford to hire a couple of part-time employees. Someday I hope to break out of the ol’ omnichord and start playing music again.

Alright, so let’s switch gears a bit and talk business. What should we know?
Dumb Records is open 10 am-7 pm every day and is located in downtown Springfield, IL. People come to our store to take selfies in front of the elephant and pet Pepperoni Pizza the cat. We sell records, CDs, and tapes, and we have record players and a few other accessories. We host local all-ages DIY shows which vary widely between hip-hop, jazz, rock, Taylor Swift karaoke, and hardcore. We also have a pinball arcade in the back where all games are set to free play, entry is included with a purchase of $10 or more.

We are proud to offer the newest hot vinyl releases as well as a decent selection of used to pick through across many different genres. We also have the best pinball machine ever made, which is Stern’s Godzilla Premium model from 2021.

If we knew you growing up, how would we have described you?
I would say growing up I was a good boy who followed all of the rules. I ate 3 meals a day and won perfect attendance awards at Sunday School every year. That all changed when I fell into the wrong crowd in 8th grade. There was an older boy named Chuq who heard I knew how to play trombone and asked if I would play in his ska band THE BASS TONES. That’s when I found out what punk was and I felt really cool. My parents and my pastor were very upset with me until I went to U of I Champaign to study art. While there I played in numerous bands including getting the chance to open for Jeff Rosenstock while playing Trombone for the band BEASTER.

I came back to Springfield and played in lots of different punk bands while also becoming one of the owners of our punk venue The Black Sheep Cafe where we served coffee and biscuits next to a picture of Ian MacKaye shaking hands with my friend Kevin.

I’ve used my art degree making T-Shirts and concert posters but really all I do these days is sit in my store and draw pictures for people who buy stuff from us. 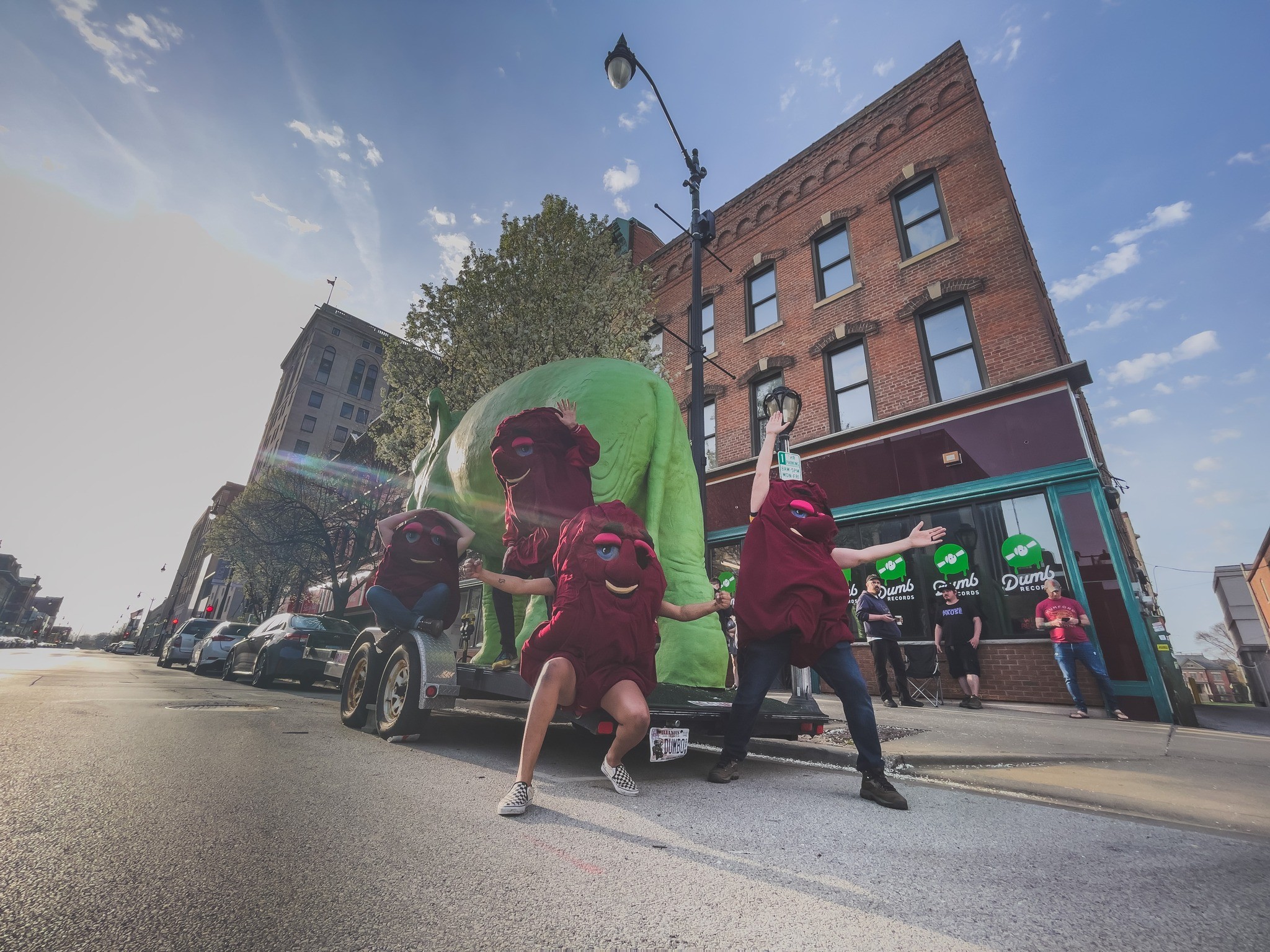 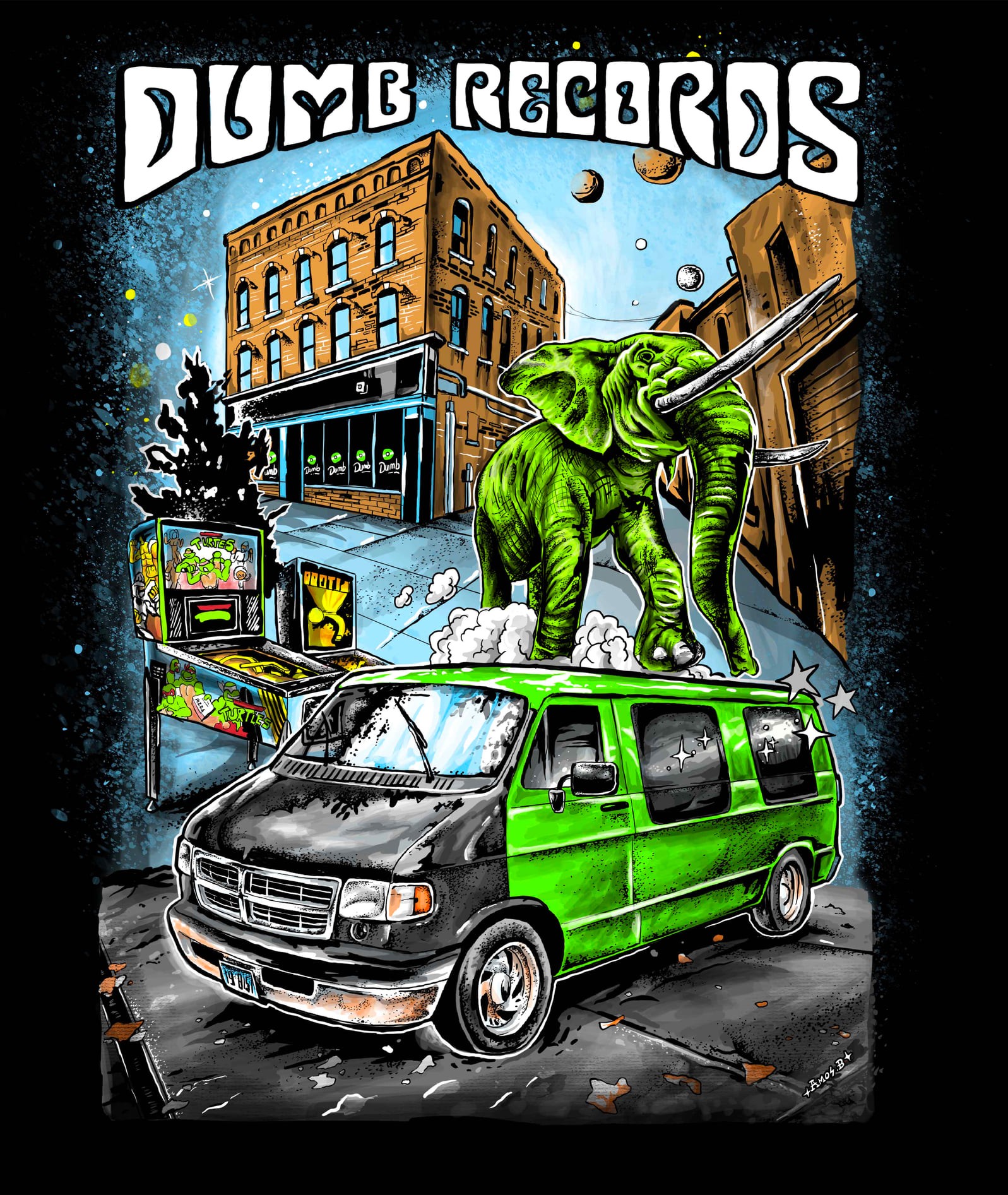 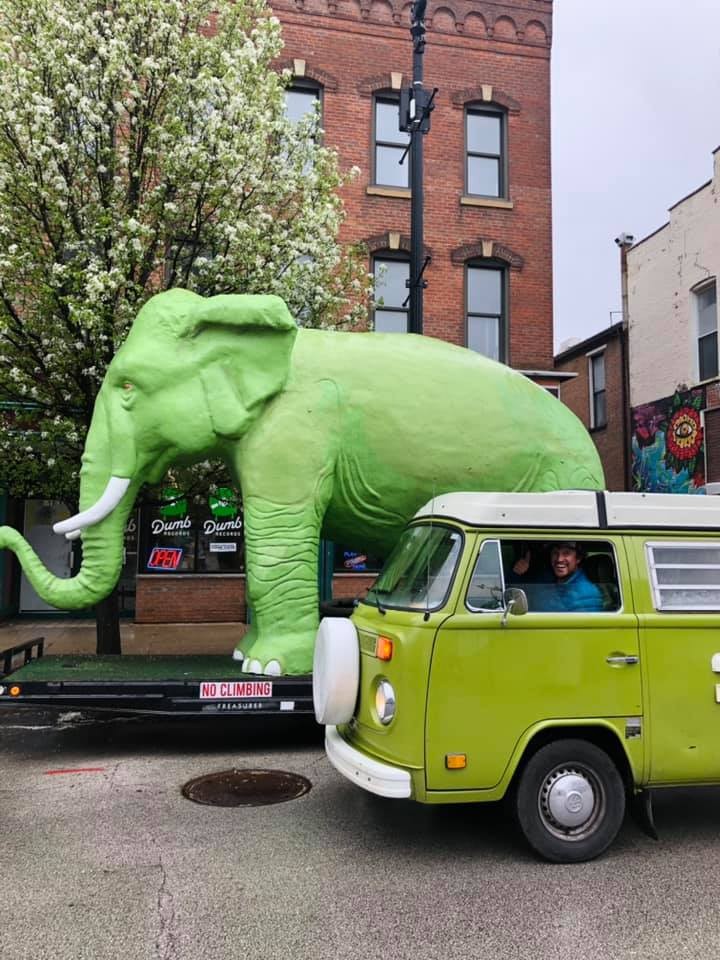 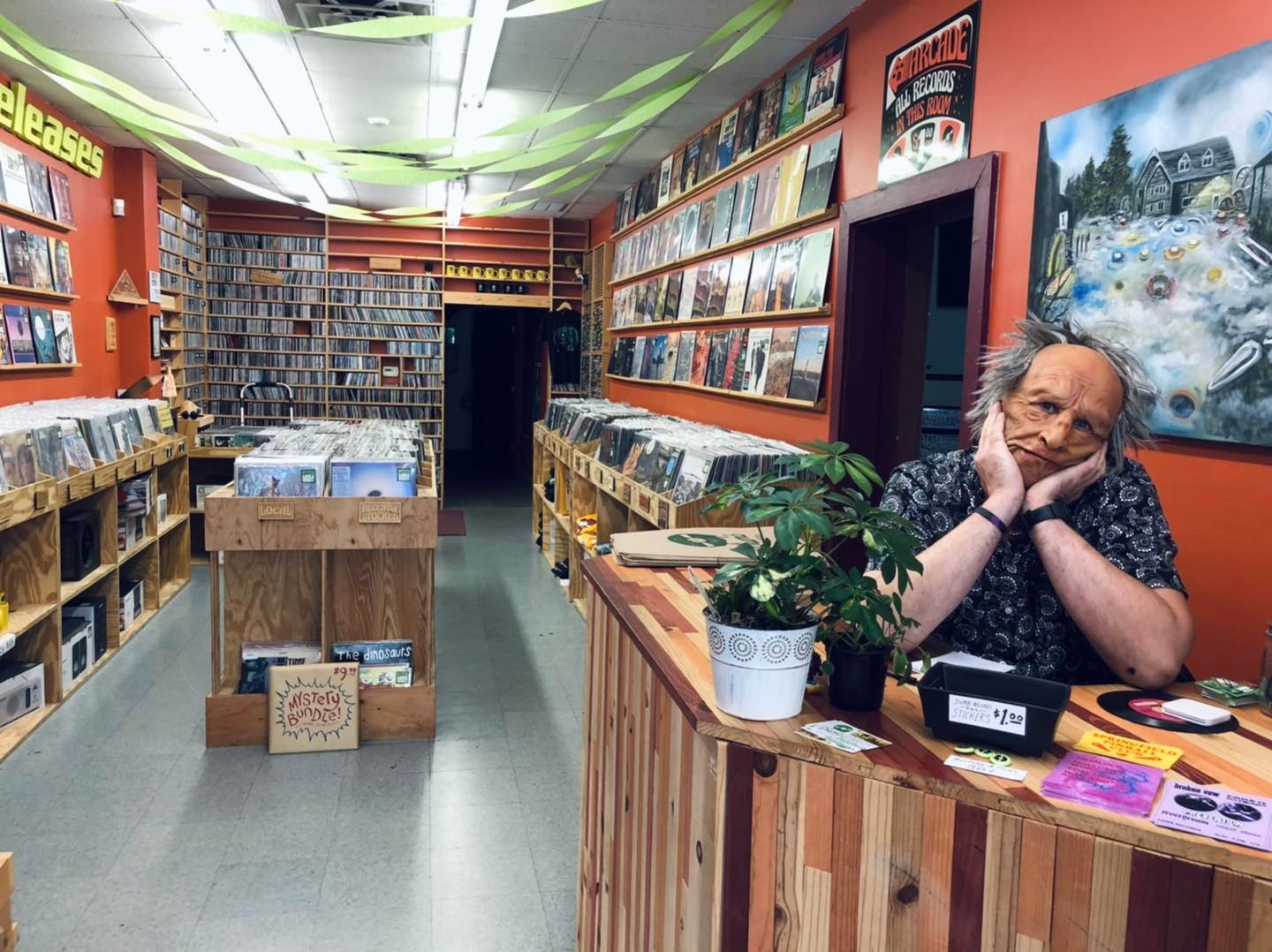 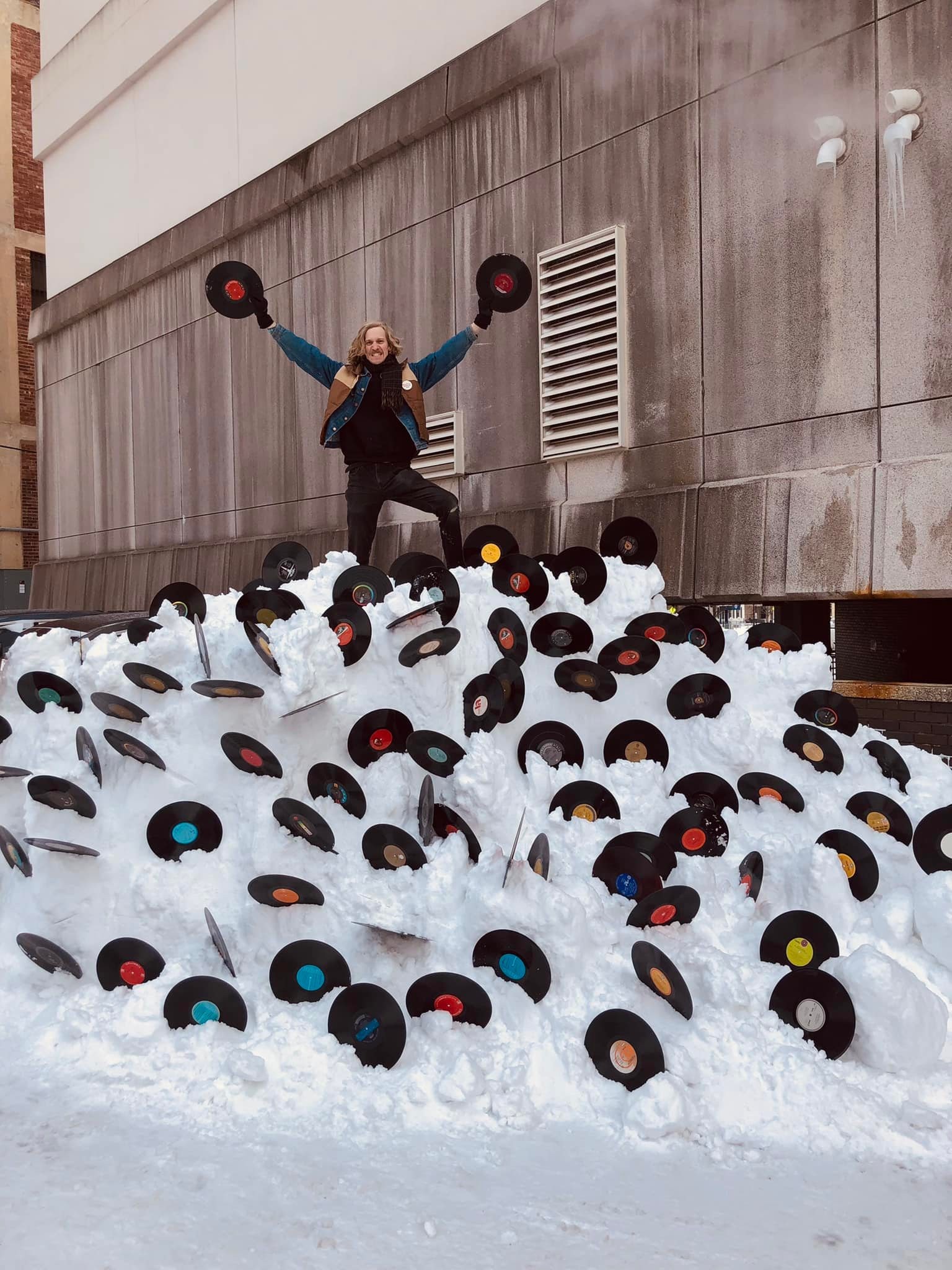 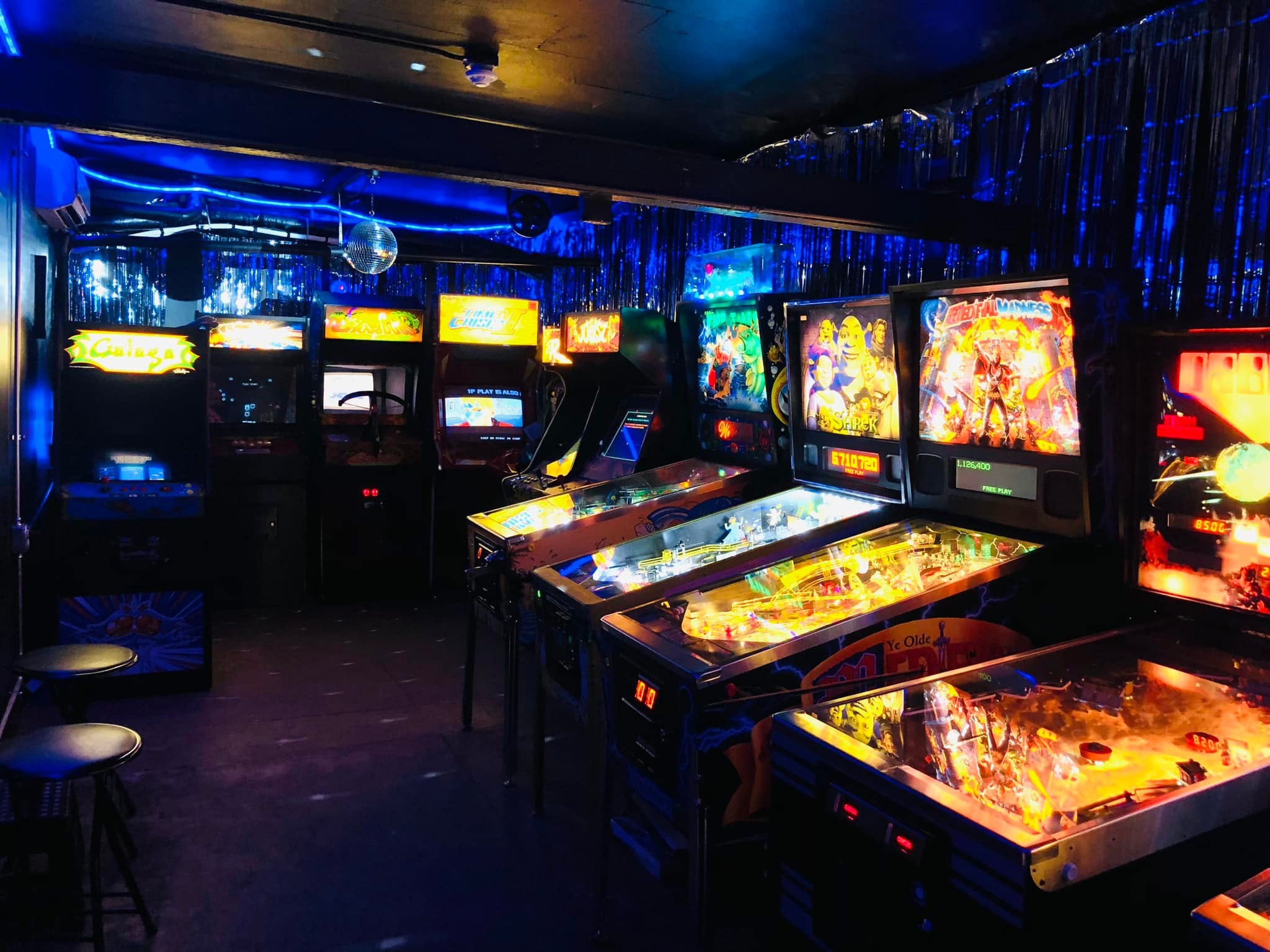 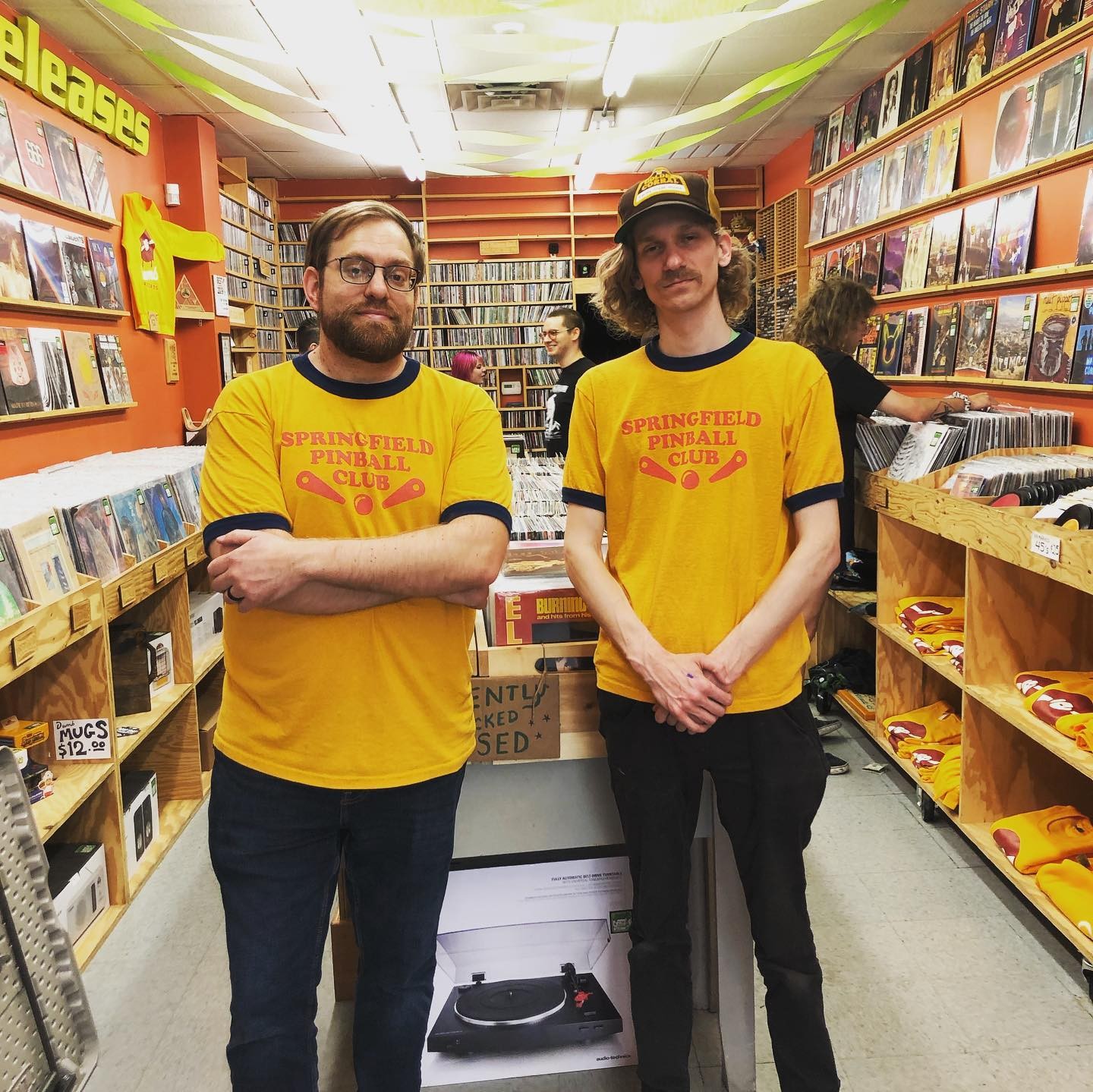