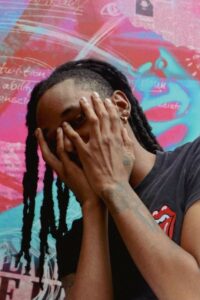 Today we’d like to introduce you to Dannie Saines.

Dannie, we appreciate you taking the time to share your story with us today. Where does your story begin?
Drawing has always been something I could do, and in all honesty, I never thought I’d be treading the path that I am today, but I wouldn’t change any of it for the world.

Growing up, I would always draw on myself in class, then eventually the other students would ask and I never really had a problem with it. I guess somewhere within that time frame of 6th grade to my senior year it just became a regular thing.

Multiple people put the idea of becoming a tattoo artist in my ear but I never really took it seriously, I guess my pride wanted it to be purely my decision if that was what I chose to pursue or not.

I got my first real machine in 2019, and my first tattoo followed shortly after. I’m not ashamed to say I started in my grandmother’s basement with a lamp, a makeshift armrest, a nightstand, and some baby blue nitrile gloves.

I’m not encouraging this to any extent, learning how to tattoo on my own was extremely difficult, but unfortunately in St. Louis, the industry is very choosey as to who they allow the opportunity to apprentice, I’ve heard stories of people paying as much as $5000 for an apprenticeship alone, all just to still not have a license.

After either coming across a shady artist or hearing “no” so many times, you can either accept it and fold to what others are telling you, or you can kick the door down and learn, buckle down and figure out what you need in order to do whatever you’re passionate about to the best of your ability while making it profitable.

I refused to accept that there was no one in St. Louis that would take me on as an apprentice, so I continued to learn and grow with the help of my amazing life partner Jordan who sacrificed well over half her body to my practice with no regrets and I couldn’t love her more for it. The pictures of her tattoos are what started my gradual growth in support.

Through the midst of the pandemic, my practice was what kept me occupied, until May of 2021 Shawn Smith opened The Immortal Ink Tattoo Gallery. Something that St. Louis needed more than anything, was a black-owned, luxury tattoo collective with an absolutely astonishing group of artists. I’ve never felt so at home doing what I love, and everyone here brings the best out of one another. The growth that I’ve made from the second I got here has been nothing less than steady.

Ironically, I never really applied, I came to the grand opening to support a friend that I went to high school with because he’d been apprenticing for a while, and just because he got in the door and I was in the basement didn’t mean I wasn’t supportive of what he was doing because I knew eventually my time would come. That same day not even 20 minutes after I showed up, Shawn looks at me and says “You do tattoos, right? We’ll talk in a second.”

I had never felt such anxiety and excitement at once because I idolized him at this point as another black tattoo artist that was dominating the industry, and all I wanted was to know how to do the same. I’m still here at immortal doing what I love and I don’t plan on leaving or slowing down anytime soon.

Alright, so let’s dig a little deeper into the story – has it been an easy path overall, and if not, what were the challenges you’ve had to overcome?
Like I said it was never easy and still isn’t. I don’t think anything that comes with ease withholds any value. My hardest battle has always been myself.

My self-discipline, my consistency, my mental health, maintaining my motivation to continue to grow as an Artist.

I think as artists we’ll always be our biggest critics because we could all be that supportive of one another, so if we’re in the process of trying to bring our vision to light any inconvenience that doesn’t match what we had planned can be extremely frustrating at some points.

But how we manage to work through these inconveniences is what makes us all unique.

As you know, we’re big fans of you and your work. For our readers who might not be as familiar what can you tell them about what you do?
I’m currently a Tattoo Artist that specializes in Black and Grey and a looking to expand more into NeoTraditional Japanese work. I think I’m most attracted to this style because you don’t see much of it where I’m from.

Lots of Florals, Portraits, Animals, etc. I just wanna bring something new to the table that sets me apart from the rest of my city.

I feel like the pandemic was a make-or-break situation for everyone and though there were many downfalls I must admit that a lot of people rose to the occasion of finding a way to feed themselves and their families.

There’s been so much growth people are truly starting to embrace the culture, but I will say that I wish we could all be that support to one another, St. Louis ain’t been cupcakes and rainbows but if you know how to operate through chaos you’ll find enough peace within yourself to continue to grow no matter what the environment. 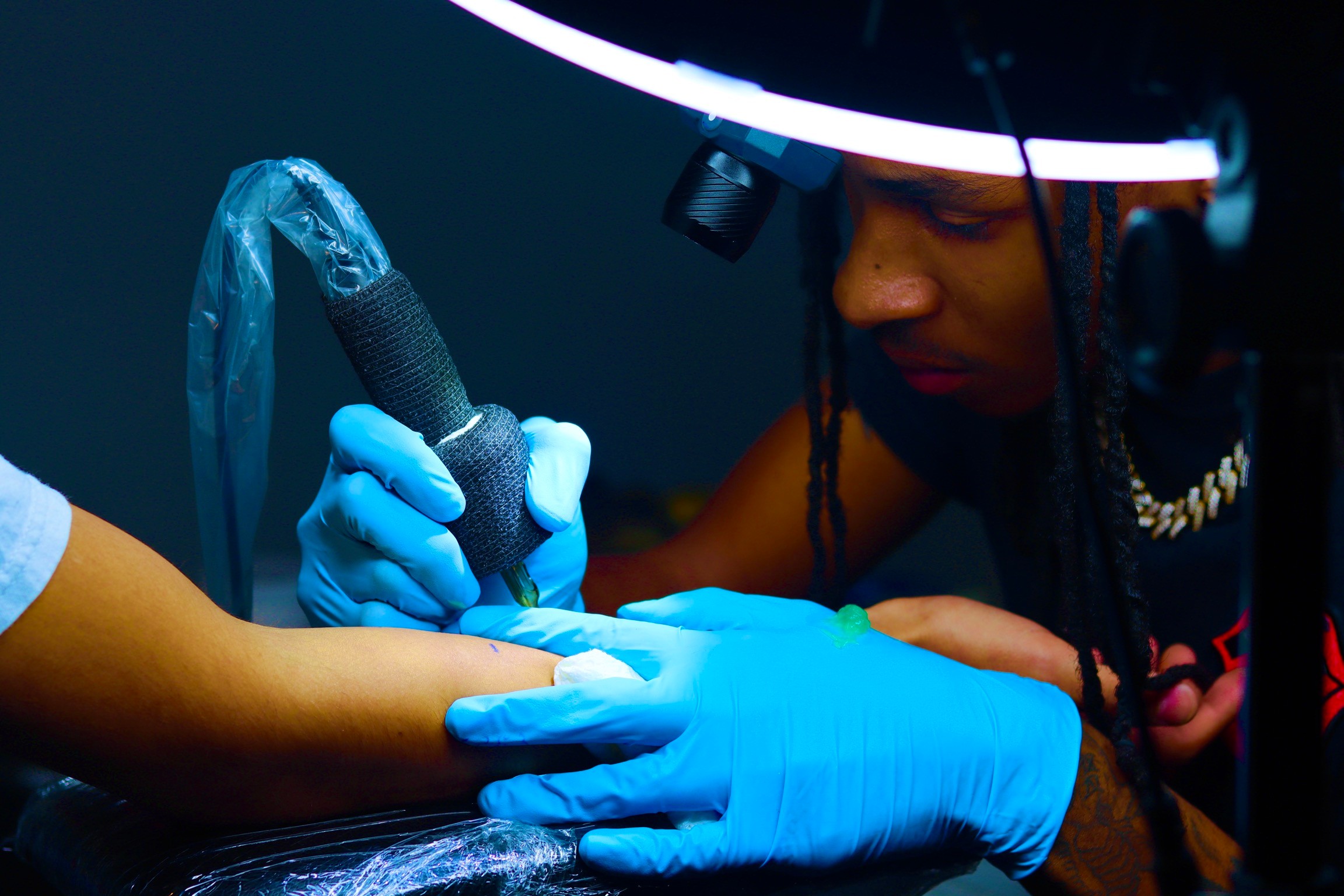 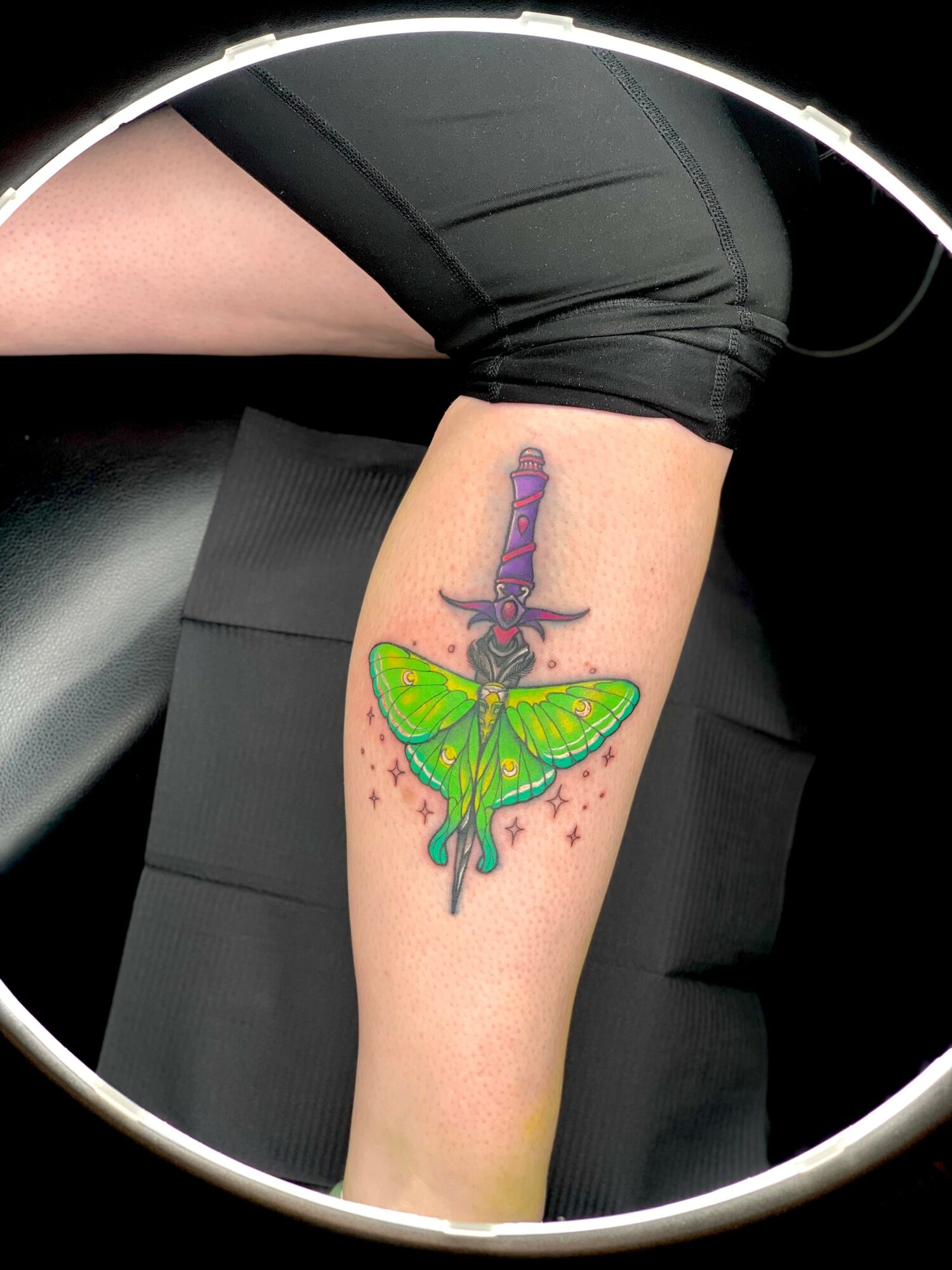 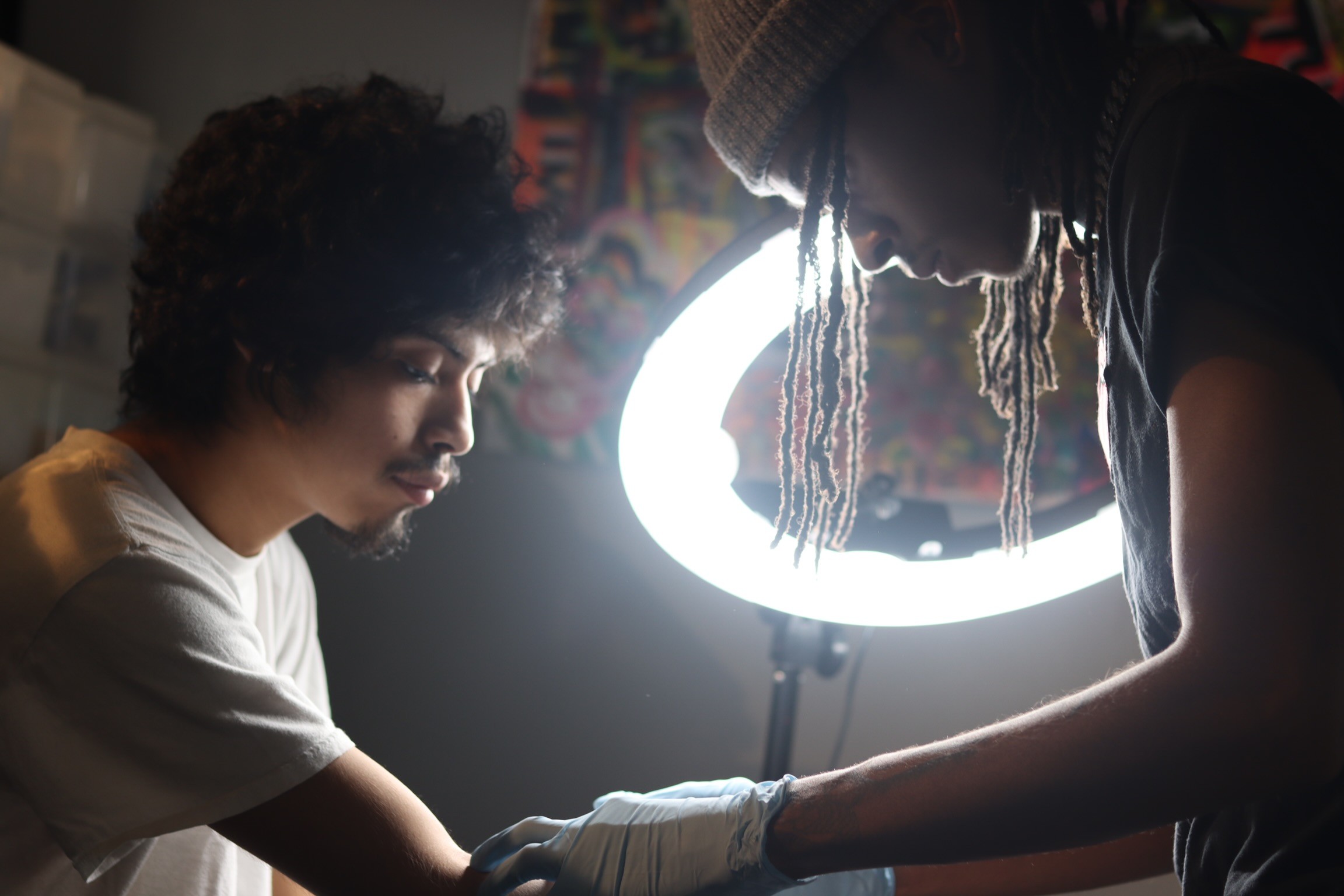 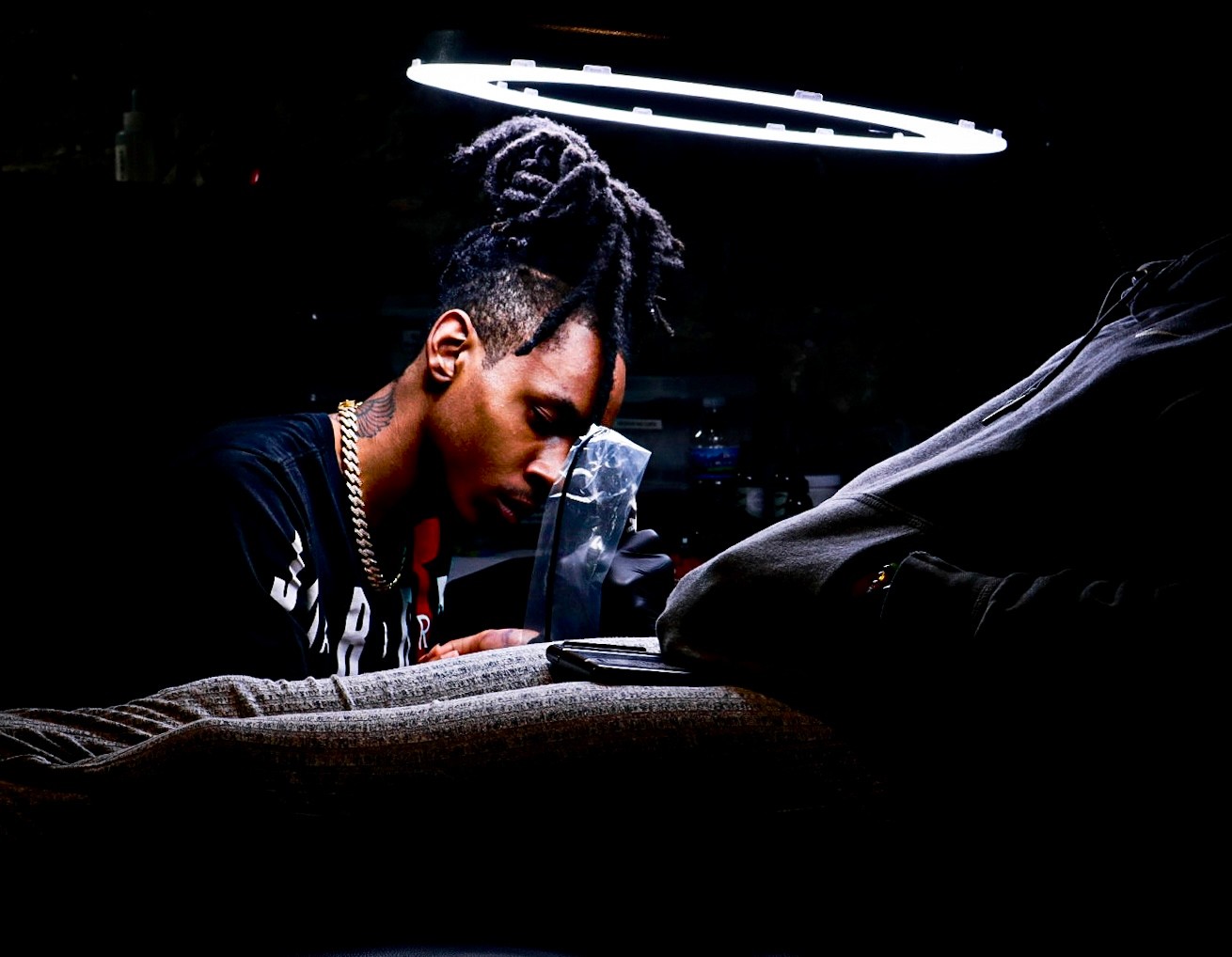 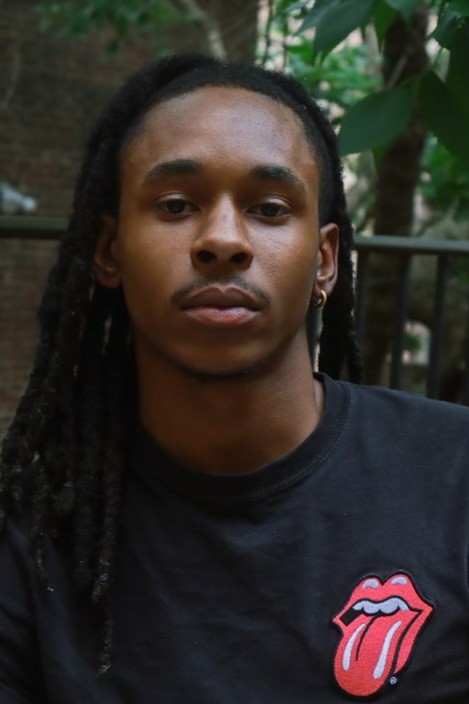 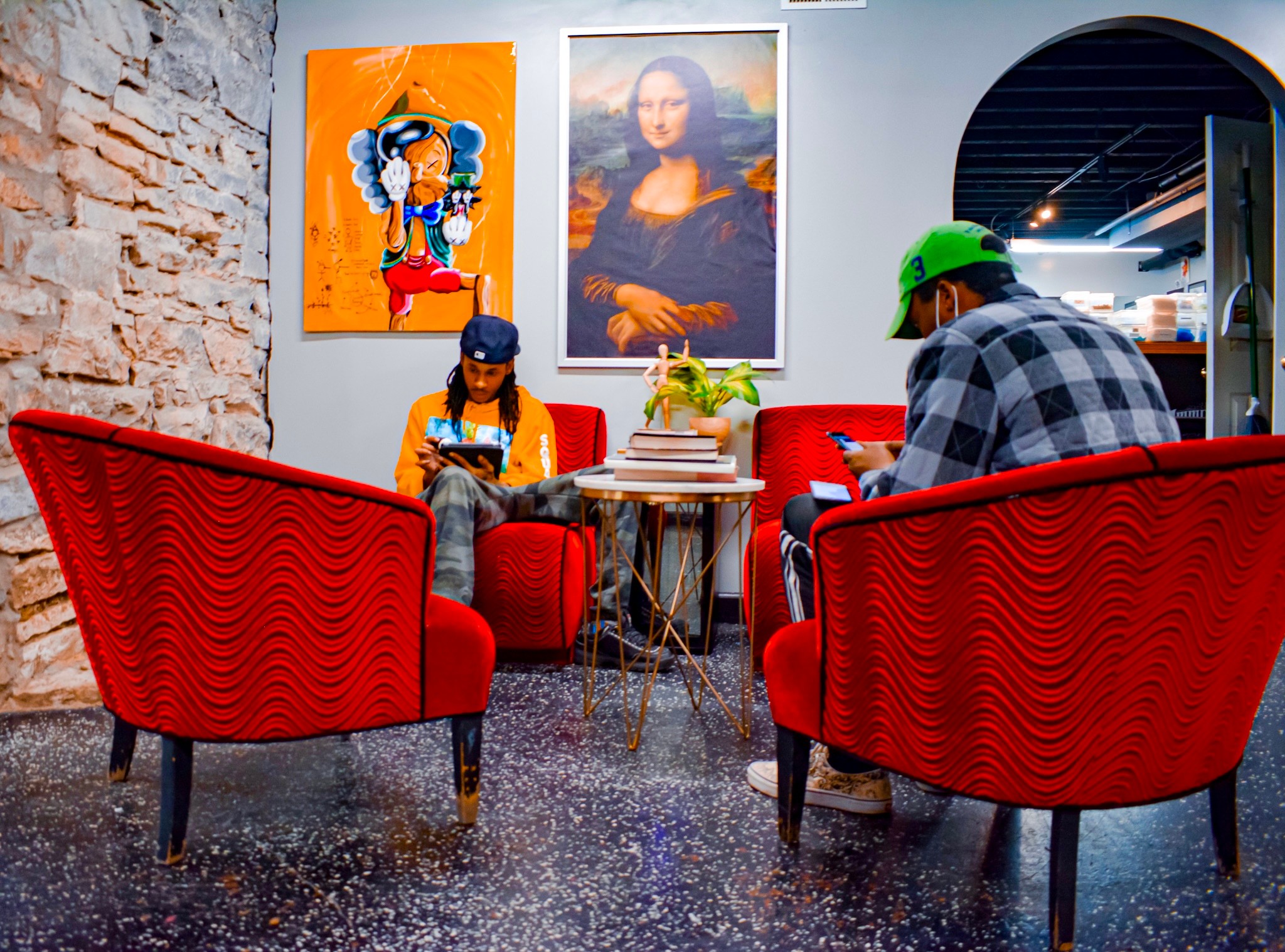 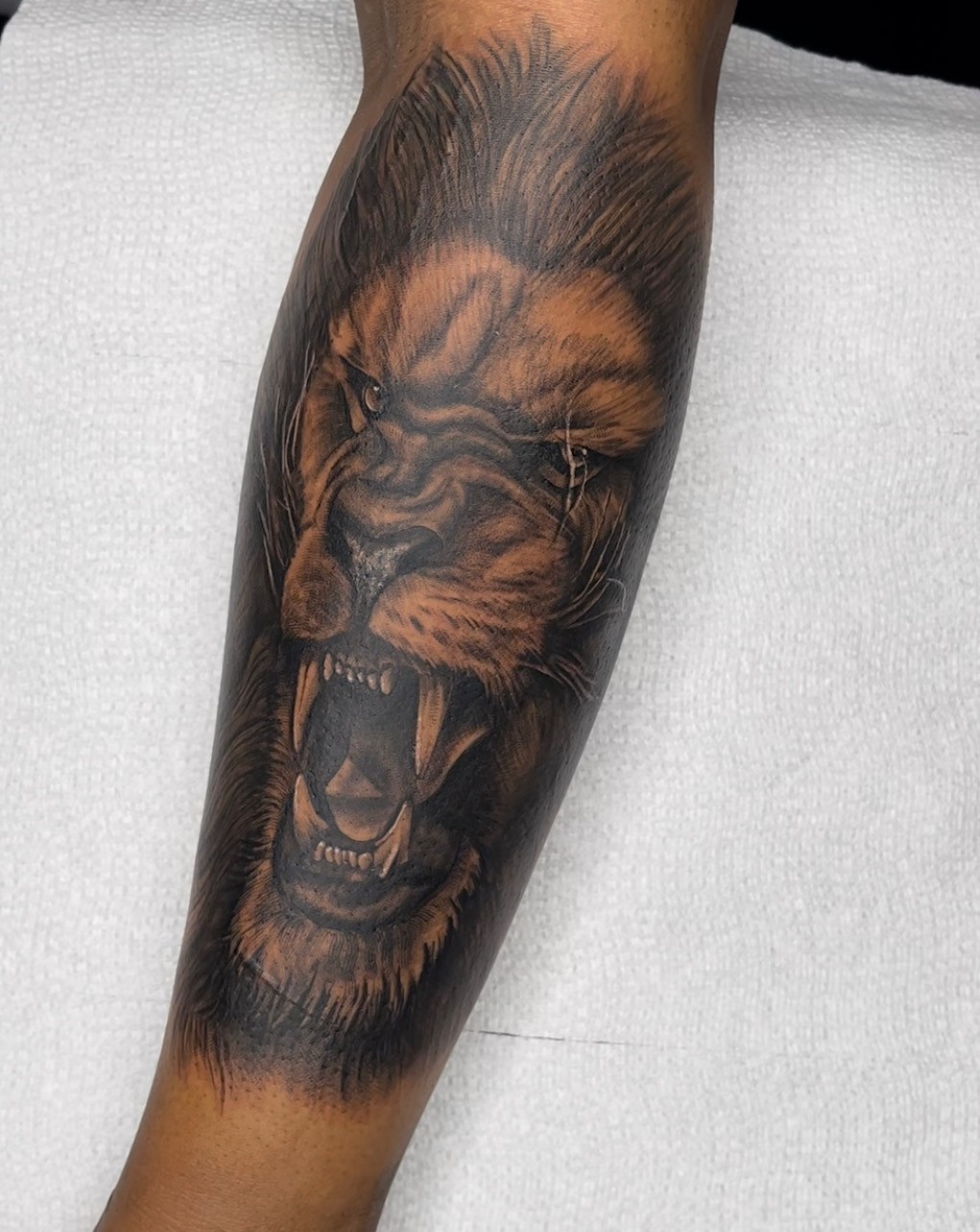 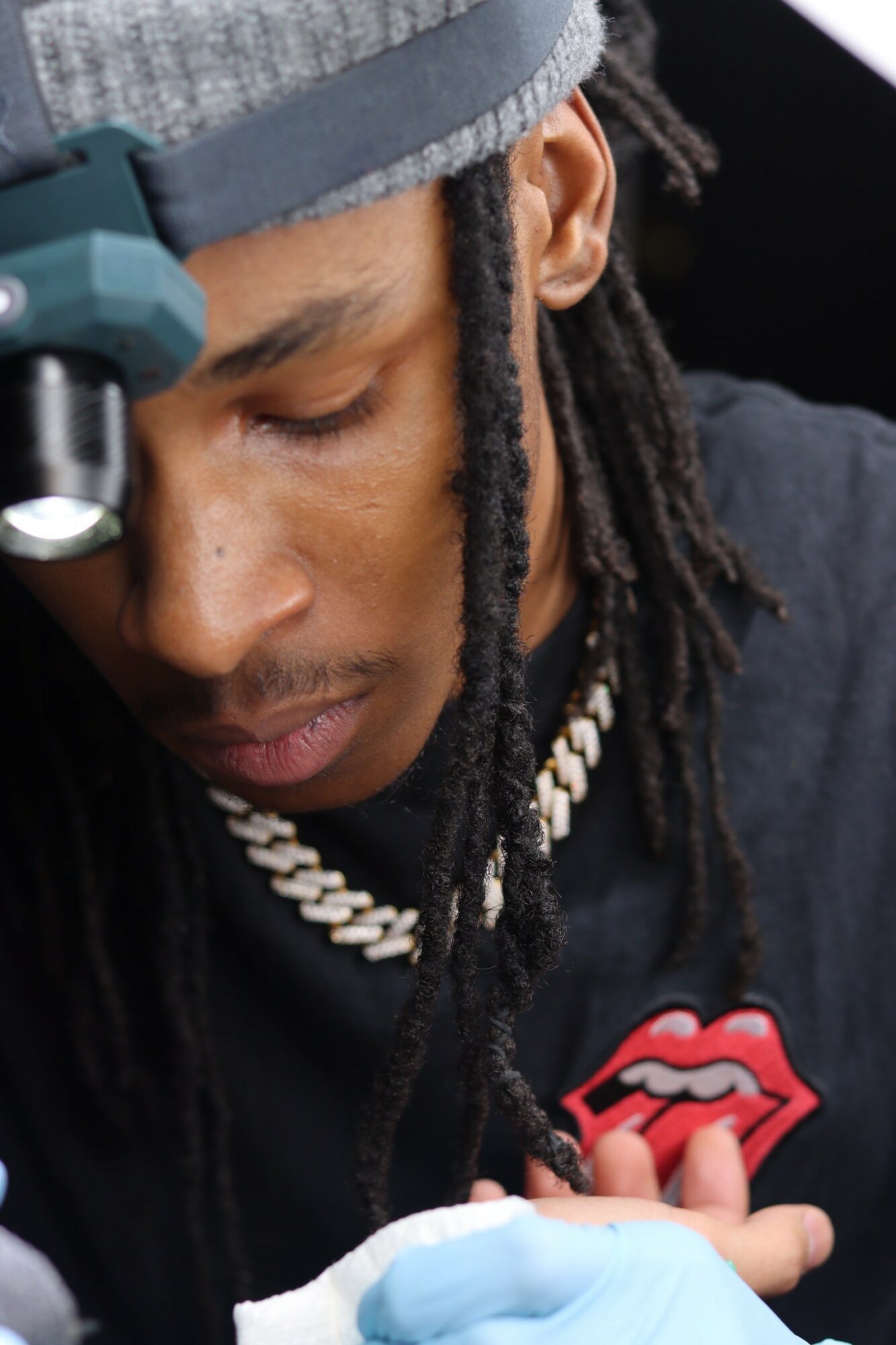