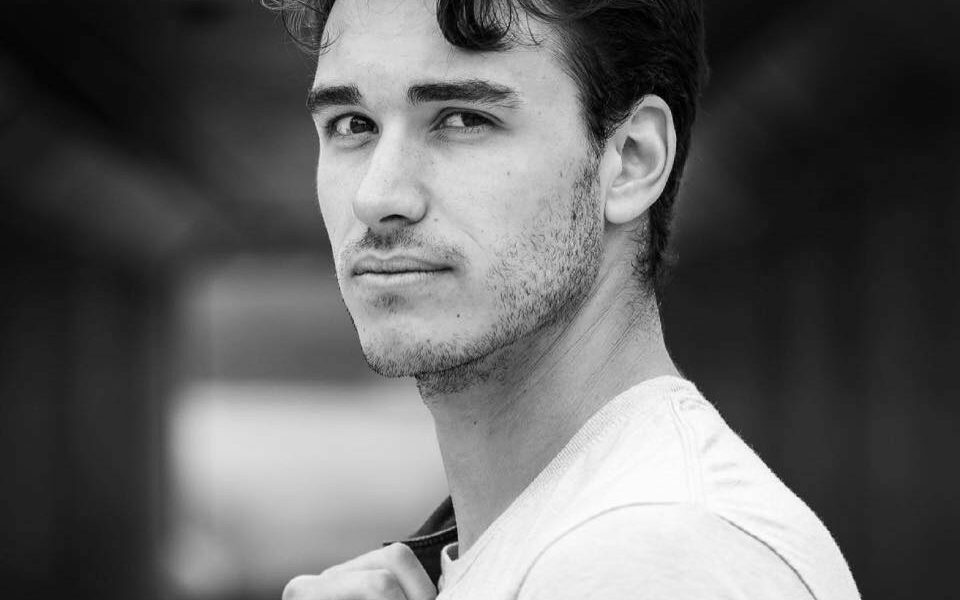 Today we’d like to introduce you to Dustin Petrillo.

Hi Dustin, so excited to have you with us today. What can you tell us about your story?
I moved to St. Louis in the Fall of 2019 with no job, no apartment lined up, and no clue what I would do. Surprisingly, this wasn’t the first time I had done this, as I had already gone through an unsuccessful stint in Washington, D.C. One thing I knew for sure, though: I was going to find acting work. Luckily, I had my foot in the door through my friend Caleb, who convinced me and my girlfriend (Avery) to move out in the first place. He is in the theatre scene and immediately started networking with us with industry professionals and creative peers. He also introduced us to the city and made sure we auditioned for shows. I was lucky enough to land a gig in “King Lear” with Ozark Actors’ Theatre in Rolla, MO. It was here that I met many respected St. Louis professionals, and I was fortunate enough to meet a future director, who gave me my next job in “Flanagan’s Wake” at the Westport Plaza. Between these shows, I hustled as a light board operator for multiple theaters and ushered at the Repertory Theatre to make a quick buck and pay rent. Despite a lot of immediate success in the theatre market, my first year in St. Louis was a constant struggle to stay afloat – as we all know, the arts don’t pay grandly.

In the middle of our three-month run of “Flanagan’s Wake,” COVID happened, and the world came to a standstill. Even though the theaters were shut down, I could still find occasional work in ZOOM and live-stream productions, which helped keep my passion for theatre alive. As the pandemic began lightening up, I was able to continue working as an actor with a local commercial company (YAK Productions) and focusing on writing a television series with my friend Caleb. During this time, I also became a Buildings Operation Manager and Event Manager at The Wild Carrot, a wedding event space in the Shaw neighborhood. This job provides me with a stable income and a more comfortable life while encouraging me to continue my acting endeavors. I could not be more grateful for the support Casey and Laura (the owners) have given me as I’ve navigated my career in the arts. After a brief stint of immobility due to a newly diagnosed autoimmune disease, I could pull myself back to normal health and continue acting on stage. Since the start of 2022, I’ve had the pleasure of working in a production of COCA’s “Matilda” as Mr. Wormwood, and my most recent performance as The Constable Man in The Black Rep’s “African Company Presents Richard III.” I’m taking a short hiatus from the stage to build my savings and focus on my creative side (writing screenplays, music, and photography). I’m excited to see what 2023 brings me, and I hope my journey keeps taking me to unknown places!

We all face challenges, but looking back, would you describe it as a relatively smooth road?
My smooth road ended the day I graduated college. Before that, life in Wyoming was small and simple. Once Avery and I took off on our journey to adulthood, we were financially independent and forced ourselves to learn many of the hardships of the natural world away from home. We lived off a mattress on the floor for 6 months in D.C. and often wondered how we’d afford groceries on a week-by-week basis. After D.C., our finances were so depleted that we had to move in with my parents for a few months to regain our footing – a very shameful and depressing time. Once we made it to St. Louis, the acting work was there for me, but the finances were still problematic. I stayed swamped working side hustles and gig after gig, but it was only ever enough to get by. COVID briefly put a full stop to my acting career and took away future opportunities that could have been. During this time, I also lost two family members – my grandmother to Alzheimer’s and my Aunt Babs to natural causes. These deaths were very hard for my family. Once COVID died down, and the finances got a little better due to my new day job at The Wild Carrot, I was thrown for a loop when I started developing blood clots in my leg. These clots were so painful that I wound up in the hospital for a week and could not walk for almost an entire month. I was finally diagnosed with antiphospholipid syndrome and was able to seek the treatment I needed. This is an ongoing daily battle, and I will most likely be taking blood thinners for life, but I am seeing positive progress in healing. These are the bumps in the road so far, and I know there will be others, but all you can do is stay positive and keep pushing forward.

Alright, so let’s switch gears a bit and talk business. What should we know about your work?
I’ve always been passionate about writing, film, music, athletics, and above all else – acting. I’ve worked for my family and in small school productions since I was tiny, and it only grew with me as I grew. I served through high school and college, and I’ve been acting consistently throughout my adult life. I’ve found professional work in both stage and film in Wyoming, Nebraska, Washington D.C., and St. Louis, where most of my work has been done. My reputation in St. Louis comes down to people knowing me as an actor. Which is something I take great pride in as telling people you’re an actor can sometimes come across as tongue-in-cheek considering most people consider a successful “actor” as someone on Broadway or in Hollywood. That’s not the truth, though, and I’ve been able to make a successful living performing challenging and entertaining roles in a small market, which I find excellent. I’m most proud of being a versatile actor. I could play any role I’m handed, and I take great pride in building and developing that character to meet the challenge. Suppose I were to guess what sets me apart from others. In that case, I can observe human behavior on a micro level and understand people profoundly and emotionally without even saying a word. This ability has helped me in my acting as I can quickly transfer from emotion to emotion and understand how certain gestures and physicalities symbolize specific ways of storytelling.

Is there any advice you’d like to share with our readers who might just be starting?
I think, as an actor, auditioning is the #1 most nerve-racking thing, so here’s my advice for that (something that I tell myself before every audition): They want you to be just as good as you want to be. Be confident, be yourself, and trust yourself in telling the story. In the arts, it’s easy to get caught up in the competition, but at the end of the day, all your peers are your number one fans and most prominent supporters. I wish when I started that, more people were rooting for me. 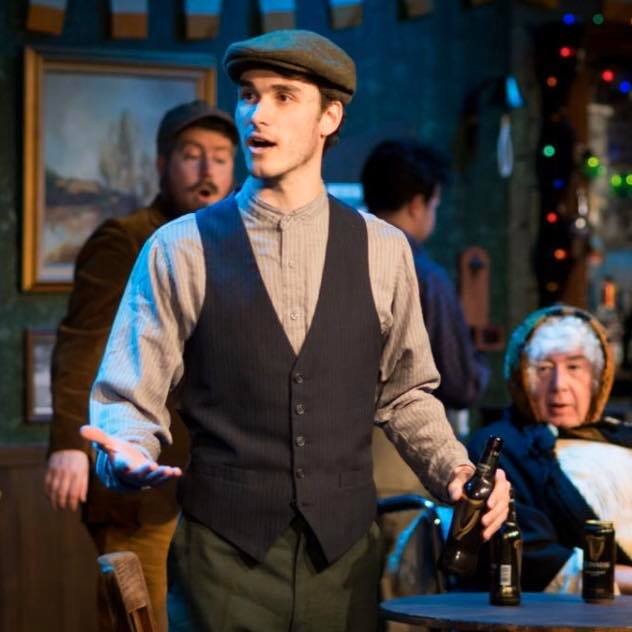 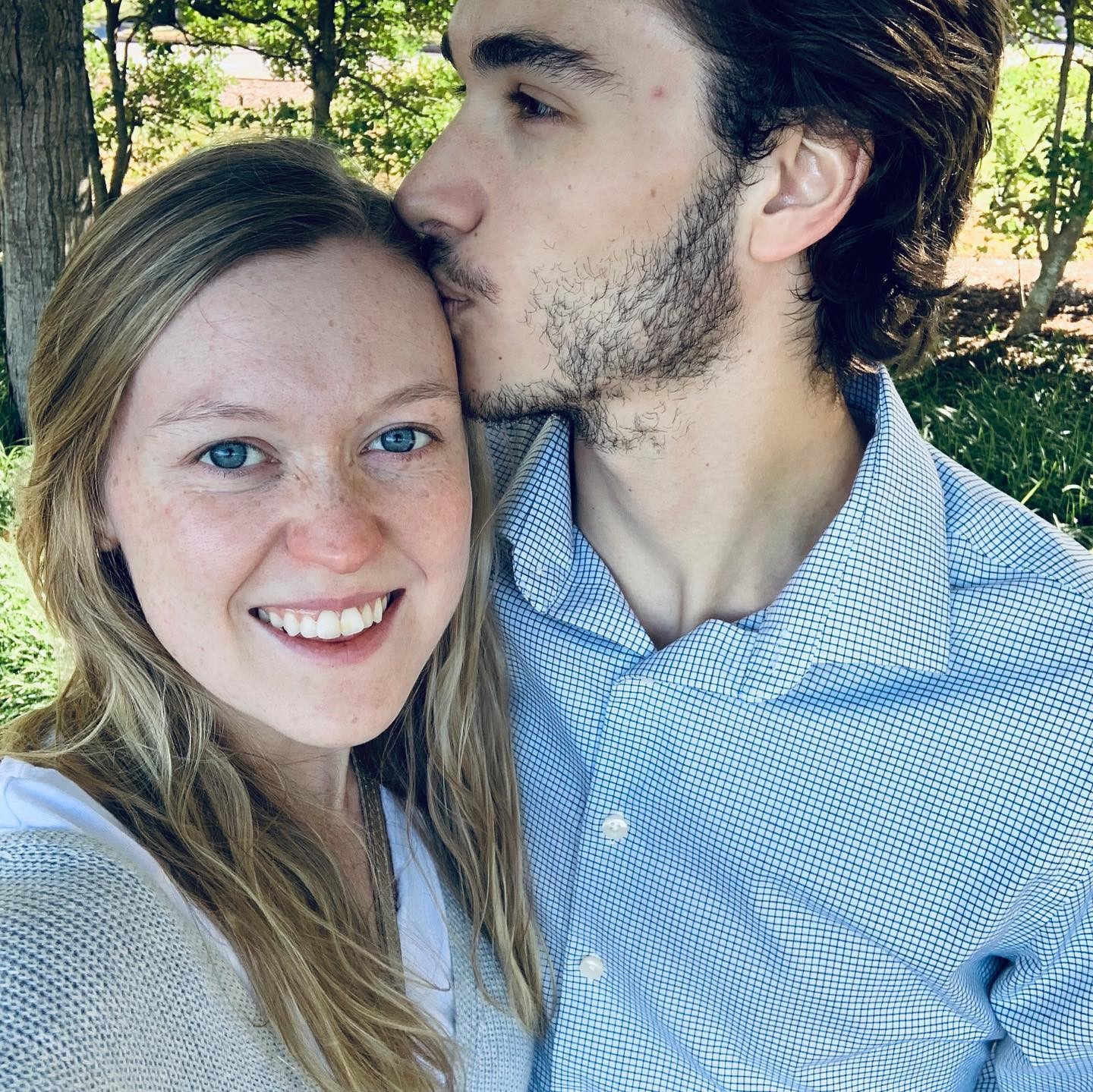