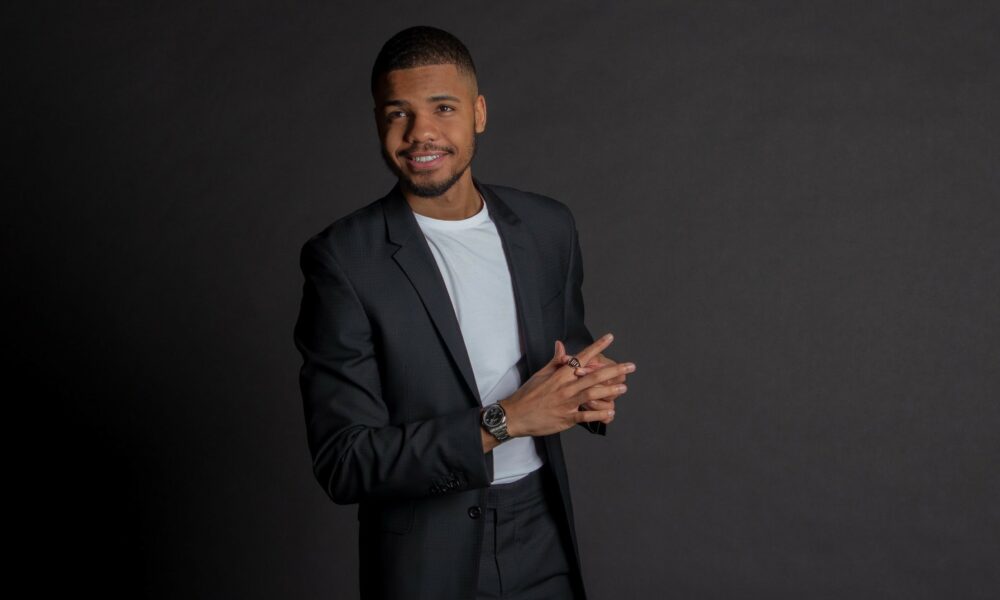 Today we’d like to introduce you to Lamont McGee.

Hi Lamont, so excited to have you on the platform. So before we get into questions about your work-life, maybe you can bring our readers up to speed on your story and how you got to where you are today?
I discovered the art of magic at the age of 14 years old when I met a kid named Austin Circo, now one of my closest friends, who performed both juggling and magic. In an attempt to befriend Austin, I tried to learn juggling and quickly learned that it was not the skill for me! Shortly after, Austin showed me a few magic tricks and I was immediately fascinated by it. I begged him to teach me and he did. This initial exposure to magic is what planted the seeds for what would eventually grow into an obsession.

It did not start out as an obsession though. While I initially thought magic was cool, it was not something I took seriously and that did not change until a couple of years later. As a kid, I struggled with mental health and at one point, I was hospitalized because of it. It was there that I met a therapist who suggested that I take up a hobby to help keep my mind busy. Magic was the first thing that came to mind and from that point forward, I delved deeper into the magical arts, learning everything that I could with the limited free resources available to me at the time. It turns out that the therapist was right! As my interest in magic grew, my mental health strengthened. It is because of this that I believe that magic saved my life.

As I learned more and more about magic, my urge to showcase my newfound talent grew, so I started filming magic videos on the streets of St. Louis and posting them on Youtube, which was still in its infancy at the time. Now, back then I did not have much money, so I had to be very resourceful and utilize everyday objects around the house and the environment itself to create illusions. This was a very satisfying moment early on in my journey because my Youtube videos began gaining a lot of traction within the magic community, so much that prominent magicians and a few TV producers reached out to me. The TV opportunities did not materialize into anything, however just having the discussion did wonders for my mental health and confidence! It made me feel like I was born to be a successful entertainer!

A few years later, I launched my first general admission public stage show, called “Mind over Magic”. The show featured myself and the guy that originally introduced me to magic, Austin Circo. I was able to leverage my growing audience on social media to promote the show and it premiered at a St. Louis venue called “The Monocle”. The show was a hit with audiences! The premiere and many shows after sold out! “Mind over Magic” took about 18 months to create. To see it come to fruition and be widely enjoyed by audiences is definitely the most satisfying moment in my journey to date and will forever hold a special place in my heart.

After performing “Mind over Magic” for some time, I wanted to expand and make a living from performing, so I launched “MysticMagic Entertainment LLC” and began performing for corporate audiences. Today, while based out of St. Louis, I travel the country and perform as a luxury branded Mentalist at corporate events and for business personalities!

I’m sure you wouldn’t say it’s been obstacle free, but so far would you say the journey have been a fairly smooth road?
It has not been a smooth journey. As a kid, I was bullied by an online magic community because of the previously mentioned popular Youtube videos. Those videos brought me a lot of attention, both good and bad. This was very challenging as a kid who struggled with mental health. I had to fight very hard for it not to derail my progress. Til this day, it is not very common to see African Americans performing magic. That combined with the fact that I was performing illusions on the streets of St. Louis and posting them online upset a lot of magicians because it wasn’t considered “Traditional” or the “normal” way of doing this. Life is funny though because now it is extremely common to see magicians posting their performances online and because of the current COVID-19 pandemic, is the only way most entertainers can work!

Speaking of the pandemic, that introduced my biggest challenge to date. COVID-19 completely shut down the live entertainment industry and effectively halted all of the momentum I had coming into 2020. 2019 had been the most successful year for my business, MysticMagic Entertainment, to date and my team and I had plans to take it international during 2020.

Once live performances were shutdown, to stay busy I began trying to improve the logistics of my business and overall knowledge base. I created new material for my shows and became certified in sales so that I may better serve my clients once the world completely re-opens! In the meantime, I’ve also began creating an online show that will be available to both the public for general admission and private corporate events.

This has been the longest I’ve gone without performing since I first started as a kid. Fortunately, I’ve still been able to stay involved with magic and grow my business in other ways during this unprecedented time!

We’ve been impressed with MysticMagic Entertainment LLC, but for folks who might not be as familiar, what can you share with them about what you do and what sets you apart from others?
I specialize in a very unique style of magic called “Mentalism”. Mentalism is reading thoughts, reading body language and predicting the future! I also specialize in metal bending, which is bending spoons, forks, coins, nails and other kinds of metal with only the power of the mind!

My brand and service offerings is what separates me from other entertainers. Many performers in my industry do not really have a brand and as a result caters to all audiences. I am branded as a Luxury Mentalist because I provide a very elegant & upscale style of entertainment that is typically preferred by high-end corporate events and business personalities. Clients are able to see my website and social media and are immediately instilled with confidence due to the strength of my brand. This is something I am very proud of! Despite my brand working wonderfully, I still think everyday about ways that I can not only improve the brand but also customer experience!

I specifically offer bespoke stage and strolling performances to my clients. My performances are completely customizable, so for example if a company has a new product, logo or message that they would like to convey to their audience, I can organically incorporate it into my performances. This unique blend of entertainment and information is exciting for audiences and helps them better retain the message or product being conveyed!

Let’s talk about our city – what do you love? What do you not love?
The professional St. Louis entertainment scene is extremely supportive and I’ve met many wonderful entertainers of all kinds, that are always willing to help! Unfortunately, St. Louis is very small and I’ve found that it is not as entertainment-based as other cities that I have performed in. This can make it very challenging for entertainers to grow within the city alone. 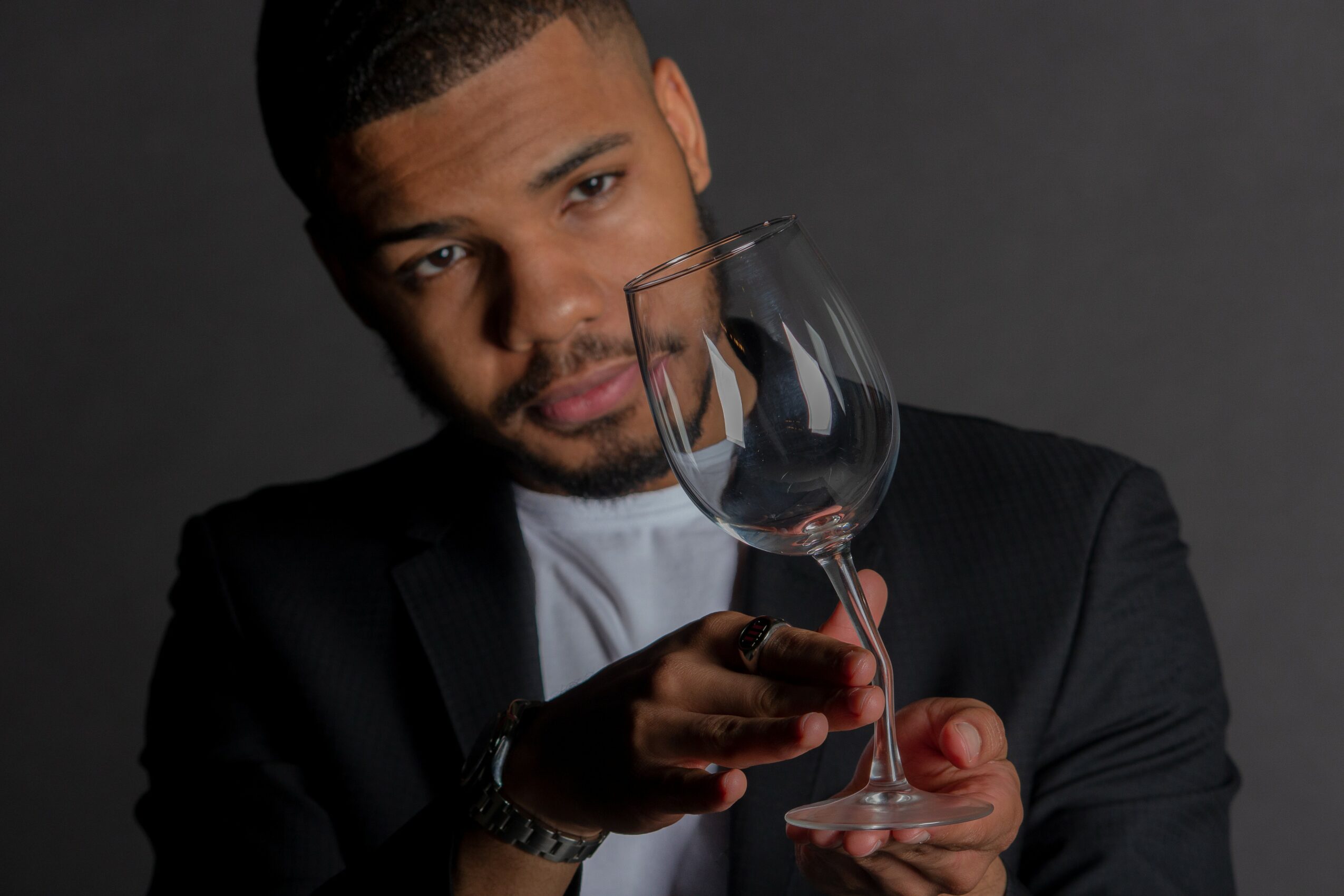 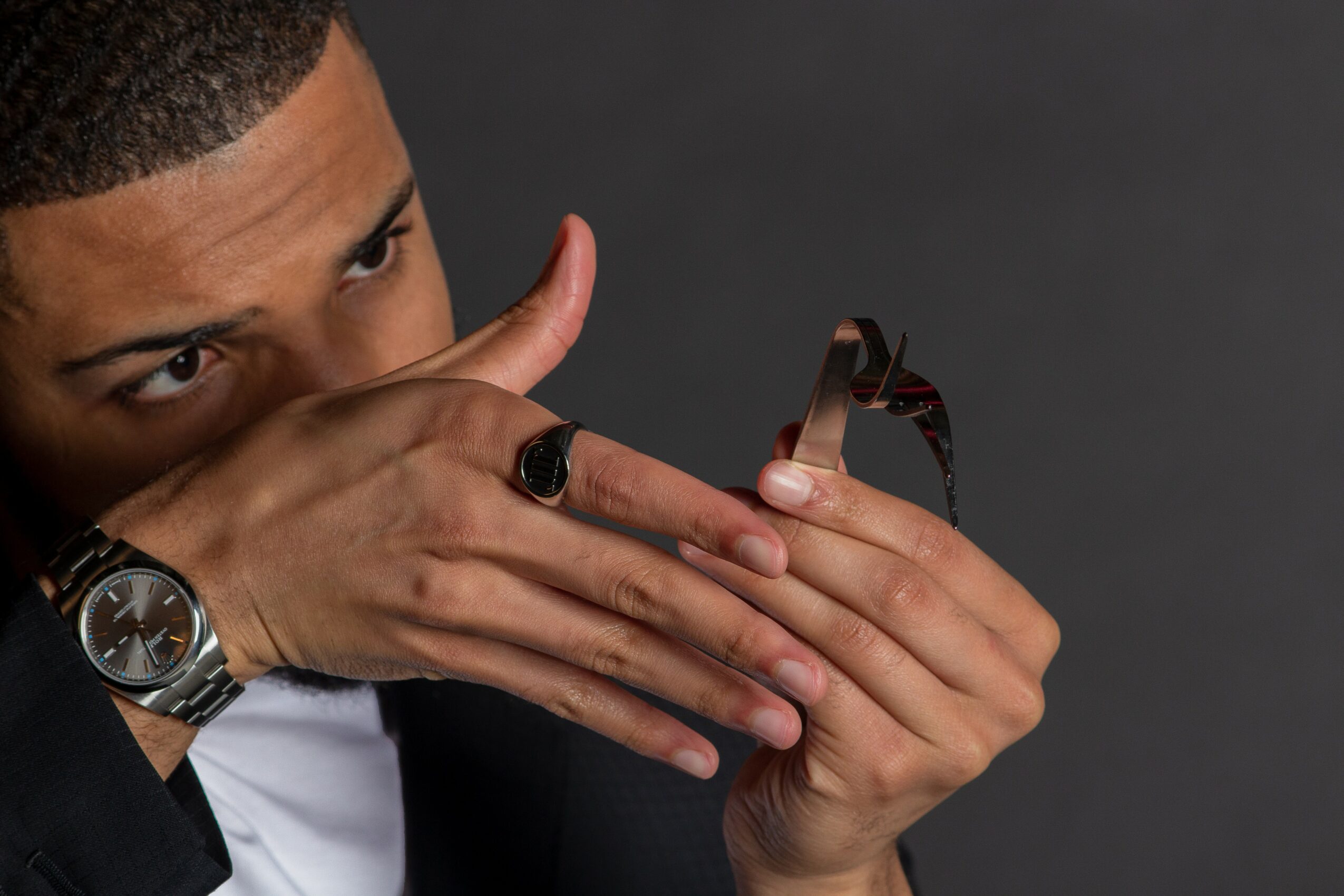 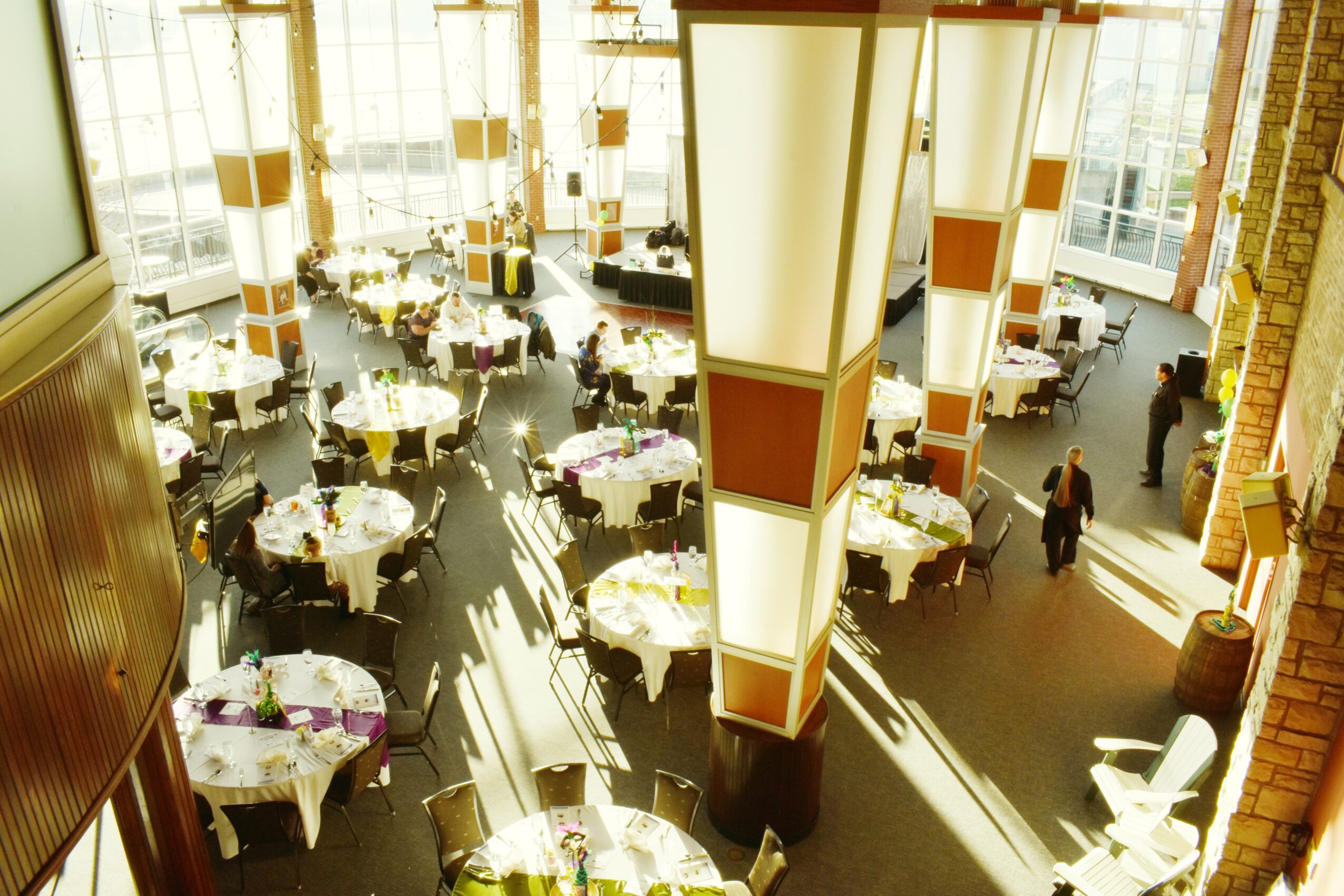 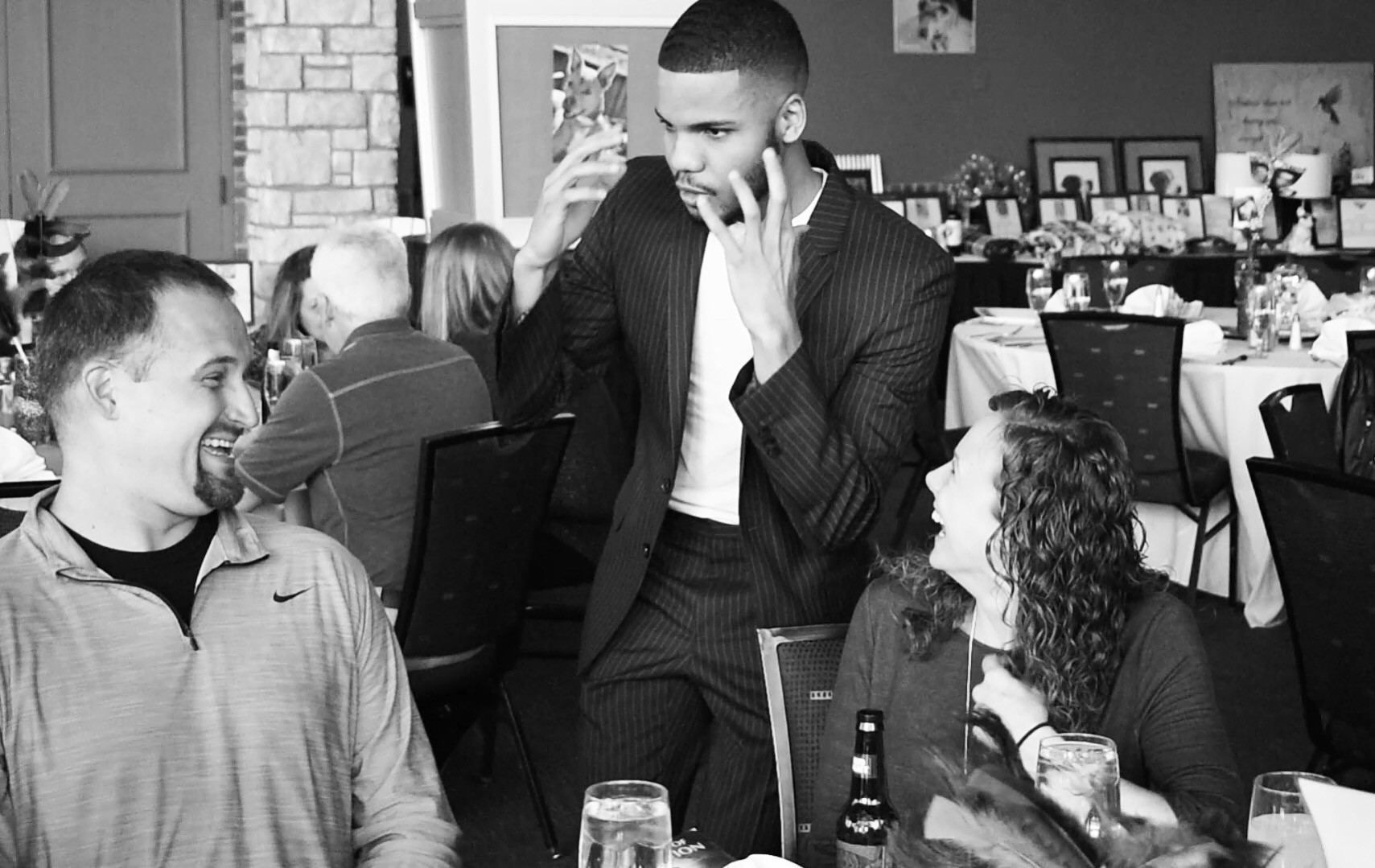 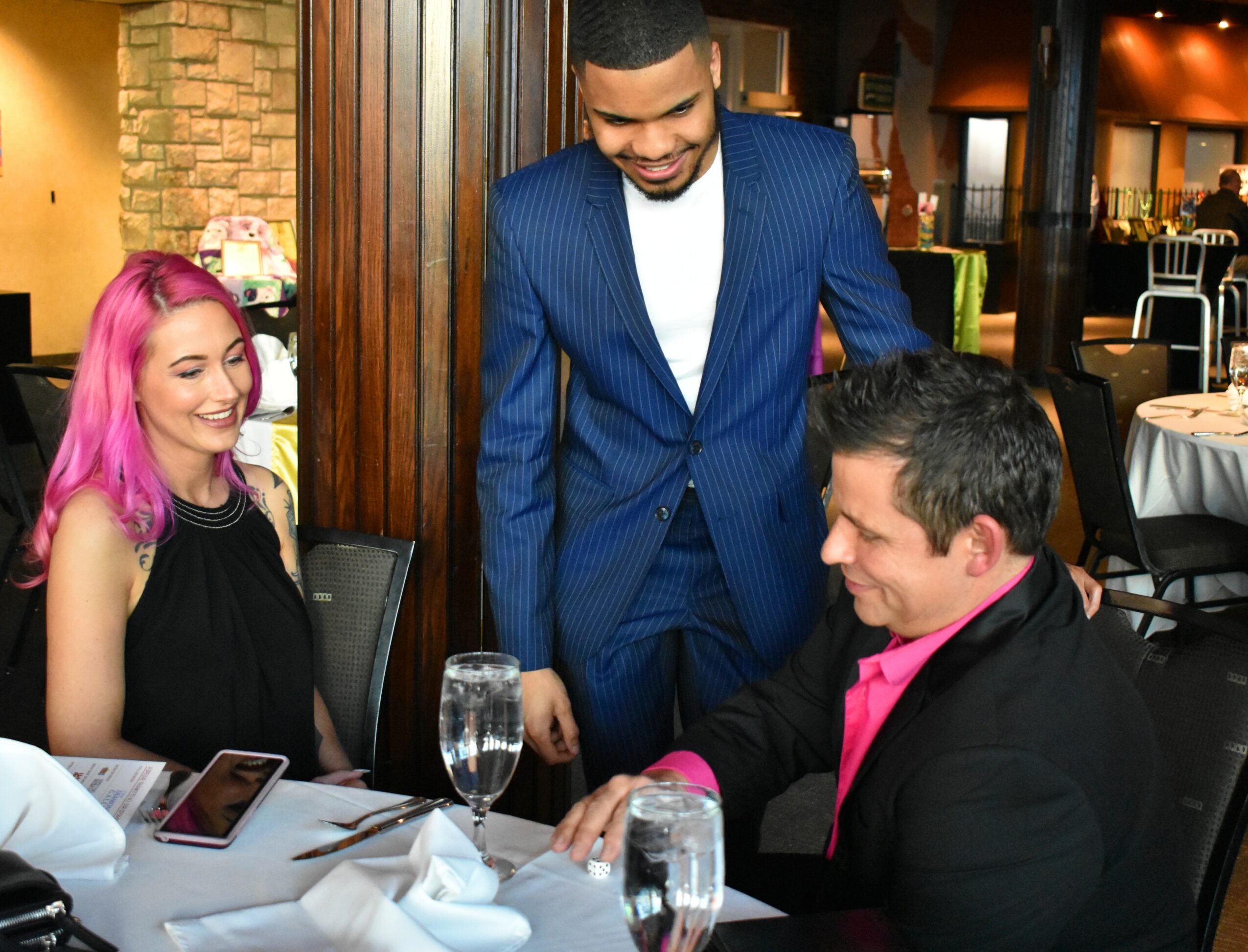 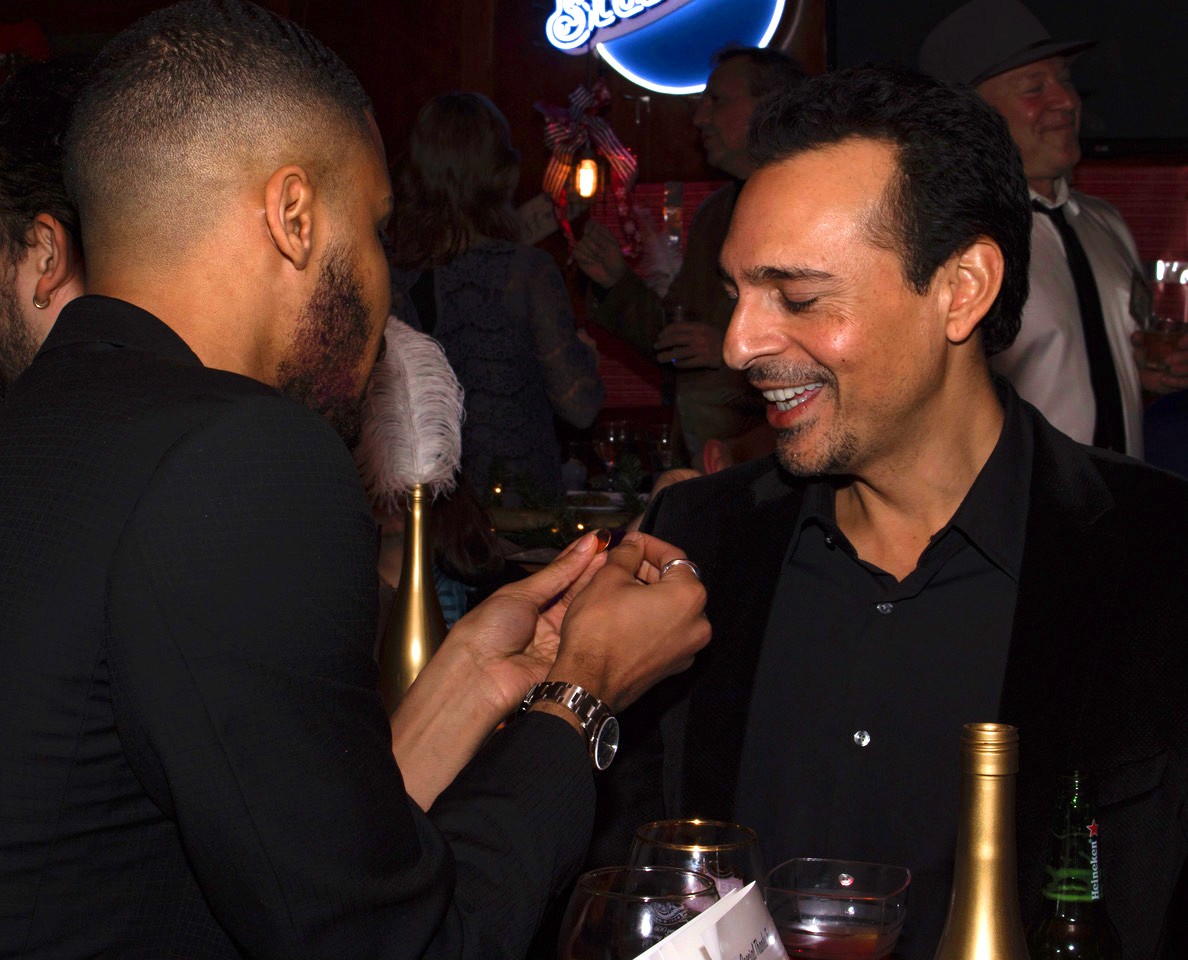 Image Credits
Bethany Bryant Photography (For the 5th photo of the man in the black suit & black dress shirt smiling only).