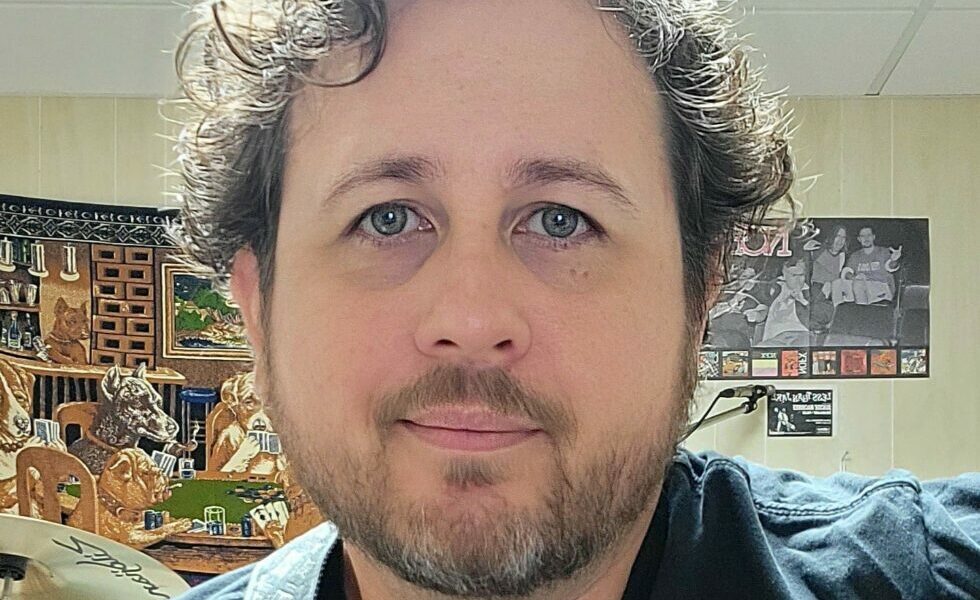 Today we’d like to introduce you to Nick Vullo.

Hi Nick, please kick things off for us with an introduction to yourself and your story.
Music has always been big for me. Though I grew up in Rochester, NY, I was born in St. Louis and spent nearly every summer visiting my dad. He also is a performer in his own right. As far back as I remember, he had always loved to play guitar. As I got older, I wanted to play drums so badly. He purchased my first set from St. Louis drum headquarters. I don’t believe it is in business any longer. My mom got me set up for lessons back in NY. Back then, some friends and I would start jamming now and again. Basic punk grunge band as it was in the early 90s. We called ourselves Spork that spoon-fork thing taco bell used to have. The one performance we had was at the guitarist’s house. It proved to be one of my most amazing experiences. That was the day I met my wife. Only 15 at the time, Lisa and I hit it off that day, and we’re inseparable.

Now nearly 3 decades of life together, we just celebrated our 18th wedding anniversary. She followed along with me as my focus shifted to the theater. We were also influenced by my father, who taught theater for St. Joe’s girls’ school until he retired. After 4.5 years at Buffalo State College in NY, we moved to Los Angeles to escape the cold and chase the dream of being a movie actor. Unfortunately, I fell short of that dream like so many ahead of me. While there, the writers union went on strike, and the industry tanked. There was very little acting work, and I had to find real employment to survive. I worked in retail then, and a coworker was a singer and guitarist. We discovered our love for punk rock music was mutual, and he was trying to get his band going. He had several songs that just needed other instruments. He asked me to drum. I had little going on at the time other than leaving retail to work in Safety Consulting, so I went for it. We eventually found a solid team adding a lead guitar and bass. We played together for a few years throughout southern California. The Natives also went on a couple of trips to Las Vegas, where we drew a crowd. Our sound is much akin to bands like face-to-face and bad religion. The studio and my age would be my reason to step aside eventually. They were all much younger, and trying to keep up became exhausting. The bassist went on to join The Bombpops, who are still tearing it up on stages worldwide as one of Fat Wreck Chords’ many bands. I was nearly 30, and Lisa and I were ready to start a family. I let go of the entertainment world. We moved to Missouri to be near family, as many of them had returned to the area. Including my mom and stepdad. I was fortunate to keep my job safely and work from home. However, I’ve had guitars in my possession since the 90s. I had focused more of my musicianship on drums over the years. I was only giving some attention to guitar and songwriting.

After returning to where I was born, my time had freed to the point where I could devote much more time to singing and playing guitar. I started learning more and more, and my vocals were improving. Many bands I grew up listening to had also aged as people do. Several lead singers began composing acoustic albums like Joey Cape of Lagwagon, Tim Barry from Avail, Kevin Seconds from 7seconds, and the late great Tony Sly of No Use For A Name. This led me to discover songwriters like John Moreland, Jason Isbell, and The Avett brothers. I fell in love with the simplicity of American/folk music. It was like punk rock for older people. It felt like these bands grew up with me.

I began accumulating more instruments and set up the basement music room I’d always wanted. I found another guitarist and played in a duo called 2 Off Balance for a moment. Named as such, from a similar balance disorder we shared. Started with a guy and me I met off Craigslist who had a similar interest in music. We played a few open mics but not much more beyond that. It seems st. Louis is a town of classic rock covers only, and trying to get anyone to listen to originals or even punk rock these days is nearly impossible. St. Louis used to have a huge punk scene. In the 90s, my friend took me to shows like The Side Door and other venues in St. Louis. This is where I was first introduced to punk. Unfortunately, that friend passed suddenly last month. He will never be forgotten for the influence he had on me. Now a dad of 2. With one son, Dominic, who is 8, and Sophia, our daughter, 10, I don’t always have much time to devote to music. It’s a struggle as I find it challenging to play covers I’m not a fan of to appease an older crowd at a bar. However, I’ve been playing as often as possible at home and working on finding my true singing voice, which I believe I have finally captured. I plan to get to some open mics again soon and hopefully find a way to get some real gigs playing acoustic where ever possible.

Nonetheless, I will continue to try to put myself out there. Music gives me so much joy. Without it, I doubt I would have gotten through so many things.

Alright, so let’s dig a little deeper into the story – has it been an easy path overall, and if not, what were the challenges you’ve had to overcome?
Not in the least. I have a balance disorder that started suddenly in 2014. 10 days before our son was born. It’s been a struggle from doctor to doctor, finding little relief. I still suffer from this today.

Thanks – so, what else should our readers know about your work and what you’re currently focused on?
I work for The Shield Group. A California-based safety consulting company specializing in compliance for dental and medical offices. When living there, I was one of their consultants. These days, I run scheduling and sales from a home office.

Any big plans?
Though the company has been amazing to me, my true passion is in entertainment. Always trying to improve me, and I aim to work for myself someday. Not sure how to obtain that just yet. 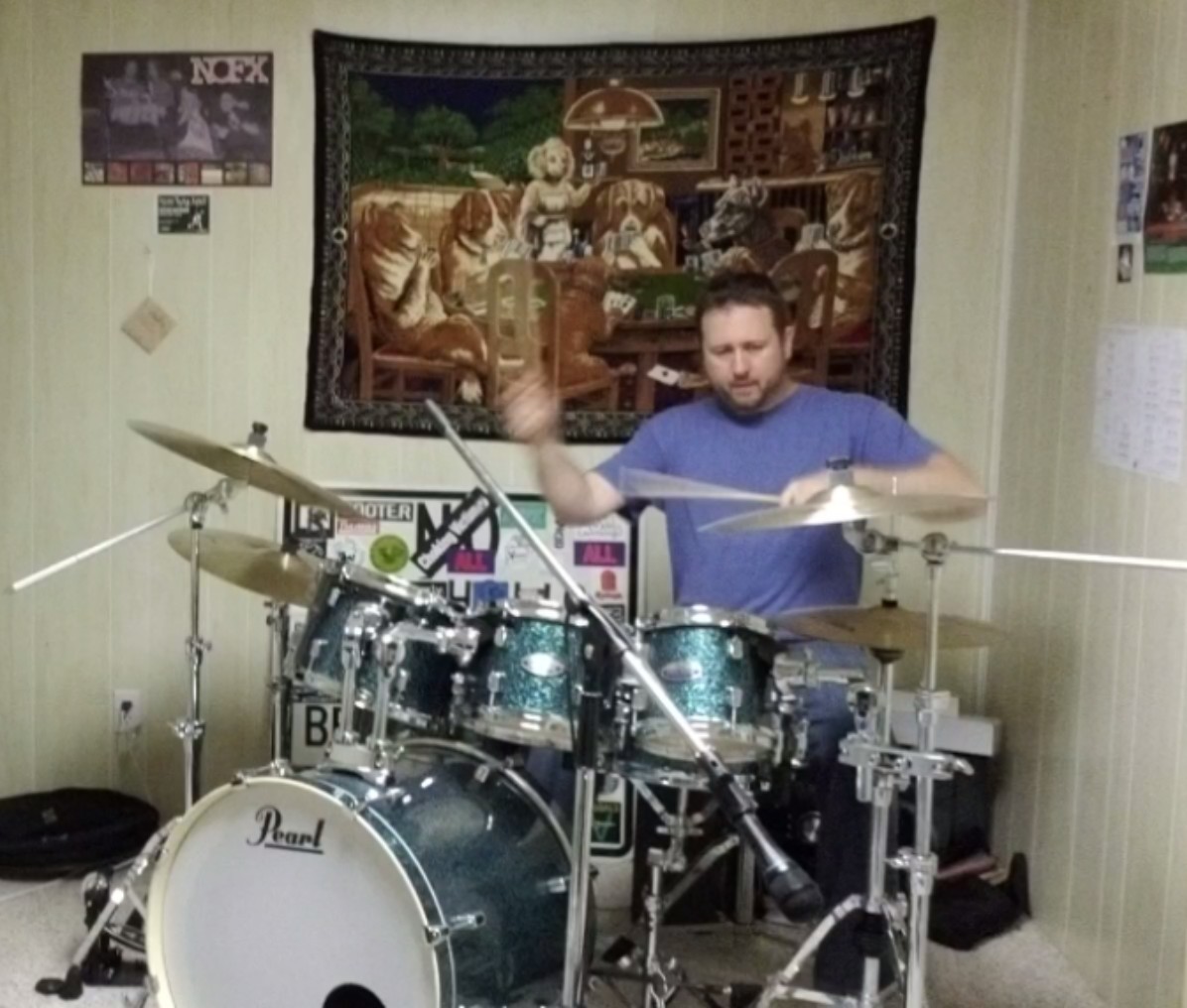 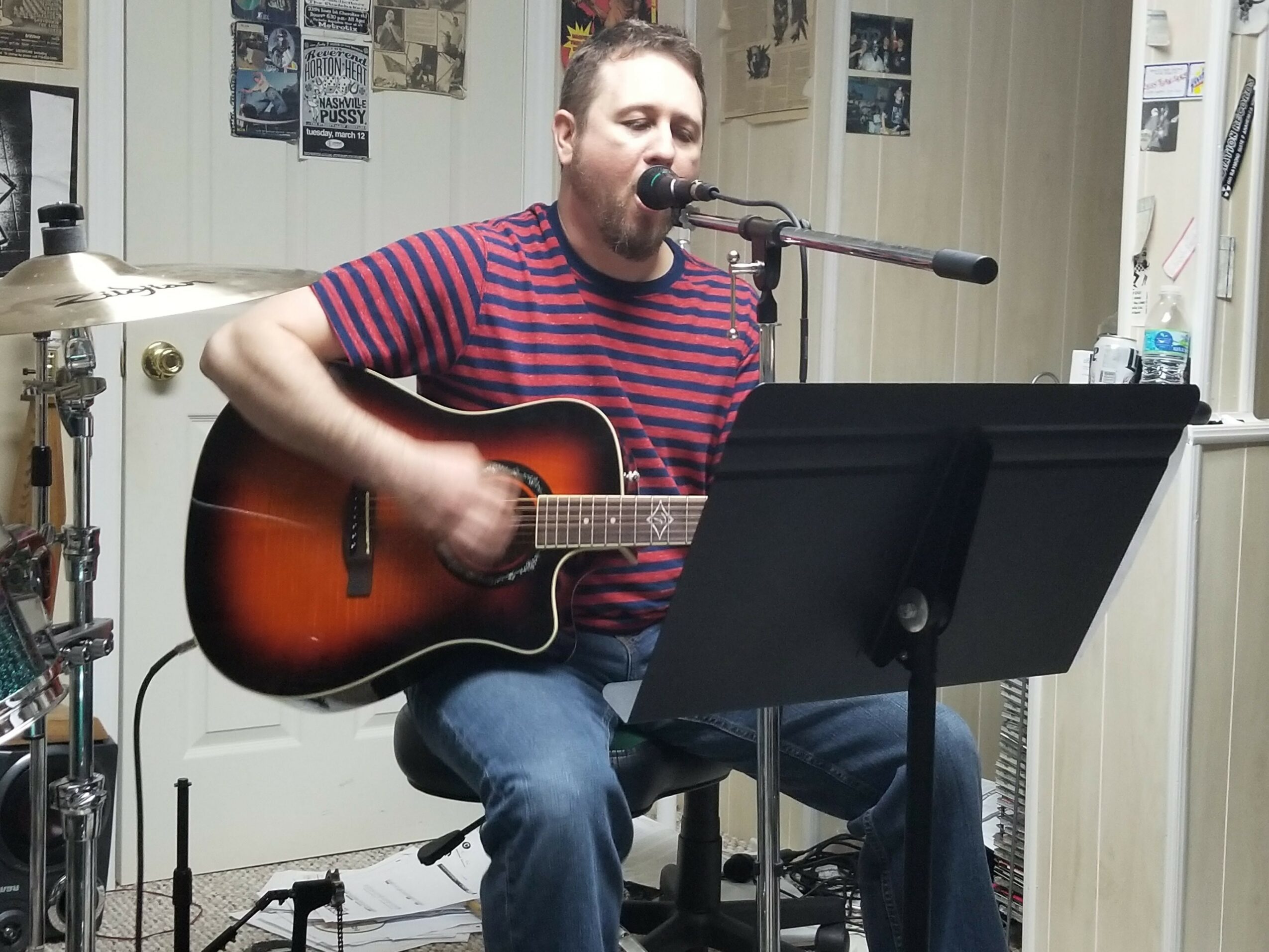 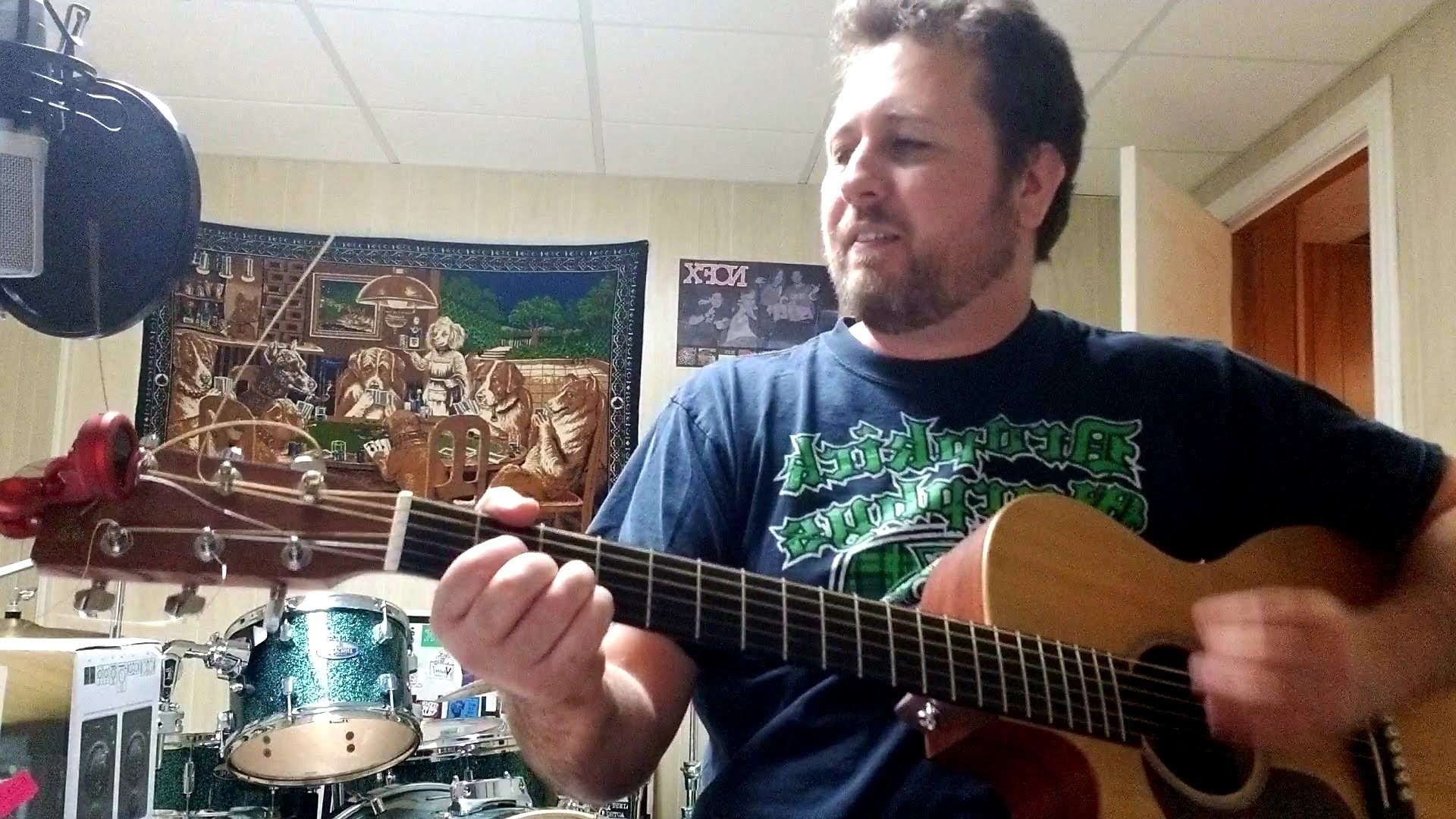 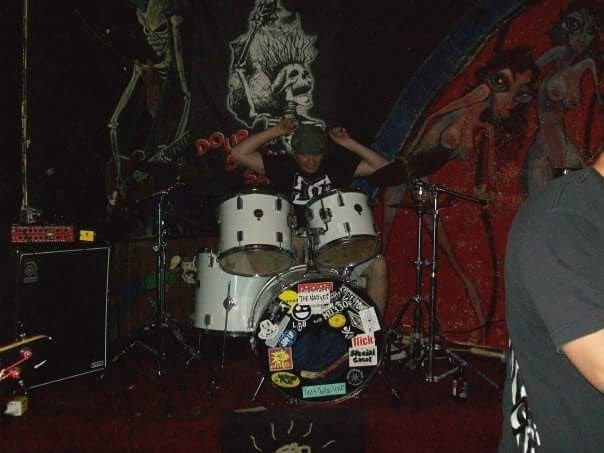 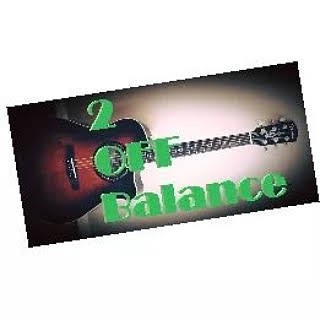 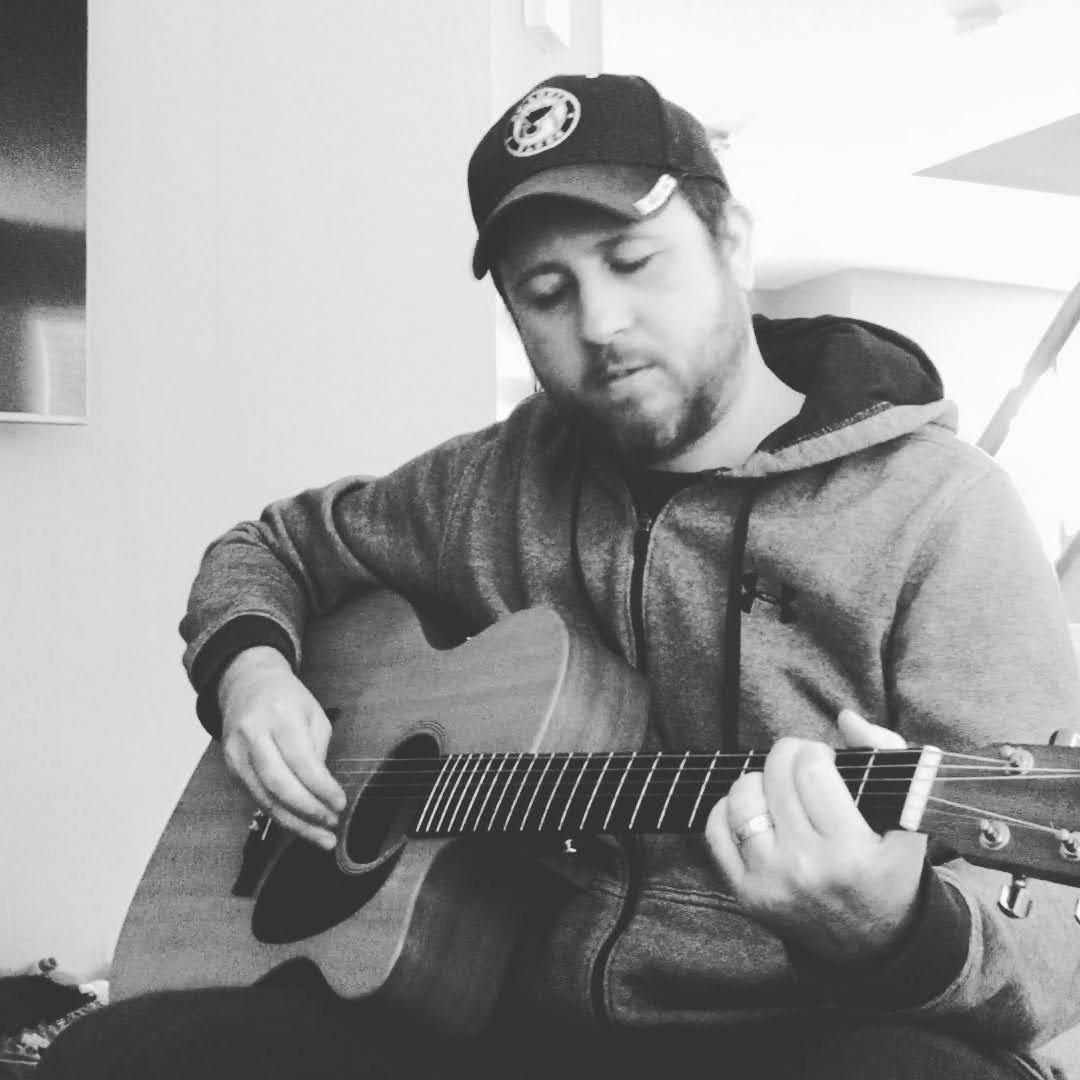