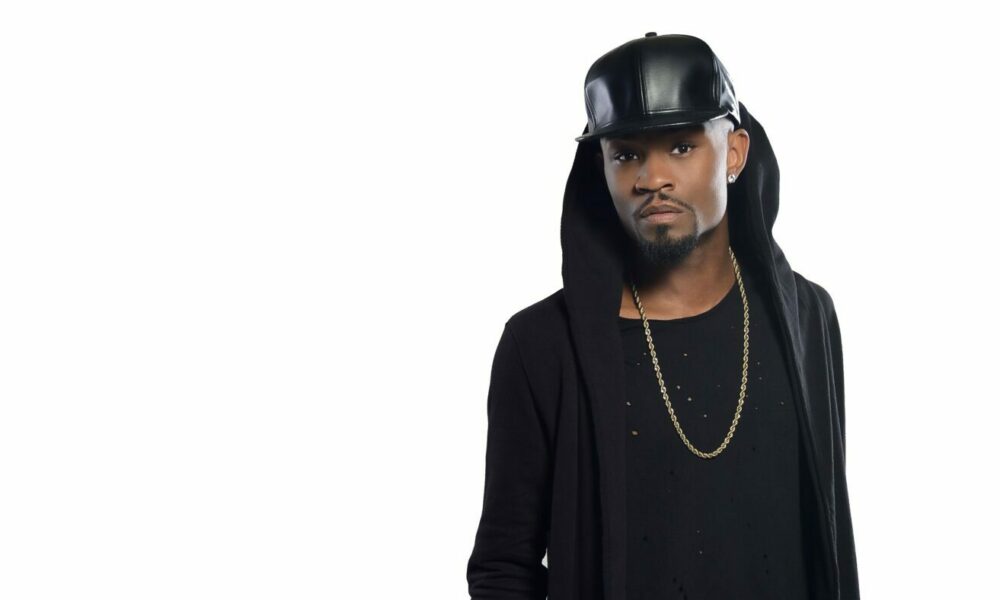 Today we’d like to introduce you to Alan “PHLEX” Kirk.

Born in St. Louis, Missouri, before I could even open my eyes I won the award for prettiest baby in St. Louis… and it all begins. At the age of 3, I learned how to play, rewind and play again a VHS tape of the movie Purple Rain starring my idol Prince.
I would watch this over and over, from then I knew I wanted to entertain! At the ripe age of 8, I was driven and skilled enough to start my own dancing, singing, and acting group in my school and neighborhood. I tried to lead this group with as much maturity as I could by setting up performances, holding people accountable, and really taking it seriously at such a young age. This coexisted with me starting football at the age of 7.
By the age of 13, I was skilled enough to audition and join a professional agency called MaTiff Dance Agency.
I quickly gained a lot of knowledge and skill and I was able to become the assistant choreographer to the director of the program. One year later I entered high school and started the first co-ed hip hop dance performance team in the state of Missouri.
I also pursued other arts such as acting and singing.  Starring in many musical theatre productions, it allowed me to become a musical theatre choreographer and director. This led to me winning many awards along with state and national championships. I continued playing football and eventually became the number one wide receiver in the state.
Throughout high school I was able to balance all my extracurricular activities and maintain a 3.9 GPA. After graduating high school, I started my own dance company called Phlex Productions. We performed at every major event and concert in the city making us the premiere entertainment company in the midwest region. This recognition led me to become the choreographer / creative director for NELLY and the ST. LUNATICS, CHINGY, and JWON. All of these entertainers being STL natives and groundbreaking pioneers, it put STL on the map in the music industry. Up until this point in my career, it wasn’t easy at all for me. I had to work extra hard and display an extreme amount of passion and dedication as well as the everyday fight of just being who I am, but I was determined to go further!! At age 19 I was presented with my first opportunity to be on a nationally televised dance show called “THE WADE ROBSON PROJECT” on MTV.

I became a top 10 finalist on the show and was able to get an agent in the entertainment capital of the world, Los Angeles. This is where my adult professional entertainment career began. I then moved to Los Angeles to pursue my entertainment career in all aspects. Born a teacher, a leader and a mentor, I was able to become a teacher at the world-famous Debbie Reynolds Dance Studio. This allowed me to pour into so many dancers and help them achieve their dreams which has always been my calling! Along with teaching I was going to audition after audition and would always get to the end but never was booked for the job. This was so discouraging and frustrating as I had the talent for it but I moved to LA as a choreographer first and a dancer second. This was intimidating to other choreographers and directors because I was seen as being a conflict of interest.

I tried and I tried and I tried but I was not booking anything. I contemplated giving up so many times but I had too much determination in me and I wasn’t going to give up… this was just fuel to the fire! After 5 long years of pursuing, I received a call from my agent saying “MISSY ELLIOTT personally requested you and would like you to dance for her!” I was able to tour with MISSY all over the United States. This was one of my biggest dreams but little did I know it was just the beginning! Shortly after I received a call from my agent saying “RIHANNA personally requested you, she wants you to be a lead dancer for one of the biggest televised shows in the world!! I had auditioned so much, but for these jobs, I was directly booked because of my unique style and work ethic. I realized your time will come but never give up on yourself and who you are regardless of the adversities you face.

Your uniqueness is what will set you apart and once you’re ready you will be the only YOU!! I HAD ARRIVED!!!!! IT WAS MY TIME!! My choreography career took off like wildfire. My first choreography job was my biggest dream. I was able to choreograph and direct for BRITNEY SPEARS’ “IF YOU SEEK AMY” music video as well as the CIRCUS TOUR. 3 weeks after booking that job I was able to begin working with BEYONCE on her music video “VIDEO PHONE” starring LADY GAGA as well as “RUN THE WORLD” and her SASHA FIERCE TOUR. This work got me a nomination for an MTV Video Music Award for BEST CHOREOGRAPHY! The rest is HIStory!!

I have worked with many renowned artists and celebrities such as BRITNEY SPEARS, BEYONCE, KELLY ROWLAND, RIHANNA, MISSY ELLIOTT, JENNIFER LOPEZ, SNOOP DOGG, BIG SEAN, FLO RIDA, ROBIN THICKE, and so many more! Also I’ve worked with networks such as MTV, BET, VH1, FOX, ABC, NBC, LOGO, OXYGEN, and more! I currently pursue entertainment in all aspects. I develop artists and help them get to where they need to be to reach the success they desire. I teach all over the world to both kids and adults. I produce huge celebrity Hollywood industry red carpet events and empowerment events as well. To me, I still have so much to do in this world! I have begun pursuing art and am now selling my art to consumers.

I also would like to get into fashion design and styling. I will soon open up my own talent agency so I can help guide people to their dreams! My story is very much DON’T GIVE UP AND HARD WORK, DEDICATION, DETERMINATION ANDDISCIPLINE will get you where you want to be, you just have to be patient and continue working and soon YOUR TIME WILL COME! I have always lived by this quote “STRIVER’S ACHIEVE WHAT DREAMERS BELIEVE” keep on working and you don’t have to dream it will truly be your REALITY!

Alright, so let’s dig a little deeper into the story – has it been an easy path overall, and if not, what were the challenges you’ve had to overcome?
Although I was given this gift by God, the road has been far from easy! This is my purpose on earth and the struggle and adversities are to make me wiser and stronger and be able to share my gift with the world. Growing up as an African American male is already a born obstacle and to be a gay black man is and was a harder road than your average person. I was exposed to racism and hate at a very young age. I knew I would have to fight and be stronger than normal because it wouldn’t be easy for me. Every level of success I have been blessed with came with so many challenges and adversities I couldn’t see the reward until it actually happened. It always seemed as though it wouldn’t happen but I never gave up.

As a sports player, I was the best in the state but was teased and ridiculed on a daily basis. As an entertainer, I wasn’t allowed many opportunities because of the way I am. I struggled with having such a bright light that it intimidated people and they would not give me opportunities and they would try to take from me what I’ve earned. I was extremely educated and wanted to attend college but when I was scouted for sports by UCLA, I was denied a scholarship because of my sexuality and not being accepted in sports at that time. This crushed me and I had to really build myself back up to pursue entertainment and move to LA. Being a teacher you have to realize… you will be taken advantage of and sometimes that’s all the person wants is what you can give them other than that… they have no care.

This is hard to deal with because I do have so much care for people and being an empath I feel everyone’s emotions and carry them and want to help fix them heal them change them and that can come with a lot of disappointment… To be great is to receive hate. The good always outweighs the bad. It’s part of what you sign up for.

Appreciate you sharing that. What else should we know about what you do?
I specialize in teaching and motivating and mentoring. I also specialize in artist development! I am proud of all the achievements that I said I would have AND I GOT THEM

–MTV Video Music Award nominated
-Working with the top artist in the world
-Setting goals and accomplishing them – my drive and determination
-Mentoring and motivating people, helping them change their lives for the better.

What sets me apart from others I would say is my deep care and passion for everything I do. It’s one thing to do something  but it’s another thing to actually care about what you’re doing! Also, my unique style of displaying my art and the way I communicate is different than anyone else!

The crisis has affected us all in different ways. How has it affected you and any important lessons or epiphanies you can share with us?
Absolutely! I learned that you are so much more than you think! There is so much greatness and talent in every person. We just have to believe it and achieve it! Life is short… if you want something… go get it!!

There’s so much opportunity out there. I was able to really slow down for the first time in my life and really reflect on who I am and what I want to be. It opened up so many special parts of me that I can’t wait to show the world! 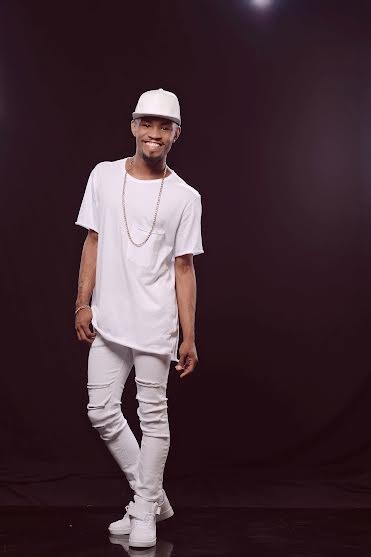 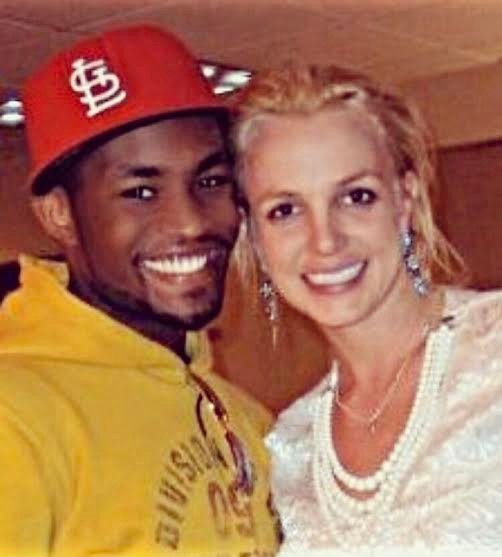 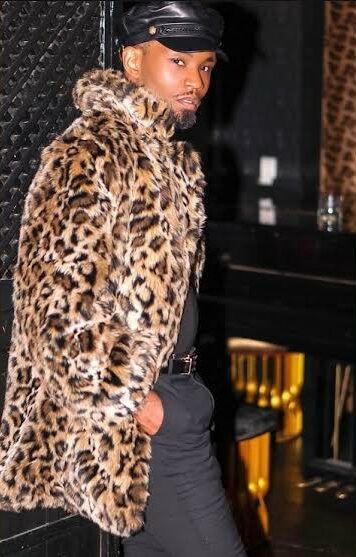 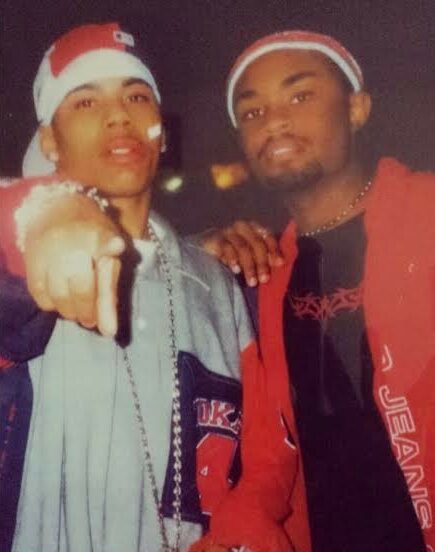 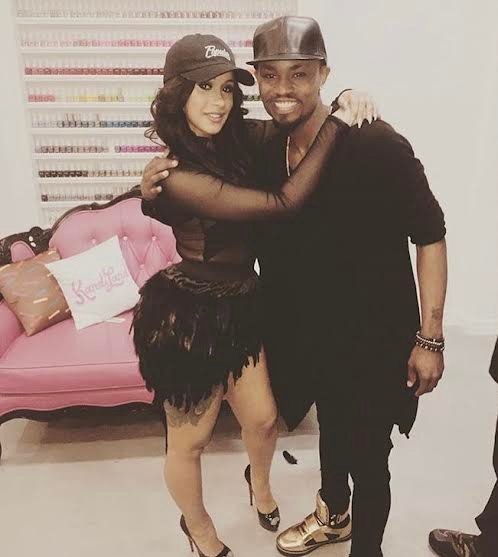 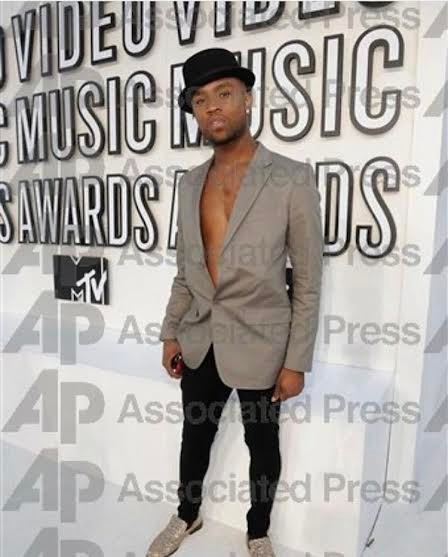 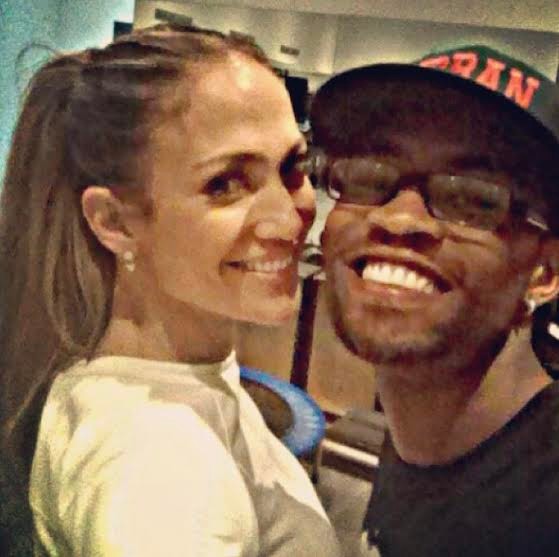 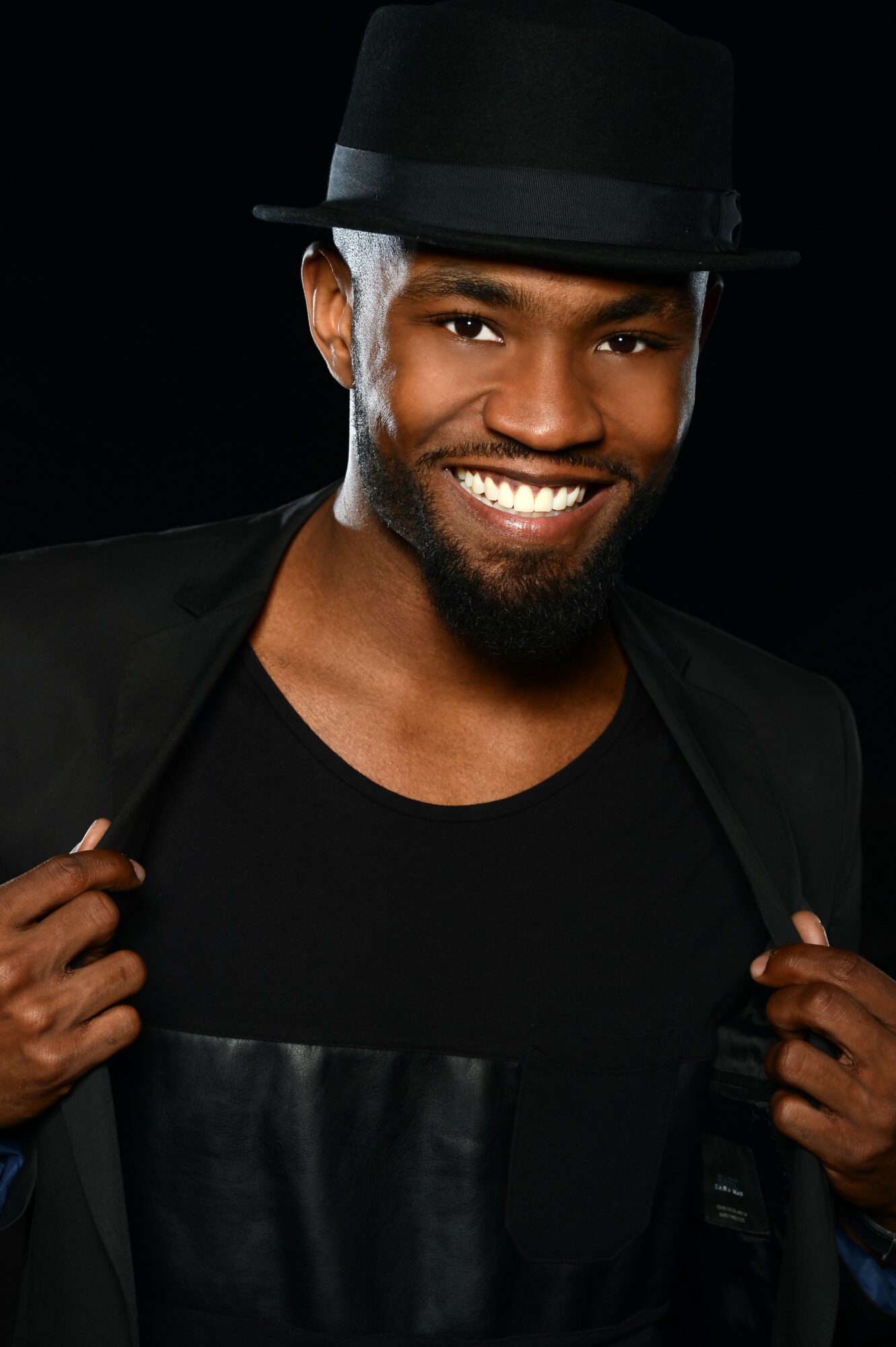 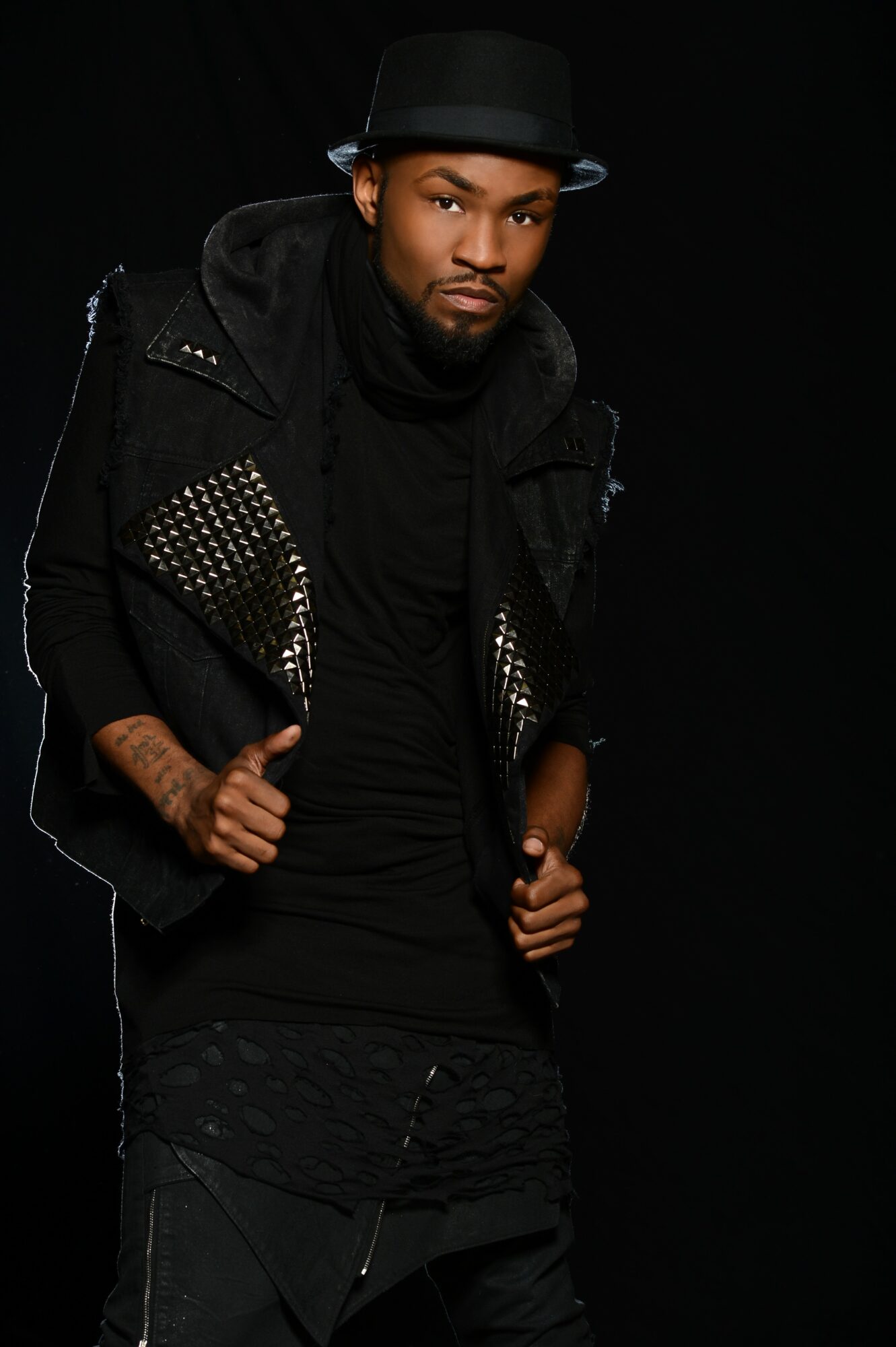