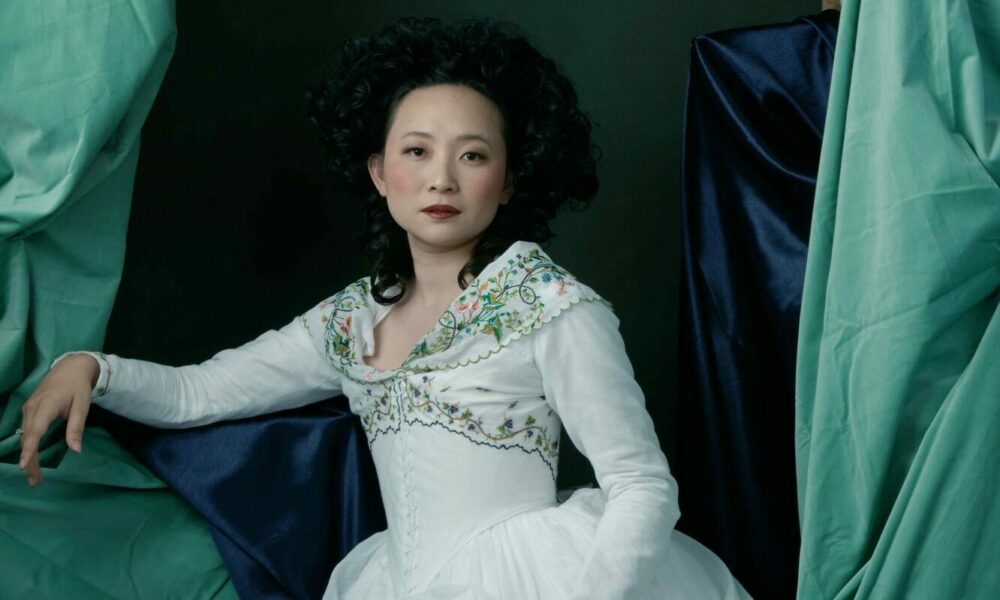 Today we’d like to introduce you to Christine Millar.

Hi Christine, thanks for joining us today. We’d love for you to start by introducing yourself.
I was born in South Korea and came to the US when I was four. All my life, I couldn’t remember a time when I wasn’t obsessed with ruffly, frilly, and pretty dresses. I wanted to wear them all the time, and I wanted to capture them on paper by drawing them. As I grew older, I realized that the real desire was to learn how to make them for myself. I had learned to sew when I was four, and all through high school and college, I continued to try to make them myself.

The crazy thing was, through all this, I also loved science as well. Ever since I was eight, and discovered Dr. Quinn, I also wanted to become a doctor so I could help people however I could. It was really hard balancing both passions while I was still in training – through high school, college, medical school and residency – but I really found that doing a little bit of both was really healthy for me emotionally.

Once I was done with training and took a job as a full time physician, I did find I have more time to devote to my hobby as well and I got to focus on it a lot more. Notably, with my very first paycheck as a physician, I got myself a one needle embroidery machine and some digitizing software. With that, I did make Matt’s first embroidered court suit, which we wore to our very first ball at Versailles. I was absolutely hooked on digitizing, embroidering and sewing 18th century after that ball, and chose to focus on that. But more than just that era, I just realized that making, and wearing over the top outfits was a really wonderful way to focus my energy after work.

I’m sure you wouldn’t say it’s been obstacle free, but so far would you say the journey have been a fairly smooth road?
I mean, I think there’s always hardships.

As zero generation immigrant, and being raised by a single mom, I was very poor growing up. We had no connections and I knew no doctors personally – so I’m not sure if it helped or hurt that I had no idea how difficult the road was really going to be. But I was really lucky in that I made some really wonderful friends who gave me a lot of great advice along the way. And even now, I would highly recommend that anyone who wants to go into medicine do it. It’s a really difficult but rewarding career path.

As for the costuming – it’s been a lot of fun. It’s also a strange choice I know of someone of Asian descent. When I first started out in historical costuming, I got a lot of really strange comments. Comments suggesting that I shouldn’t be doing European costuming, or that I would “make a great slave for the Chinese Emperor”, or people suggesting that I am not welcome due to my race… in fact, even now, it’s a pretty rare event if I get zero comments along these lines. While that’s been discouraging, I’ve also learned to speak up for myself when I get these comments, and the entire historical community has been really supportive of me and other customers of color.

Alright, so let’s switch gears a bit and talk business. What should we know about your work?
I think I’m probably best known for my embroidery, and over the top creations. I really don’t believe in making anything I can “buy”, and would rather make things that I just really want to wear. I love making historical costumes with really intricate embroidery, or silhouettes, or really interesting lace – just things that you don’t normally get to see otherwise. For my men’s court suits, I turn 18th century designs into a digital file that I draw out myself using embroidery software, and then stitch it out meticulously over 100-400 hours on my embroidery machine, and then sew it up into court suits that my husband or I wear.

If there is a gown with a really intricate lace that cannot be bought, I will spend 9 months hand weaving 36 yards of it to sew onto a gown. It really just brings me so much joy to try to recreate those lost, forgotten details, or make things that just aren’t around anymore.

What were you like growing up?
I was really tenacious. Whether it was an obsession with Beanie Babies or the X-Files, I was a really determined girl, and could think about the same thing endlessly. I was also particularly bouncy and lacked all shyness. I guess I haven’t really changed much.

I will add though that I credit both Scully from the X-Files and Dr. Quinn for deciding to become a doctor. As for my art side – I don’t know that there was one person that inspired me so much as all the different gowns I saw in different Disney movies and anime. But I’d say those two interests – science and art – haven’t changed much. 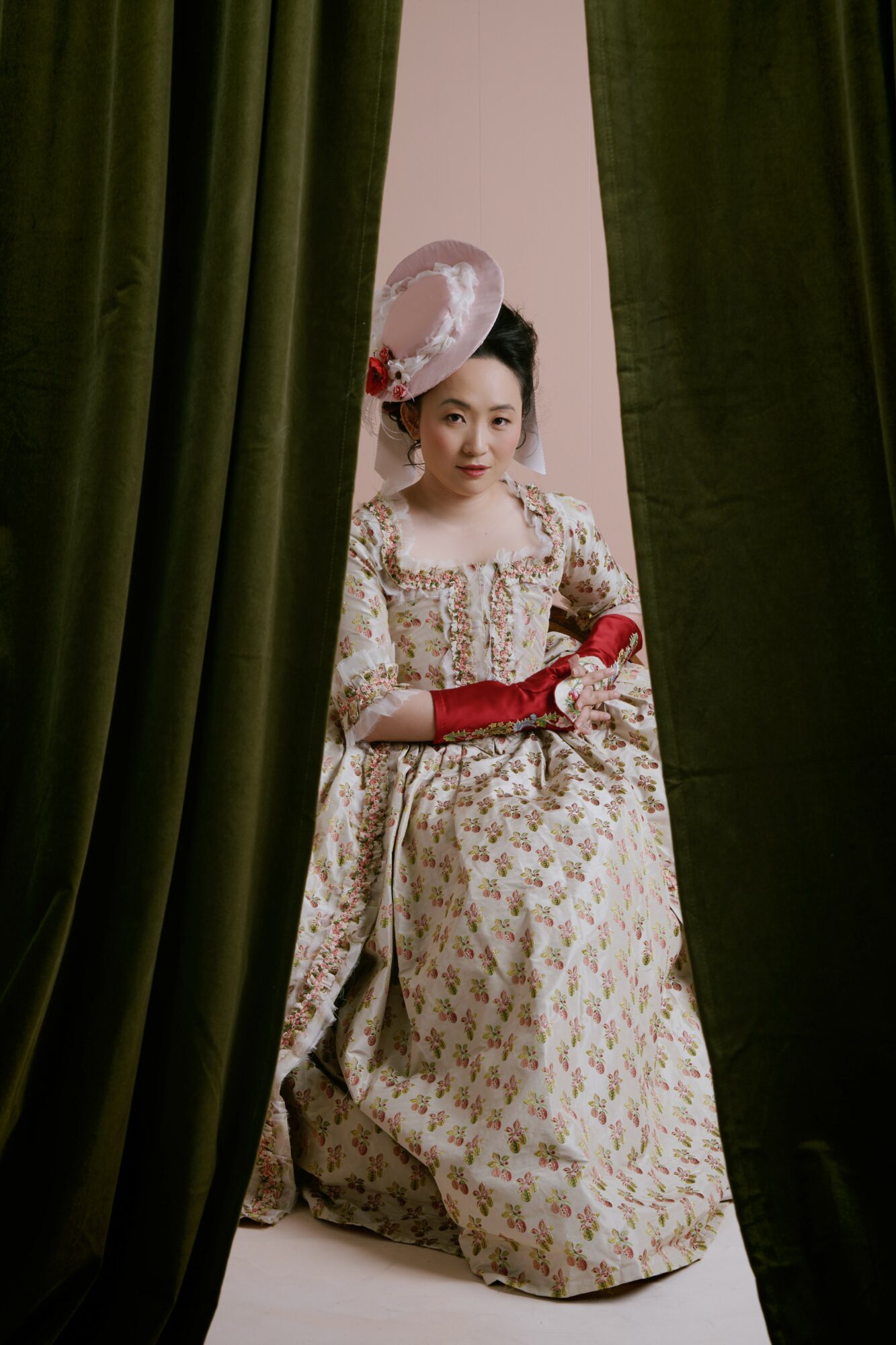 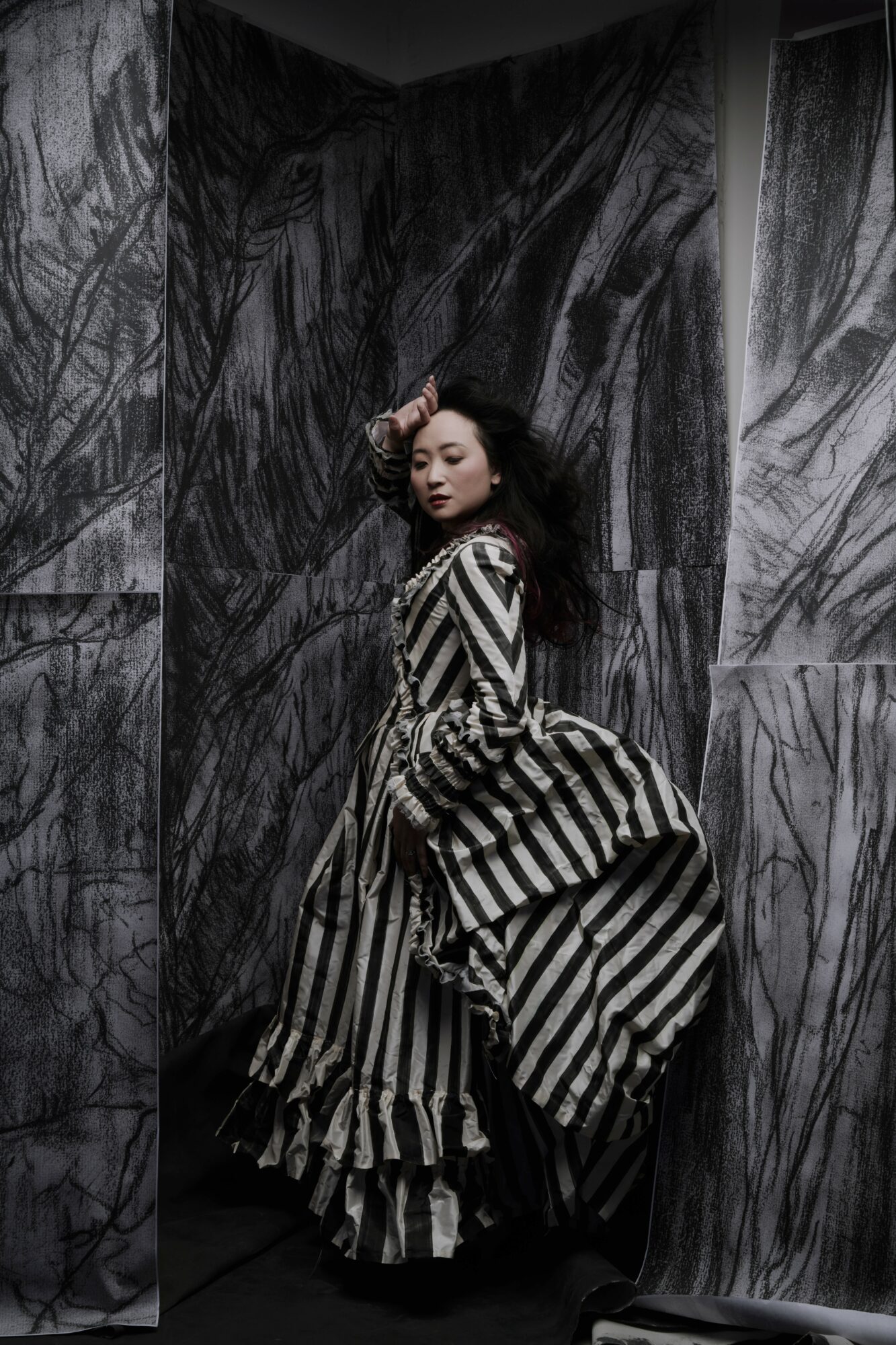 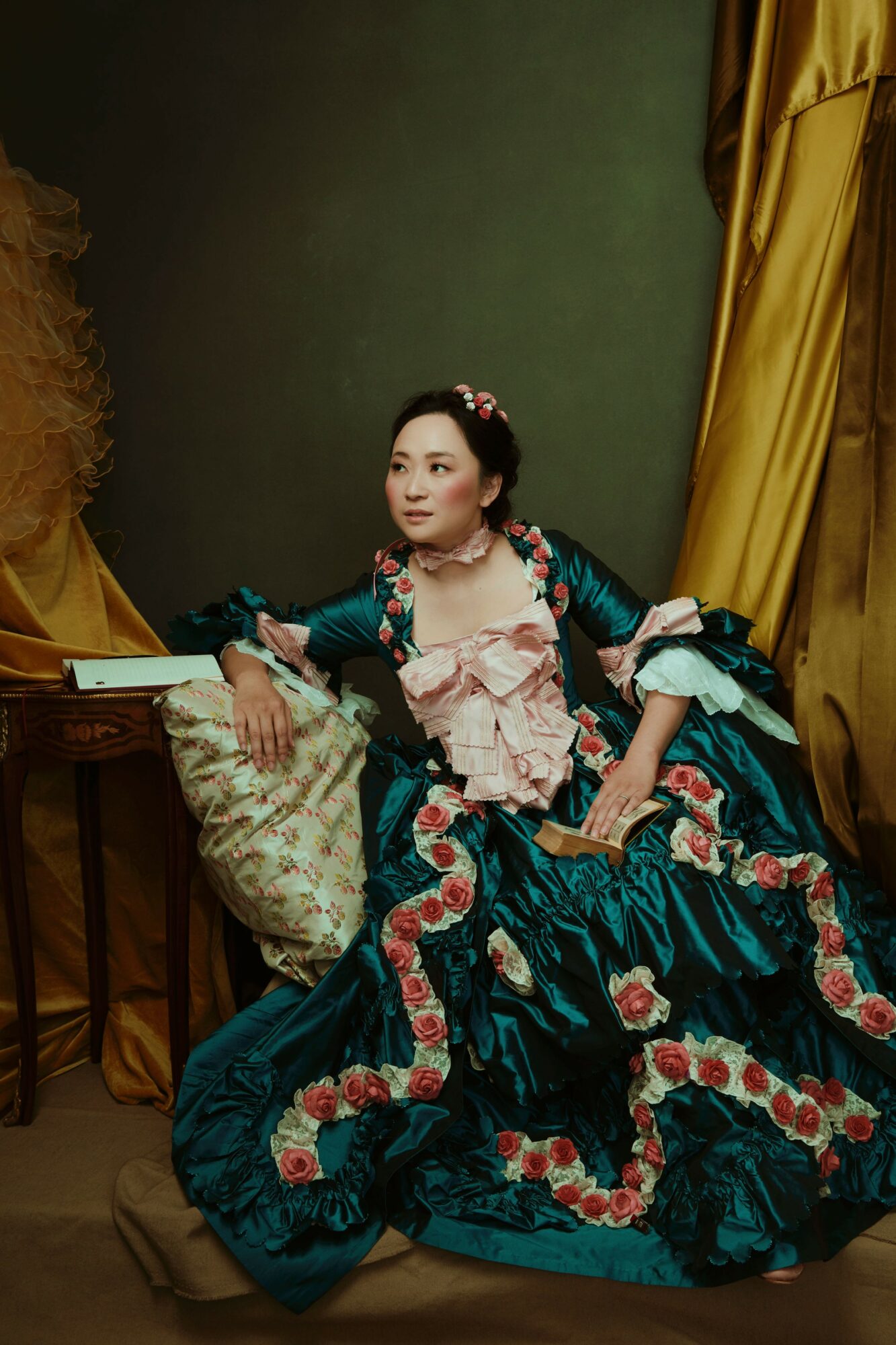 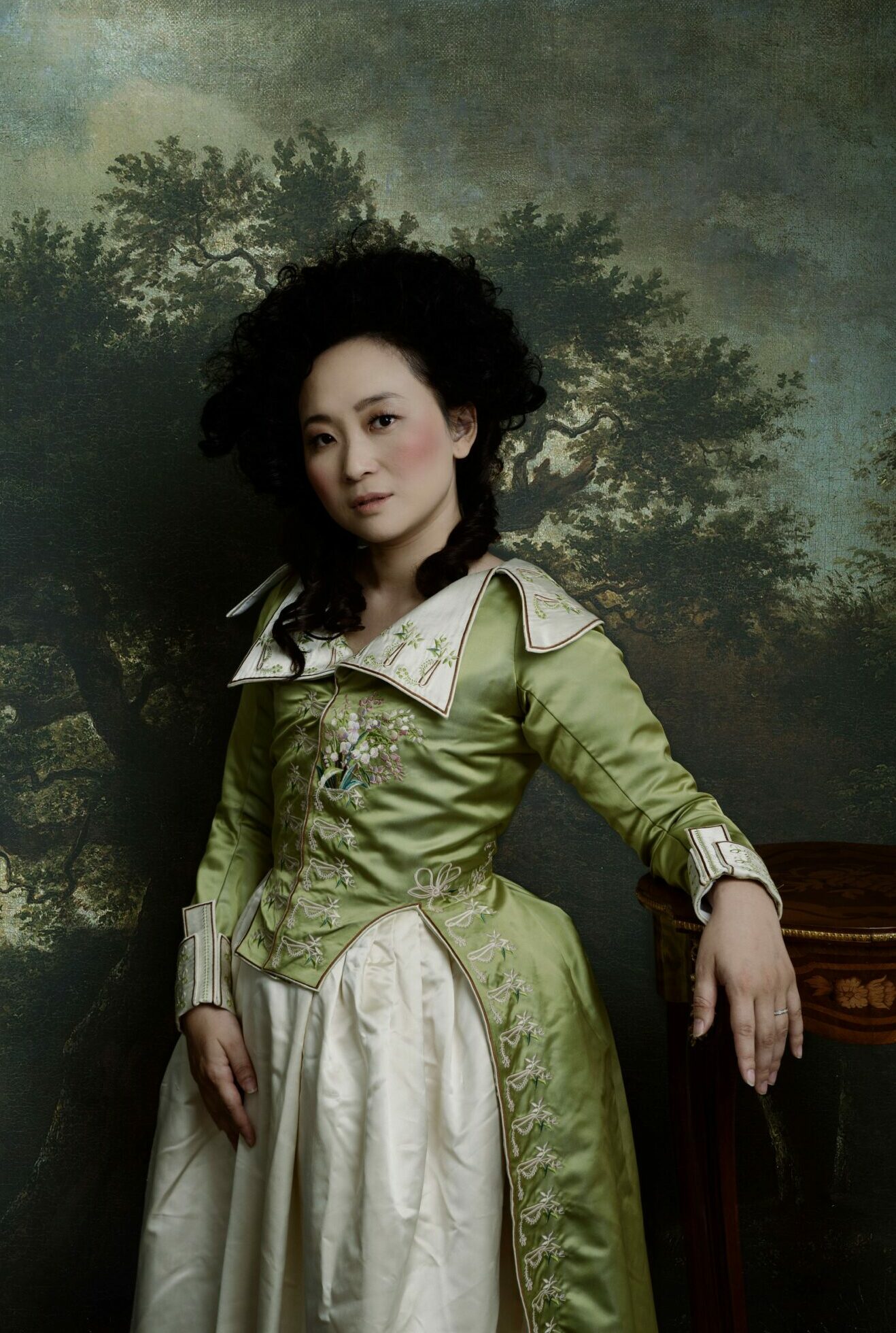 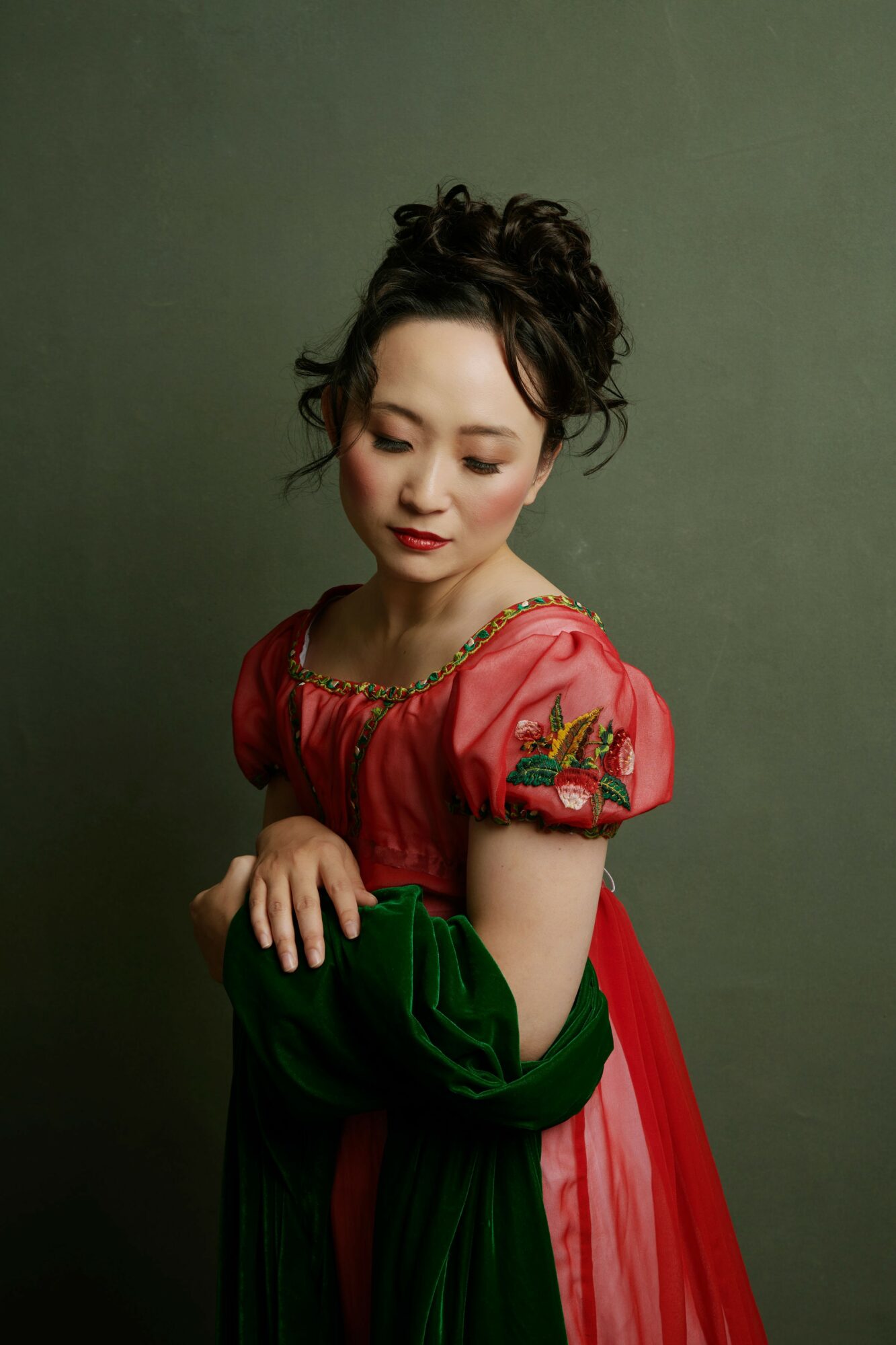 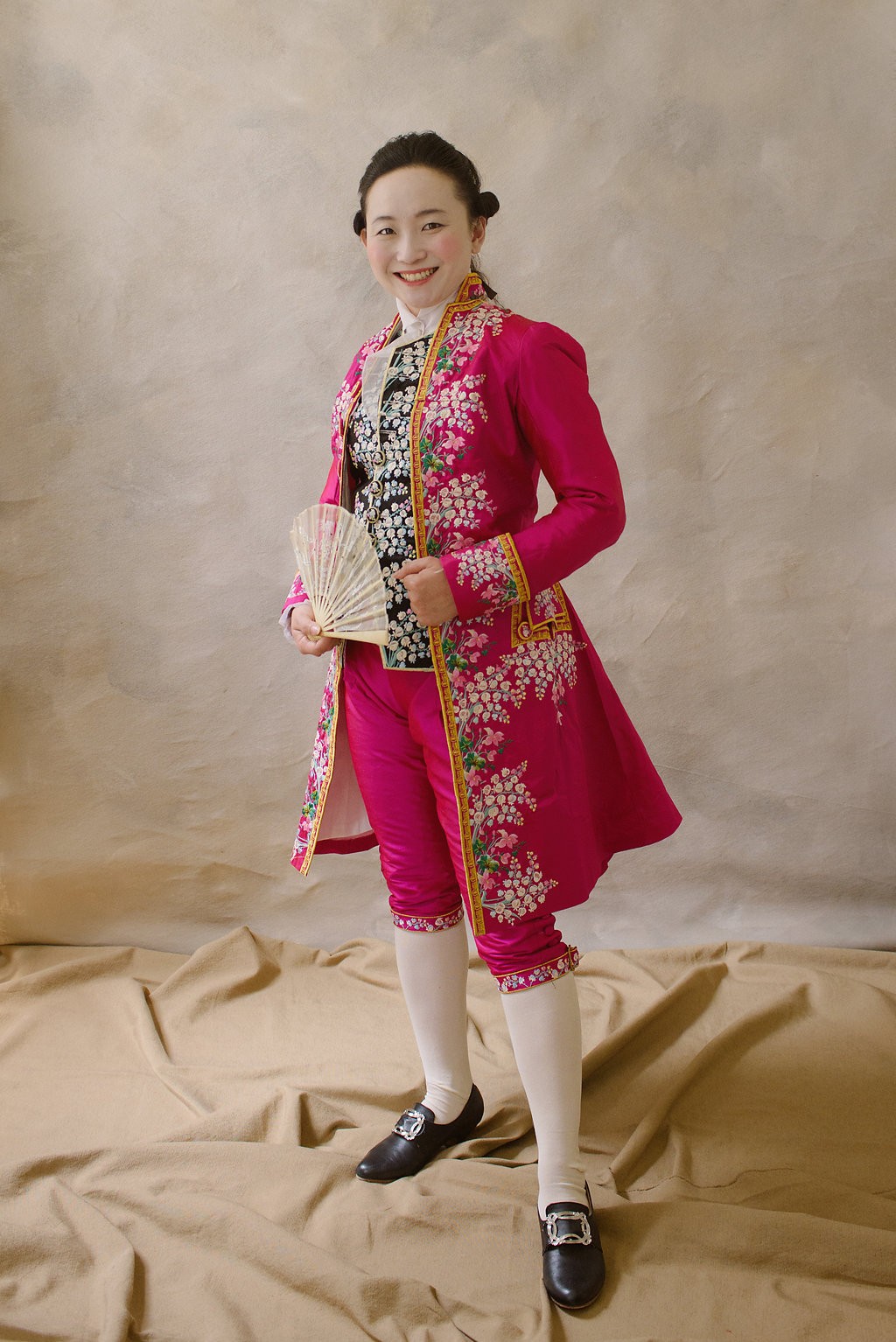 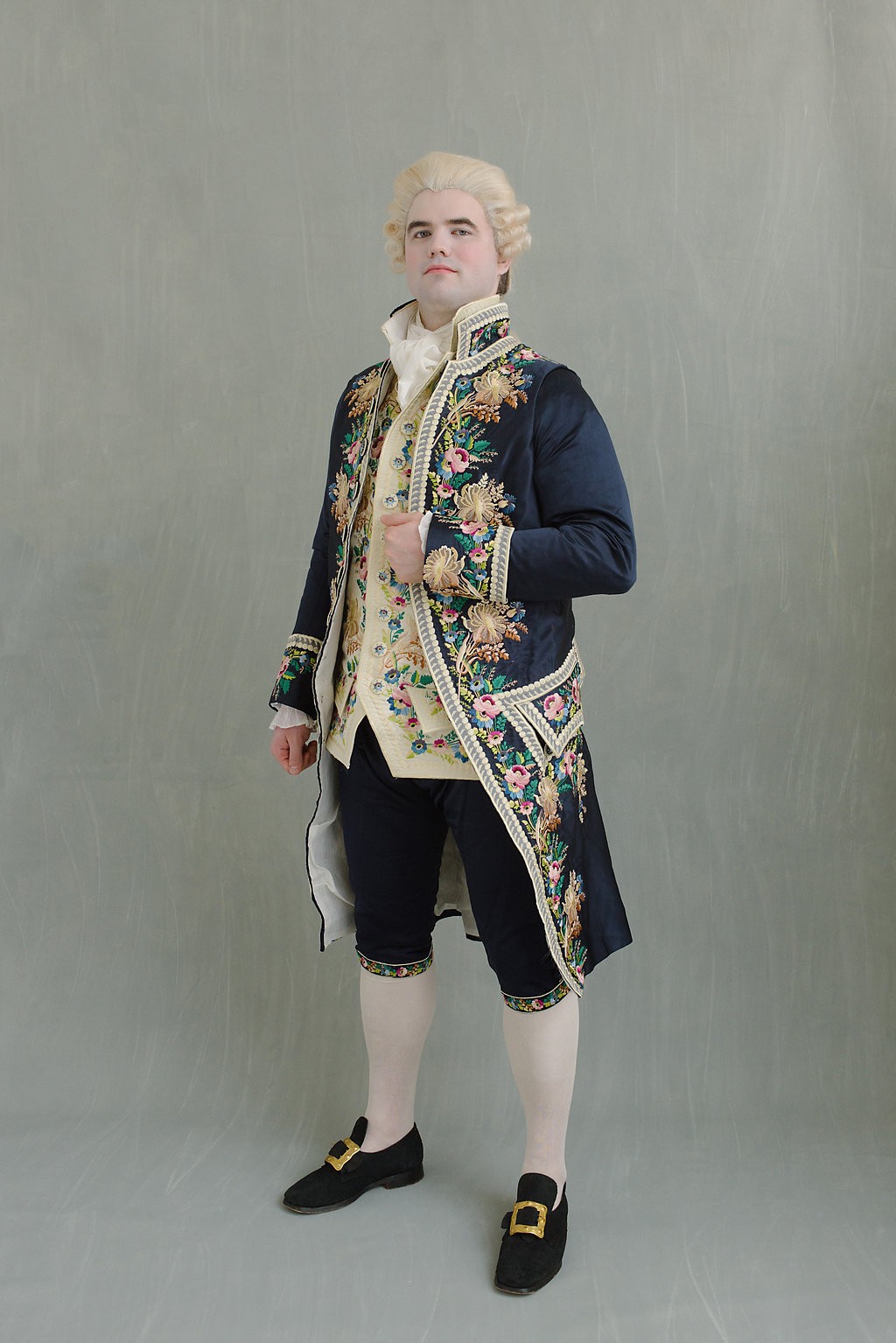 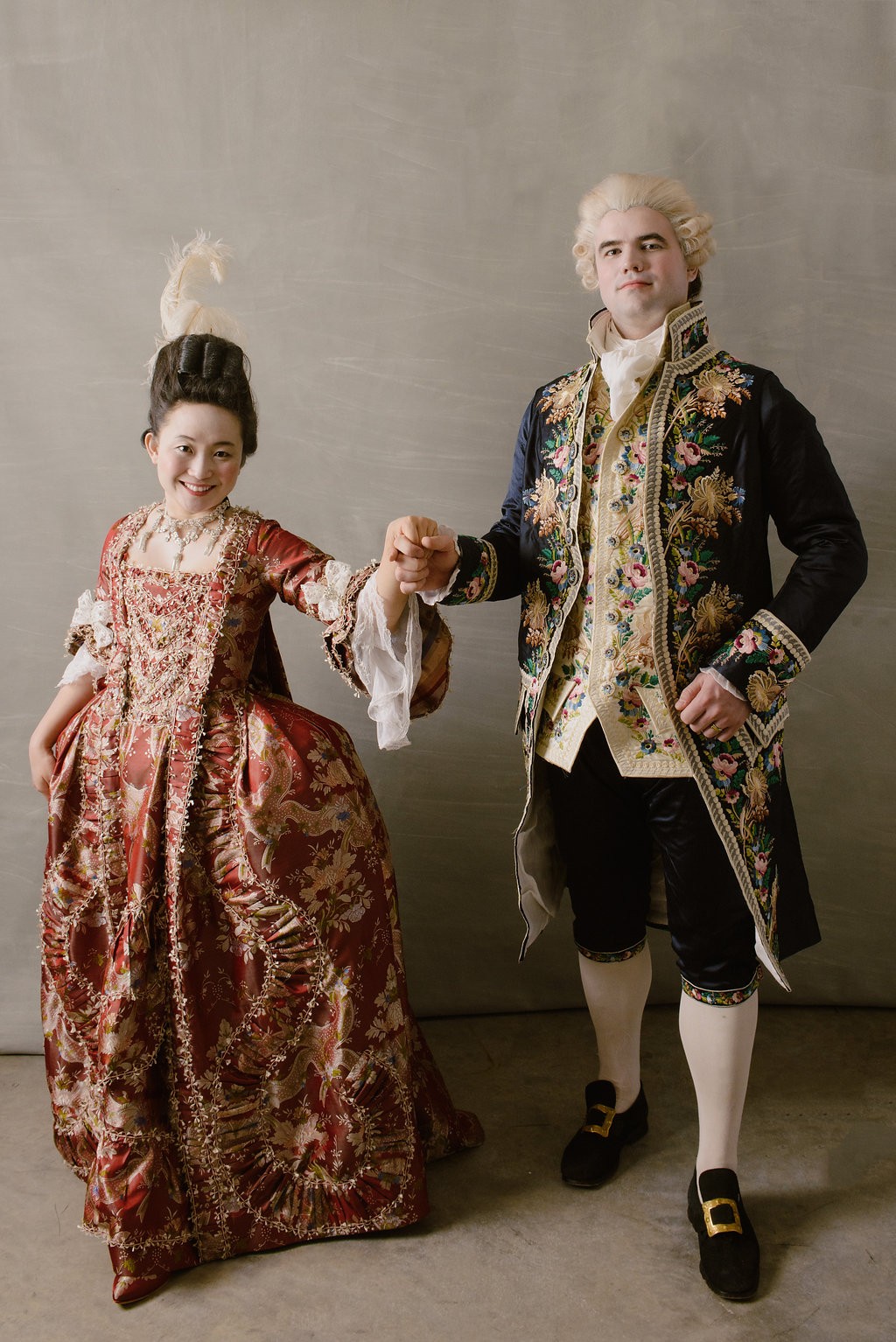 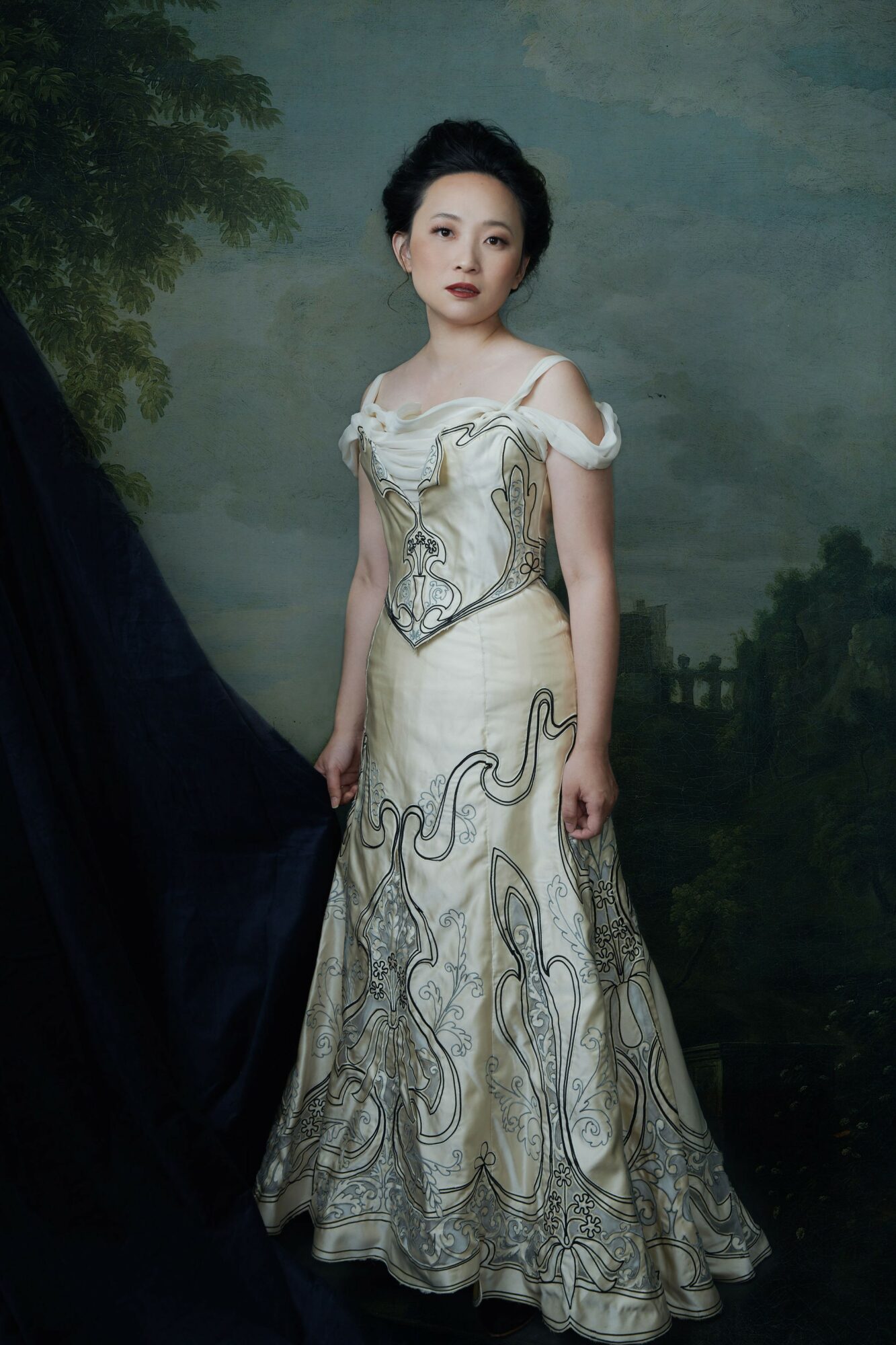 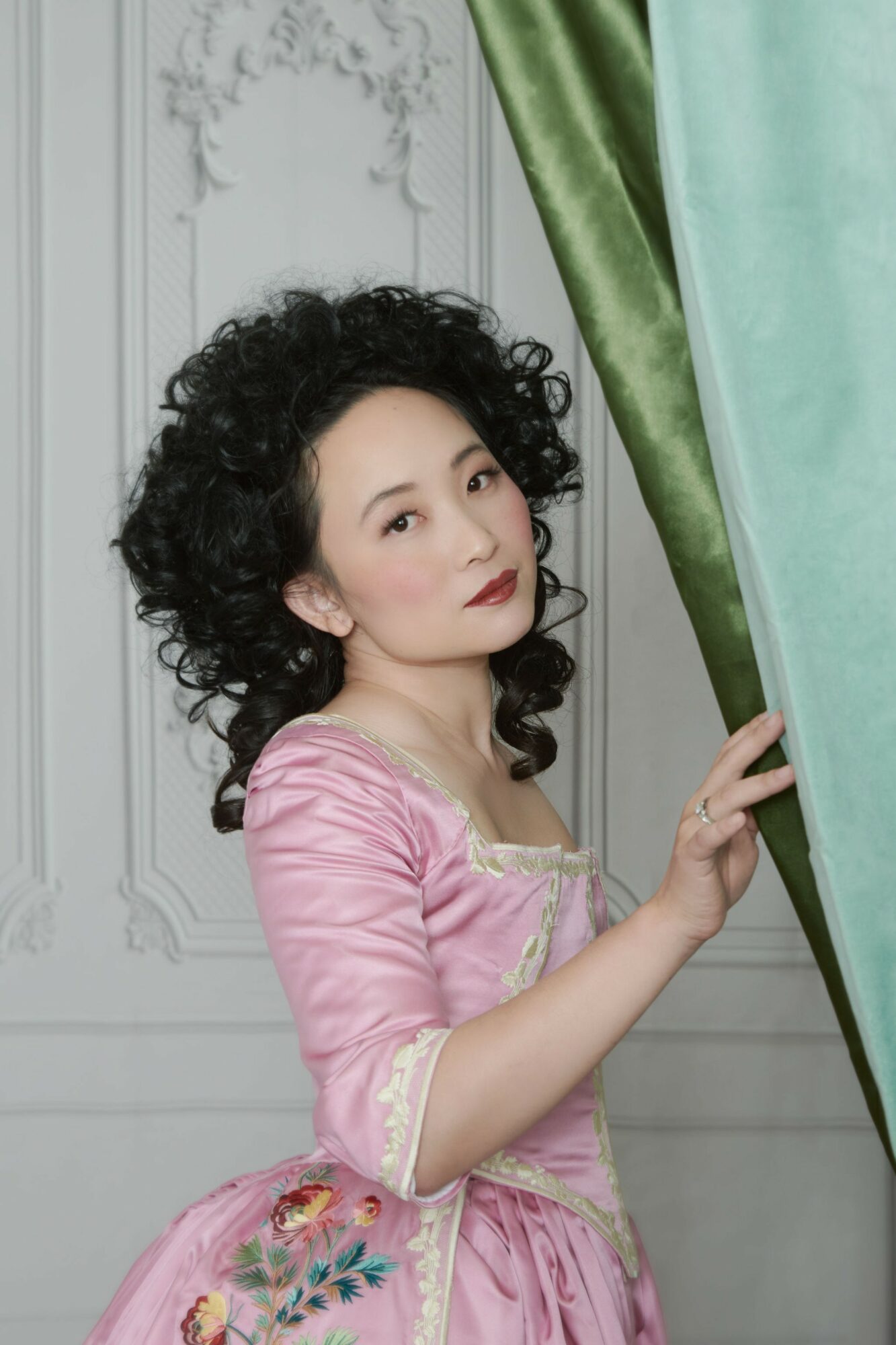