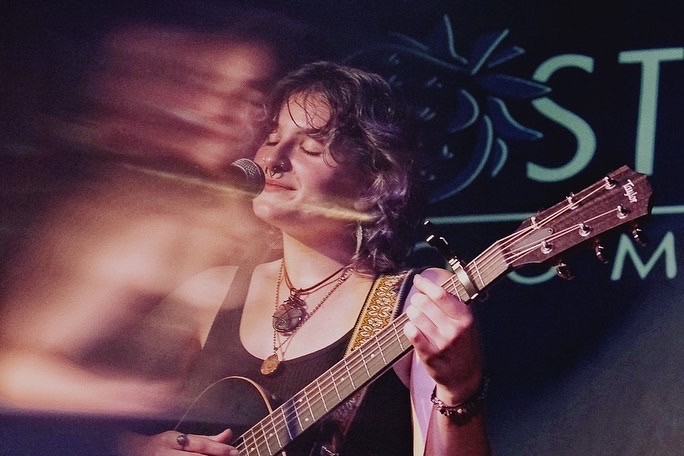 Today we’d like to introduce you to Mars Sinclair.

Mars, we appreciate you taking the time to share your story with us today. Where does your story begin?
I have been making up songs in my head my whole life, but never thought too much of it. Then when I was about 14 years old, I decided to teach myself to play guitar. After playing covers and learning enough chords, I was able to write some of my own songs. I started writing songs as an outlet for my emotions.

In fact, one of the first songs I wrote on the guitar was written as a lullaby to help me fall asleep when I was anxious. But back then, I didn’t think my songwriting abilities were anything special and I didn’t have many aspirations in life. Thus, many years passed before I started taking my songwriting seriously. It wasn’t until after the COVID-19 lockdown in my junior year of high school that I would begin writing again.

Midway through the year, I had to leave someone who I thought was my best friend and needed an emotional outlet again. Luckily, my high school, Rosati-Kain, decided to do half days for the entirety of my junior year due to COVID. So, I had a lot of time on hand to mess around on the guitar. Soon, I was writing song after song and was surprised that these songs were actually good! Though I was incredibly nervous and had very little confidence, I began performing my songs at The Blue Strawberry’s open mic night.

Thanks to the Blue Strawberry’s MC, Sean Skrbec, I was given the resources and encouragement to recording my first EP. Now, I have been fortunate enough to release an entire album and play many gigs around St. Louis. My album is called The Tides Never Tire and was released in 2021 on all streaming services.

Can you talk to us a bit about the challenges and lessons you’ve learned along the way? Looking back would you say it’s been easy or smooth in retrospect?
I owe all of my successes to the obstacles, challenges, and sorrows of life. Around 8th, 9th, and 10th grade, I was very depressed, suicidal, anxious, and struggled with self-harm. I had no aspirations in life because I believed I did not deserve to live. Medication and therapy were somewhat useful, but they didn’t do much for me. Luckily, around my junior year, I was able to mostly get out of this headspace.

And the only reason I was able to heal was because of a person who deeply betrayed and violated me, though I believed this person to be my best friend. In the major arcana of the tarot deck, there is a card called “The Tower.” The tower card is most often interpreted to mean danger, crisis, destruction, and eventually, liberation. This card accurately represents this period of time in my life.

It is a perfect example of how sometimes everything must come crashing down in order to be rebuilt, especially when our foundations are unstable. Because everything came crashing down, I began focusing on my spirituality and forgiving those who had hurt me so that I could release the resentment and hatred that I held. And during this period of time, I wrote the most songs I have ever written.

I am very thankful for my “Tower card moment” because it forced me to create new mental, emotional, and physical foundations in my life.

Thanks for sharing that. So, maybe next you can tell us a bit more about your work?
I am a singer-songwriter who enjoys singing about spirituality, healing, divinity, and the parts of ourselves we don’t want to acknowledge.

My favorite thing to do is write new songs, make up bizarre and interesting chords, and write songs in alternative guitar tunings. If I could only ever sing and write, it’s all I would do, and I’m often frustrated that I cannot dedicate every minute of my time to the music.

I believe that music has the ability to raise our vibrations and the vibration of the Earth. Thus, this is the goal of my music as well as to encourage the listener to feel, heal, and be exposed to new ideas about themselves and the world.

I have a show on June 3rd at 7:30pm at The Blue Strawberry in the Central West End. Here is a link to the tickets:
https://bluestrawberrystl.com/show/ticket/816

I am also playing at a festival on June 4th called The Rock House Music Festival in Reeds Spring, Missouri.

Risk-taking is a topic that people have widely differing views on – we’d love to hear your thoughts.
I would definitely call myself a risk-taker. I think our fears are here to be challenged and our comfort zones are meant to be expanded and pulled. But this is coming from someone with an issue with authority.

From piercing myself 12 times in my bathroom, giving myself stick-n-poke tattoos, dying my hair almost every color of the rainbow, and shaving my head in a park with clippers I stole from my father, I have had quite the “rebellious teenager” phase and given my parents a lot to worry about.

But the biggest risk and fear I have (mostly) conquered, has been sharing and performing my music with others. It is easy to rebel against authority, but it is a whole other challenge to rebel against the limiting beliefs and barriers in our minds. 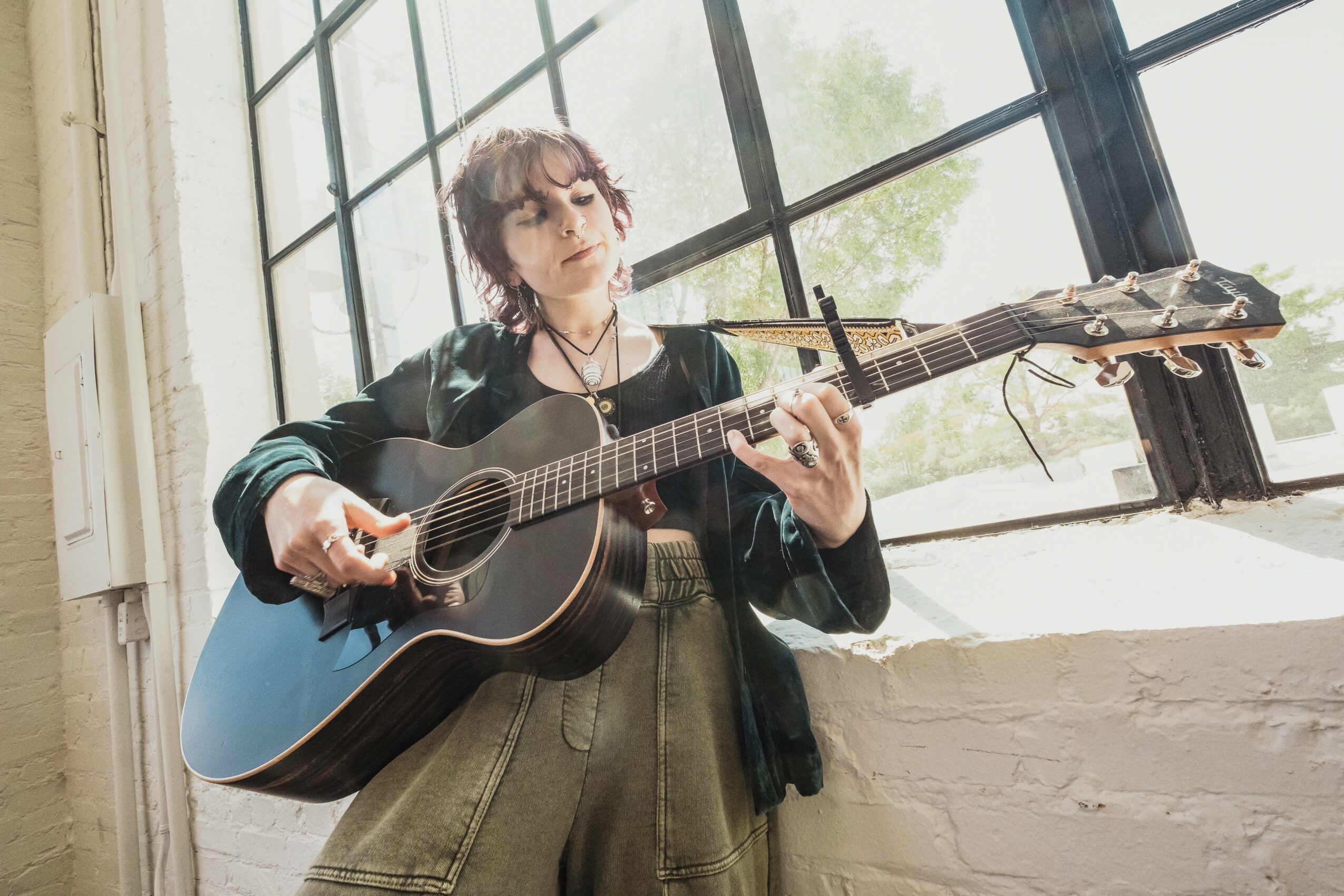 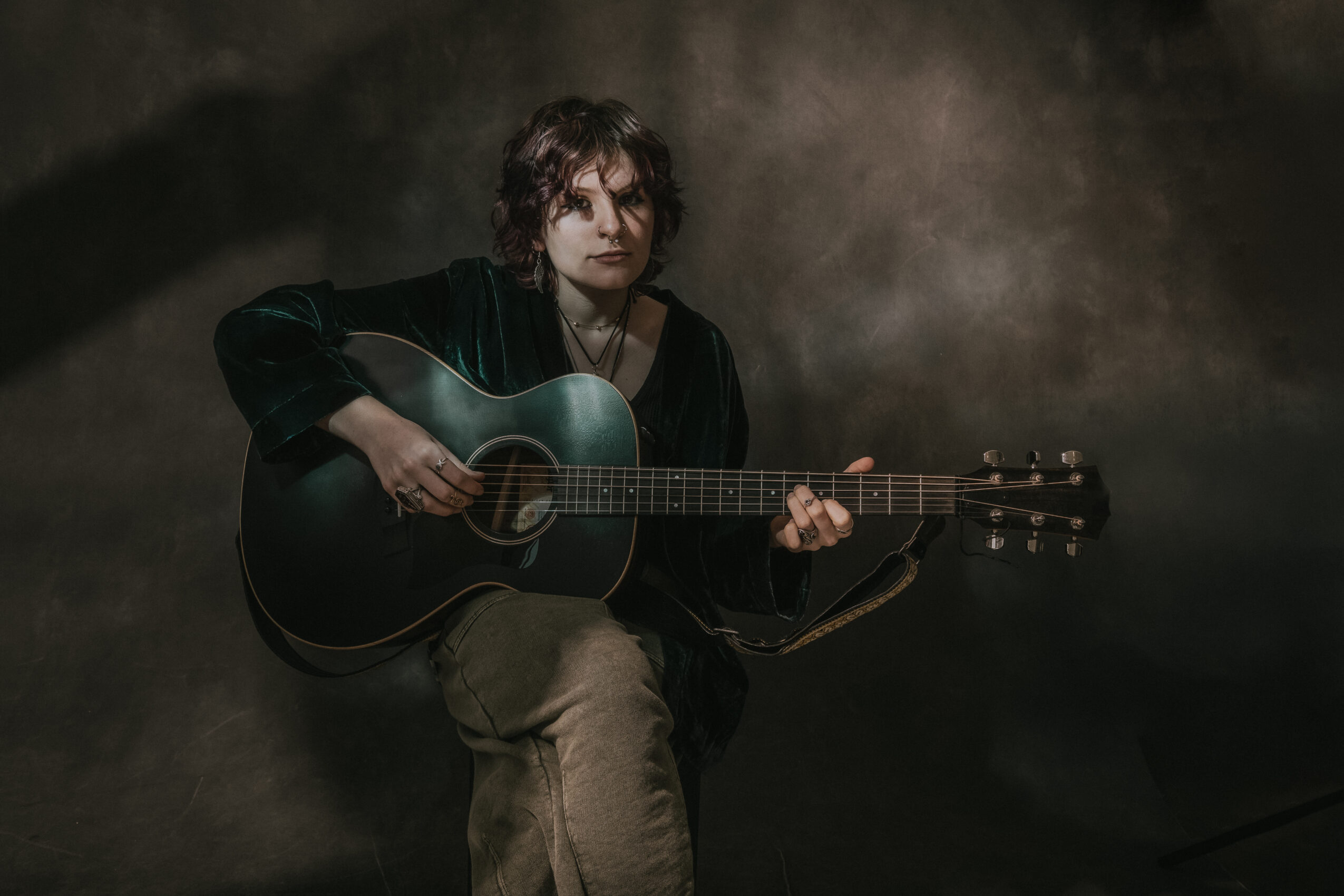 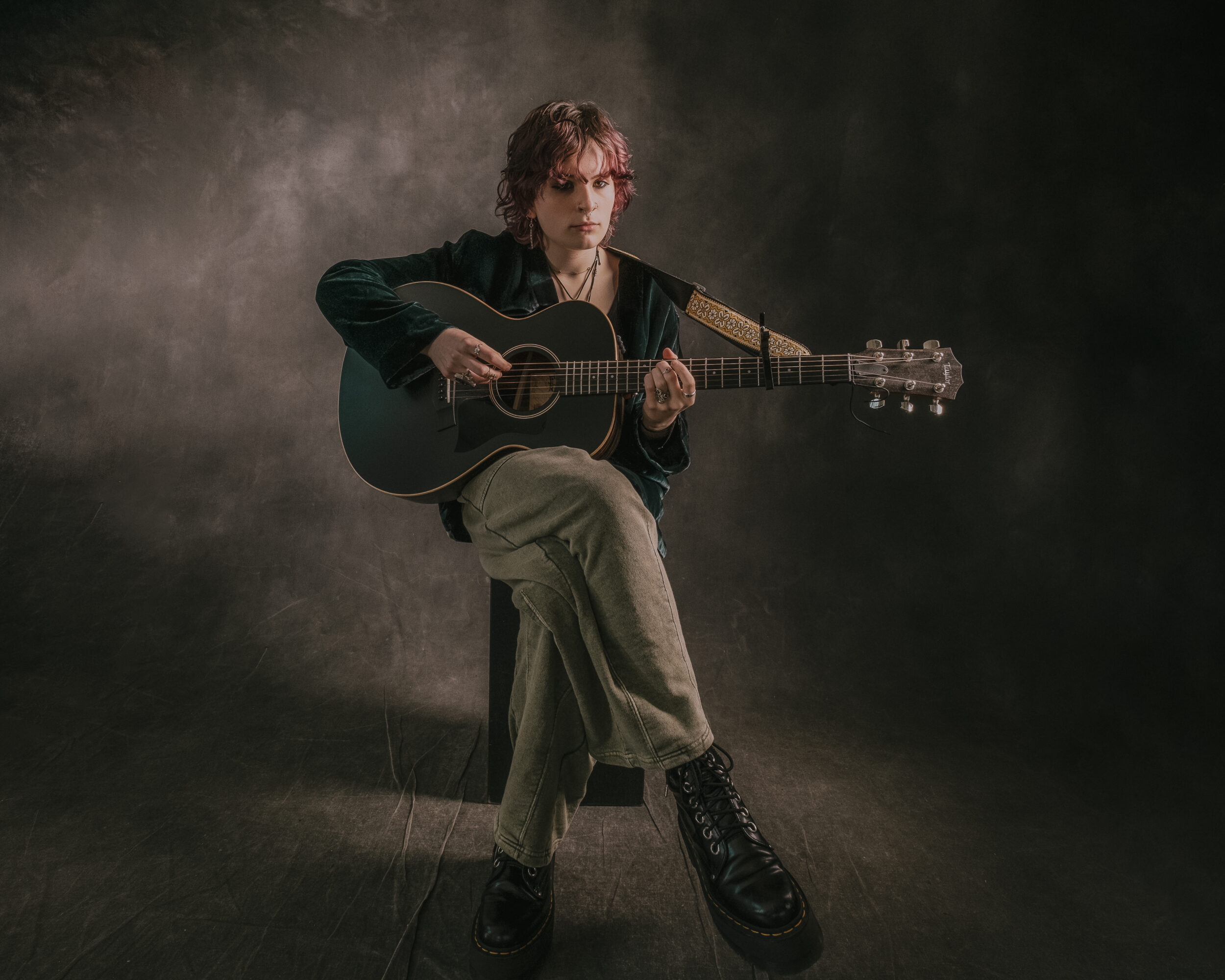 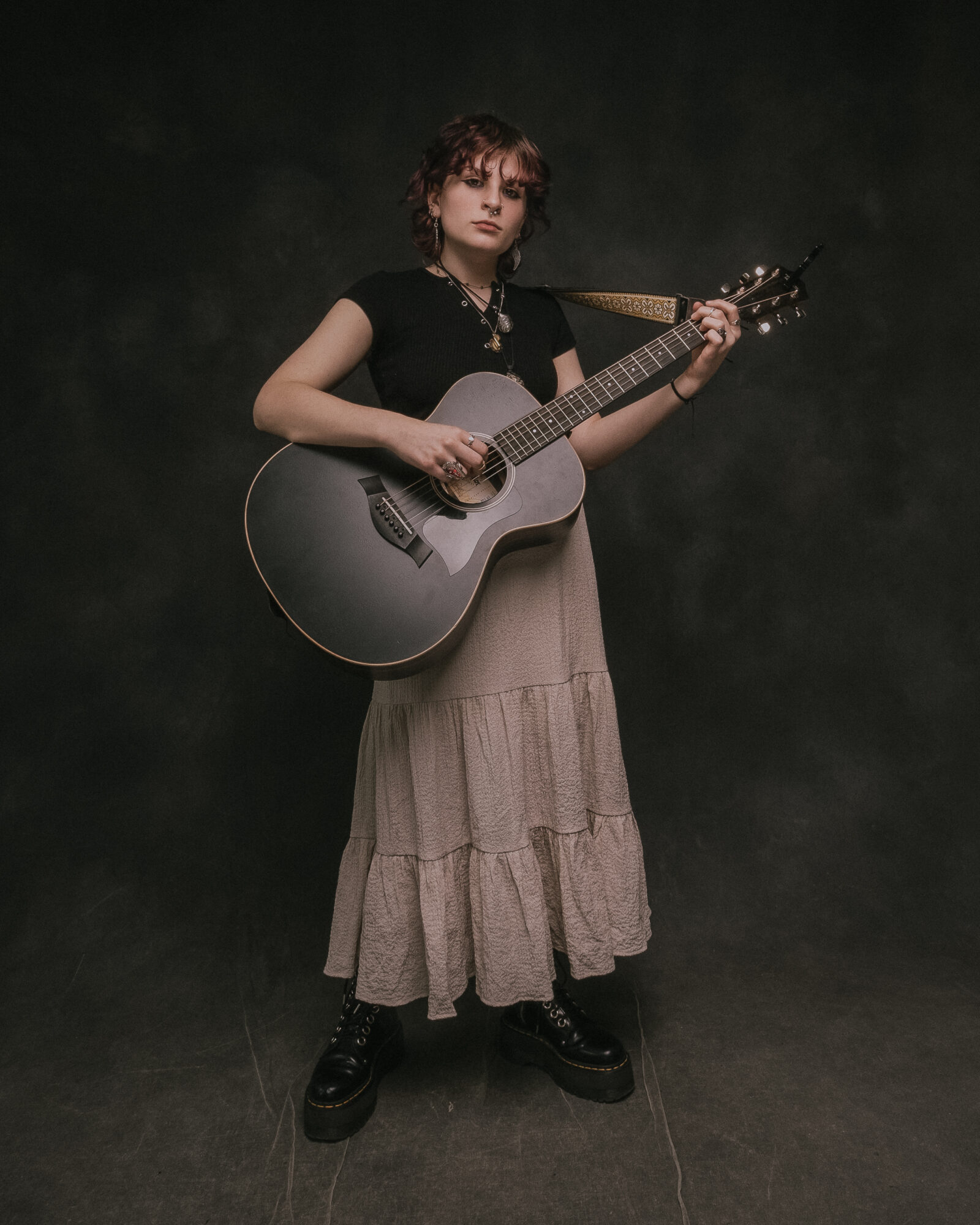 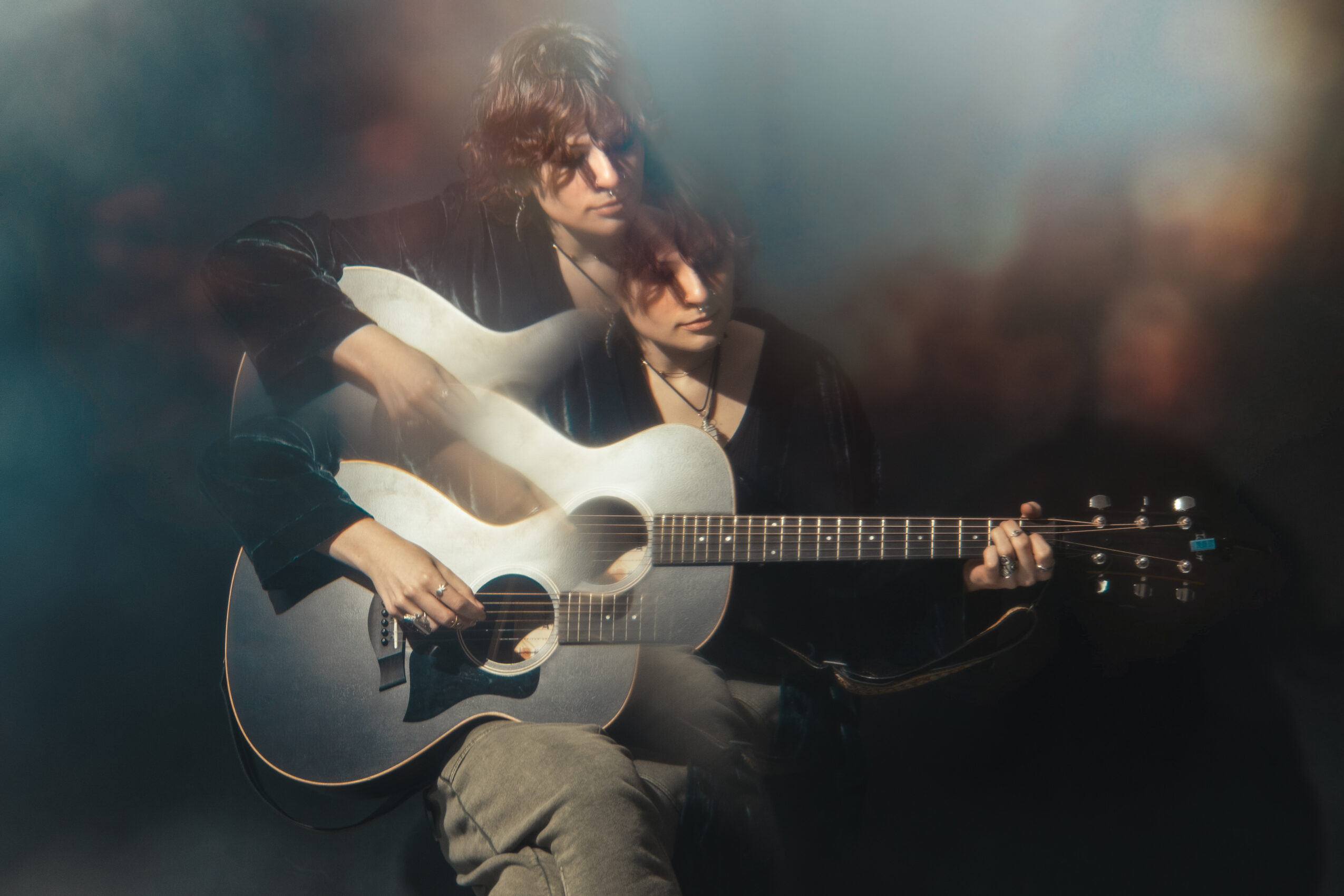 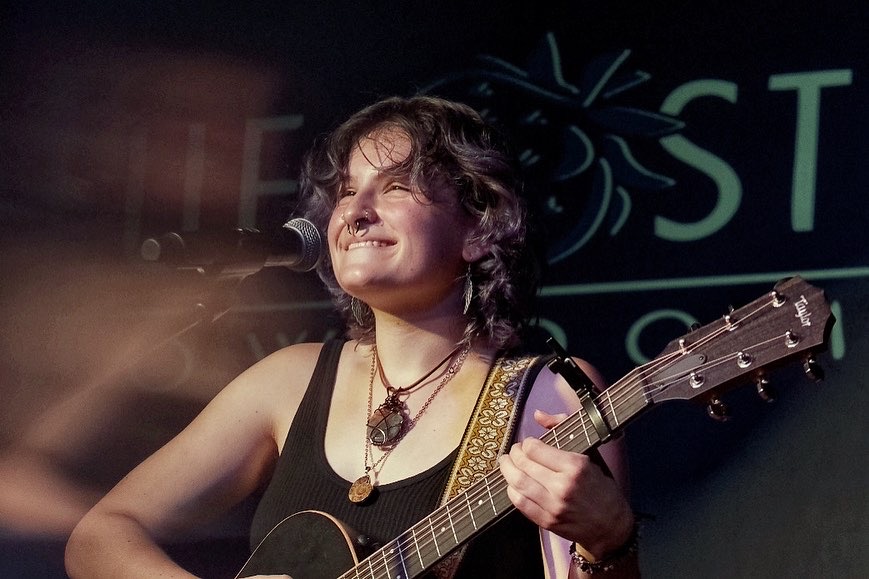