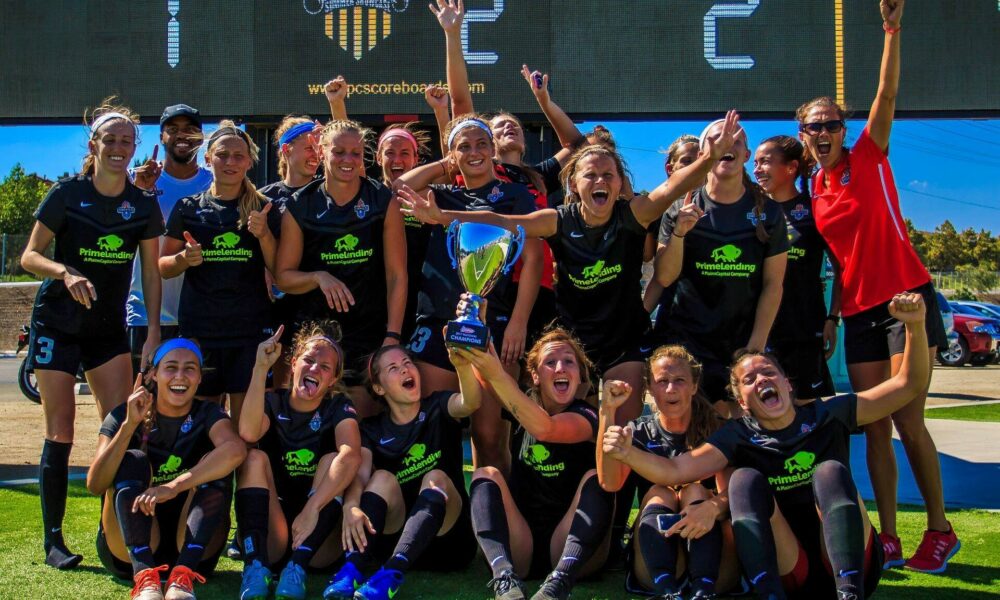 Today we’d like to introduce you to Lindsay Eversmeyer.

Hi Lindsay, we’d love for you to start by introducing yourself.
I’m a self-proclaimed tomboy. I grew up playing sports with all the boys in my neighborhood. Soccer, baseball, basketball, and roller hockey were among the popular sports that we played. I am naturally competitive so I was always trying to be just as good, if not better, than all of them. I was always trying to play on their actual sports teams, but of course at the time, girls playing on boys teams was unheard of and not allowed. I have always been driven by people that told me I couldn’t do something!

When I was about ten, I started playing on a select soccer team. A team that was made up of girls that were a year or two older than I. I learned very early that this sport was going to be my passion and something I wanted to truly excel at. I put a lot of time and energy into being the best I could. When I wasn’t training with my team, I was playing/training on my own at home or with the boys in my neighborhood.

I continued playing through high school, where the ultimate goal was to play in college. By my junior year, I was receiving Division 1 offers from all over the country, including University of Missouri, University of North Carolina, and finally the University of Kansas, where I ended up committing to and attended my freshman year.

My freshman year was fairly successful. I received many honors including the Big 12 Player of the Week and was a 2x All-Tournament Team selection. However, I was homesick so I decided to move back home.

I finished my soccer career and received my degree from Harris-Stowe State University where I hold records in Goals Scored in a Season, Assists in a Season, Game Winning Goals, Goals in a Game, Career Goals Scored, and Average Goals Scored per season. I was also named the 1999 AMC Newcomer of the Year, 2000 AMC Most Valuable Player, 3x team MVP, and NAIA All-America Honorable Mention. In 2014 I was also a recipient of the HSSU Distinguished Alumni Award.

After college is where my story really leads to where I am now.

I knew when I was in college that I wanted to play professionally. After college, I went to Washington D.C. to try out for a women’s professional team, however, when I was out there we were told that the league folded. That means that there were no options for women to play at the next level.

I went home and played on a couple of recreational women’s teams, but the competition was not good enough. I eventually convinced some of my guy friends to let me play on their men’s team. I played on their team for about 6-8 months, but it still wasn’t enough. I wanted that title. “Professional Soccer Player”

Timing is definitely everything. At the time, some of guy friends were playing for a Men’s Professionally Indoor Team called the St. Louis Steamers. I would go watch their games and one night, I decided to go to the after party. During the party, I was introduced to the team owner, Michael Hetelson. He asked what I thought about the game and how I thought he could bring attention to the team. I saw this time as an opportunity to use my voice to create awareness that women have no options. So, I told him that I thought that he should put a girl on his team, and of course I knew just the girl! After a couple of tryouts and some negotiations, I made the team! I was the first female to sign a contract to play men’s professional contract in the Major Indoor Soccer League for the St. Louis Steamers.

I took this opportunity to be the voice for all female soccer players. We needed our own team. Women need just as many options as the men. After a short couple of years, the St. Louis Steamers folded leaving me without a team to play for again.

However, now I could use my newfound “celebrity” for good! I then contacted multiple sponsors to help support a team I wanted to start called Fire & Ice Soccer to play in the largest women’s league in the world, the Women’s Premier Soccer League (WPSL). This is a semi-professionally league for current and post-collegiate players to use as a stepping stone to the now women’s professional league called the NWSL. We are currently going on our 9th season in the league. During that time, we have won a WPSL National Championship, been to the Final 4 two times, won 2 Central Region championships, are 4x Conference Champions and have moved on many players to play at the professional level. I’ve also been named the Conference Coach of the Year 3 times.

Due to the team’s success, in 2018 I was also awarded the Keough Award from the St. Louis Soccer Hall of Fame.

In 2019, I expanded the WPSL team and created the only female-led, all-girls youth soccer academy in the St. Louis area. Its motto is to “Guide and empower young women through soccer.” It’s not just about developing soccer players, it’s about developing good people. We help with college placement, as well as help build leaders through our program with Molly Grisham.

The top team has won the SLYSA Premier Championship both years we have been in the league.

I’m sure you wouldn’t say it’s been obstacle free, but so far would you say the journey have been a fairly smooth road?
Definitely not.

I’ve had lots of struggles along the way including being a woman trying to compete in “man’s world.” Most male players I have come into contact with have told me that I would never be able to play professional soccer on a men’s team, that I would never being able to sustain a women’s team or it even be successful, and that I couldn’t start a youth club and it immediately be successful.

Financially, for the WPSL team, I have had to raise tens of thousands of dollars every year to keep this opportunity going for these young women.

I am known for breaking the barrier of a woman playing on a men’s professional soccer team.

I am most proud of my WPSL team. I love helping these girls play at the highest level possible.

What sets me apart from others is that I love to challenge assumptions. When people say something can’t be done, or when there is a high risk of failure, I am typically that person that says, “I’m going for it!” Even if I have to do it by myself.

Do you have any advice for those looking to network or find a mentor?
I feel as though what has worked best for me is being transparent, genuine, and passionate. When you show people how much you really care about something, they are more apt to jump on board with you. 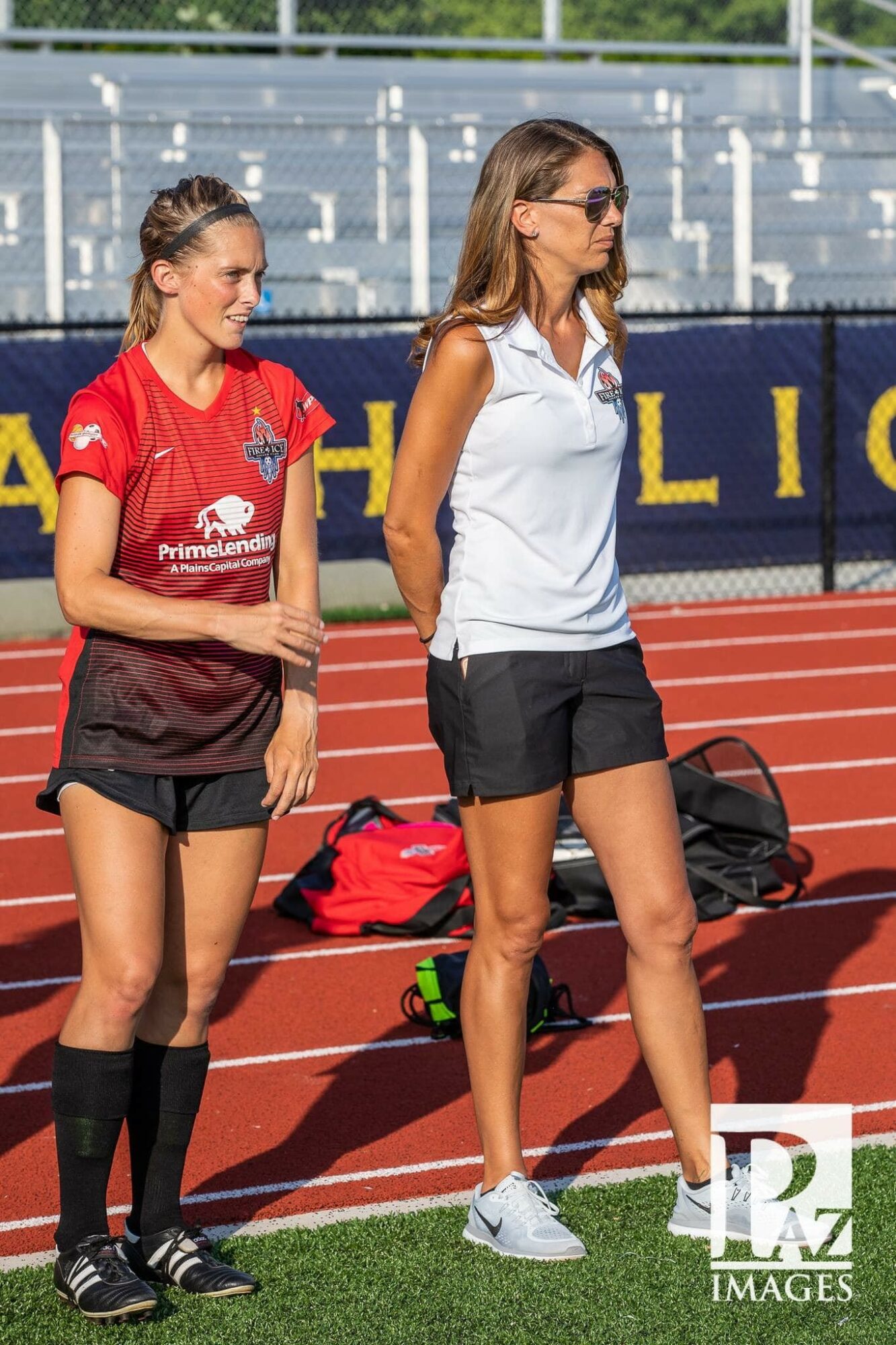 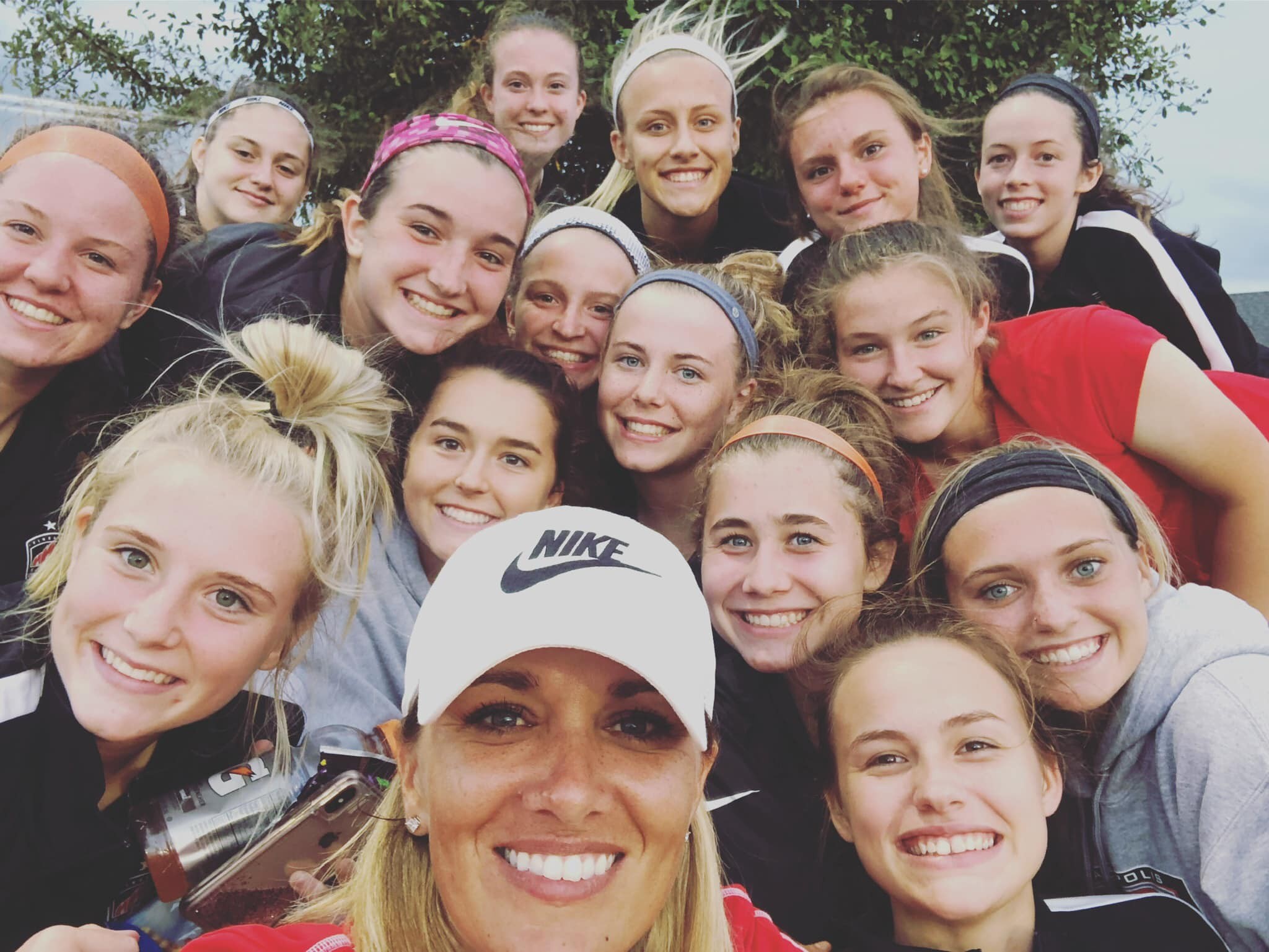 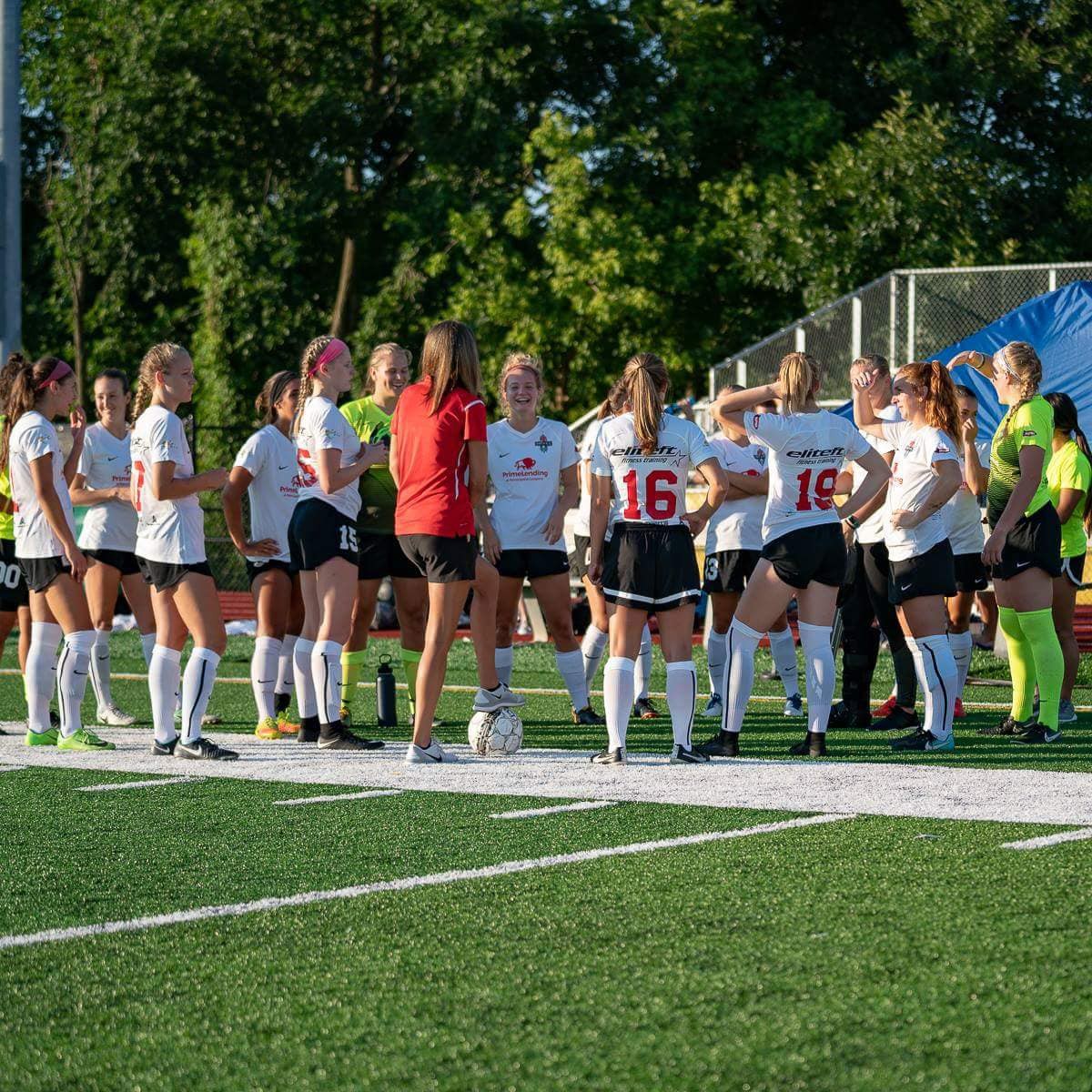 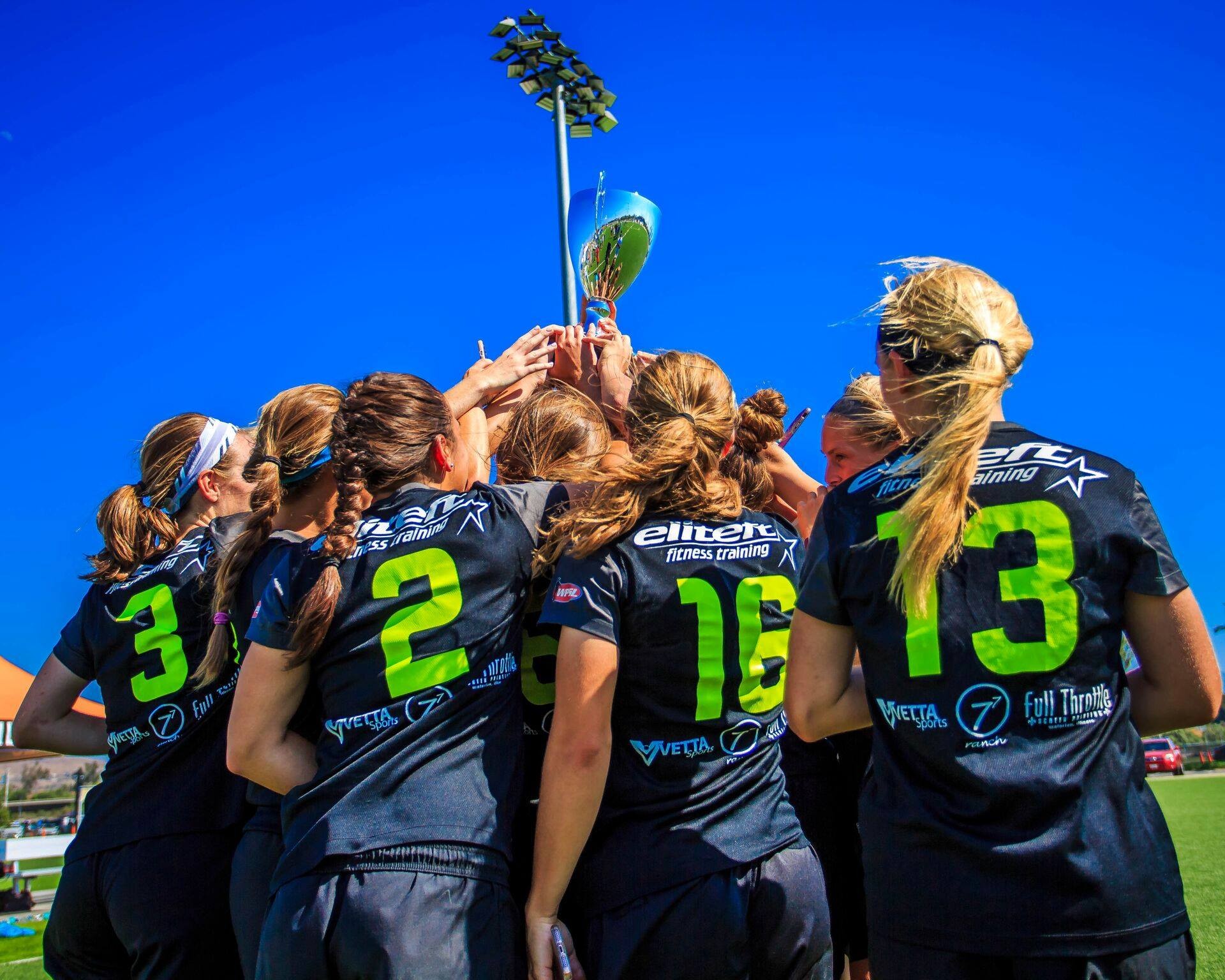 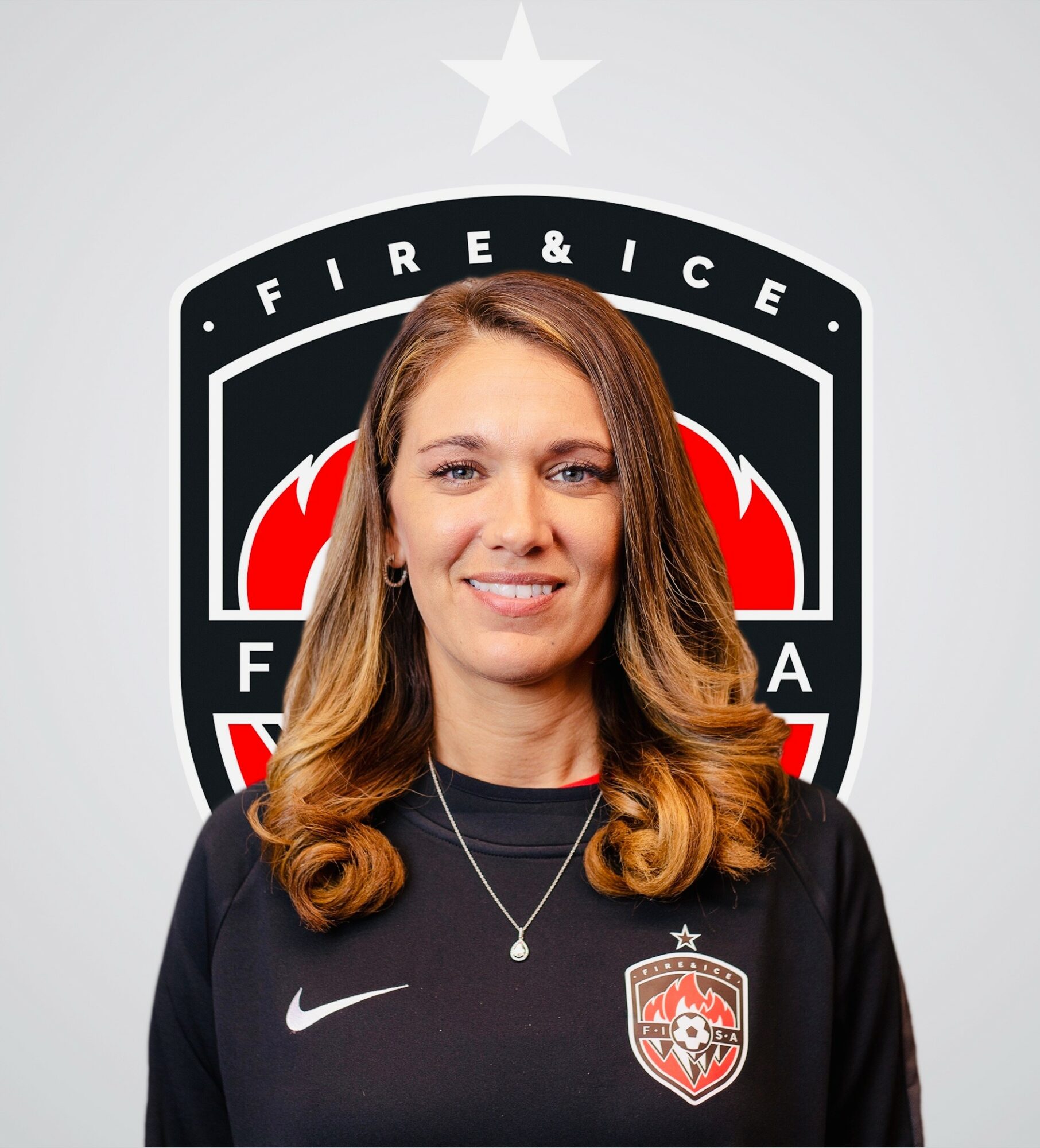 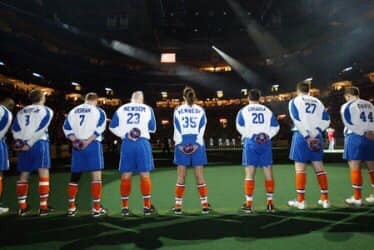 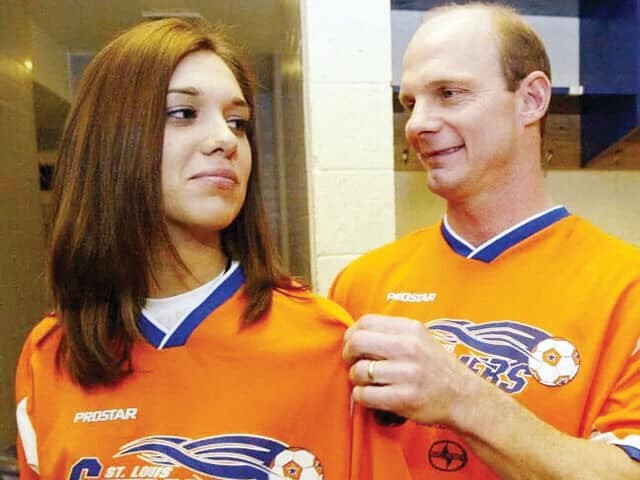