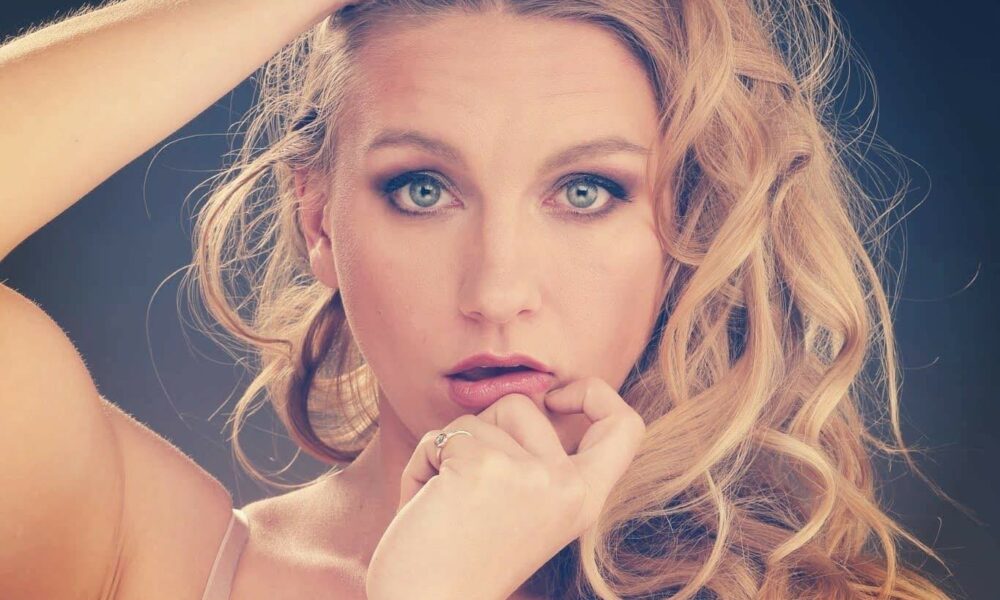 Today we’d like to introduce you to Shaelyn Rolf.

Hi Shaelyn, we’re thrilled to have a chance to learn your story today. So, before we get into specifics, maybe you can briefly walk us through how you got to where you are today.
A little bit of luck, an awful lot of prayer, and a vehement determination to succeed far beyond anyone’s wildest expectations are what got me to where I am now. In 2012 after I finished up at University I moved back home to Saint Louis and lived at my father’s house in South City. I had no clue what I was going to do with my life, and I was working full-time as a bartender on the Hill. I had this consistent feeling, a mix of passion with desolation, that pulled at the base of my lungs telling me that I should at least try and pursue music as a career. I could bore you with details from my childhood about this and that, but that’s just the base of the story. Just know I was always a musician and was heavily involved with the arts.

At the time, Craigslist was the place to go for gigs. I was cast in an indie vampire film where I was a seductress singer and ended up impressing the director. The director introduced me to a man who was a well-known Missouri hip-hop manager. I met with him, sang for him in a public restaurant and he advised me to get on a plane two weeks from that night and attend a major DJ music conference in Las Vegas. I didn’t tell anyone what I was doing, I think I briefly mentioned it to my dad and he glossed over like, “Yeah okay”.

I brought a friend; I owe her a proper Vegas trip because while I was there, I was networking the entire time. During the two weeks leading up to the conference, I recorded and pressed my first single. I passed it out to everyone. I met so many DJs and so many managers it’s unreal, all with promises of what they could do for my career if I paid them an insane amount of money I simply did not have. I was exhausted, and on the last day, the right person at the right time heard me singing in a live interview. He took me to the VIP section of the Palms pool and told me to sing for this couple, so I did. The man was on the phone, he put down the phone and told me not to go anywhere, they were taking me to dinner, and they did. His name was Chris Pringle, and that man changed my life. He told me they were going to bring me to Los Angeles to meet a producer. I flew back to Saint Louis, was at my job, and got a call from Cold187um, Gregory F. Hutchison.

Two weeks after that phone call I flew out to Los Angeles. I met with Hutch, and they gave me a song to learn overnight, “Intoxicated”, which I think is still online. We went to the studio, recorded “Intoxicated” along with three more songs we wrote together, and gave the EP to Chris. I signed a management contract and flew back to Saint Louis to pack my bags and move to LA. I didn’t tell anyone what I was doing, picked up a second job, and stacked my money. I was in a band, with some of the most talented brothers I’ll ever know, and I told them to be patient, I was setting something up and they were on board. The day I moved is the day I told my family I was leaving. My mother ended up coming with me and in 28 hours we were moved into my apartment in Inglewood, and I was back in the studio.

The next three months were a whirlwind. I was working at a restaurant during the day and attending red carpet fundraisers and charity events at night. I was nominated for a few Indy music awards and was on a path to recording an album and being recommended to the Academy of Recording Arts when Chris suddenly passed. The contract turned upside down and Hutch and I broke away independently. Shortly after two of the brothers from the band in Saint Louis suddenly passed away. This is when I became a ghostwriter for west coast hip hop, a go-to website/online media fixer, and a trusted ally to many LA producers and songwriters.

For six years, I traded work for studio time. I worked with and met some major hip hop moguls, underground rap artists, talented songwriters, and engineers and floated wherever the music took me. I had music sold out from under me, I had music stolen from me, I had penned hits I can never discuss, and I learned the ins and outs of the music business from the inside. I’ve recorded in some of the most exclusive recording studios in the world, been taken into a master engineer’s vault where I heard songwriting sessions and unreleased albums from major artists that the public will never hear, and have also bootstrapped and concocted projects in basements. At one point I was a live streamer for Docler Media and was broadcasted to channels on Dish Network in Europe.

When I was working at LA Fitness as a personal training sales rep, I was introduced by a member to Lazonate Franklin, and she changed my life further. She taught me the reality of major record labels, how to write a platinum hit and how to navigate the mass market. We met pretty much every day for a year. I would show her the music I completed from whatever studio I happened to float into, and she would critique the hell out of it, but never told me exactly what to do with it. She would suggest little things but never gave me the solution, just kind of danced around it, which is how I learned the formula. We co-wrote together and she quickly became my most trusted ally and my best friend. She never introduced me to her contacts, never brought me to the majors, she was a pure mentor, and never sold me empty promises.

After she fulfilled her contract with Sony, she moved out of Los Angeles to have a baby and I moved to Dallas for my first record deal. The deal fell through and was never signed, in fact, an attorney from Saint Louis saved my career from being shelved and sold. Shortly after returning to LA my friend Scotty introduced me to his friend Ian and we made the album “Sexy Dancy Vibes” in 2018. The song “Murrrcedes” quickly hit #2 on the BMS Radio Chicago Pop charts and the song “Dewey Weather” peaked at #12. After that release, Ian became a firefighter in Yosemite and I packed up my life and moved to Northern Italy to work with a band I met while in Los Angeles.

That is the summer I fell in love with the process because time slowed down. We made some amazing songs, all of which may never come out. Those musicians are some of the most talented individuals I have ever heard play, I can’t even describe it and I believe it’s because the guitarist and bass player deeply love each other. After my time in Italy, I decided to move back to Saint Louis to mend and work on my family relationships. I formed a band here in Saint Louis.

Two years later my mother drags me to an open mic night at Westport Plaza, Backstreet Blues, and Jazz Club. I did not want to go. While there we met a drummer named Lenny Mink. I asked if he could play drums on our song, and he said he was a novice but owned a record label. I needed a deal and after two months of negotiations I signed a record deal in August of 2021 with Lotown Records, and for the past year, we have been working diligently on an album. Lotown also has the lease on Westport Playhouse, it’s going to be the new hot spot.

I am making this album for Saint Louis. I am fusing modern sounds I learned with the musical roots that make our city a staple in music history. I’m currently working with and signed a deal with The Townsendx3 Agency, which work closely with notable independent artists and music entrepreneurs in Saint Louis on brand management, booking, and business advisement. We will release it when it feels ready, I want to give my city something to be proud of that will stand the test of time.

Can you talk to us a bit about the challenges and lessons you’ve learned along the way? Looking back would you say it’s been easy or smooth in retrospect?
It has not been smooth at all. It has been bumpy and curvy and full of forks and I’ve trusted my instinct to guide me up the mountain, and I’m about at the point where I can see the view.

I look at it as a long hallway and an endless amount of rooms that remind me to be present. Once you leave a room you have a key right? Some rooms can never be revisited, but one thing is certain you can not be in two rooms at once. You have to close a door to open another.

As you know, we’re big fans of you and your work. For our readers who might not be as familiar what can you tell them about what you do?
I’m a pop artist with undertones of contemporary blues and modern rock. I love exploring and fusing, I don’t like to put myself or the people I work with within a box. It’s all about what feels good and what feels right, it’s a vibe. If I can paint a picture and tell a story for the listener then that’s a great thing.

I’m most proud of the relationships I have with people and the quality of work we create together. I’m also very proud of my growth as a person, learning from my mistakes and owning my faults.

I don’t really know what sets me apart from others because I don’t like to focus that much on other people. I just take it one day at a time, consistently trying to do better and become better than I was the day before.

Any big plans?
My plans for the future are a mystery and they come as things happen and progress! I’m looking forward to releasing the body of art we’ve been working on and seeing the reaction from the listeners and following where it goes. I want to make my hometown proud! I’m most looking forward to my first world tour, traveling and immersing myself in other cultures while learning and appreciating the sounds of their home.

A position on a major chart followed by a grammy is a definite goal and I won’t stop until I get it. I need to chart and win some awards for the city, the team that supports and works with me, and the fans that have been behind me and believing in me this whole time. I owe them that much and so much more. 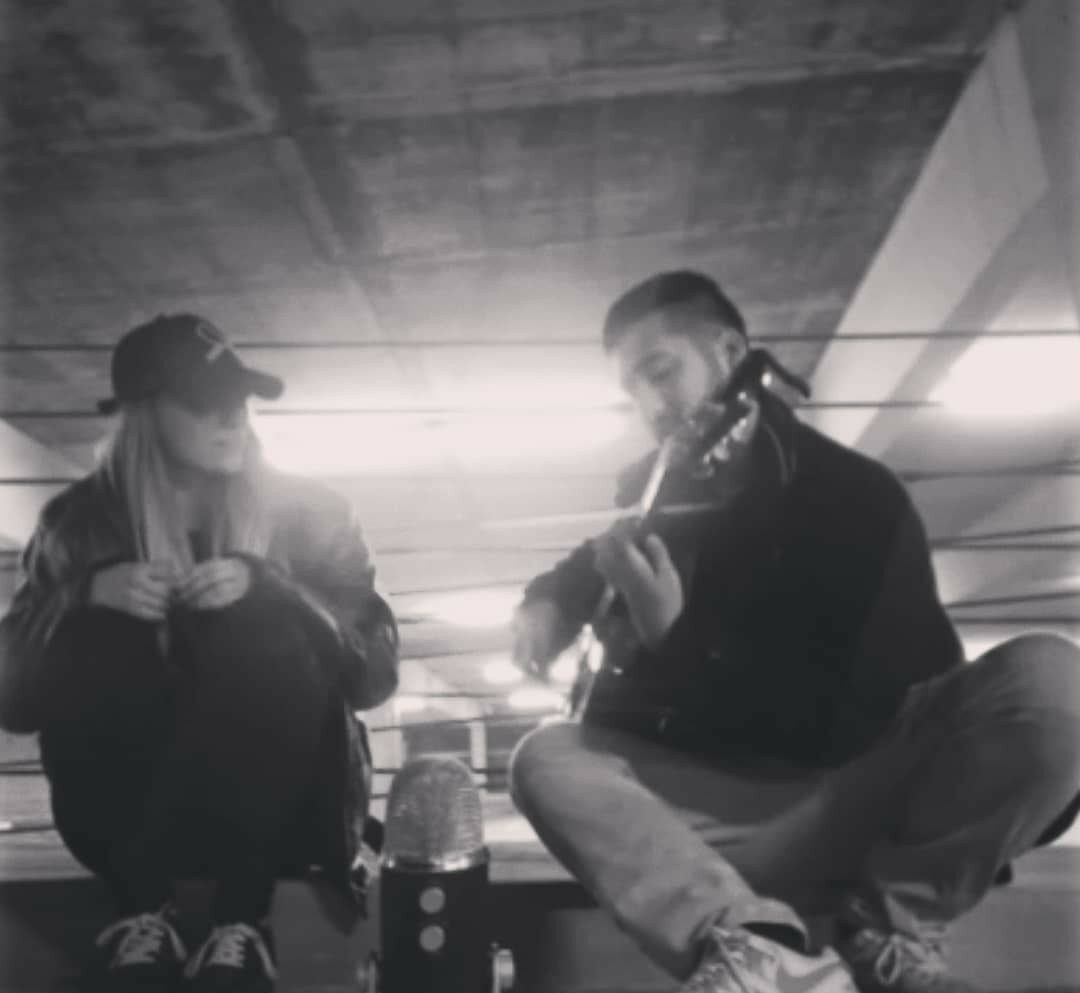 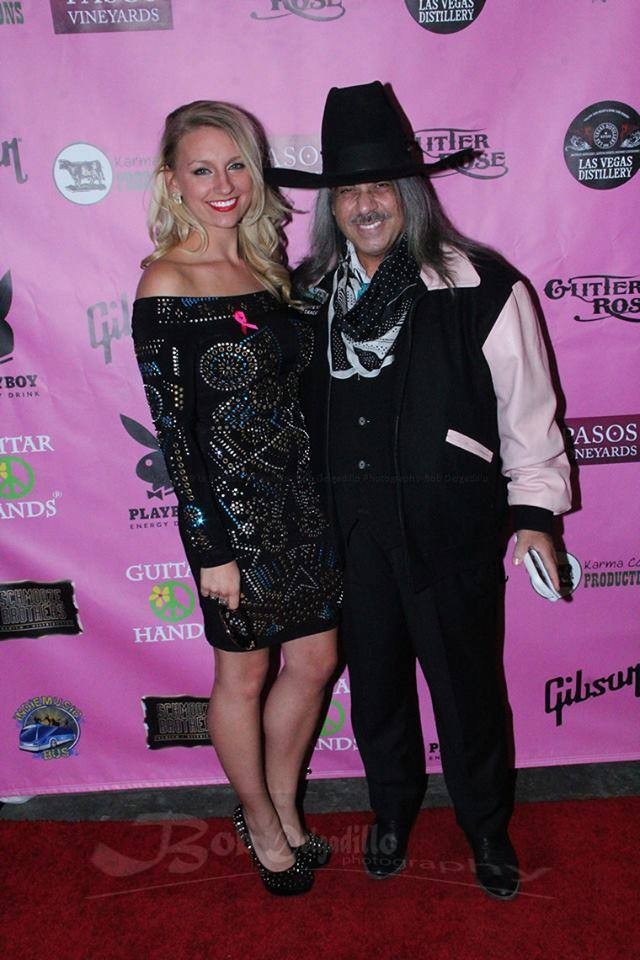 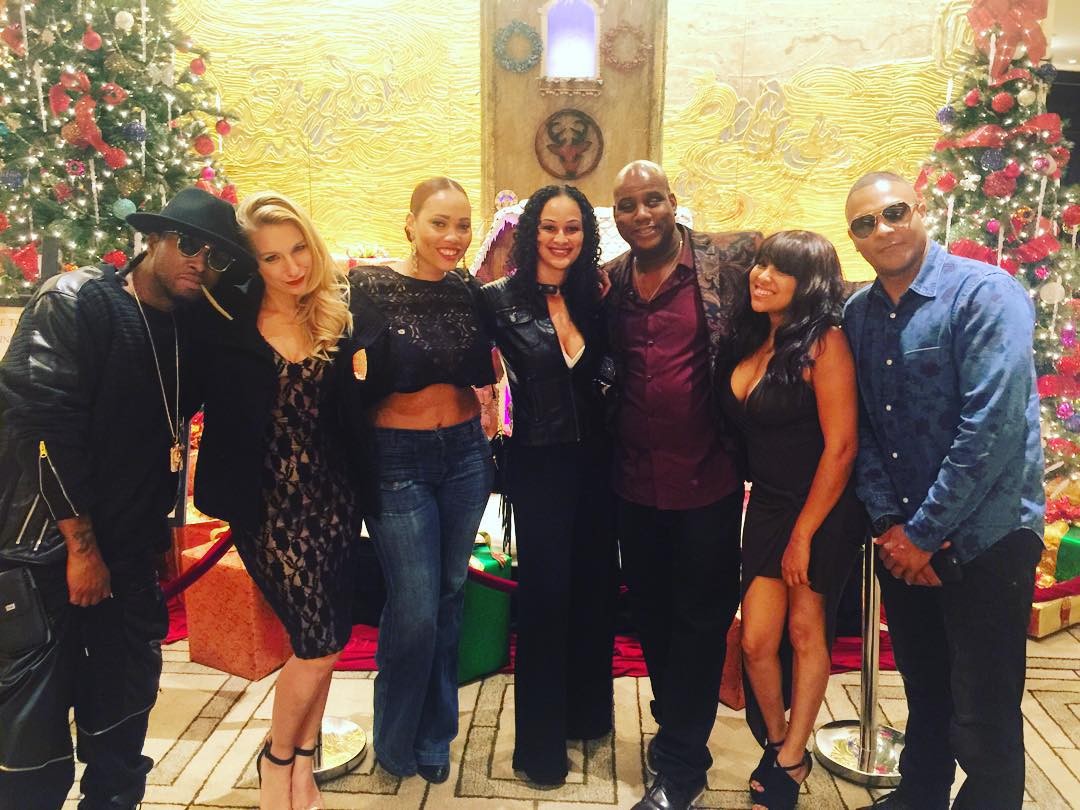 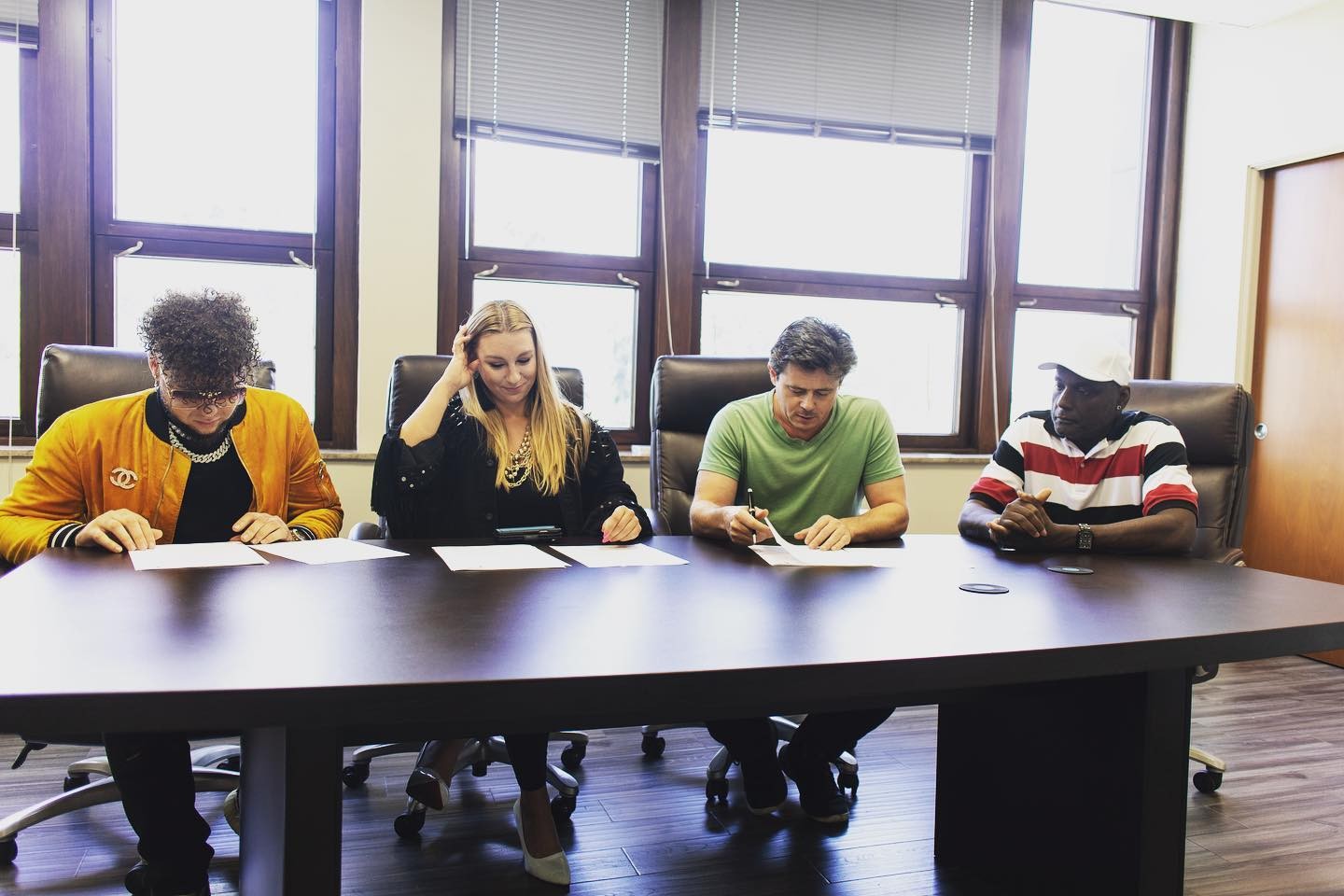 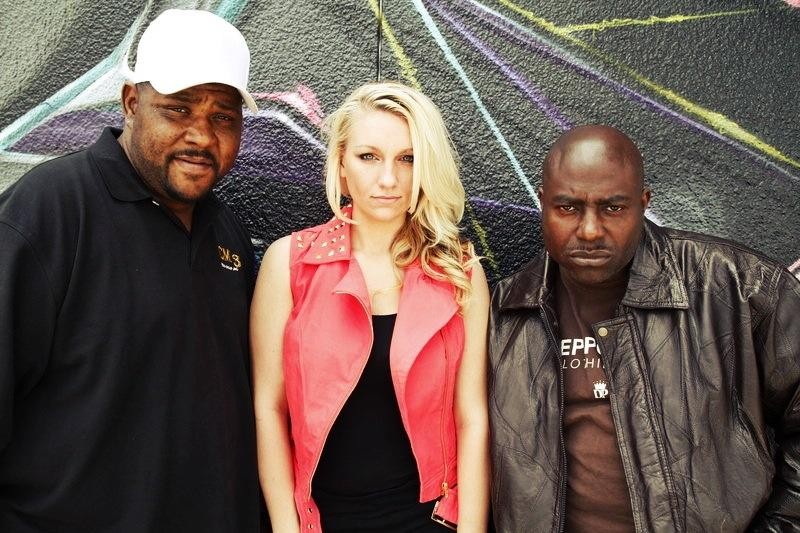 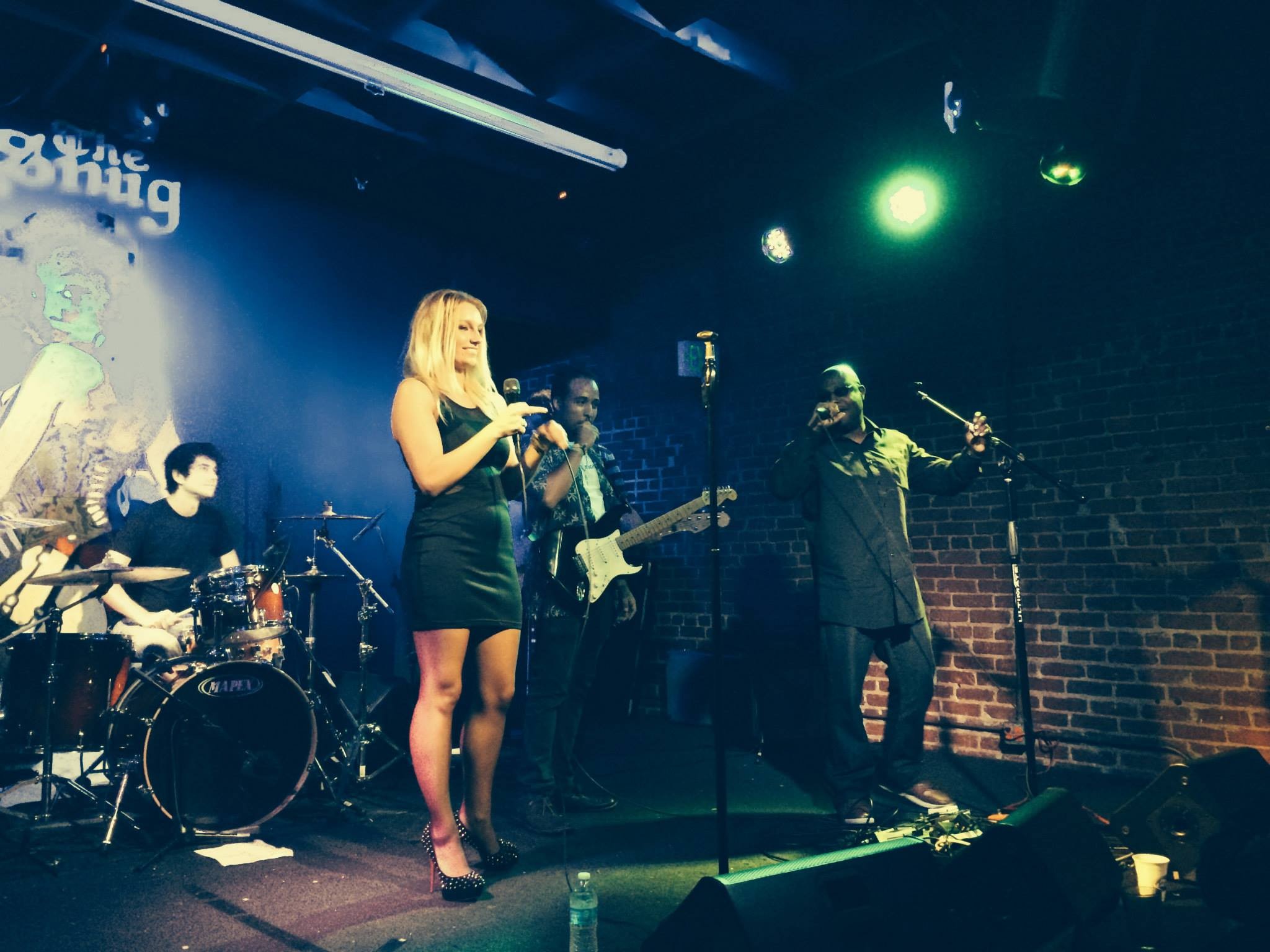 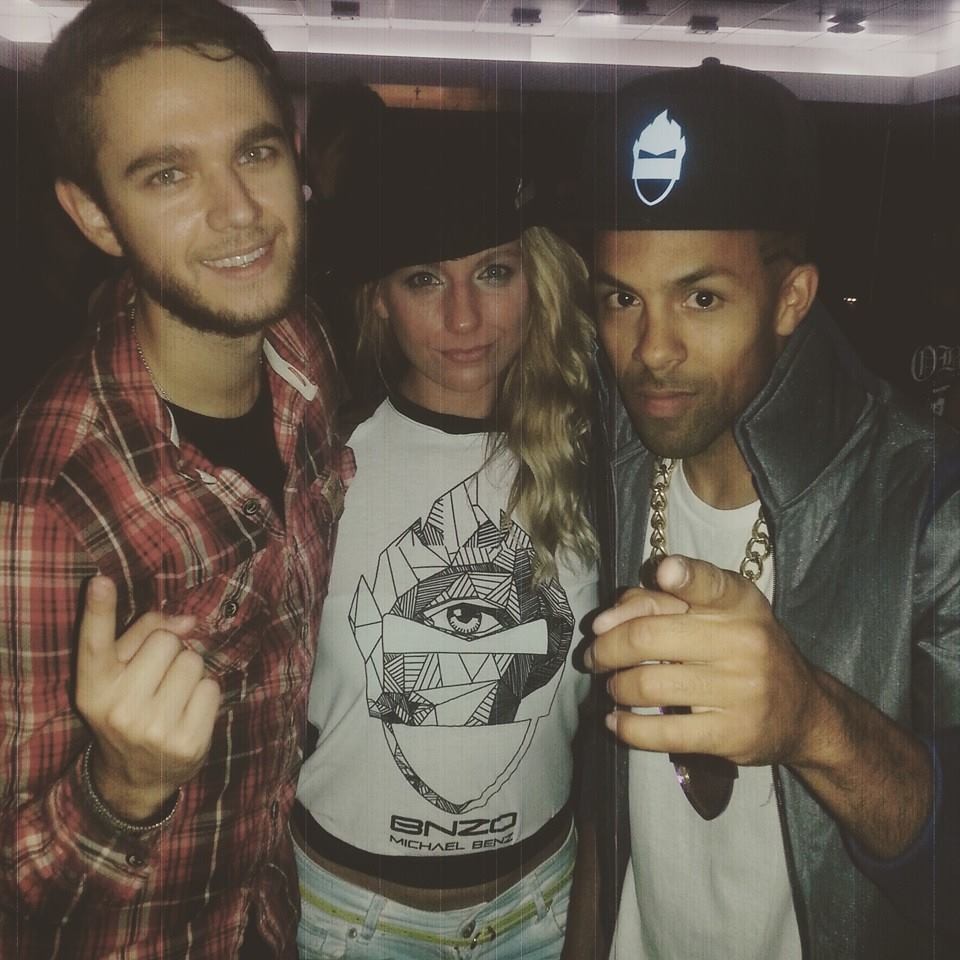 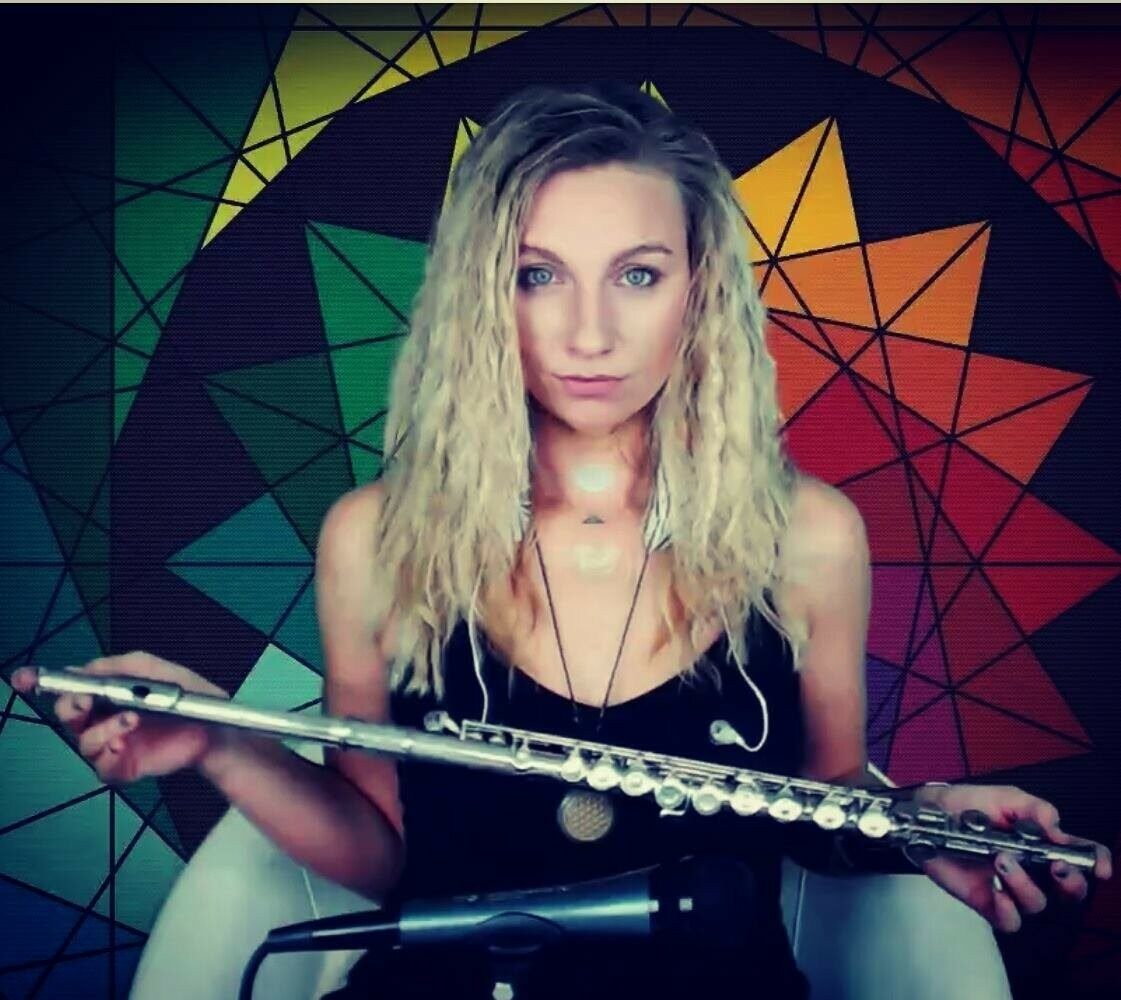