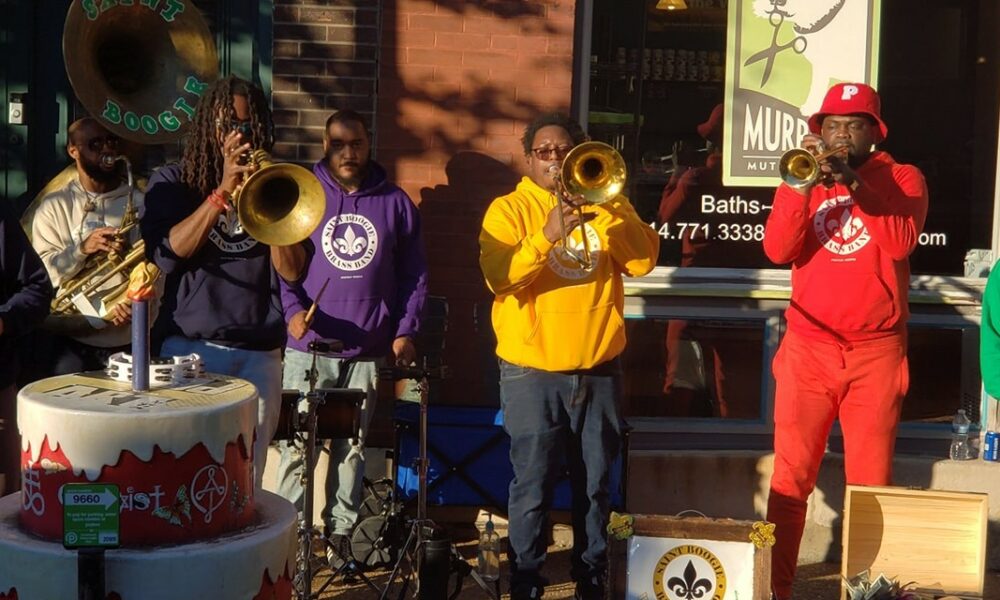 Today we’d like to introduce you to Saint Boogie Brass Band. Them and their team share their story with us below:

The Founder, leader, and tuba player of Saint Boogie Brass Band Christopher “Turtle” Tomlin born in New Orleans is the real definition of a True New Orleanian. He started playing music when he was 12 yrs old on the alto sax. He was very active in all the different music ensembles that he was allowed to be a part of.

He later continued his musical education at the University of Arkansas at Pine Bluff where he found himself in a leadership role being a member of the Marching Musical Machine of the Mid-South majoring in Music Education.

After college, Turtle eventually found his way back home to New Orleans where he got into the Culinary field and attended Delgado University studying culinary arts while working in the French Quarter as a chef (food and music a true New Orleanian).

In 2010, Turtle moved to Saint Louis as a chef at the Lumiere Casino, SB3 Co-Founder (Ryan Maclin) was a director at Harris Stowe University Band and asked Chris if he would come up and help out with the tuba section. It was then Chris realized how much he really missed playing music. He hadn’t played in years but just being around instruments again re-ignited a fire in Turtle that he hadn’t felt in years.

Later that year Chris attended his first Saint Mardi Gras with co-Founder Ryan Maclin, they both noticed the lack of live music/brass bands at the celebration. And Pow!!, thus the beginning of what has been what Turtle has described as one of the best rides of his life, Being the Tuba Player for Saint Boogie.

Chris currently teaches music and culinary arts in the St. Louis area where he gets to show off all the natural talents of a NAWLINS RAISED musician, while exposing today’s youth to much more than what is right outside their doors. You can always find turtle cooking or playing some music, ensure that the party is jamming out!!

Born and raised in Japan, he came to the United States by himself when he was a teenager for the love of music and sports. That’s when he picked up his saxophone and now it has become his filter to express his emotions. St. Louis musicians have let him open up his musical journey and has been playing ever since.

“I really appreciate the acceptance to join Saint Boogie Brass Band and I hope that the music will keep uplifting each one of us.”

I Believe music generates light and love. I’m all about energy. My second love next to music is chicken. My kids are my everything. I enjoy baseball more than any other sport.

I’ve been playing drums and singing since I was about 4. My entire family has a musical background. The one person that truly influences me to keep up with it is my grandmother LaVera French, a well known gospel artist in st. Louis. Unfortunately she’s not with me. But has always been my guardian angel.. if I could show her what I am now I’m sure she’d love it. Music (More so the drums) is my true passion. I’ve loved it since the first time I picked up a pair of sticks .

I guess what separates me from the others is the ability to play the drums and sing at the same time. Although it’s a bit common in the music world, you don’t really come across many people that can actually do it.. it’s not an easy task… But one you get it then no one can take that away from you… Recently I’ve noticed that people are amazed by such a thing.. Me, I never really thought I could do it. But I guess I surprised myself lol.

Kevin’s musical journey began as a child in elementary school under the tutelage of Mr. Thomas Greene playing the trumpet; closely following the steps of his older sister Carla Johnson and late uncle Rory Johnson, former musical ally to the late Kim Massie.

As Kevin matriculated through his primary and secondary education, many great instructors such as Mr. Thomas Moore (Normandy Middle), Mr. Robert Edwards (Normandy High) and Lisa “Mama Lisa” Gage (Fundisha Enterprises) provided Kevin with a wide variety of experiences and skills in the arts of jazz, African drumming & dance, and marching band.

Kevin would go on to bring pride to his city by joining the pride of Saint Louis Harris-Stowe State University Marching Hornets.

Terrell’s musical journey started when he was 12 playing the trumpet, which led him to Lincoln University of MO on a band scholarship, and that journey continues today as a member of Saint Boogie Brass Band.

Each day he strives for excellence to become better than the person he was yesterday.

Keith Clair was born and raised in St. Louis, Mo. His love for music started at a young age when he would watch his grandmother play the piano.

His Dad was a wonderful singer so he took up singing after him.

His parents decided one day to buy him a trumpet and it was then that he found a new interest in the instrument.

Playing the trumpet gave him the opportunity to earn band scholarships to multiple Historically Black Colleges and Universities (HBCUs) University of Arkansas at Pine Bluff in 2003, Lincoln University Of Missouri in 2006

Being a part of Saint Boogie Brass Band is a great experience for him and it’s great for the people of St. Louis that come out to show love and support.

Ryan “Greenbean” Bouma is a well-known St. Louis artist who flows seamlessly through the city’s diverse musical genres. He is fortunate enough to have the support of family, friends, and strangers alike his whole journey.

He is grateful to have shared the stage with local and national acts spontaneously countless times.

Catch him playing Sax, flute, harmonica and percussion with many amazing STL bands. He is proud to be the newest member of Saint Boogie Brass Band.

I’m sure you wouldn’t say it’s been obstacle free, but so far would you say the journey has been a fairly smooth road?
Yuki Aono (Tenor Saxophone): Yes it has been a smooth road, we never struggle. Because we are doing what we love to do.

Terrell Gladney (Trumpet/Trombone): Smooth, no. Progressive, yes. Our sound is unique and there are occasional bumps on the road when the style of your band is not common in the city in which you serve. People APPRECIATE and ENJOY the brass band sound, it’s just something they’re not used to hearing. Another challenge is getting the city and clientele to realize though we are a brass band and we have versatility (i.e. we can do more than just a 2nd line).

Ryan Bouma (Baritone/Tenor Saxophone): The pandemic presented challenges for everybody these past years. For performers there were few venues open at all. Being an acoustic band enabled us to bring music to the people on the streets. This is when I realized how big of an impact Saint Boogie was in lifting spirit and bringing joy.

Can you tell our readers more about what you do and what you think sets you apart from others?
Yuki Aono (Tenor Saxophone): Funkiest Tuba player in town, best grooving drummer and in-pocket rhythm section, strong voices, freestyle cooling woodwind and big hot brass sound. We do really good improv live.

Marvin Bell (Drums): I guess what separates me from the others is the ability to play the drums and sing at the same time. Although it’s a bit common in the music world, you don’t really come across many people that can actually do it, it’s not an easy task. Once you get it, then no one can take that away from you. Recently I’ve noticed that people are amazed by such a thing. Me, I never really thought I could do it, but I guess I surprised myself!

We’d love to learn more about your work. What do you do, what do you specialize in, what are you known for, etc. What are you most proud of?
Terrell Gladney (Trumpet/Trombone): I am a Middle School Band Director in the Ferguson-Florissant School District. Being a loving Father & Husband are what I am most proud. Everything I do is for them and to bring God Glory.

What sets us apart from others is our ability to engage the crowd and our organic flow during live performances.

Alright, so to wrap up, is there anything else you’d like to share with us?
Terrell Gladney (Trumpet/Trombone): We are a Funky Brass Band with a Midwest Swing, just bringing joy and love to our listeners.

We have upcoming performances at the Broadway Oyster Bar, Central West End, BarkeepSTL, Schlafly Stout & Oyster Festival 2022 and look for us at Music at the Intersection on September 10th 2022 in Grand Center. 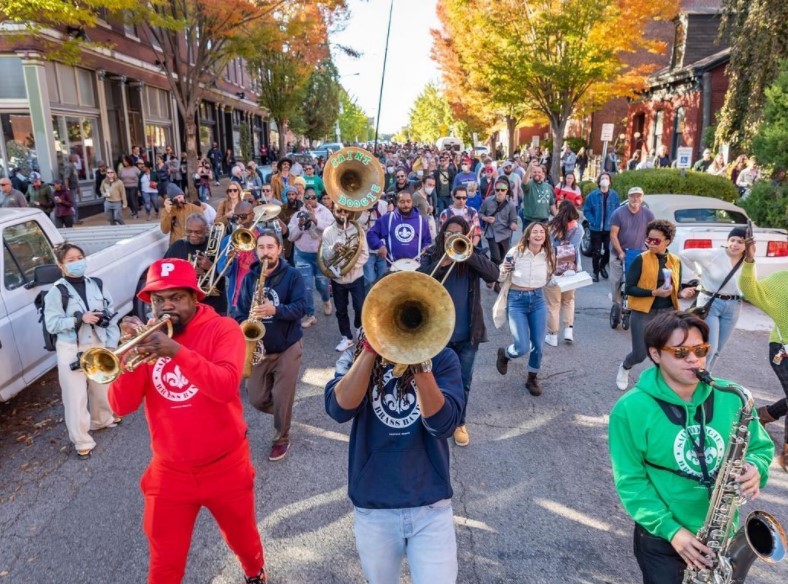 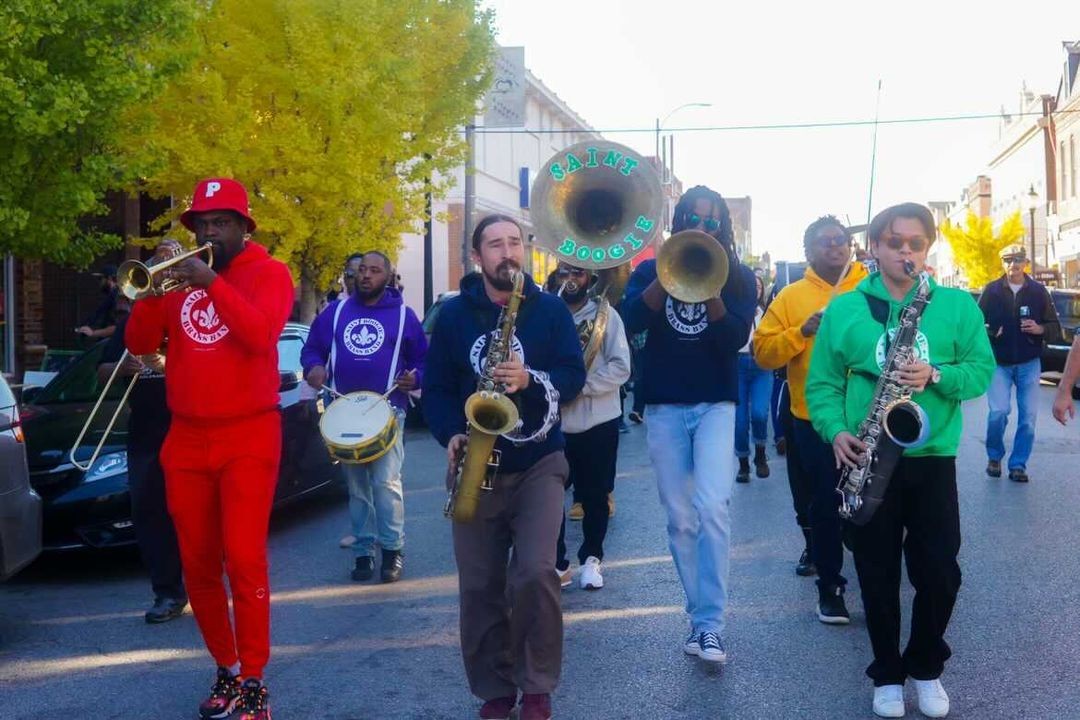 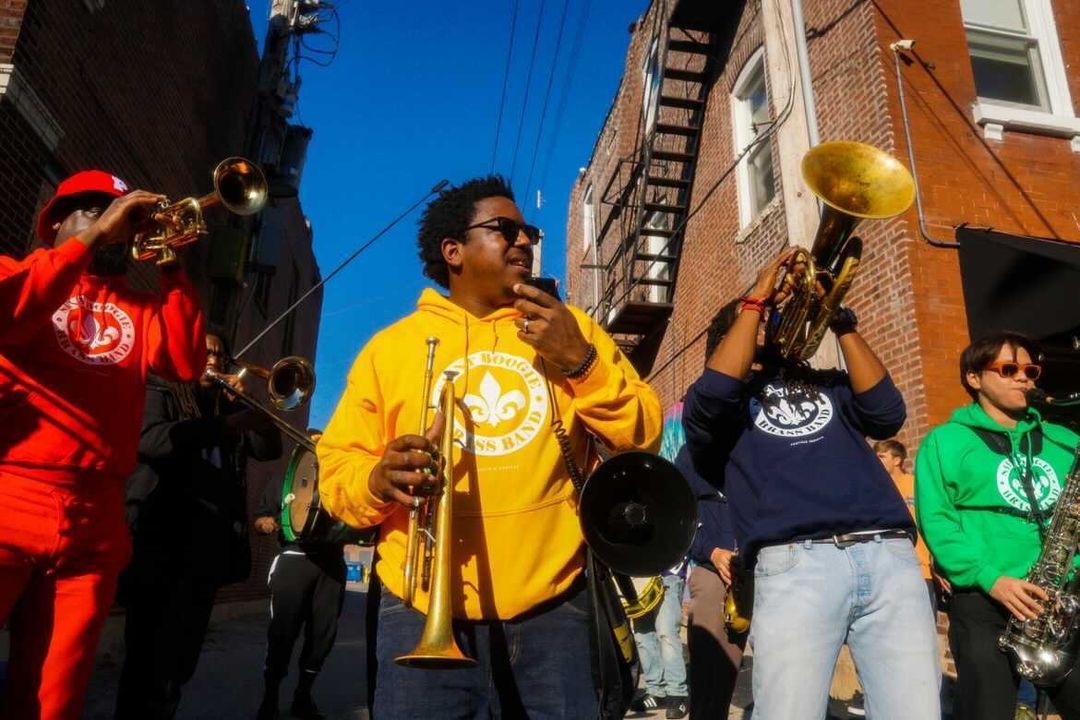