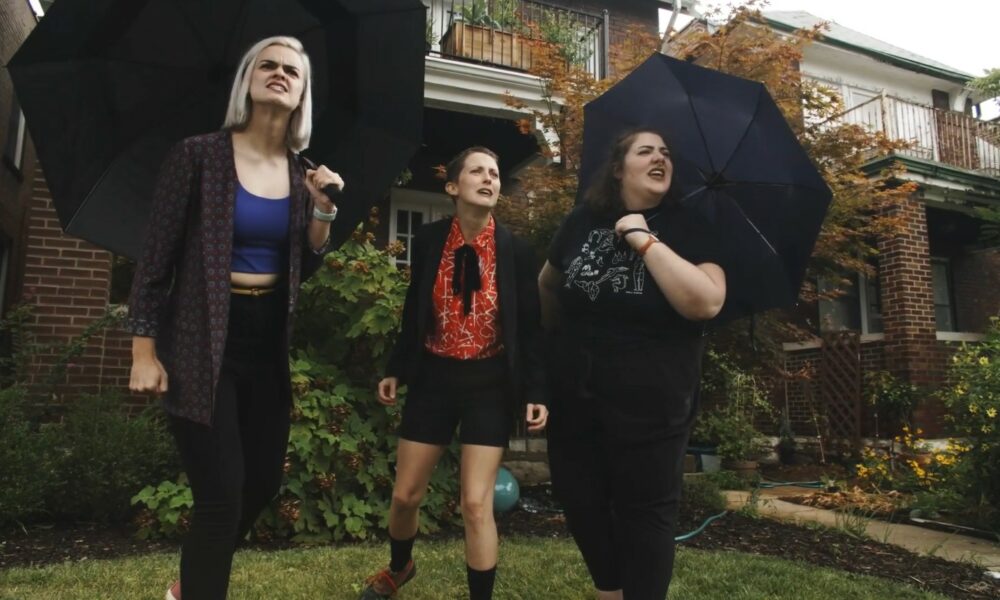 Today we’d like to introduce you to Jenna McDonald, Cece O’Neill and Abby Dorning.

Jenna, Cece and Abby, we appreciate you taking the time to share your story with us today. Where does your story begin?
When the first thing someone says to you is, “I pooped 6 times today, are you grossed out? Or impressed?” It’s safe to assume that you’ll fall head over heels into friendship with them. That introduction was one that ensured any insecure freshman jitters we had, completely dissolved. The three of us all brought different creative flavors to the table; while at Webster, Jenna McDonald (Sher/Her) studied Film Production, CeCe O’Neill (She/Her) studied Screenwriting, and Abby Dorning (They/Them) studied Costume Design – talk about a trifecta???

We knew that someday we’d have the tools we’d need to create something of our own, but every teacher or mentor we came across all shared the same advice, “if you want to ‘make it’ in this industry, just start making!” So simple! And at the time, maybe too simple, to the point of being wildly overwhelming and seemingly impossible.

After graduating, it was a confusing, directionless time, and the three of us lost our way for a little while trying to learn how to walk as adults in the real world. Jenna and Cece moved away clinging onto any opportunity to find a path to happiness again, while Dorning stayed in STL working on building the beginning of their art career.

After a year in LA, and getting that same dang advice over and over to “Start making your own projects”, Jenna finally took that advice, and used heartbreak and depression as a motivator to write the first draft of Episode 1. Jenna- “I knew I wanted to include shaving my head. I’ve always wanted to do it, and I was finally feeling emotionally unstable enough to do something that drastic. I’ve had the idea of someone finding their partner cheating on them while pooping on the toilet since Senior year, so I somehow wrote a plot line around those two things!” Badabing badaboom, the gang got back together in Saint Louis, where they had connections and resources, and got back on the path to pursuing their dreams.

Filming the first episode was like being freshmen again! Terrified and giddy, but overall a very thrilling moment, with lots of lessons learned along the way. That slumber-party-giddy euphoria continued through the premier we hosted at The Monocle in January of 2020, and we could feel the momentum building!! Until… the pandemic! It sucked the wind right out of our sails, and we quickly had to pivot our plans for the release of Episode 2, to be a “pandemic safe” party on an Instagram Livestream. That ‘strong momentum’ we felt just a few short months prior at the Monocle, had come to a halt like a sad creepy still swingset. In the first few months of the pandemic, we honestly struggled as a trio to find the motivation to create, but pushing through job losses and our mental health, we had an opportunity to get our gears greased again by teaming up with Trader Bob’s for a “Bonus Brick”. Getting to have fun on set together again got us enthusiastic to write and shoot another full episode!

This brings us to now. We’re wrapping up post-production on what will be the One Brick Shy Series’ third, and final, episode. With three creatives, we all have many different passions, which is part of what has made this show so great, but during this tumultuous time some passions have taken precedence. Cece and Jenna plan to continue making projects with our signature silly flavor, with the birth of One Brick Shy Productions. We have always used comedy to cope with life’s hardships, so why stop now! We have been so lucky and grateful for the crew we have gotten to work with, and aim to expand our team to collaborate with more STL creatives, and to continue to locally produce entertaining stories.

Can you talk to us a bit about the challenges and lessons you’ve learned along the way. Looking back would you say it’s been easy or smooth in retrospect?
Financially, every episode has been a struggle- remember, we basically all majored in pretend, not business. We have been 100% self-funded… and the professional quality we’ve been able to produce- comes at a professional price tag. However, one of our core beliefs is to pay as many, if not all, of crew members for their hard work. We value everyone’s help and want to show our appreciation, and the best way to do that is monetarily.

Also, all three of us have completely separate lives, with jobs, significant others, children (not really, just dogs), and getting together to collaborate and write has been a massive challenge since day one. CeCe didn’t even live in STL when we were writing Ep. 2, so in the beginning, our writing sessions were often on facetime.

And we haven’t even gotten to the struggles in the pandemic. Which includes all of the struggles mentioned above, but even harder.

Alright, so let’s switch gears a bit and talk business. What should we know about your work?
We have combined and specialized experience across film, theater, and comedy writing; a trifecta of talents and buffoonery. Cece is an expert writer with some dang quick wit that most people don’t understand half the time. Her ability as a director, and how to work with people is such an asset to our team. Jenna’s experience- both in front of and behind the camera- on countless professional sets makes her invaluable to production. She knows exactly who to wrangle to ensure the logistics and the process of filmmaking goes smoothly. Abby is an artist through and through. Having a costume design background, they know how to create a story using wardrobe and colors. They also illustrate the striking animations that help the series stand out.

Before we let you go, we’ve got to ask if you have any advice for those who are just starting out?
We are basically just starting out and have a crap ton to learn still, but if we were to give someone advice – Hate to say it, but start making stuff with friends. It could be just a silly scene and not even a whole plotline. Just get some friends together and start practicing because with every episode we have learned so many things on what to do and what NOT to do, where to put money, and what isn’t needed. But it’s taken us several episodes and projects to get there. We never wanted to give that advice but here we are.

And maybe take a business class or something to learn how to make money creating your own passion project, and then lettuce know how! 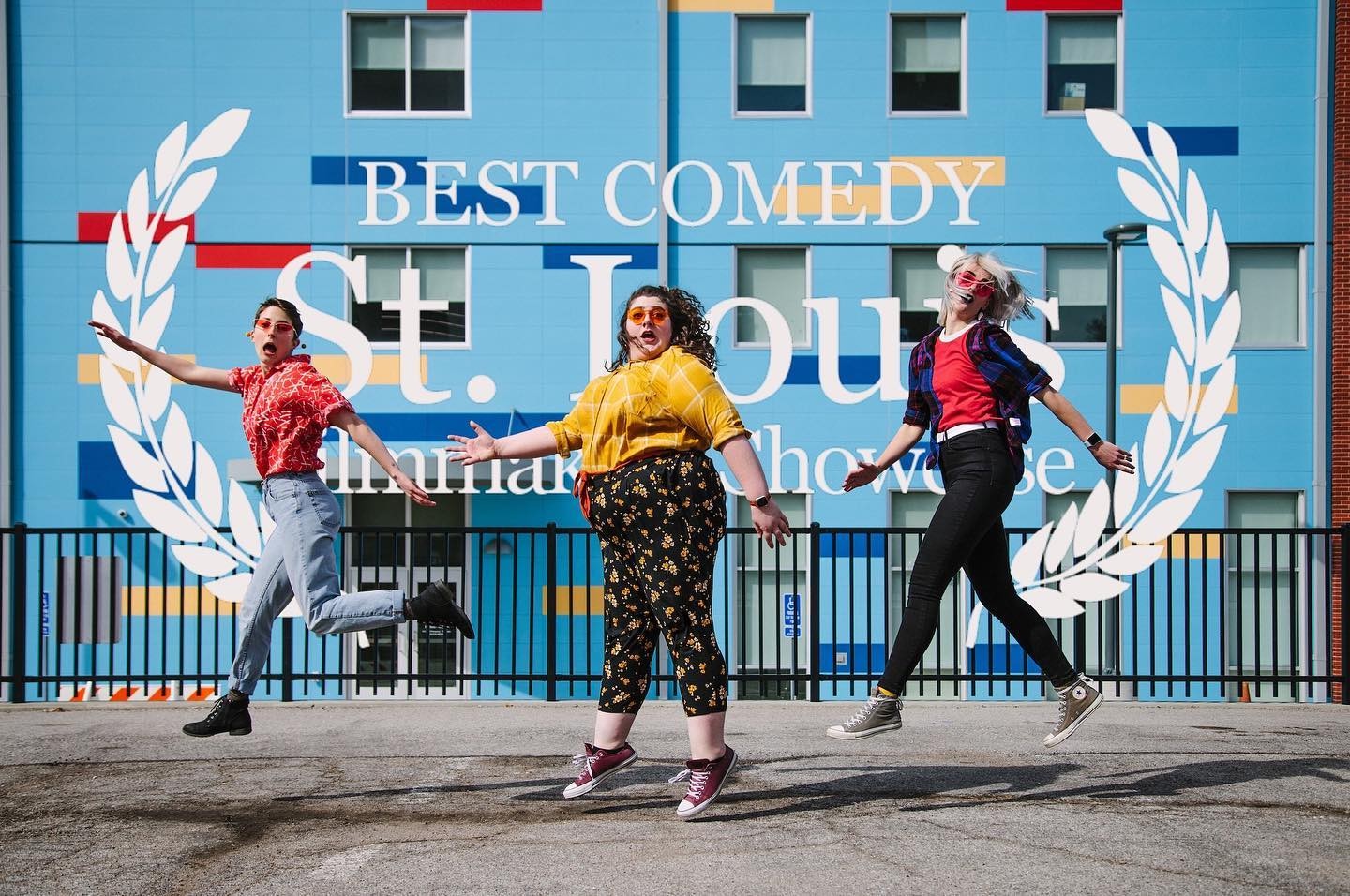 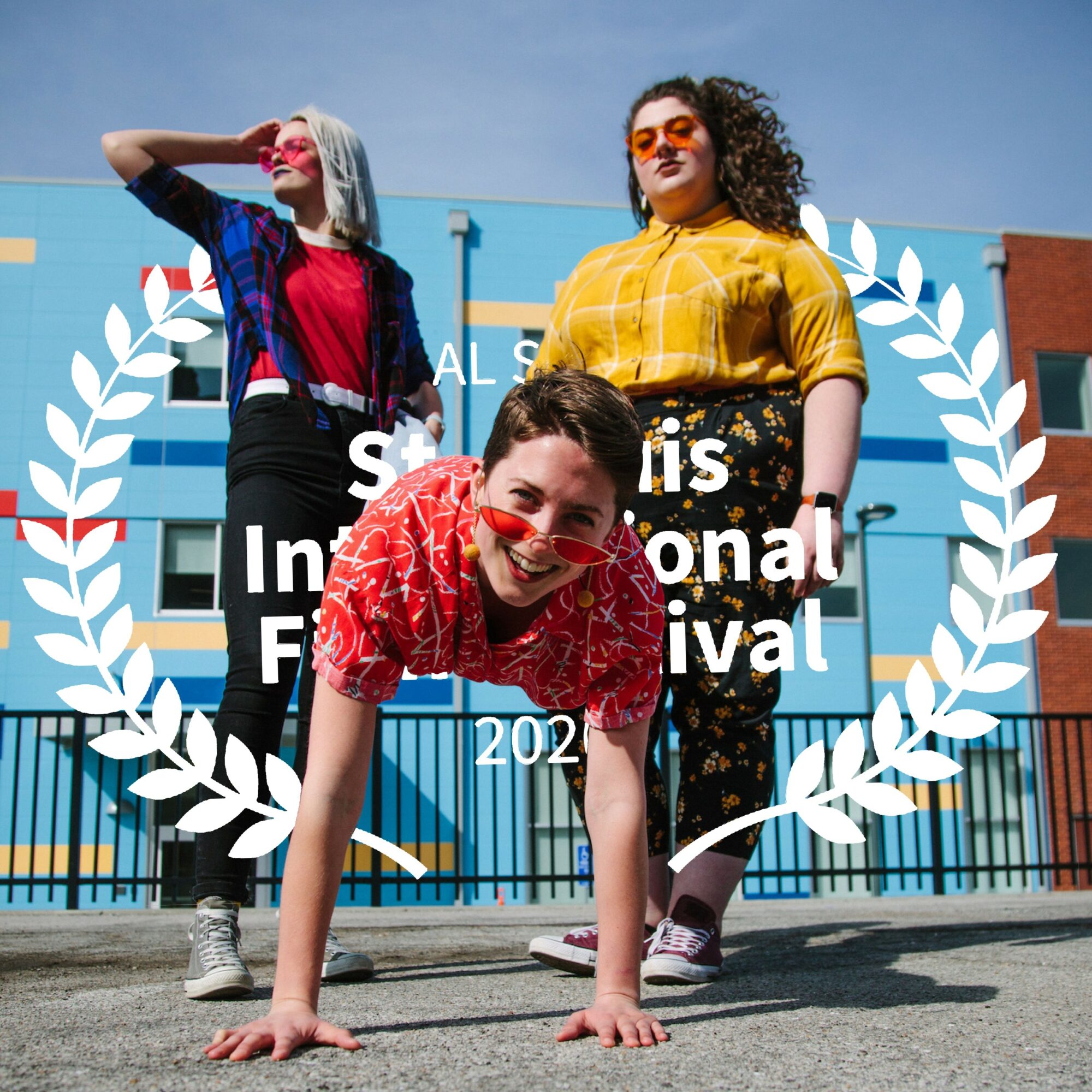 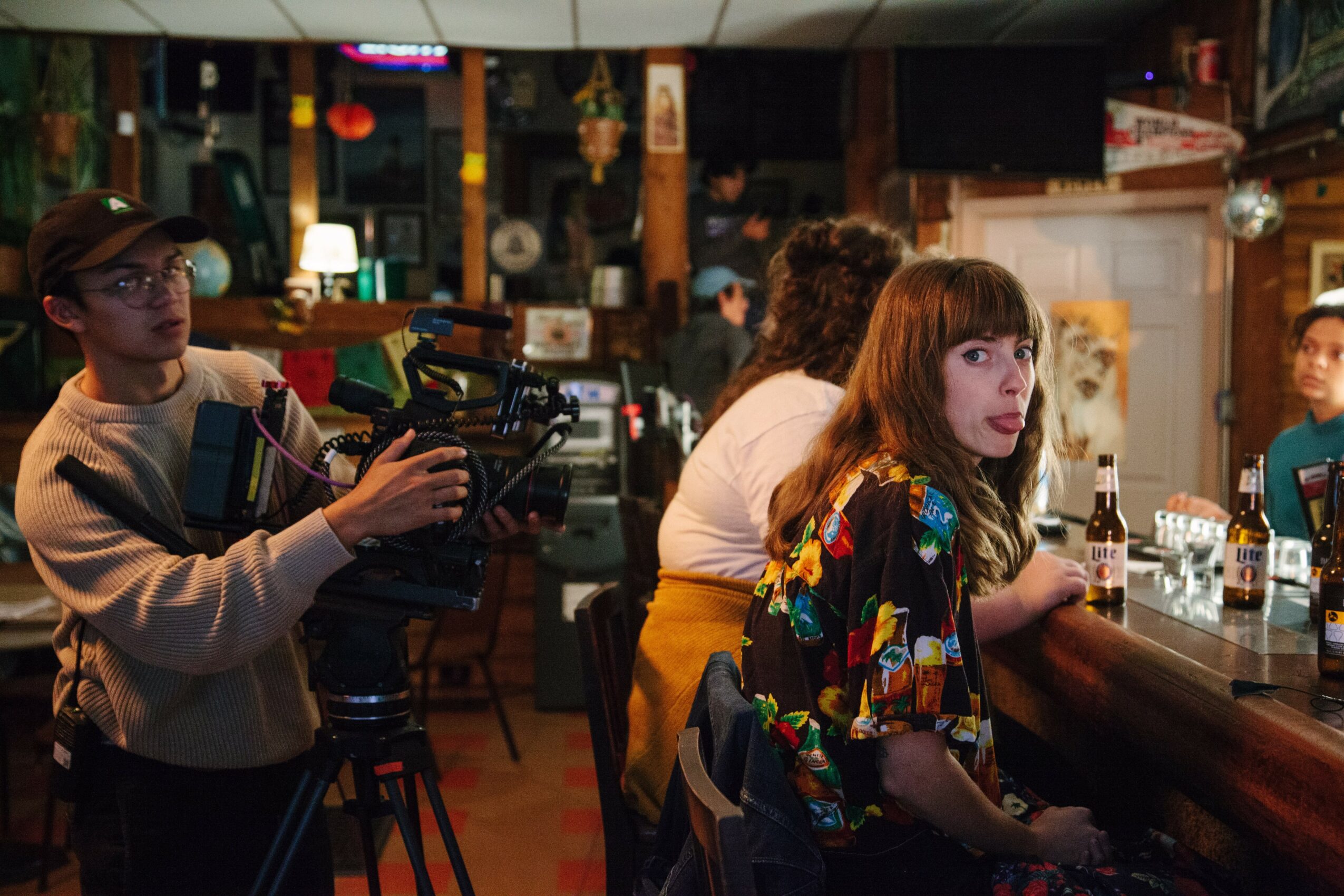 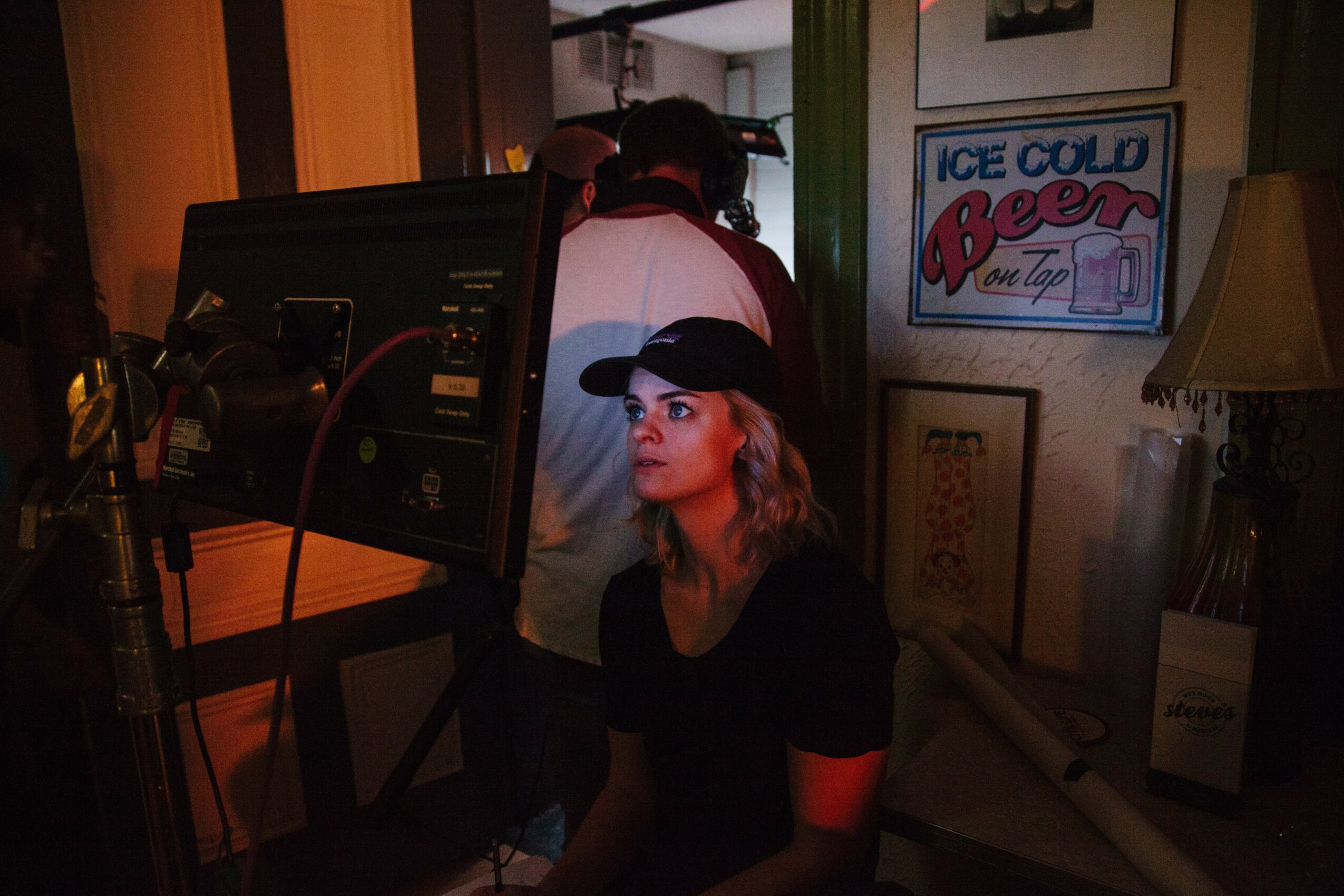 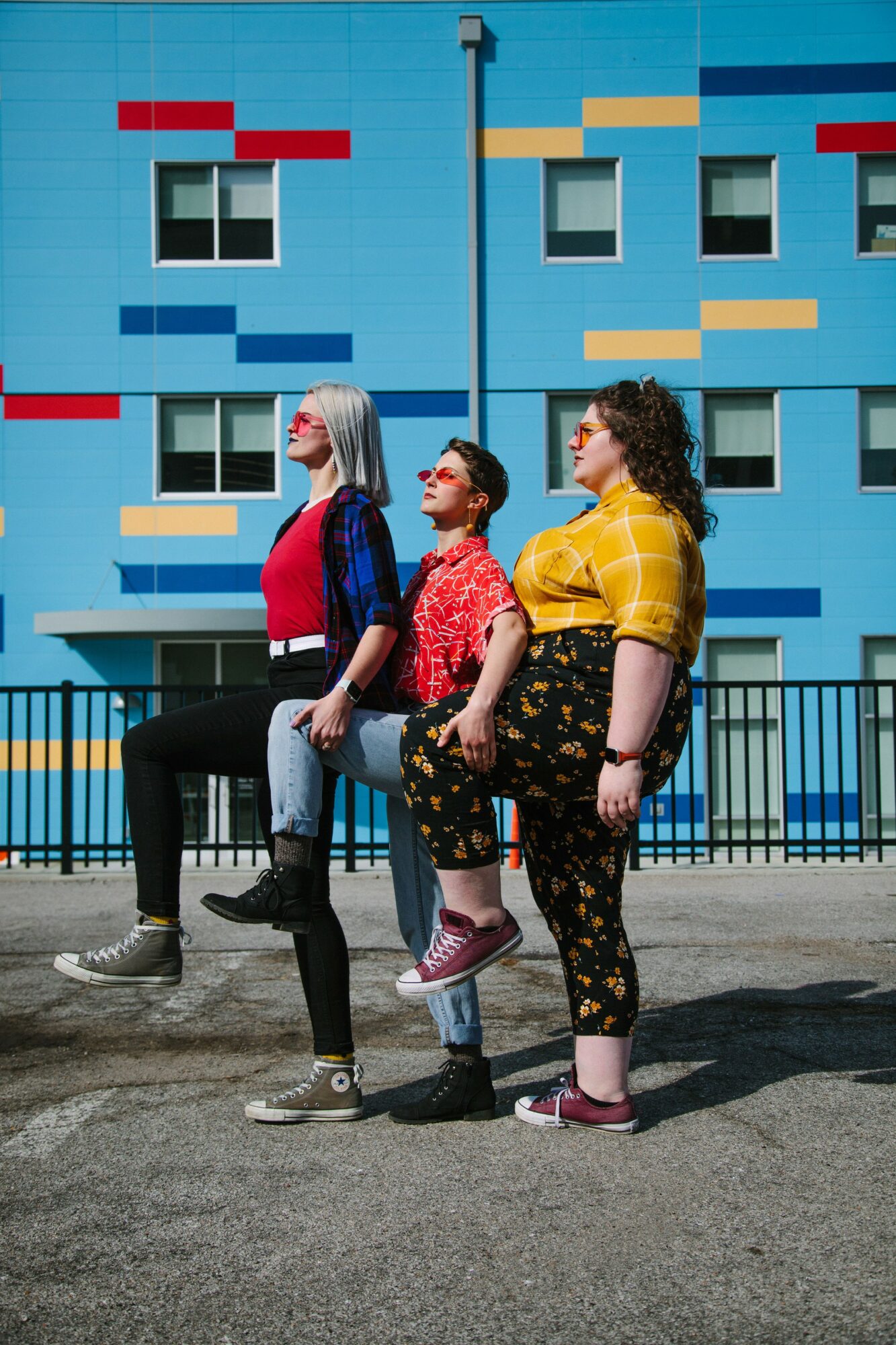 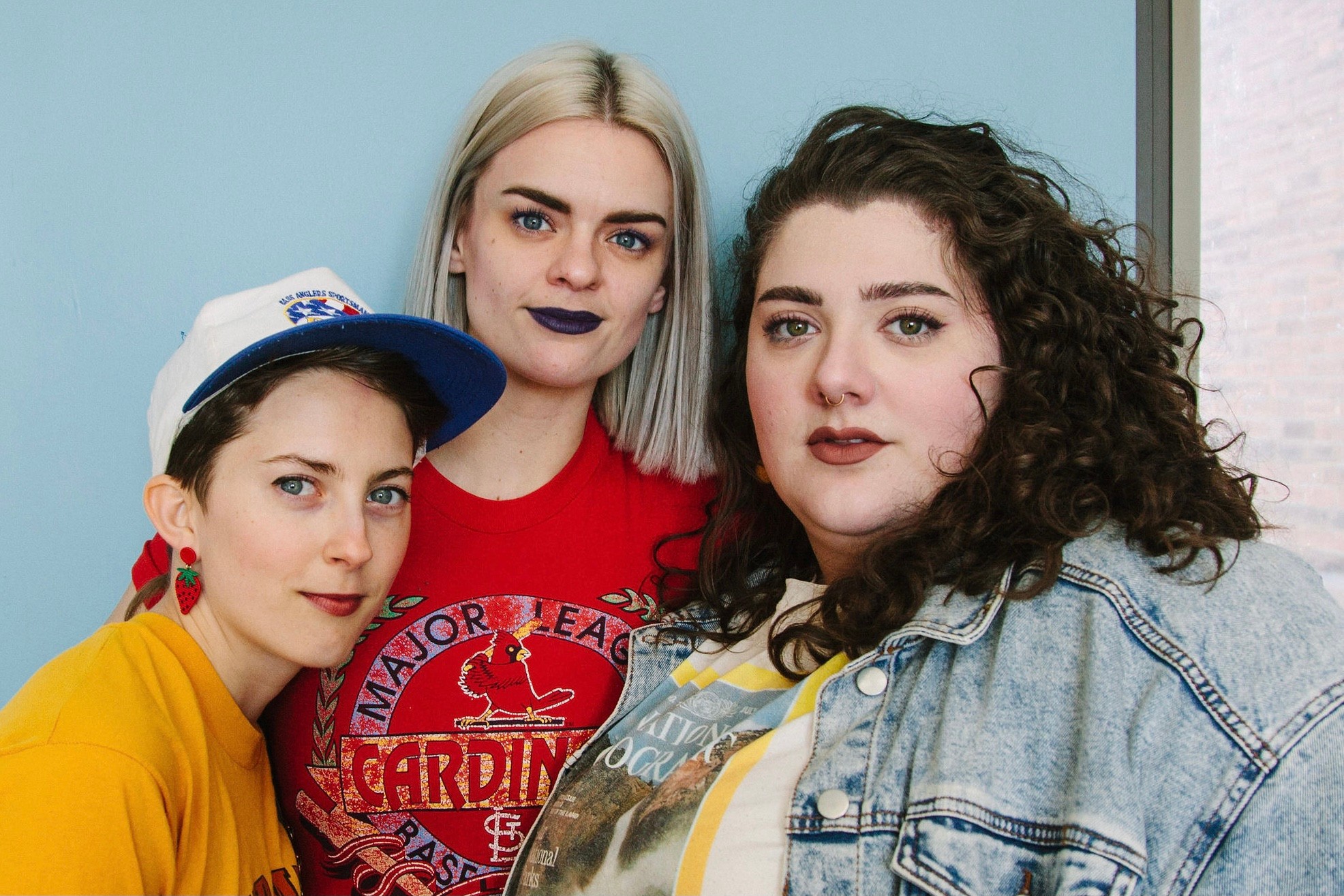 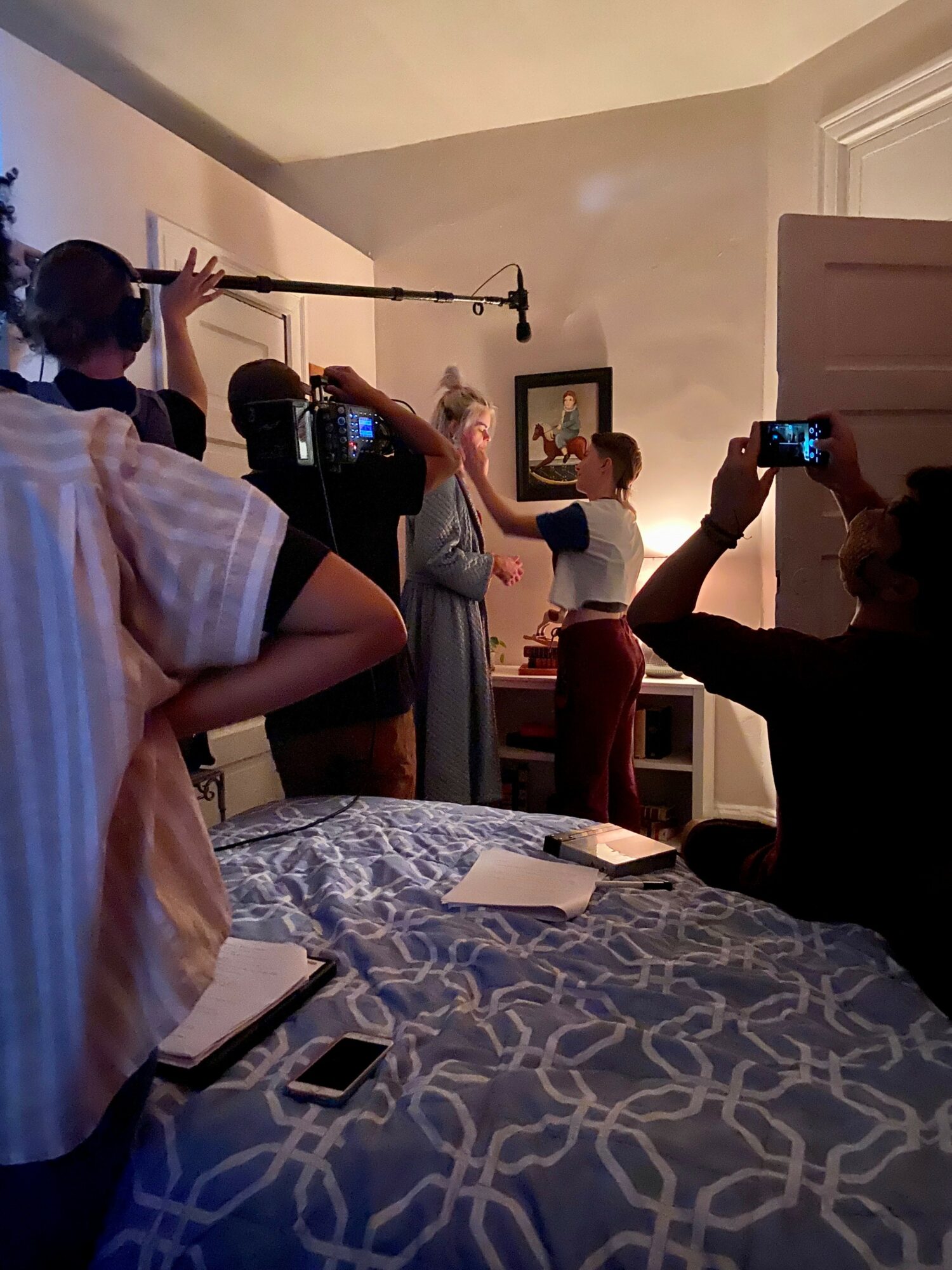