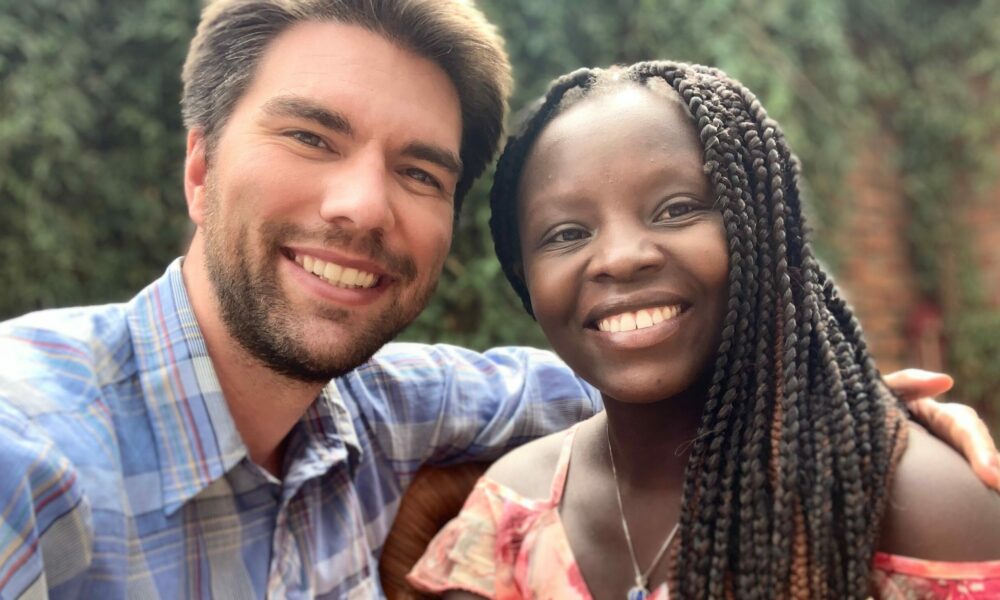 Today we’d like to introduce you to David Peterka.

Hi David, please kick things off for us with an introduction to yourself and your story.
My name is David Peterka and I am 34 years old. I recently celebrated 4 years of marriage to my wife Esther and 9 months ago we became parents to a little guy named Taji (crown in Swahili). I grew up attending church at the instruction of my stellar parents. Toward the end of my senior year of high school, however, my own faith started to come alive inside of me. It finally became my own and not just what my parents raised me to believe. I also started learning about major forms of injustice in our world. Things like genocide in Sudan, child soldiers in Uganda, and sexual abuse in Southeast Asia. I read cover to cover through scripture and discovered that God’s heart beats passionately for the orphaned, widowed, and downtrodden. I discovered that He calls those who believe in Him to do things like defend, rescue, and speak up for those who are exploited, abused, and marginalized.

So, I began a journey to find out what God created me for, what purpose He had in mind for my life. At the age of 21, I fasted or refrained from all solid food for 3 weeks straight and spent the whole last night alone in my basement praying. I believe this night in January of 2009 the Lord made it clear that He created me to be a part of seeing an end to sexual abuse through mentorship of men and trauma counseling for girls. There is a documentary called When the Saints on Amazon Prime if you’d like to learn the details I am leaving out.

All of a sudden, the country of Malawi kept coming up in my life and I started to realize in 2010 that Jesus was calling me to this place. My father, pastor, and I took a trip a year and a half after the fast and discovered there is no long-term trauma counseling safe home for girls who have been sexually abused in all of Malawi. We met a woman that founded the Malawi Human Rights Resource Center and when we told her we might be building a trauma counseling center her jaw dropped open. She said that for the last 14 years she has been praying for and trying to build something exactly like that. We started working together and were given 12 acres of land in the city that has the highest levels of sexual abuse in Malawi.

Since then, we have gone on to start the organization When the Saints and have been running the first and only long-term trauma counseling safe home for girls ages 3-16 who have been sexually abused in Malawi. 149 girls have graduated from our program and 36 girls are currently in the program. We partner with the Victim Support Unit of the police and all the girls get referred to us from them. We also gather in 5 villages every week with men to teach them what it looks like to honor God with their marriages and to treat girls in their villages with dignity and respect. It has been such an incredible journey and is such a privilege to be a part of.

Can you talk to us a bit about the challenges and lessons you’ve learned along the way? Looking back would you say it’s been easy or smooth in retrospect?
As I sometimes say, “Anything that is worthwhile is rarely easy.” Anyone who has fundraised for anything probably knows, it is not fun or easy. It regularly gives me a sick feeling in my stomach just thinking about it. I see in Proverbs that we are called to “Speak up on behalf of those who cannot speak for themselves” so I think about the suffering that these young girls go through and it puts my own small agony into perspective. The Lord has been incredibly faithful to provide for us every step of the way and ultimately, we give Him all the glory for where we are.

One specific challenge happened in 2016 when 6 men armed with 2 guns broke into our facility. They robbed us and ended up raping one of our staff members. It was a very difficult time for us. Being an organization in Malawi also has its own unique challenges of navigating creative ways to get things accomplished without paying bribes. Some people may want to hold things up for you if it means they are unable to benefit themselves.

Even among the challenges that we face we count everything a joy if it means that the name of Jesus is glorified as equality, dignity and value are promoted among girls and men here in Malawi.

Thanks for sharing that. So, maybe next you can tell us a bit more about your work?
When the Saints runs the first and only long-term trauma counseling safe home for girls ages 3-16 who have been sexually abused in Malawi. We also mentor men to help them walk in sexual integrity in order to see a sustainable reduction in the number of sexual abuse cases. This is probably what sets us apart from most of the other organizations that are doing similar work. A few years ago, we started seeing that if we only focus on helping girls come out of brothels then the same number of men will be wanting to abuse the same number of girls. Indirectly through the success of our work, we could actually be creating empty positions where traffickers would end up going into villages in order to bring more girls into the positions that were opened up. The Holy Spirit helped us to see that the only true sustainable way to see an end to the injustice of sexual abuse and human trafficking must be found in seeing the hearts of men be transformed by the Gospel of Jesus.

One other thing we do is that we love going into villages to show the Jesus film, preach and pray individually over people. Hundreds come out each time we do this and they feel such a strong loving support when we are there with them. Every culture in the world has two things, beautiful attributes that need to be exemplified and also detrimental characteristics that need to be eradicated. The incredible thing is that the kingdom of heaven has its own culture and when it comes to earth it both exemplifies that which is beautiful while eradicating the detrimental. We have the privilege of watching the culture of abused and exploitation dissipate while a culture of dignity and freedom unfolds before us here in Malawi.

We have 29 Malawian staff members. I am the only American staff member of When the Saints and I have to say that being a part of this When the Saints family is something I am very proud of. We have amazing Bible studies every Monday morning and our staff meetings on Fridays are so enjoyable. These people really work hard and care about seeing both young girls and men find healing in the name of Jesus.

Can you share something surprising about yourself?
For the most part, I am quite open so it is a little hard to think of something that most people close to me wouldn’t know. Okay, I think I got something. It is not that I have kept this a secret, in fact, something I openly speak about this, but the first time I ever had sex was on my wedding night at the age of 30. During my senior year in high school, I was dating a girl and the relationship ended. I made a choice not to date anyone until I felt I was mature enough to treat a woman the way she deserved to be treated. This bout of celibacy lasted for 10 years before I met the woman who is now my wife. 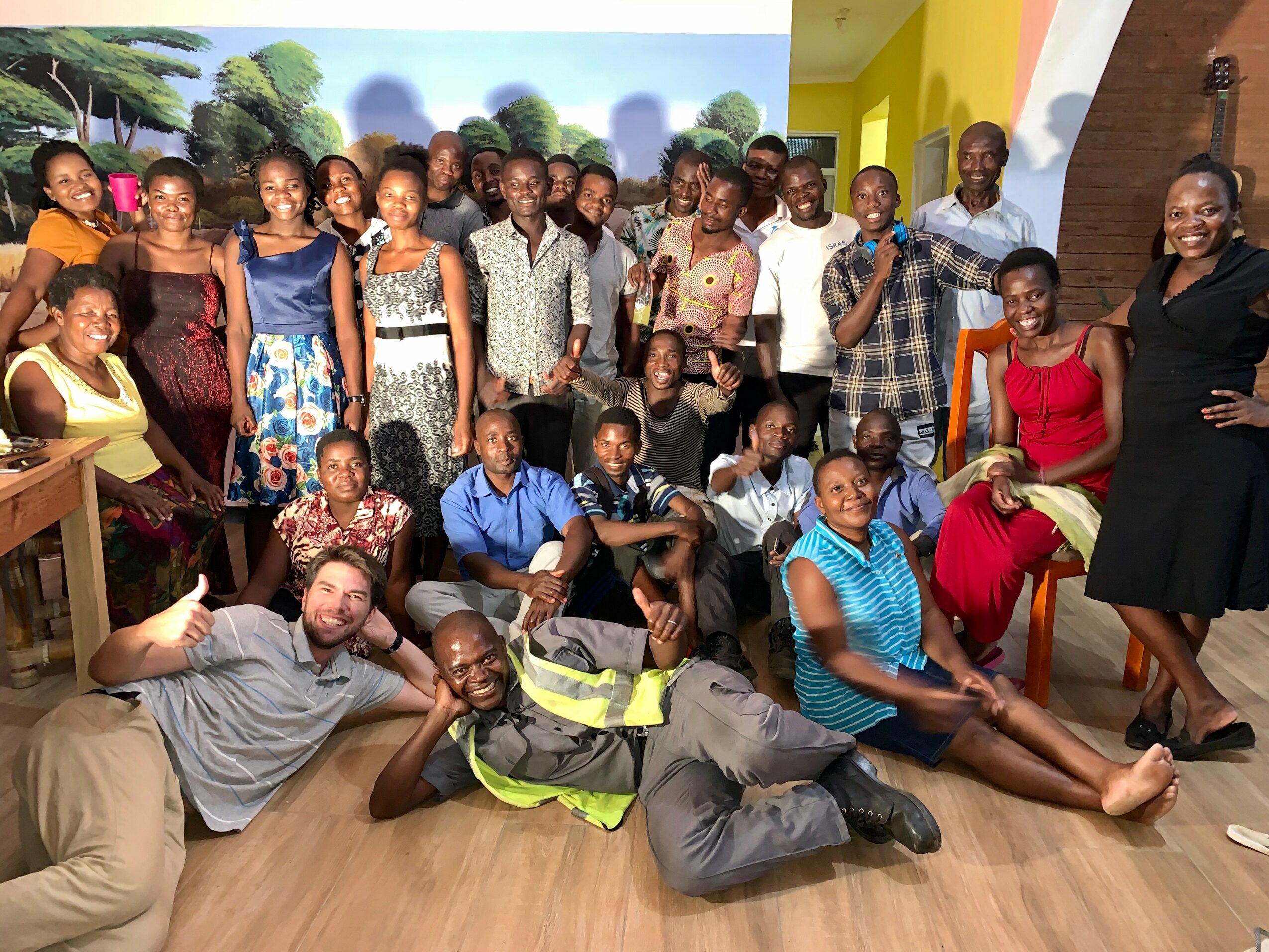 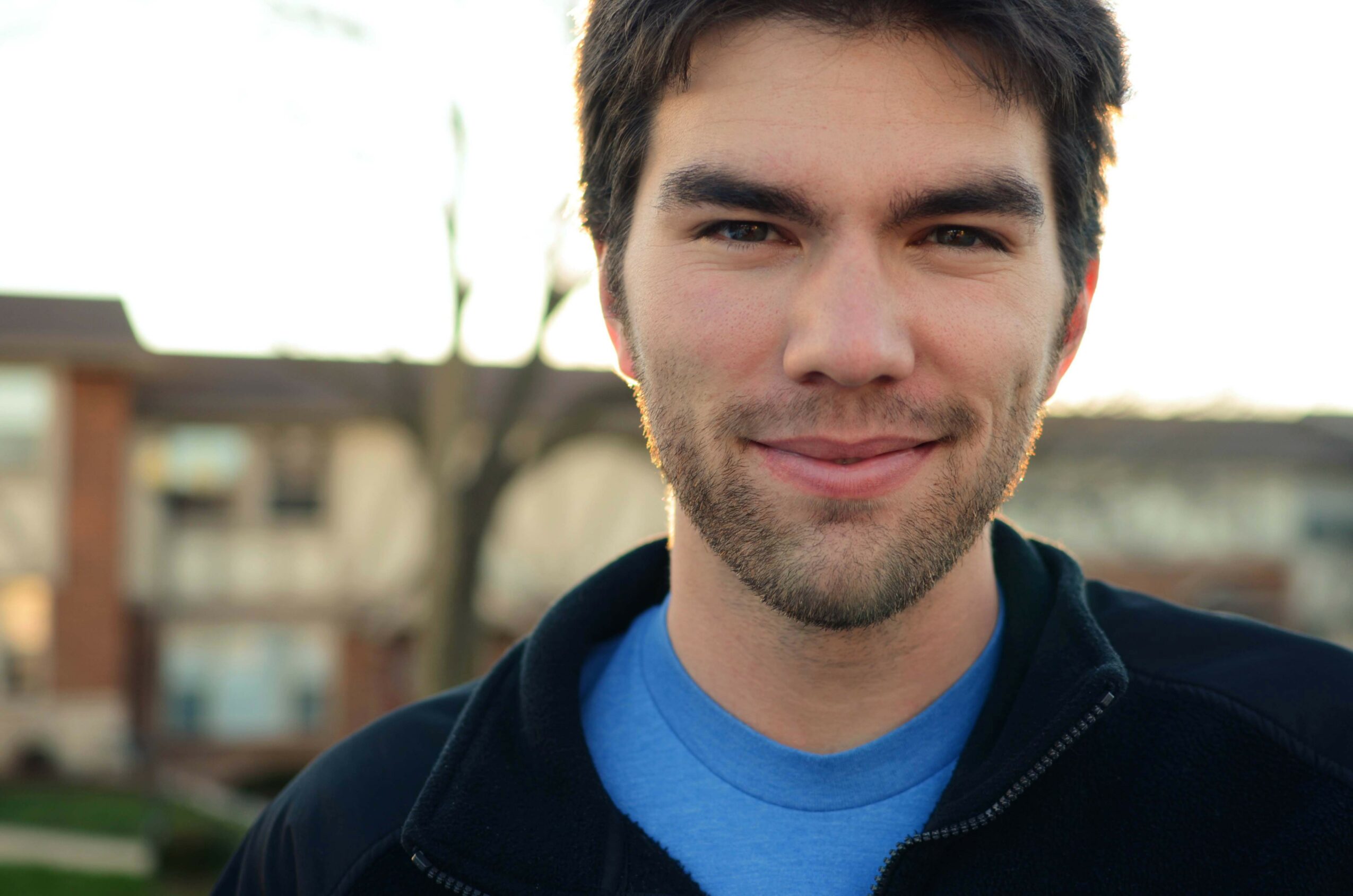 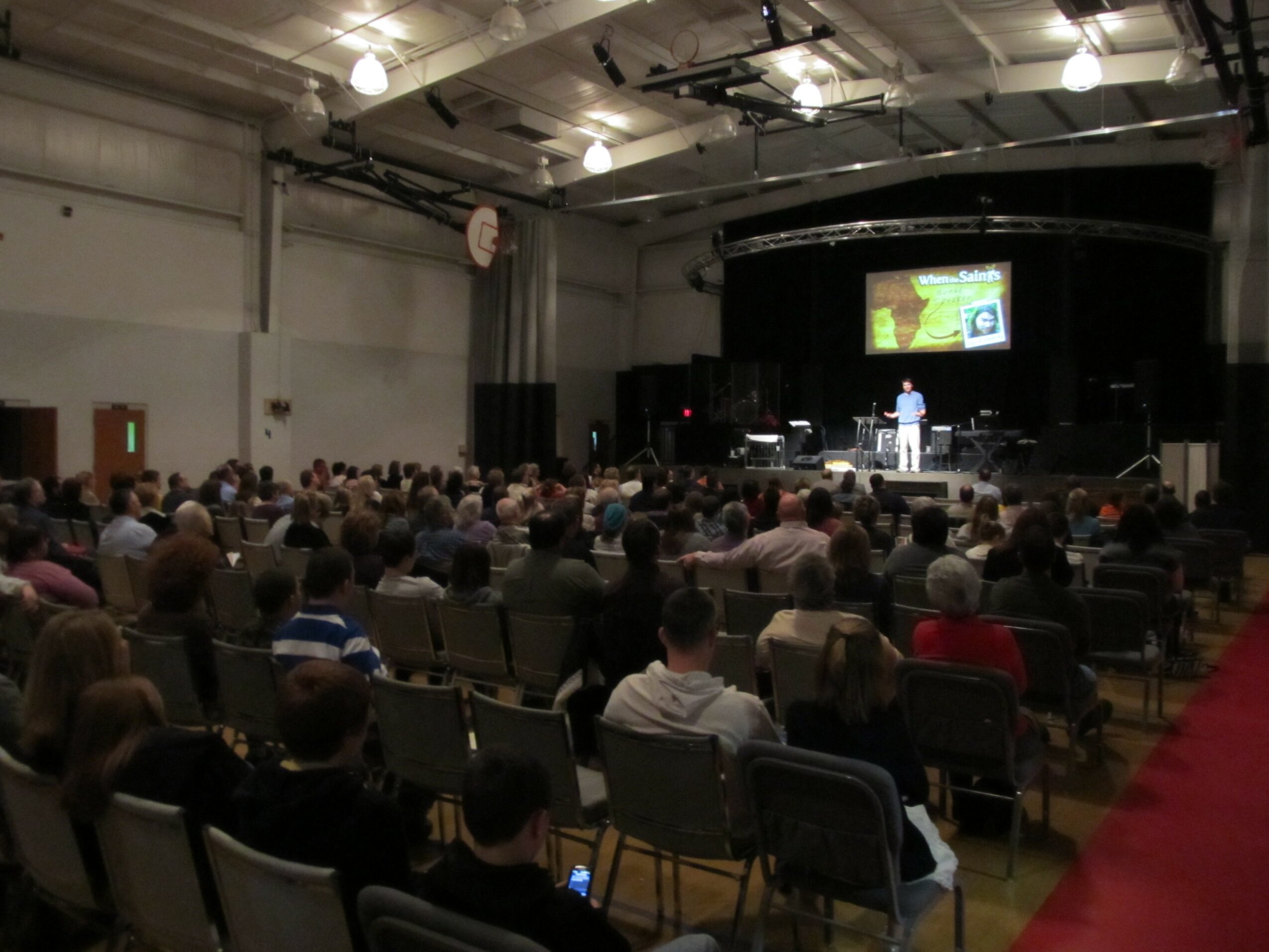 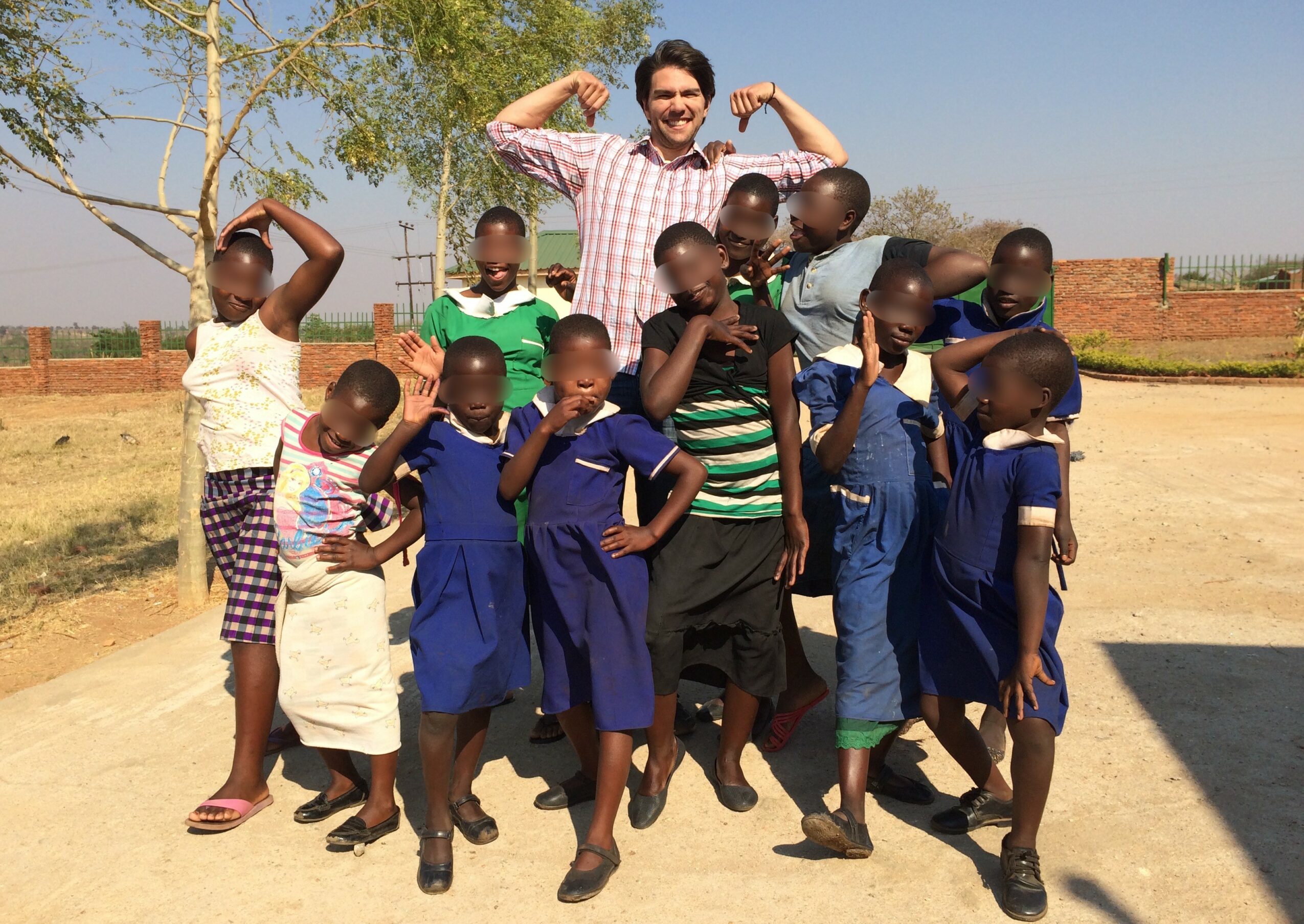 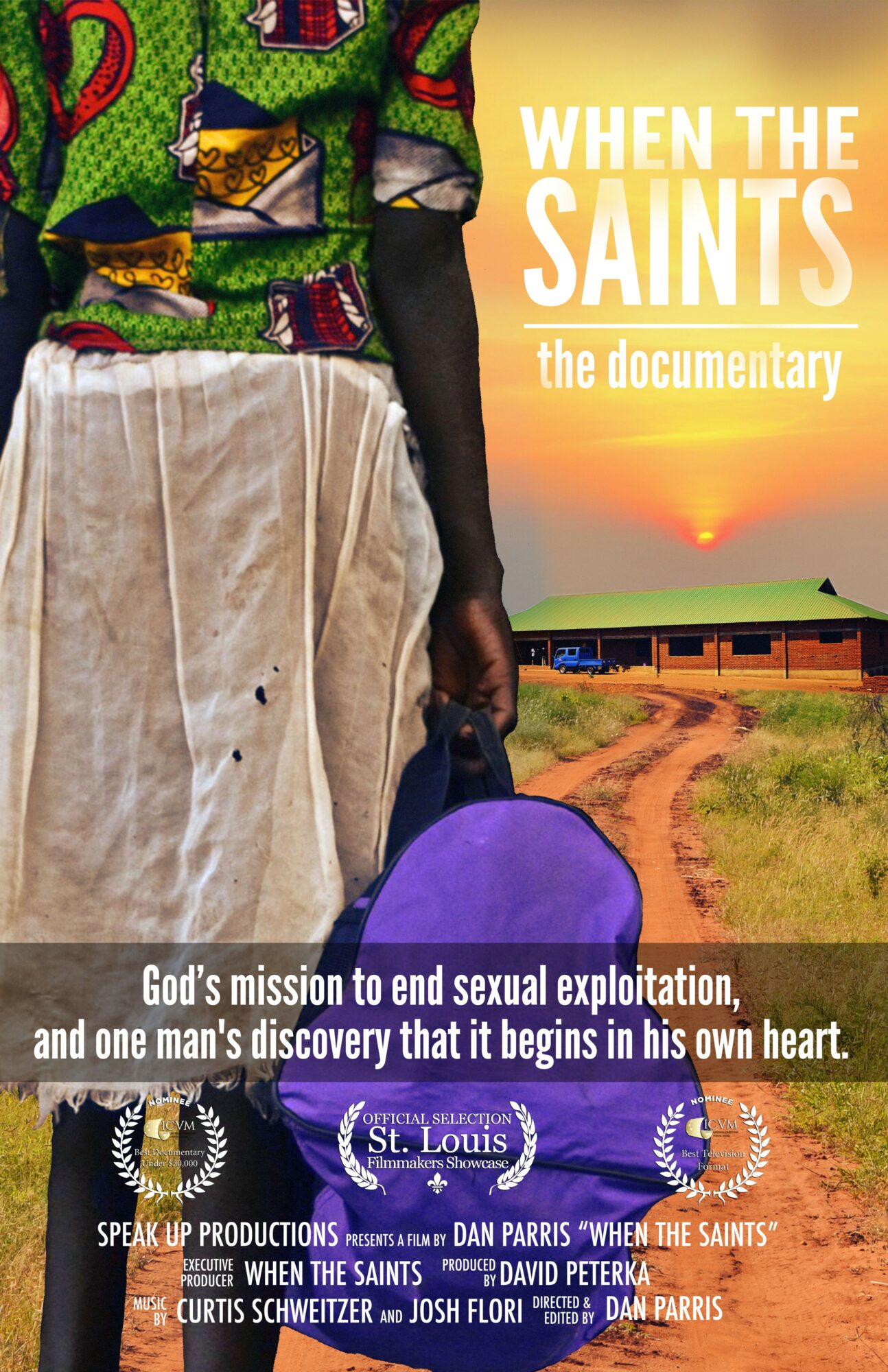 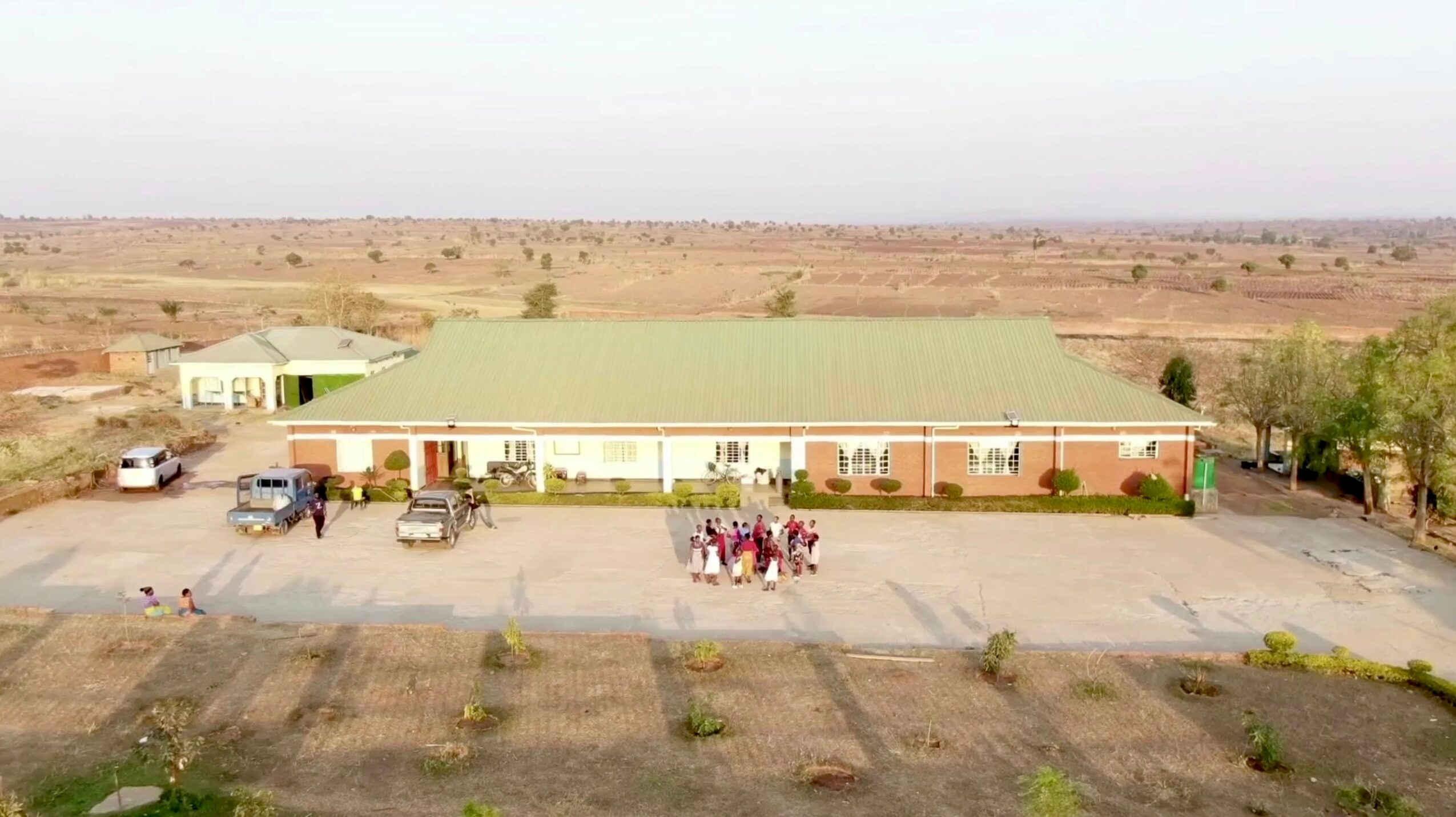