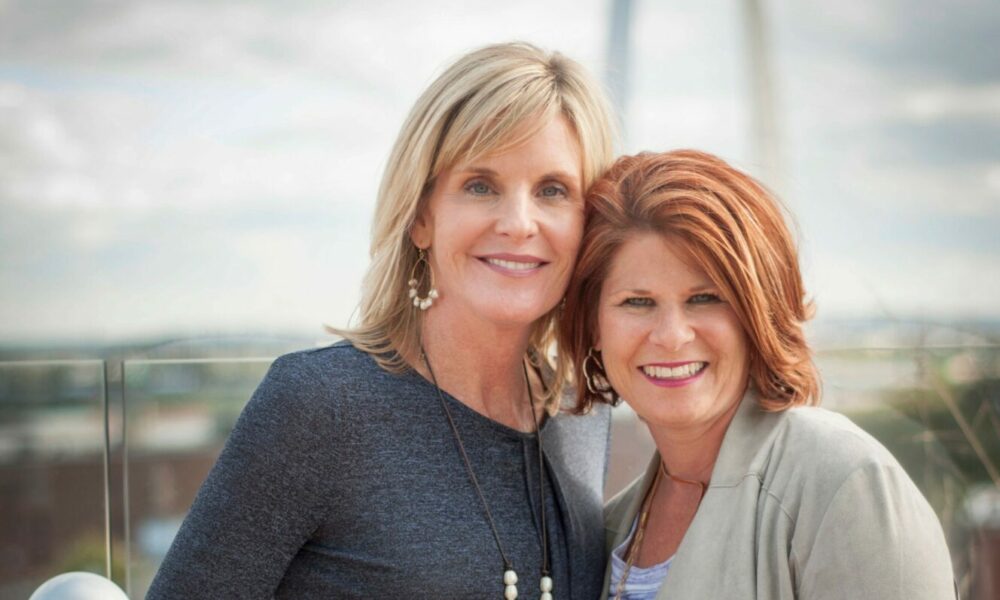 Today we’d like to introduce you to June Herman and Julie Dubray.

Alright, so thank you so much for sharing your story and insight with our readers. To kick things off, can you tell us a bit about how you got started?
As our children were starting to leave for out-of-town colleges, we realized that they might not return to STL as adults. Our families have very fond memories of the region, and we wanted our kids to take a little piece of STL with them as they ventured out into the world. At the same time, we started to think about going back into the work world, but we needed flexible work hours. After much consideration, we realized that the city had a lot to offer and that a whimsical book about STL that would appeal to all ages was the perfect solution. We could promote the region that we love and have an interesting and fulfilling job in the process. Goodnight ST. Louis, and our company, Skip to My Lou, LLC, was born from our love of the region and our desire to share it with those familiar with the city as well as those who had little to no knowledge of STL. We wanted those unfamiliar with the region to know that STL is more than just the Arch. After a year of research and development, we self-published Goodnight ST. Louis in 2013. As our first foray into the writing and publishing world, we were obviously terrified. Would we be able to publish a hardcover book that people would buy? Would people find the subject interesting? Would the artwork appeal to our audience? Would the biographical section appeal to young readers? The answers to all those questions were a resounding YES! The book was a huge hit and we sold out of our first printing of 4,600 copies in 45 days. Turns out St. Louisans far and wide loved the book as much as we did. People bought it 5 and 10 copies at a time. St. Louisans were sending the book to all 50 states and all around the world.

Fast-forward to today…, Goodnight St. Louis has been reprinted seven times, A Goodnight St. Louis Coloring Book was released in 2016, and in 2021, an updated version of the original, Goodnight 2 St. Louis, came to market. Other GNSTL offerings include book-themed notes and postcards, beverage koozies, ornaments, coasters, art prints, stickers, & ceramic products. All Skip to My Lou Titles have appeared on the Post-Dispatch Best Sellers Listing, Children/Young Adults category since the original book hit the market.

Would you say it’s been a smooth road, and if not, what are some of the biggest challenges you’ve faced along the way?
Probably our biggest obstacle was self-publishing and sales. We had never written a book before, much less a self-published one. We were unfamiliar with how self-publishing houses worked, their online editing processes, timelines, galley prints, and shipping criteria.

Additionally, self-published titles by local authors were generally perceived by book stores as lacking. As a rule, self-published books were stapled as opposed to bound, poorly written, with amateurish artwork.

Retailers were unwilling to commit to purchasing the book until they saw it firsthand.

Since our original book hit the market in 2013, there is much more competition. We believe that Goodnight St. Louis and its resulting success fueled a competitive market in terms of local authors’ offerings and their sales and marketing efforts. Our book was selling out all over town, and in less traditional retailers like butcher shops, florists, designer showrooms, and hospital gift shops.

Thanks for sharing that. So, maybe next you can tell us a bit more about your work?
We think what sets us apart is that we came from different work backgrounds. As a long-time STL resident with an education and travel industry background, Julie was able to consider how the book would appeal to young readers as well as adults interested in learning more about the region.

With a PR and communications background, June was able to address the marketing efforts. As a transplant to the region, she was able to assess what a visitor might find interesting and appealing about the region.

The crisis has affected us all in different ways. How has it affected you and any important lessons or epiphanies you can share with us?
We learned how much we rely on and appreciate our retail partners. When they shut down, we effectively shut down.

Our new book, Goodnight 2 St. Louis, was in the works during 2020, scheduled to be released in the early Fall of 2020… Working with our design and printing teams certainly became more challenging as well. They are in Canada and were working from home, which certainly slowed down the process and the continuity. 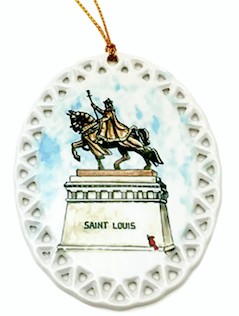 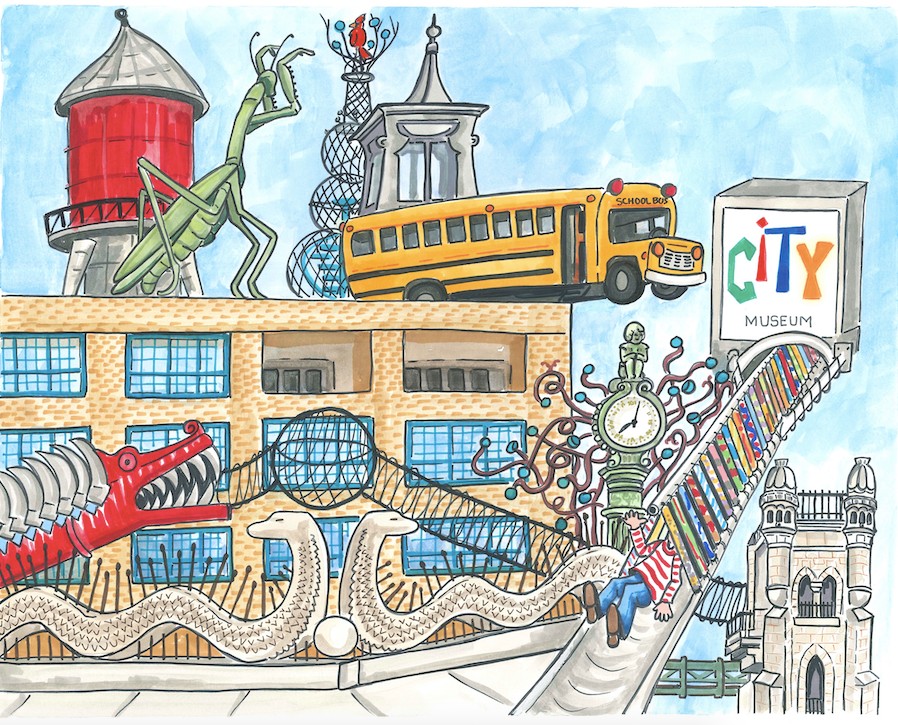 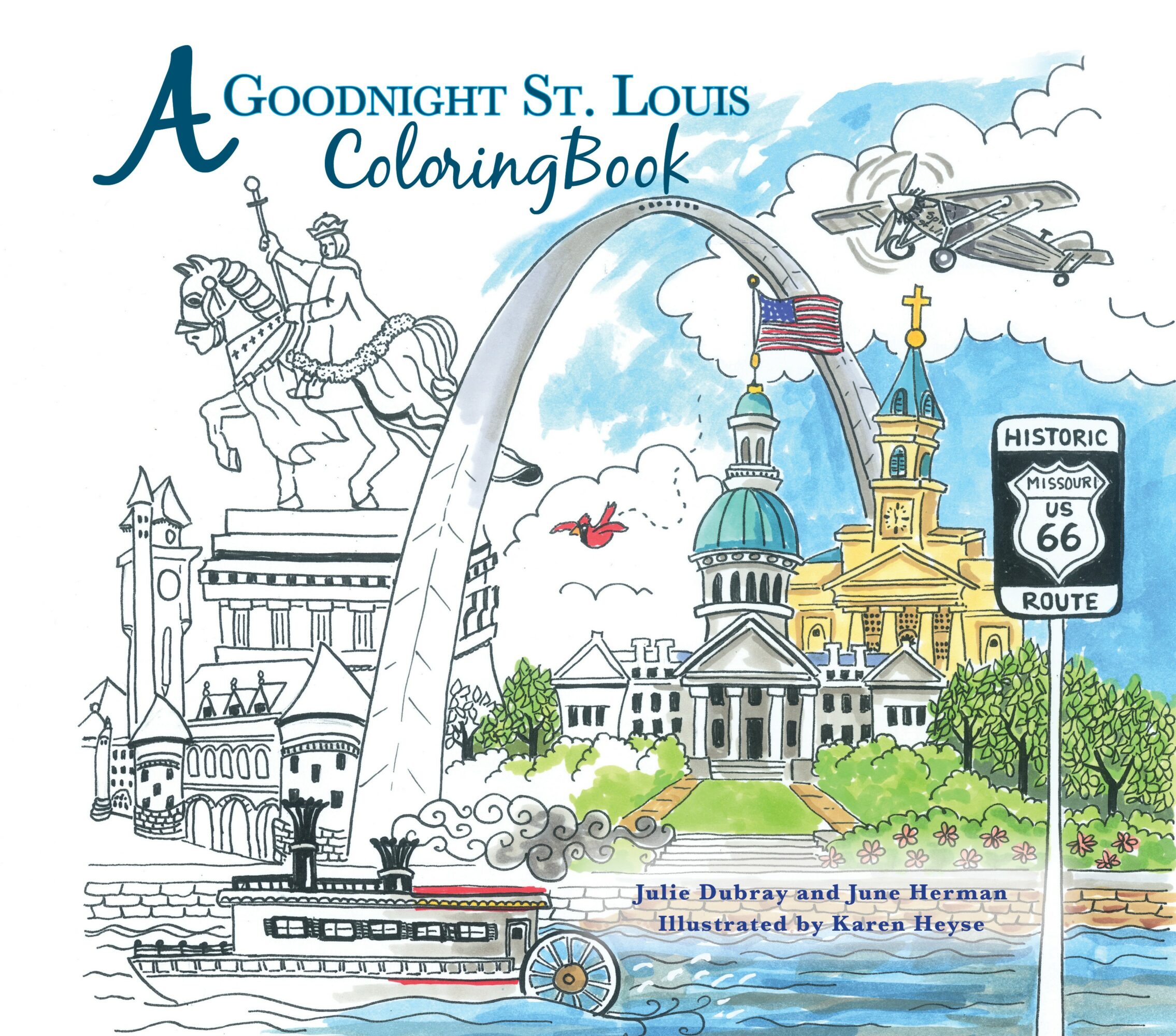 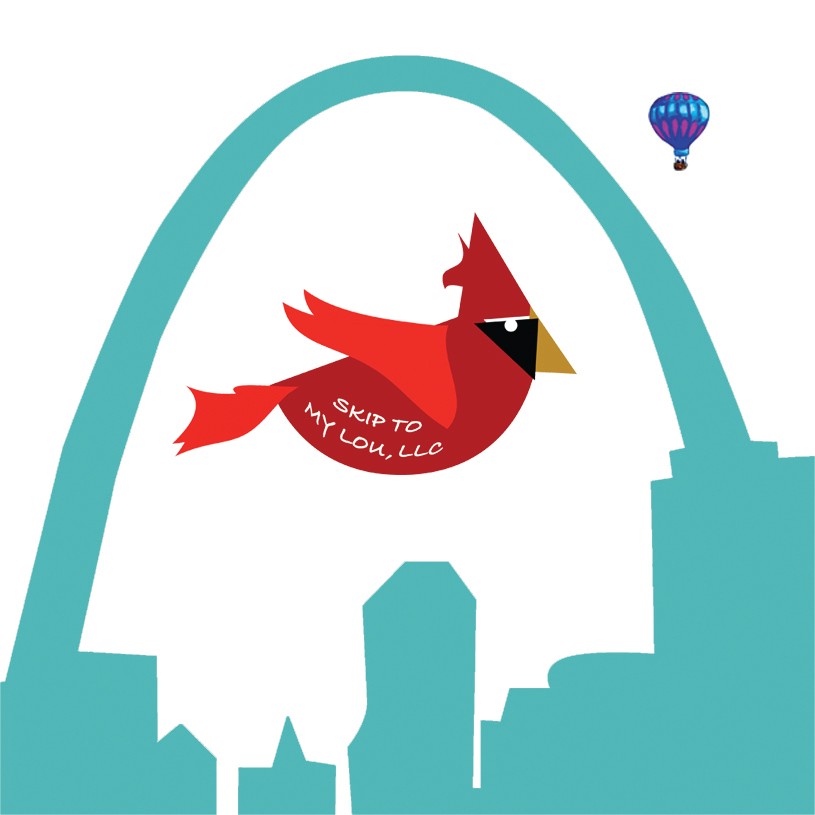 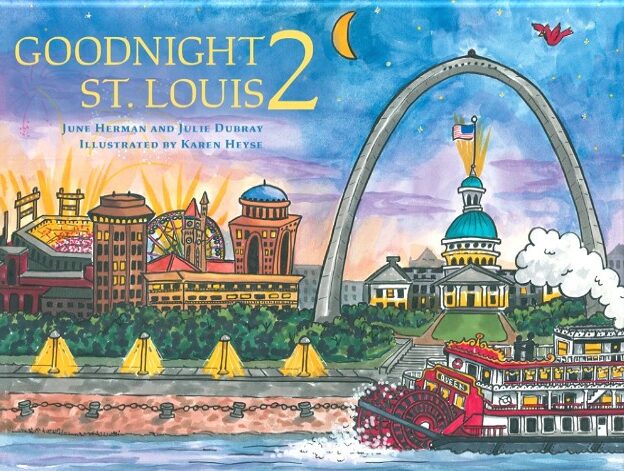 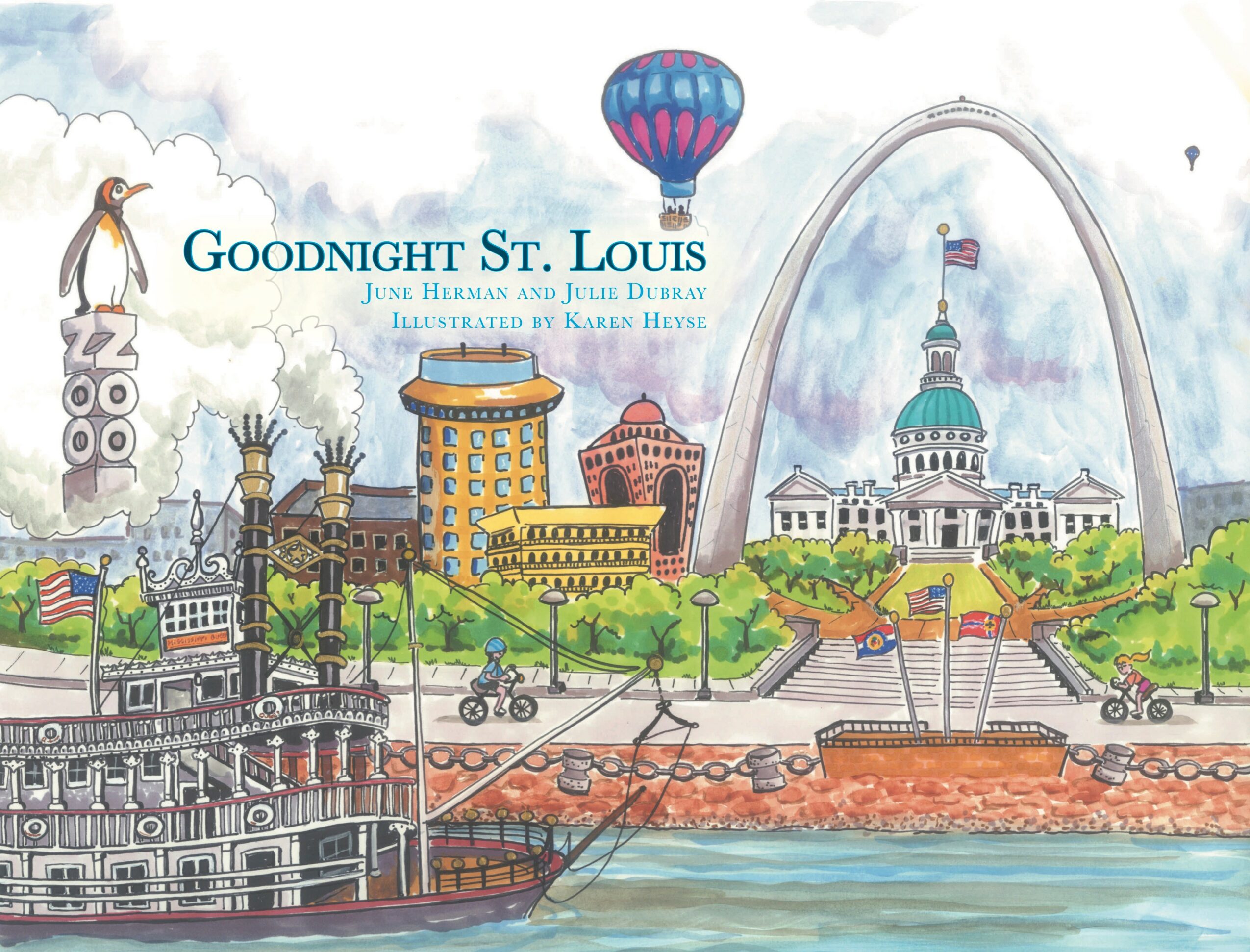 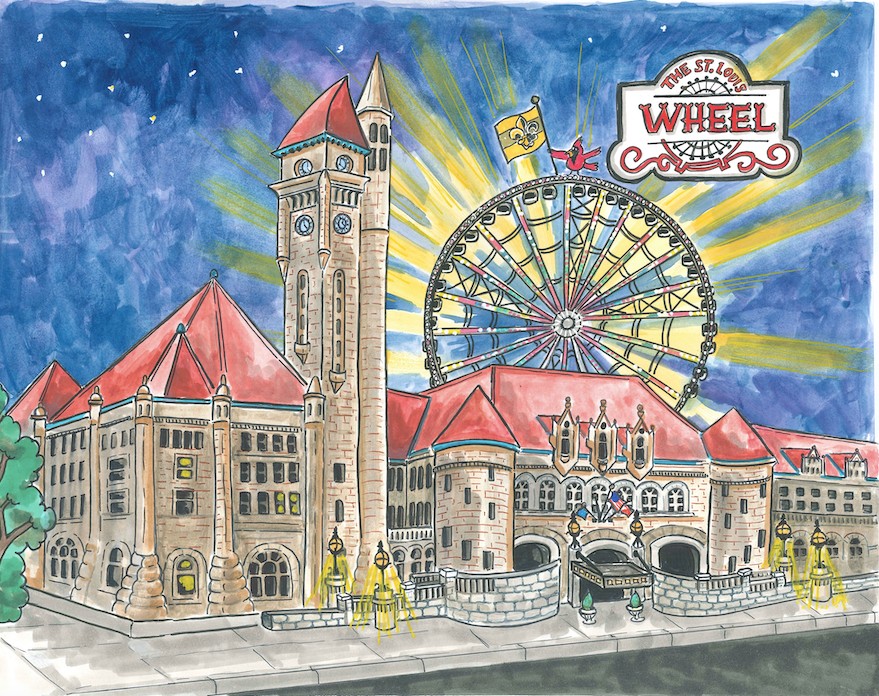