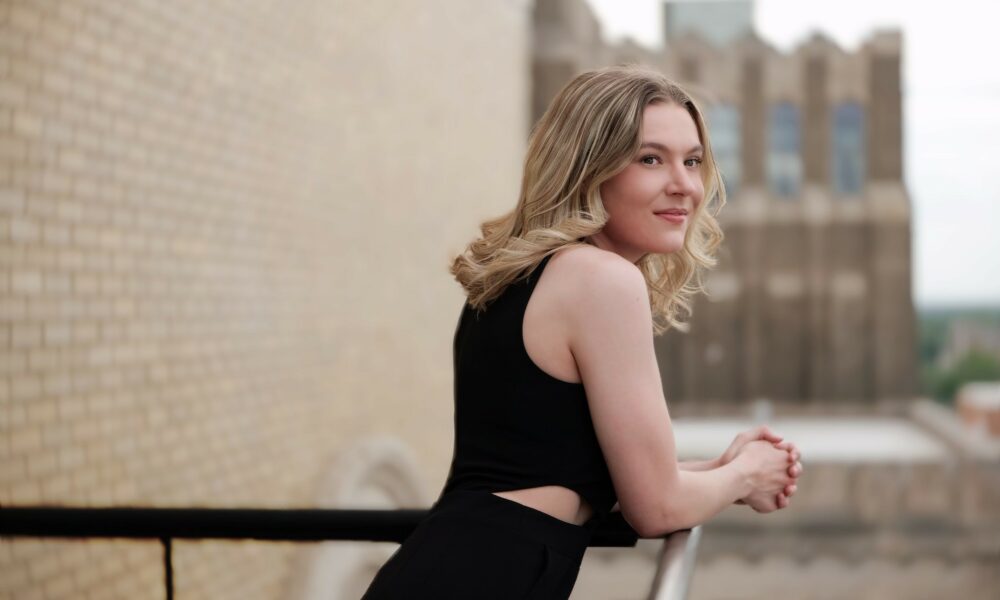 Today we’d like to introduce you to Kiera Lynn.

Hi Kiera, it’s an honor to have you on the platform. Thanks for taking the time to share your story with us – to start maybe you can share some of your backstory with our readers?
I caught the theatre bug very early on. My parents practically raised my older sister and I on all of the classic movie musicals. Singin’ In The Rain and White Christmas were family staples. My personal favorite has always been Irving Berlin’s There’s No Business Like Show Business. The 1954 20th Century Fox Production follows the lives of Terry and Molly Donahue, a husband-and-wife vaudeville team, as they try to create a stable family life for their three children while pursuing professional success. It has everything you could want from a movie musical; elaborate sets, catchy tunes, and a star-studded cast. However, at its core is a story about family and coming into one’s own. That’s what I love most about it. I don’t remember how old I was the first time I watched it, but I certainly remember feeling so struck by the unique and magical, albeit imperfect, life they created together. In the fifth grade, I performed in my first play and I’ve been chasing after that life ever since. Once college came into the picture, there wasn’t anything else that I wanted to do. When pursuing a performance degree, you usually have to apply for the university itself as well as audition for the individual programs that interest you.

Honestly, I didn’t have a very fruitful college audition experience. I was passionate about Musical Theatre but was primarily waitlisted or accepted into acting programs instead. As a result, I had a lot of doubts about whether or not the life I had been dreaming about was attainable. Looking back, there’s so many things that I would tell young Kiera to do differently, but I know that blaming myself for doing my best with the knowledge I had at the time is unreasonable. Ultimately, I decided that I wouldn’t be getting the education I needed without the music and dance curriculums. Fortunately for me, the Western Illinois University Department of Theatre and Dance welcomed me into their Musical Theatre track with open arms. I wouldn’t trade the four years that followed for anything. It was actually a connection I had made at WIU that led me to the St. Louis area. During my senior year, a friend and dear mentor of mine was working as a director at Six Flags St. Louis and he convinced me to audition for a show he had written for Miss Kitty’s Saloon. I booked it, packed my things, and headed to the city only a few hours after graduation.

Would you say it’s been a smooth road, and if not what are some of the biggest challenges you’ve faced along the way?
Well, I graduated from Western in 2019, so I hadn’t really even experienced an entire year in the industry before everything shut down. On top of that, I was just finally starting to kind of hit my stride. Before the pandemic, I was working two part-time jobs and had three acting gigs lined up for the coming months. Within a few weeks, I lost all five of my jobs. All five! It was the most uncertain and afraid I’ve ever been. Nobody goes into the arts thinking that they are choosing a stable career path. We choose it because we love it. I still love what I do, but I feel like the past year has caused my relationship with what I do to change. When I was younger, I had many other interests but once theatre became my focus, it started to evolve into a much bigger piece of my identity. In some ways, having to step away from it forced me to confront the idea that maybe I didn’t really know who I was outside of theatre anymore.

As much as I didn’t want to admit it, I also realized that my perception of my self-worth was way too dependent on how I faired as a professional theatre artist, and my mental health was suffering because of it. Recently, I’ve started thinking about other avenues I could explore for not just survival but also enjoyment. When I tell people that, sometimes I think they worry that I’m giving up. Let me assure you… I still intend on performing, I just want my relationship with it to be healthier. Theatre can’t be the only thing that makes me feel good about myself. There are other facets to Kiera Lynn that make me equally as worthwhile and interesting, even if theatre is one of the most important ones to me. Just like the three Donahue children in There’s No Business Like Show Business, I’m relearning who I am outside of the job. It has been and still is, a process.

Appreciate you sharing that. What else should we know about what you do?
At WIU, our training was focused on three major skill sets; acting, singing and dancing. In my acting classes, I particularly enjoyed learning methods developed by Konstantin Stanislavski and Sanford Meisner. Musical Theatre was certainly my first love, but my college experience taught me that I also find working on Plays incredibly fulfilling. I gravitate much more towards stories over spectacle these days and particularly have a soft spot for intimate shows with small cast sizes. Stories that have the potential to make a difference or challenge the way we think always excite me, as do historical or biographical pieces. Towards the tail end of my college career, I discovered an interest in Shakespeare, Improv, and on-camera work, and hope to do more of each in the future. I’m grateful that WIU gave me the opportunity to throw myself into whatever piqued my interest. It certainly cultivated my desire to learn and contributed to my versatility as an actor and artist. From dramas to comedies to theatre for young audiences, I’m really proud of the resume I’ve developed. Another accomplishment I’m most proud of is the completion of my one woman show, All Things In Time. What started as a project to fulfill my senior honors thesis requirement became a really personal piece of my theatrical journey. It tells the story of how theatre helped me characterize myself and it continues to grow as I do. Getting to write something meaningful to me that resonated with my peers was really special and unlocked a new kind of creativity in me that I found deeply moving.

Any big plans?
I have begun rehearsals for a production of Saturday Night Fever at Circa 21, a dinner theater located in Rock Island, IL, just about four hours north of Saint Louis. As I’m sure you can imagine, I am immensely grateful for the opportunity to return to the stage. I don’t quite have the words for it yet, but if you choose to follow me on social media I’m sure my emotional ramblings will appear there soon. I’m truly overwhelmed in so many different ways. If you find yourself in the Quad Cities area this summer, we’ll be running from July 16th to September 11th with performances every Wednesday through Sunday. We’d love to see you at the theater with your boogie shoes in tow! The more distant future remains a mystery to me, which is both exciting and daunting. There’s a lot I want to do. Being the youngin’ that I am, I know I have plenty of time to figure it all out. I dream of one day opening a theater/event space of my own. Gathering creatives I admire to provide rewarding opportunities to artists of all walks of life feels like the ultimate way to give back. Additionally, some of my favorite summers included working for children’s theatre companies, and I’d be thrilled to get incorporated into that world again. Kids have the remarkable ability to make me a better human, and I only hope to inspire them in similar ways. When I have spare time, you can find me dabbling with songwriting at my piano. Who knows, maybe there’ll be an album in my future? No matter what happens or where I end up, there are a few things I’m certain of. There will be art, collaboration, and wonder in my life. They may come in unexpected or new ways, but they will continue to light me up. I don’t intend on giving them up anytime soon. 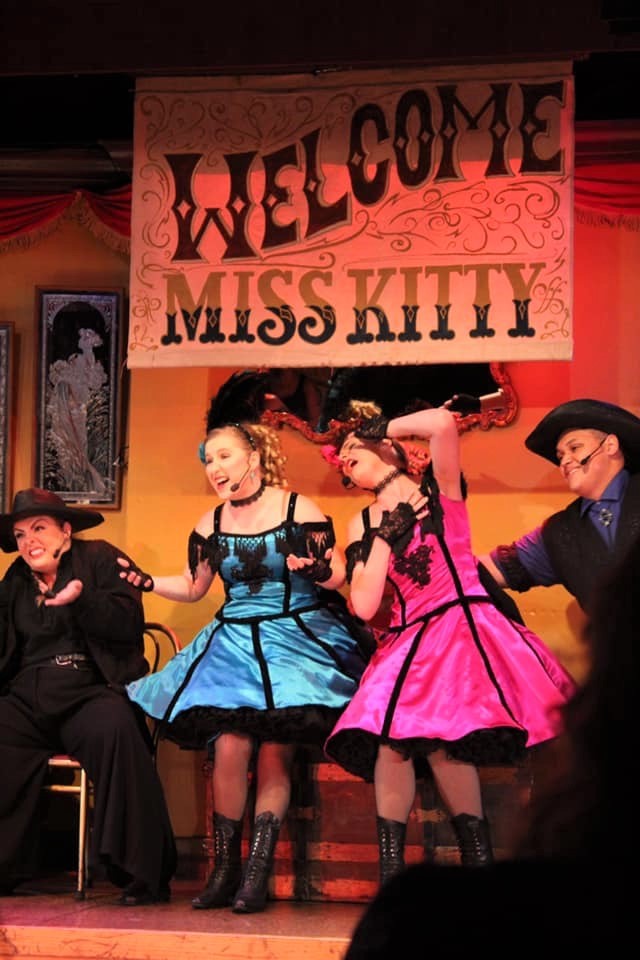 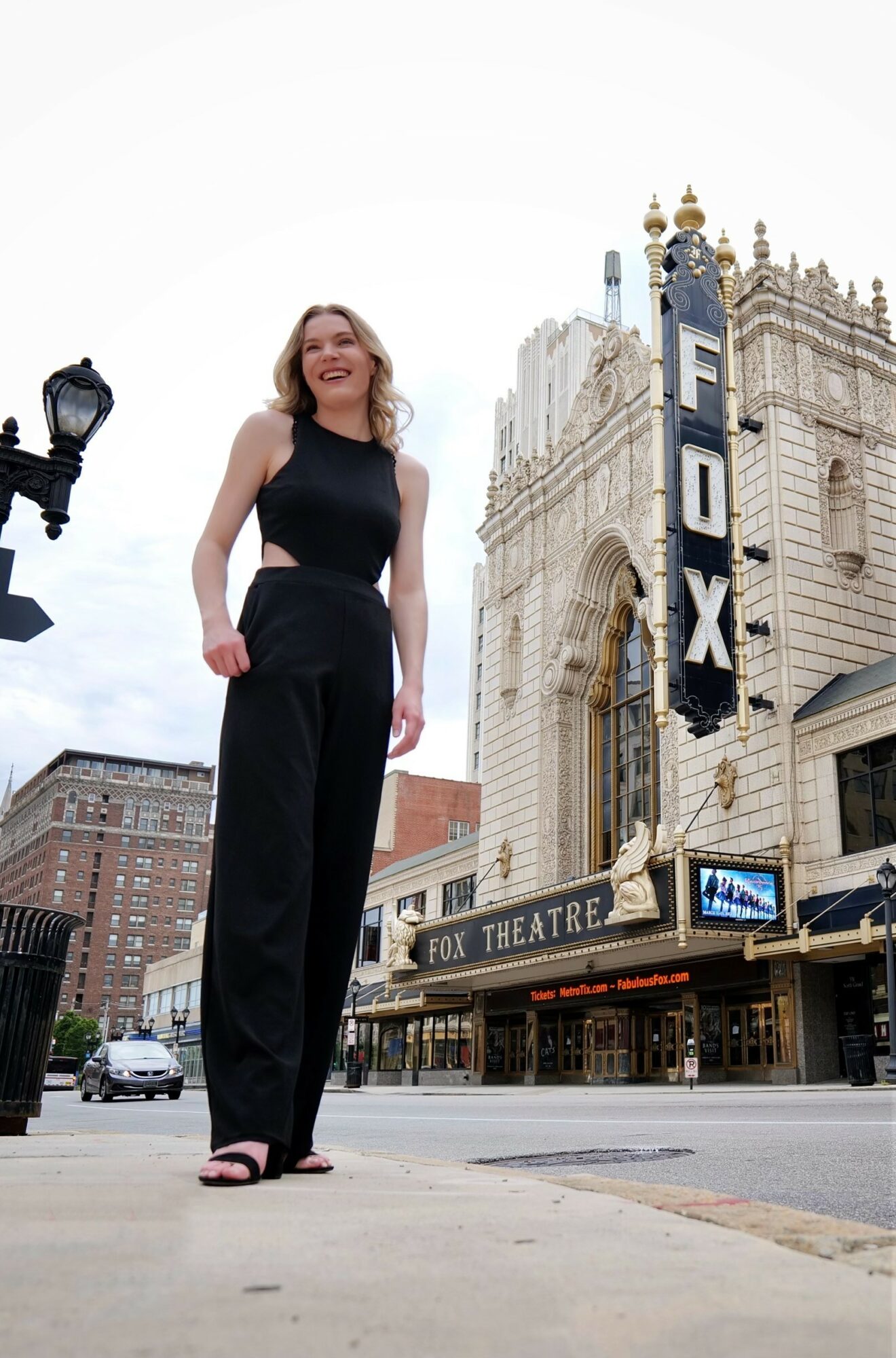 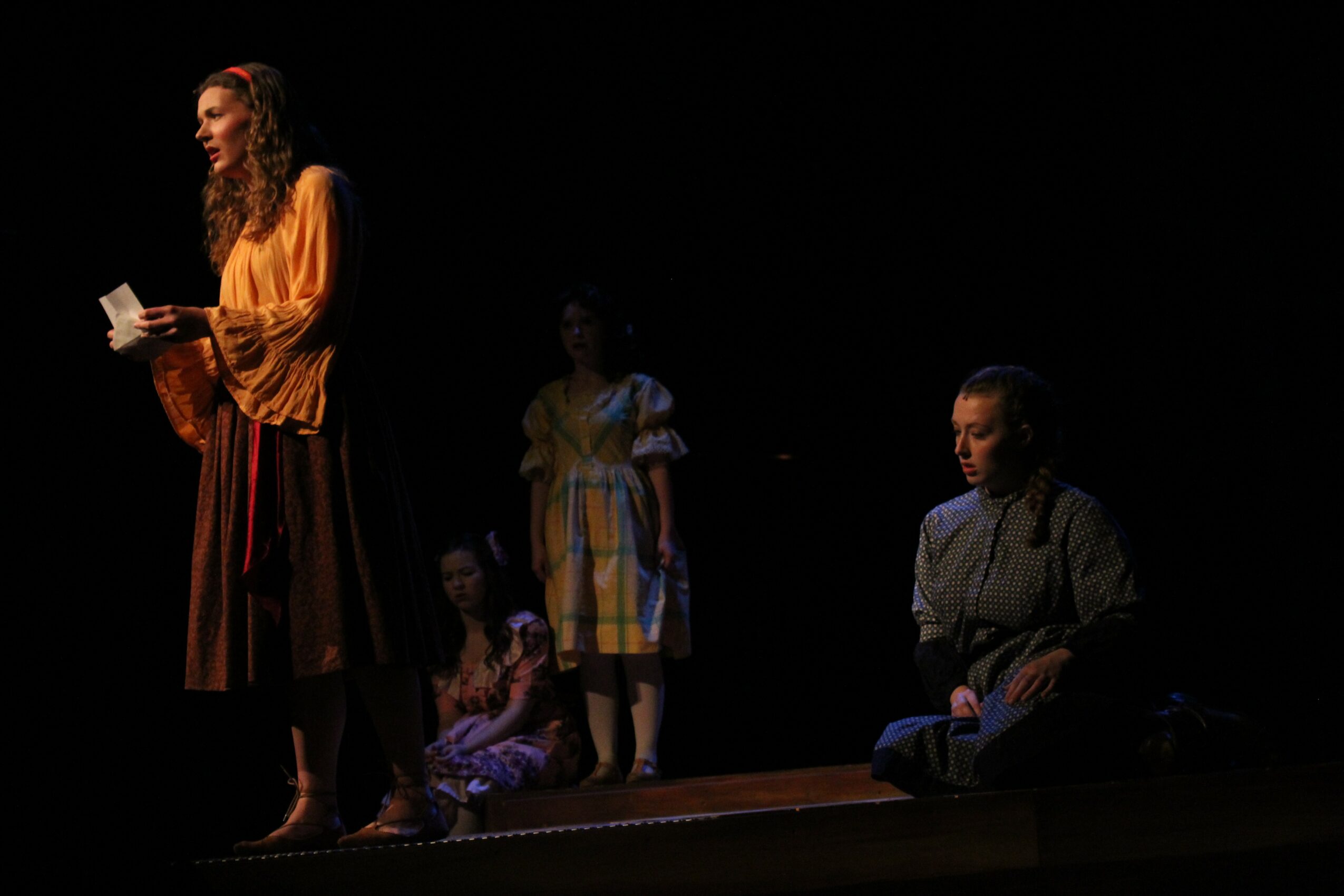 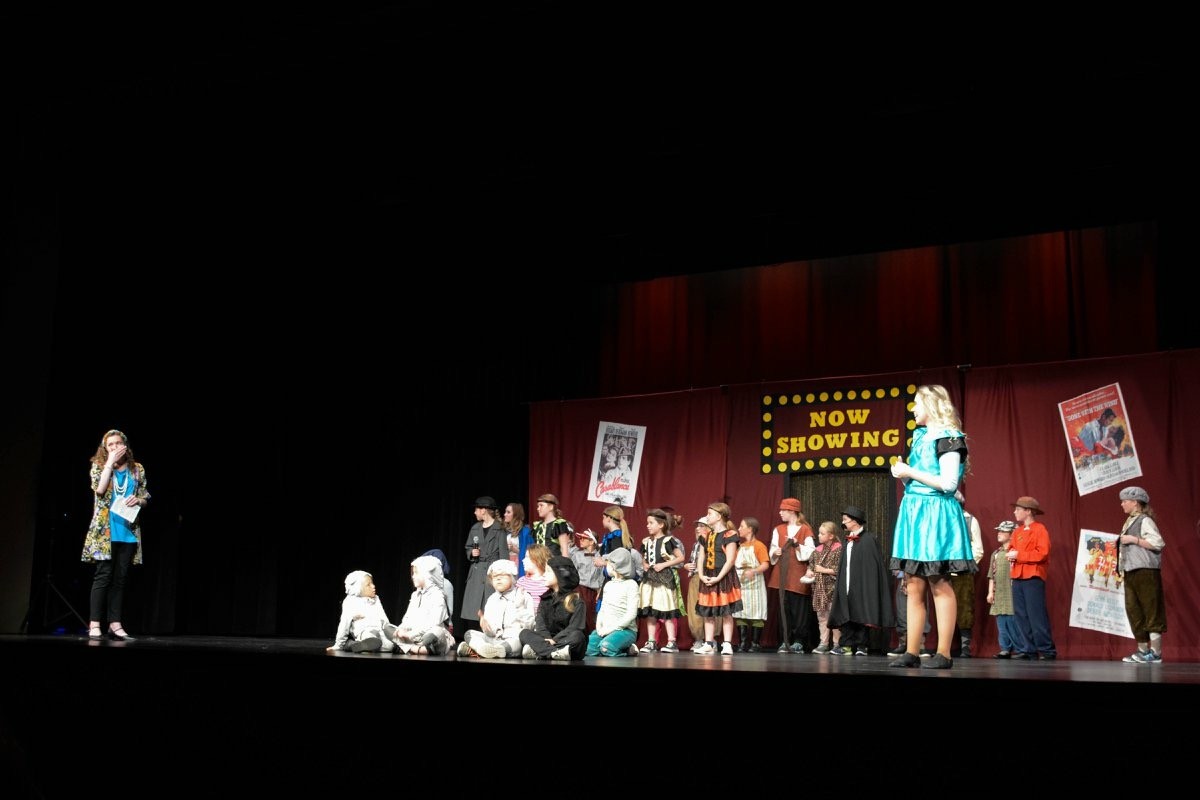