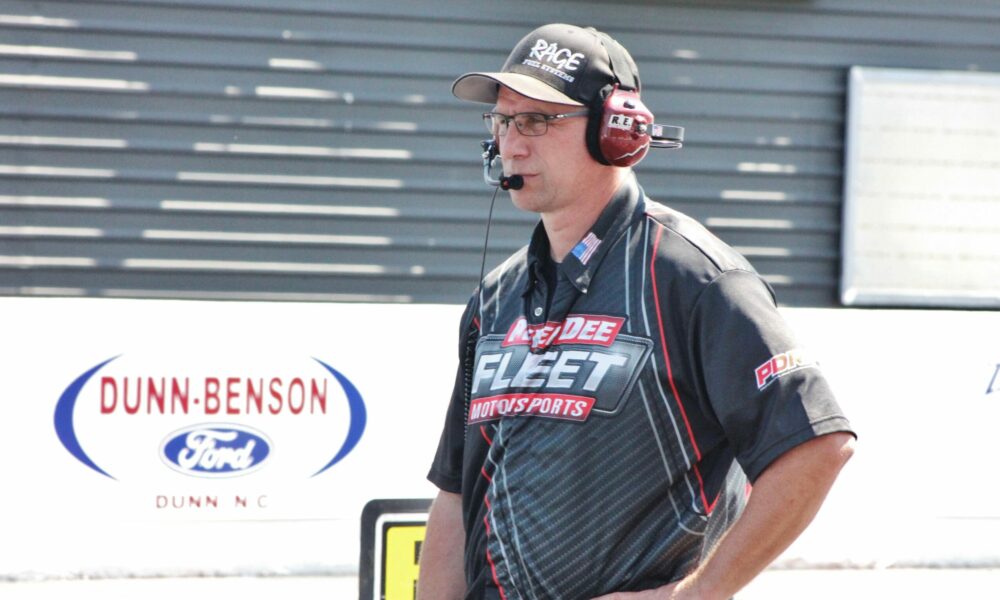 Today we’d like to introduce you to Andy McCoy.

Hi Andy, we appreciate you taking the time to share your story with us today. Where does your story begin?
I started at a young age (Probably 7 yrs old) helping my dad build street cars in our garage at home. At about the age of 15, I started Racing Go Karts Professionally. We did that for about 2 yrs. Also, at age 15, I got my first car, a 70 Chevelle with a big block 454; that is what I drove in my high school years. After we stopped racing go-karts, we turned my high school car into a fast High School car and raced it on the weekends. It was a struggle initially, as everyone looked at me as a “grease monkey.” They all thought it was a mindless thing to do. My high school teachers always told my parents I would never amount to anything. Well, I had no skills other than bolting parts onto a car and making it fast. It was then that I realized this is what I want to do for the rest of my life.

At the age of 19, I had pushed my Chevelle to its limits of what Chevrolet had originally intended it to do. So that is when I saw a ProModified Drag race Car for my first time and thought, I have to have one of those. It was Blown and Injected. It was loud and fast. So I started building a 64 Chevy II Nova. Again really had no fabrication skills, so the self-teaching began. It took me several years to build this car. It had a Blown Small Block in it with a Lenco 4 speed. It turned out to be an Outlaw ProMod car that raced at only local events or small race tracks. We had some fun with that car and ran 4:30’s in the eighth mile at 180 MPH. It was also the car. I met my wife at a car show she was hosting. We were unloading the car and towing it in with a golf cart when she asked me what I was doing, and I told her I was towing my car for the day. She told me all cars had to be driven in. I told her what kind of car this was, and it was only to be raced. She was not buying it, so I convinced her to let me tow it in, but at the end of the day, I would let her sit in the car and drive it out to the trailer. Rest is History.

As I began to race here and there, I had an even more burning desire to race professionally on the NHRA circuit. So I sold the Chevy II Nova, and during my years of racing, I would always do small jobs here or there on Race Cars. I would do some wiring installs and cages in street cars, but when I wanted to go NHRA, I went all in. I started my business professionally in 2000, and in 2005 I debuted my NHRA Legal ProMod 57 Chevy. NHRA Pro Mod Class was so new that you had to be invited to race with them. My 57 was so stunning that they invited me right off the bat. We ran 2 seasons with the NHRA, and man, did we learn a lot in those 2 years. We went from running 4:30s in an eighth of a mile to running 6:20s at over 230 MPH in the quarter mile: learned how to drive an extremely fast race car, tune an engine to run that fast, how to tune clutches, how to drive all night to be able to balance work and still get to the next race, how to survive in the most challenging situations and how to overcome difficult obstacles along the way. We qualified for every event we went to except for 1 race. That alone was a huge accomplishment for us as we were racing against guys with a much larger budget and had been doing it longer.

In my career, one of the biggest races in the history of the NHRA was called the US Nationals, and we were invited. It was a struggle from the start of the weekend with parts breakages, but it was on our second qualifying effort when the fuel pump broke and sent the car into a ball of fire at over 230 MPH. We suffered a lot of damage to the car and a lot of danger in my lungs. I had myself in the intensive car for 2 days to recover. A major setback in my racing career, but since we were doing so well before that setback, everyone was taking notice of our work and performance. Back home, the shop was increasingly busy building ProMods for other customers.

In 2007 I was faced with a Delma of continuing to race or build race cars for other people. The workload was overwhelming and involved 21 hours a day in doing both. I decided to sell the race car and start helping other people achieve their dreams. With the fire, we learned a lot about safety, so we started implementing more safety into the cars with what we had experienced. Fresh air systems we mandated after our fire, among other safety devices.

In 2008 we decided to design our own ProMod Body and picked a 70 Duster. It was an immediate hit with the racers. We started selling these bodies to other builders, and our in-house cars were starting to get a backlog. We started experiencing manufacturing problems with these bodies, were forced to move in-house, and had to learn the Carbon Fibre Process. This was like starting all over when I knew nothing about fabrication or welding. So it was self-taught all over again. We made it through the processes and once again came out on top. We were building ProMod cars in the shop, and now we were building all of the Carbon Bodies and components that went into them.

By 2011 we had a customer that was involved in a crash and did not have a car, so we offered them one of our cars, one of my Dusters, and that year we went on to win the Championship. It was an amazing year, and once again, everyone took notice and was building even more cars.

In 2012 we decided to build another ProMod body. This time it took me back to my high school years. Back when everyone was telling me that I would not amount to anything. Cars were a waste of time and effort. So I decided to build a Chevelle Body. Instead of the 70 Chevelle, we decided to build a 69 Chevelle. The body just looked sleeker and faster. This was once again a huge hit for us. We were selling 12-15 bodies a year and building 5-6 complete cars in a year. From 2013-2021 we have had multiple Championships and Best Engineered awards.

In 2022 we now offer a complete fab shop, a complete Carbon Shop, a Complete Parts/Catalog and online courses on how to learn Tig Weld and Beadrolling Classes, and a complete course on how to build a race car. In 2017 I started expanding into more artwork on the race cars’ firewalls, which took us to another level with our work. More and more people were becoming very impressed with the level of the artwork we were producing on these race cars and being more personalized with the customers. That has led me to another avenue of doing metal art and bar stools for my customers and my wife’s Room For Art Gallery here in Washington, Missouri. So from being ridiculed as a young teenager that I would not amount to anything, to having a successful business of building 4-5000 Hp Pro Mod cars for successful business owners. I have now been in business for 22 years and know what it takes to build a complete race car from scratch and tune it is far more than what a normal person can comprehend. The math that goes into both parts can be overwhelming at times, But God has blessed me with my business and shown me the talents he had hidden inside me. All I had to was trust in him, and he would do the rest.

Can you talk to us about the challenges and lessons you’ve learned along the way? Would you say it’s been easy or smooth in retrospect?
No, it has not been a smooth road. It’s been like riding one of the largest roller coaster rides in the world—lots of ups and downs. Building the 57 was tough as I had to do a lot of jobs to be able to afford to build the car. I encountered 3 major setbacks during the racing of the 57. A month before the US National’s, a customer came in with an emergency that he needed a tab welded on his fuel cell; it was towards the end of the day, and I asked if he had cleaned it out, and he said yes, but unfortunately he did not. When I struck the arc to weld it, it blew up, causing 2nd-degree burns on my hand. This was only 3 weeks before the huge event at the US nationals. My son, the be a wife at the time, said there was no way I would make that race with my hand the way it was, but we made it to the race. We needed to catch the whole car on fire at the US nationals and were in the intensive care unit for 2 days. After surviving those 2 incidents, we ended up hosting a race car guy from Sweden for a month or so. He wanted to see some US races before he went back home. So we ended up heading to Houston Tx for a race, and on the way home, he wanted to drive the last 3 hours, and he fell asleep at the wheel and crashed the car. I was ejected through the sunroof about 20-30 yards down the highway. Luckily this was early in the morning, around 4:00 A.M, and very little traffic was on the road, but once again sent me to the hospital for a couple of days. Not to mention working with demanding business owners and trying to meet deadlines meant working through the night on multiple occasions through the years.

Appreciate you sharing that. What should we know about Andy Mccoy Race Cars/American Made Metal Art?
We specialize in Building ProMod Car for NHRA, PDRA, and other organizations worldwide. We build for all over the world. I have been to Australia several time to build business over there, and our bodies, cars, and parts go all over the world. We are known for building fast race cars with safety in mind. We are the only ones in the US making our cars with removable bodies. Our Brand is about safety as these cars are covering the 1/4 mile today in 5.6 seconds at over 250MPH. We take pride in what we do and ensure everything is as safe as possible. We also take pride in our bar stools and bead rolling metal art.

Let’s talk about our city – what do you love? What do you not love?
Washington is a great town to live in and own a business. There is a lot to do in Washington on the weekends. 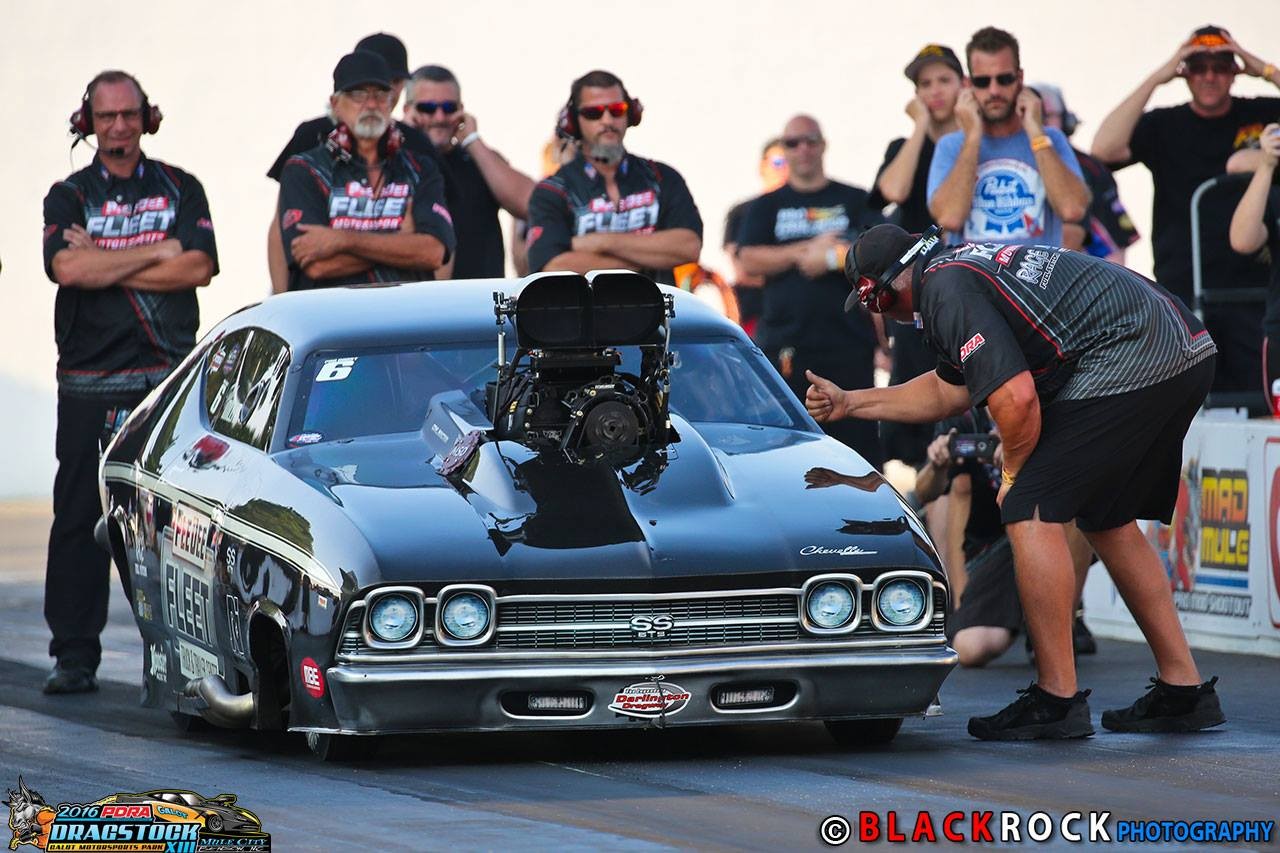 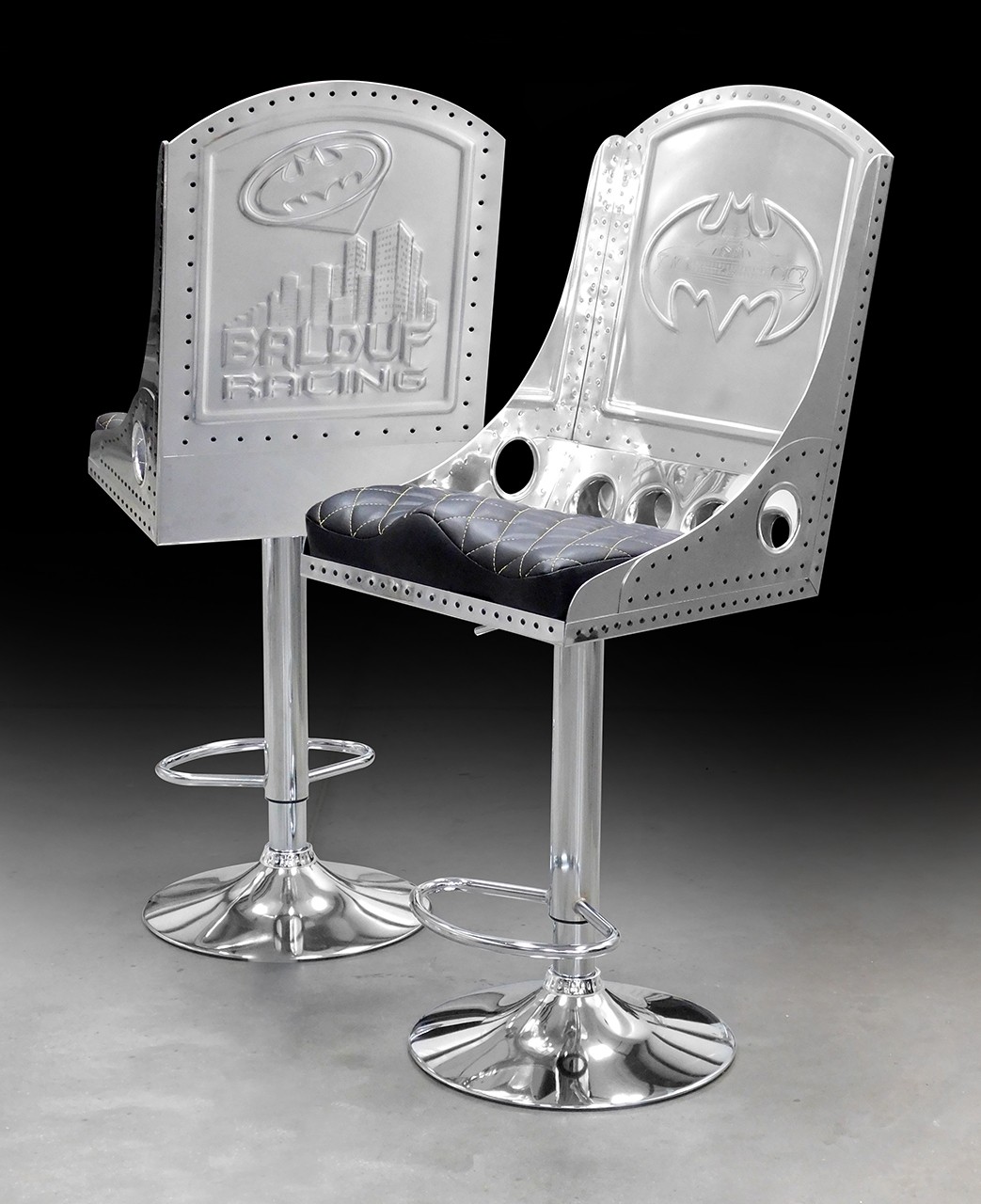 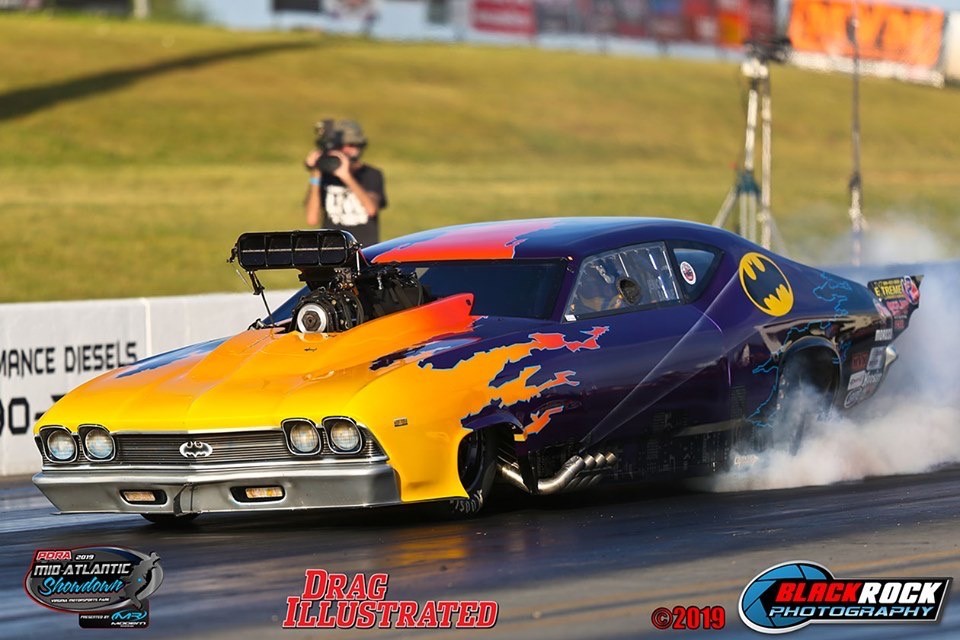 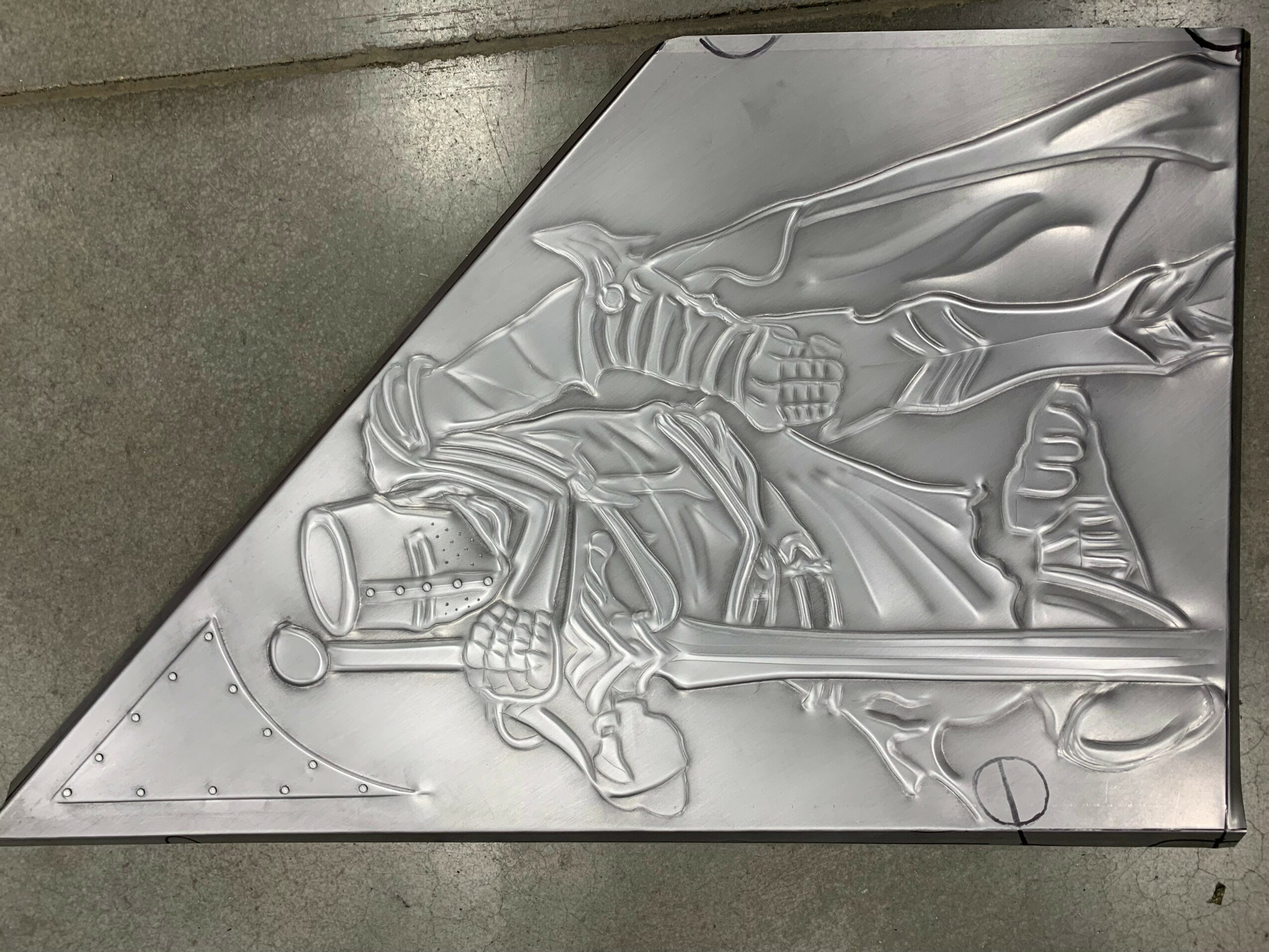 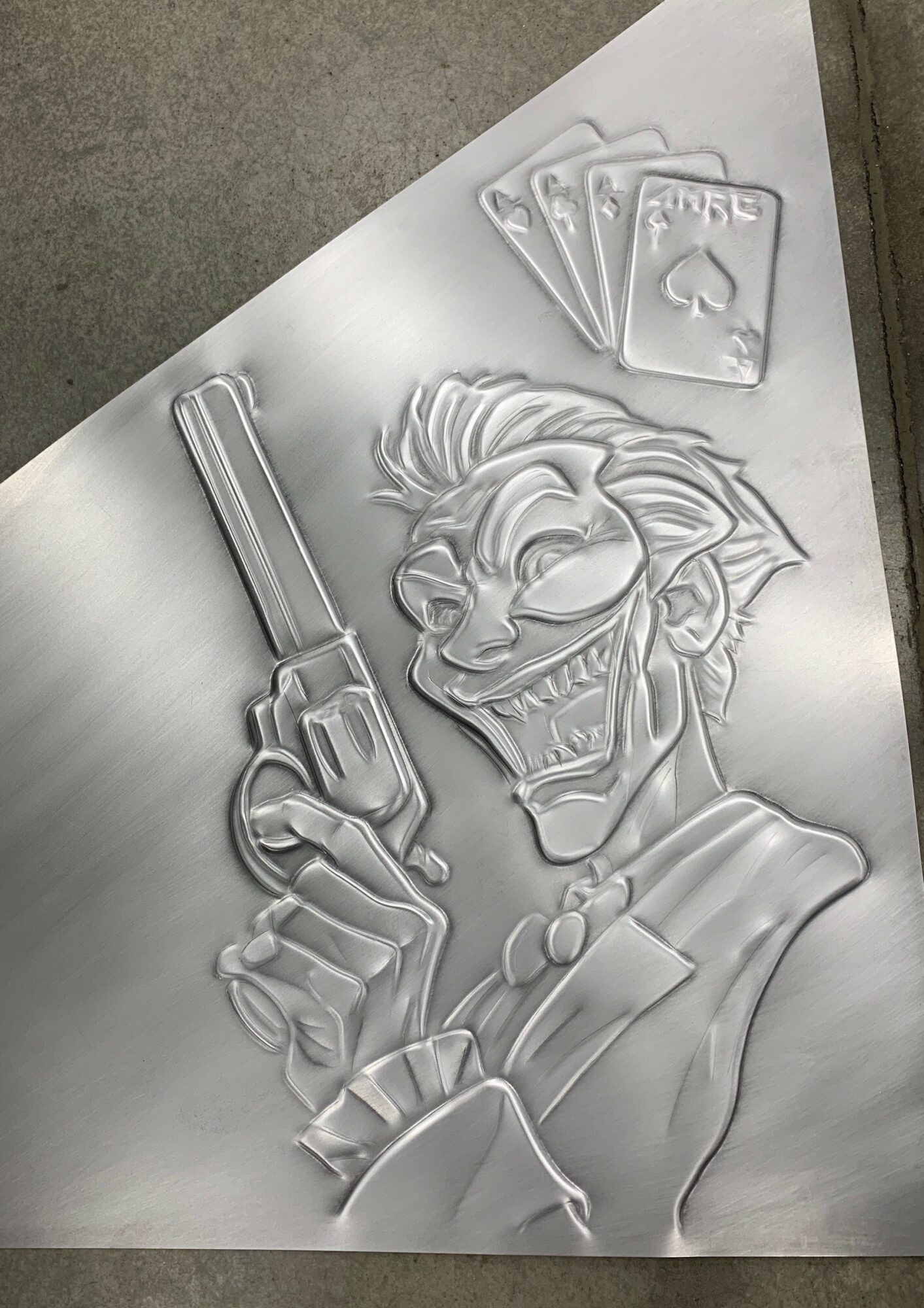 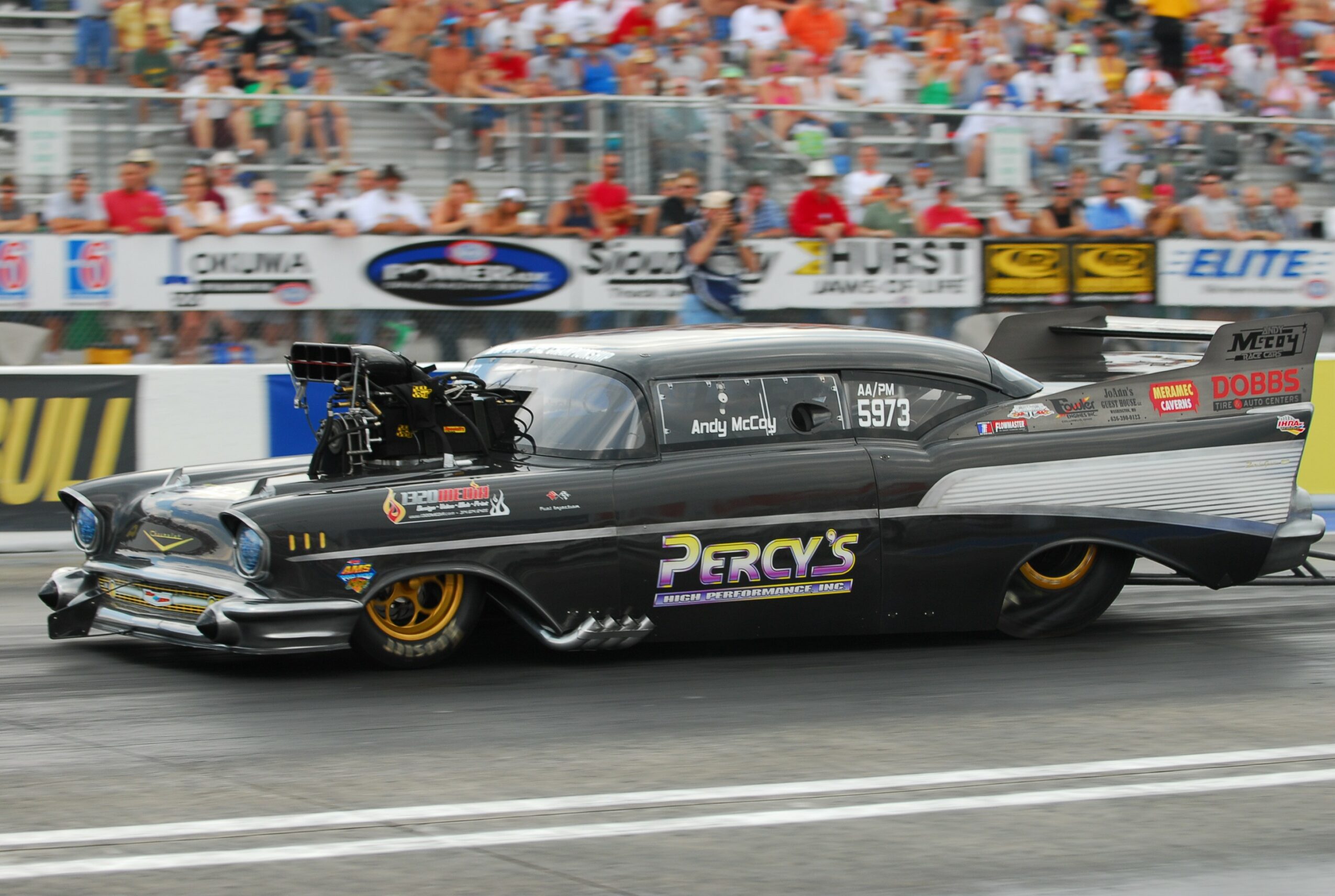 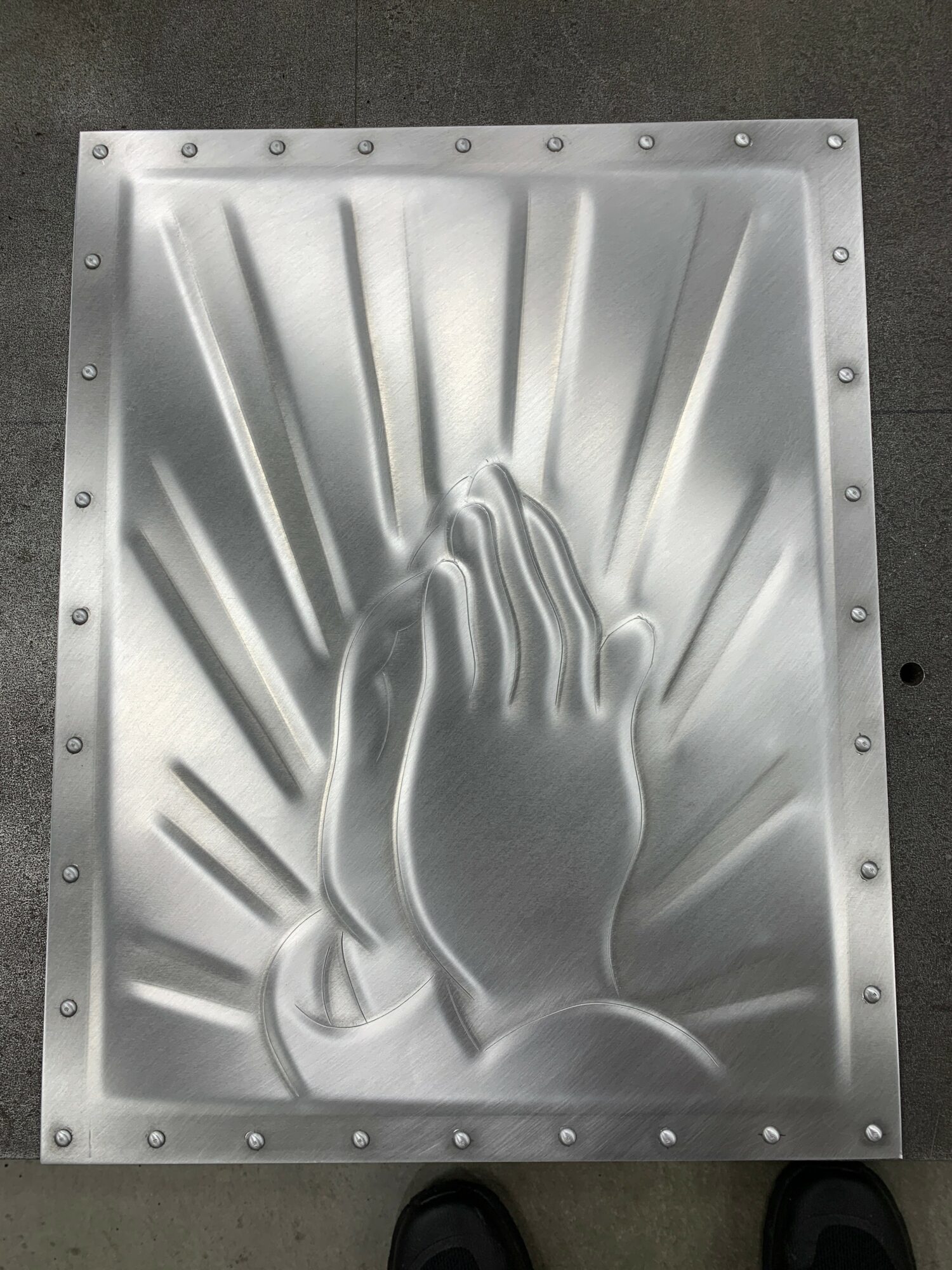 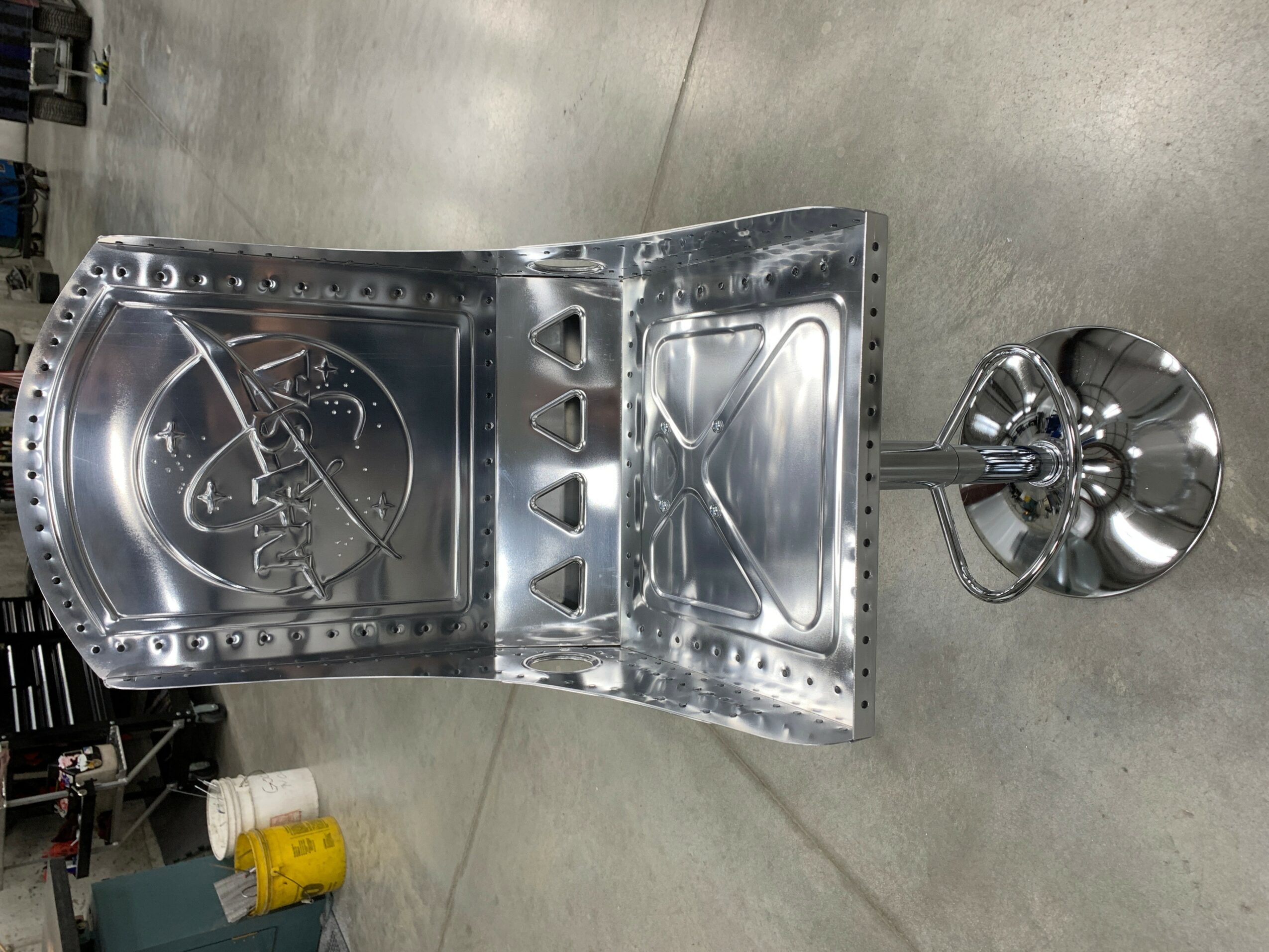 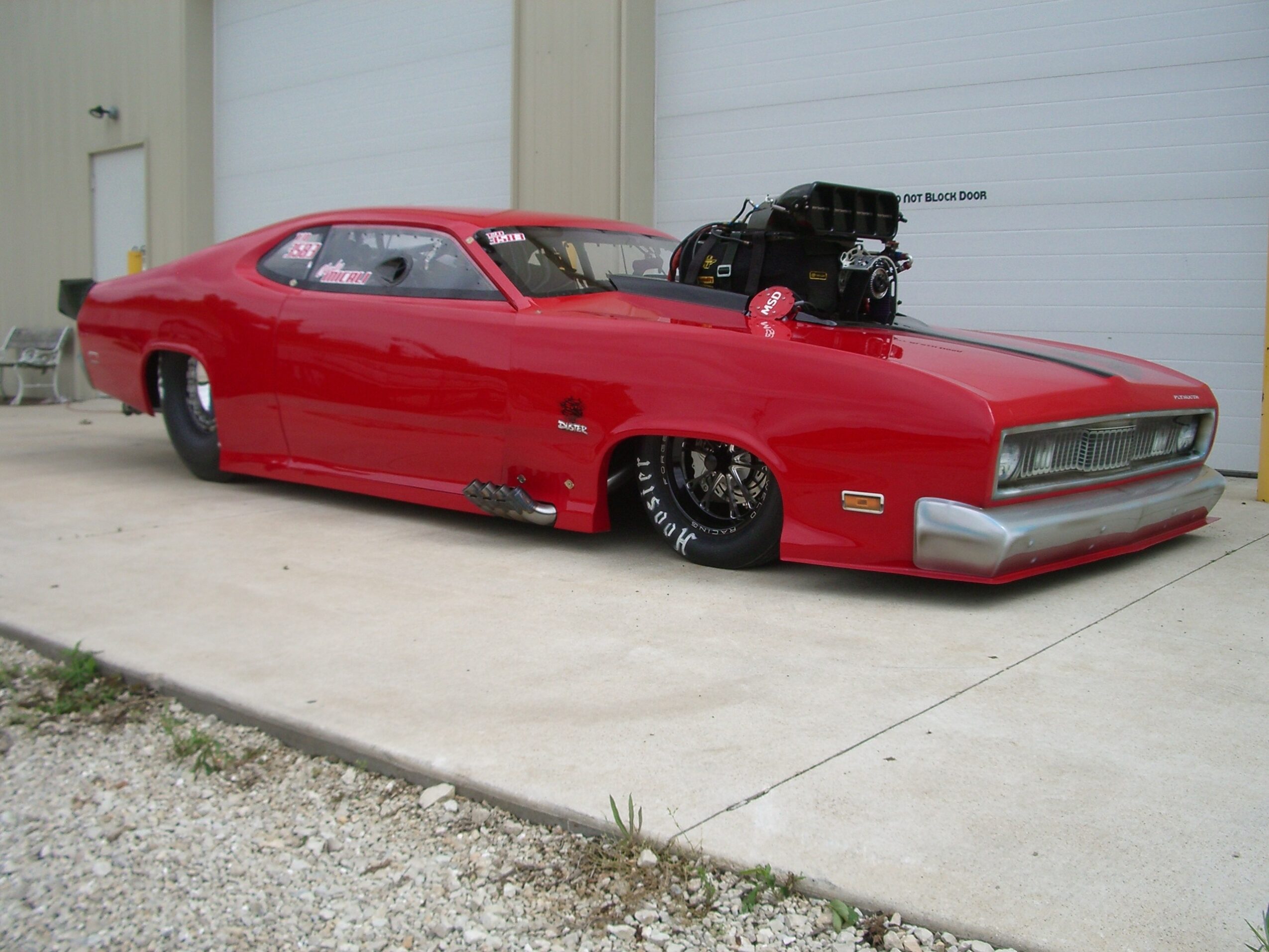 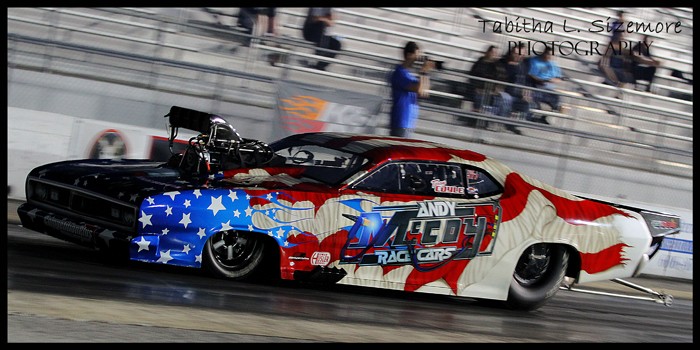 Suggest a Story: VoyageSTL is built on recommendations from the community; it’s how we uncover hidden gems, so if you or som
Related Items