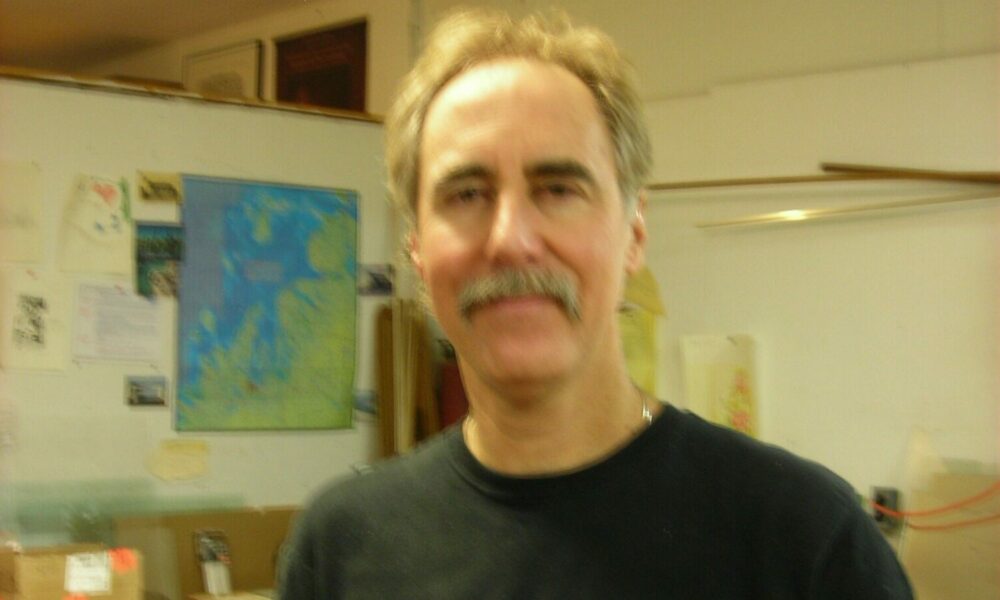 Today we’d like to introduce you to Chris Cosby. Them and their team share their story with us below:

When Chris Cosby graduated from high school in 1973, he started taking art courses at Meramec Community College. In 1974 he took a portfolio of his drawings to Unique Art Glass in St. Louis and was hired there. In 1978 he started his own business, Chris Cosby Art Glass,and eventually moved into a small space on the second floor of the Gorlock Building on Lockwood Avenue in Webster Groves. When a friend noticed a tiny “For Rent” sign in the window of a Webster storefront at 747 Marshall Avenue in 1982, Chris promptly leased the space and moved in. His brother, Tim, had gone to art school at Meramec and Washington University before studying Celtic and Anglo Saxon Art in the field by hitchhiking all over the British Isles.

Upon his return in 1983, he joined Chris in what had, until then, been a one-man concern. The studio remains an owner-operated business with only two people carrying out all aspects of art glass window production: meeting with the clients; designing; cutting the glass; glazing with lead; soldering, waterproofing; etching; painting; kiln-firing; and installation. When a customer calls on the phone, emails, or walks through the door they will be dealing with one or both of the people who will produce the window that they desire from conception to completion. The greater number of clients by far are homeowners – with an enormous variety of interests and approaches.

Alright, so let’s dig a little deeper into the story – has it been an easy path overall and if not, what were the challenges you’ve had to overcome?
Anybody who starts their own business from the bottom – literally, in this case, in a basement – probably doesn’t expect it to be a smooth road. Chris started working in art glass when he was 19. When he started the business, he was 23. Tim joined him when he was 24. When you’re that young you tend to see problems more as challenges than as setbacks and, hopefully, you never stop seeing them that way. Learning how to deal with clients, figuring out what they’re after when they’re having a hard time telling you, takes time. You have to remember that, for most people, ordering an art glass window is an alien experience. They’re excited about it, but they’re also afraid of making mistakes. We go over the subject of the window, how it will be laid out and, when it has been drawn, final approval of the pattern before going over their glass choices. The only surprise that we want them to have after completion of the job would be wondering how we figured out exactly what they had in mind. Learning how to work with people in such a way when starting out is a challenge but not really a struggle.

As you know, we’re big fans of you and your work. For our readers who might not be as familiar what can you tell them about what you do?
We do all of our design work, full size on pattern paper and in pencil. No computer. We enjoy working with our clients and their particular interests. We made a large nine-panel landing window for a client captivated by The Wars of the Roses. The window featured a central rose vine topped by the White Rose of York, the Red Rose of Lancaster and the Red and White Rose of the Tudors. Another client wanted maple branches – with life-sized leaves showing every minute vein. We currently have a large lightbox window depicting a clump of birch trees beside a brook – all in vivid colors. We have done portraits; villages in Europe; golf courses; Jazz musicians; peacocks; family crests; etc. One woman asked us to make a beach scene featuring Forida’s St. Augustine lighthouse and Hawaii’s Diamond Head with a bikini top floating in the foreground – one of the many times that we’ve been required to practice artistic license. We enjoy working with the materials – especially the glass in all of the varieties of colors and textures. Details can be achieved by painting and kiln-firing; sandblasting; carving the lead or hammering out copper. Usually faces, hands, etc. are best portrayed in paint. Most people and companies have their own way of doing work that sets them apart from their fellows – call it style, approach, character. What sets us apart is to be seen in the approach to our work: an approach developed over nearly 50 years – 38 of them between two individuals.

Do you have any advice for those looking to network or find a mentor?
That is a difficult question. Chris learned on the job from men who had been working in the field since they were very young. Tim learned on the job from Chris. We have never really taken anyone on and we can’t speak for any other company. Probably the best approach would be to take classes in art glass from businesses that offer them. Learn as much as you can and practice. Study drawing and design in general, as well as how art glass windows are designed. I am sorry if this sounds weak, but it is a small field and has been growing smaller for some time. 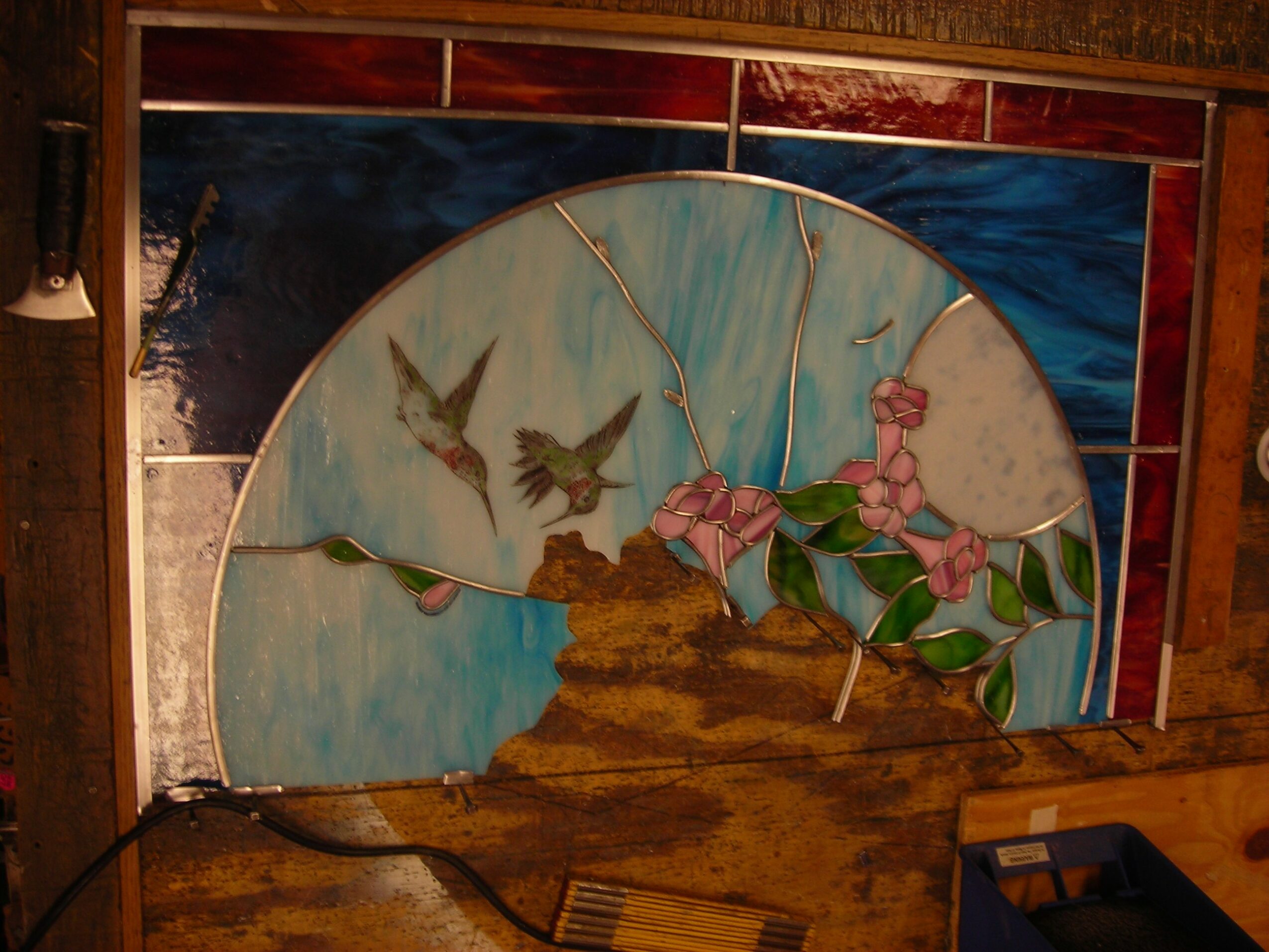 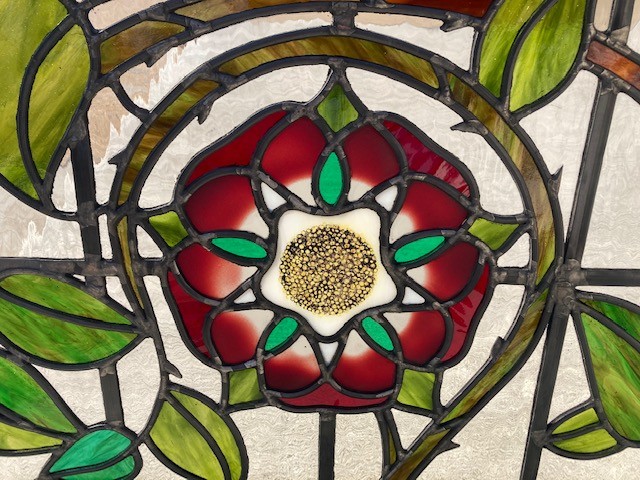 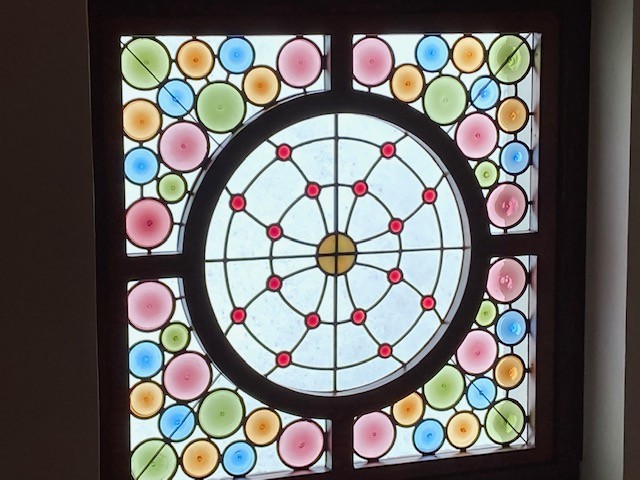 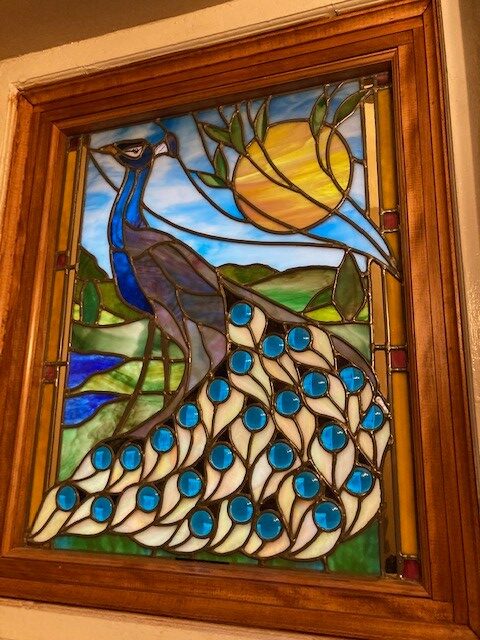 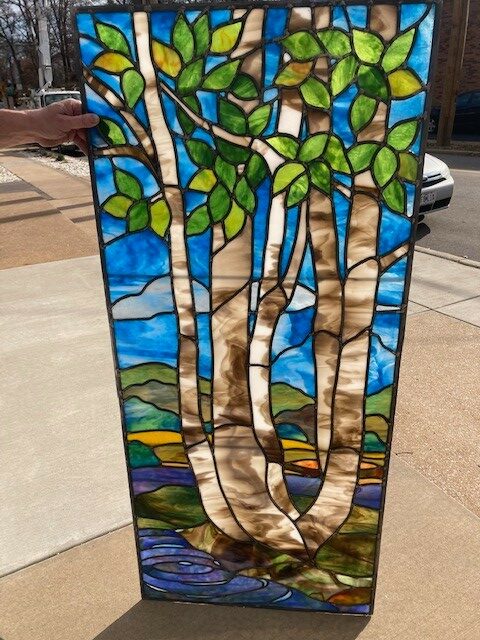 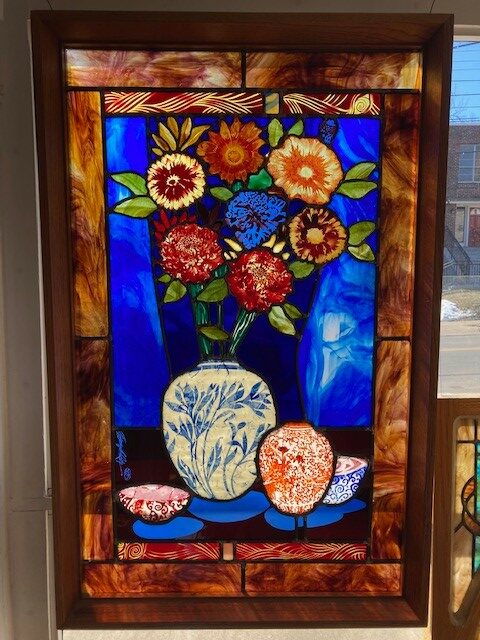 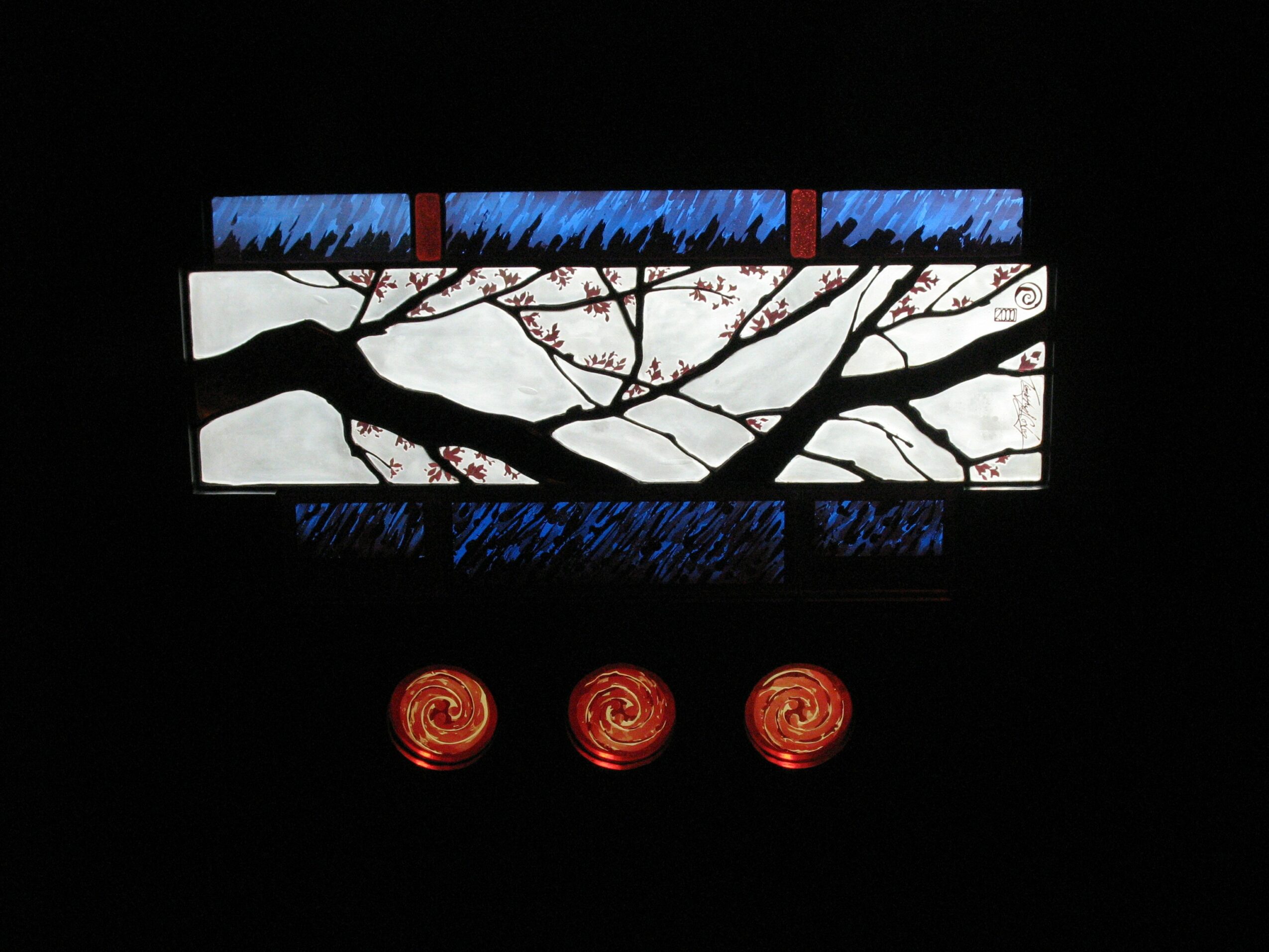