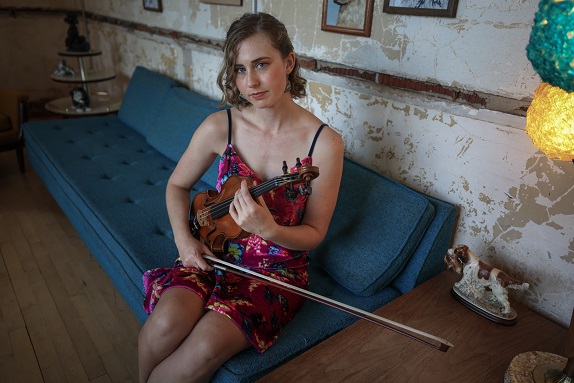 Today we’d like to introduce you to Alice Hasen.

Hi Alice, so excited to have you on the platform. So before we get into questions about your work-life, maybe you can bring our readers up to speed on your story and how you got to where you are today?
I am a Vermonter, born and raised.

Since the violins sit in the front of the orchestra, thus being highly prominent in the eyes of a four-year-old, the violin is the instrument I chose. I had no idea that it could be so challenging, versatile, and beguiling.

Though I participated in a few fiddlin’ circles in my youth, my early musical education was primarily a classical one. I participated in the Vermont Youth Orchestra and played the flute in the high school band, auditioning for seats, solos, and accolades.

I got into Yale University and played in the Yale Symphony Orchestra, and for a while, found my tribe. When it was time to look for jobs after graduation, I applied to Teach For America and got a placement in the Deep South in the fall of 2012 – teaching high school band in Clarksdale, Mississippi.

I had never been to Mississippi, tasted fried pickles, heard of okra, or drank anything but “unsweet tea” (I had just called it iced tea up to this point). Let’s just say it was a huge culture shock. My first year teaching at Coahoma County High School was tempestuous, with some of the other teachers placing bets on whether I’d last till Thanksgiving.

On top of coming home in tears every other weekday, I was without a single classical music outlet. My violin, fresh from my senior recital, stayed in its case for months. I felt like a limb was chopped off. This continued until the fall of 2013 when my roommate invited a few local friends over for a living room “jam session.”

These friends, Seth Stroud and Walt Busby, both played guitar and happened to be friendly enough to invite me to jam with them on Beatles tunes, Led Zeppelin, and The Band. I contributed cautious, soft notes. I knew some of the tunes from my dad’s CD collection, but I wasn’t used to playing without sheet music to guide me.

Fast forward a few years, and our band, now called the Blackwater Trio (after the mighty Mississippi River, canonized in a Doobie Brothers song) was one of the hottest acts in the Mississippi Delta. We were playing at every restaurant, wedding, country club, small festival, Christmas party, and even in a few of the more exclusive blues clubs (on rock night).

We had a few originals on a demo cd, the labels of which I printed out in my band director’s office after hours. We had zany stories from the road, a gaggle of fans, and band drama that occasionally flared up. I left my teaching position in the spring of 2015 to try out a new life, sleeping in until 11 am or later, then staying up playing the rockstar.

I fostered two puppies and adopted a kitten. But the boundaries of a small town started to creep into my peripheral vision. I decided to move to Memphis.

In the fall of 2016, I packed up my belongings in a U-Haul with the help of my Clarksdale friends and headed for a new life in Memphis. At first, I didn’t know anyone, but after going to the same bars every night (the helpful advice of a friend) I started to make some new musical acquaintances.

Soon, I was booking the Blackwater Trio in different spots around town. But some invisible box was still hemming me in. I began to experiment with writing songs that were just for me, not necessarily for the Trio. After a few attempts, I gathered a few friends together and we started to bring a new sound to life.

In October of 2018, I had my first solo show, which I called Alice Hasen & the Blaze. I hemorrhaged money for a while, making sure my new bandmates were paid, even when we lost money on the door. My boyfriend, Brandon, kindly shot some free videos.

Now, four years later, Alice Hasen & the Blaze is an established act in Memphis, and I diversify my musical portfolio as a side fiddler, instructor, and recording artist. I’ve played some of the biggest festivals in Memphis, Mississippi, and Arkansas, recorded with amazing artists, traveled up, down, and sideways through the US, and even appeared – for a few seconds – on national television.

I’ve released an album, as well as several singles and music videos. I still play the occasional gig that doesn’t pay – or even costs me money after expenses – but now I know what my calling is.

It took this classical Vermont violinist a one-way trip to the Deep South to find herself. There, a few friends “turned me to the dark side” and unleashed a new creature who carries a purple electric violin, wears leopard print, and plays the music in her heart.

Alright, so let’s dig a little deeper into the story – has it been an easy path overall, and if not, what were the challenges you’ve had to overcome?
The pandemic came not long after I released my debut album, slowing down my momentum and forcing me to redefine my career. I spent a lot of time alone in my music room, live streaming for an audience I couldn’t see.

I also learned how to record violin professionally at home, something I still do a lot and really enjoy. I also decided to leave an artist who is known on a national level, but whose racism and sexism became apparent to me as I spent time on the road with him.

In September of 2021, I started feeling pain in my left wrist after playing. For me, there has always been a little pain associated with long stints of playing – but this was a more persistent pain. I ended up seeing several different doctors and specialists, none of whom could tell me what was wrong.

I canceled all of my performances for the rest of the year and became depressed. I even caught myself in moments of suicidal ideation – because if I couldn’t play the violin, what was left for me in life? I sought out therapy and tried a few different antidepressants.

After several months of rest and physical therapy, I inched back into playing short gigs. I’m back in full force now, though I still feel the mysterious pain after a long weekend of gigging or a tour. I take a prescription painkiller to lessen the effects.

This experience, on top of the pandemic, showed me just how lucky I am to be able to do what I do – and also how fragile such a career can be. I will never take performance for granted again.

Alright, so let’s switch gears a bit and talk business. What should we know about your work?
When I write for myself, I like to allow myself total freedom in song structure, style, and the option to take any song in a new direction during its performance.

In general, I try to stay outside the boxes of the established fiddle traditions like Country, Bluegrass, Celtic, Western swing, etc. I make sure that my “fiddle-powered groove band” stays rooted in the Memphis heritage of funk, rock, and jazz, but we can stray into pop, hip-hop, and even reggae territory.

Perhaps fitting for someone who has spent a lot of time near Robert Johnson’s famous crossroads, I feel the most at home at the crossroads of the genre, pushing the traditional sounds of violin and fiddle out of their comfort zones. I also use a loop station and pedalboard to expand the capabilities of the violin.

I heavily focus on environmental issues in my songwriting. A native Vermonter, I grew up walking in the woods, hiking Mt. Mansfield, and swimming in Lake Champlain. Only after moving away from these places did I truly understand how special they, and all-natural places, really are.

I write about conservation and climate change awareness because we only have one earth, and it is clear that we need to act now to save our homes. As far as hiring goes, I’m available for the following:

Live performances, from a solo violin to a five-piece band, playing original songs and covers

Recording work, both on-site and remote.

Weddings, parties, and other events, from solo violin to five-piece band.

What would you say has been one of the most important lessons you’ve learned?
Treat every performance like it could be your last.

Treat every audience to the best show you can give, whether they number in the single digits or the thousands. Every challenge is an opportunity in disguise – and like they say, when the opportunity comes knocking, it’s often wearing overalls and dressed like work.

Life is short, so don’t let perfection get in the way of getting your album, single, novel, or letter to a friend out into the world. There are very few mistakes, creatively or logistically speaking, that will matter enough to haunt you in five years. When discouragement strikes or you find yourself fixating on your competitors, put your blinders on and hunker down on your next project.

Always prioritize relationships over money or success. The best way to get is to give. Create opportunities for others in your community, and you will find opportunities coming to you. If a task can be done in 30 seconds, do it right now. If it can be done in five minutes, do it today. 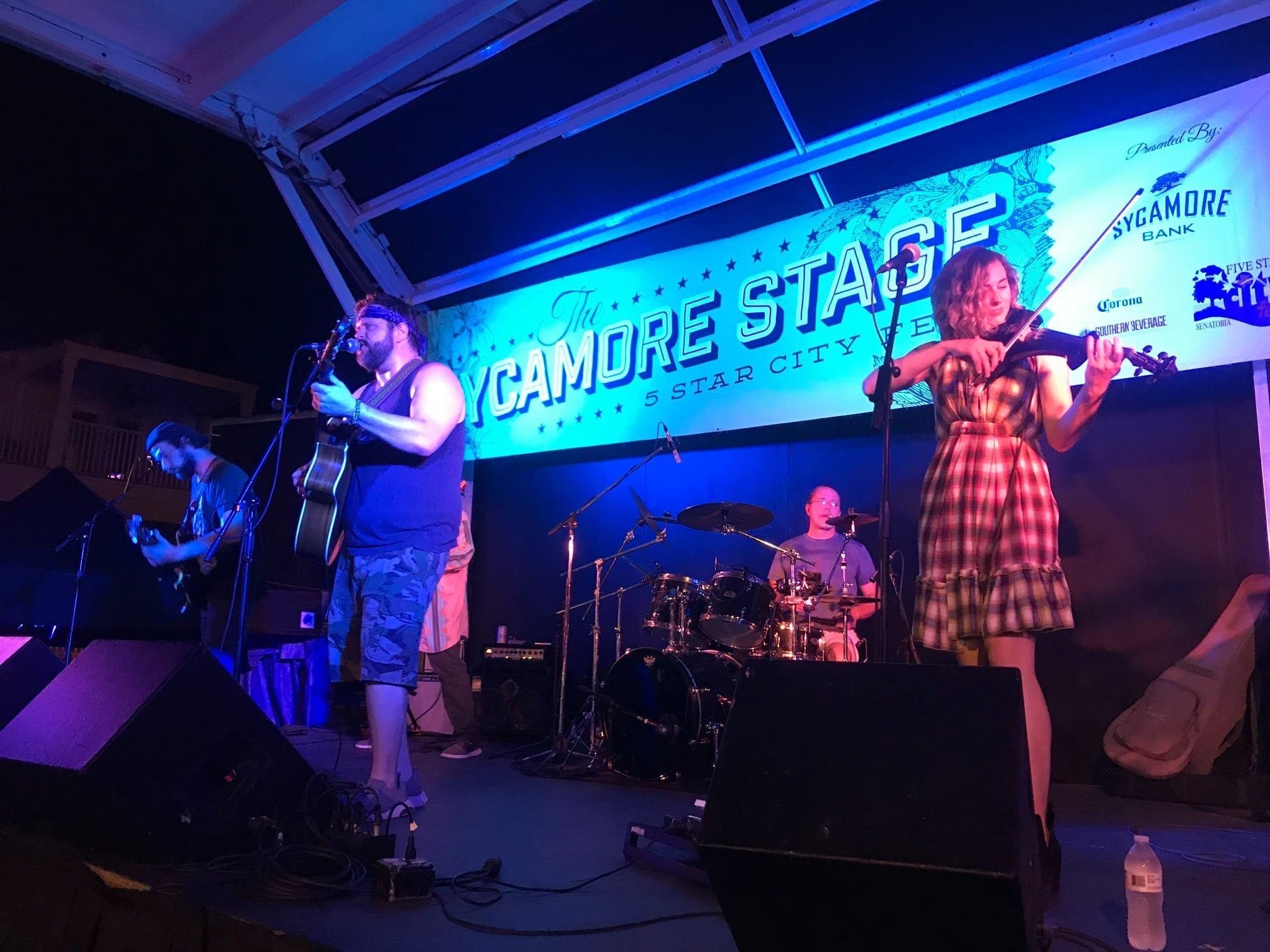 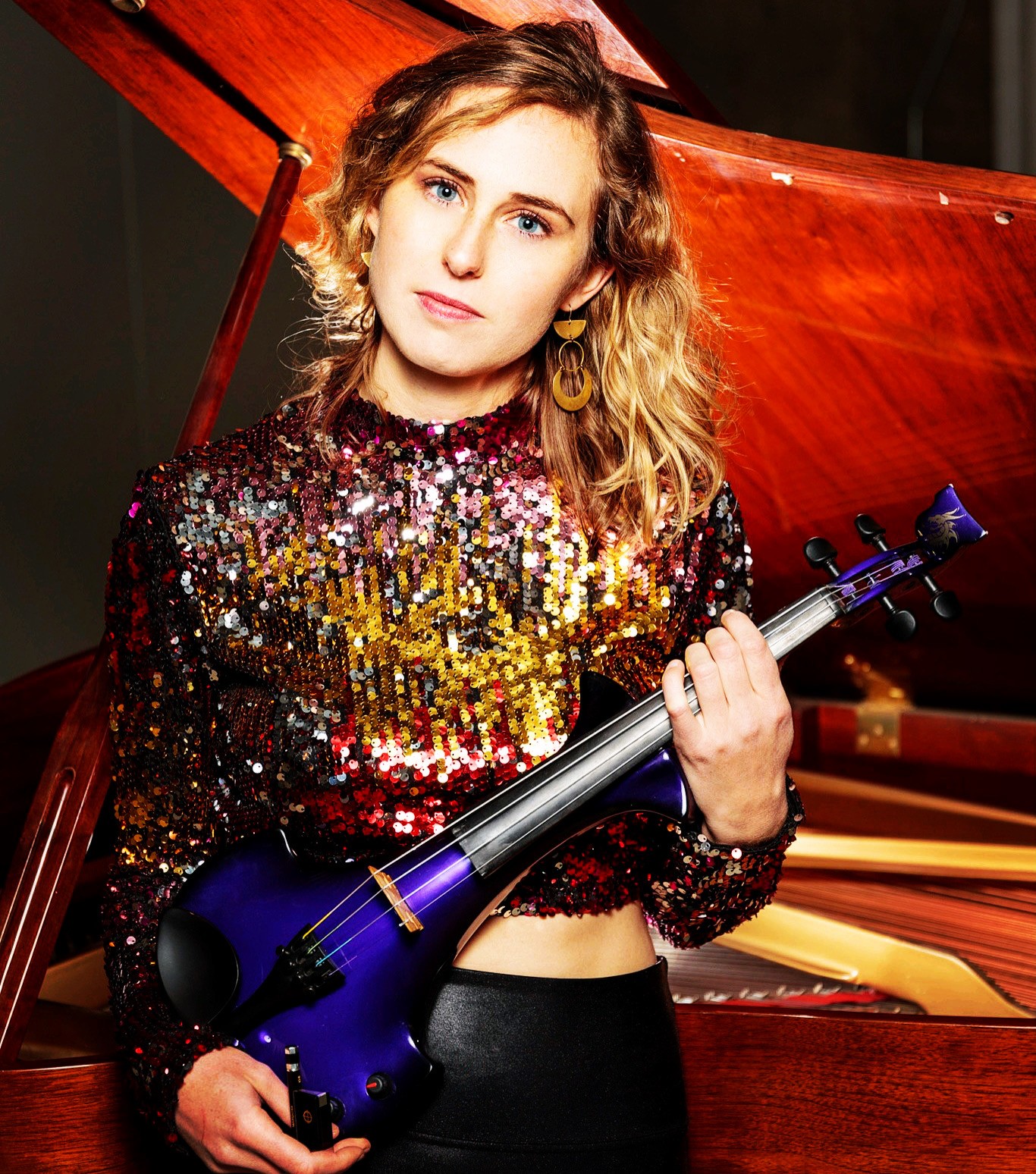 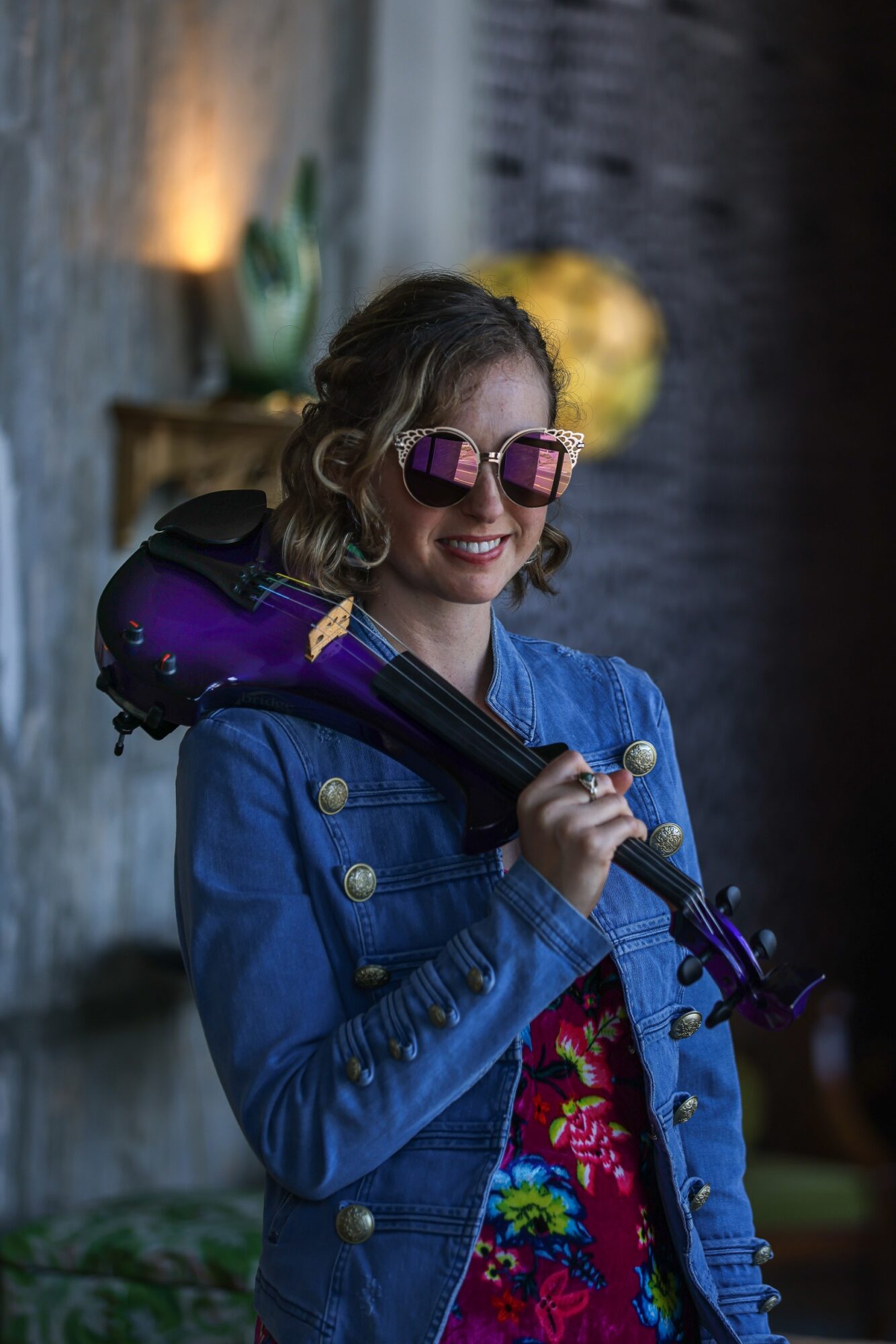 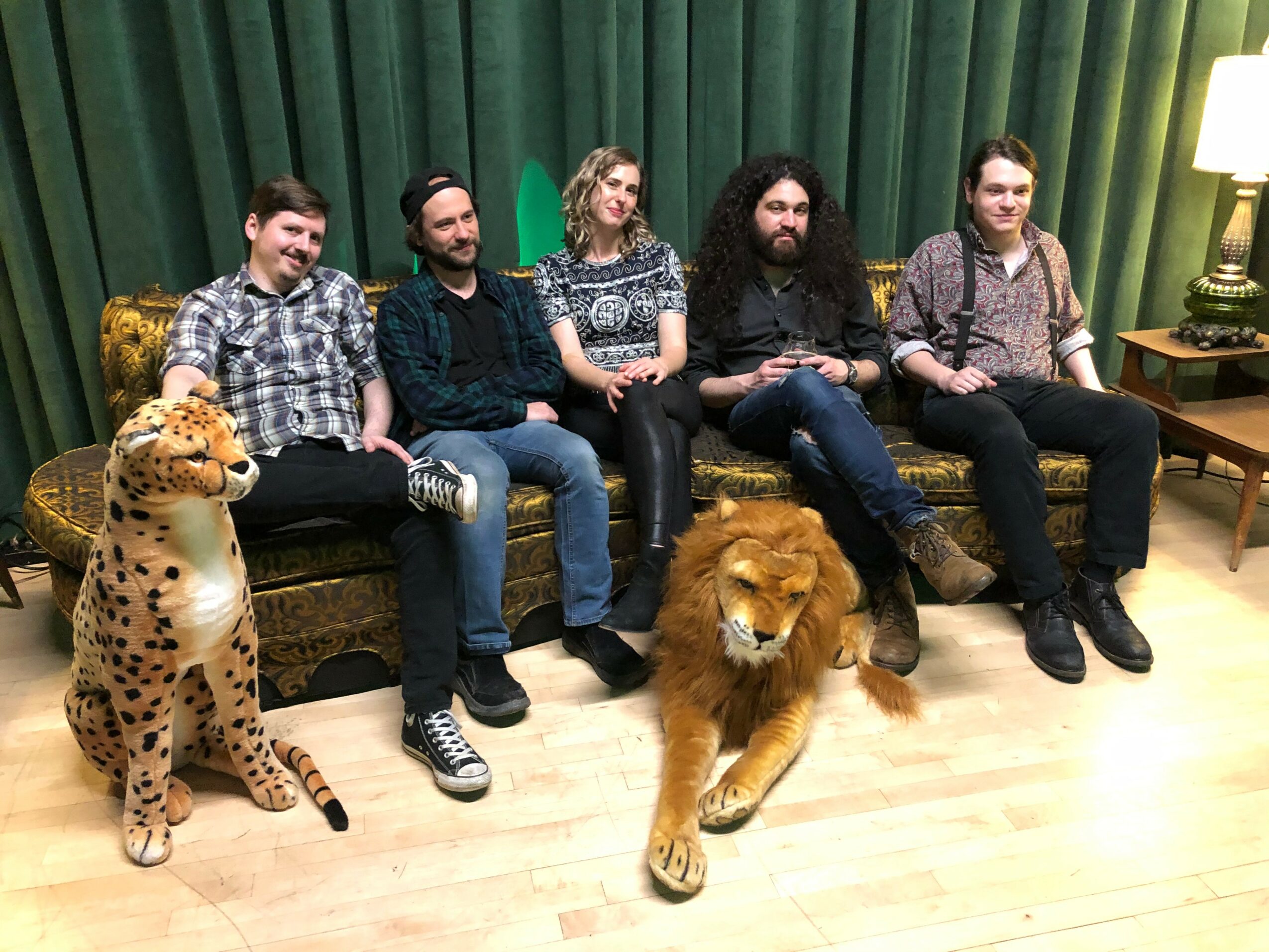 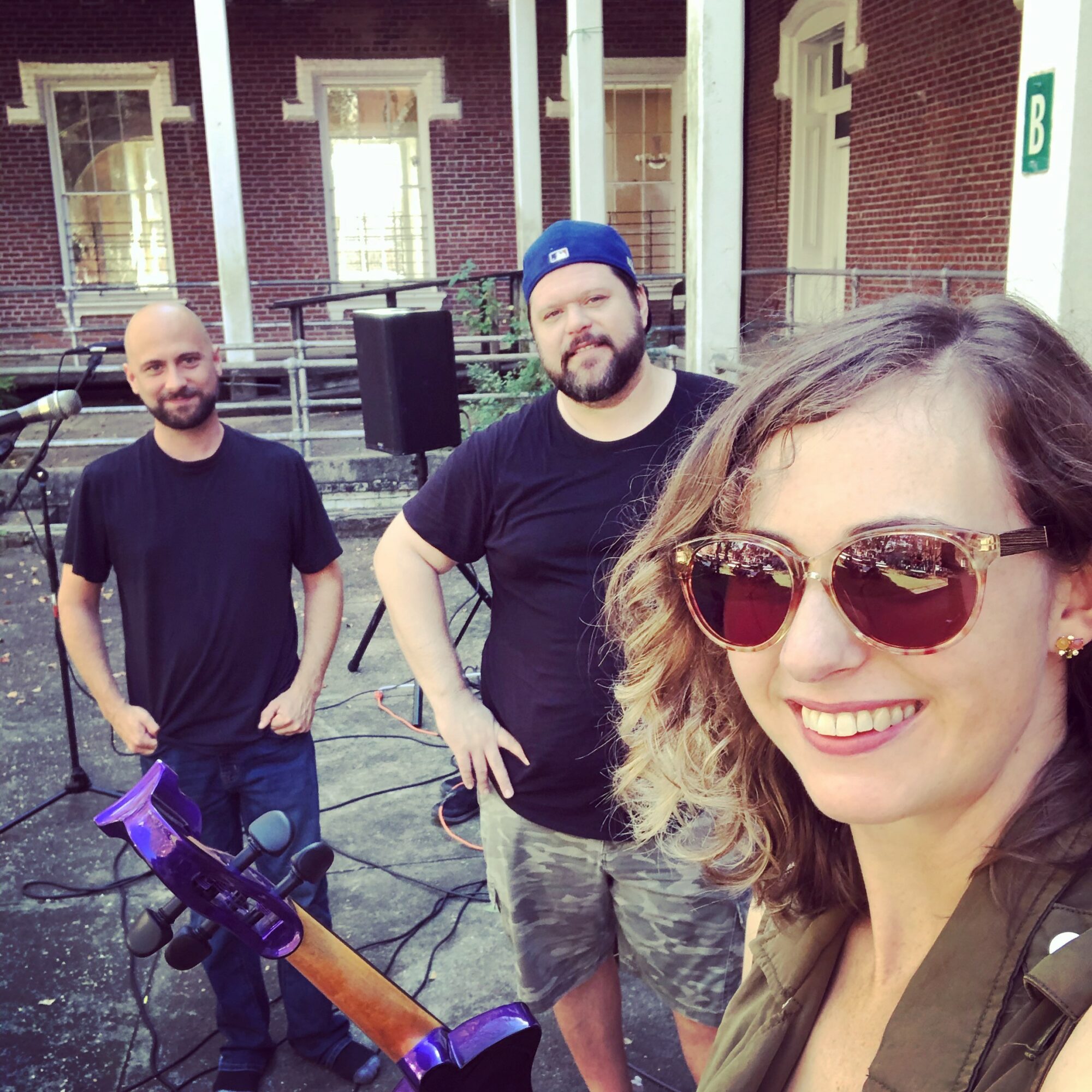 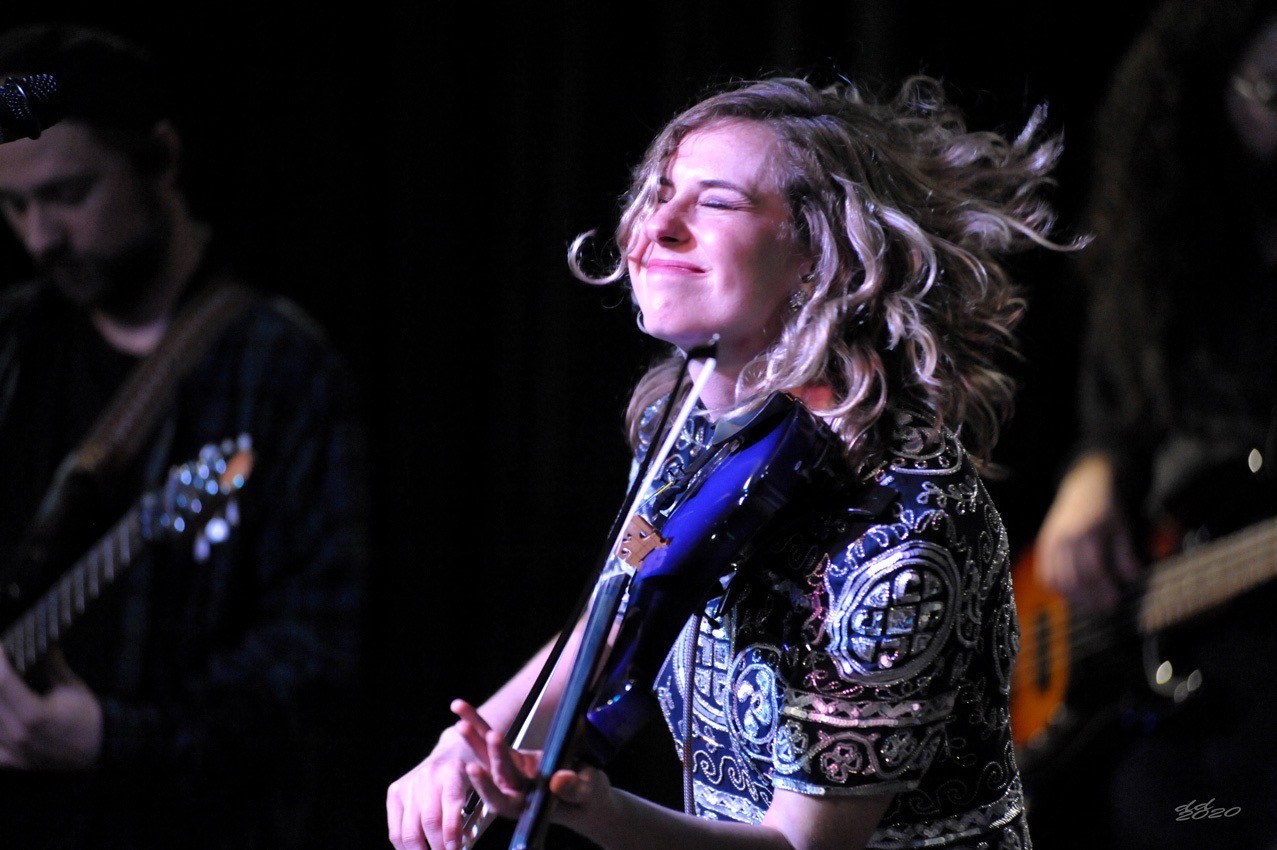 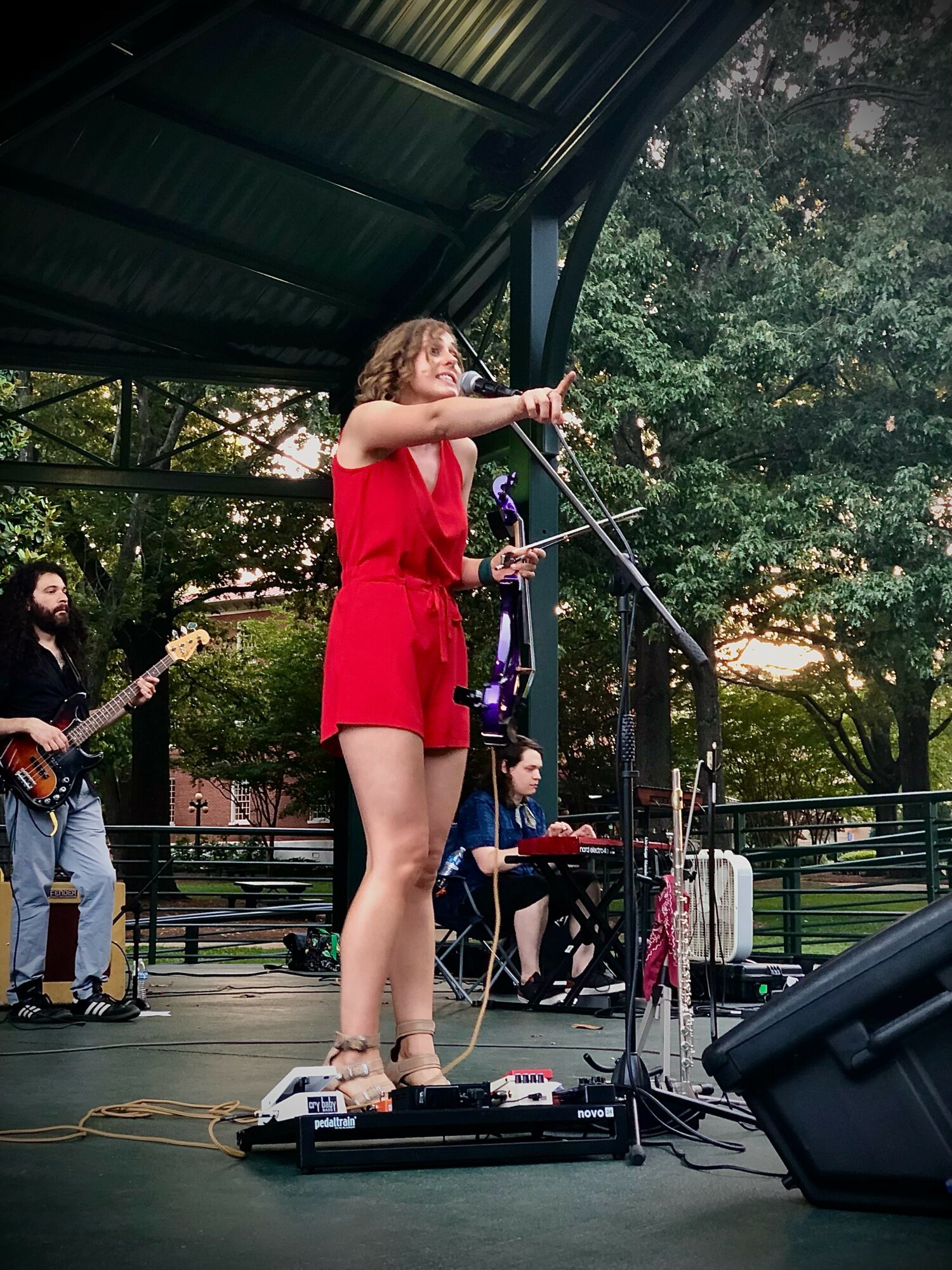 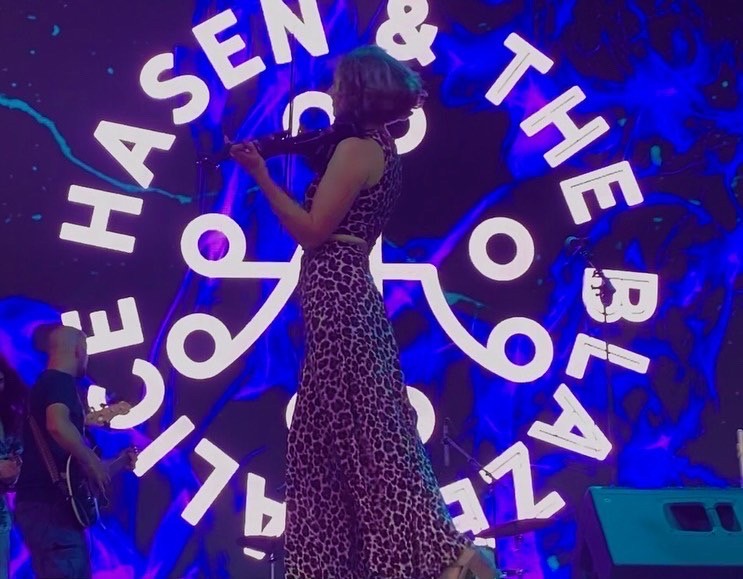