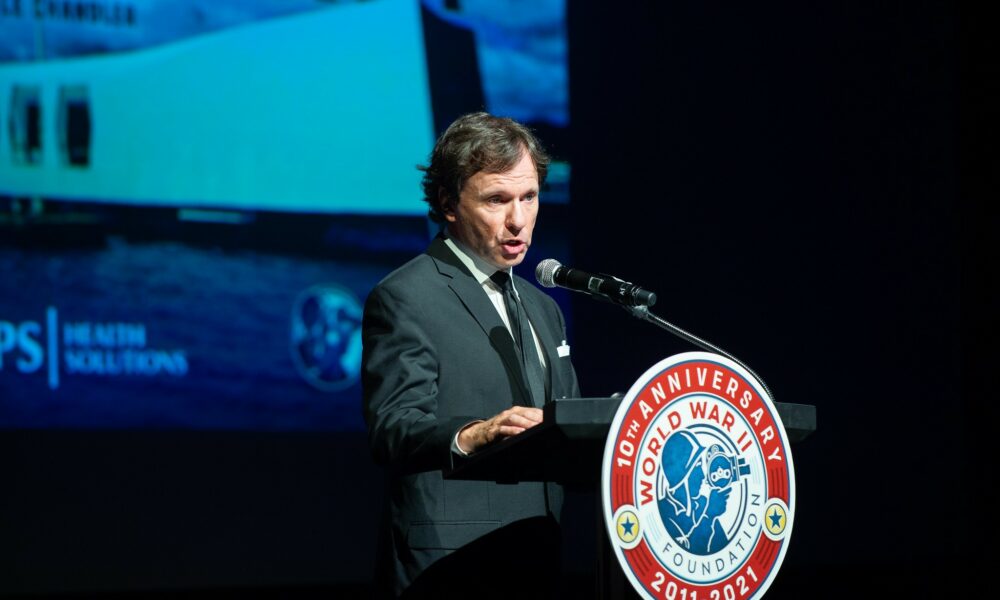 Today we’d like to introduce you to Tim Gray.

Alright, so thank you so much for sharing your story and insight with our readers. To kick things off, can you tell us a bit about how you got started?
I started my other life as a television sports anchor in 1990 and worked for various network TV affiliates for 15 years before I felt that need that I should really be doing something else that had a little more meaning in life and that would leave a legacy for a generation that helped to save the world. I had been interested in the personal stories of World War II since I was six years old, so I took my Journalism degree and background and transferred all that towards making our first documentary film in 2006. That has now led to 33 films on World War II produced and airing all over the world. All of our films are shot on location and narrated by celebrities and others such as Tom Brokaw, Gary Sinise, Tom Selleck, Luke Bryan, Bill Belichick, Matthew Broderick, Jane Lynch, Liev Schreiber, and Darius Rucker, to name just a few. Our films are donated to American Public Television and PBS and now rank in the top 5 of most-requested programs nationally by PBS stations. Our demographic is 15 to 55, I like to say. We also produced Virtual Reality films for Oculus TV and YouTubeVR, in addition to having a museum in Rhode Island with over 5,000 WWII artifacts. All of our resources are free and available on our website for students, educators, and the public to utilize. Our goal has always been to be a conduit for people to take an interest in that time in history. Mostly because we feel that we are who we are today because of what the WWII generation suffered through and also accomplished.

We all face challenges, but looking back would you describe it as a relatively smooth road?
Selling history is not an easy thing to do. Americans tend to think of history as something that happened last week, not 80 years ago. It’s different in Europe where they seem to be more willing to teach and talk about their history, mostly because they understand that their own history goes back much further than ours and remains all around them in buildings, architecture, and museums. Europe is also more open to using history as a reference point and examining why things happened so they don’t happen again. That is one challenge. The other is raising money, which is something all nonprofits face every day. It’s difficult for sure, but when you believe in something or someone, you just keep moving forward with your passion and focus.

As you know, we’re big fans of you and your work. For our readers who might not be as familiar what can you tell them about what you do?
We’ve completed 33 documentaries to date on the personal stories from World War II (and have an additional eight more films in production). They are all narrated by celebrities, from Luke Bryan to Patriots Head Coach Bill Belichick. In addition, CBS Sports Jim Nantz and actor Gary Sinise have done several films for us each.

Each of our films ranges in length from 60 to 90 minutes. I’m very passionate that current and future generations can learn from the lessons left us by the World War II generation.

These documentaries have taken The WWII Foundation to film in locations such as Guadalcanal, Corregidor, Bataan, Manila, the Philippines, the Solomon Islands, the Russell Islands, Banika, Peleliu, Japan, Guam, and the Republic of Palau. Pearl Harbor, Hawaii (11 times), Normandy, France (15 trips), Holland, England, Belgium, Luxembourg, Poland (including the Auschwitz and Treblinka Concentration and Death Camp locations), the Czech Republic, Germany, and all over the United States, including the Oval Office at the White House in Washington, DC, where we met the President and presented him with 2 of our films.

Our films consistently rank in the top 5 of most requested programs nationally by PBS and Public Television affiliates. So, it’s excellent that there still seems to be an interest in the World War II generation’s stories.

On June 6, 2012, The World War II Foundation dedicated the Richard D. Winters Leadership Monument in Normandy, France, which has become one of the most visited monuments in Normandy. The 13-foot statue recognizes the leadership of all American junior officers on D-Day, June 6, 1944.

We also founded the Normandie-World War II International Film & Media Festival in Saint-Come-du-Mont, France. It’s the only film festival in the world focused strictly on documentaries and short films centered on the stories of World War II. 2022 marks the 6th year of the festival, which also attracts some of the world’s top actors and authors as speakers and veterans of WWII. It’s held at the beautiful D-Day Experience, which features a unique IMAX theater.

In 2018, we established The World War II Foundation Global Education Center and Museum in Rhode Island. The museum, filled with roughly 5,000 original and rare WWII artifacts, hosts school groups around Southern New England. The museum has over 600 books related to WWII and a small theatre. It is also open to the public. The education center/museum is the most comprehensive collection of World War II artifacts on display anywhere in the United States.

In addition, I “attempt” to host a Zoom Video Podcast titled From the Front to the Films that features well-known actors, authors, filmmakers, veterans, and others connected to World War II. Unfortunately, sometimes, the film work gets in the way of the Zoom Podcasts (actually, it does often!).

We have been producing Virtual Reality films, which air globally on Oculus TV and YouTubeVR. The VR films we have done include one on Omaha Beach and D-Day, another on Pearl Harbor, and a 3rd just coming out on the Battle of the Bulge. It’s a visual and immersive way for students to “visit” these famous World War II-related locations and experience the history much differently.

Our films and information about the war are accessible to students, educators, and the public.

In the past, I was also a frequent guest on FOX News’ national program, The Story with Martha MacCallum, where we contributed to the network’s coverage of WWII events, issues, and stories.

On October 23, 2021, I was humbled to be inducted into the Rhode Island Hall of Fame. The RI Heritage Hall of Fame was established in 1965.

Currently, I am honored to sit on the Advisory Board of Patriots’ Hall of Dripping Springs, a foundation established by Emmy Award-Winning actor Kyle Chandler (Friday Night Lights, Bloodline, Zero Dark Thirty, Argo, King Kong) and his wife, Kathryn. The mission of Patriots’ Hall of Dripping Springs is to create a permanent retreat and resource base for Veterans of all ages and military branches to connect and find support.

Academically, I work frequently with history and film students from Davidson College in North Carolina. The Zoom internships introduce the students to World War II topics and the documentary film process.

In 2022, we also started a program where we take college film and history majors on a film trip with us. This past July, we mentored students from the Newhouse School at Syracuse University and a student from San Diego State University on a trip to Italy, where we shot two films. One of the famed Tuskegee Airmen and another of late Senator Bob Dole’s WWII story. It was a great experience to show the students how a documentary is made from start to finish, especially in a foreign country.

We have been fortunate to win 5 Regional Emmy Awards for documentary film writing and outstanding documentary film. In addition, the Foundation has also captured 3 Indie Film Fest Awards in that international competition and 2 Impact Doc Awards.

I worked as a television sports and news anchor and reporter for over 15 years in several states and U.S. markets, including Michigan, Washington State, Florida (Fort Myers and Orlando), New York, and Providence, Rhode Island. In 2000, I was appointed weekend sports anchor and sports/news reporter at Ch. 10 in Providence, another NBC affiliate, and held that job until 2004.

I’m a graduate of the University of Rhode Island with a degree in Journalism.

What’s next?
We have another 8 films in various forms of post-production. We just finished a great film on Jack Taylor, founder of St. Louis-based Enterprise Rent-A-Car titled Jack: Taylor the Enterprise. Jack was a fighter pilot in the Pacific in World War II and what he learned and experienced in the war shaped his post-war goals and vision. Gary Sinise narrated that for us.

We also just debuted a film focused on just women’s experiences in World War II narrated by actress Jane Lynch called Her Story, Her War: World War II. It’s an amazing collection of stories from women all over the world caught up in the war in some way, whether in the military, in Concentration Camps, witnessing the Blitz in England, or growing up in Germany.

Our two newest projects are focused on the Seabees in World War II (the construction workers who built all the bases and also had to fight in battles at times), narrated by CBS’ Jim Nantz and the famed Tuskegee Airmen, the African-American flyers who escorted American bombers over Europe. We were in Italy this past summer and revisited their base, or what’s left of it, in Ramitelli. That’s narrated by singer Darius Rucker.

We are also working on a film on the late Sen. Bob Dole’s World War II story narrated by Ron Livingston and CBS’ Jim Nantz. 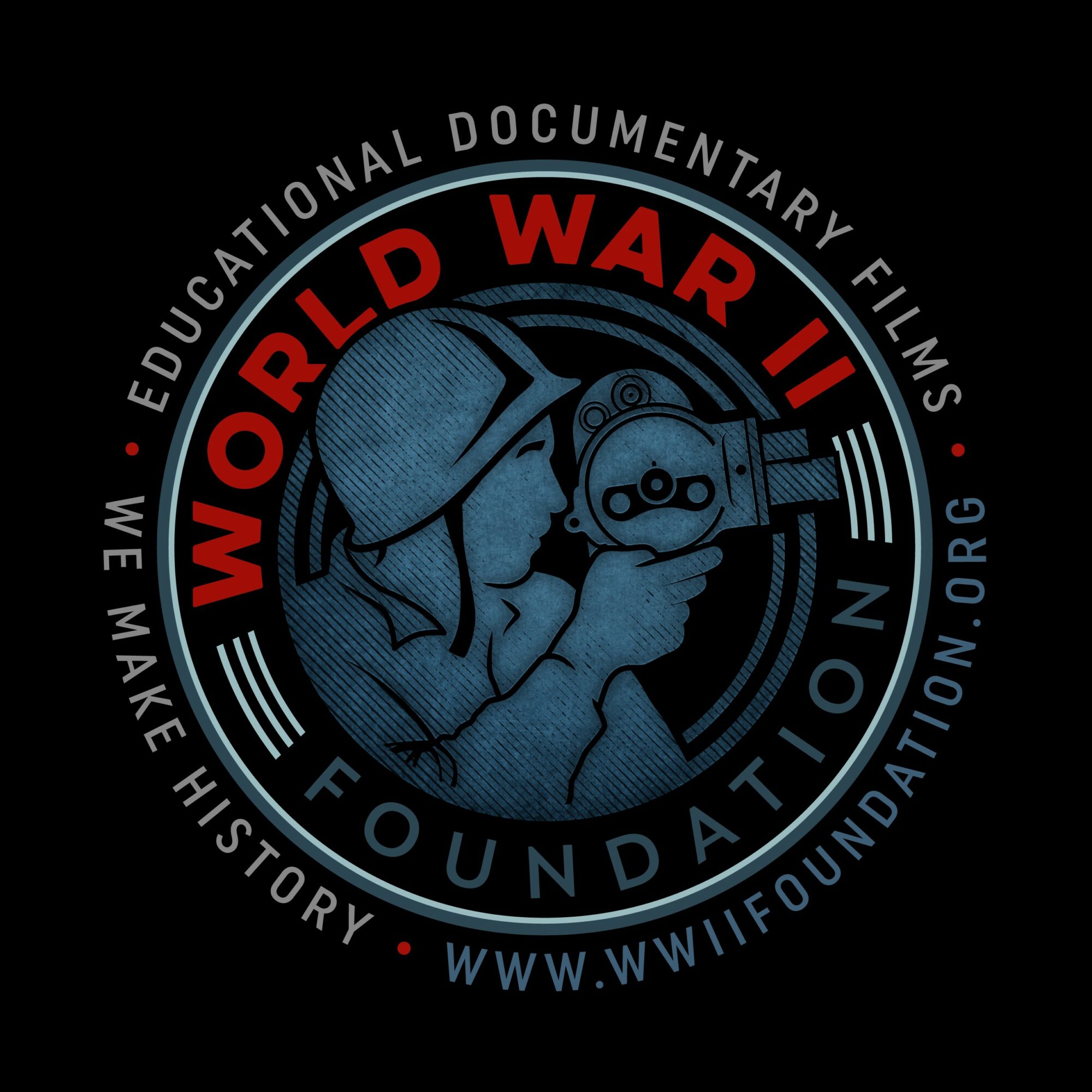 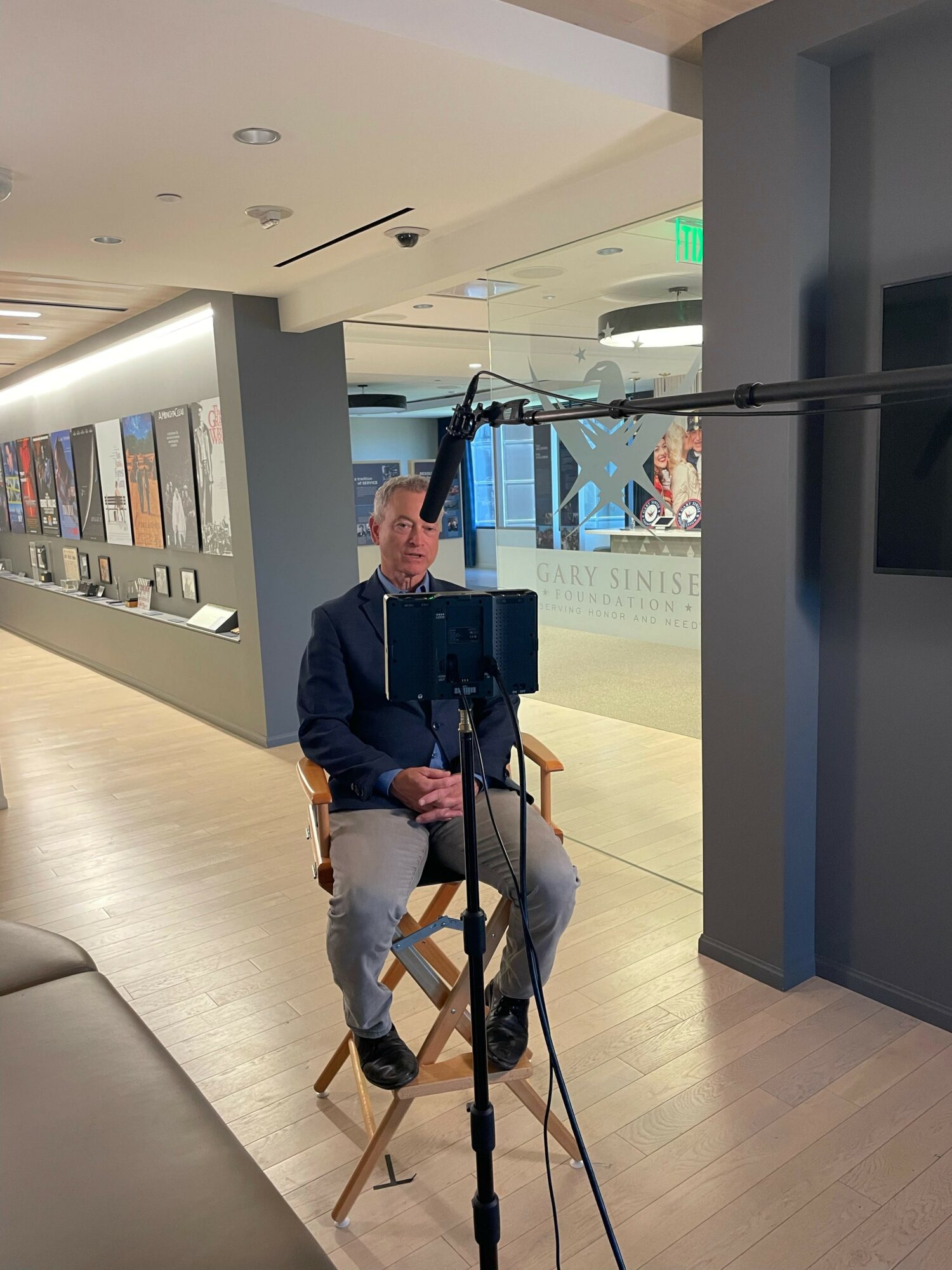 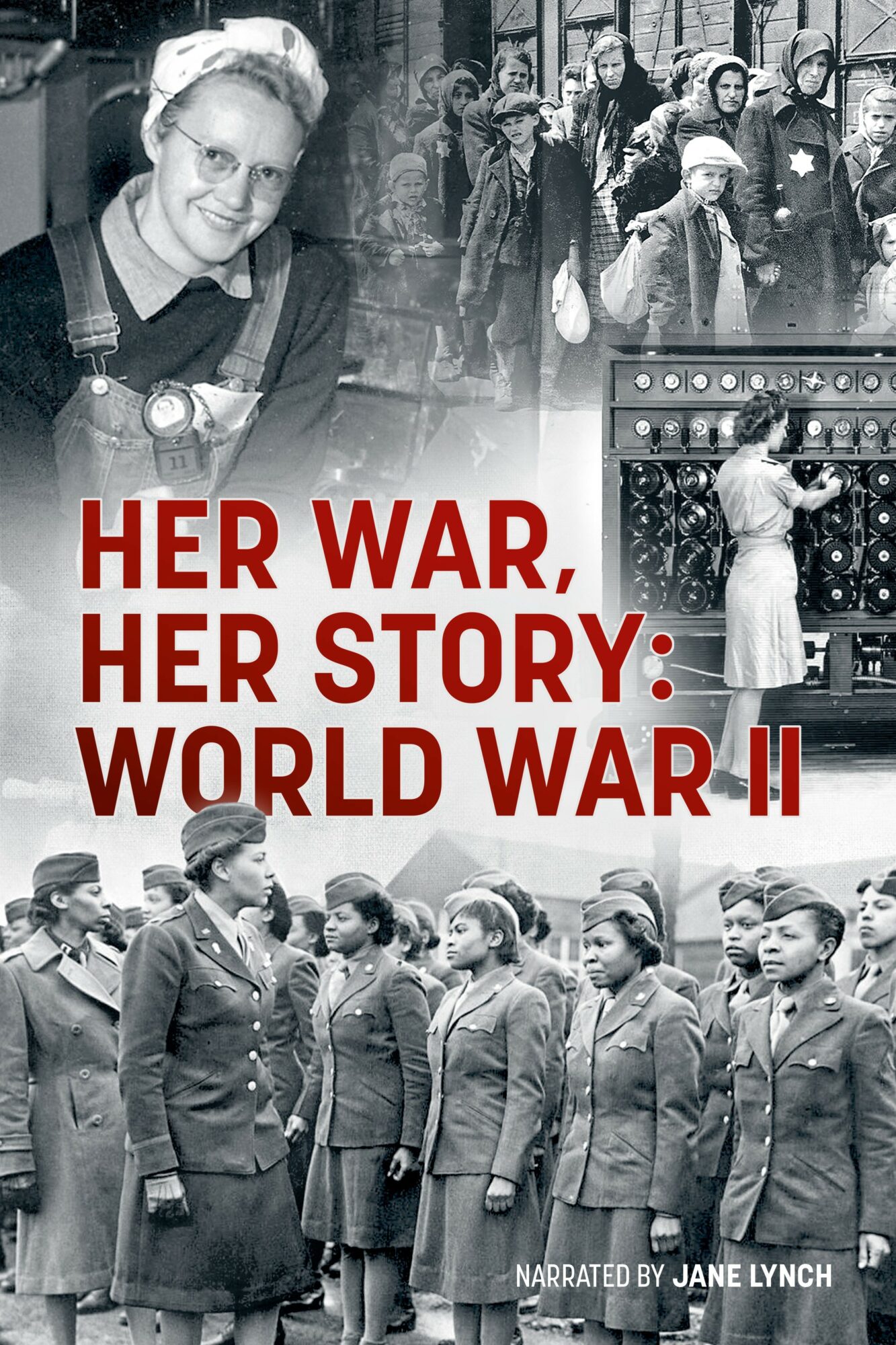 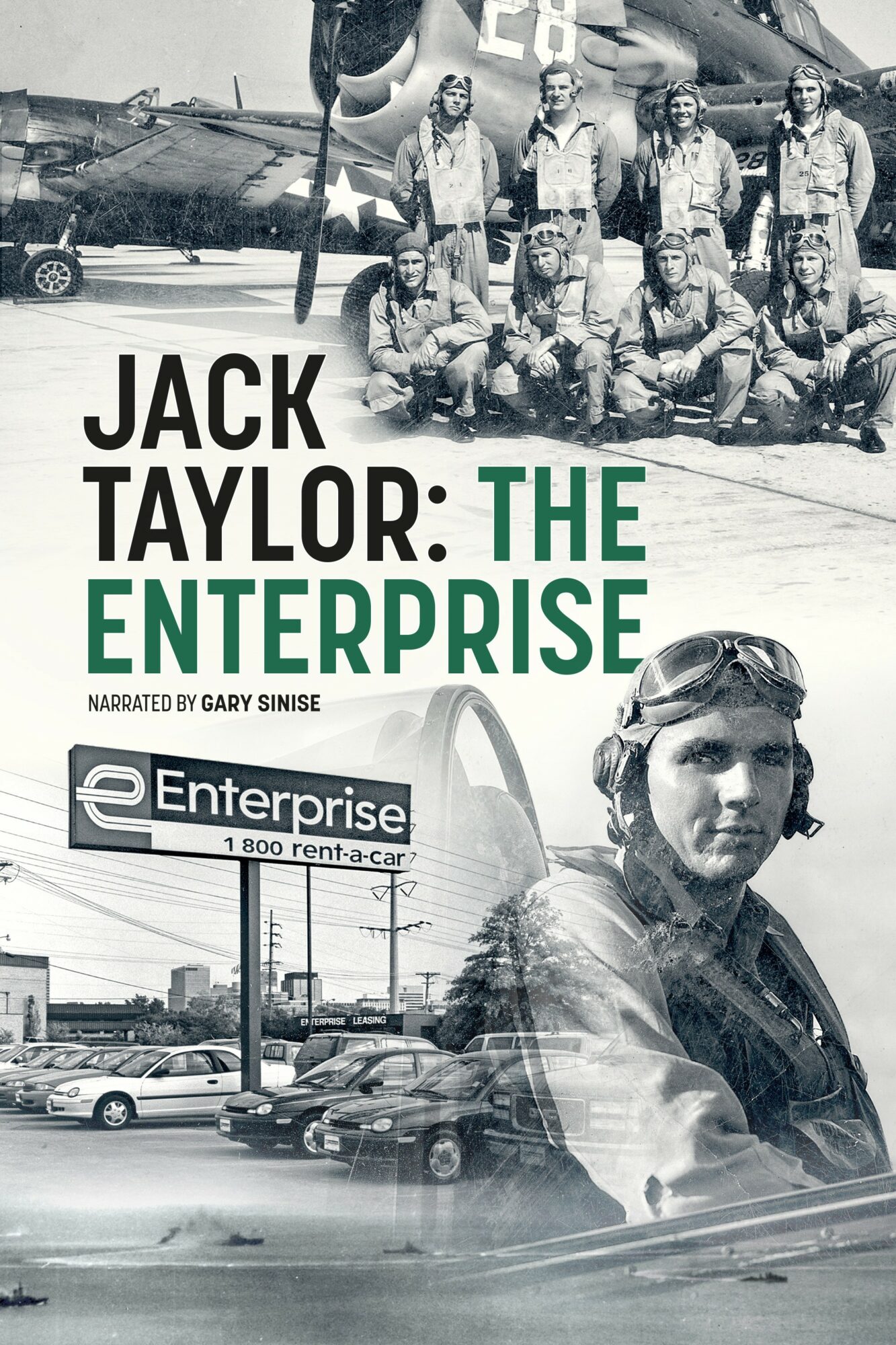 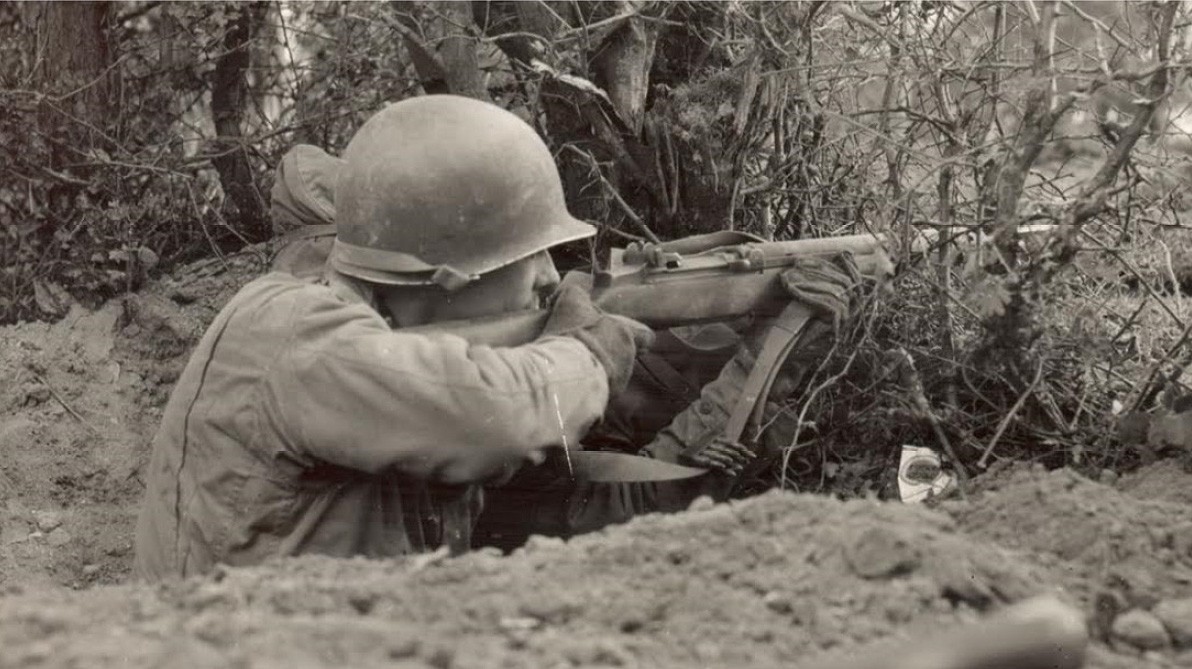 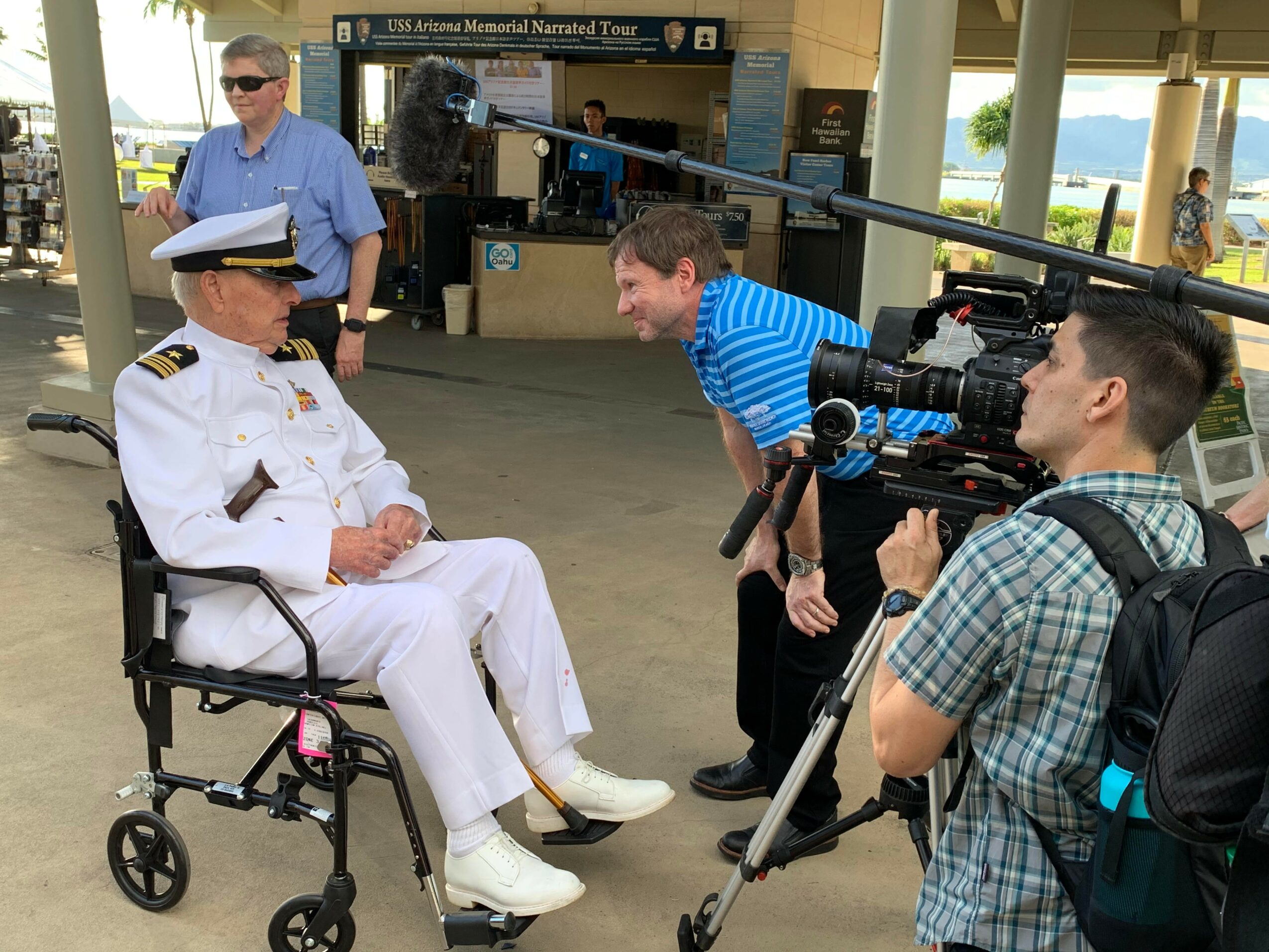