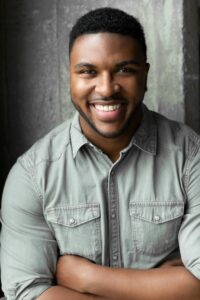 Today we’d like to introduce you to Zachary Scott Clark.

Hi, so excited to have you with us today. What can you tell us about your story?
My story starts with a lifelong love of performing and film; I was always looking for creative outlets as a kid. At the young age of 13, I would perform stand-up in my church’s comedy show. I went on to host two local TV programs in St. Louis, “Close Up” and “Taking It to the Streets.” My desire to develop my range as a director, producer and actor inspired me to go after diverse roles. I’ve had the pleasure of working alongside John Goodman for Explore St. Louis while portraying Hall of Famer Bob Gibson in a St. Louis Cardinals tribute. My first film role came in 2010 as James in “Joint Body,” starring Mark Pellegrino and Alicia Witt. These early projects gained some notice shortly after I starred in live theater productions, starting with JPek Creative Work’s musical, “Real Life.” From there, each role has been a segue to the next. With that milestone performance under my belt, I was able to secure an opportunity to play the late great Dr. Martin Luther King Jr. in the well-received production of “The Meeting.” Next, I landed a role on NBC’s Chicago Fire as Alec Burks, a severely injured firefighter fighting a legal battle for justice amidst tragedy.

As much as I’ve dedicated myself to honing my skills while on screen, I also wanted to master the arts behind the camera. The project “Pieces of Forever” is a documentary I directed about the relationships between education, music, and film presented by the St. Louis Symphony and the Centene Center for the Arts. The 2022 film Honorable follows the pivotal connection between Muhammad Ali, Maya Angelou, and Malcolm X, where I got to stretch my legs in the industry. I donned multiple hats as a Lead Actor, Co-Director, and Producer. More recently, you can find me as Ottoman Moore in the modern Othello-inspired film “Oscar.Tango.Hellwater” and the Christian Film “The Gift of Grace” streaming now on Amazon Prime.

No matter the creative medium, I aim to start with optimism. No matter the project, I focus on uniting, uplifting, and overcoming obstacles. Part of this focus extends to my work as an Acting Coach. I’ve taught Fundamental Acting for grades 6-8 and led seminars for collegiate students and adults. I offer private and group sessions where I share my decade of experience as an entertainment professional. I’m excited to work with aspiring talent and hope they continue reaching out.

Can you talk to us about the challenges and lessons you’ve learned along the way? Would you say it’s been easy or smooth in retrospect?
One challenge I had to face head-on was being an introvert, which doesn’t truly work in my chosen industry. I met other challenges daily, but I would say that for a time, fear ruled my mind. I would have severe panic attacks before and after auditions. Before, I would spend the time stressing over doing every little thing the “right” way. Afterward, I would worry, thinking there was much more I could or should’ve done. So much of that time, I felt alone and didn’t see a way to success. There was this chasm in my mind between where I was and where I wanted to be. One day after a particularly bad round of this mental punishment to myself, I pulled over in tears on the side of the road. I had what I saw as another “failed” attempt based on what I thought was expected of a “model” aspiring actor. I was frustrated with myself, fed up with overthinking, and tired of failing with no clue on how to be better. That’s when the silence came, and I started actually to pray for the first time as a young man. I poured it all out and asked God about the dreams I’d envisioned since I was a kid. How could I make that dream real? How could I become the man I said I wanted to be “when I grow up”? Most importantly, “What am I afraid of?”

The answer to these questions came in the first form of responsibility and full acknowledgment of who I was at that time. I was often unprepared and uneducated on how to increase my development in my craft. I was also unaccepting of some impossible variables to control and go along with the industry. I had to adjust my focus to the blessings and tools already mine. I’m grateful for what God continues to reveal to me, and I remain open to facing the truth. I do what’s on the path, forget the rest, and I’m happy on the journey.

Appreciate you sharing that. What else should we know about what you do?
What I do continues to change and evolve daily. I’m always working on something, whether auditions, research, or practice. I’m grateful to be a member of SAG-AFTRA and for the talent, and agencies supporting me and pushing me as I grow my brand as an actor, director, and producer. We’ll release the Honorable project soon, and I can’t wait for everyone to see it! I’m also expanding my coaching services to cover more of the fundamentals and my unique method of acting.

Can you talk to us about happiness and what makes you happy?
What makes me happy are the things that keep me grounded. In acting, you have to embody the character you’re playing totally. One of the things I teach my students is “ Don’t Act, Be!”. When I step into a role, I work to build on the story about that character. It takes a great deal of focus and energy. This means downtime is crucial for me. I’m happy to spend time with family and friends; meditation and prayer are essential. I also love working with my hands. Any task that involves fixing, repairing, and building to form a finished product creates not only a sense of accomplishment with each task but a peace that uplifts my spirit. Also, I’ve learned the power of smiling, and it’s something I’m always happy to do. I gain so much by focusing on finding joy in any situation. A simple smile can shift your entire mood. Smiling has saved me and created light even in the darkest of times. 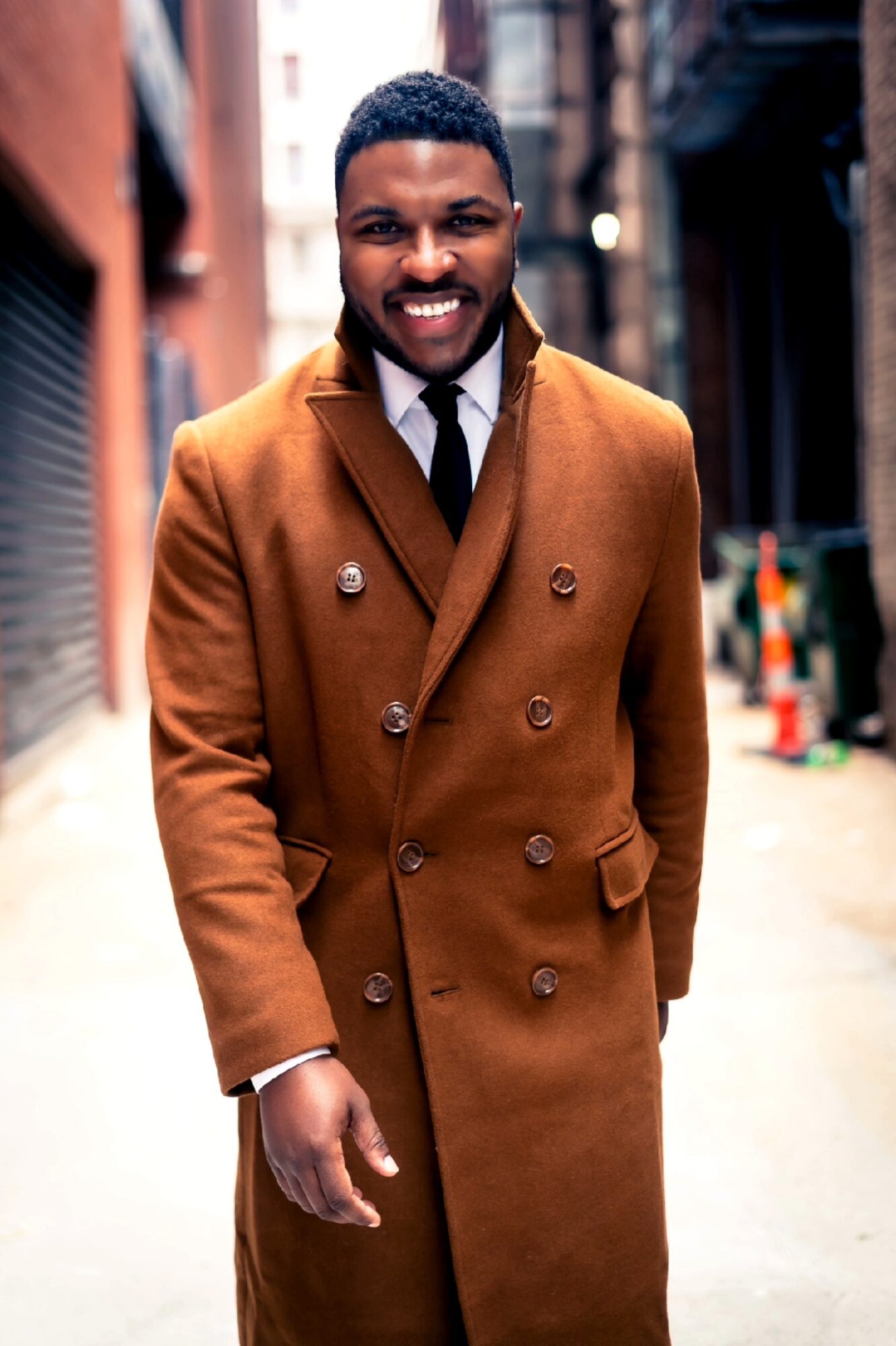 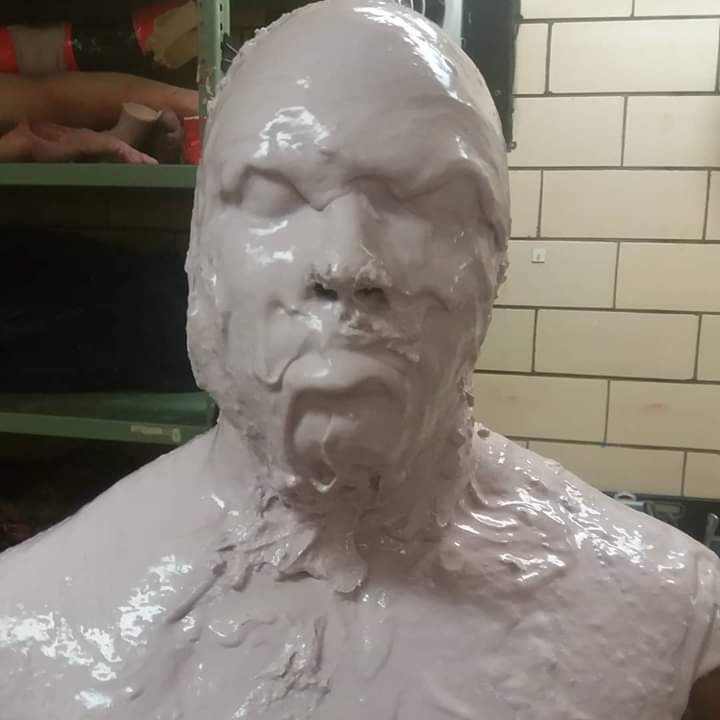 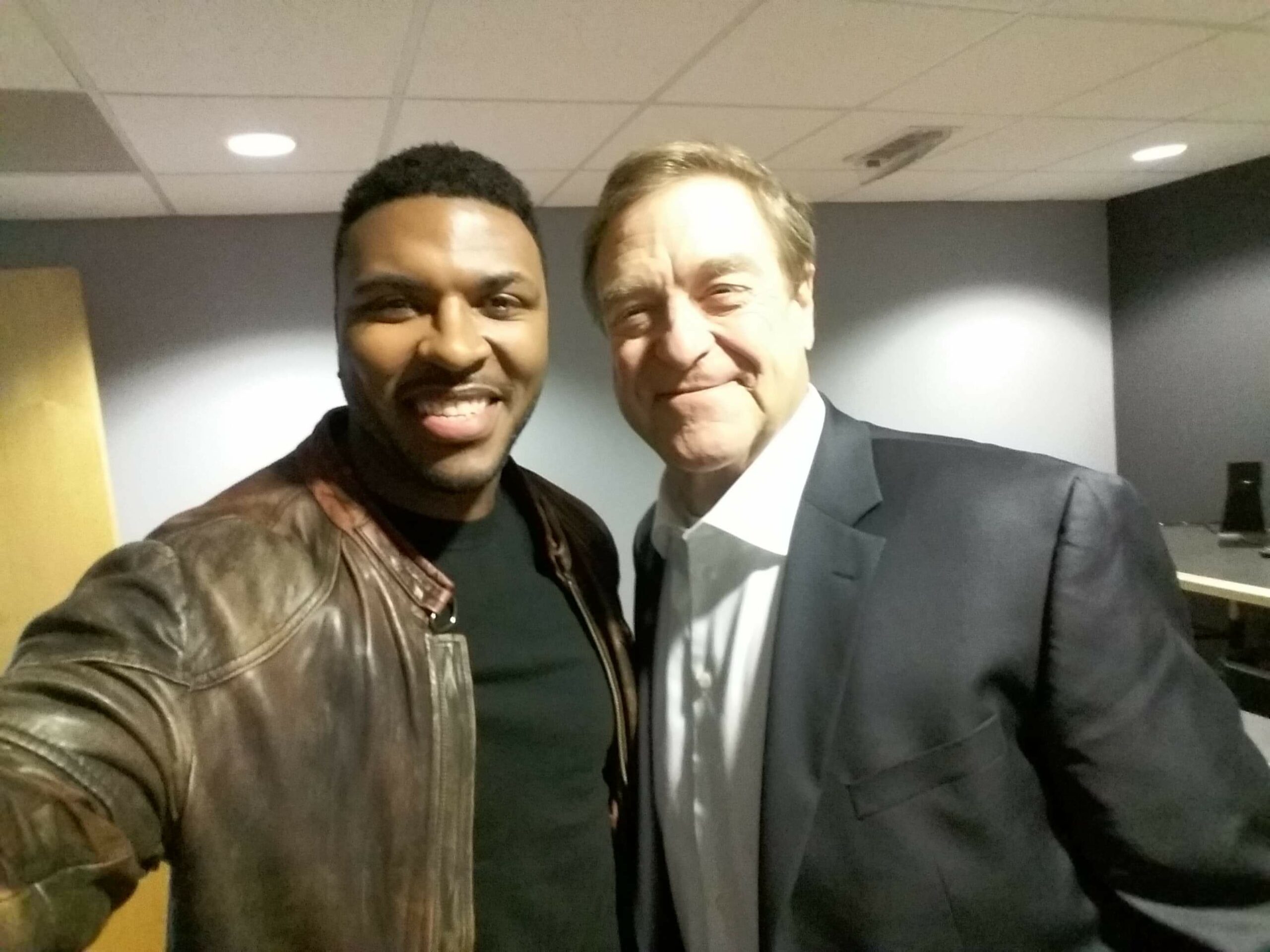 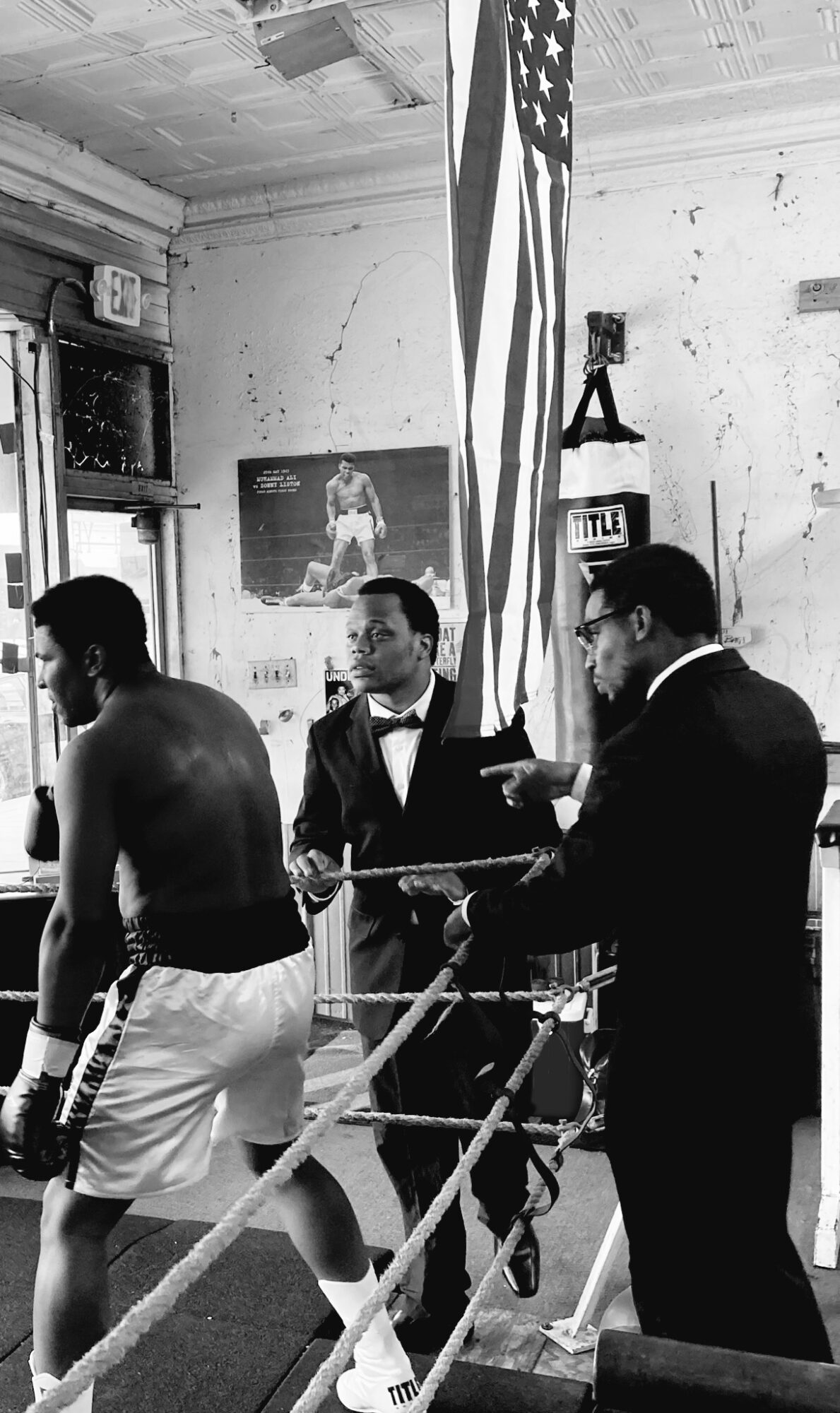 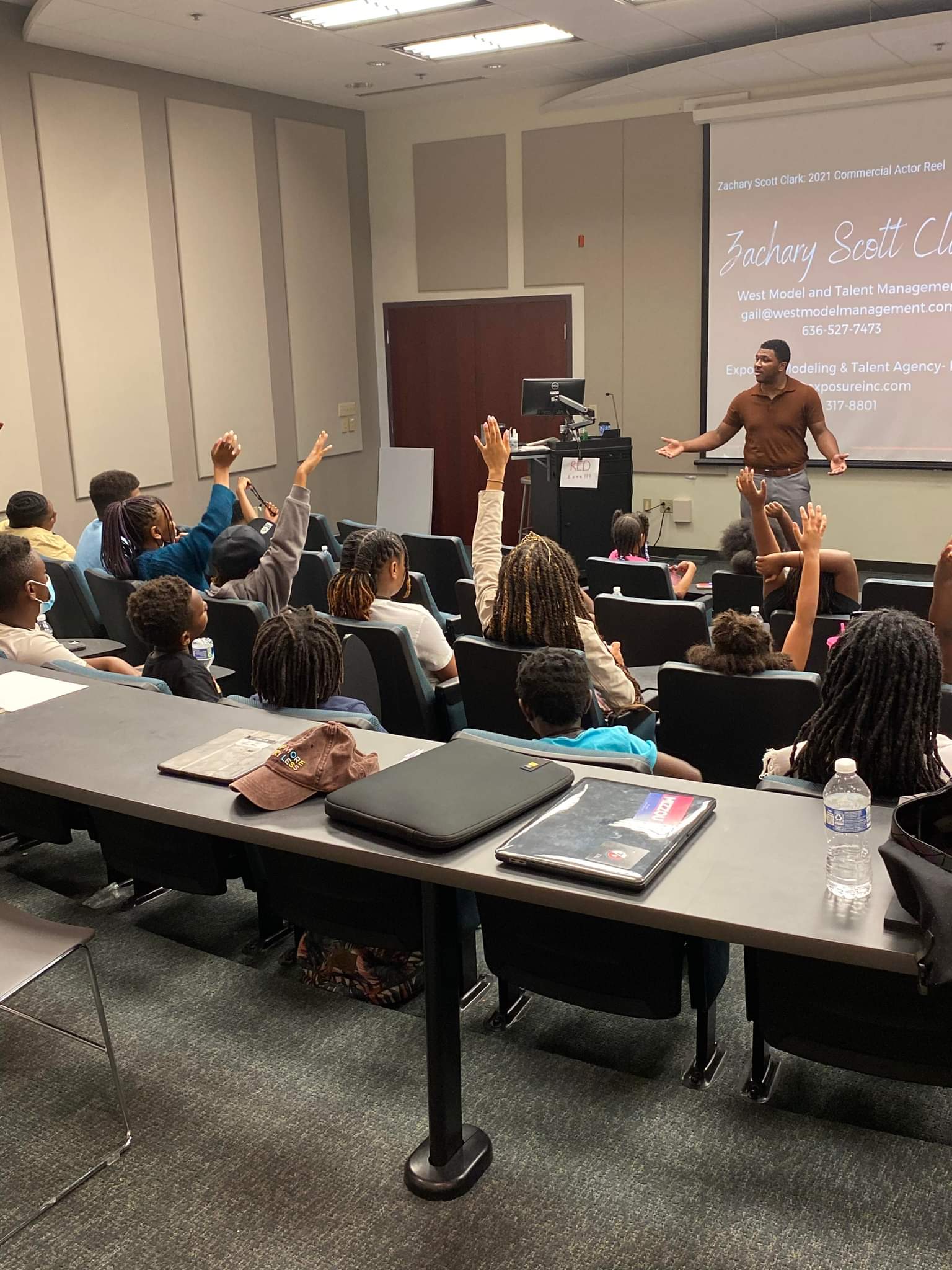 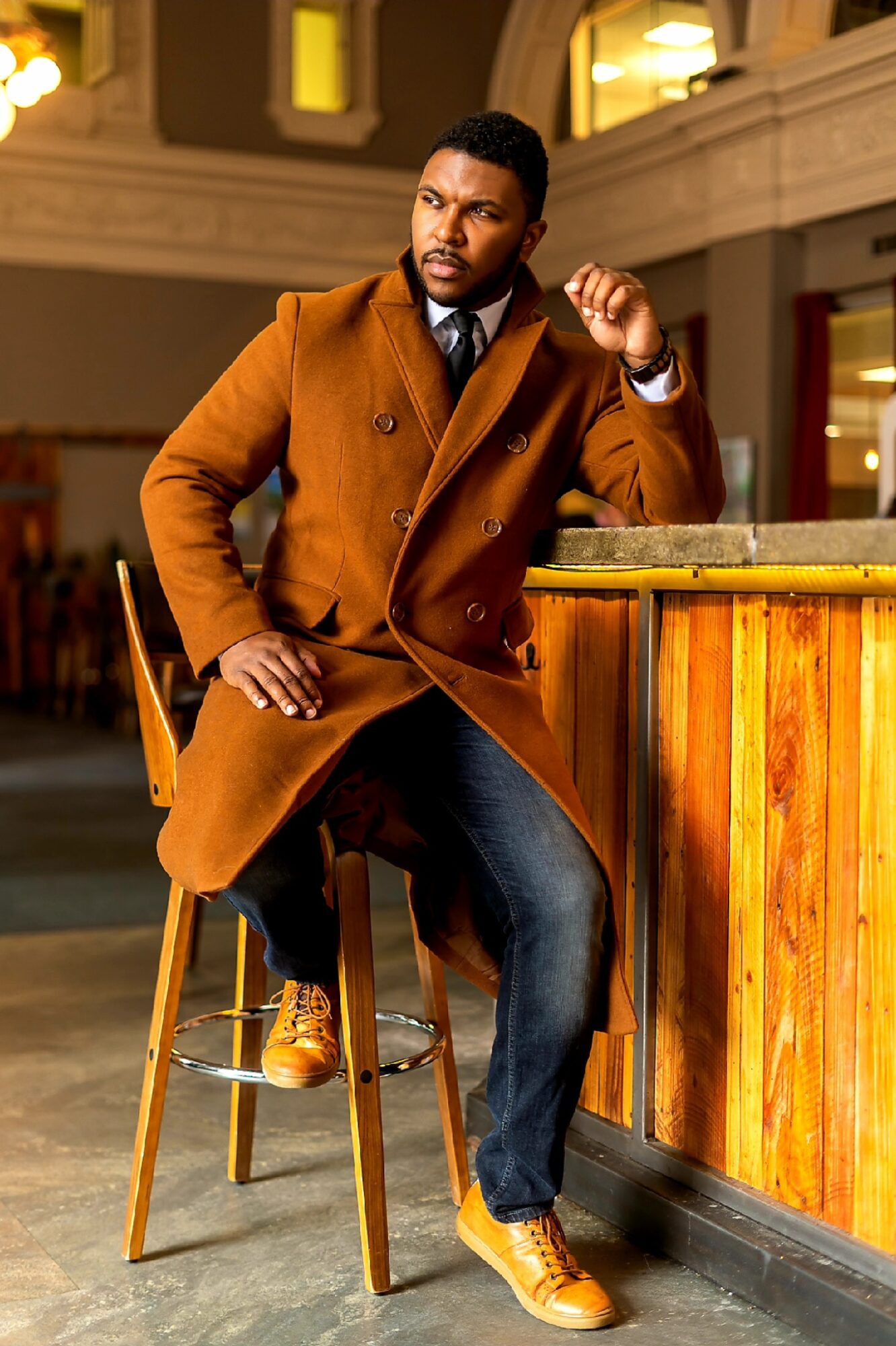 Suggest a Story: VoyageSTL is built on recommendations from the community; it’s how we uncover hidden gems, so if you or someone you know deserves recognition please let us know here.