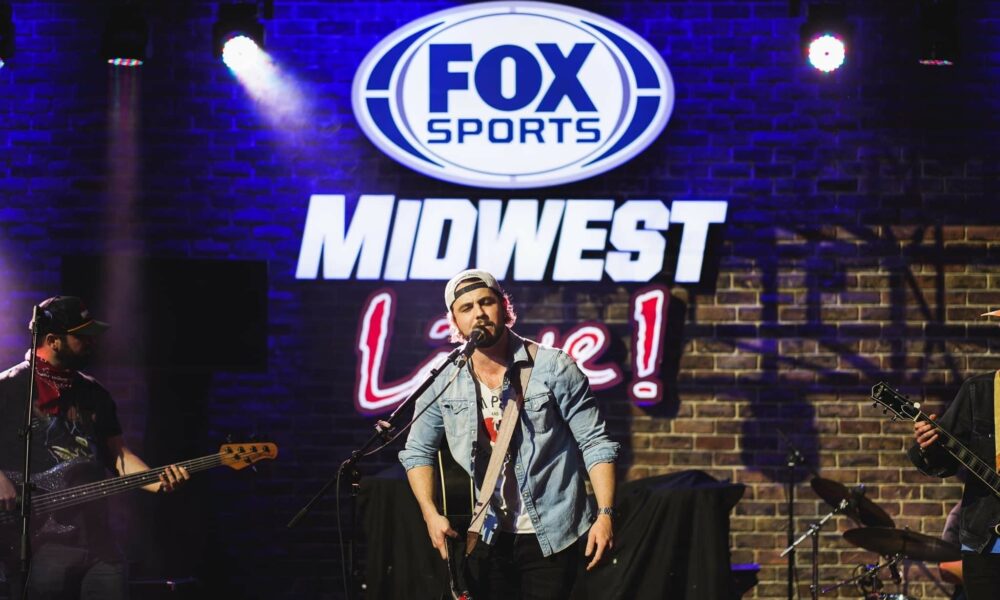 Today we’d like to introduce you to Matt Jordan.

Hi Matt, we’re thrilled to have a chance to learn your story today. So, before we get into specifics, maybe you can briefly walk us through how you got to where you are today?
I grew up listening to my dad’s music – all the American Rock and songwriting classics – Bruce Springsteen, Tom Petty, The Eagles, Jackson Browne, Bob Seger, Cat Stevens, James Taylor, Bob Dylan. From a very young age, my dad introduced me to the importance of songwriting and lyrics. I remember being a young kid, just 6 or 8 years old, and him playing songs for me and explaining why certain lines and lyrics were brilliant, how the writer turned phrases and used words to tell a story. While other kids my age were listening to punk pop and rock, I was listening to my dad’s music and as far as I was concerned, it was the best music in the world.

I started playing guitar when I was 8. I didn’t take it seriously back then, but I learned enough chords to fumble through some songs. My siblings both played music too, so we’d play together in the basement – I’d drum, my sister would play piano and sing and my brother would play guitar and sing. We weren’t any good, but that’s how I started getting into it. I’m the youngest of the three of us and I was very close to my siblings – their friends were my friends, so when they both went off to college when I was a sophomore in high school, I had a lot of free time on my hands. That’s when I started taking music more seriously. I had time to kill, so I picked up the guitar and started to really learn how to play it. I started writing songs – all of which were horrible, but I enjoyed it enough to keep doing it. Me and a few friends from school put together a band. We played school talent shows, charity events and private parties enough for me to figure out that I really loved being in a band and being on stage. We talked about going to college together to keep the band together, but decided that was not the right move. So we all went off to different cities for college and I was without a band.

I started college at Butler University in Indianapolis. That’s where my brother was. I was just a few years behind him, so we overlapped for a bit and started playing and writing songs together. The summer between my freshman and sophomore years of college, I spent every night writing and that’s when I started writing songs that were actually not that bad. Ultimately, he graduated and moved back home to St. Louis and I was still in Indy. I had fallen in love with writing songs and kept doing it, even though we were no longer playing shows. I realized that writing songs was my passion, the first ‘hobby’ I’d ever picked up that I really loved. My songs were still not great, but they were getting noticeably better. I submitted one to the American Songwriter Lyric Contest and it placed. That was the first ‘industry’ validation I’d ever received. I thought I was bound for the stars.

After my sophomore year at Butler, I decided to make the move to Nashville. I enrolled at Belmont University for my the last two years of college, got a business degree and spent my nights and weekends writing songs with other folks in Nashville, playing writer’s rounds and recording some of the songs I’d written.

I got married during my last semester of college to a girl who was from the St. Louis area as well. She was in nursing school at Vanderbilt. Once she finished her degree, we moved back home to the Ballwin area. I found some guys to play in a band with and we started playing shows in St. Louis.

In May 2017, my wife and I welcomed a baby girl into the world and the band took some time off. Not sure what my next move was musically, or if there even was a next move, I just kept writing songs and honing my craft. After several failed attempts at getting my old band back together, I found brand new members in 2019 and have been playing with them since. In 2020, I released a single every six weeks and the plan was to be out playing a ton of shows to promote the new music. When the pandemic hit, live shows were off the table, so I just kept releasing music and spent my nights learning about how to grow my Spotify base and my social media presence.

That brings me to 2021. I’m still releasing music consistently. For the first 7 months of the year, I released a single every six weeks and am excited to release my debut EP, a collection of six songs on October 1st!

When we had our daughter in 2017, I didn’t see how I’d ever get to chase the dream again. But I loved writing enough to never stop and fortunately, that kept me going even when I didn’t know if or how I’d ever play live shows again.

The years without a band were discouraging to say the least. When I found a new band in 2019, my fire was reignited and I thought I’d finally get a chance to pursue music again. When the pandemic hit in early 2020, that was like a gut punch I didn’t see coming, but it didn’t take the wind out of my sails. It just caused me to pivot – if we couldn’t play live shows, that didn’t mean I couldn’t still release music and figure out the digital side of growing a fan base. So it was hard, but not so hard that it stopped me in my tracks.

Now that things seem to be slowly returning to normal, I’m cautiously optimistic that in the next year, we’ll be able to really give this a go – to get on the road and play shows and continue to release music and build my online presence and fan base.

Thanks – so what else should our readers know about your work and what you’re currently focused on?
My ‘specialty,’ if I have one, is lyric writing. I have spent years working to tell stories in relatable but unique ways. My music gets bucketed in the Country genre. Modern Country music is not known for its lyrics and storytelling and I think I differentiate myself by putting lyrics first over melodies and arrangements that feel like something between Modern Country and American Rock of the 1980’s.

I have a song called ‘Runaway Heart’ that is the most personal song I’ve ever written. When I finished writing it, I knew I personally loved it because it was so personal to me. But I didn’t know how people would respond to it. I decided to release it in early 2021 and see what happened. Rolling Stone Country did a write up of it and it has over 300k streams on Spotify. Those things kind of blew me away – the song I almost didn’t release because it was too personal ended up on Rolling Stone and I’m pretty proud of that. I would’ve never guessed that song would resonate the way it has.

What does success mean to you?
For me, success is getting to continue to make music that I love for as long as I want to do it. Of course, I have dreams of playing certain shows – The Ryman, Red Rocks, things like that. But I don’t feel like not having played those places means I’m not successful. In a world where most people are fine settling into the 9-5 schedule and accepting the status quo, success to me is not letting the dream die. Not letting the weight of the real world steal my passion and stop me from doing the thing that I love most. 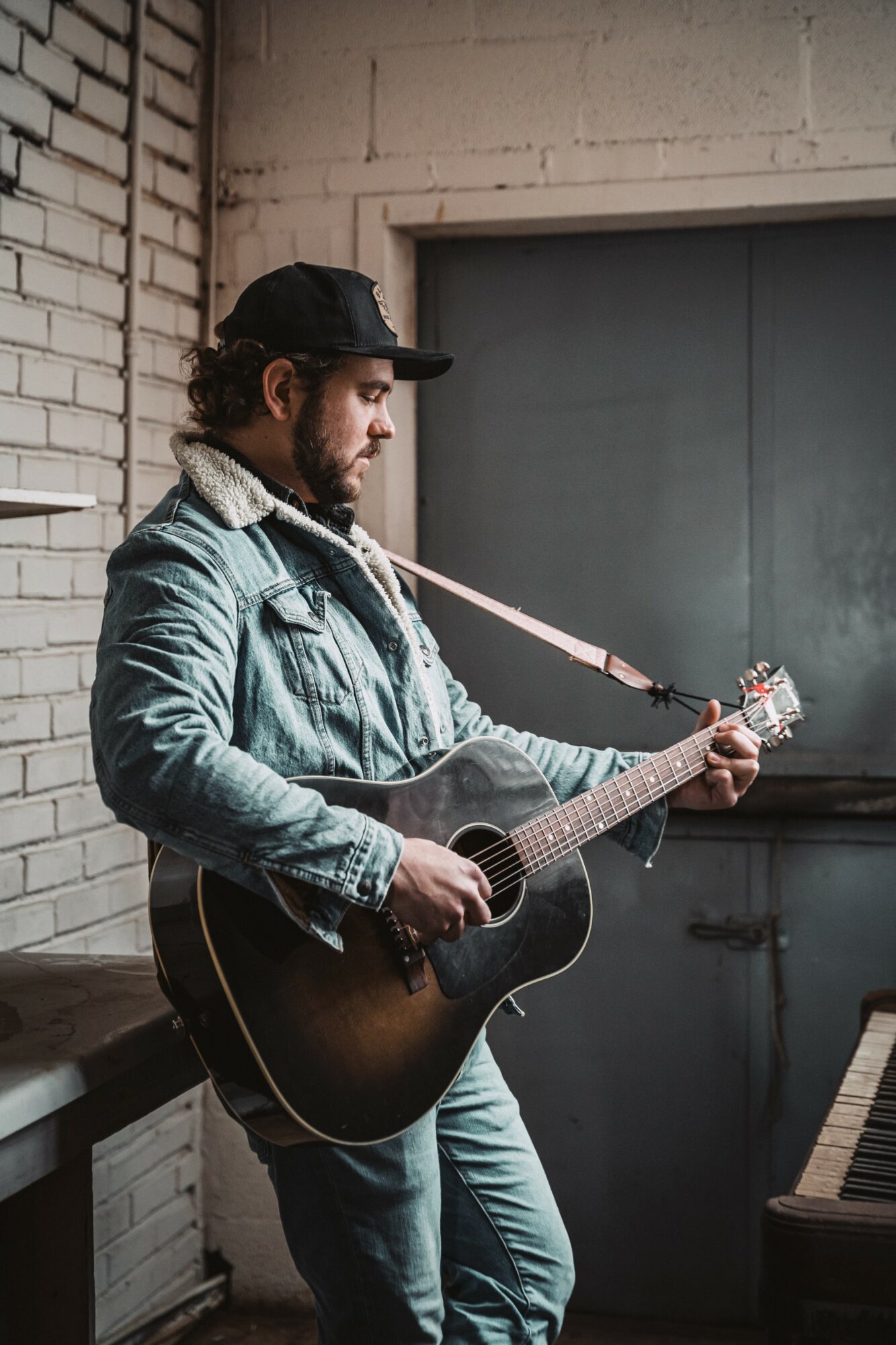 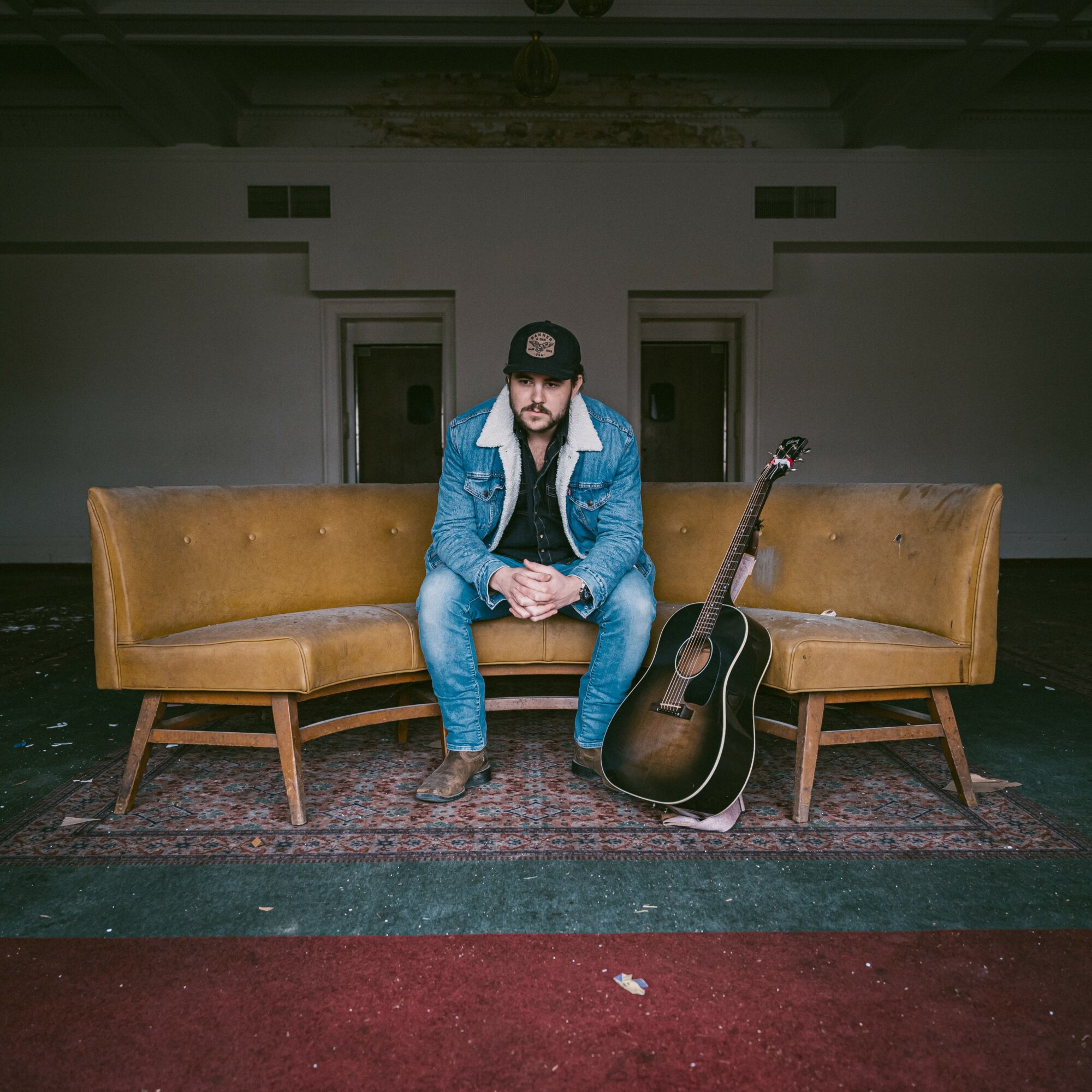 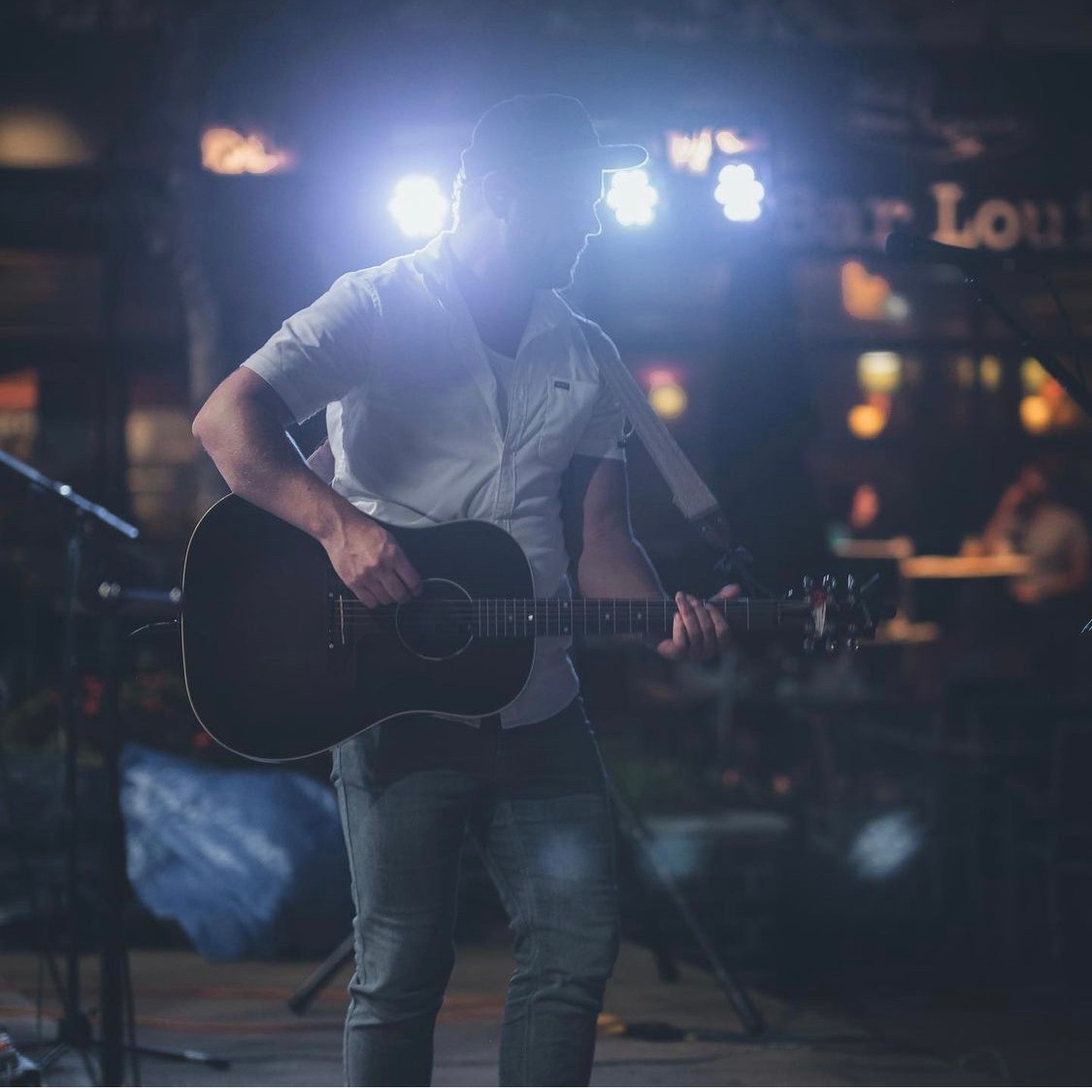 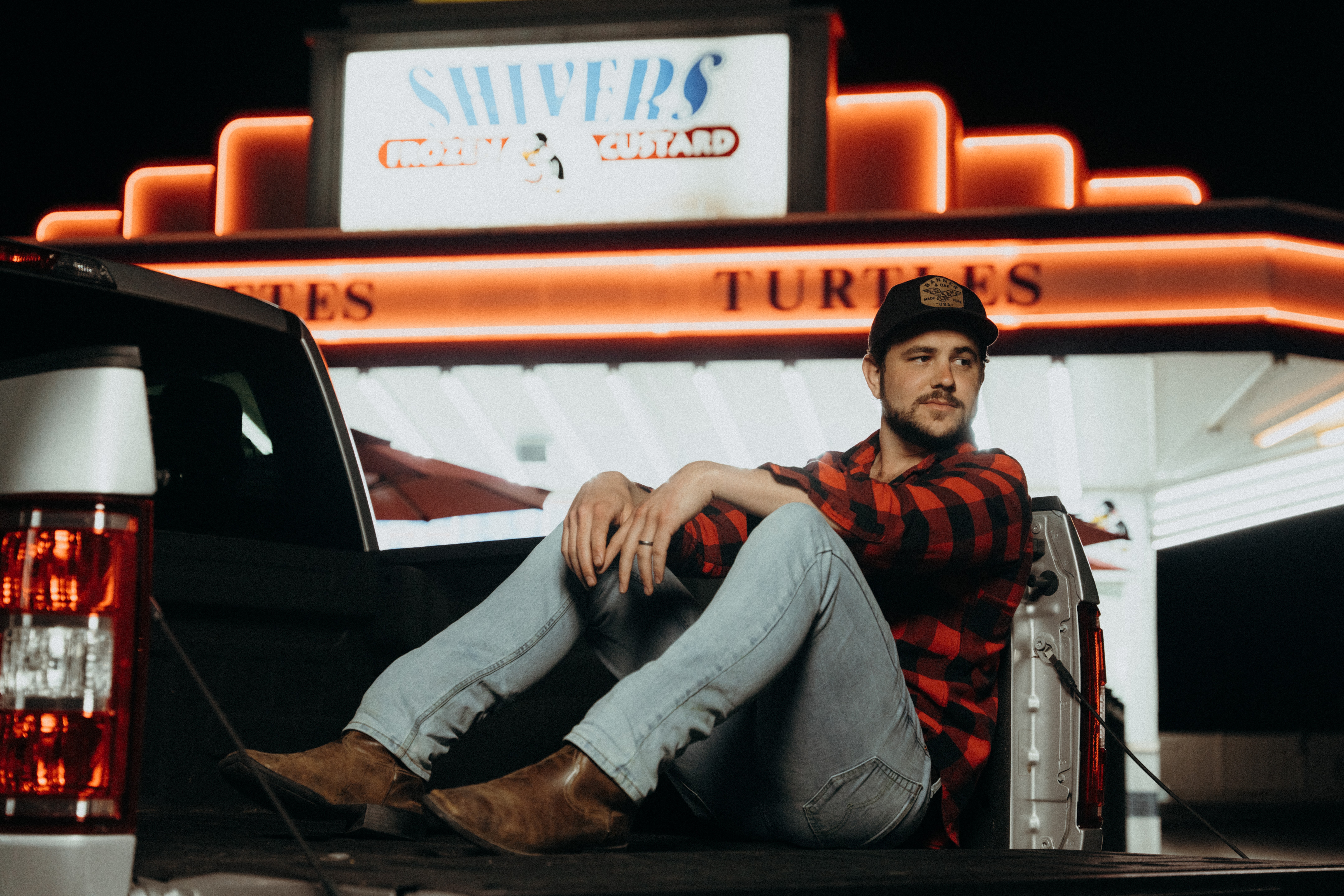 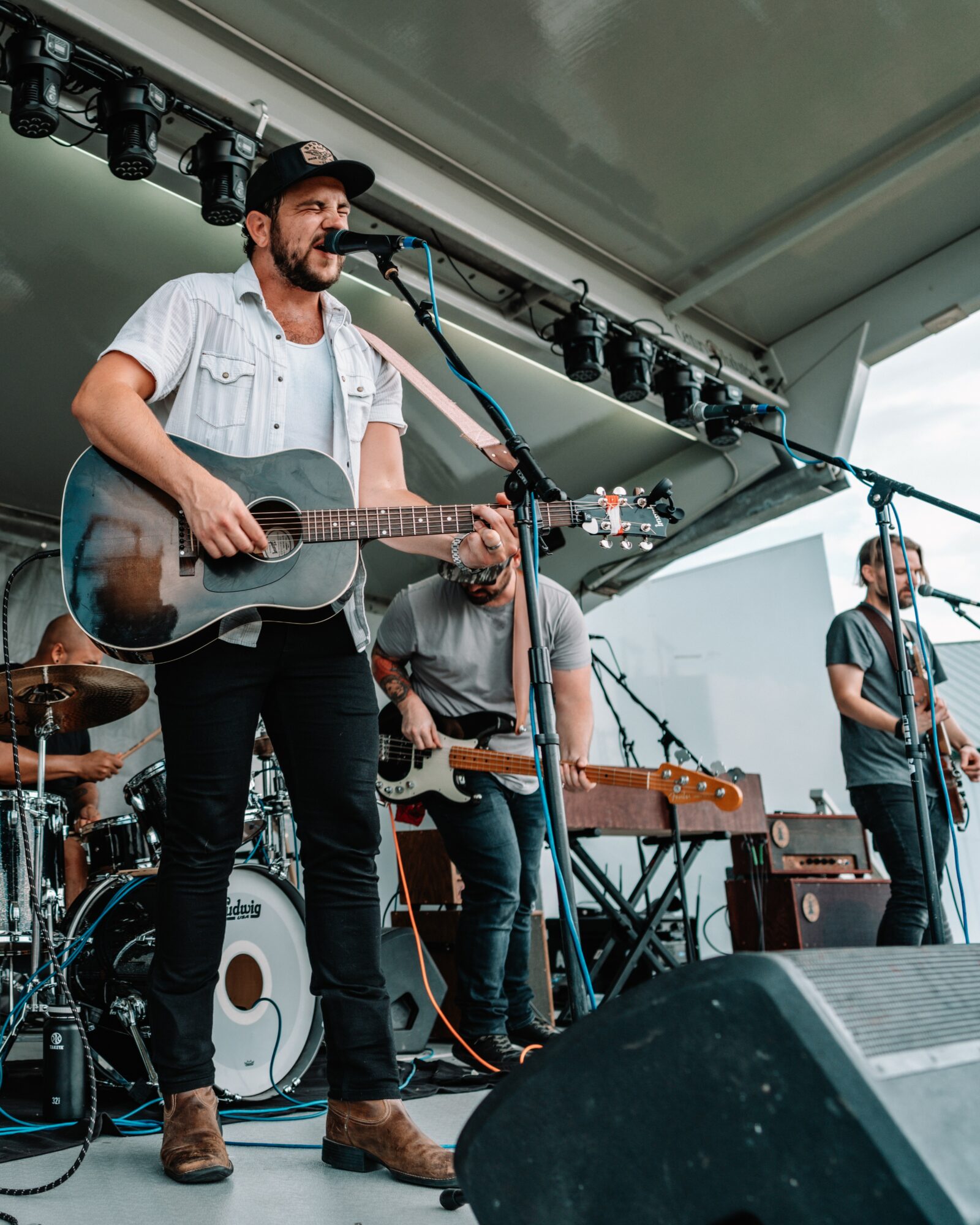