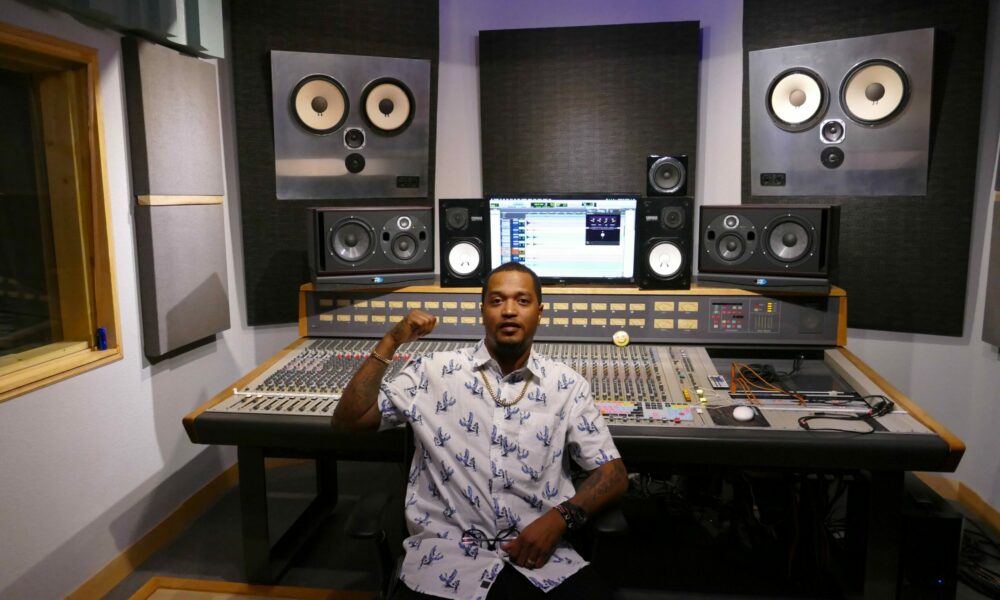 Today we’d like to introduce you to Vrs Tha World.

Alright, so thank you so much for sharing your story and insight with our readers. To kick things off, can you tell us a bit about how you got started?
I grew up in St. Louis and was inspired by music at a young age when my older cousin who was a DJ came to live with us. He would teach me how to scratch records on a turntable and from time to time I would go thru his notebooks and find rap lyrics written in them. I eventually started writing my own rap lyrics and began using music as a form of therapy on how to express my feelings. I moved around a lot as a child because I was always finding some way to stir up trouble. I can’t lie I was a troubled kid after my parents got a divorce and separated.

For instance, I got expelled from high school during my freshmen year in St. Louis for smoking weed on an ROTC field trip to the air force base in Columbus, Ohio. After I got kicked out of school my mom thought it would be best for me to go live with my father in Houston, TX. While in Houston, I was heavily influenced by Southern-style rap music like the Ghetto Boys, Scarface, UGK, Z-Ro, Pimp C, and many other Texas rap legends, etc… I’ve always wanted to do music but never really took it seriously as a career or something to make a living off of. After I finished high school, my life took a drastic turn, and I ended up in jail after a robbery went wrong. It was at this point in my life that I started writing relentlessly and taking music seriously.

When I was released after serving a year in jail, I got a computer, and recording software, and began recording my first album titled “Carolina Blues.” Having to serve 5 years on probation, I had no choice but to stay on the straight and narrow. I began producing beats and basically living in the studio. Unfortunately, a few years later after I made it off of probation, my father passed away from heart complications. I began drinking heavily to cope with the stress of losing my father. Before I knew it, I caught my 1st DUI charge, then my 2nd, 3rd, and finally my 4th which led me to serve a 2-year mandatory sentence in a South Carolina state prison.

During that time, I found myself, lost myself, and found myself over again. I would stay in my cell all day writing songs, coming up with new ideas, and rapping them for my cellmates. I quit all of my bad habits like smoking cigarettes, and drinking alcohol and began to work out on a daily basis. Unfortunately, I witnessed death, unfairness, and more violence than a human should consume in one lifetime in that place. I witnessed a good friend of mine who stayed in the cell next door die from an unknown cause and he only had a few months before he was to be released and go home to his family.

I also lost my sister unexpectedly from a rare form of breast cancer, and I wasn’t even allowed to go to her funeral or pay my respects. I became spiritually connected and began to look at life from a different perspective than before. When I got out of prison in 2017, I made a commitment to never go back and change my old ways by any means necessary. I moved to Dallas, TX for a fresh start. Got a full-time job as a machine operator at the distribution center. I Finally released my 1st 24-track solo album titled “Verse The World” independently through Cd baby. I started my own e-commerce business and built my credit to purchase my first house in 2020.

I used the money that I made from my business and trading Forex and Cryptocurrencies to put myself through audio engineer school at Recording Radio Film Connection. I graduated last year with a certificate in audio engineering and have my own home studio which I use to record clients, mix, master, and create my own music as well. I recently paid off all of my student loans of over 15k this year and released my new album “Love Few Trust None” featuring prominent artists like multi-platinum producer Zaytoven, Kurupt from DPGC, Young Buck, and internet sensation Crip Mac under my own independent record label “Verse The World Ent.” which is now available on all Digital Service Providers. I would like to say I did a complete 180 and overcame adversity.

Would you say it’s been a smooth road, and if not what are some of the biggest challenges you’ve faced along the way?
It’s been the bumpiest road ever filled with potholes, and roadblocks, but the main struggle was just getting the man in the mirror to focus, cut out distractions, and just go for the gold. I literally lost EVERYTHING I had when I went to prison Everything. I had a 7-bedroom house in Atlanta, filled with my clothes, studio equipment, tv’s, computers filled with music, photos, and memories, video game systems, a large collection of comic books that I saved since I was a child, money that I would save up and just put to the side, so many pairs of shoes it’s ridiculous.

I was a shoe fanatic. I lost it all and came out of prison with nothing but the clothes on my back that were given to me upon release through some type of goodwill system for prisoners. Although I lost all of my material possessions then, I didn’t lose the most important thing and that’s my mindset, ambition, integrity, creativity, talent, and the drive to never give up, bend, fold, or break.

Alright, so let’s switch gears a bit and talk business. What should we know about your work?
I currently run my own independent record label Verse The World Ent. I’m a rap artist, label owner, and audio engineer. I’m mostly known for my music and the creative style of my songs. I’m most proud of my son Dallas who just turned 1 last month and is now walking and getting into everything lol. He’s part of the reason why I wake up every day and grind so hard to accomplish these goals. On the business side though I’m also proud of my new album “Love Few Trust None” and the creative process it took to complete it.

I believe it to be my best work yet and can’t wait for the world to hear it. What sets me apart is my story, my work ethic, and my ability to stay true to what I believe is right. My story and my life experiences are so vast, diverse, and multifaceted. I believe I can touch on many issues that your average artist/person hasn’t experienced. I’m truly one in a million. Everyone has their own story, but my life is like a movie but it’s real. My music is so versatile and well cultured just like my life and upbringing. Everyone has truth, but most don’t speak there because they’re too busy trying to live someone else’s life or telling someone else’s story. I just live mine and tell my story because if we don’t tell our own story who else is going to tell it? I look up to people who set the standard or raise the bar in the game, not the followers.

I respect anyone for getting their money out here because if it doesn’t make dollars, it doesn’t make sense, but it’s about integrity and morals also. Music is a powerful tool that can be used to change the trends in the world, people’s behavior, and outlook on many issues in life. Truthfully, I’m not much of a fan of a lot of the new music and new artist out today. Seems like everyone is brainwashed or just trying to sound the same as everyone else who’s on the radio. There are a few that stand out, but not too many of them. I really don’t try to sound like anyone else. I sound like Vrs Tha World that’s what separates me from everyone else.

What quality or characteristic do you feel is most important to your success?
It has to be my work ethic. I truly believe when you continue to put in the work for the things you want, they will eventually become yours. I could’ve given up a long time ago and played the victim to society, but my integrity and work ethic would not allow such foolish behavior. 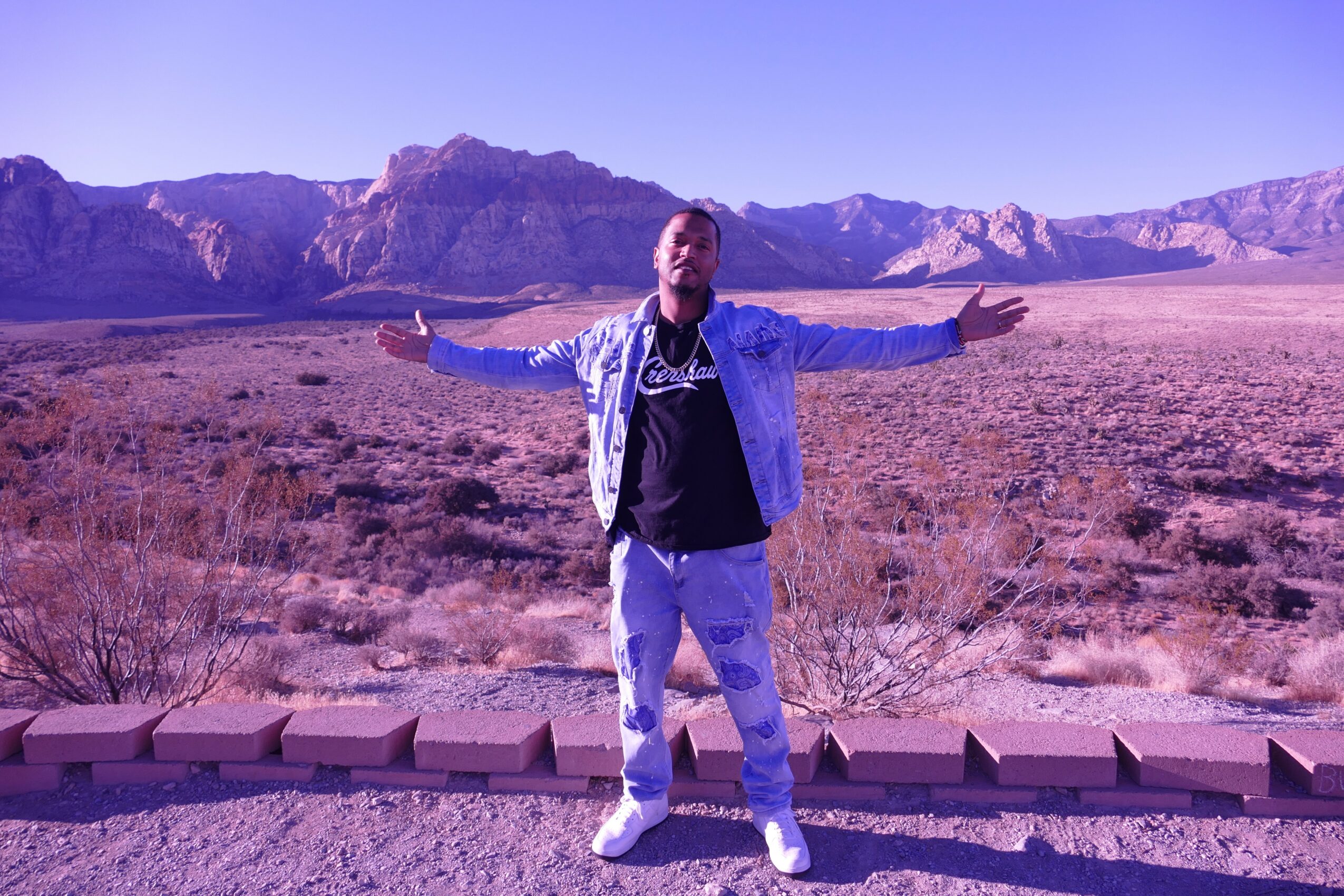 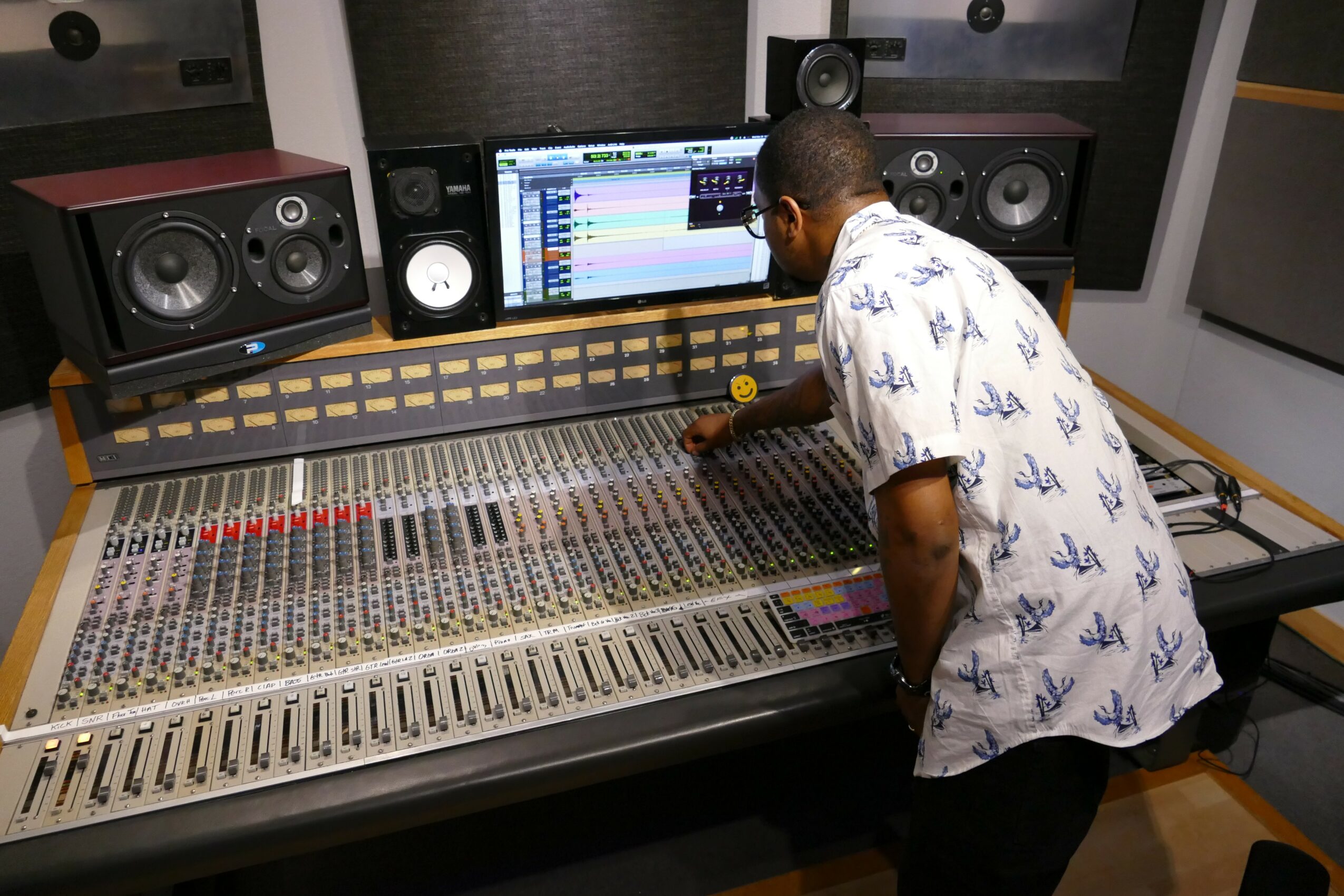 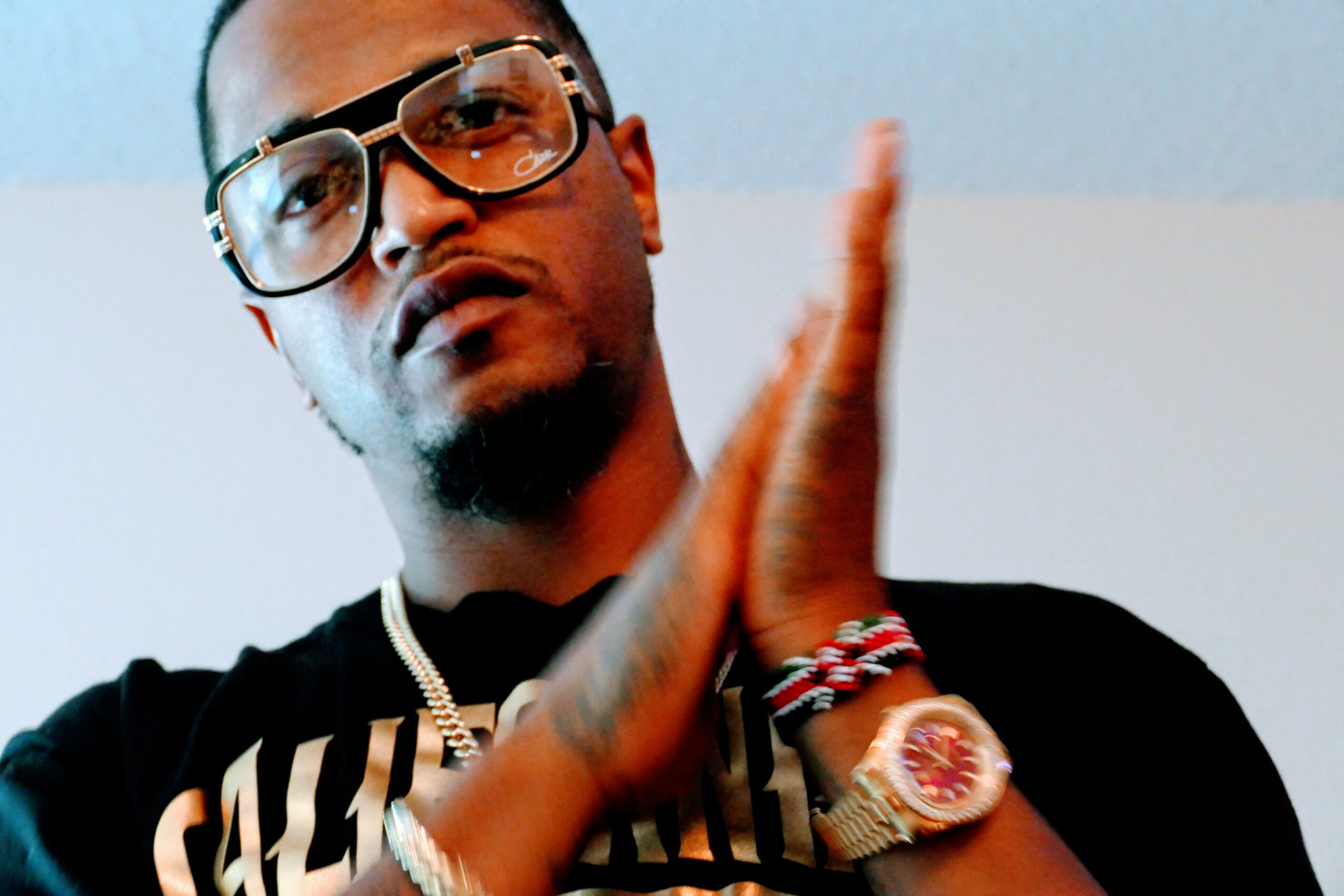 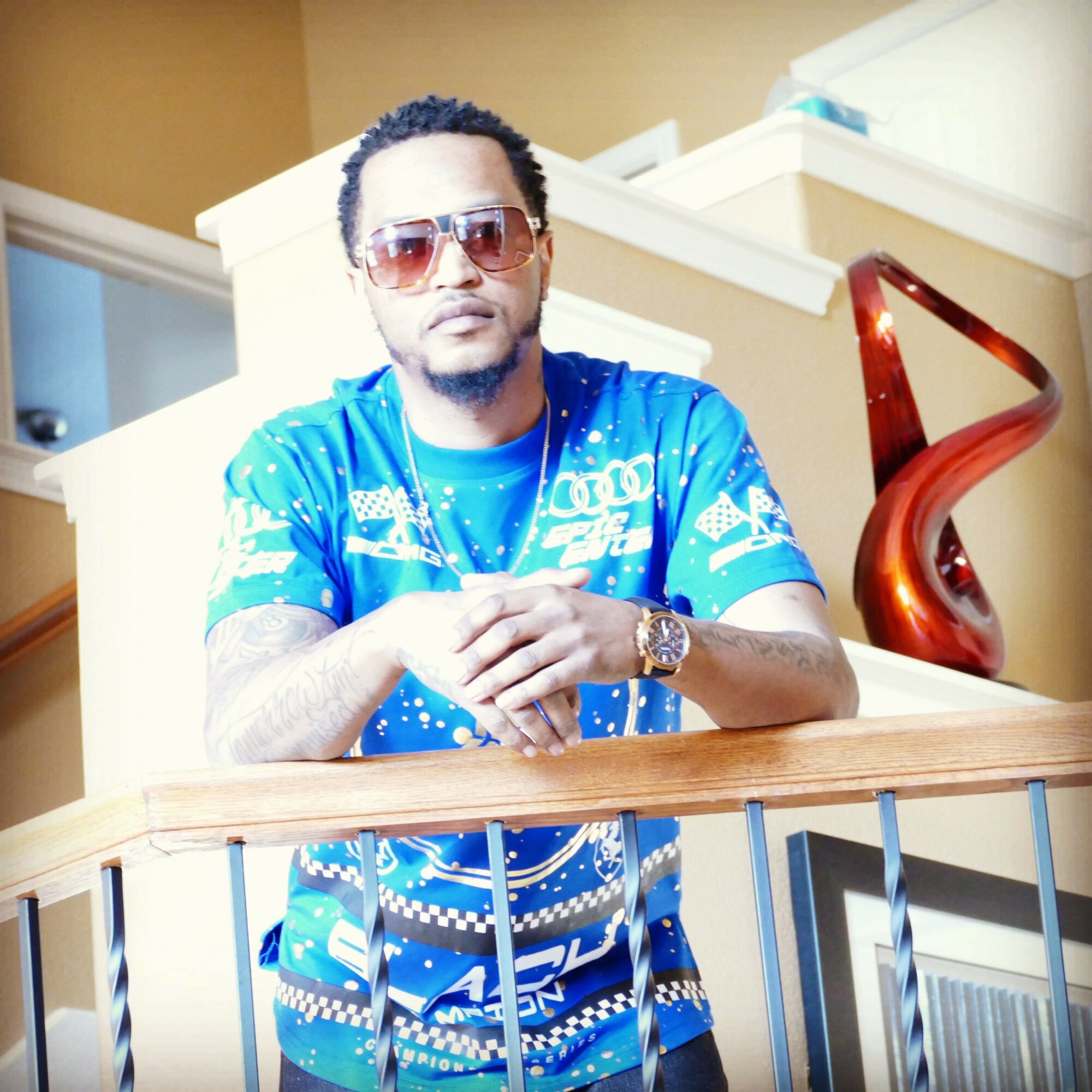